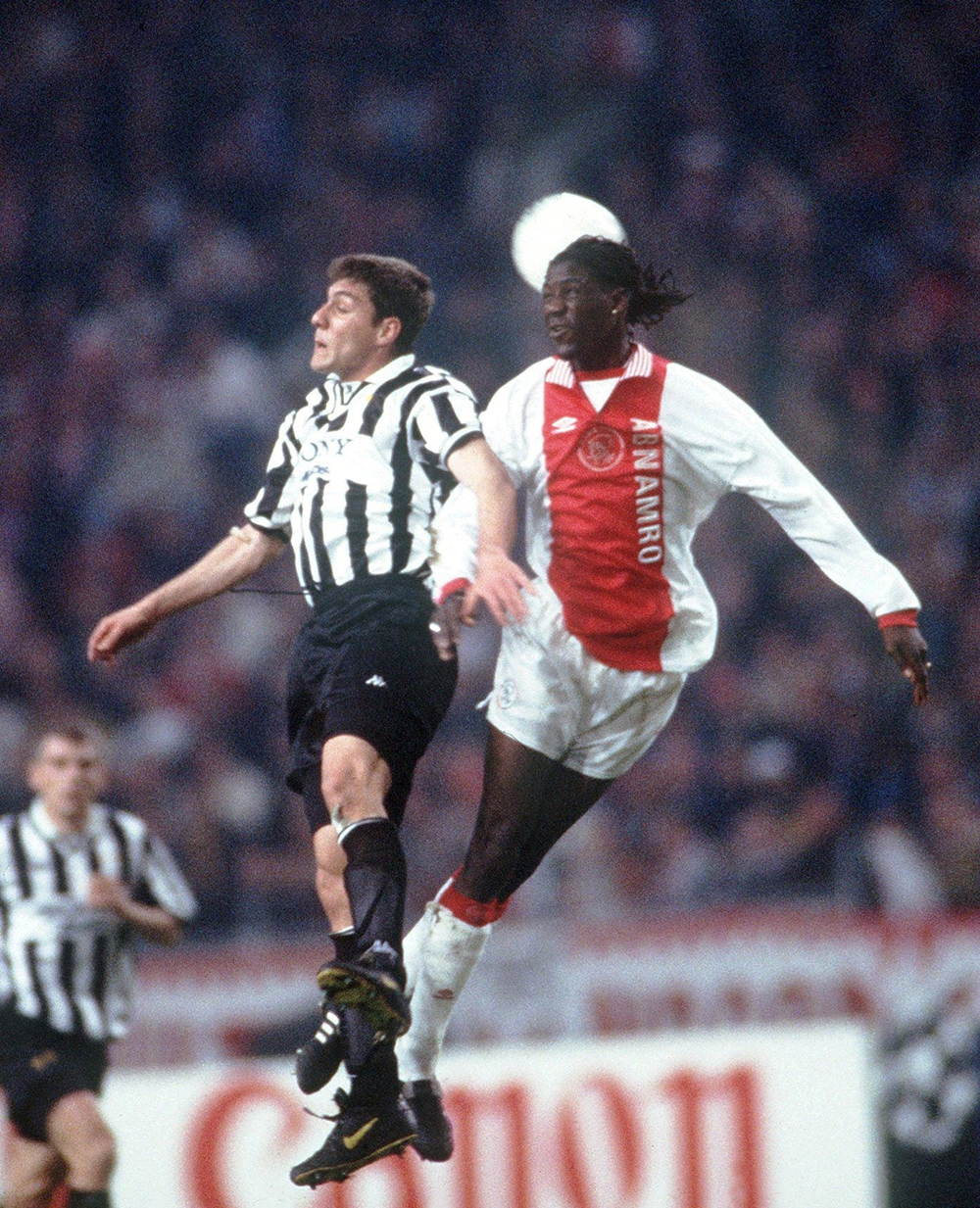 This shirt was worn by Arno Splinter during the first leg of Champions League’s semi final between Ajax and Juventus which took place in Amsterdam, “Joahn Cruijff Arena”, on April 9th 1996. Juventus defeated Ajax 2-1. Splinter was a bench player and he didn’t get in to the pitch. The shirt was given after the game to a Juventus’s official who lately auctioned it. Splinter was a defensive player who joined Ajax in the summer of 1996. He left the team in the summer 1999 and he totally played 13 games with the first team scoring three goals. 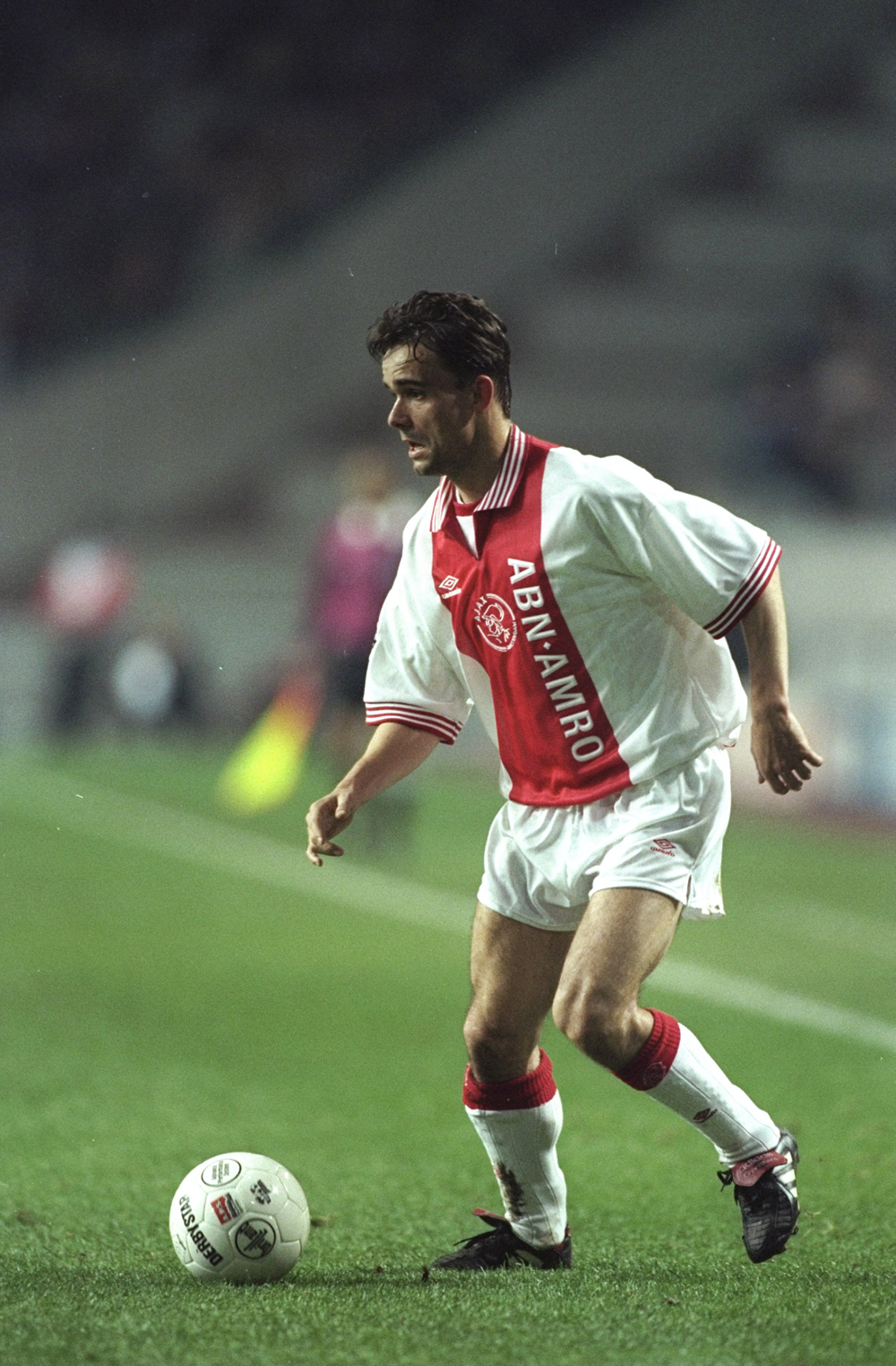 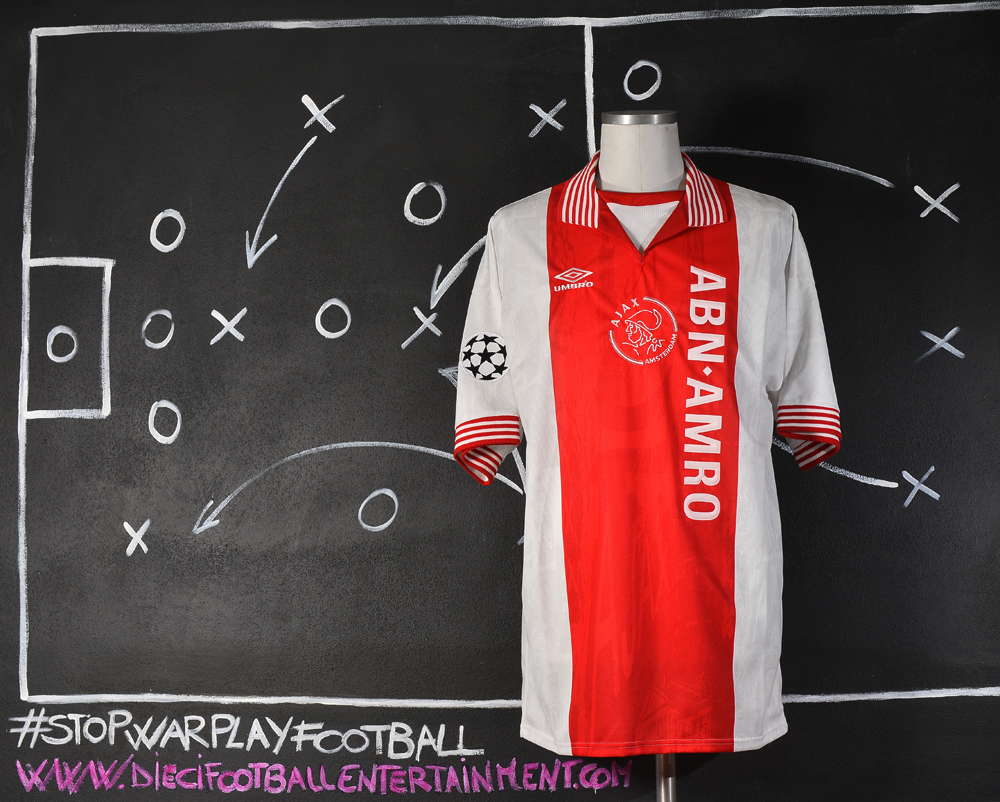 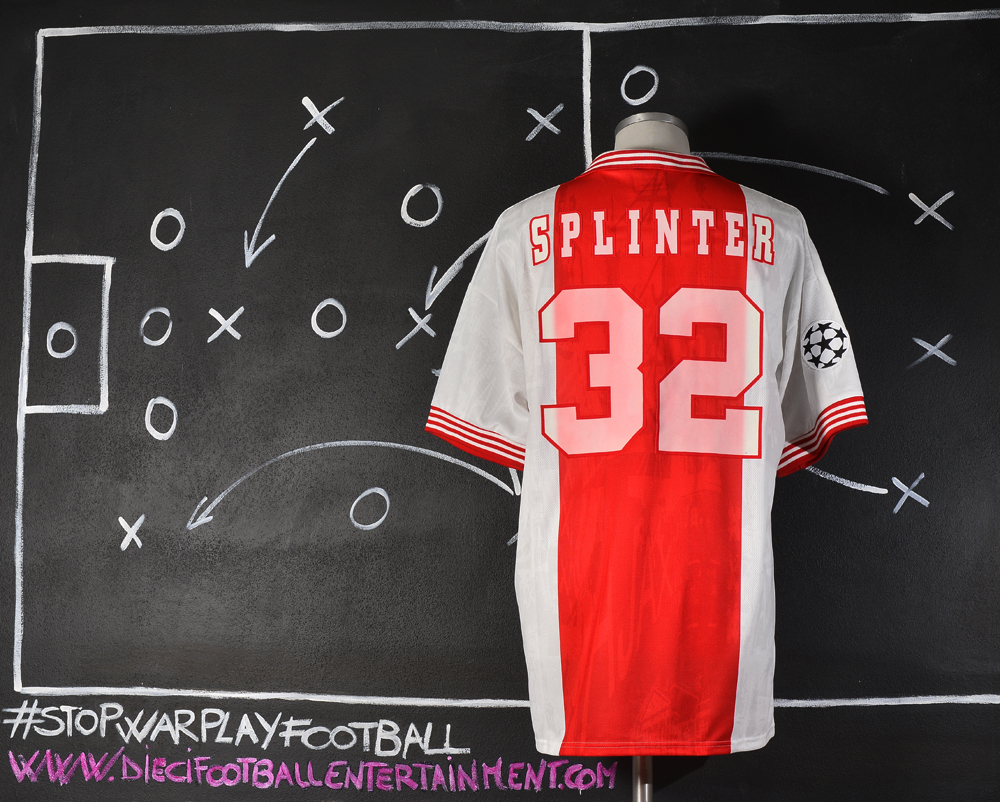 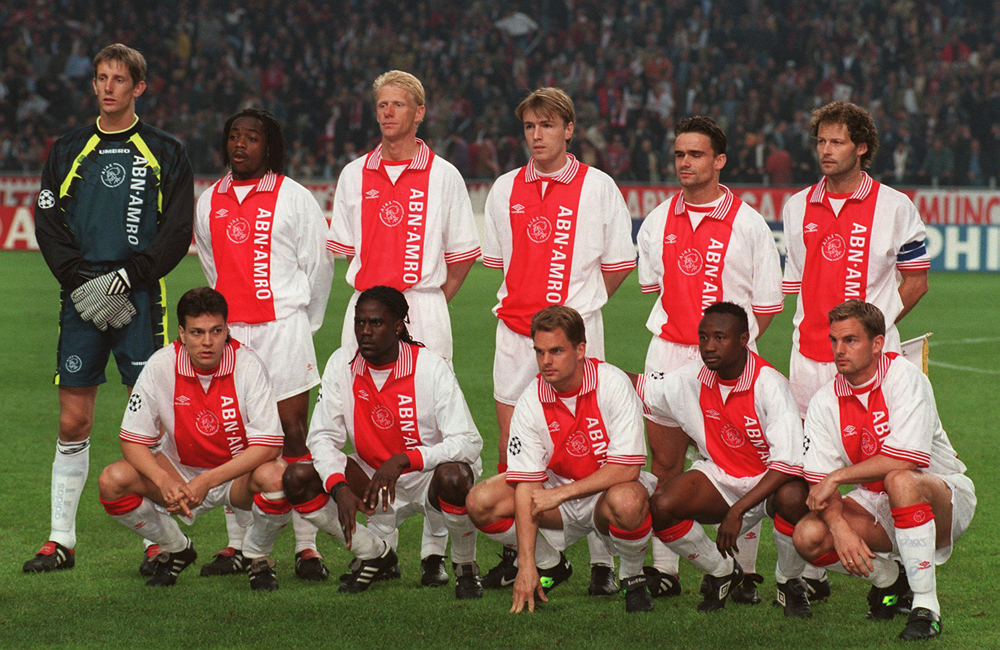 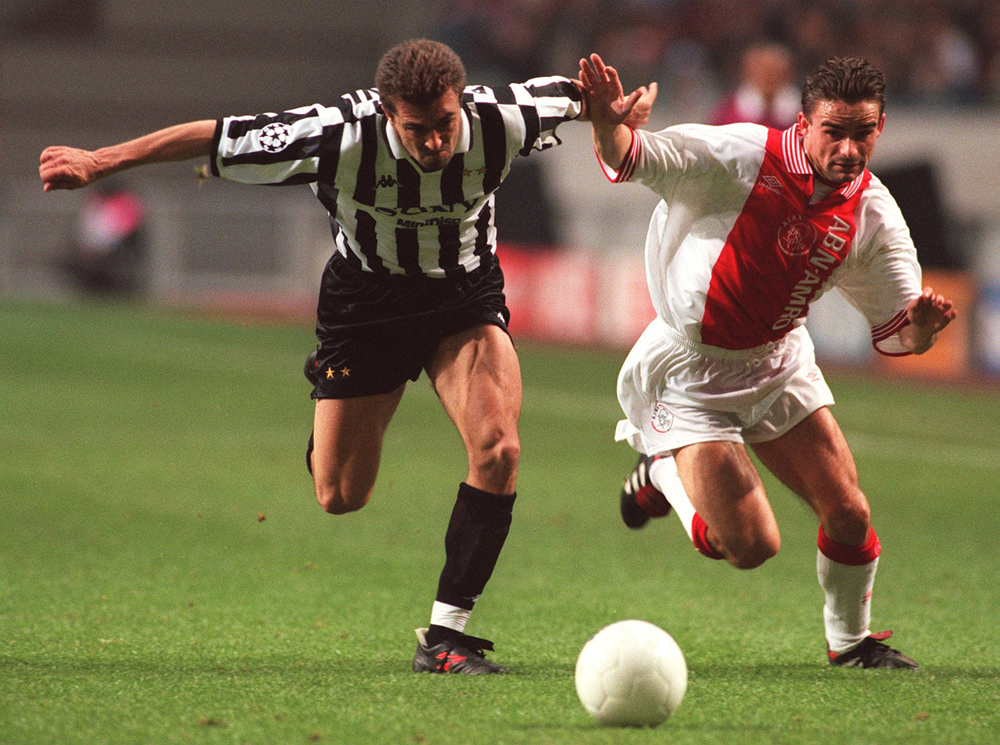 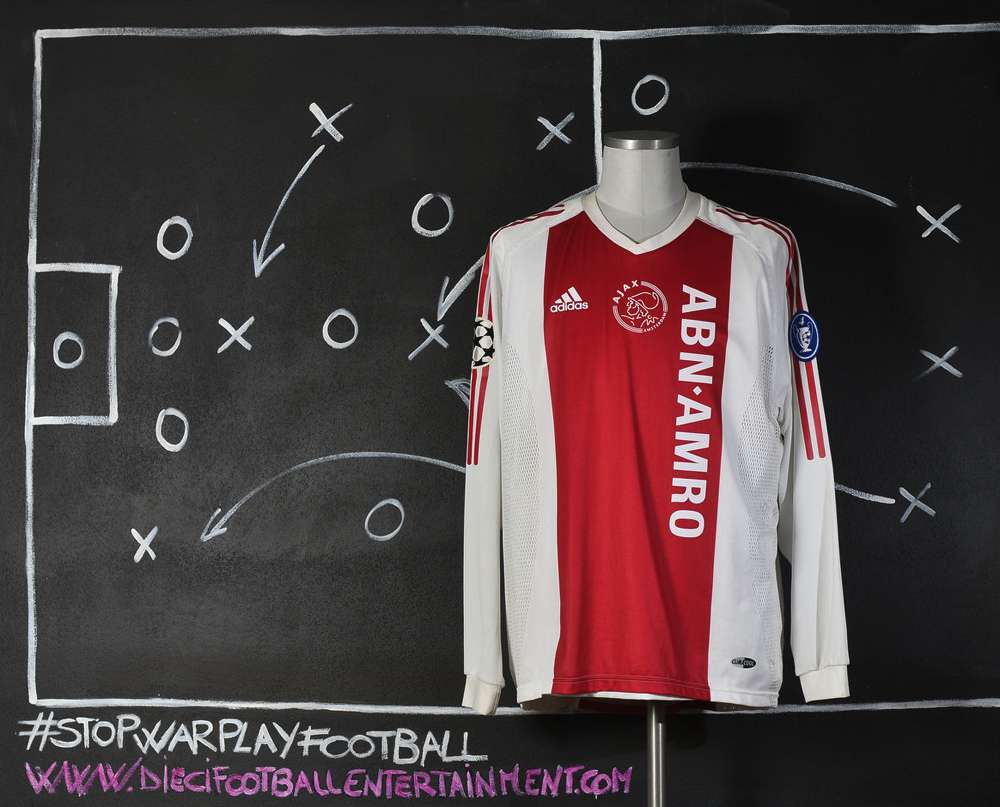 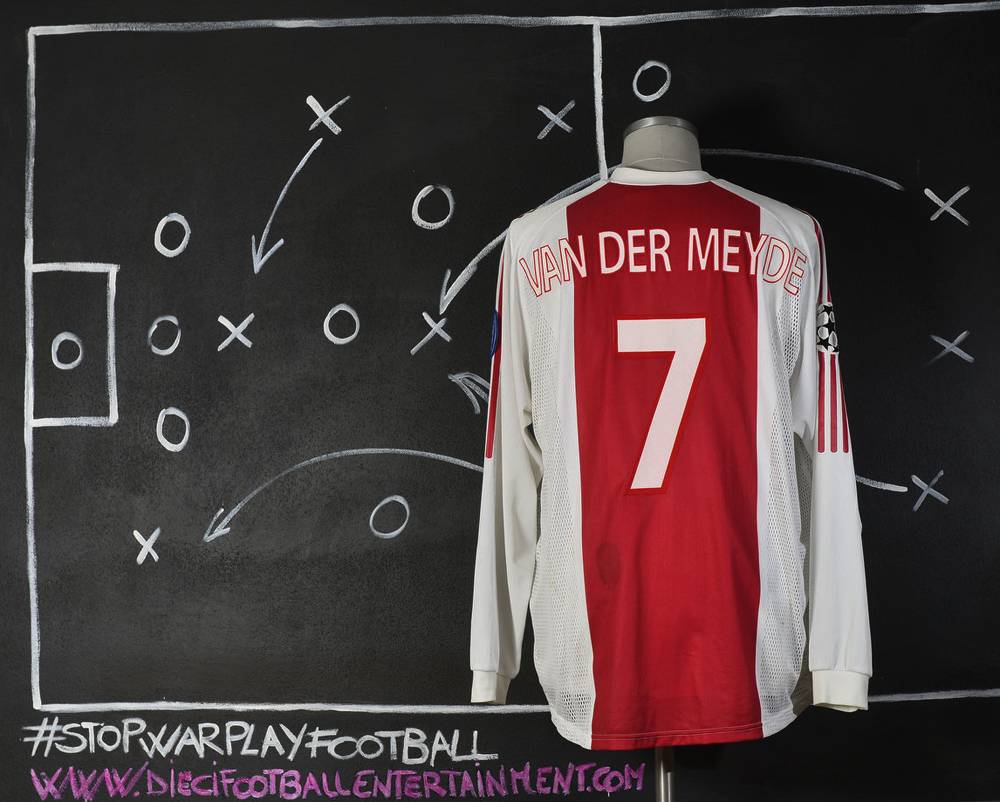 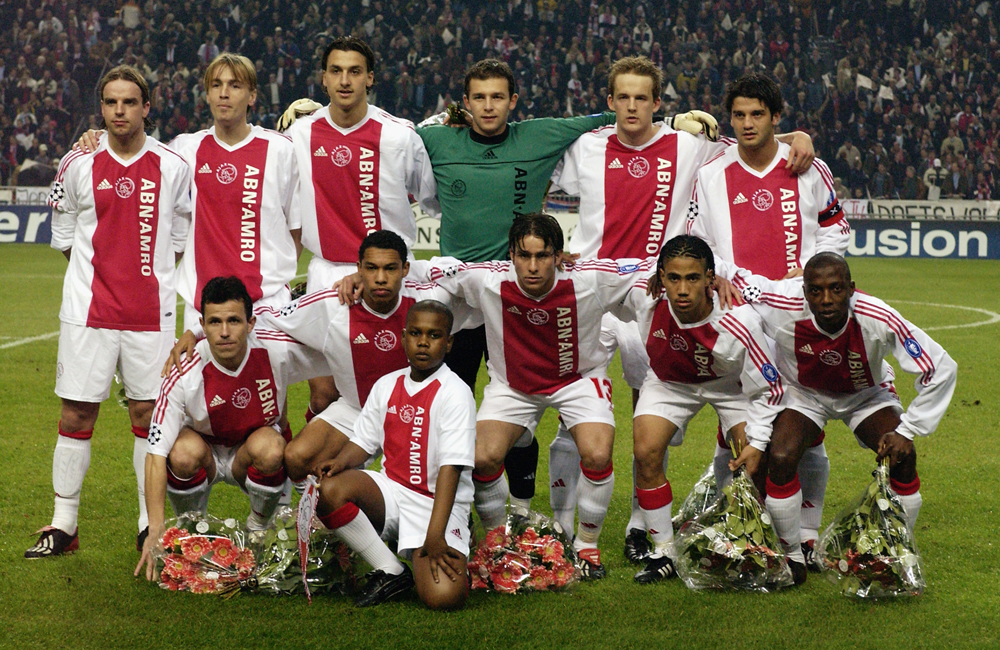 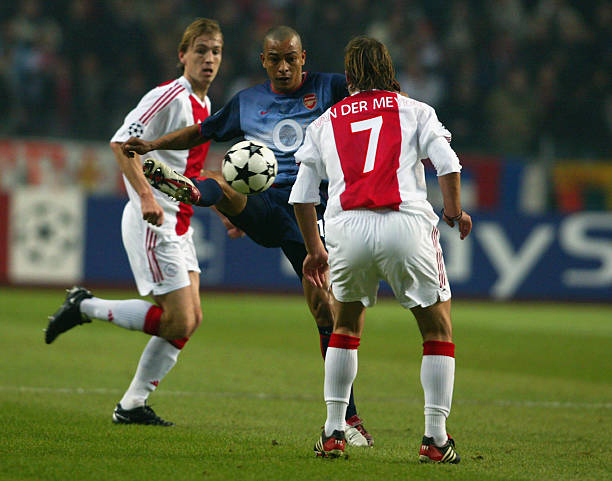 Born in Arnhem, Gelderland, Van der Meyde signed for AFC Ajax as a youngster, and made his first-team debut aged just 18, helping to a 1–0 win against FC Twente on 12 November 1997. In 1999, in order to gain experience, he was loaned to Twente for one season, and was an undisputed starter for a side that finished sixth in the Eredivisie. It would be in 2001–02 that Van der Meyde established himself as first-choice at Ajax. After a turbulent start, Ronald Koeman was instated as head coach, and the player became an integral part in the rebuilding of the team, making the right-winger position his own. The campaign ended in huge success as the Amsterdam club conquered the double, with him scoring five times in the league. In 2002–03 Van der Meyde – playing alongside the likes of youngsters as Mido, Zlatan Ibrahimović, Rafael van der Vaart, Wesley Sneijder, Steven Pienaar and Cristian Chivu – scored a career-best 11 goals, while also helping Ajax to the quarterfinals in the UEFA Champions League, netting in a crucial 1–1 away draw against A.S. Roma which certified the team’s qualification for the knockout stages. 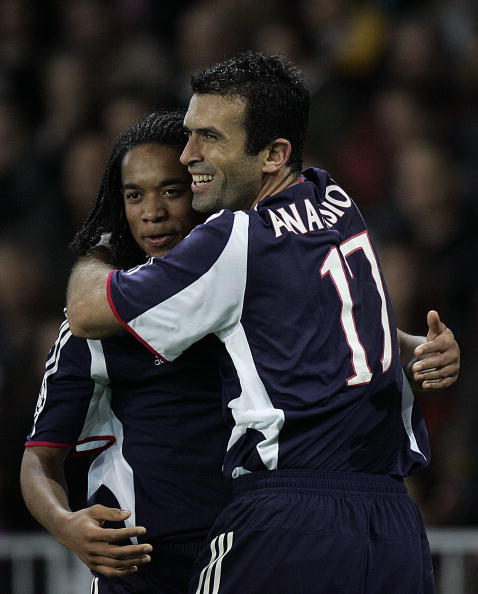 Maduro was born in Almere, Flevoland. At AFC Ajax he was voted as the Amsterdam club’s brightest emerging talent in the 2003–04 season, and made his Eredivisie debuts in the following campaign, his debut in the competition coming against Roda JC on 27 February 2005 in a 2–1 away win. In the following years, Maduro started more often than not for Ajax, helping the team to two domestic cups and three Supercups. He appeared in 105 games for the club overall, scoring 11 goals. 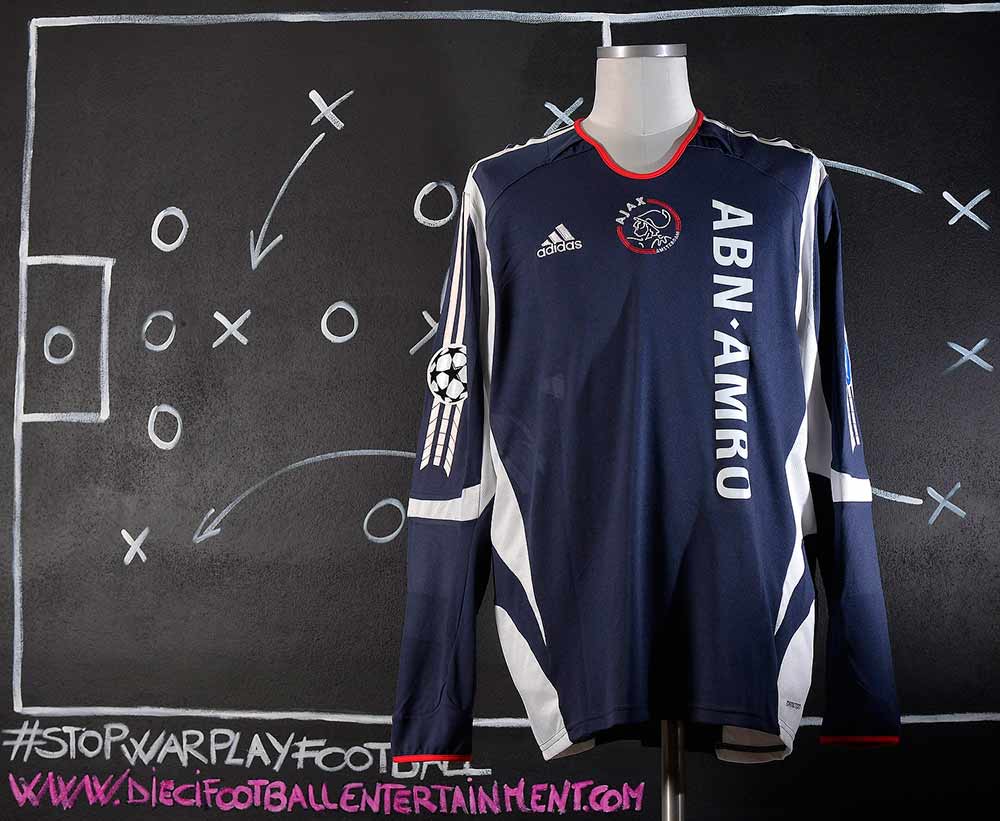 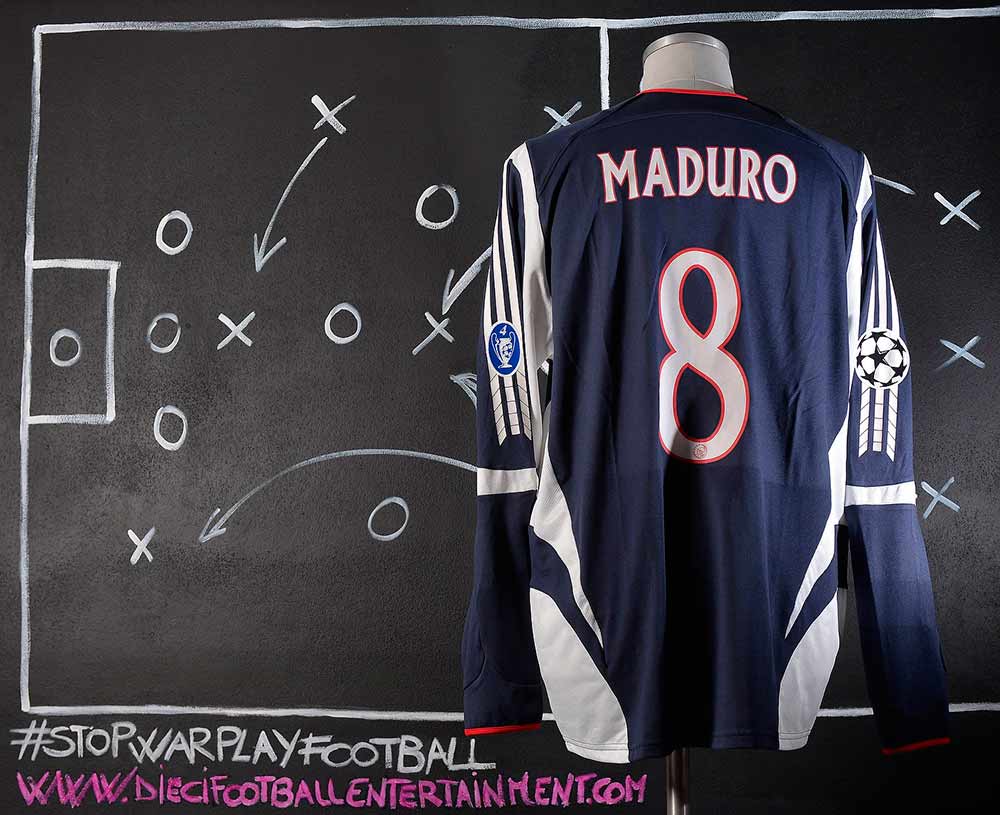 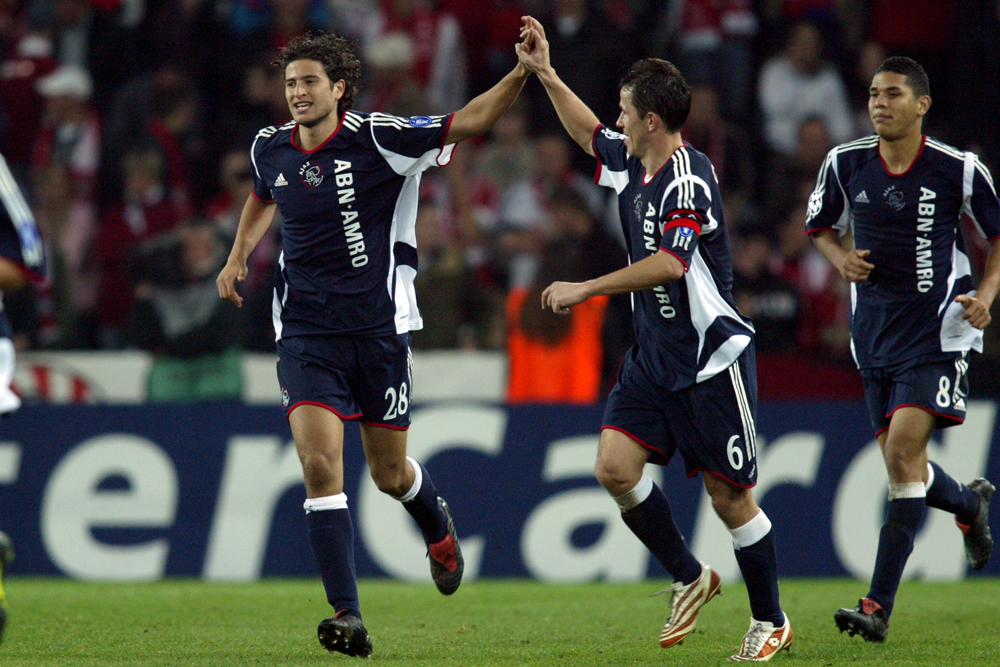 Grosso Grosso2021-01-24T16:07:31+00:00
Page load link
This site uses cookie technology, including third parties' ones. If you want to know more click here. If you access any element of this site outside this banner, you consent to the use of cookies. Ok
Go to Top