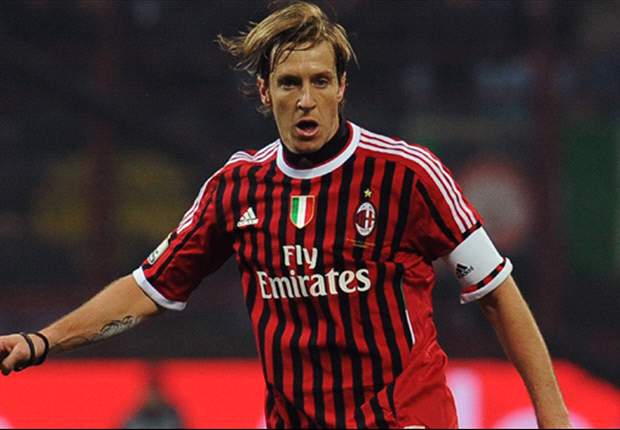 Massimo Ambrosini is a former Italian professional footballer, who mainly played as a defensive midfielder. At club level, he is mostly known for his successful time at Italian team A.C. Milan, where he spent eighteen years of his career, winning several titles, and even captained the side from 2009 to 2013, following the retirement of Paolo Maldini. A physically strong, tenacious, energetic, and hardworking box-to-box, central, or defensive midfielder, with a wide range of skills, Ambrosini was well regarded for his ability in the air, and was capable of being a goal-threat, in particular from set-pieces, due to his height, elevation, ability to make attacking runs into the area, and his heading accuracy, as well as his powerful striking ability from distance, which even led manager Carlo Ancelotti to deploy him as a centre forward on occasion. Throughout his career, he stood out for his leadership, as well as his stamina, versatility, tactical intelligence, and aggressive tackling. Although Ambrosini primarily served as a ball winner, he was also known for his ability to start attacking plays after winning back possession, courtesy of his vision and passing range, despite his lack of notable technical skills. Despite his ability as a midfielder, he often struggled with injuries throughout his career. 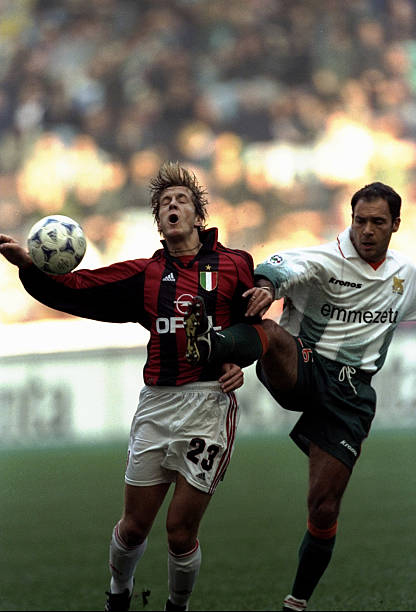 The Scudetto badge is back on 1999-2000 Milan’s shirts due the 1998-1999 Serie A’s victory. The team did not repeat its successful season in 1998–99, and fell back to third in Serie A, as well as crashing out of the Champions League, following a lackluster performance in the First Group Phase. In fact, Milan ended up last in the group, and was not even qualifying for the remainder of the UEFA Cup. 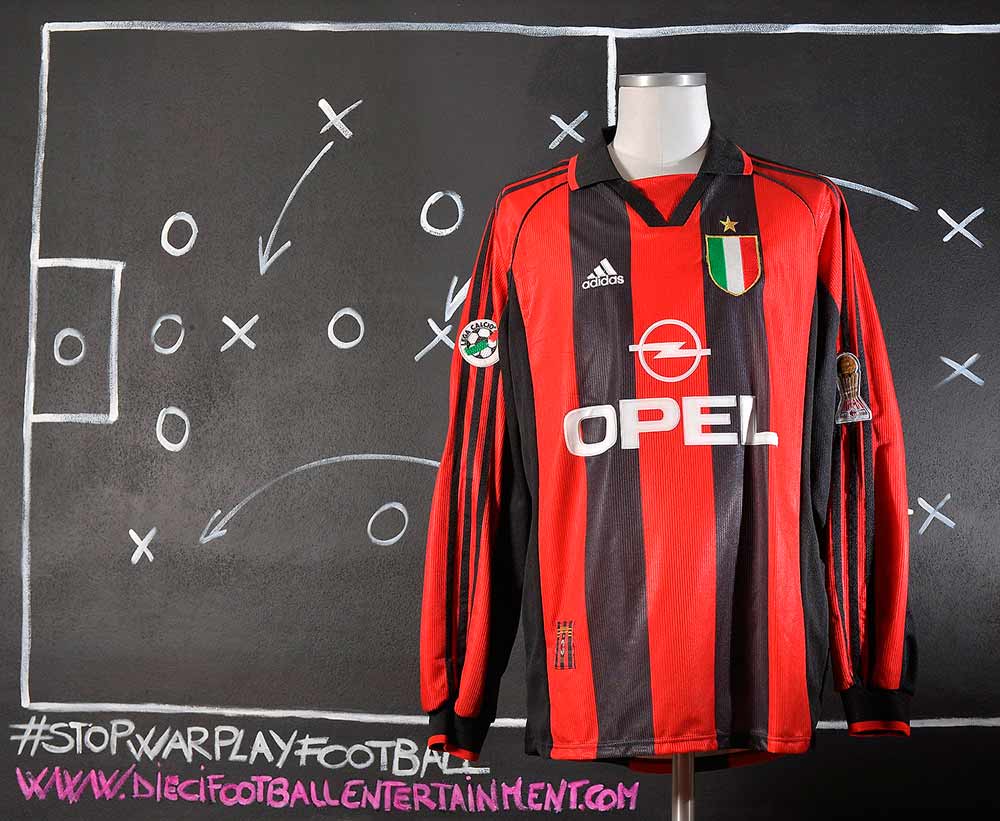 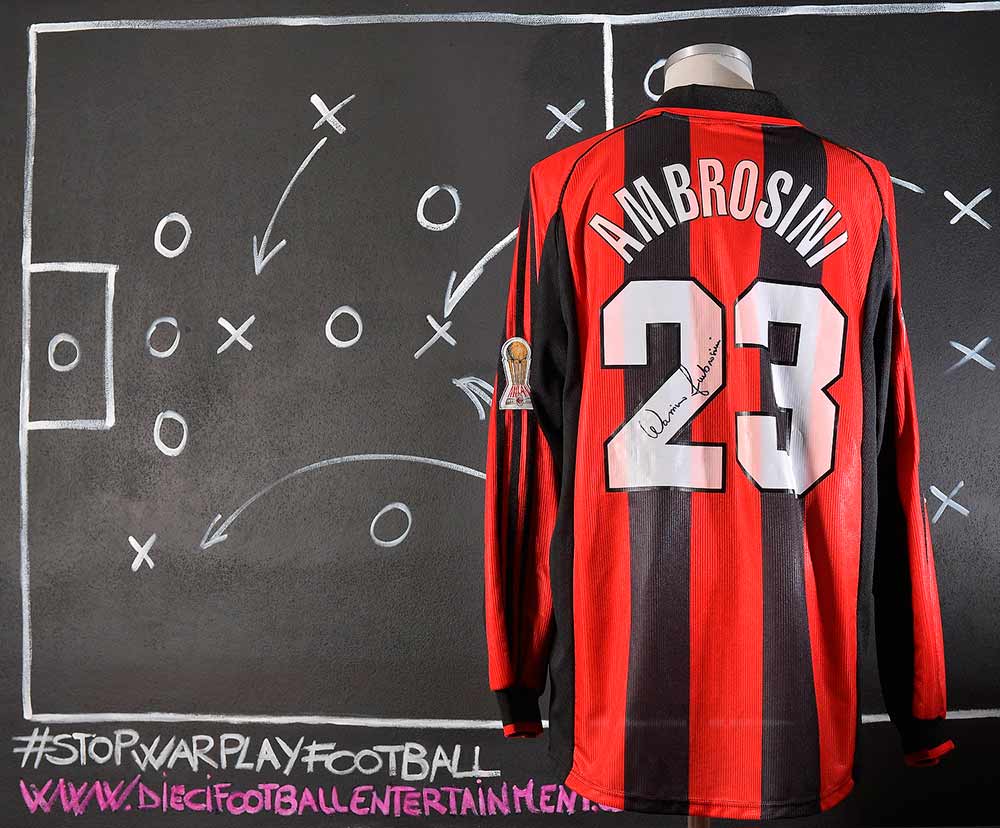 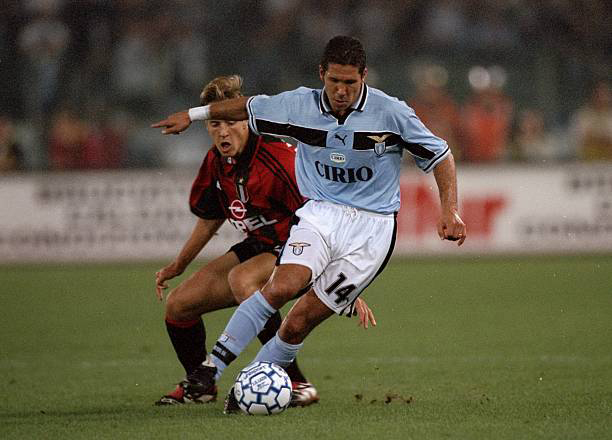 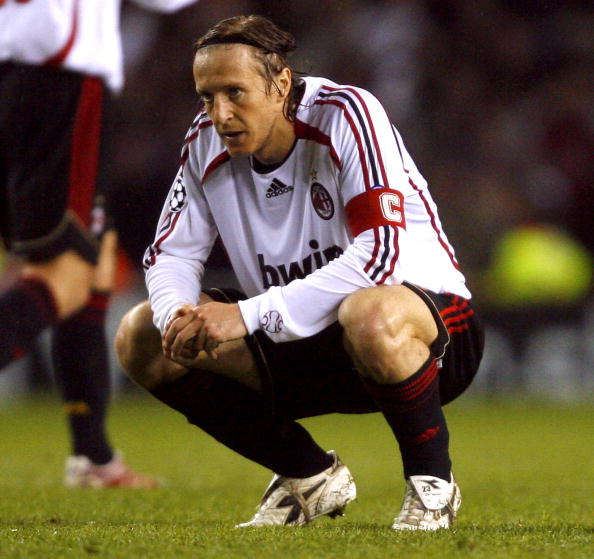 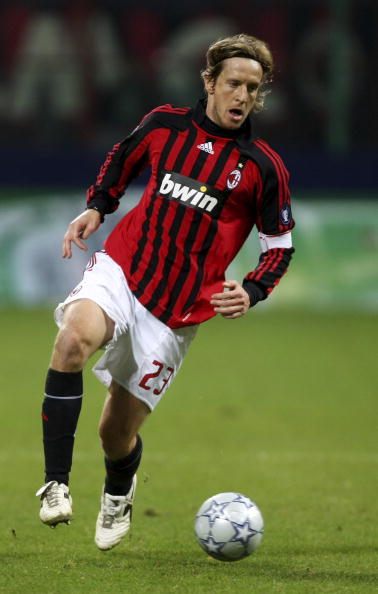 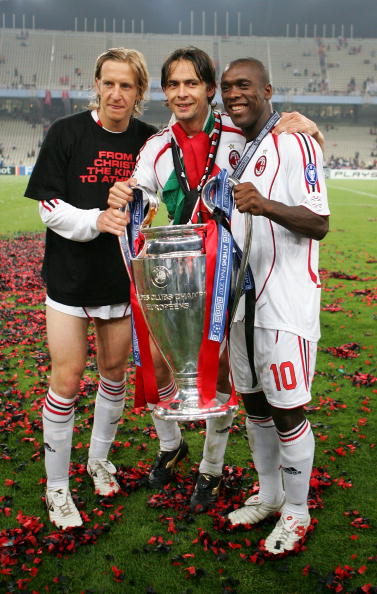 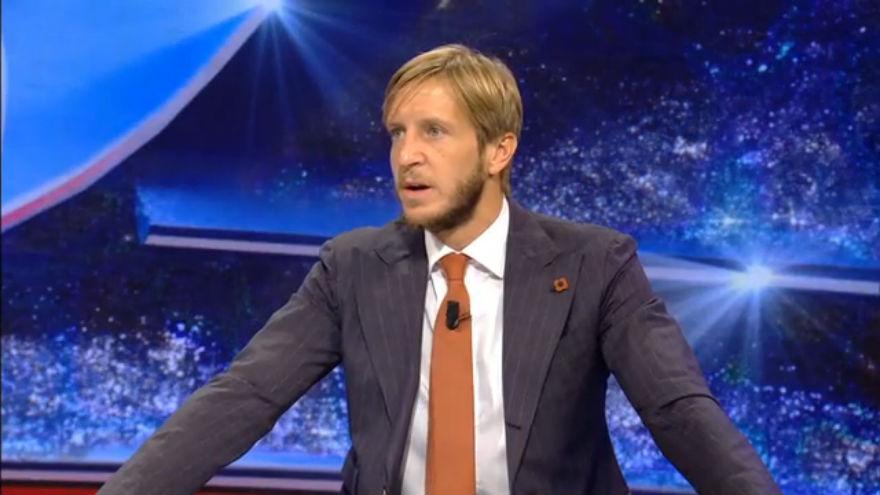 Massimo Ambrosini is married to an Italian woman, Paola Ambrosini. Ambrosini has two children with his wife, his son Federico Ambrosini was born on 11 May 2009, and his daughter Angelica Ambrosini was born on 21 November 2011. After he hang up his boots he didn’t have any intention to become a coach as many of his ex team mates. He started a brilliant career as television pundit.

Grosso Grosso2020-03-25T04:47:50+00:00
Page load link
This site uses cookie technology, including third parties' ones. If you want to know more click here. If you access any element of this site outside this banner, you consent to the use of cookies. Ok
Go to Top