Ten days before its official kick-off, the Fifa World Cup “Russia 2018” already has its winner. It’s the Nigeria home kit. The new Nigeria kit to be worn at the World Cup 2018 in Russia was sold out minutes after its release on Friday morning as hundreds of fans queued outside London’s NikeTown store in Oxford Street. The kit, modelled by Arsenal’s Alex Iwobi amongst others, has been hailed as the best kit of all of those to be seen in Russia this summer, with Nike having to push the release date back earlier this week due to such high demand. Nike had already received three million pre-order for the shirt before it officially went on sale this week. And the demand is so high that the kit sold out in minutes and is now unavailable to buy on the Nike website. The away kit is also now sold out, along with the training kit, which has a similar design to the home kit, two different types of training jackets and floral joggers. The shirt alone is priced by Nike at £64.95 and will likely be seen for the first time in action on Saturday evening when Nigeria face England at Wembley in the first of their World Cup qualifiers. 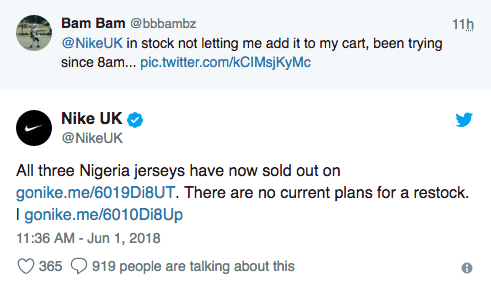 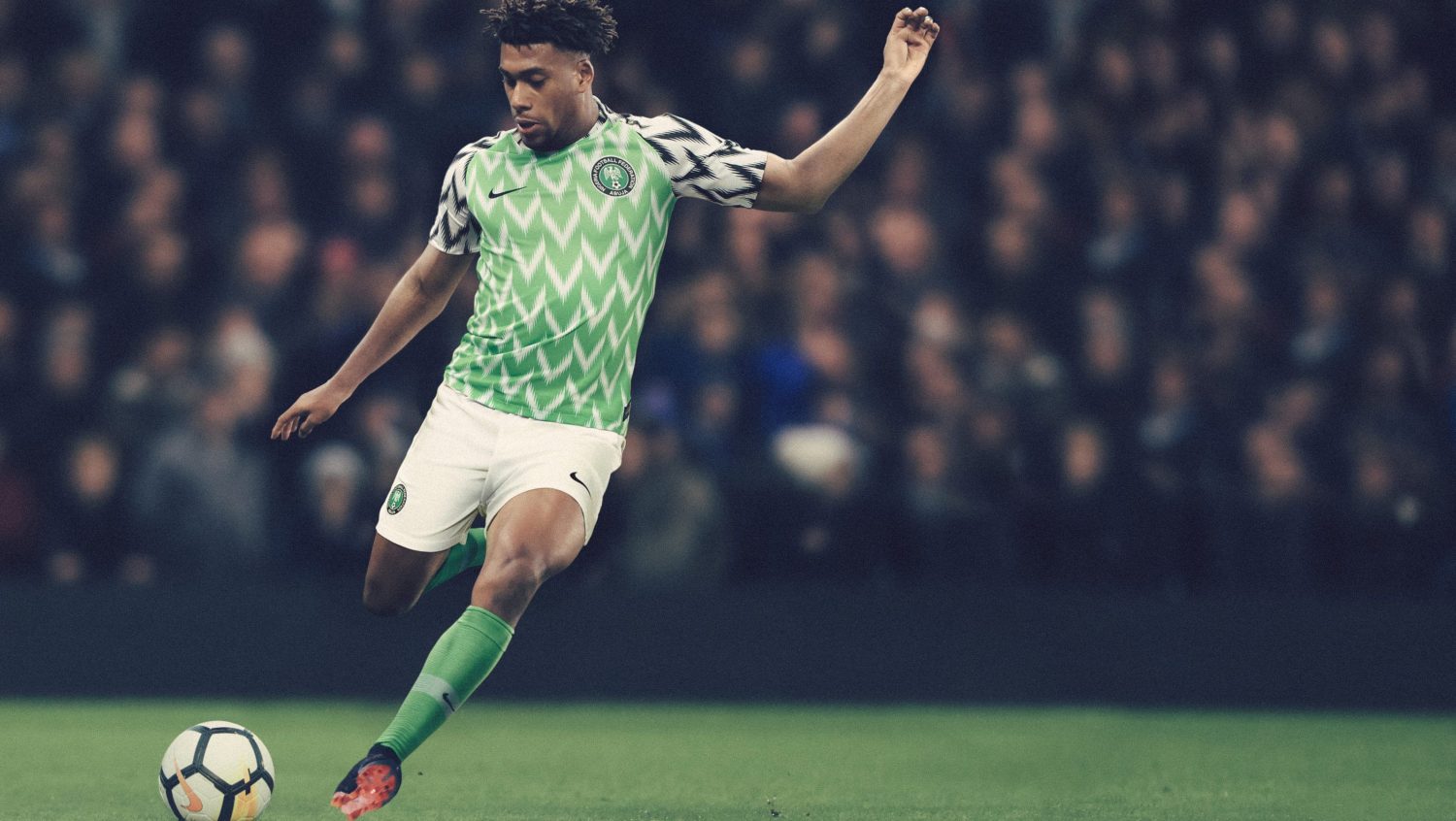 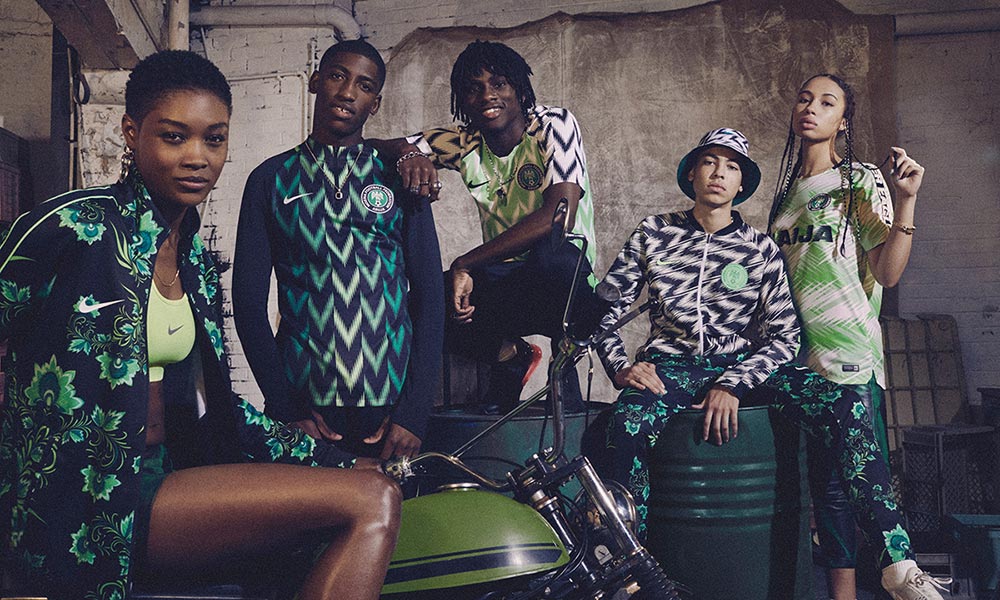 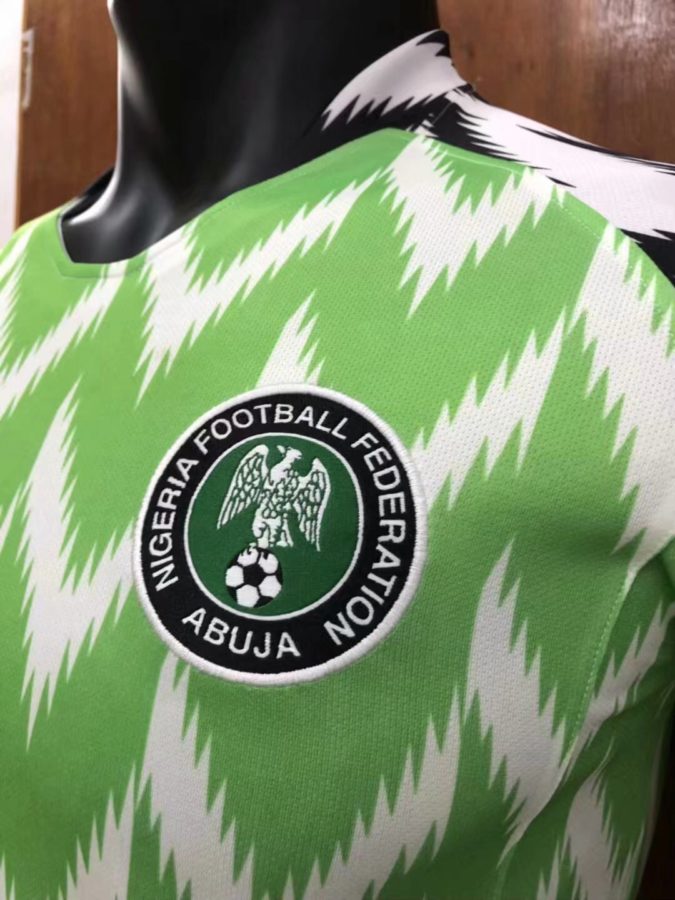 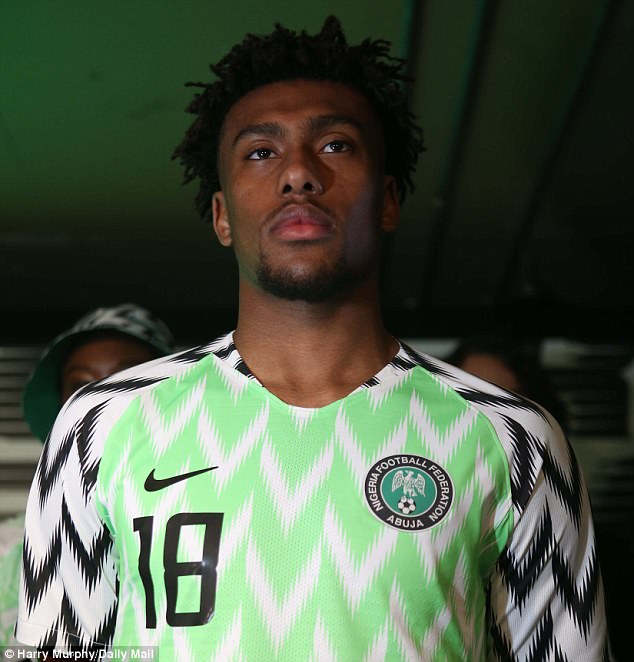 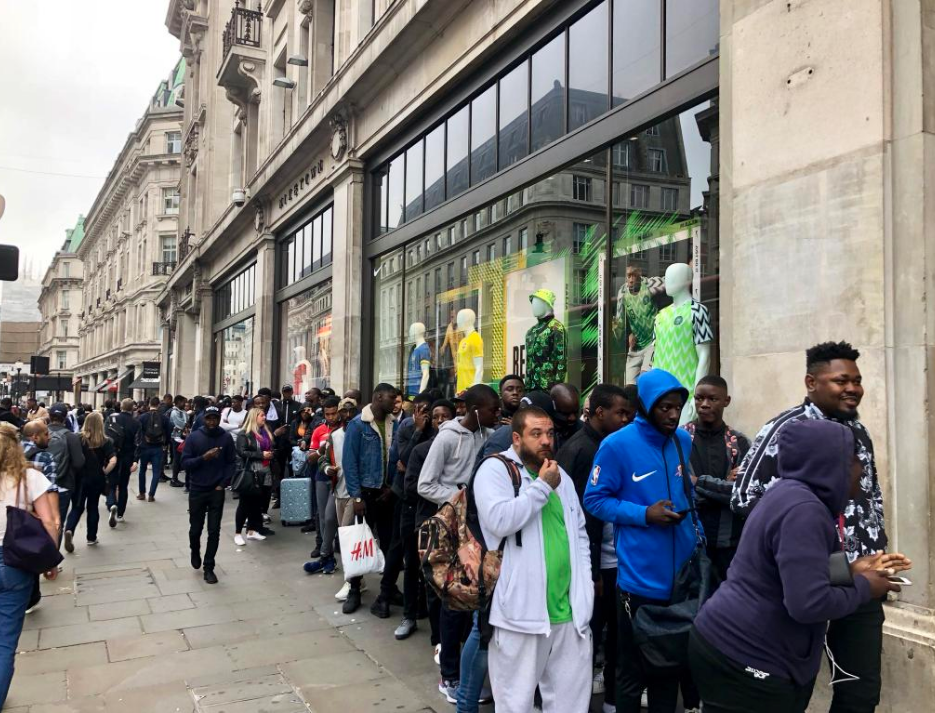 Despite the huge demand, Nike have stated that there are ‘no current plans for a restock’, so if you have missed out, it looks like you have missed out permanently. Fans will now just have to wait and see the kit on display when Nigeria take to the field at Wembley this weekend and then during the World Cup in Russia this summer. The Super Eagles face England on Saturday evening in London, and their final pre-tournament friendly is against the Czech Republic on Wednesday. They then take on Croatia, Iceland and Argentina in Russia. Due to the ridiculous demand for the new kit, do not be surprised to see some fake ones on display over the summer. There are already some popping up on ebay for around half the price of the legitimate product.The kit was deliberately one of the last released for the World Cup, with the Nigeria Football Federation attempting to avoid the spread of fake replicas throughout the country. 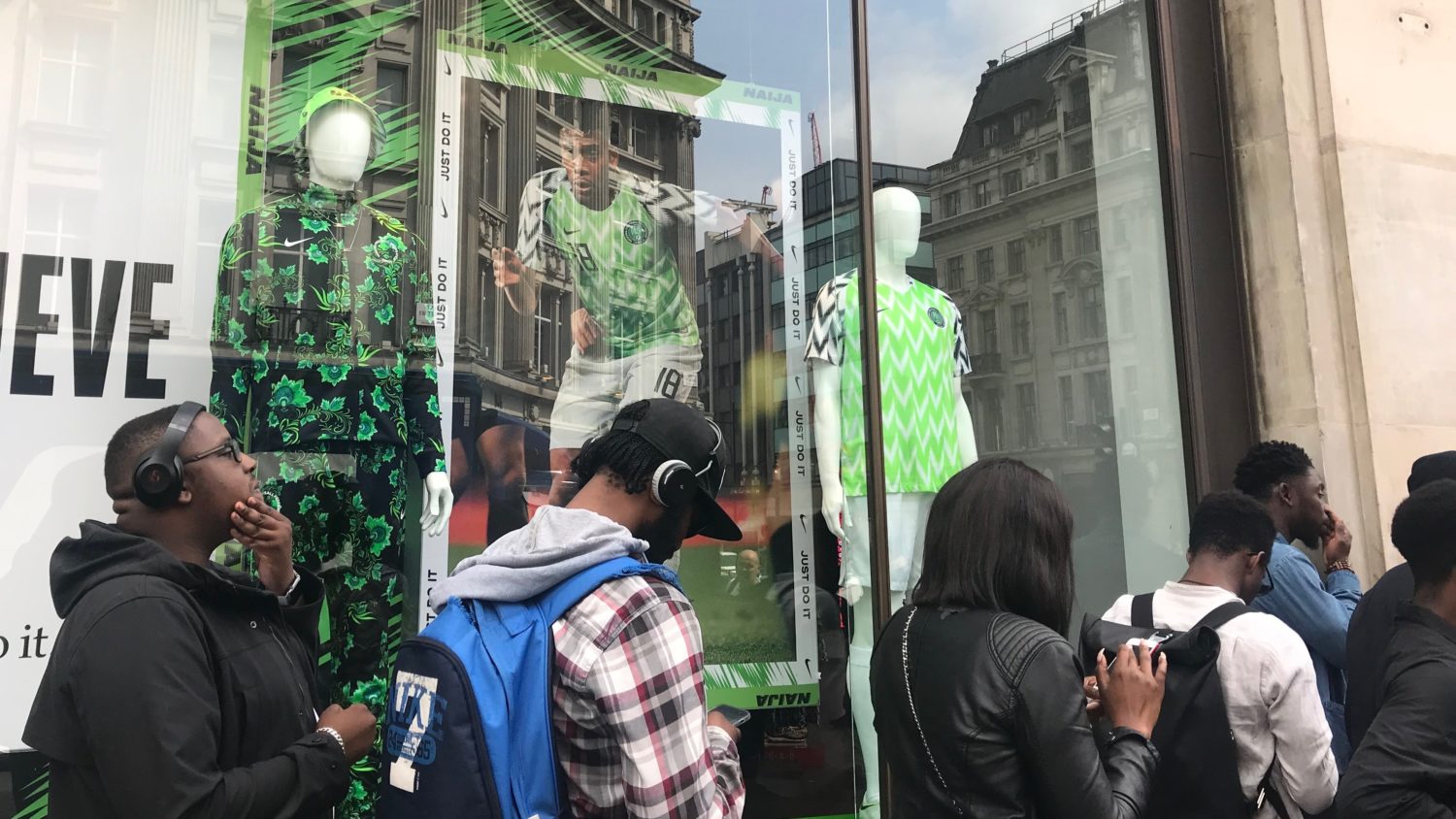 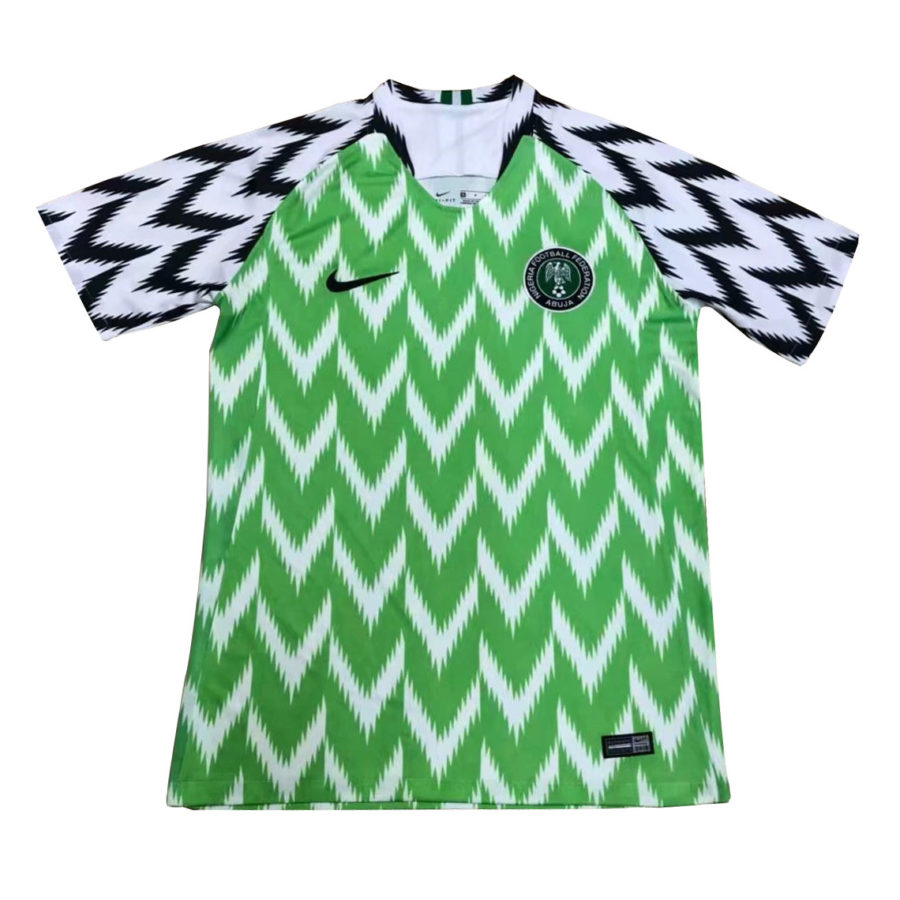 Grosso Grosso2018-06-13T08:53:34+00:00
Page load link
This site uses cookie technology, including third parties' ones. If you want to know more click here. If you access any element of this site outside this banner, you consent to the use of cookies. Ok
Go to Top