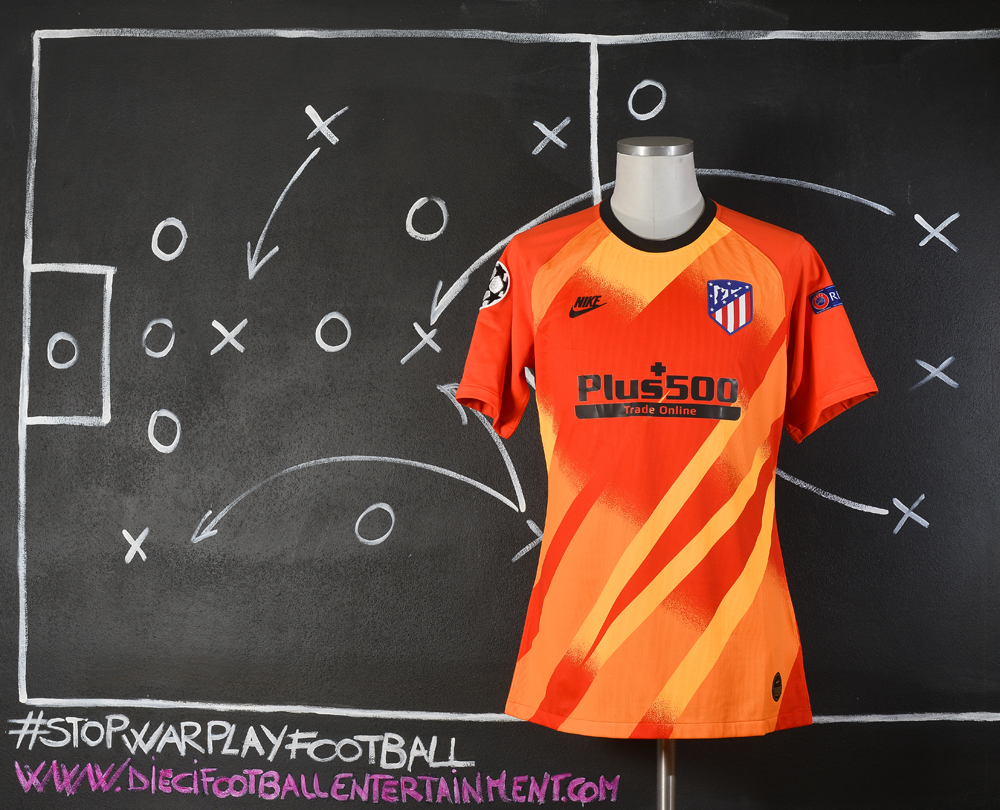 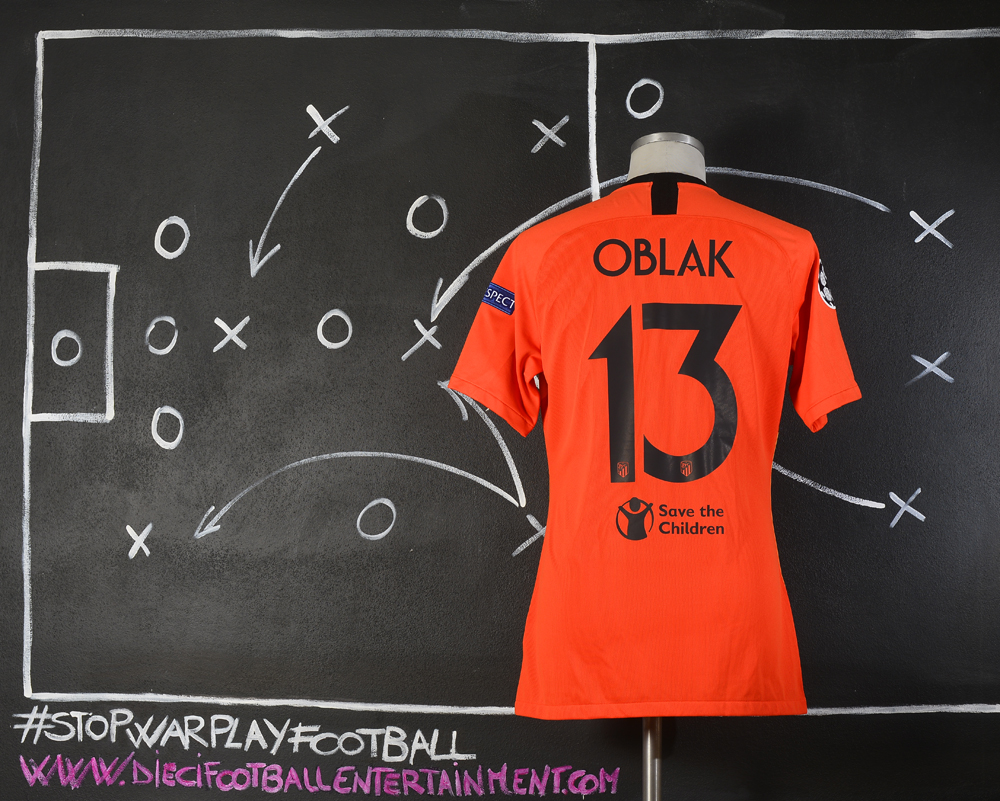 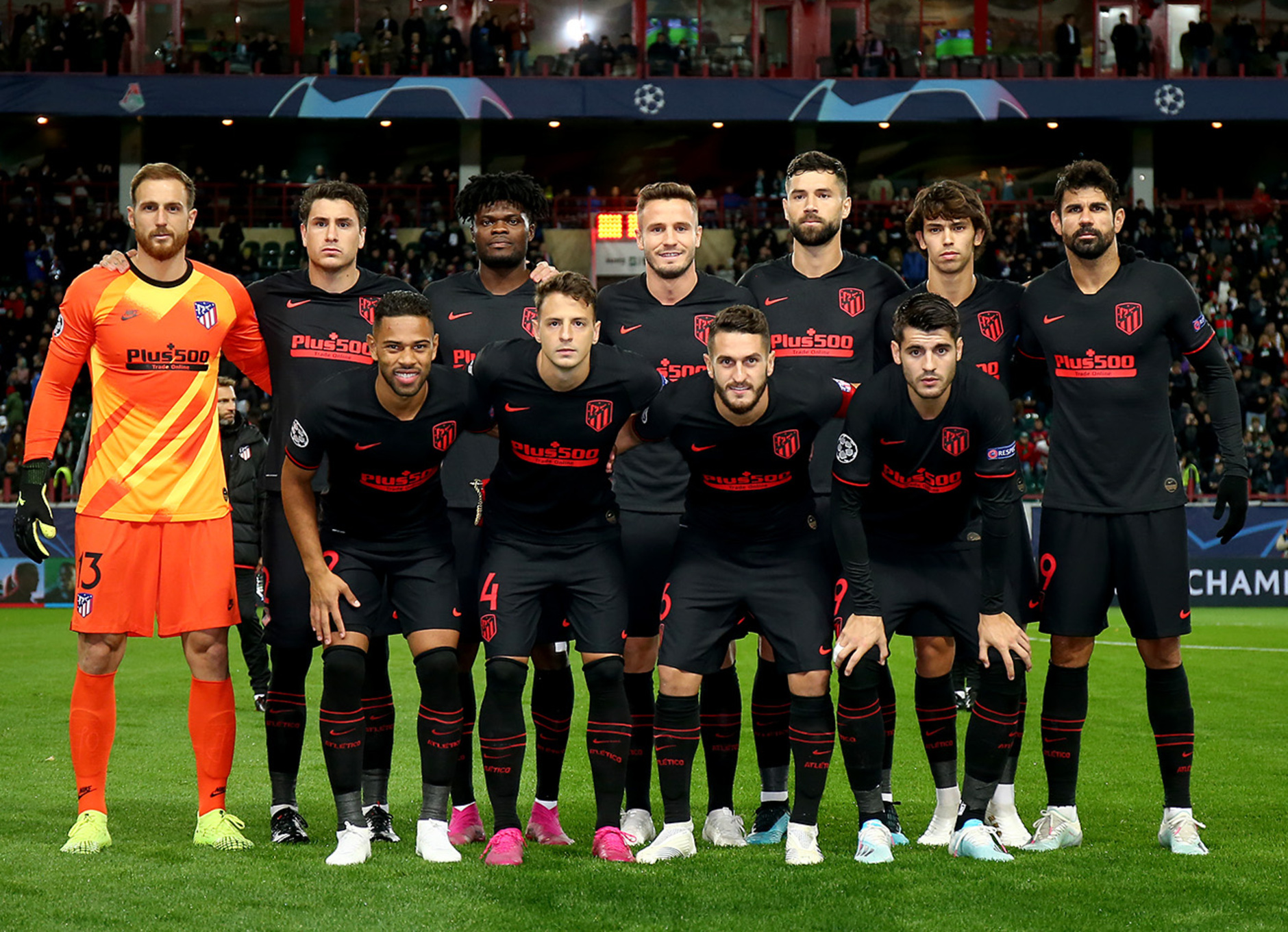 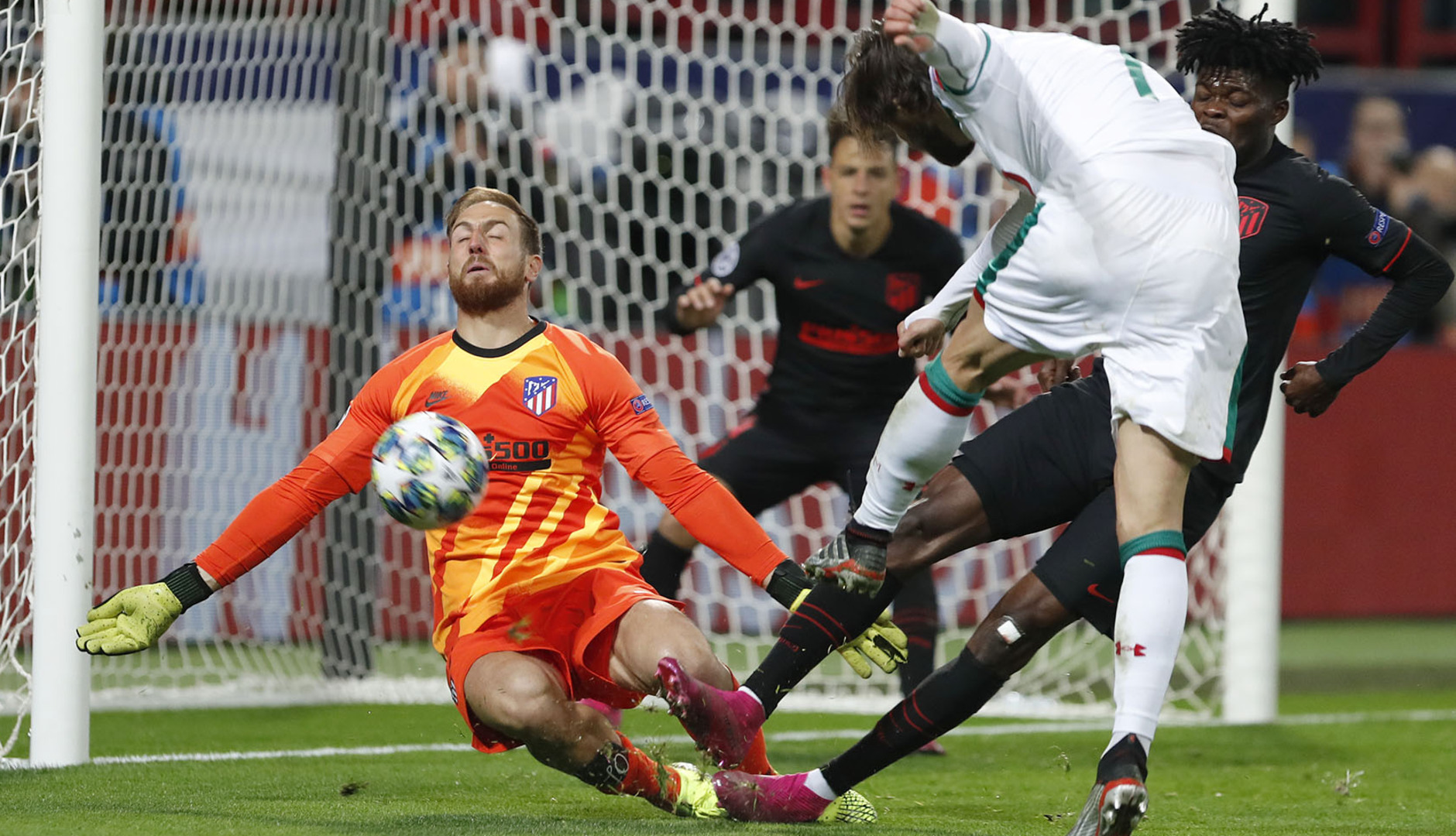 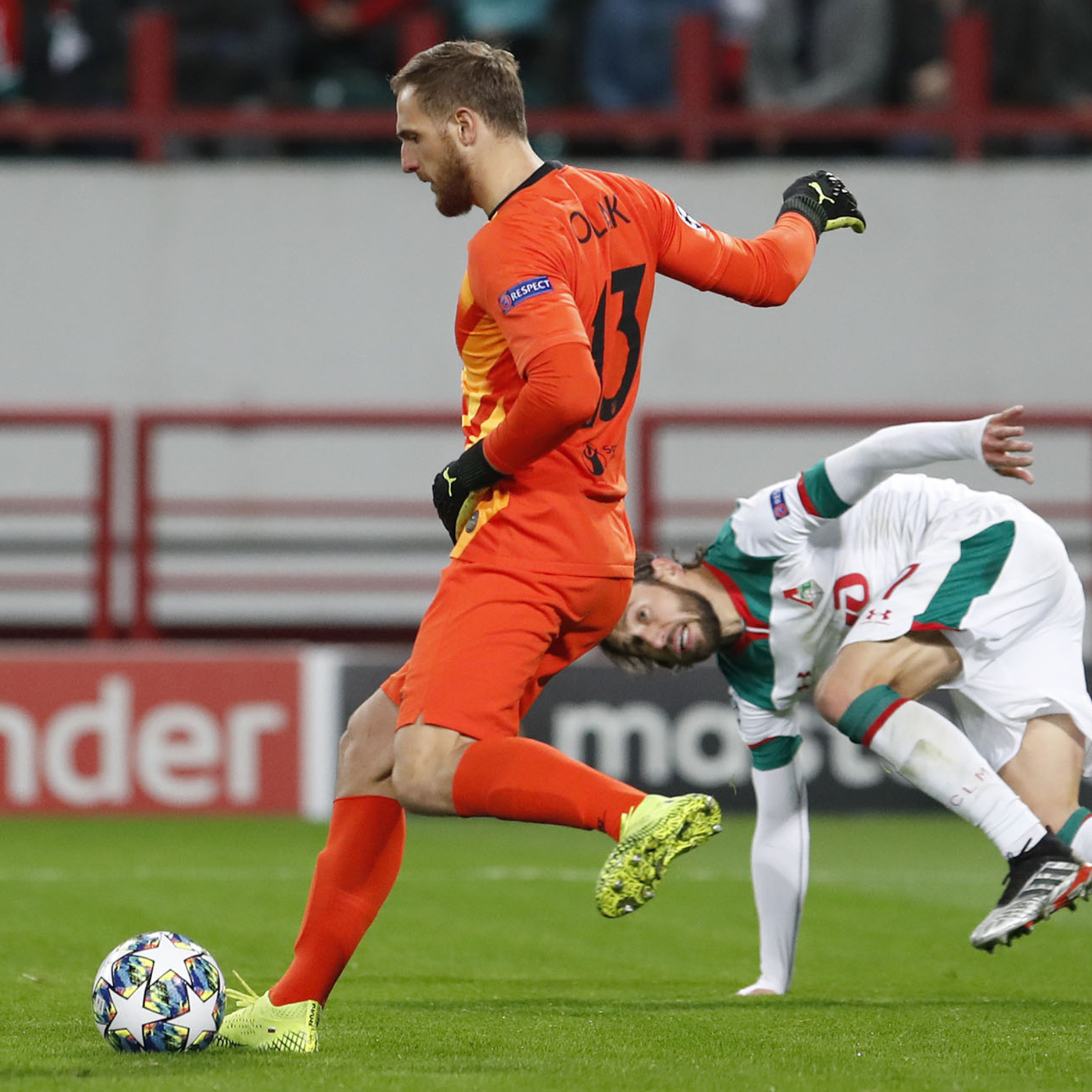 This shirt was issued for Jan Oblak for the Champions League’s game between Lokomotiv Moscow and Atletico Madrid which took place in Moscow, “RZD Arena”, on October 1st 2019. Atletico Madrid defeated Lokomotiv Moscow 2-0. On 16 July 2014, Atlético Madrid announced they had reached an agreement with Benfica for the transfer of Oblak, pending a medical examination. Atlético paid €16 million for the Slovenian player, making him the most expensive goalkeeper in La Liga history. Oblak moved to Madrid on a six-year deal as a replacement for Thibaut Courtois, who had returned to play for his parent club Chelsea following his loan expiration. During his presentation, on 22 July 2014, Oblak said, “I don’t come to replace anyone. I come as another player. I’m here along with the rest of the players and goalkeepers. I’ll do everything in my power to defend this shirt and achieve great results this season. I will do everything in my hand to help the team.” On 6 November 2018, Oblak kept a clean sheet in a 2–0 home win over Borussia Dortmund in the group stages of the UEFA Champions League. By doing so, he kept his 100th clean sheet for Atlético, a feat which he achieved in 178 official games. On 17 April 2019, Oblak agreed to a four-year contract extension with the club, keeping him at the club until 2023. At the end of the season, Oblak won the Ricardo Zamora Trophy for the fourth consecutive season, hence equalling the record of Víctor Valdés for most consecutive Zamora Trophies won. He was also awarded the La Liga Best Goalkeeper of the season award for the fourth consecutive time.

Grosso Grosso2022-05-14T04:56:58+00:00
Page load link
This site uses cookie technology, including third parties' ones. If you want to know more click here. If you access any element of this site outside this banner, you consent to the use of cookies. Ok
Go to Top