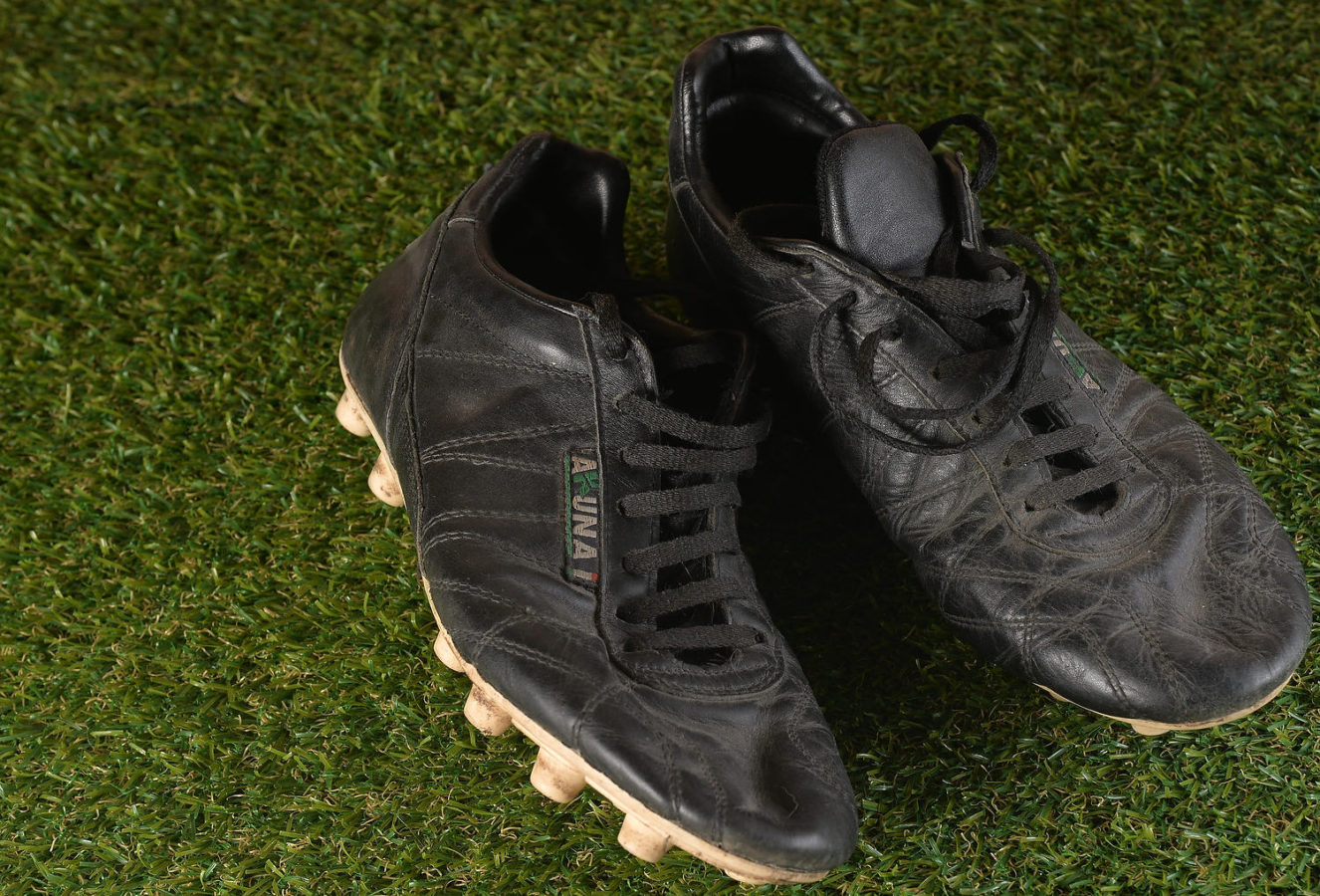 When the contract with Diadora expired Roberto Baggio used these hand crafted total black boots made especially for him by Akuna. Akuna is a small handcraft boots/shoes company in Ascoli Piceno. These boots were used by Roberto Baggio for several months between 2001 and 2002. Of course Roberto didn’t renounce to have his kid’s names on the heels as he was used to do for most of his career.It is and it was pretty uncommon for such a small company to make custom boots for international players like Roberto Baggio. Surely Akuna got an impressive advertising from this issue as you can see from the articles below. 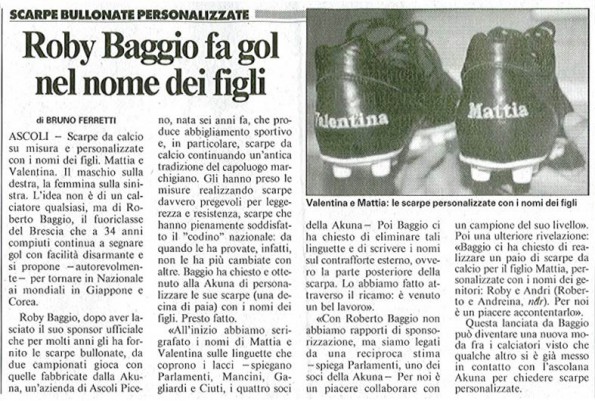 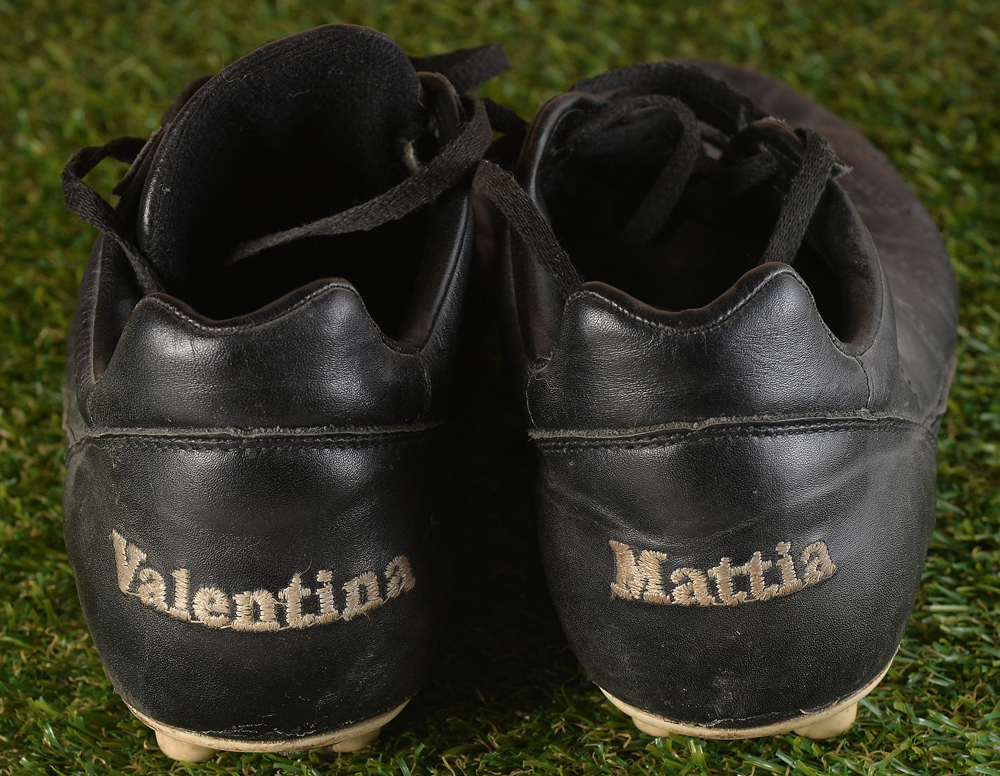 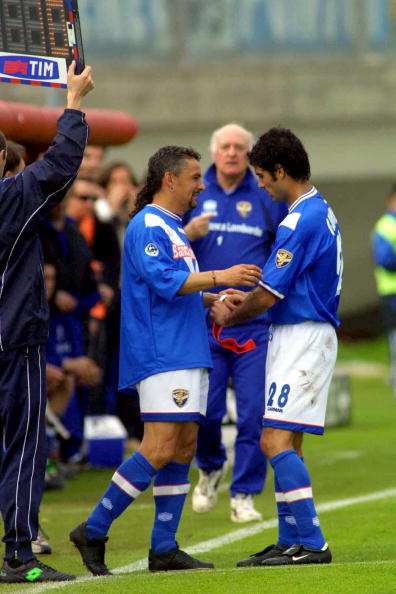 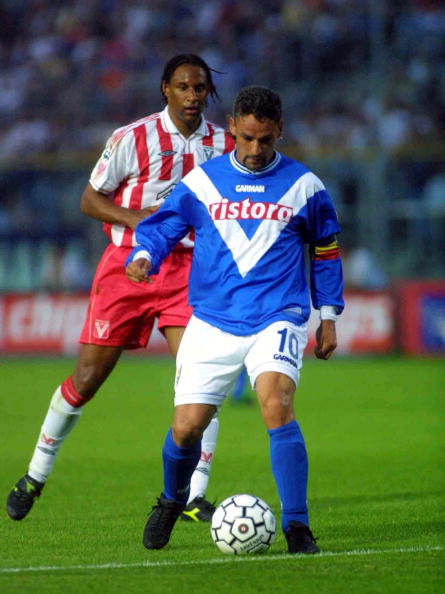 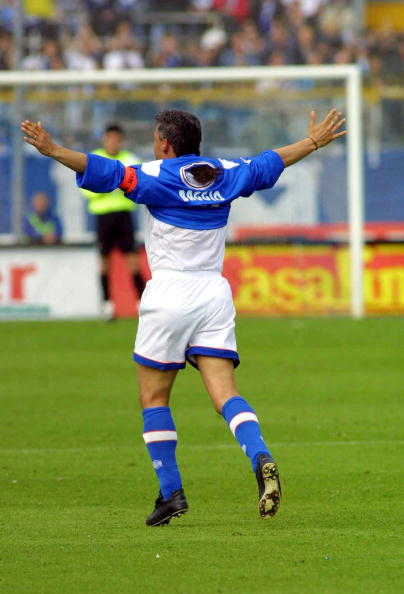 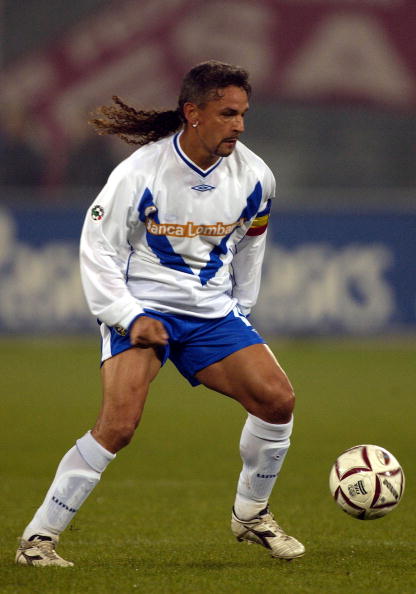 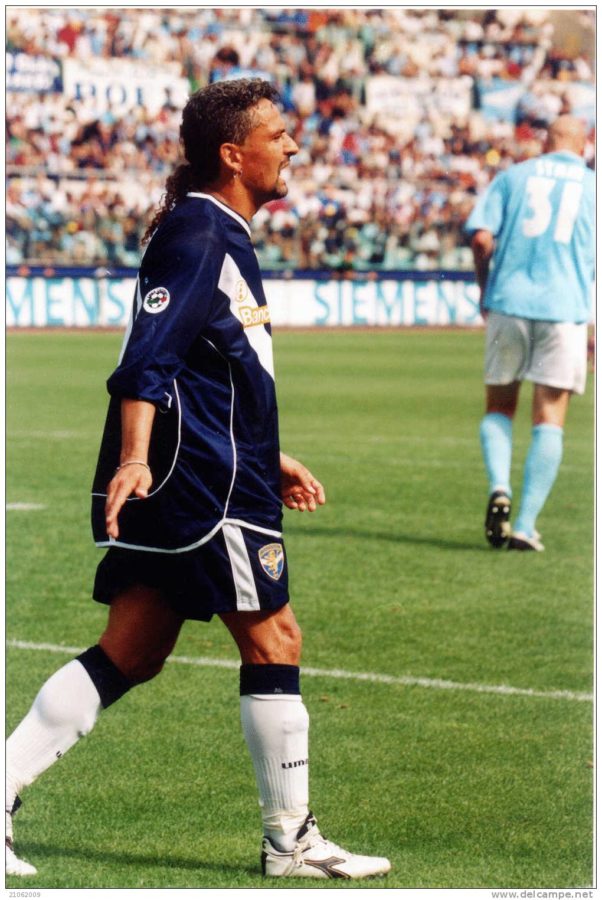 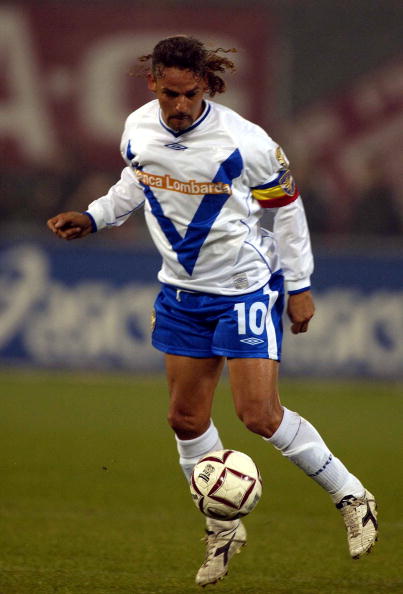 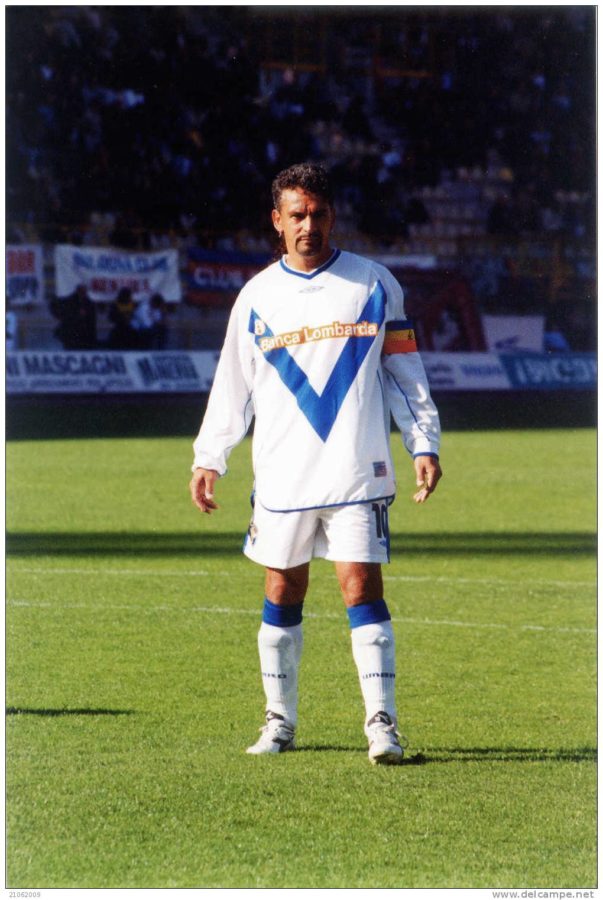 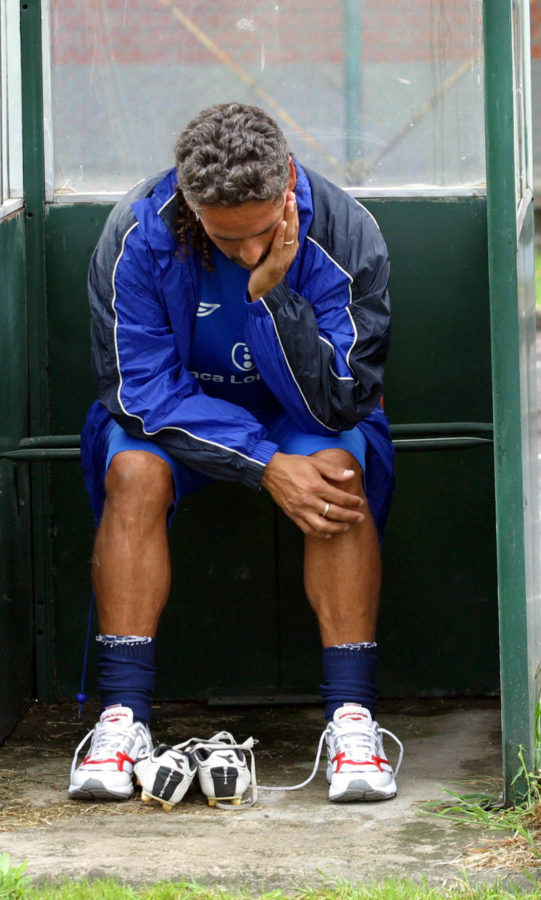 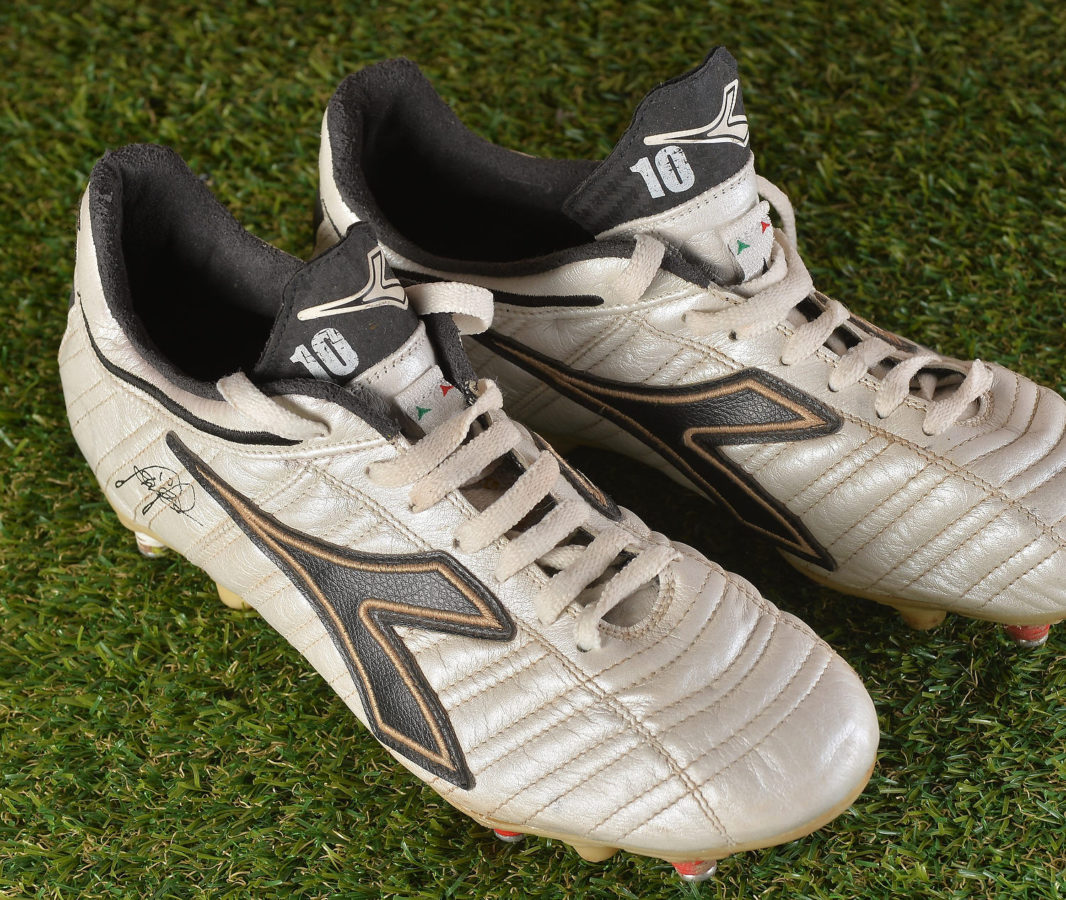 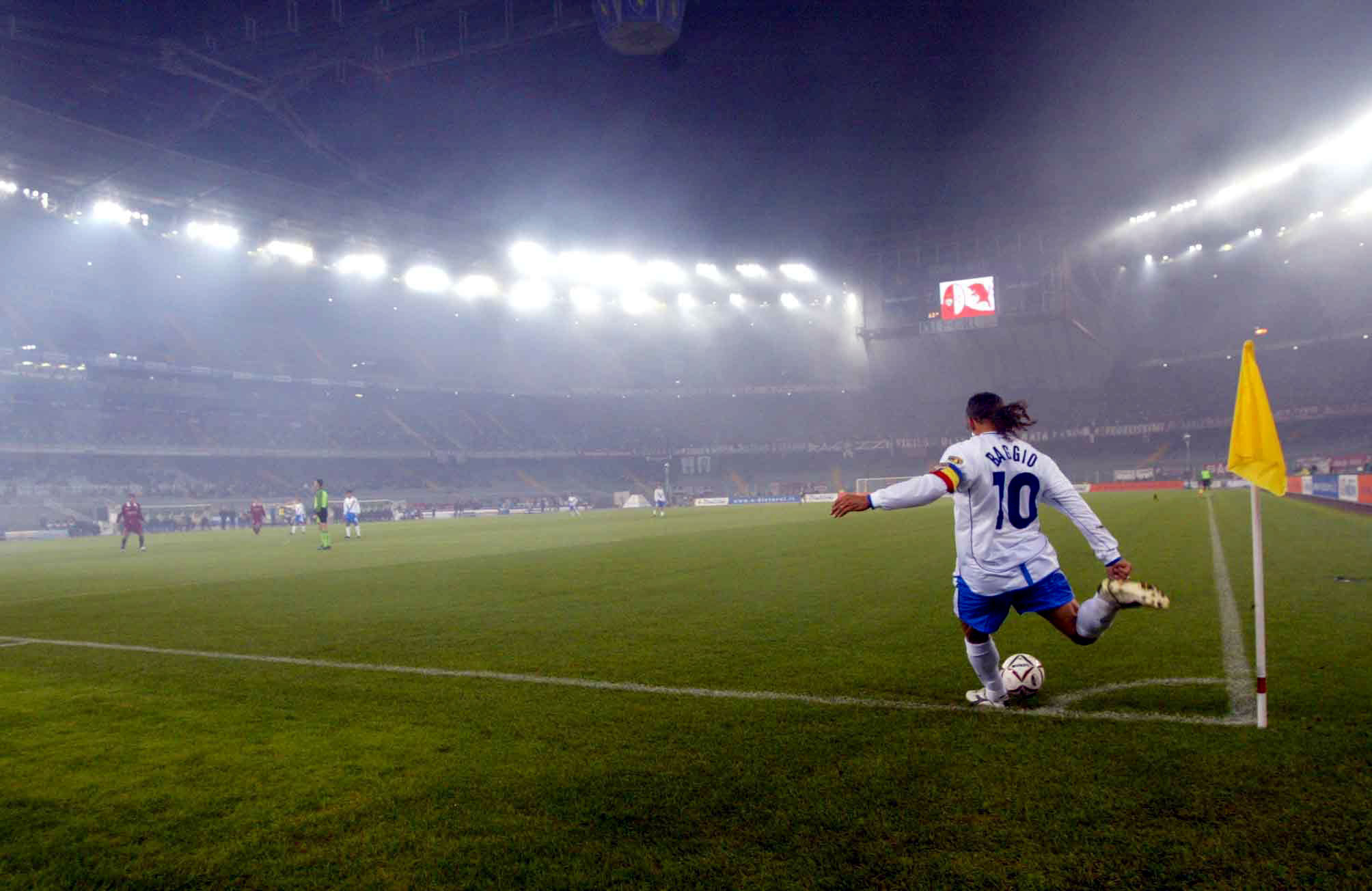 At the start of 2001–02 season, he scored eight goals in the first nine games, leading him to the top of the Serie A goalscoring table. On his eighth league appearance of the season against Piacenza, Baggio scored a goal, and later suffered an injury. A week later, against Venezia, he scored from a penalty, but he endured a more serious injury, following a hard challenge, which caused him to tear the anterior cruciate ligament of his left knee, keeping him out for four months. He suffered a second serious injury that season, tearing the meniscus in his left knee, after returning to the team, and coming off the bench, in the Coppa Italia semi-final against Parma, on 31 January 2002. He was operated on 4 February 2002, and he returned three games before the end of the season, making a recovery in 76 days. On 21 April 2002, in the first game after his comeback, Baggio came on as a substitute to score two goals against Fiorentina, helping Brescia to win the match.[133] He scored again against Bologna, saving Brescia from relegation on the final matchday, and bringing his seasonal tally to 11 goals in 12 Serie A matches. Despite Baggio’s performances, Italy’s coach, Trapattoni, did not deem him fully fit, and left him out of the final squad for the 2002 World Cup. Trapattoni also expressed concern about bringing Baggio to the World Cup due to the presence of Francesco Totti and Del Piero in his role, believing that this could create a rivalry between the players. After missing out on the tournament, Baggio reversed his initial decision to retire after the World Cup, expressing his intention to beat the 200 Serie A goal mark. For the new season 2002/2003 a new sponsorship contract was signed again with Diadora. These white boots are the first Baggio worn boots after the signature. 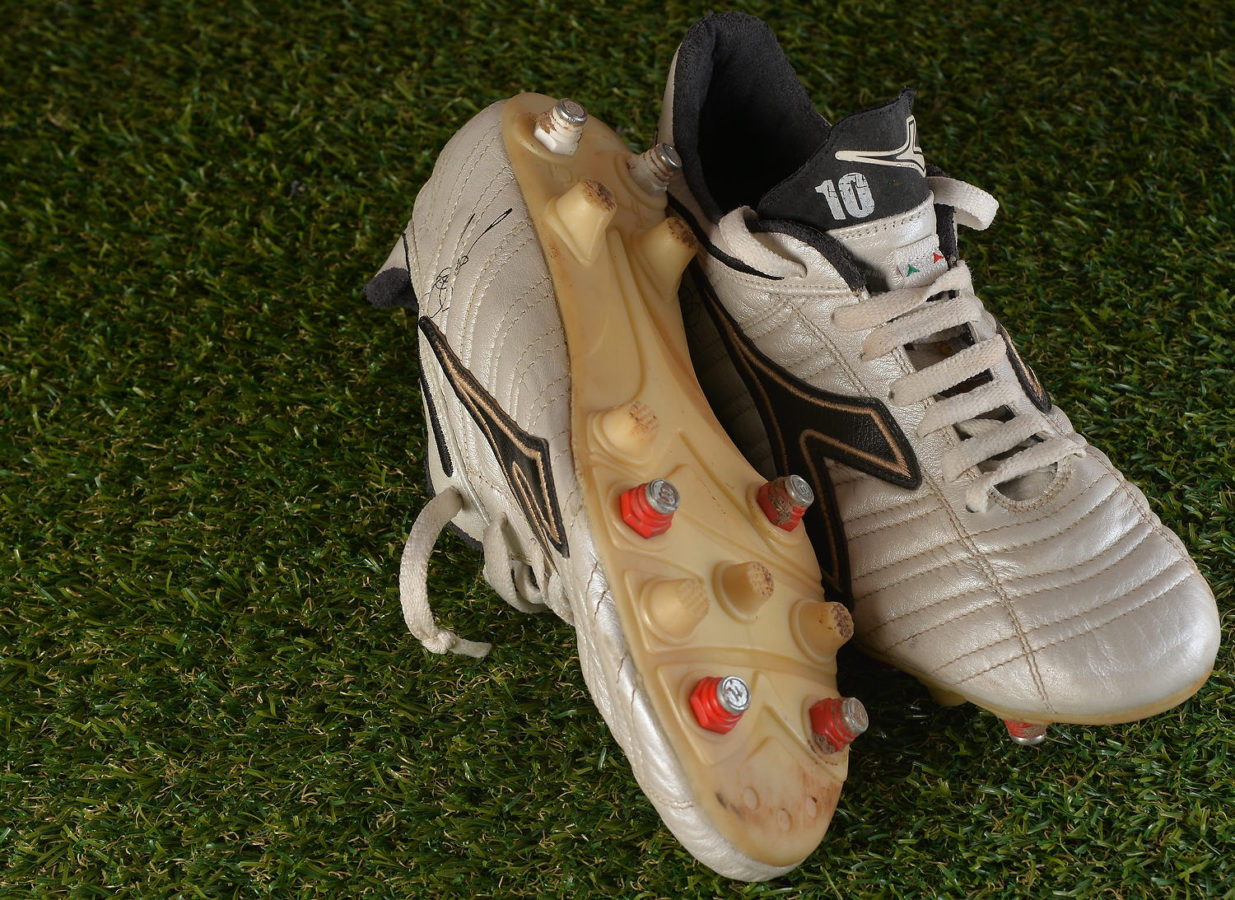 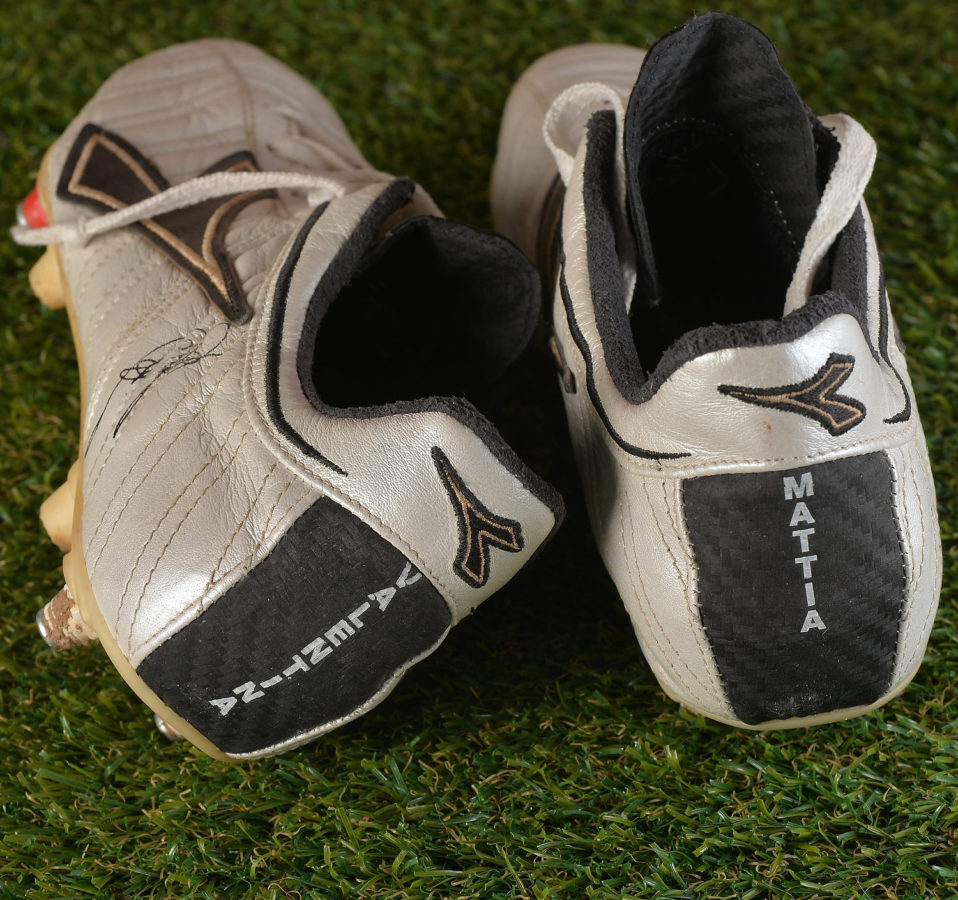 “Baggio on the bench? It’s something that I will never understand in my lifetime” Zinedine Zidane

Grosso Grosso2019-04-17T16:37:28+00:00
Page load link
This site uses cookie technology, including third parties' ones. If you want to know more click here. If you access any element of this site outside this banner, you consent to the use of cookies. Ok
Go to Top