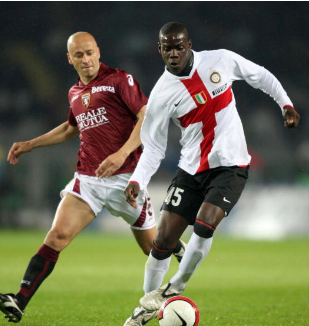 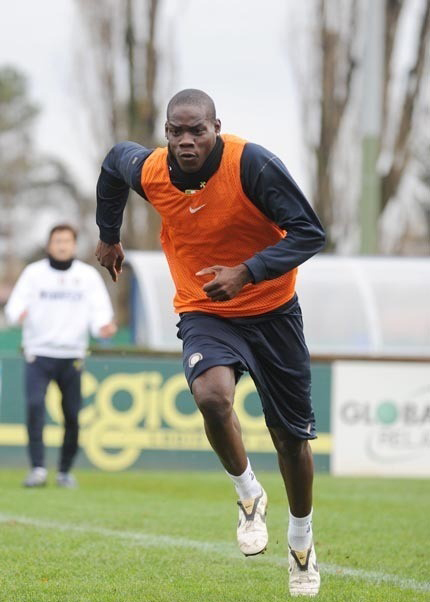 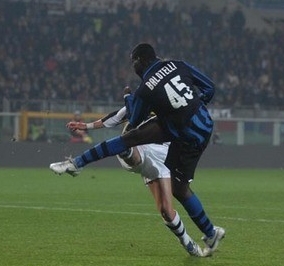 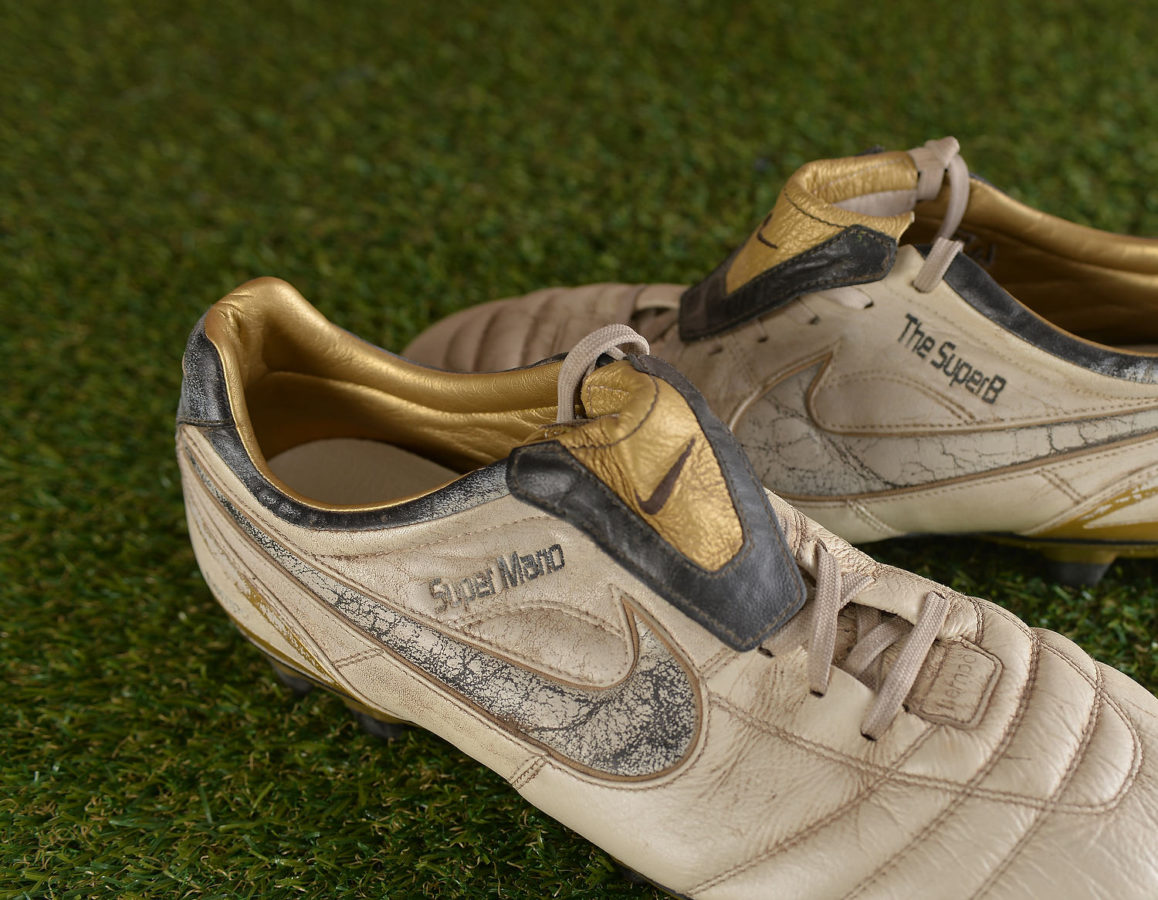 Agile, quick, creative and powerful, Balotelli is credited with pace, flair, physical strength, technical ability and an eye for goal. His height, elevation and physique allow him to excel in the air, and he is capable of scoring with his head or with either foot, from both inside or outside the penalty area. Although he normally plays in a central role as a main striker, he is a versatile forward capable of playing anywhere along the front line and has also been deployed as a winger or as a second striker. Despite his talent, he has been criticized by managers, teammates and the media for a perceived poor and immature attitude at times, as well as his for his poor movement and work-rate, inconsistency, mentality, and volatile temperament and arrogant behaviour on the pitch, which has often led him to pick up unnecessary bookings throughout his career. Balotelli has also been accused of diving, and is thus regarded by teammates and the media as a promising but undisciplined player.Due to his powerful shot, Balotelli is also a set-piece specialist, and is regarded as one of the best penalty kick takers in world football, a view backed by his former Manchester City goalkeeping teammate Joe Hart. Balotelli missed his first competitive penalty against Napoli on 22 September 2013 when it was saved by Pepe Reina, the first time in 22 attempts as a professional. 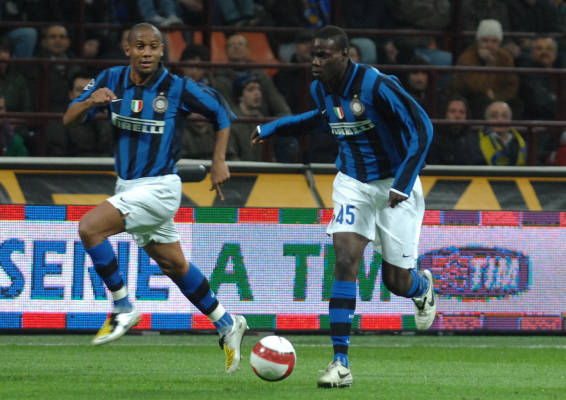 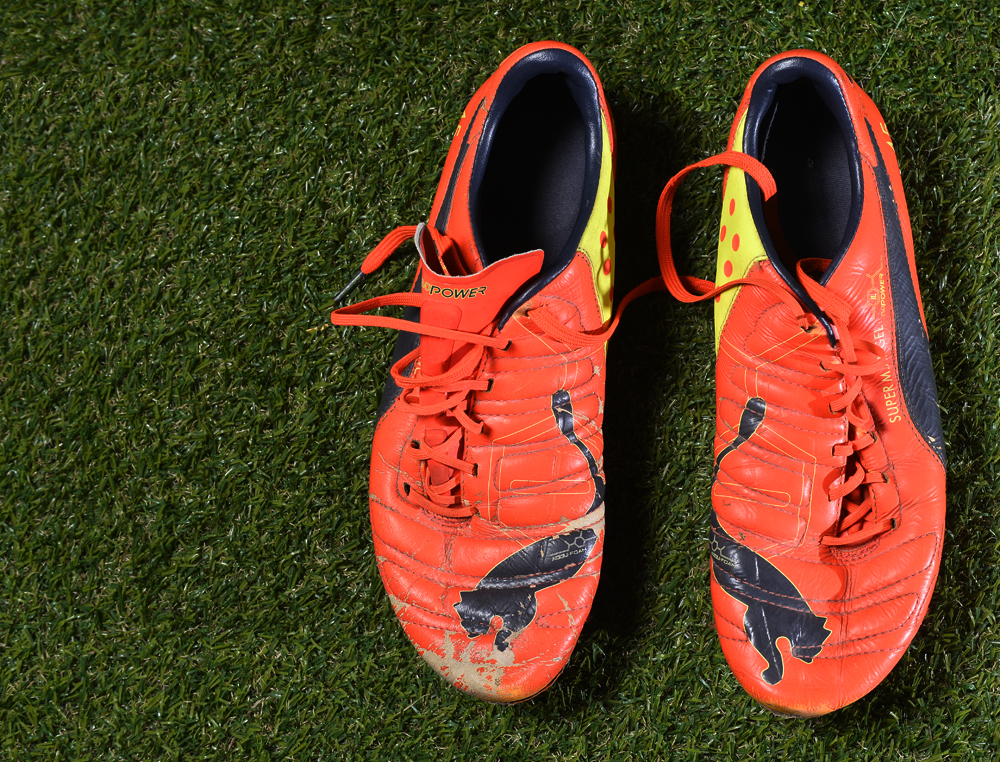 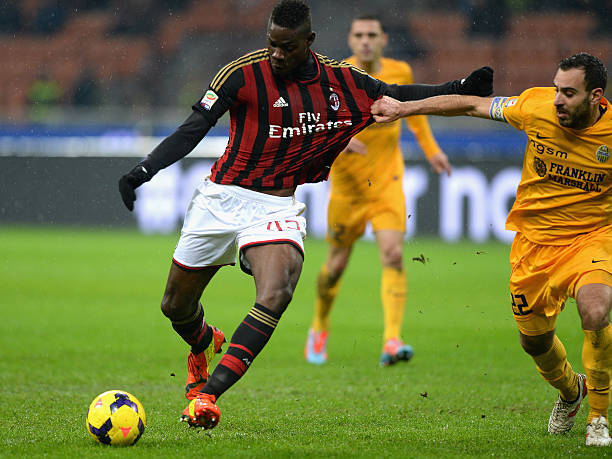 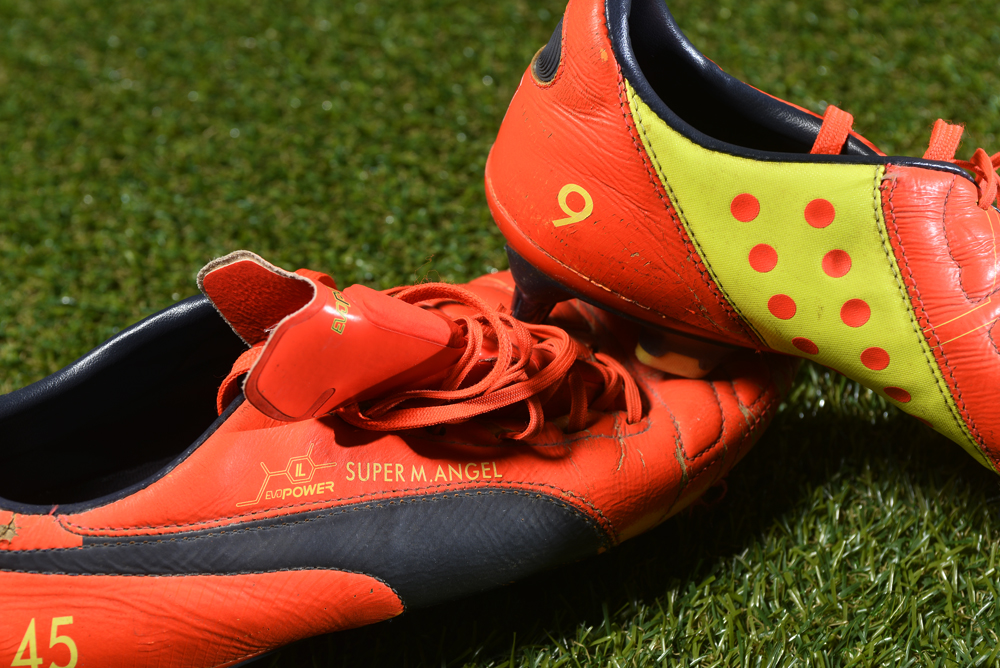 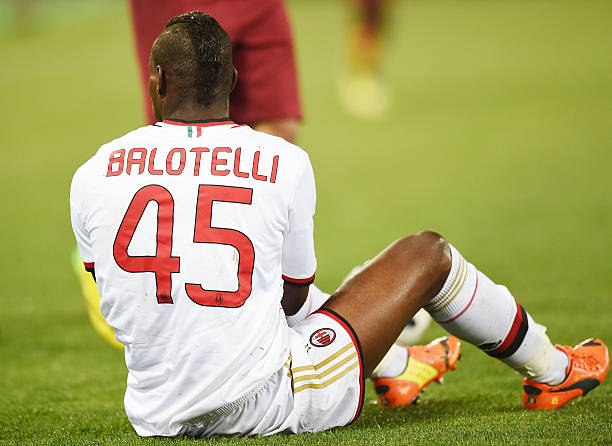 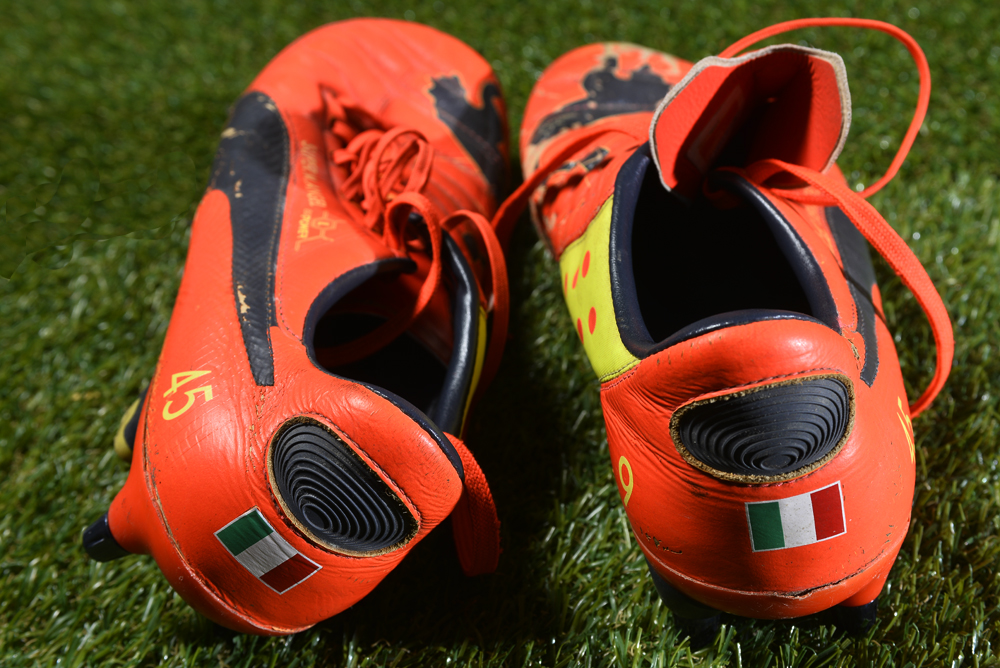 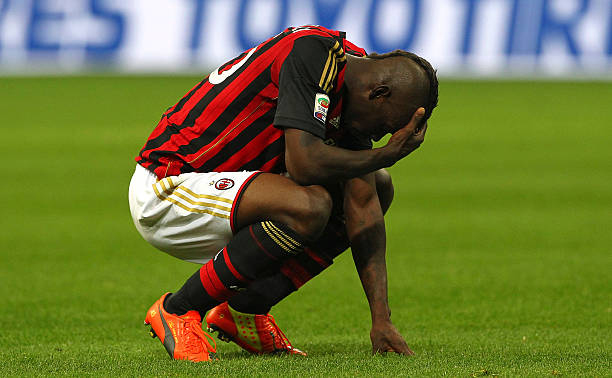 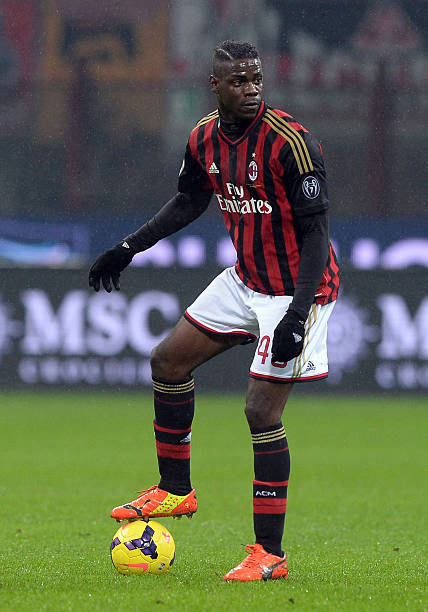 On 29 January 2013, A.C. Milan’s organizing director Umberto Gandini announced the club had agreed to sign Balotelli from Manchester City on a four-and-a-half year deal rumoured to be worth €20 million plus bonuses and add-ons. Manchester City’s then manager Roberto Mancini suggested he had sanctioned Balotelli’s sale to Milan for the good of the player, describing the forward as “like another one of my children” and saying Balotelli could become one of the best players in the world when restored to Serie A. On 31 January 2013, the Serie A giants completed the signing, and Balotelli was awarded the number 45 shirt, the same number he wore for Inter Milan and Manchester City. Milan vice-president Adriano Galliani said, “Balotelli in Rossoneri is a dream that has been realized. It is a transfer that everyone wanted: club, president and fans.” Balotelli received a warm reception when he returned to Milan. His arrival saw some fans scuffling with police and one policeman was taken to hospital with head injuries. It was said Silvio Berlusconi’s signing of Balotelli would help him gain extra votes in the 2013 Italian general election. On 3 February 2013, Balotelli made his debut for Milan and scored two goals, including a last minute penalty, to earn a 2–1 victory over Udinese. The win lifted Milan to fourth in the table, ahead of Inter Milan on goal difference. In the next two matches, Balotelli scored two goals, including 30 yards (27 m) free-kick against Parma. With that goal, he equaled Oliver Bierhoff’s record of four goals in first three matches for Milan.[93] In his fifth appearance, Balotelli appeared as a substitute against Genoa and scored his fifth goal for his new club. In the match against Palermo, Balotelli continued his impressive scoring streak with two more goals, one from a penalty and another from an M’Baye Niang cross. Balotelli then scored four goals in three consecutive matches: one against Catania, one against Torino and two against Pescara. On the final day of the season, Balotelli scored his 12th goal in 13 matches for Milan as the team defeated Siena to qualify for the 2013–14 UEFA Champions League. He ended his first season with Milan with 12 goals in 13 appearances as Milan finished 3rd in Serie A. On 22 September 2013, Balotelli missed a penalty in a competitive match for the first time in 22 attempts as a professional; the kick was saved by Pepe Reina as Milan lost 2–1 to Napoli. During a match against Catania on 1 December, Balotelli accused opponent Nicolás Spolli of racially abusing him, but there was insufficient evidence for any action to be taken. The following week, Balotelli scored two goals in a 2–2 draw with Livorno, including a sensational 30-yard direct free kick that was clocked at a speed of 109 km/h. In August 2014, Balotelli joined Liverpool for a £16 million transfer fee to replace the outgoing Luis Suárez. 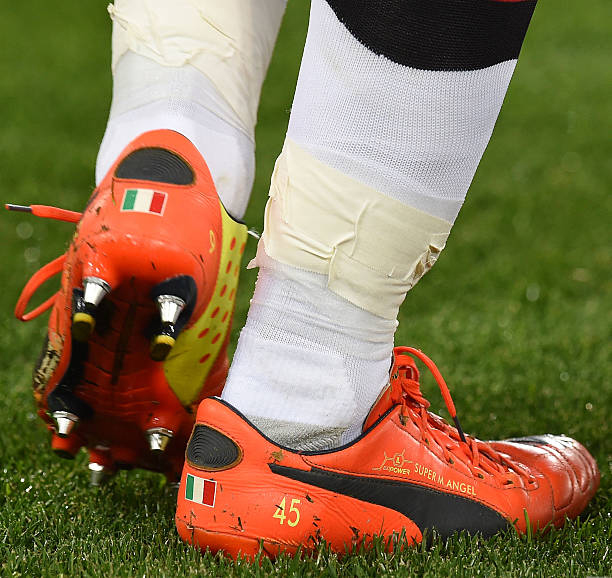 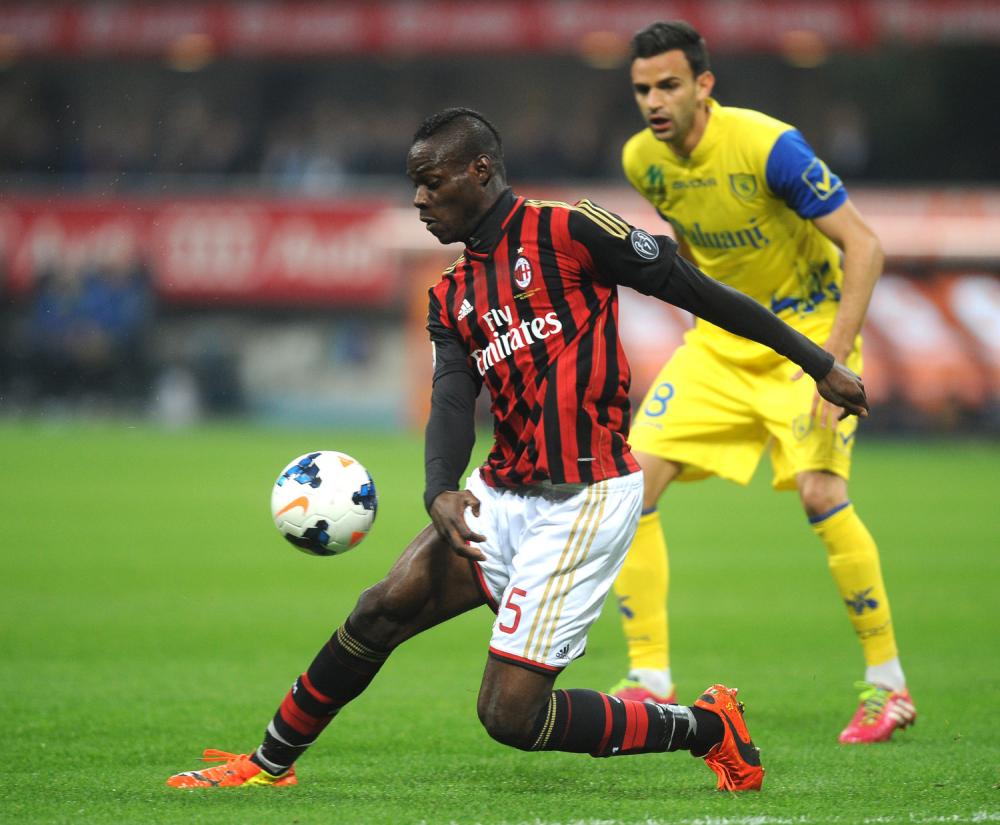 Grosso Grosso2019-04-21T22:05:24+00:00
Page load link
This site uses cookie technology, including third parties' ones. If you want to know more click here. If you access any element of this site outside this banner, you consent to the use of cookies. Ok
Go to Top