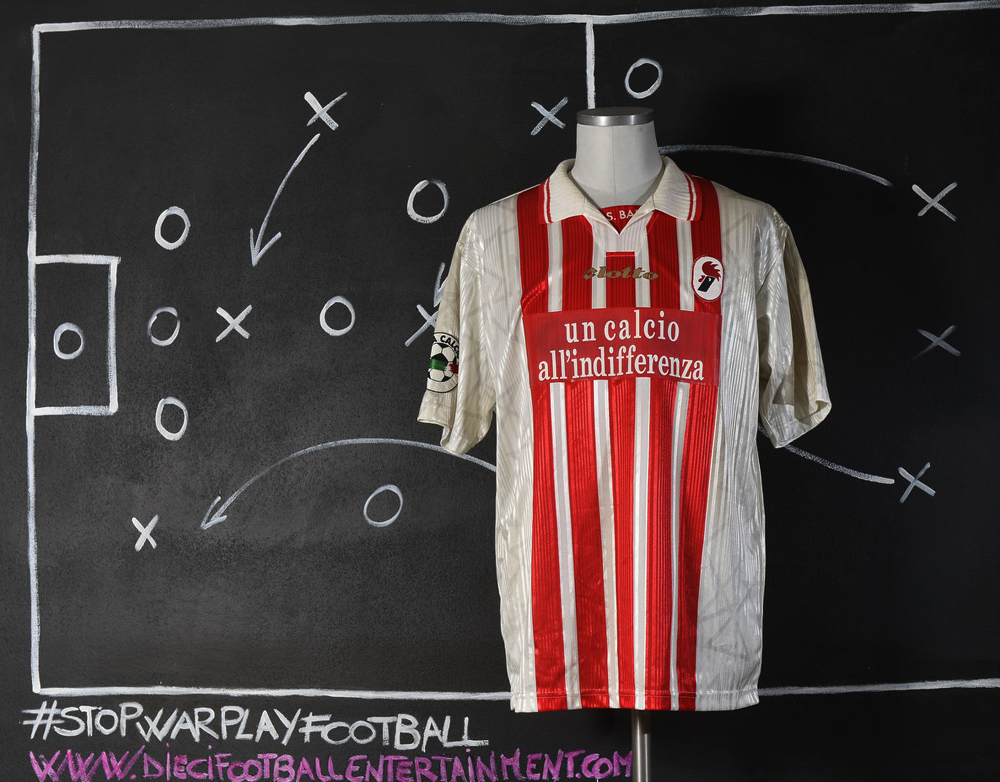 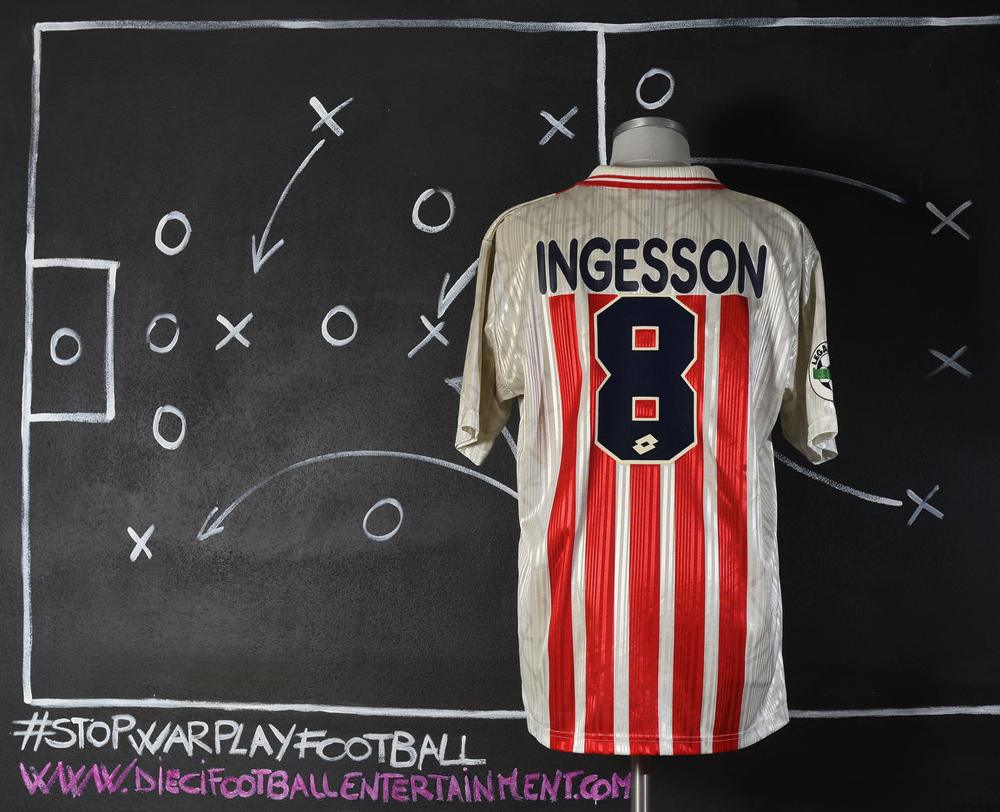 This shirt was worn by Klas Ingesson during the Seria A game between Bari and Vicenza which took place in Bari, “San Nicola” Stadium, on April 26th 1998. Ingesson swapped the shirt with a Vicenza’s player who we get it from. Ingesson joined Bari in the summer of 1996. He played in Bari for two seasons, playing 94 games and scoring 11 goals. 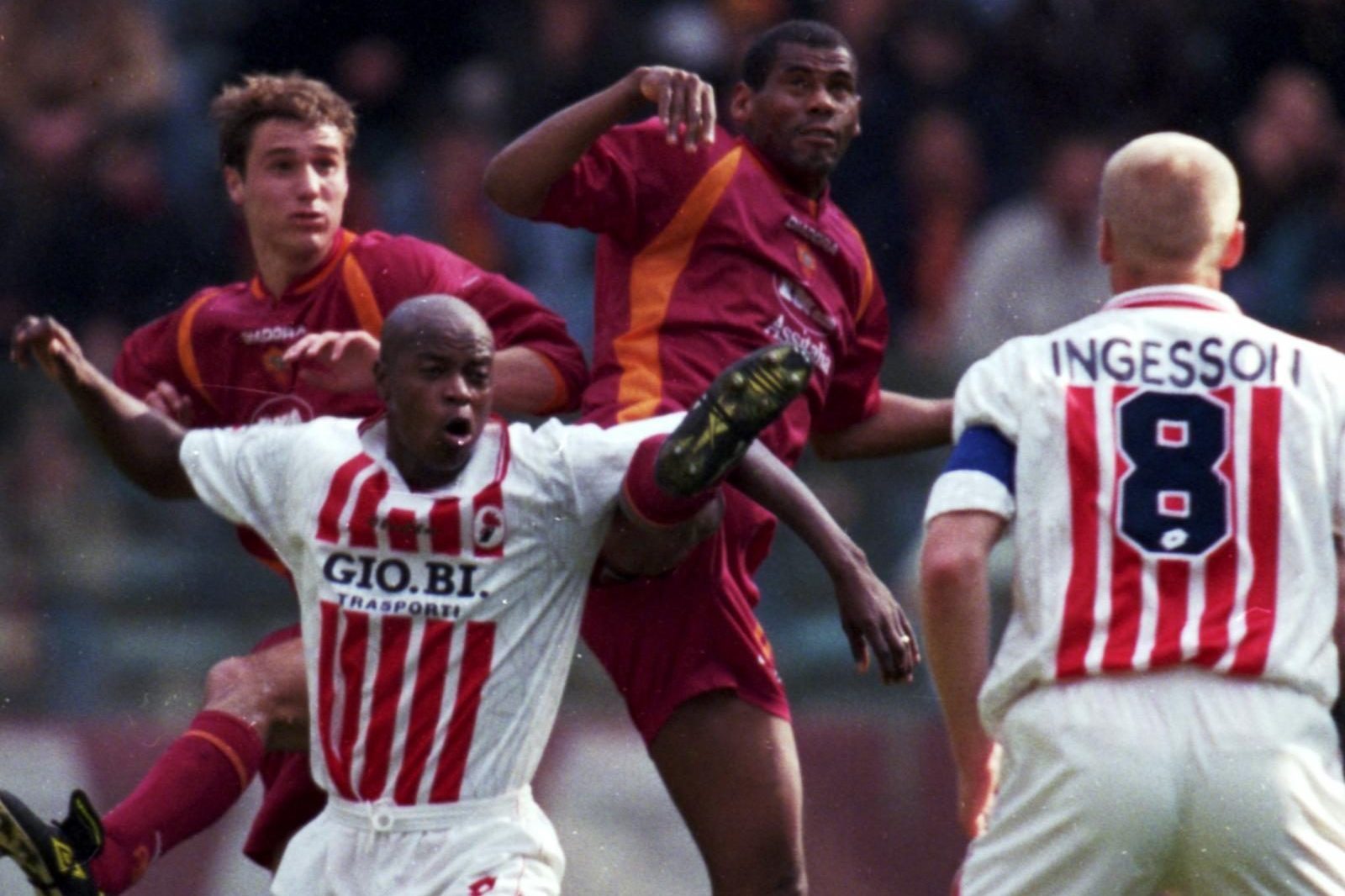 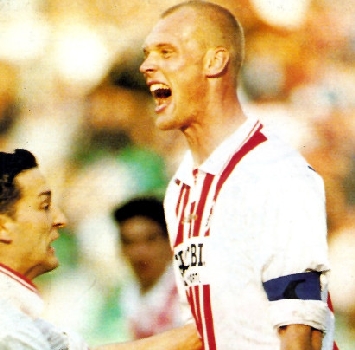 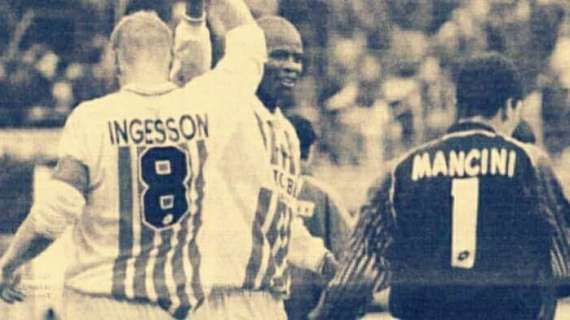 This shirt has the “UN CALCIO ALL’INDIFFERENZA” sponsor which was used in only few games during the season 1997/1998. Firstly this sponsor was supposed to be a one-game only charity sponsor. But going on during the season the usual “GIO.BI.” sponsor had to be removed by team’s shirts because the company went on bankrupt so the “UN CALCIO ALL’INDIFFERENZA” sponsor replaced it for the last games of the season. 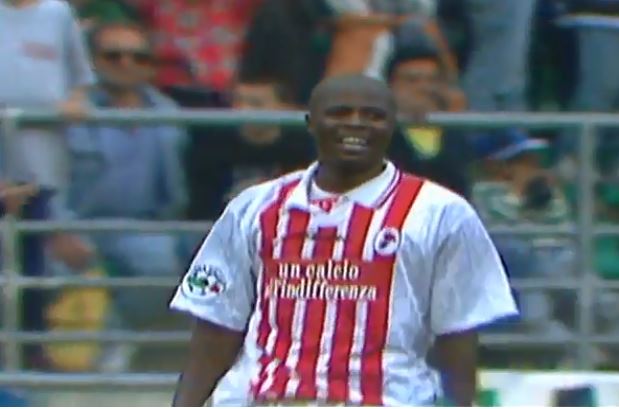 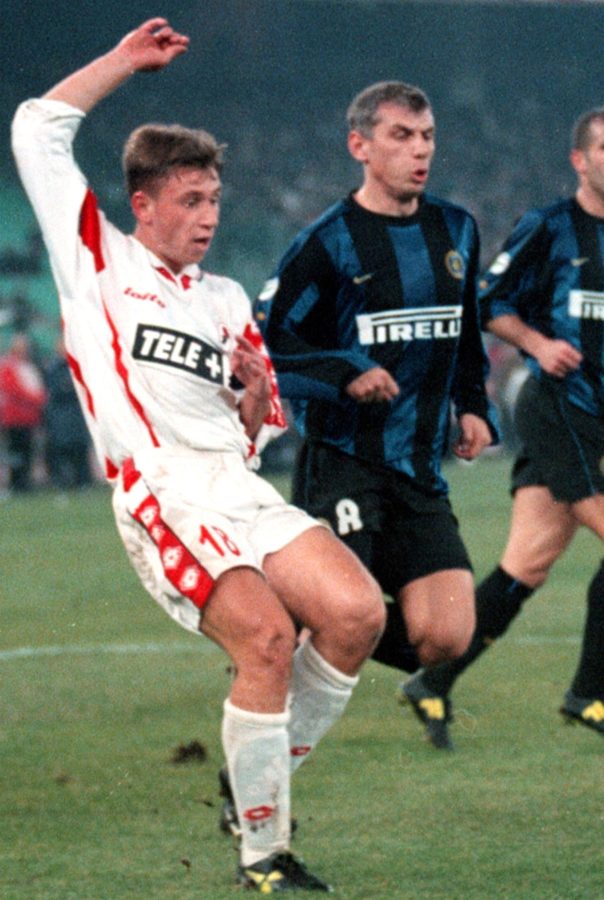 Cassano was born in Bari and his father left the family shortly thereafter. He was raised in poverty by his mother in the San Nicola district of the Bari Vecchia neighbourhood, and began playing football on the streets at an early age. Cassano was spotted by a Bari scout and brought up through the team’s youth system, and he made his Serie A debut for Bari against local rivals Lecce on 11 December 1999. During his time with Bari, he soon emerged as one of Serie A’s most promising young Italian players, drawing particular attention to himself after scoring a notable, individual, match-winning goal (his first ever Serie A goal) in a 2–1 home win over Italian giants Inter Milan, on 18 December 1999, at the age of 17: in the 88th minute, after controlling a 40-yard lobbed pass on the run with his backheel, he subsequently dribbled past veteran defenders Christian Panucci and Laurent Blanc, wrong-footing goalkeeper Fabrizio Ferron with a dummy, before finishing at the near post. Cassano’s technical skill, precocious talent and impressive performances earned him the nicknames “Fantantonio“, due to his flair and creativity, and “El Pibe de Bari” (“The Kid from Bari”), a reference to the legendary Diego Maradona’s nickname, “El Pibe de Oro“. During his two seasons with Bari, he scored a total of 6 goals in 48 Serie A matches, scoring 3 goals in 21 appearances during his first season, and 3 goals in 27 league matches during his second season with the club. The shirt was swapped with an Internazionale player who auctioned it for a Lega Calcio charity fund raising. 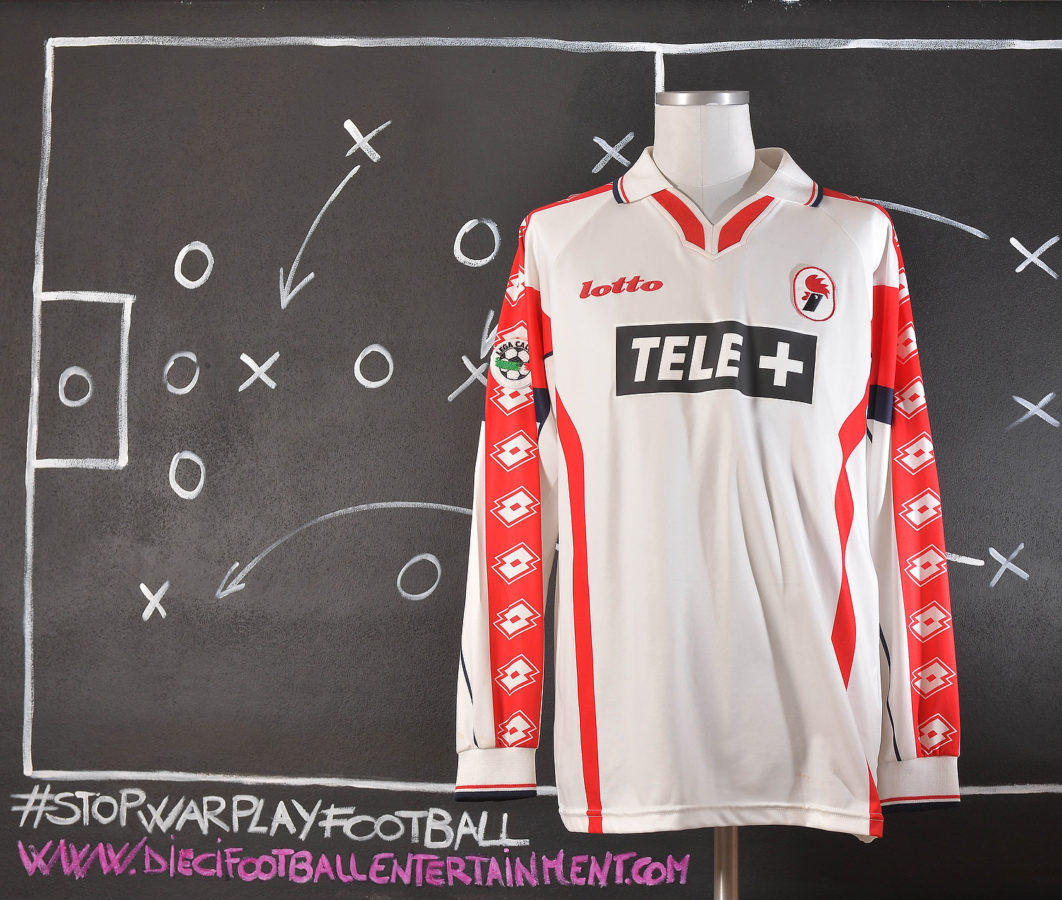 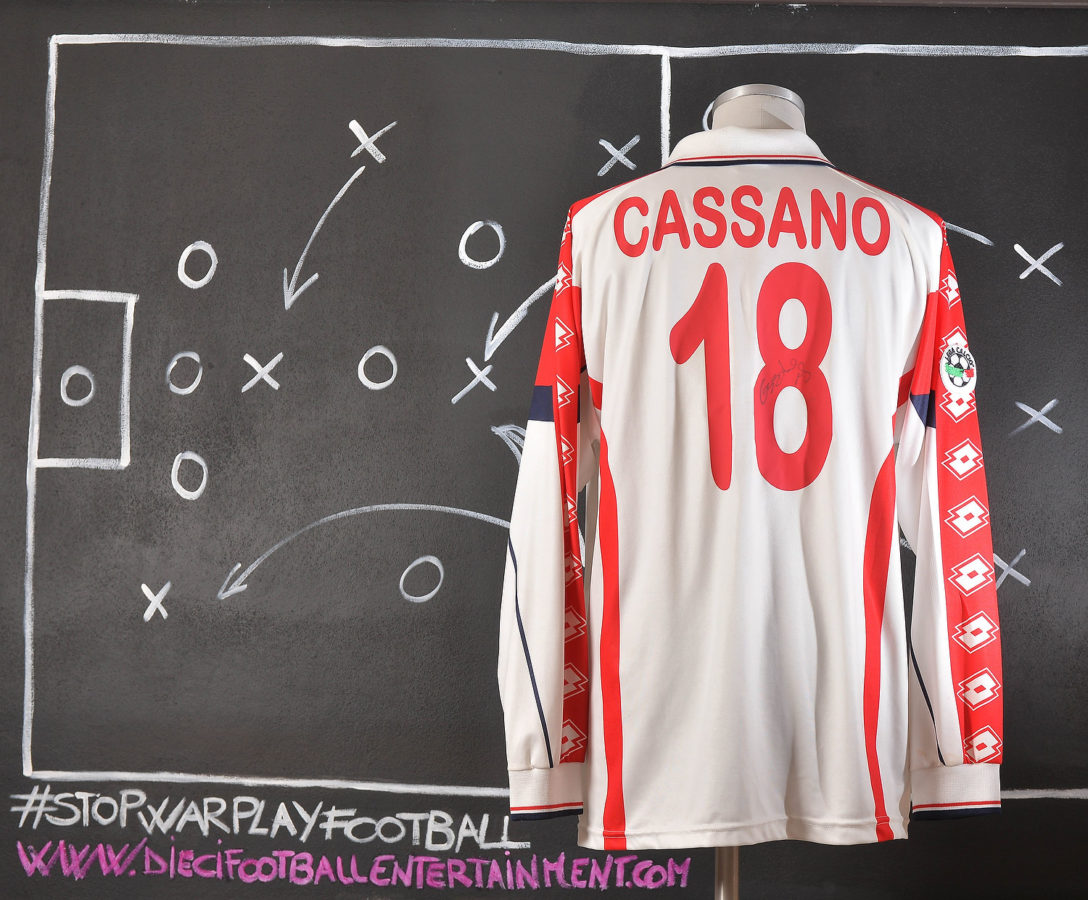 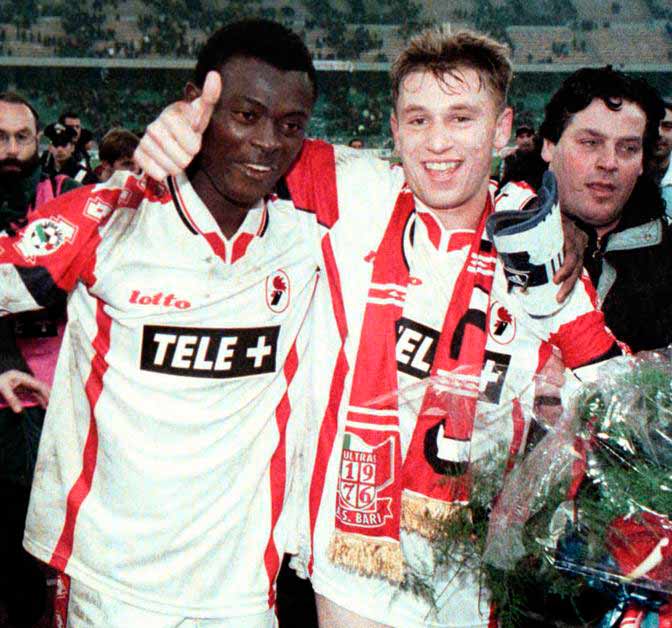