David John Beasant is an English former football goalkeeper. He began his career in the late 1970s. Beasant’s former clubs include Edgware Town, Wimbledon, Newcastle United, Chelsea, Southampton, Nottingham Forest, Portsmouth, Tottenham Hotspur, Brighton & Hove Albion and Wigan Athletic. He played in Wimbledon’s 1988 FA Cup victory, during which he became the first goalkeeper to save a penalty in an FA Cup final and the first goalkeeper to lift the cup as captain of the winning team. He made two appearances for the England national football team. On 10 May 2015, Beasant became the oldest individual to be selected in the squad for a match in Football League history while representing Stevenage as a substitute against Southend in the League Two Play-Off semi-final second leg, at the age of 56. 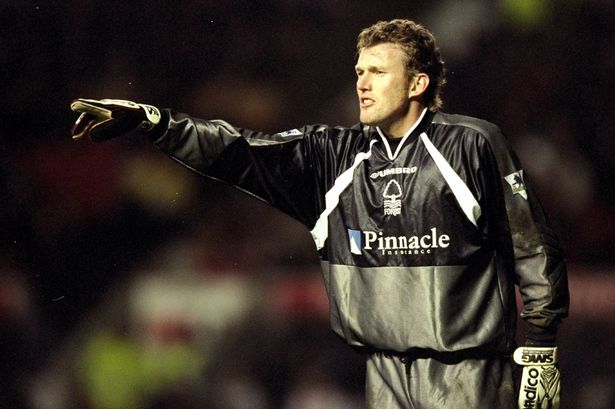 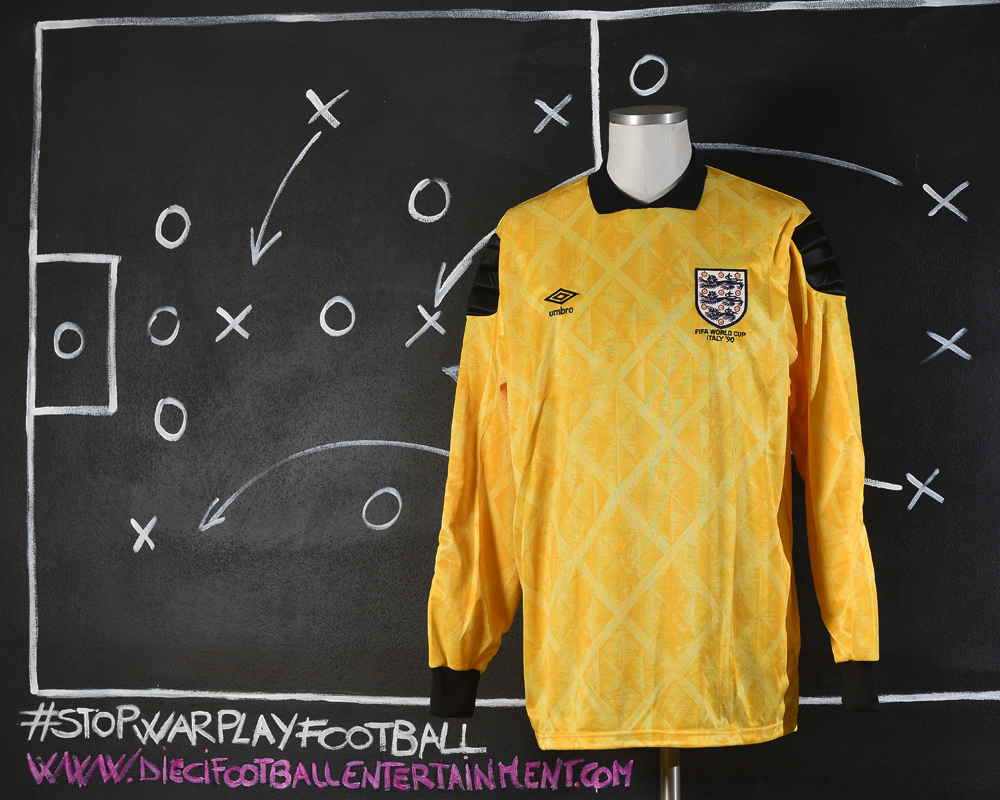 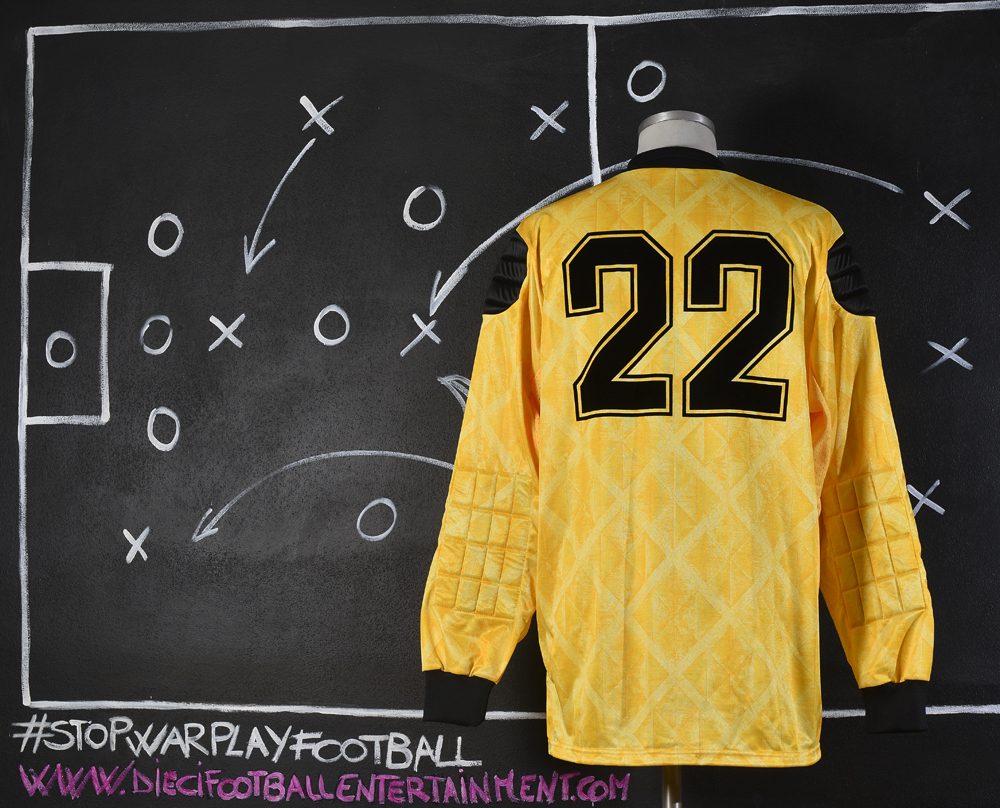 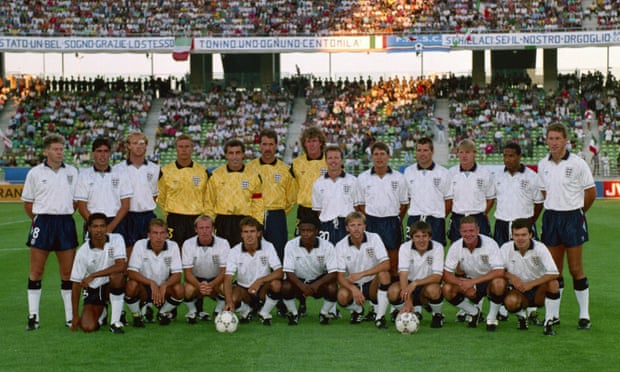 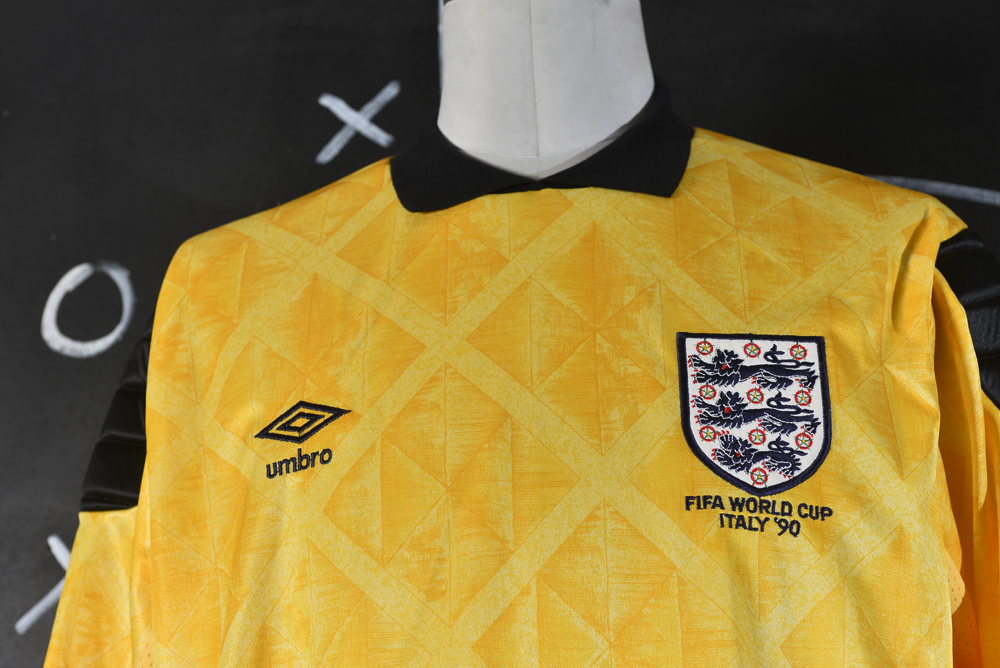 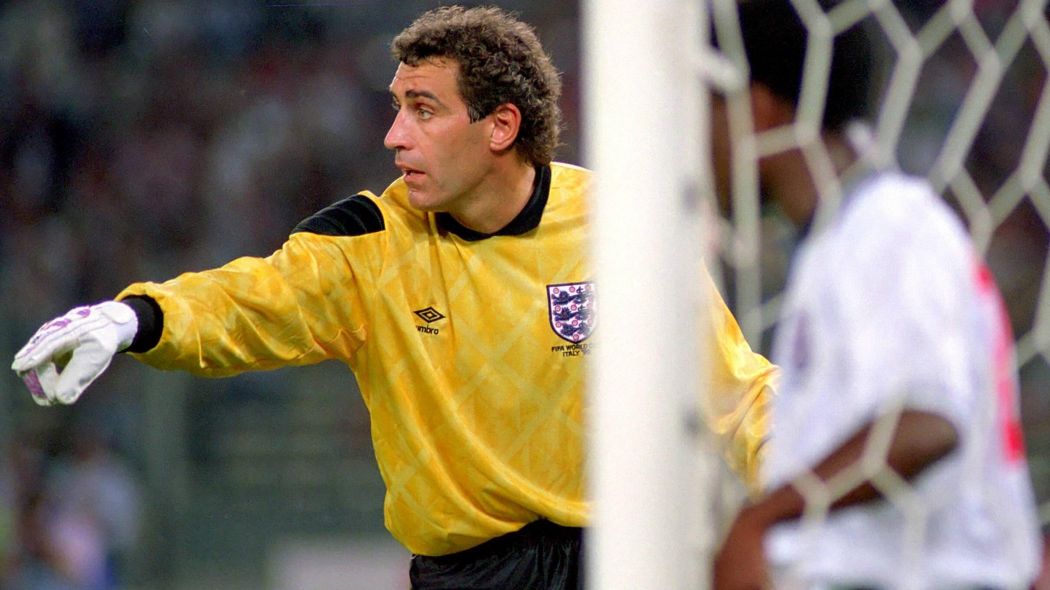 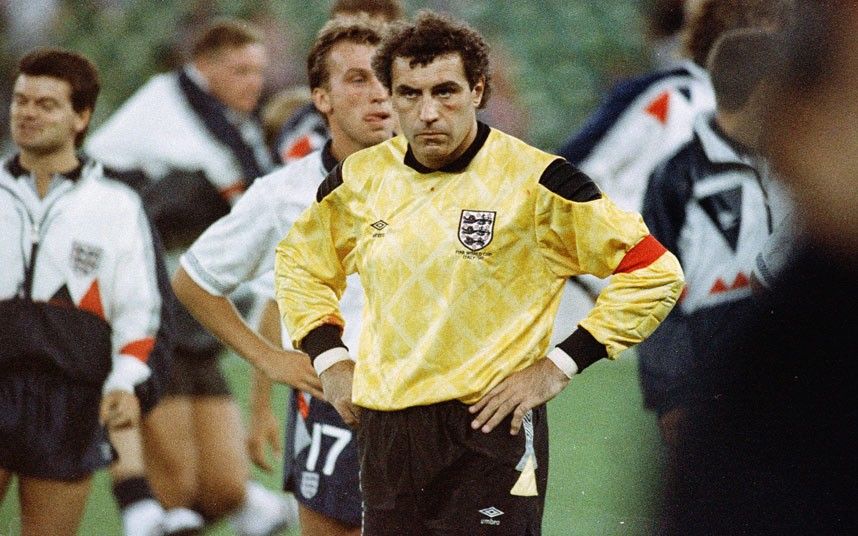 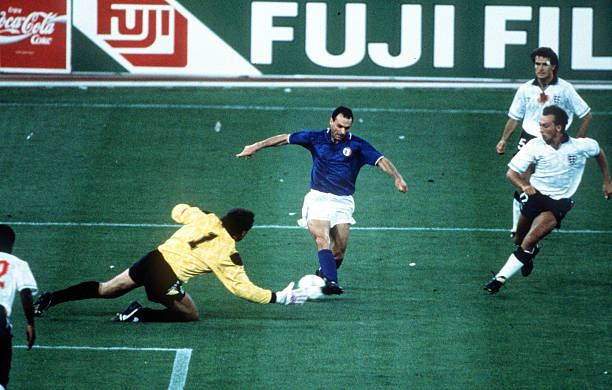 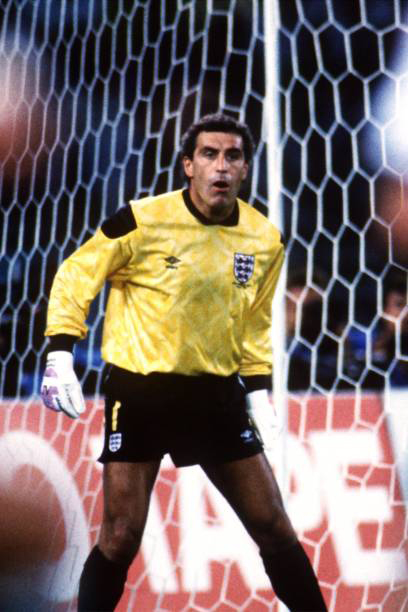 Dave Beasant was selected to play two full international matches for England by manager Bobby Robson. The first of Beasant’s two England caps came at Wembley Stadium on 15 November 1989 against Italy in a friendly match, where he replaced Peter Shilton as a half-time substitute and kept a clean sheet in a 0-0 draw. The following month on 13 December, also at Wembley, he made his second appearance in a friendly against Yugoslavia, again as a half-time substitute in a 2-1 win for England. He was a member of England’s 1990 FIFA World Cup squad, having been called up after David Seaman had to withdraw through injury. 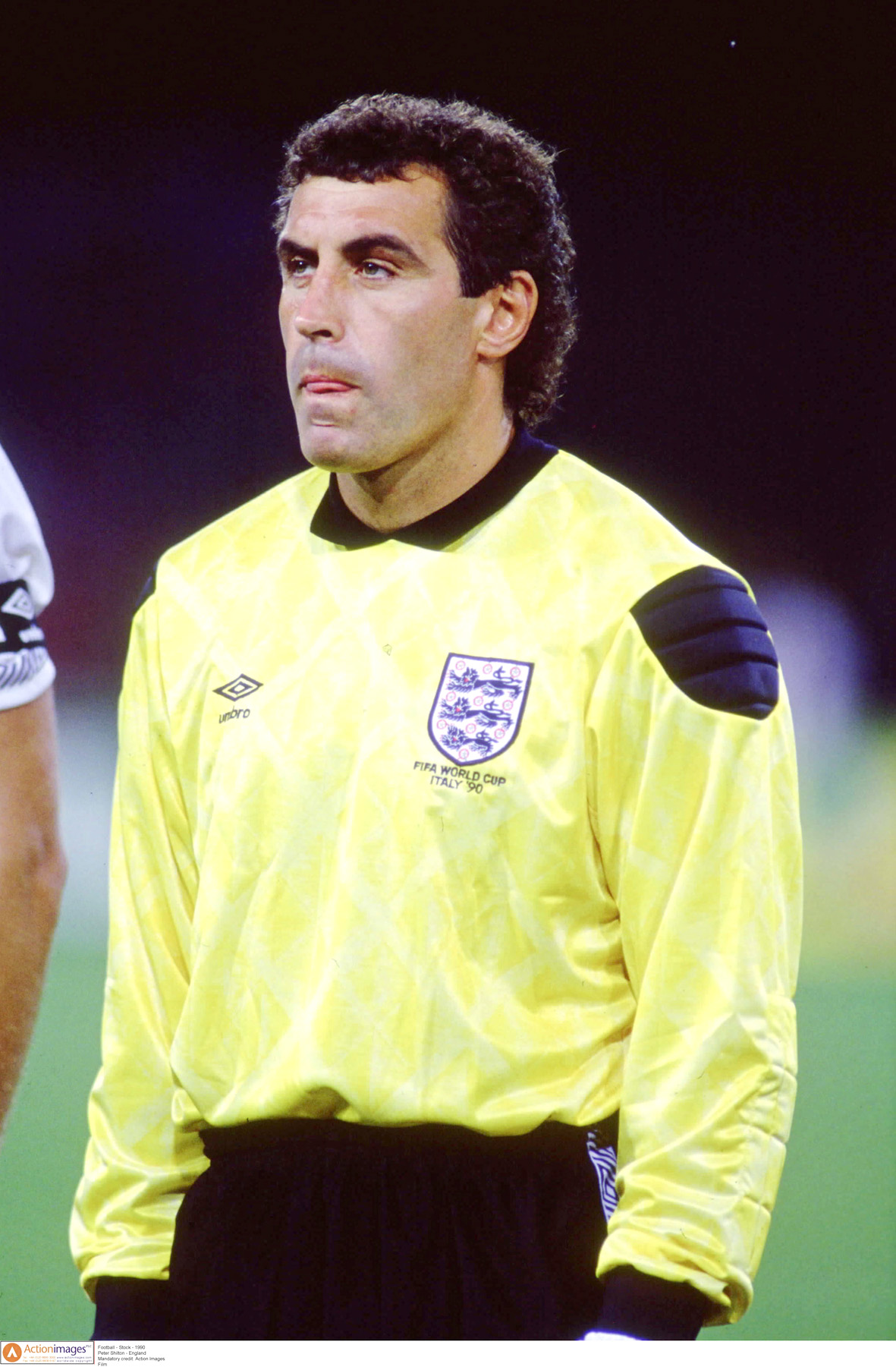 This shirt was worn by England team third goalkeeper Dave Beasant during the FIFA World Cup “Italia 90” 3rd-4th place final against Italy which took place in Bari, San Nicola Stadium, on July 7th 1990. The game saw three goals in a 15-minute spell. Roberto Baggio opened the scoring after a rare mistake by England’s goalkeeper Peter Shilton, in his final game before international retirement, presented a simple opportunity. A header by David Platt levelled the game 10 minutes later but Schillaci was fouled in the penalty area five minutes later, leading to a penalty. Schillaci himself got up to convert the kick to win him the tournament’s Golden Boot for his six-goal tally. Nicola Berti had a goal ruled out minutes later, but the hosts claimed third place. England had the consolation prize of the Fair Play award, having received no red cards and the lowest average number of yellows per match. Dave Beasant was the reserve during the game and he swapped the shirt after the game with the third Italy Team’s goalkeeper who we got the shirt from. A curious thing about this shirt is that during the World Cup there were two players in England team who wore the number 22 during the competition. David Seaman was originally the coach Robson third-choice goalkeeper for the competition, behind Peter Shilton and Chris Woods, but after arriving in Italy he had to pull out of the squad due to injury. Beasant got a reprieve when, on the eve of England’s second game, against the Netherlands, he was summoned, with FIFA’s permission, to replace David Seaman, who had suffered the thumb injury.

Grosso Grosso2019-10-09T10:31:36+00:00
Page load link
This site uses cookie technology, including third parties' ones. If you want to know more click here. If you access any element of this site outside this banner, you consent to the use of cookies. Ok
Go to Top