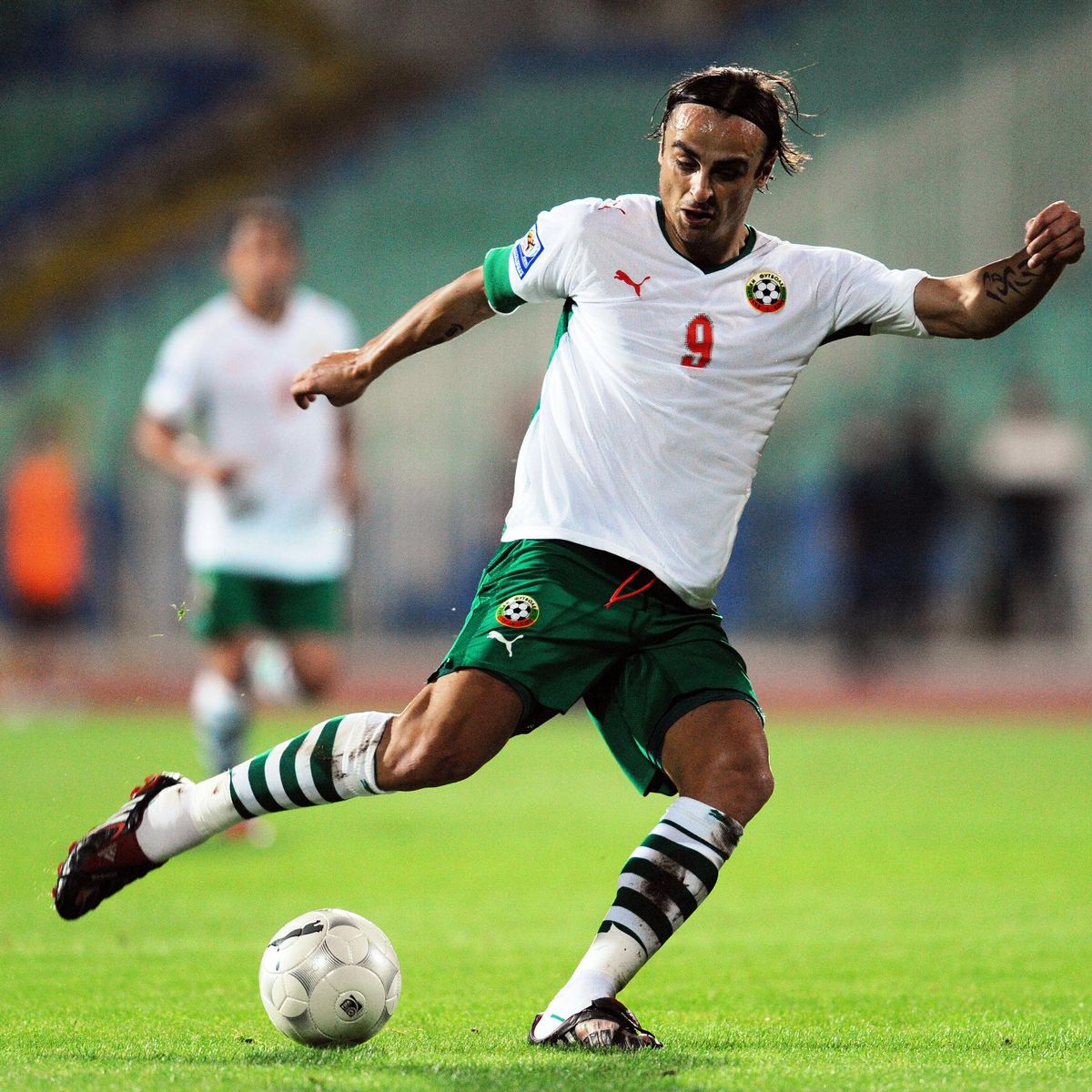 Dimitar Ivanov Berbatov is a Bulgarian former professional footballer. A striker, he captained the Bulgaria national team from 2006 to 2010, and is the country’s all-time leading goalscorer. He is regarded as one of the greatest Bulgarian players of all time. Born in Blagoevgrad, Berbatov started out with his home-town club Pirin before joining CSKA Sofia as a 17-year-old in 1998. He was signed by Bayer Leverkusen of Germany in January 2001 and played in his first Champions League final 18 months later, coming on as a substitute in the 2002 UEFA Champions League Final, which Leverkusen lost 2–1 to Real Madrid. After five-and-a-half years with Leverkusen, he joined English club Tottenham Hotspur in July 2006, where he spent two years before moving to Manchester United. He played in his second Champions League final in 2009, during his side’s 2–0 defeat against Barcelona. After four seasons with United, during which time he won two Premier League titles in 2008–09 and 2010–11, as well as the Premier League Golden Boot in 2010–11, he joined Fulham in August 2012. He had later spells in France with Monaco, Greece with PAOK, and India with Kerala Blasters, before retiring at the end of 2017-18. Berbatov made his debut for Bulgaria on 17 November 1999, aged 18. He represented Bulgaria at Euro 2004 which was the only major tournament he played at for his country, owing to the team’s failure to qualify for other tournaments.[9] Berbatov captained the team from 2006 until May 2010, when he announced his retirement from international football, leaving his tally for Bulgaria standing at 48 goals from 78 matches. He won the Bulgarian Footballer of the Year a record seven times, surpassing the number of wins by Hristo Stoichkov. 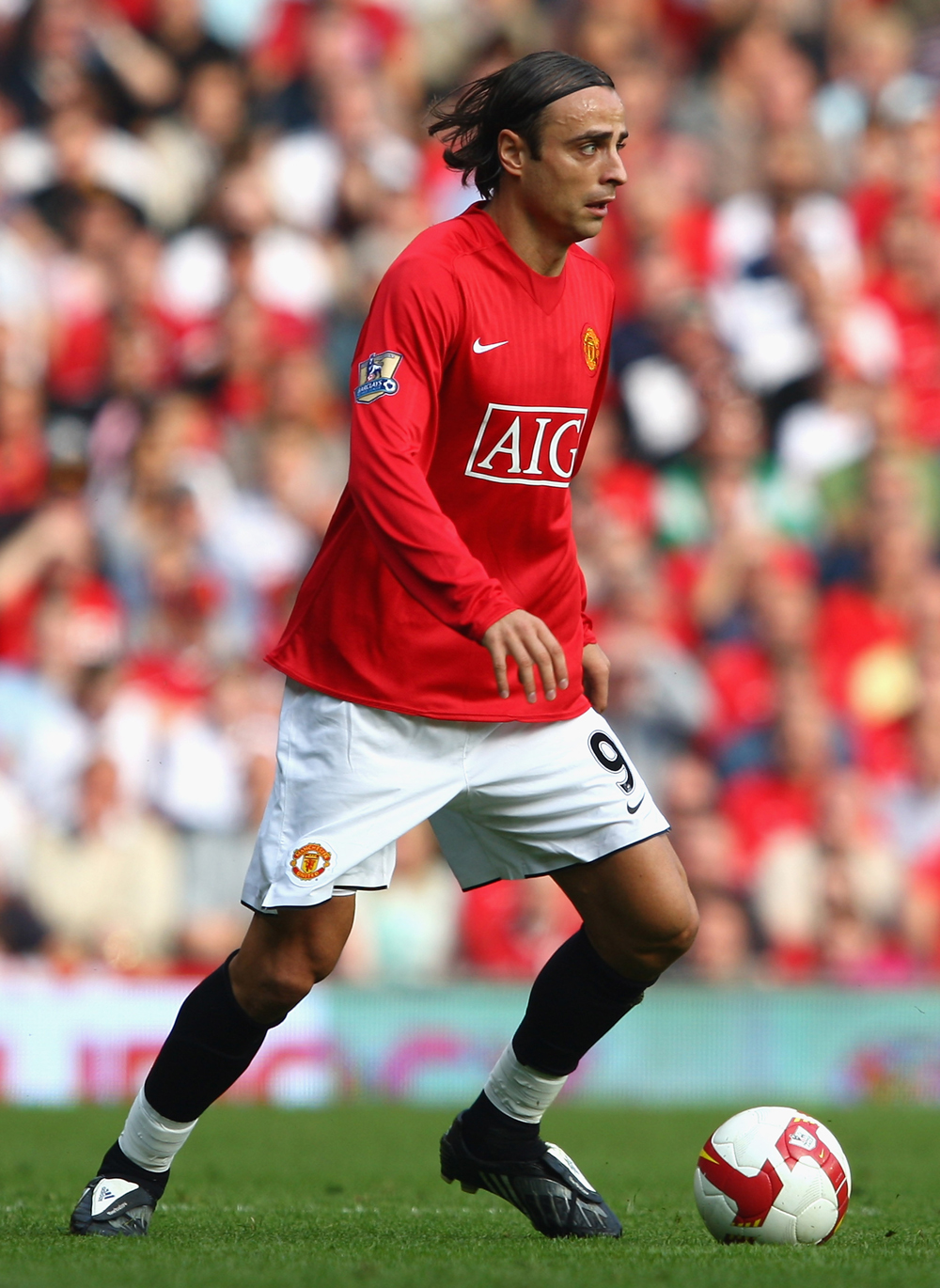 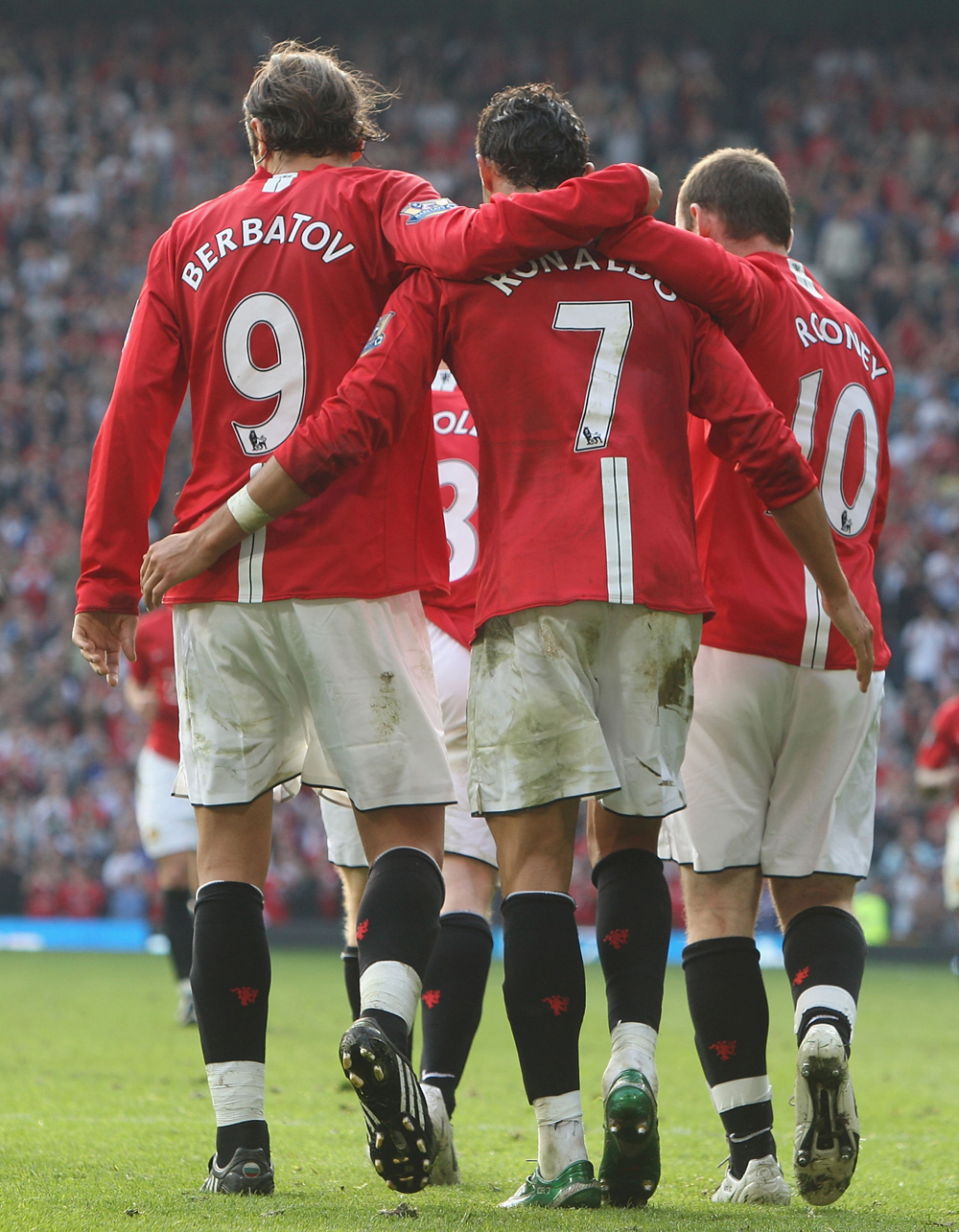 Berbatov was known for his footballing intelligence, technical ability, ball control, and composure; in particular, his unhurried stance in front of goal was described by The Scotsman’s Tom Lappin as “elegant and calm”. He also possessed exceptional precision when passing and shooting, and took his time when on attack in order to ensure the best move possible. As such, he was often used as a deep-lying centre forward, receiving passes from the midfield, holding the ball up and then using his tactical acumen and well-honed skill to bring his teammates into the game. His impressive physical stature combined with these attributes to form a strong all-round attacking player. It was because of these characteristics that he was signed by Manchester United, who intended for Berbatov to complement the combative and busy style of their English striker Wayne Rooney. Whereas Rooney was known for exerting himself vigorously for the entirety of a match, Berbatov employed a more laid-back and composed style, and because of this was sometimes criticised by observers who interpreted this as laziness; he was also accused of being inconsistent at times by certain pundits. On signing for Manchester United, Berbatov attracted comparisons with former United forward Eric Cantona, not only because of his languid and impeccable touch, but also because of his bravado and perceived arrogance. Berbatov was, however, capable of adapting his style to play more directly when required; in April 2010, for example, with Rooney absent, Berbatov gave a performance against his former side Tottenham which, in James Ducker’s words, was as if he had “decided to take it upon himself to impersonate the England striker”. Combining uncharacteristic determination and effort with his regular technical skill, he contributed to the first Manchester United goal and helped United to a 3–1 victory. 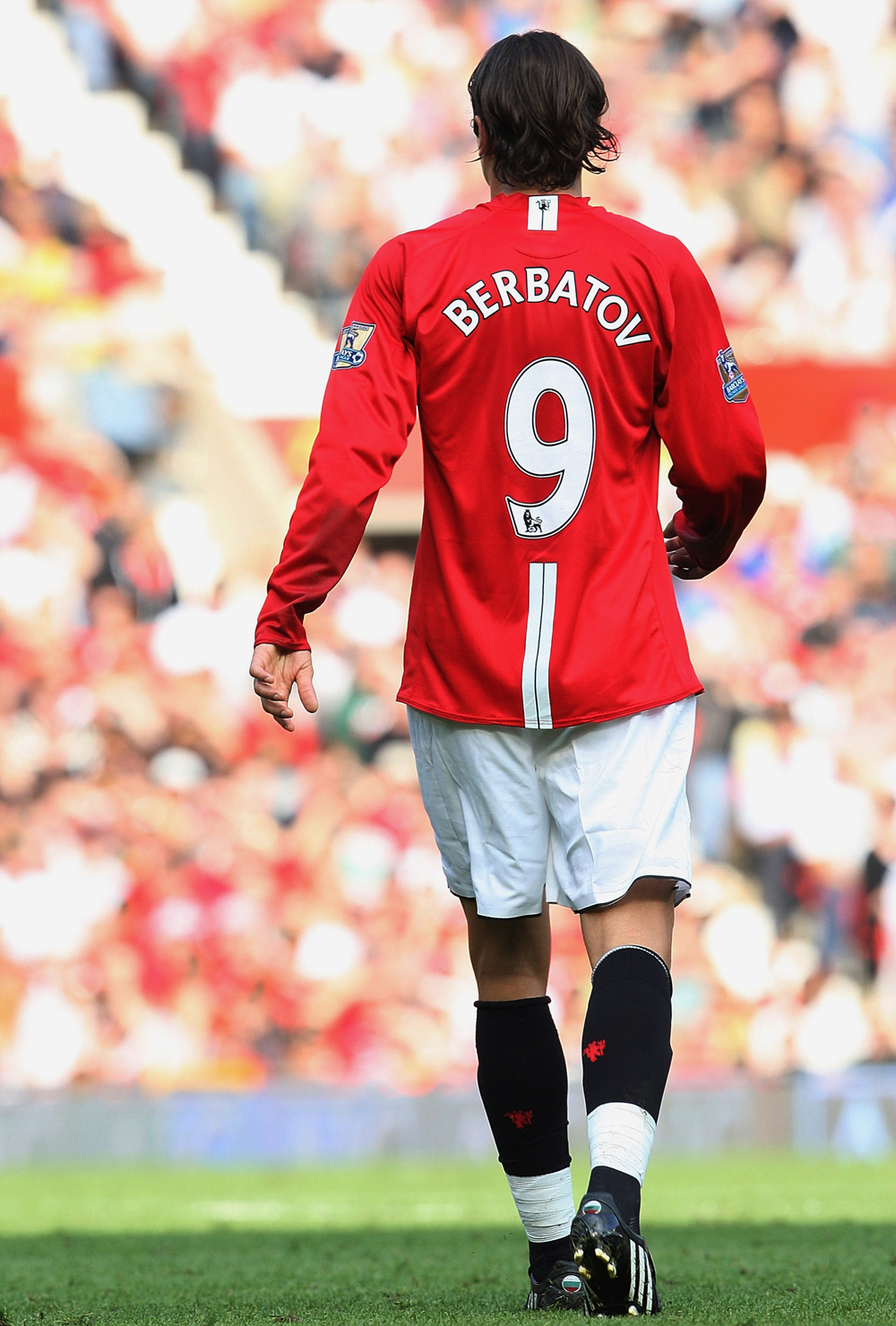 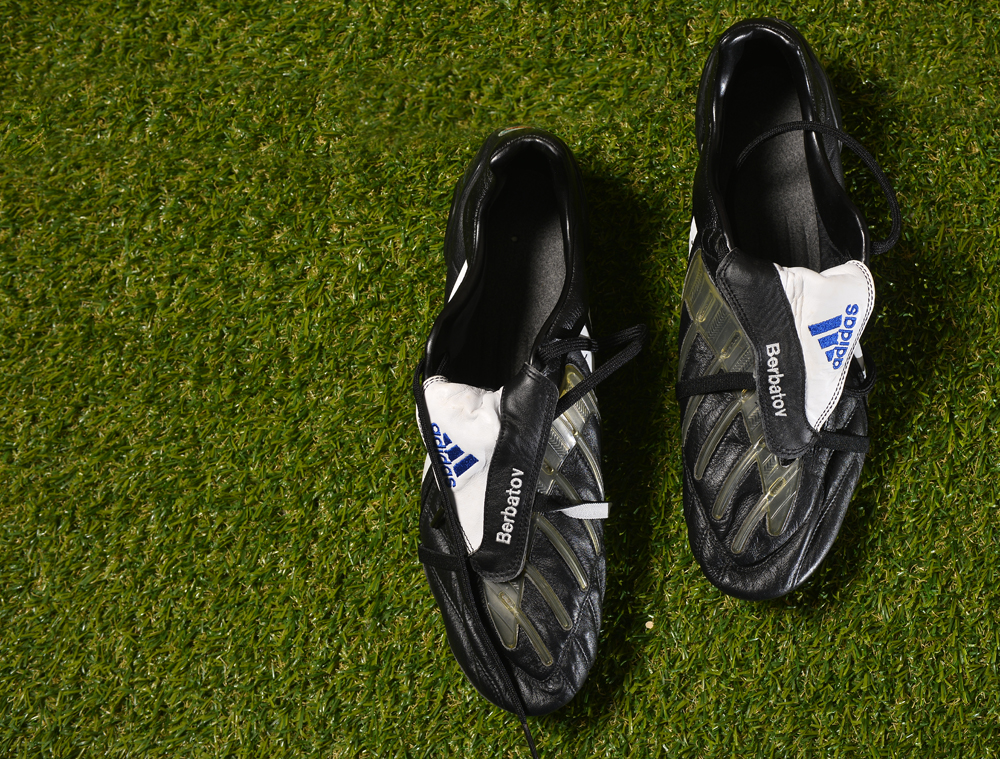 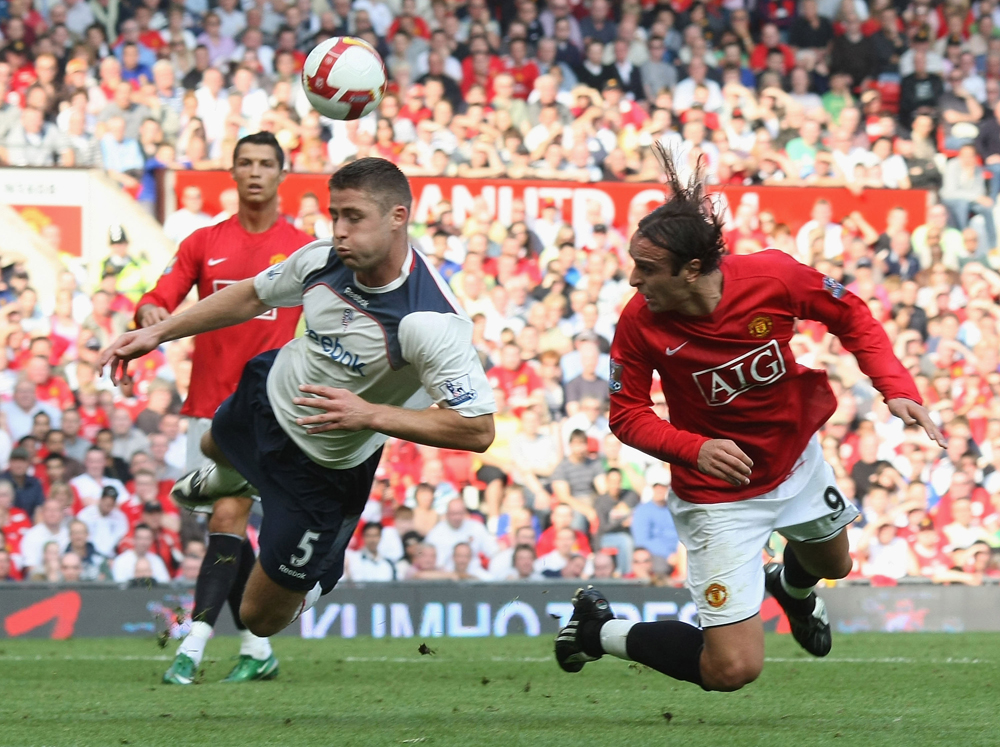 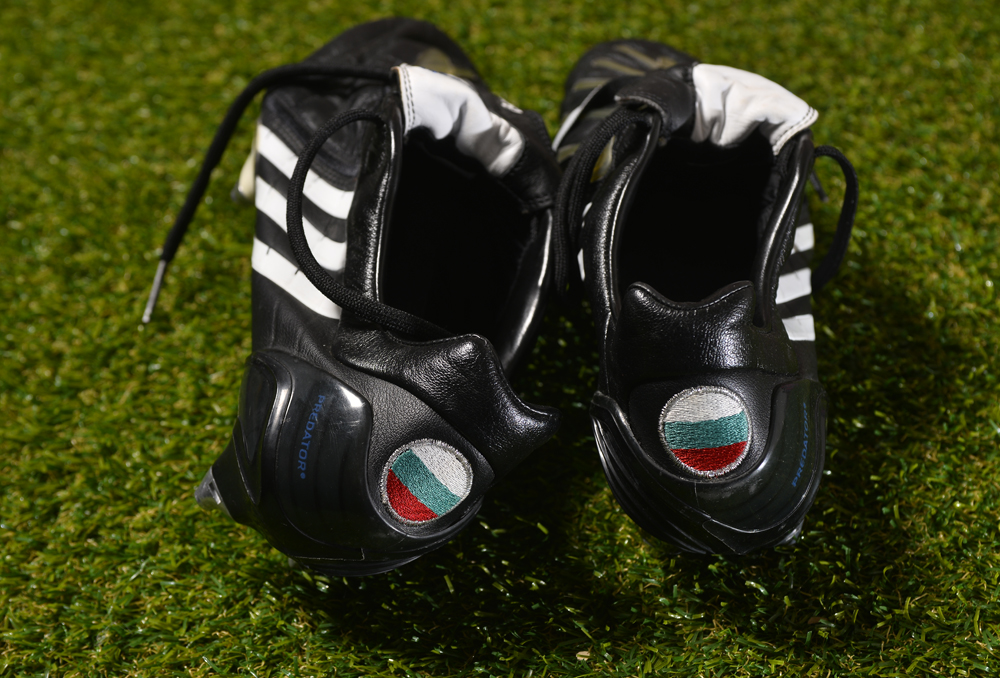 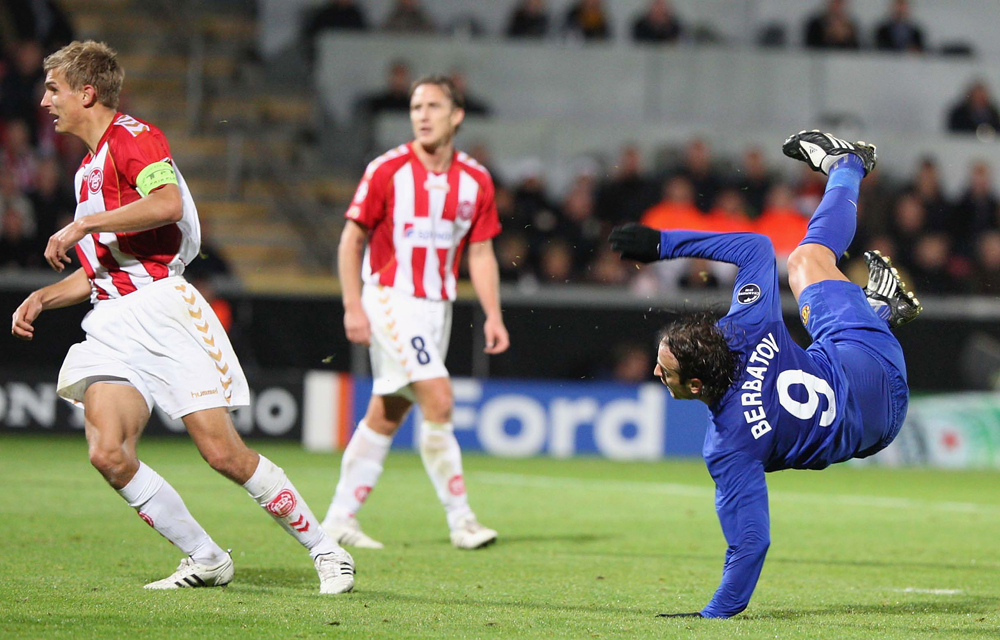 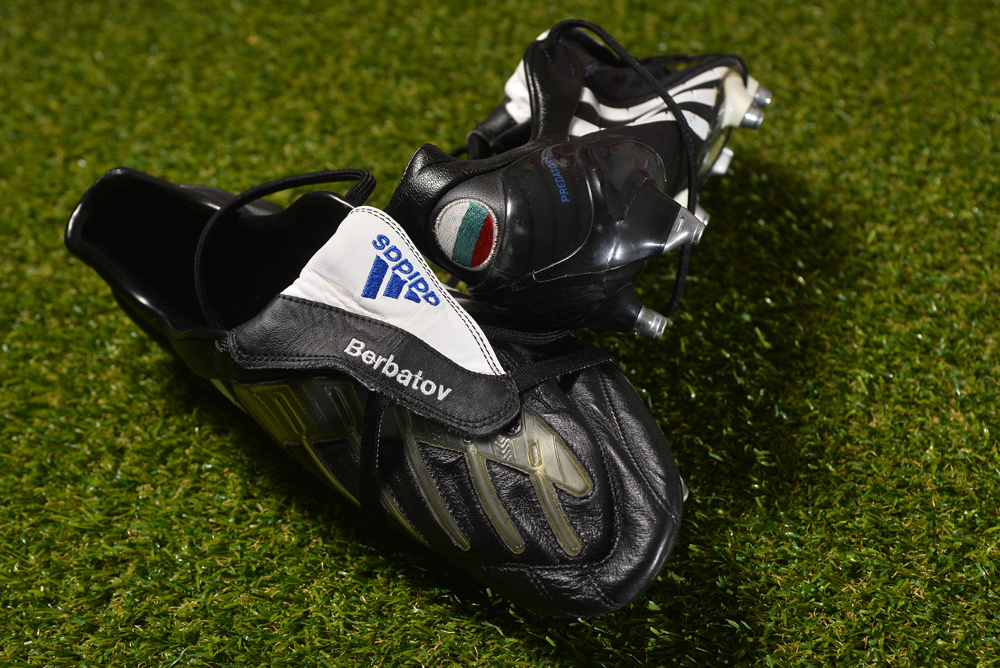 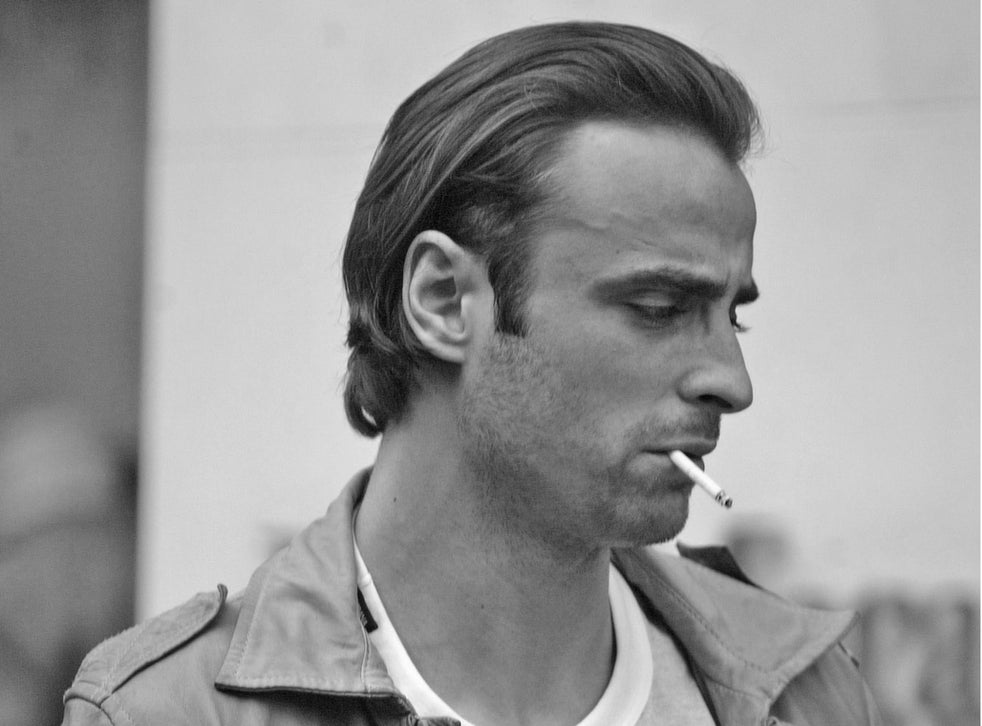 Berbatov was born on 30 January 1981 in Blagoevgrad to Ivan Berbatov and Margarita Berbatova, both themselves professional athletes: Ivan was a footballer with Pirin and CSKA Sofia, while Margarita was a handball player. His favoured team was the Italian club Milan, and he consequently modelled himself after Marco van Basten, the Dutch forward for that team. Berbatov learned to speak English by watching the American Godfather series of films;[120] outside football, he lists his hobbies as drawing and basketball. Berbatov is a sponsor of children’s charities in his native Bulgaria, supporting five care homes. He is also the founder of the Dimitar Berbatov Foundation, which helps young people to develop their talents. Berbatov’s long-time girlfriend, Elena, gave birth to their first child, a girl named Dea, on 15 October 2009 at a hospital in Sofia. In November 2012, he had his second daughter, Elia. Berbatov claims that at the age of eighteen, he was held hostage with plans of making him sign for Georgi Iliev’s football team, Levski Kyustendil. Berbatov’s father contacted CSKA Sofia’s boss Iliya Pavlov who set things straight.[125] In 2009, reports emerged that Berbatov was forced to leave Bulgaria, since local mafia threatened to kidnap his family. In November 2018, Berbatov officially unveiled his autobiography По моя начин (In my own way).

Grosso Grosso2020-12-02T14:10:16+00:00
Page load link
This site uses cookie technology, including third parties' ones. If you want to know more click here. If you access any element of this site outside this banner, you consent to the use of cookies. Ok
Go to Top