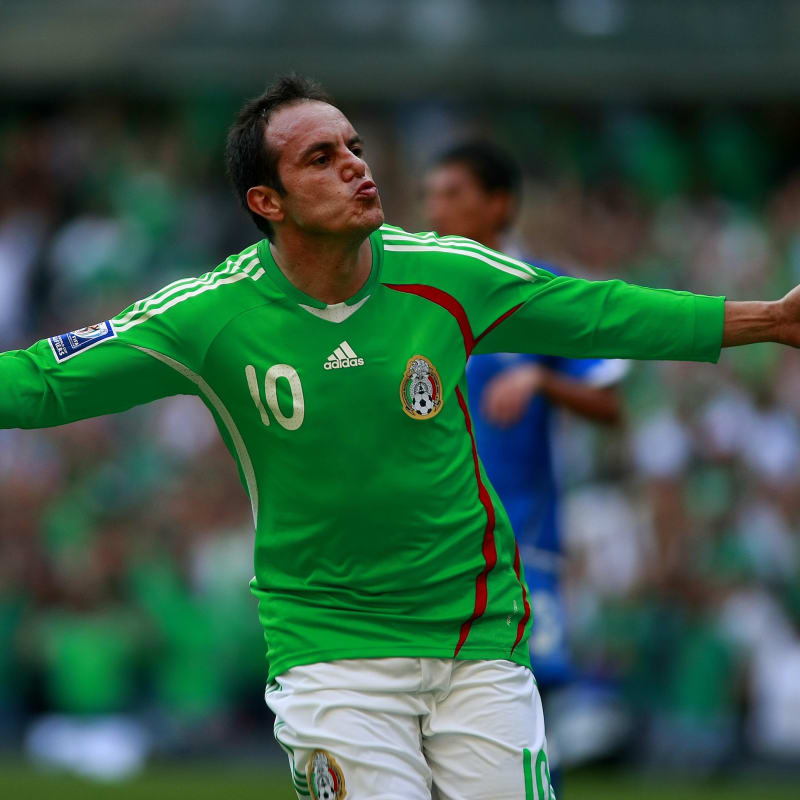 Cuauhtémoc Blanco Bravo is a Mexican former professional footballer who is now became a politician. He formerly served as the municipal president of Cuernavaca, Morelos. As a footballer, Blanco was known for his attacking ability and played most of his career as a deep-lying forward and his last years as an attacking midfielder. Blanco is considered to be one of the greatest Mexican footballers of all time, as well as one of the best penalty takers of all time. Blanco started his career with América in 1992, where he won various awards, both team-based and individual, and had various loan stints with Necaxa, Spanish club Real Valladolid, and Veracruz. In 2007, he joined the Chicago Fire, with a loan stint with Santos Laguna for the 2008 Apertura championship. In 2010, he returned to Mexico to trek throughout various teams, joining Veracruz again, Irapuato, Dorados, and Puebla-based teams BUAP and Puebla, where he retired with the latter in 2015. The following year, he came out of retirement to officially end his career with América. Blanco represented the Mexico national football team from 1995 to 2010 (with a special appearance in 2014). He was capped 120 times, and scored 39 goals; he is the third highest goalscorer for his country. He is the only Mexican to have won Confederations Cup awards, being awarded the Silver Ball and Silver Boot at the 1999 Confederations Cup after a first place finish on home soil, until Oswaldo Sanchez’s Golden Glove award in 2005. In 2010, he became the first Mexican to score at three World Cup tournaments, a feat later equalled by Rafael Márquez and Javier Hernández, appearing in the 1998, 2002, and 2010 editions of the tournament. 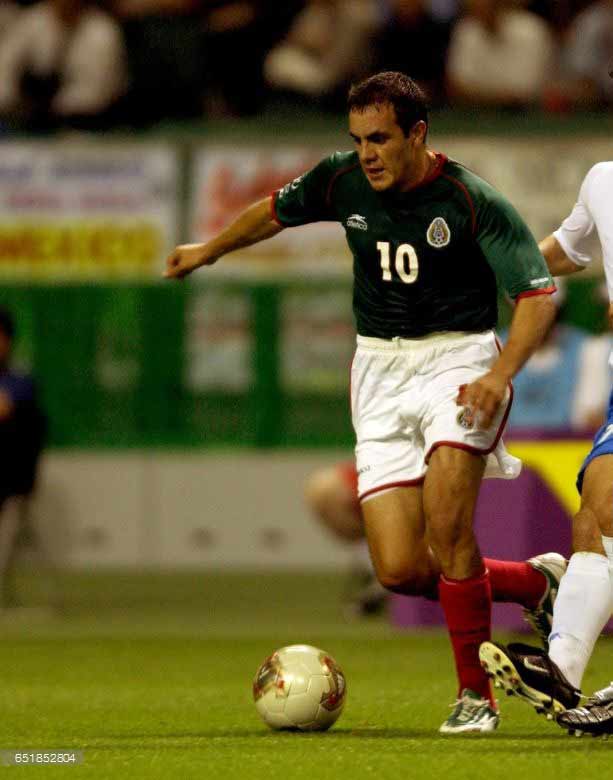 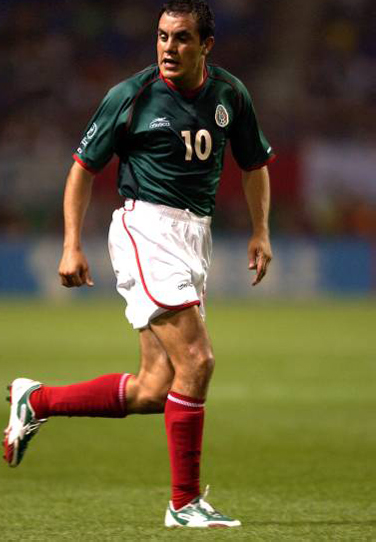 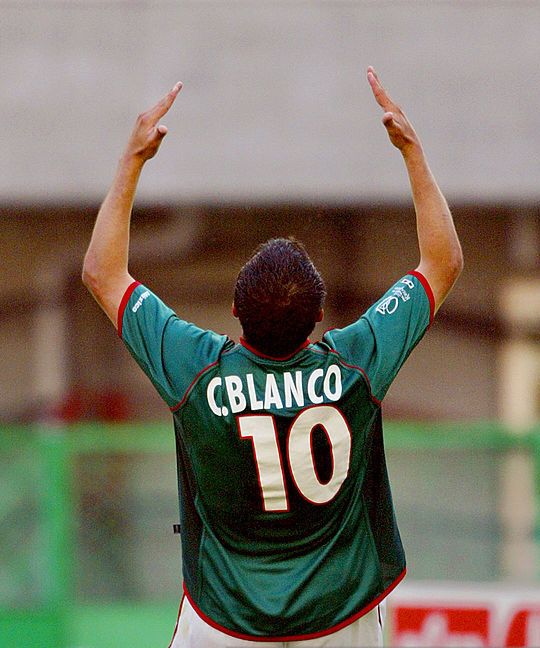 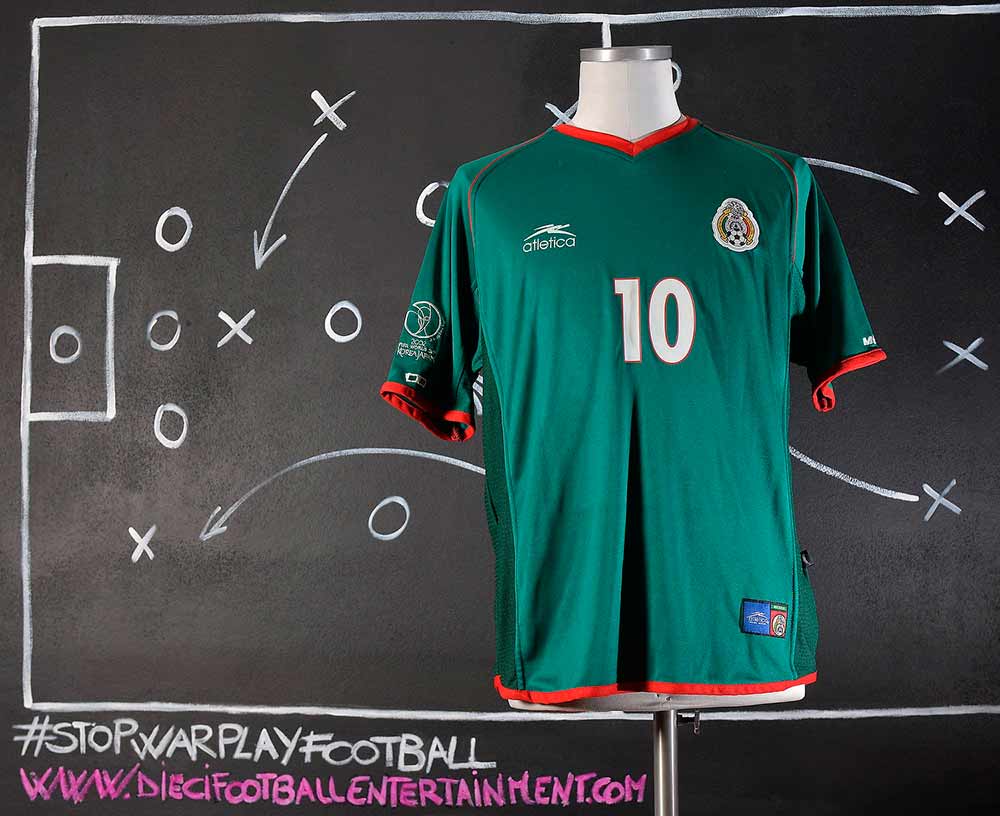 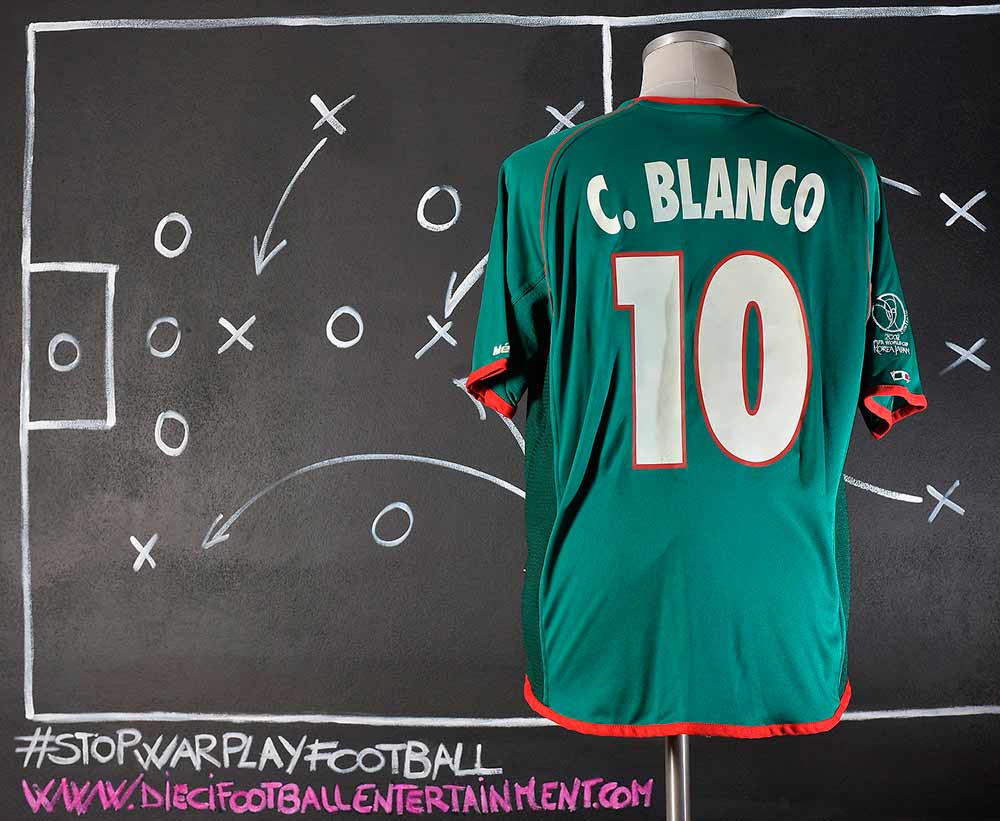 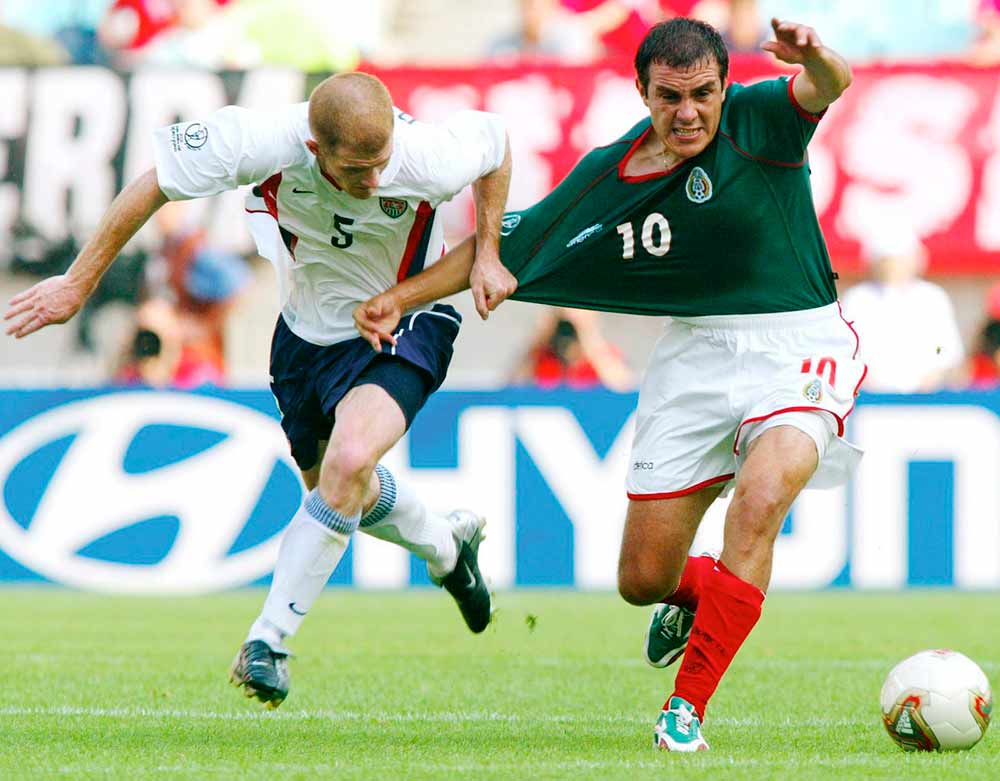 Blanco has played for Mexico at three World Cups; he was part of the squad at France ’98, Korea-Japan 2002 and South Africa 2010. He was also a member of the Mexico team that won the Confederations Cup in 1999 where he was the tournament’s leading scorer with six goals, including the winning goal at the Estadio Azteca against Brazil in the final. He was awarded the “Silver Shoe” and “Silver Ball” for outstanding player of the tournament. Blanco holds the record along with Brazilian Ronaldinho as the highest scoring players in the Confederations Cup with nine goals, three in 1997 and six in 1999. In the selection for the final 23-man squad for the 2006 FIFA World Cup in Germany, then Mexico national team coach Ricardo La Volpe left Blanco out of the team. While the ostensible reason given was that Blanco was frequently injured and not in good form, some people considered this to be a consequence of the previous year’s constant bickering, due to on-going personal problems between coach and player. Blanco became part of the squad that played the 2007 CONCACAF Gold Cup, scoring one penalty goal, and the 2007 Copa América, where he scored 2 goals also from penalty kicks. On 13 September 2008, he earned his 100th cap for his country in its 2–1 World Cup qualifier victory over Canada at Tuxtla Gutiérrez, coming on with only 15 seconds left in regulation time. After the match, he announced his retirement from international football. Blanco announced his return to the national team in May 2009. He became a regular member of returning coach Javier Aguirre’s squad, playing in all the games throughout the Hexagonal of the World Cup Qualifying. Since then, Blanco has become an important factor in Mexico’s team regaining form and confidence. On 10 October 2009, Blanco provoked the first opposition own goal and scored the second goal in a 4–1 victory over El Salvador to help Mexico clinch a spot in the 2010 World Cup. On 17 June 2010, he scored a penalty in the 78th minute of the 2–0 win against France at the World Cup finals in South Africa. With this goal he became the first Mexican to score a goal in three World Cup tournaments and the third-oldest goalscorer in World Cup history. Blanco is considered by many to be one of the greatest penalty kickers of all time. He also has a penalty-taking record; out of a total of 58 taken, he has only missed two. Blanco played a tribute game in 2014 against Israel at the Estadio Azteca, which symbolized his official retirement from international football. Mexico went on to win the match 3–0.

Blanco is considered to be one of the greatest Mexican footballers of all time, as well as one of the best penalty takers of all time, having scored 71 out of 73 penalties in his career, giving him a 97.26% success rate form the spot. His brash, aggressive, and confrontative playing style is reflected both on and off the field, pulling ingenious plays, and being combative against the press, players, and coaches alike. Blanco is also remembered for the Cuauhtemiña, or Blanco Trick, which he performed notably at the 1998 World Cup. In the trick, when two or more opposition players are trying to take the ball from him, he traps the ball between his feet and jumps through the defenders — releasing the ball in the air and landing with it under control as he leaves the opposition players behind. The trick is easy to perform but is eye-catching and has been incorporated as a special skill into the FIFA series of football video games. Blanco himself has accepted on Mexican television and to the press that his goal celebration is an imitation of the “Archer” celebration created by former Atletico de Madrid striker Kiko Narvaez. In a 2005 interview with Mexican newspaper El Universal, Blanco explains that while watching a Spanish league game accompanied by his teammate Germán Villa, both players agreed to celebrate their next goal by imitating the “Archer” gesture. In the end, only Blanco did it, and jokingly reprimanded Villa for not keeping his word. However, the Chicago Fire official website claimed that Blanco celebrates scoring a goal by acting like the Prehispanic Tlatoani Aztec emperor Cuauhtémoc, “in order to show respect for the Mexican people, and their indigenous Amerindian heritage”. Blanco is considered one of the most influential figures in recent Mexican footballing history. Tom Marshall of ESPN states “the battles, brawls, golazos, insults, intensity and passion with which Blanco lived both on and off the pitch, he left a deep imprint on the Mexican game and a colorful story painted by the kind of character arguably lacking at present.” 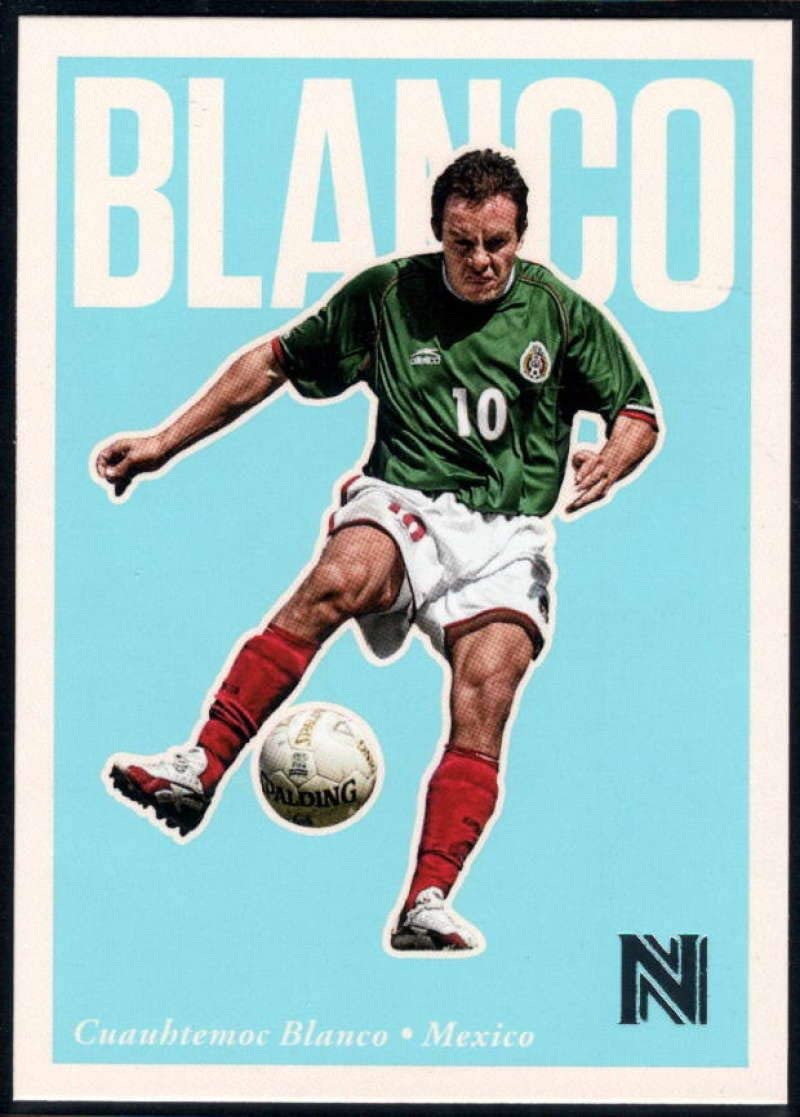 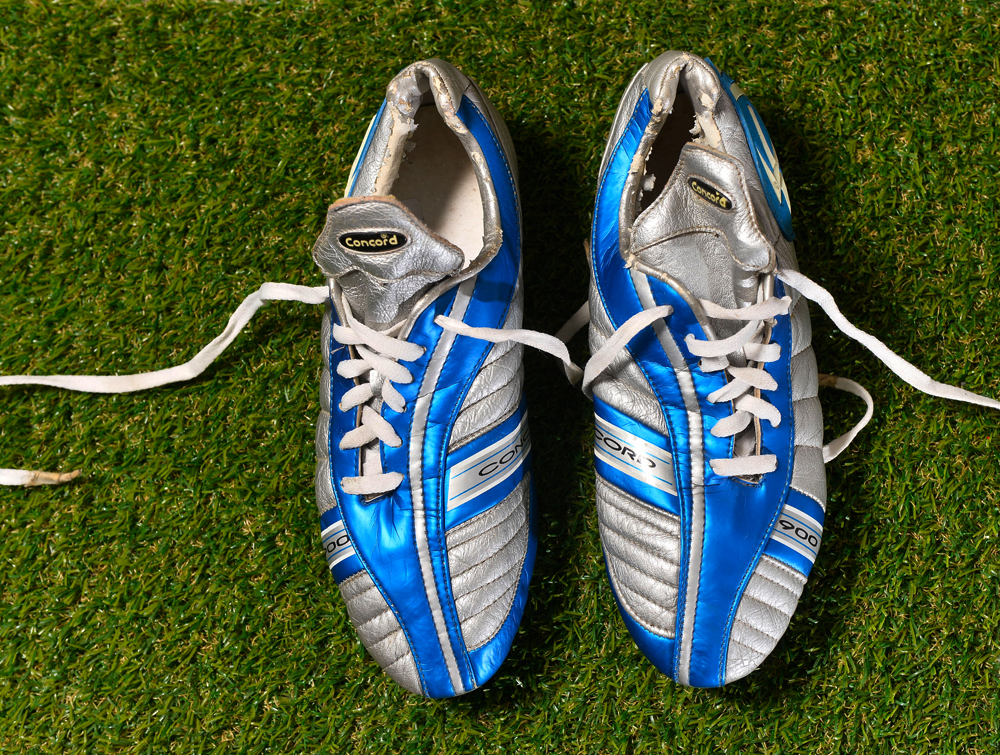 Blanco was born in Mexico City, in the district of Tlatilco, but grew up in Tepito. Born to Faustino Blanco and Hortensia Bravo, he was named after the last Aztec emperor Cuauhtémoc, in which the name means “one who has descended like an eagle”. Ángel González, a scout for América, discovered him as he won the Torneo Benito Juárez as a part of the Distrito Federal selection team, and brought him to Club América’s development program. Having played most of his career in América, with 333 appearances and 135 goals, Blanco has become an idol to the club’s supporters and an important figure in the history of the team. Blanco made his debut in the Mexican Primera División in 1992 at the age of 19 with América. He won his first Golden Boot with 16 goals in the Winter 1998 season for Las Aguilas. He was loaned for Winter 1997 and Summer 1998 at Necaxa, in which he scored 13 goals in 28 appearances. Blanco was later loaned to Real Valladolid of La Liga for the 2000–01 season. However, he suffered a broken leg while on international duty which kept out of the side for six months. Blanco returned to Valladolid for another loan spell the following season, but he struggled with homesickness and regaining his form. He had a knack for scoring great goals in La Liga, with most notable, a free-kick against Real Madrid at the Santiago Bernabéu Stadium, he returned to Mexico. Blanco spent the 2004 Apertura season with Veracruz, where they ended up winning their group, but were defeated in the playoffs by UNAM. Blanco was a popular player during his time there. In May 2005, Blanco won his first club championship as a player, leading Club América to its tenth league title, when Club América defeated U.A.G. by an aggregate score of 7–4 (1–1, 6–3). In the next three consecutive years between 2005 and 2007, he was awarded the MVP. He scored his final goal during the championship final against Pachuca in 2007. 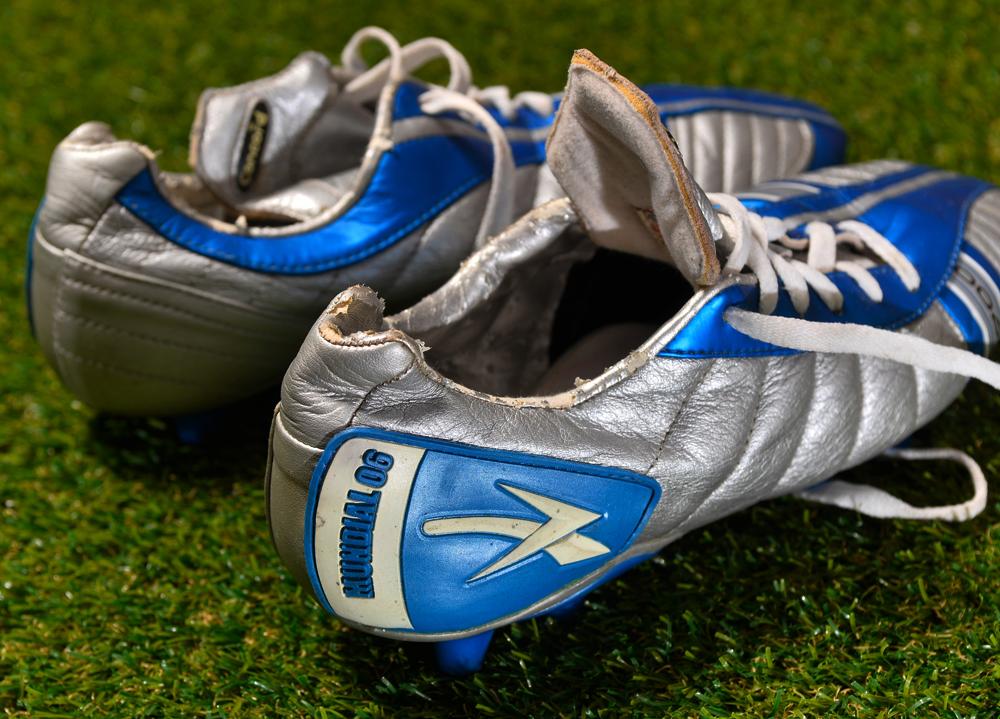 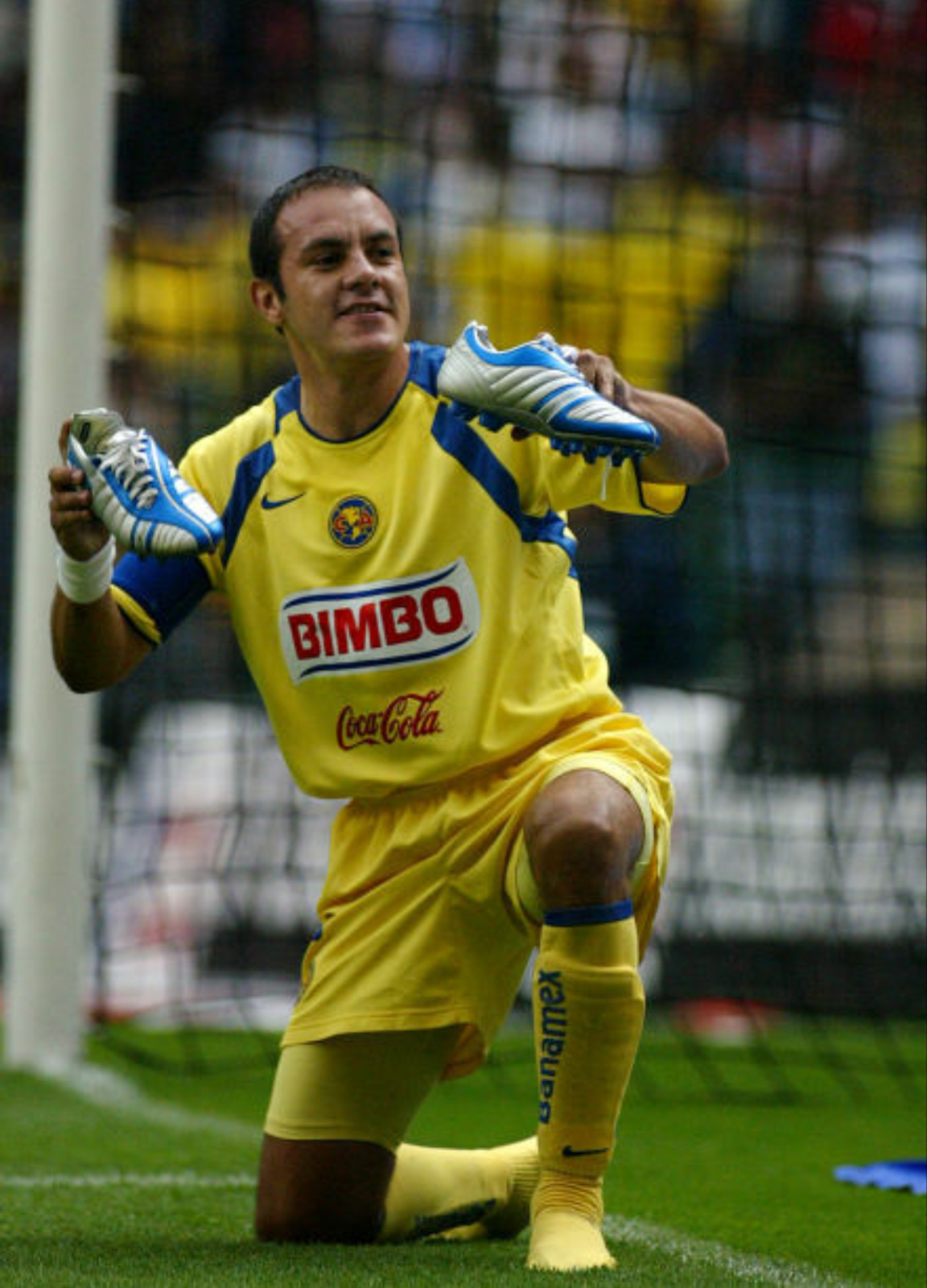 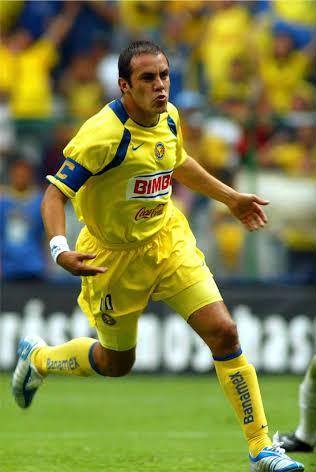 These boots were made for Cuauhtemoc Blanco for the Fifa World Cup “GERMANY 2006”. But in the selection for the final 23-man squad for the World Cup in Germany, then Mexico national team coach Ricardo La Volpe left Blanco out of the team. While the ostensible reason given was that Blanco was frequently injured and not in good form, some people considered this to be a consequence of the previous year’s constant bickering, due to on-going personal problems between coach and player. So Blanco used these boots with Club America.

Grosso Grosso2020-07-12T14:47:19+00:00
Page load link
This site uses cookie technology, including third parties' ones. If you want to know more click here. If you access any element of this site outside this banner, you consent to the use of cookies. Ok
Go to Top