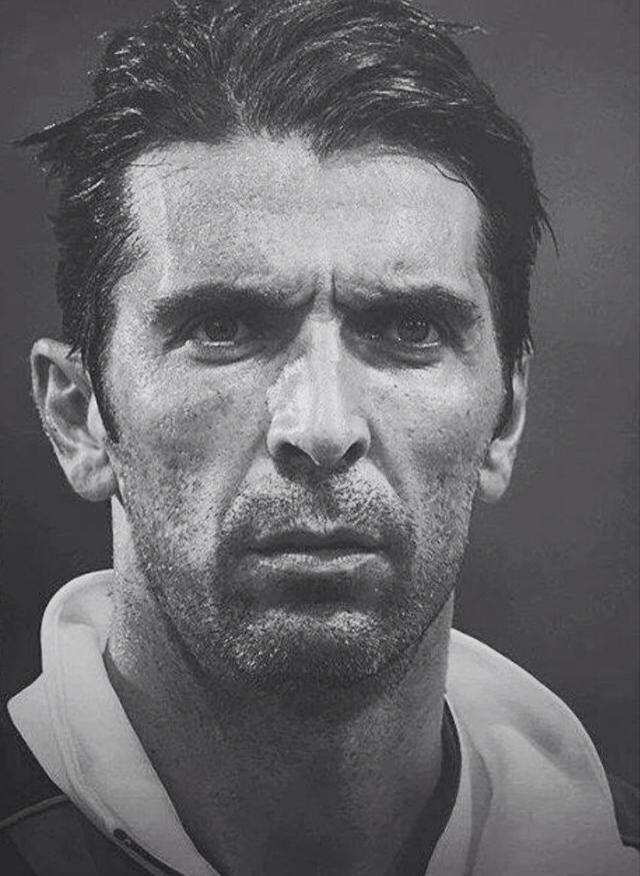 Gigi Buffon finished second to compatriot Fabio Cannavaro in the 2006 Ballon d’Or and eighth in the FIFA World Player of the Year for his performances that season, and was named in the 2006 FIFPro World XI and the 2006 UEFA Team of the Year. 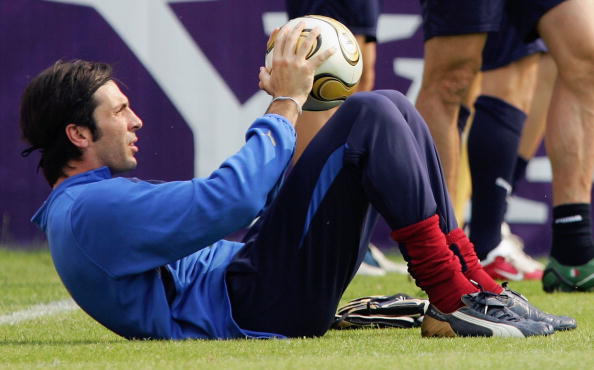 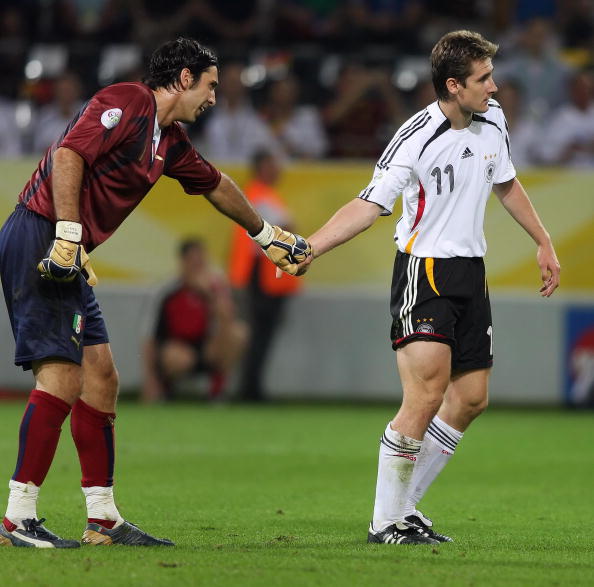 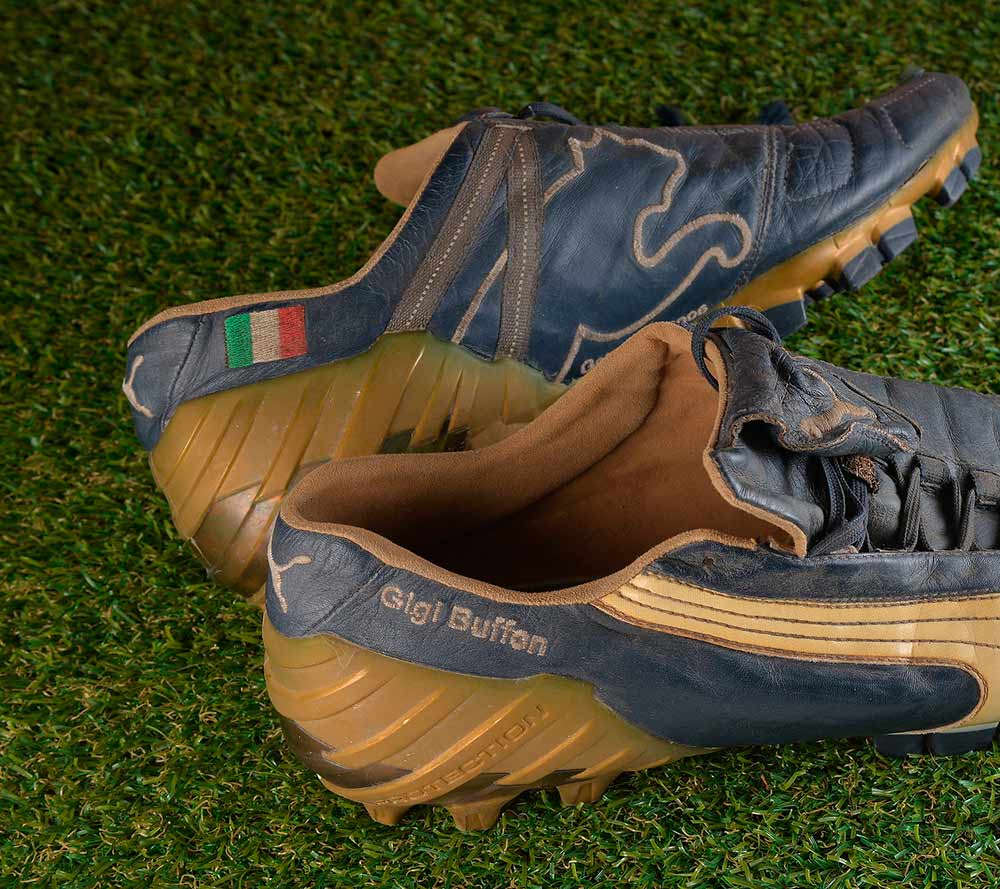 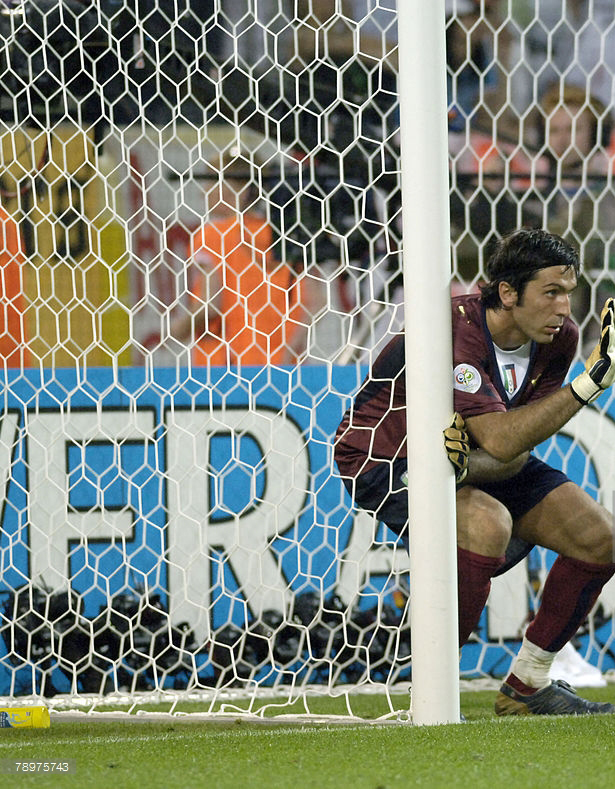 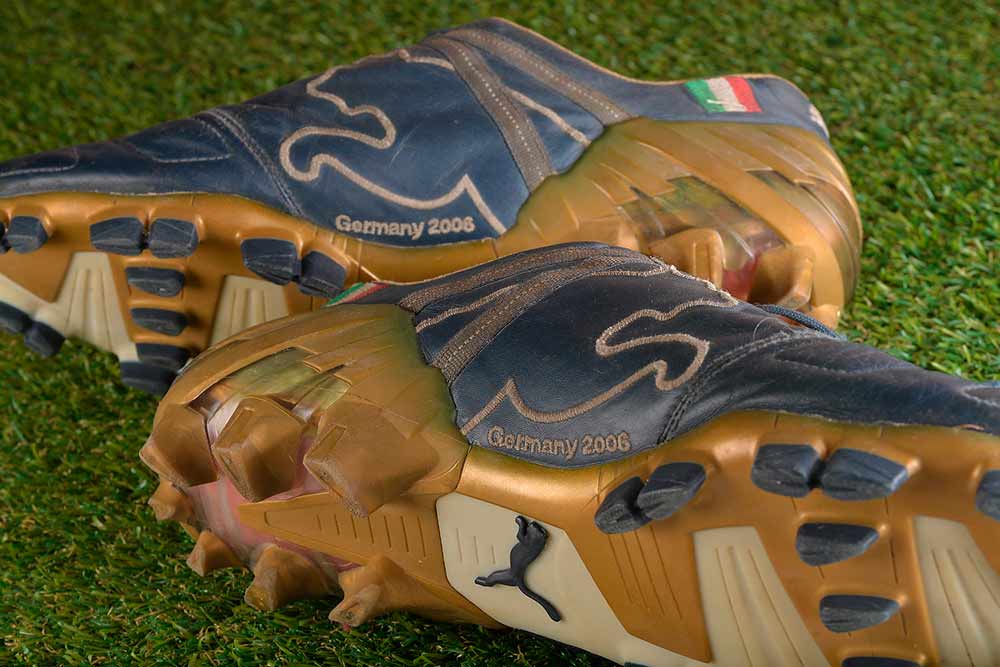 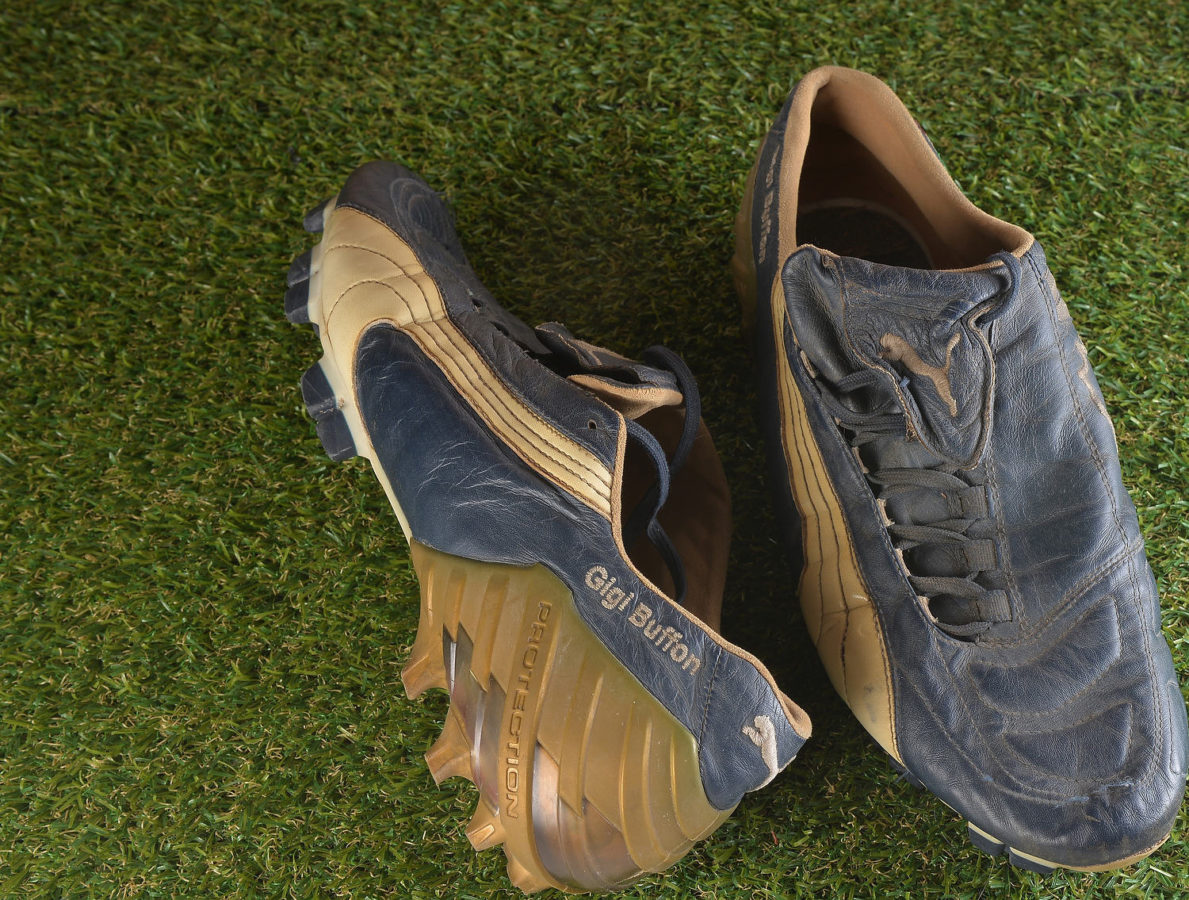 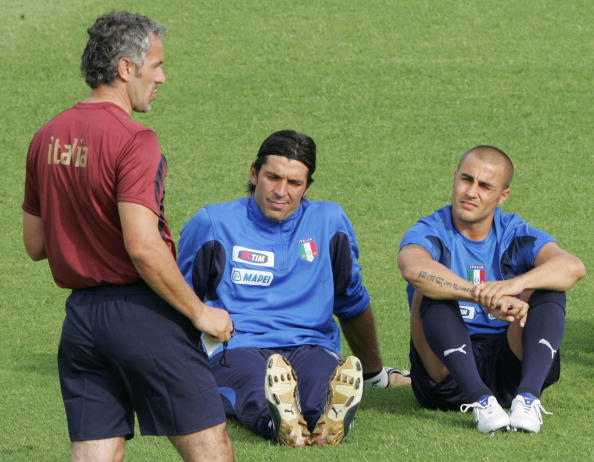 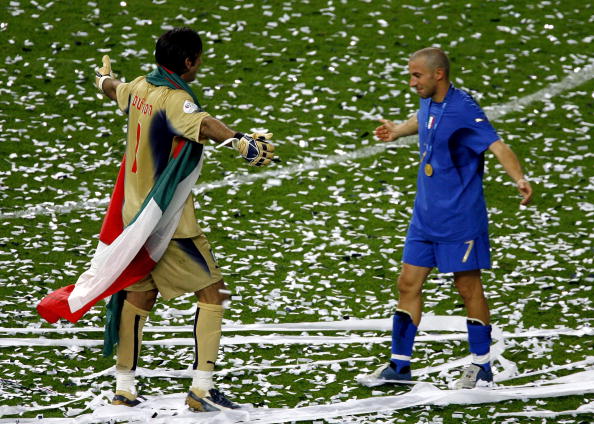 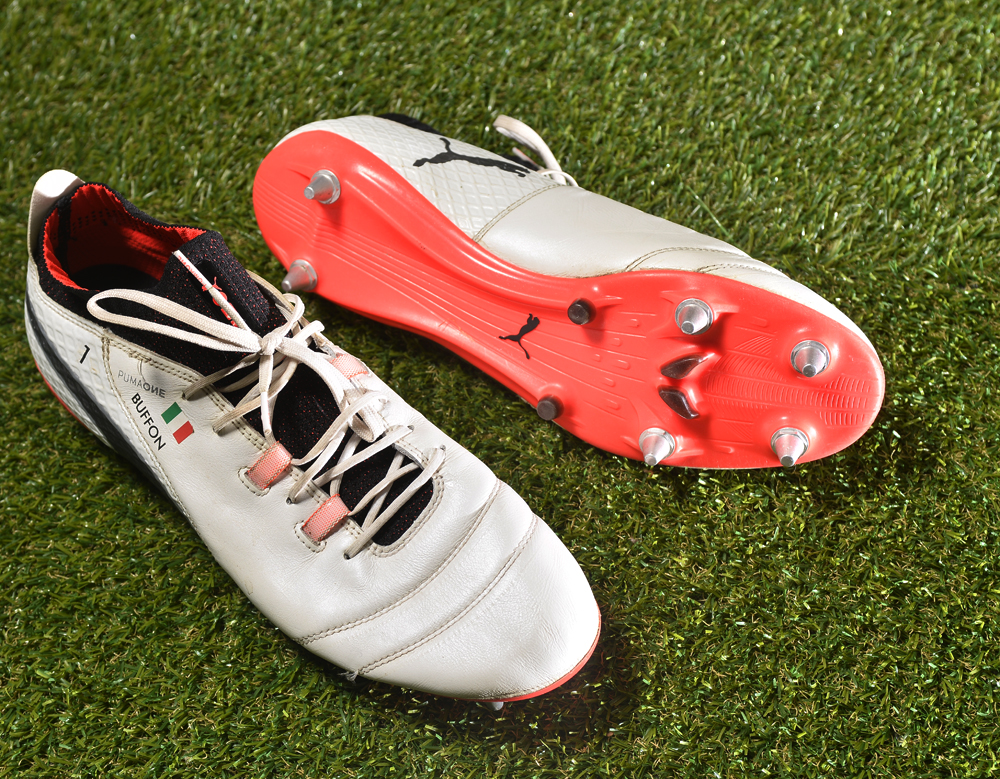 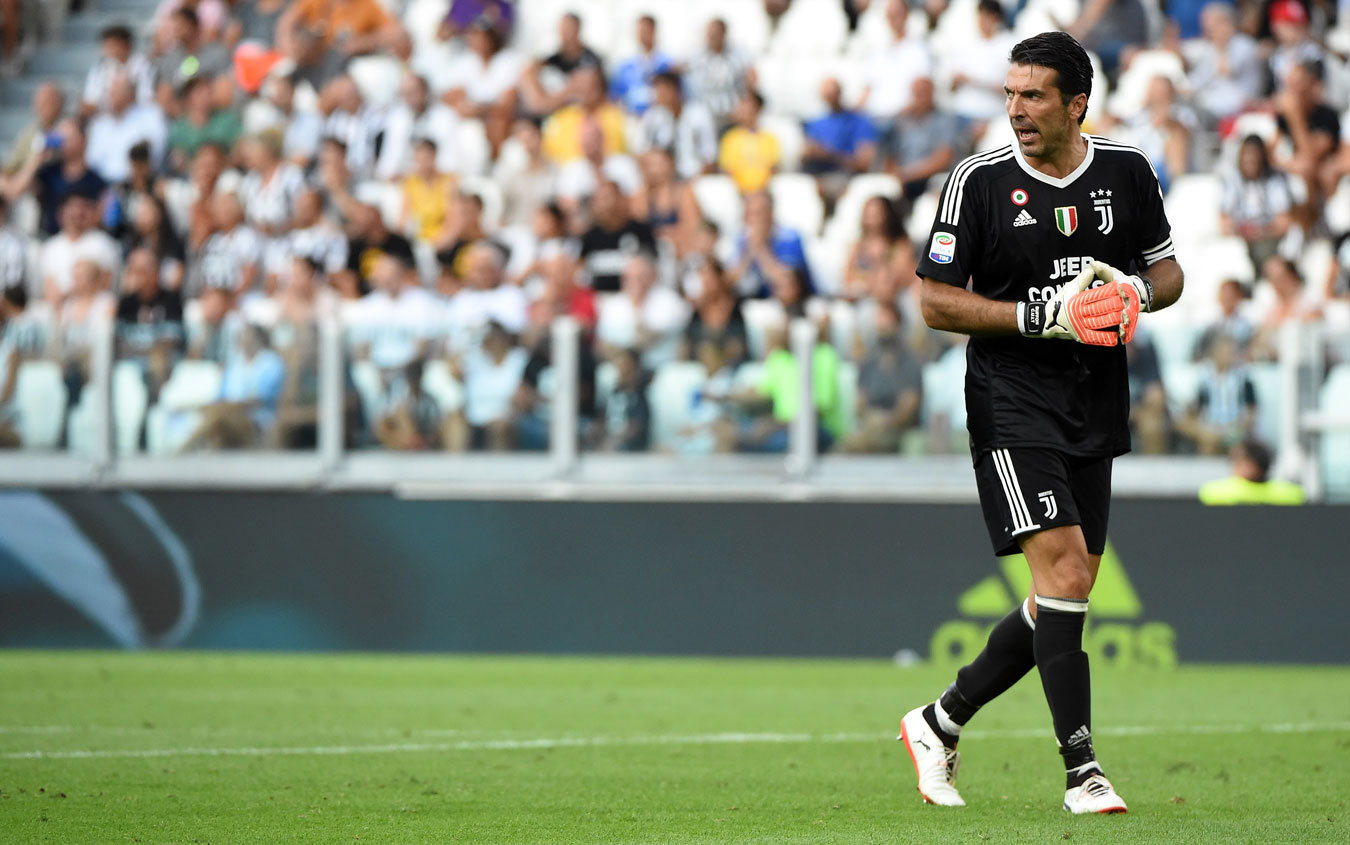 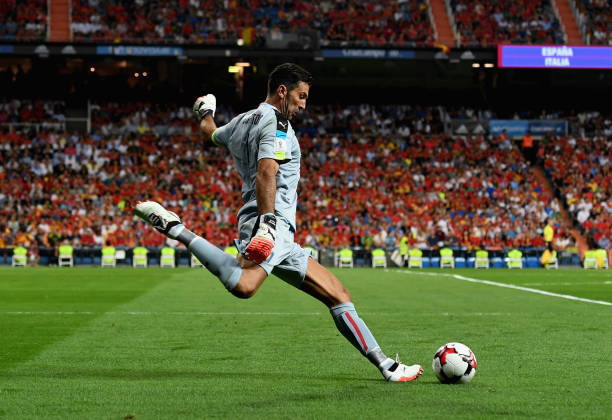 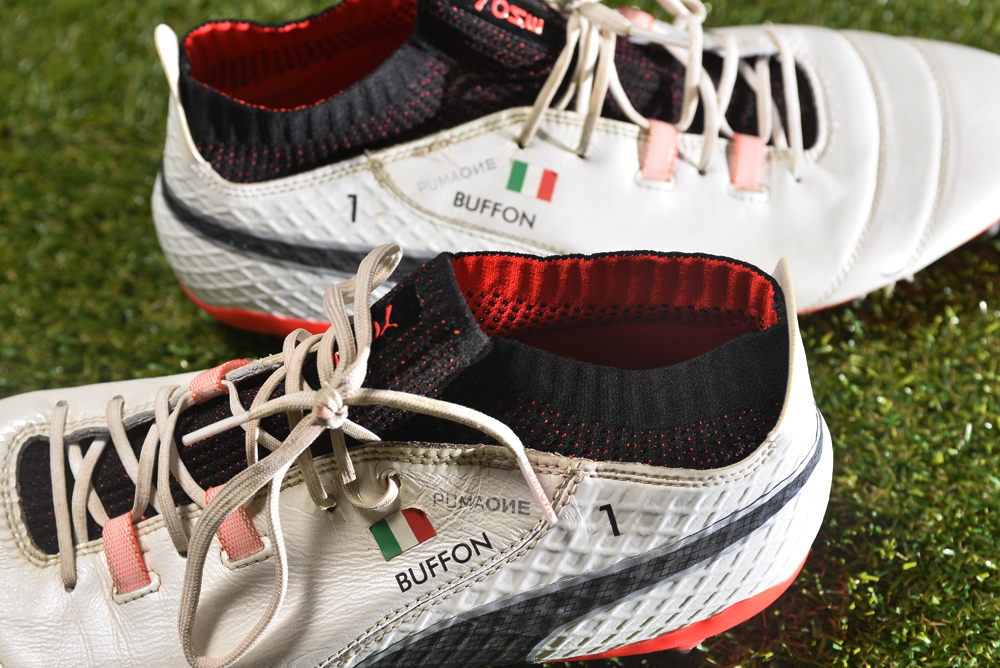 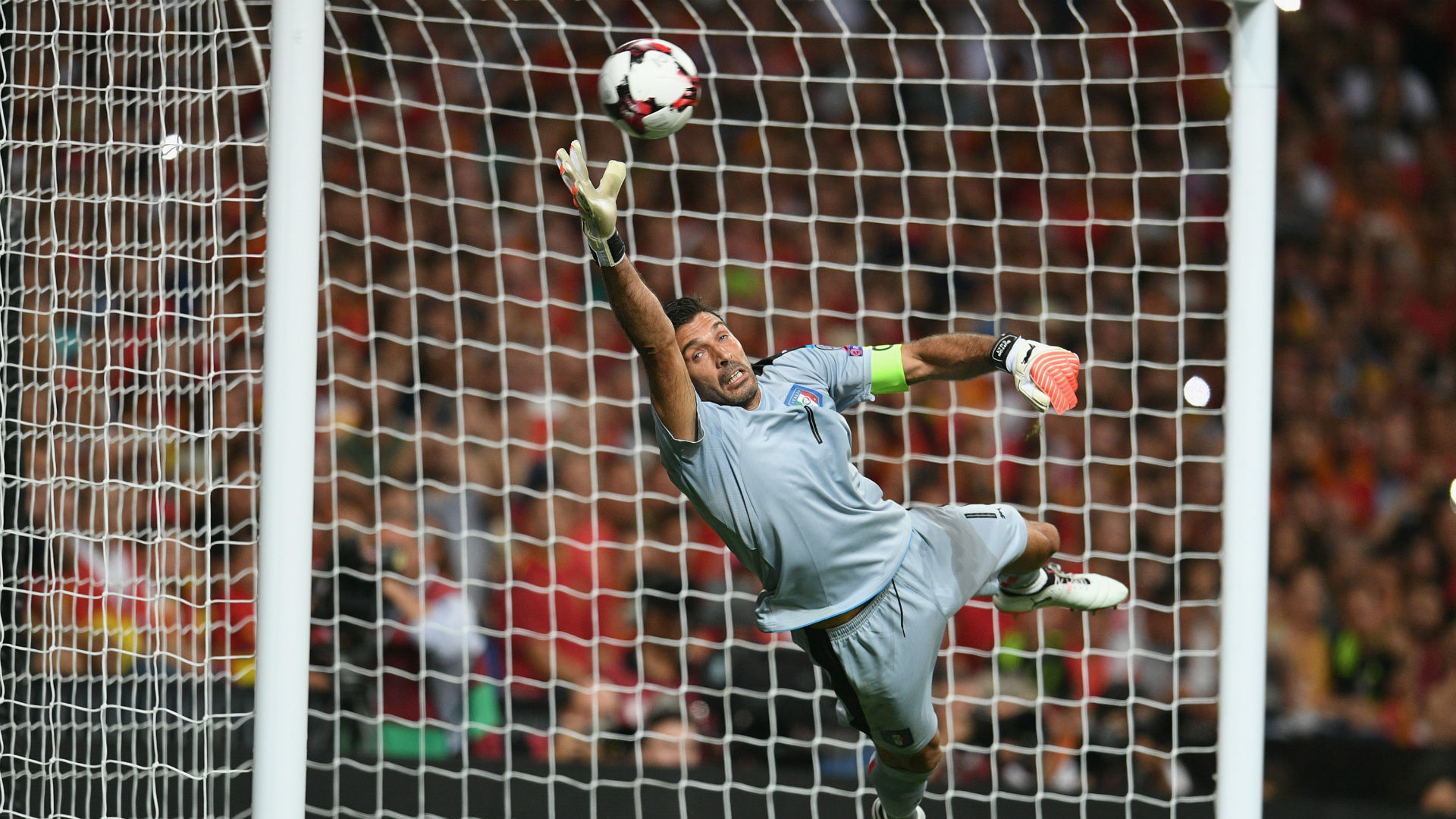 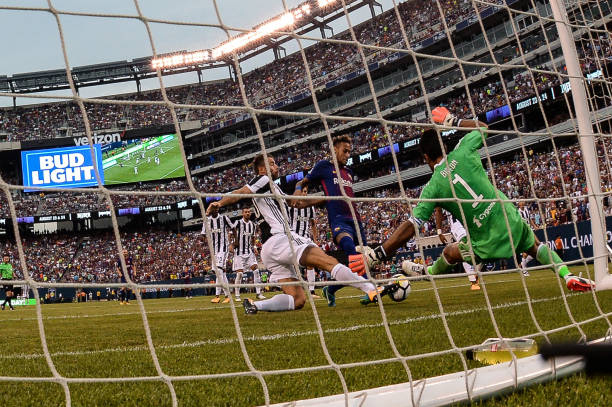 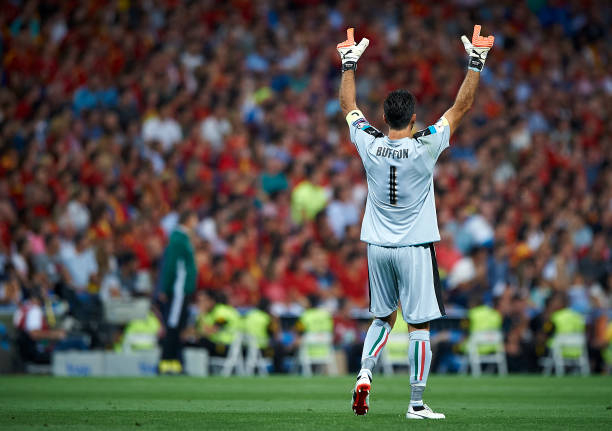 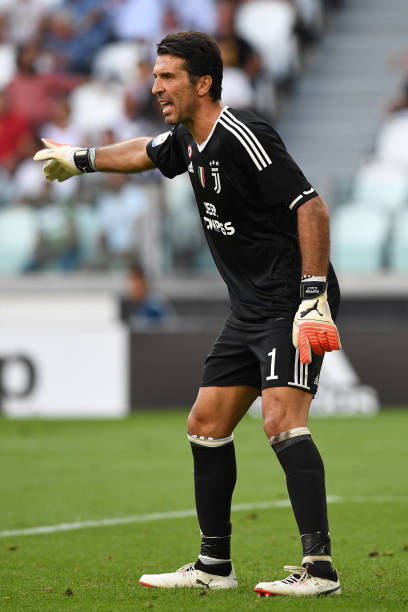 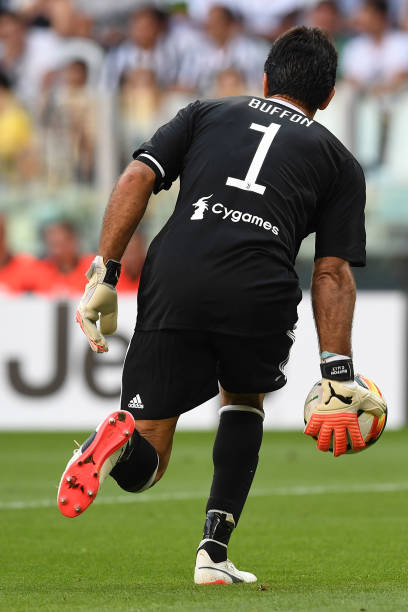 These boots were worn by Gianluigi Buffon during the season 2017/2018 which was his last season with Juventus F.C. On 12 June 2017, Buffon announced that the 2017–18 season would likely be his last with the club. On 4 August, Buffon was named one of the three finalists for the Goalkeeper of the 2016–17 UEFA Champions League season award, along with Manuel Neuer and Jan Oblak. On 15 August, Buffon was also listed as one of the three finalists for the 2017 UEFA Best Player of the Year Award, along with Messi and Cristiano Ronaldo. On 19 August, Buffon made history by saving the first Serie A penalty awarded via VAR in a 3–0 home win over Cagliari in the club’s opening league match of the season. On 24 August, he was named the best goalkeeper of the 2016–17 Champions League season, He also placed third in the UEFA Men’s Player of the Year Award, with 109 votes. On 23 October, Buffon won the inaugural 2017 Best FIFA Goalkeeper award, and was named to the FIFPro World XI for the third time in his career; he was also nominated for the 2017 Best FIFA Men’s Player Award, finishing in fourth place in the voting. On 27 November, Buffon won the Serie A Footballer of the Year award, the first time a goalkeeper has won the award, along with the Serie A Goalkeeper of the Year award for the twelfth time, while being named to the Serie A Team of the Year for the fifth time in his career. On 3 December, he equalled Casillas by winning the IFFHS World’s Best Goalkeeper Award for a record fifth time, and on 7 December, he placed fourth in the 2017 Ballon d’Or. Following Juventus’s 1–0 away victory against fellow title contenders Napoli on 1 December, Buffon was ruled out of Juventus’s final Champions League group match against Olympiacos four days later, after picking up a calf strain in the previous match, an injury which kept him sidelined for almost two months; was replaced by his deputy Wojciech Szczęsny in goal during his absence. On 11 January 2018, Buffon was named to the 2017 UEFA Team of the Year for the fifth time. Buffon returned to action on 30 January 2018, two days after his 40th birthday, keeping a clean sheet and saving a penalty from Alejandro Gómez to secure a 1–0 away win over Atalanta in the first leg of the Coppa Italia semi-finals; this was his first Coppa Italia appearance in over five years, while his penalty save was the 30th of his career, excluding those made in shoot-outs, and his first ever in regulation time in the competition. He made his 500th league appearance with Juventus — including both Serie A and Serie B matches — on 9 February, in a 2–0 away win over Fiorentina. After Juventus lost 3–0 to Real Madrid at home in the first leg of the Champions League quarter-final on 3 April, Buffon helped Juventus keep a 3–0 away lead in the second leg on 11 April, until the 93rd minute when he was sent off for dissent after a confrontation with referee Michael Oliver who awarded an injury time penalty to Real Madrid; Szczęsny was forced to be substituted in, with the resulting penalty kick converted by Cristiano Ronaldo for a final 4–3 aggregate loss. On 9 May, Buffon kept a clean sheet, his 300th clean sheet with Juventus, and his 383rd at club level, in a 4–0 win over Milan in the 2018 Coppa Italia Final; this was Juventus’s fourth consecutive Coppa Italia title. On 11 May, Buffon was charged by UEFA over post-match comments made about referee Oliver. On 13 May, Buffon won his record seventh straight Scudetto, following a 0–0 draw with Roma in Juventus’s penultimate match of the season while an unused substitute; with this league victory, he became the first player ever to win nine Serie A titles. On 17 May, with one league match still left, Buffon announced in a press conference that he would leave Juventus at the end of the season.  On 5 June, the UEFA Control, Ethics and Disciplinary Body gave Buffon a three-match ban for UEFA competition matches “for which he would be otherwise eligible”, after the post-match comments made about referee Oliver in the season’s Champions League quarter-final against Real Madrid. On 6 July 2018, Buffon signed a one-year contract, with the option for a second year, with Paris Saint-Germain. 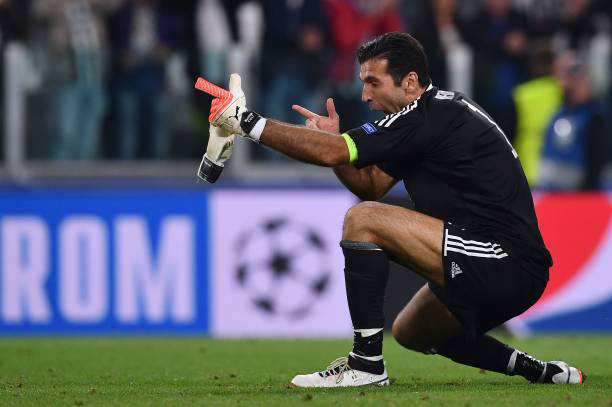 Grosso Grosso2018-10-10T13:30:39+00:00
Page load link
This site uses cookie technology, including third parties' ones. If you want to know more click here. If you access any element of this site outside this banner, you consent to the use of cookies. Ok
Go to Top