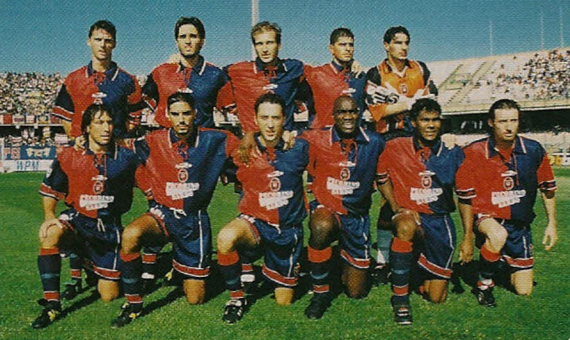 This shirt was worn by Tiziano De Patre during the Serie A game between Cagliari and Reggina which took place in Cagliari, “Sant’Elia” Stadium, on April 16th 2000. Reggina defeated Cagliari 1-0 and after the game De Patre swapped his shirt with a Reggina’s player whom we got it from. De Patre joined Cagliari in 1997 where he spent three seasons, playing 85 games and scoring 13 goals. 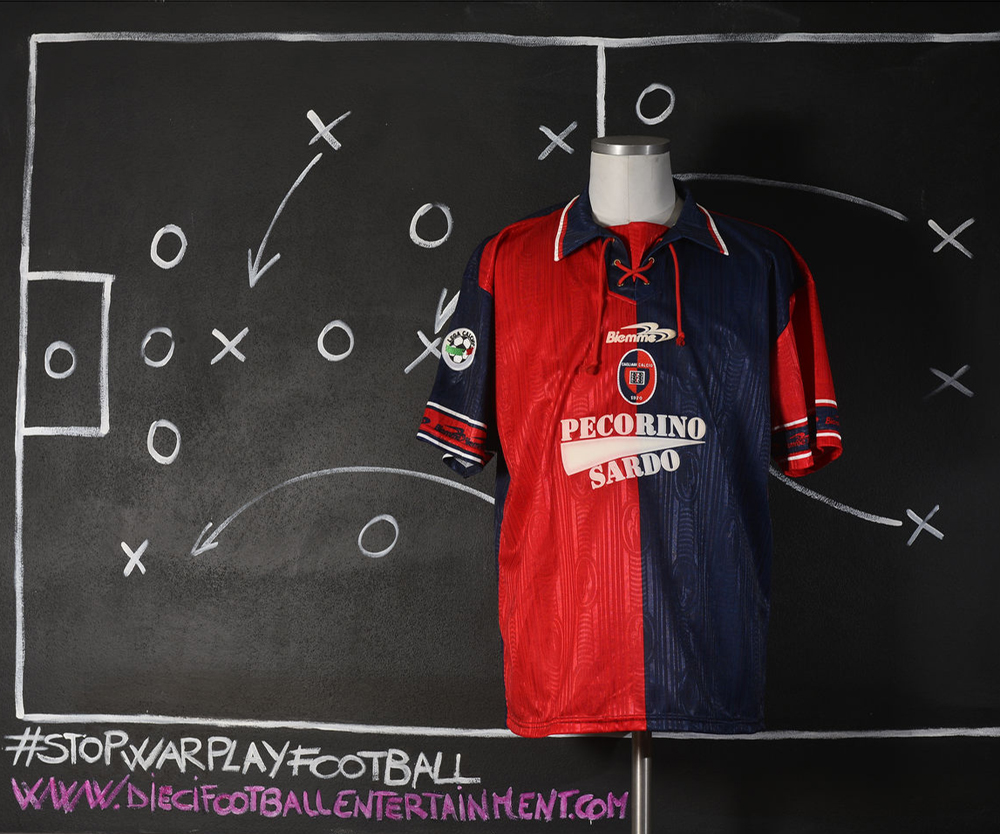 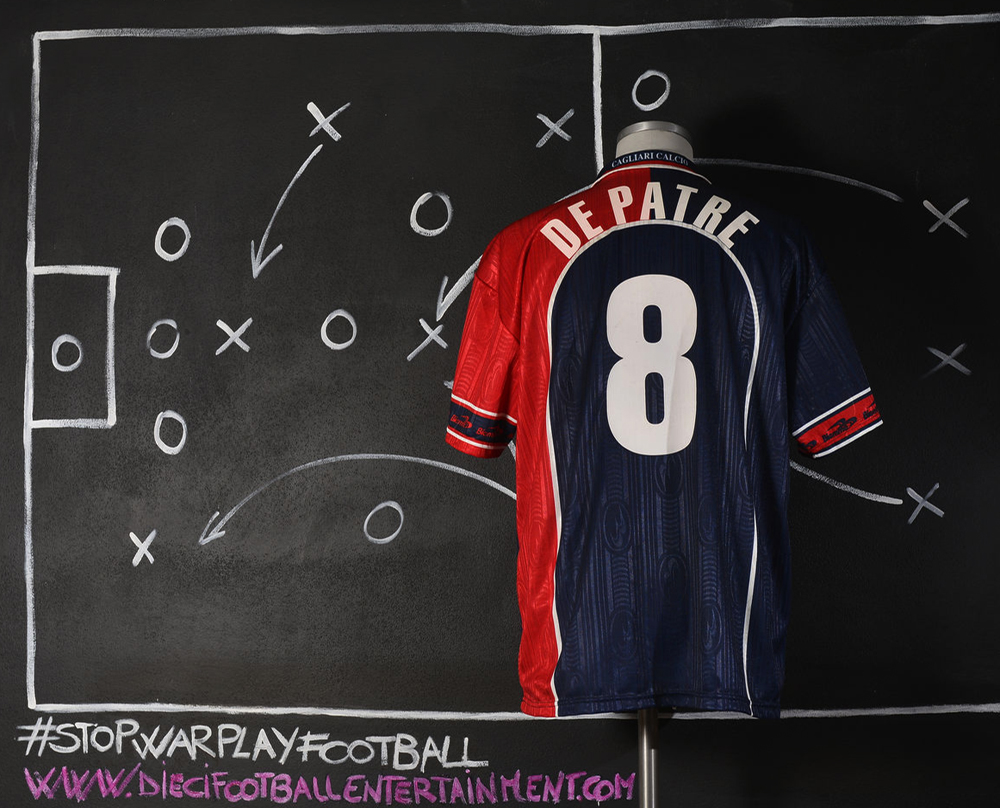 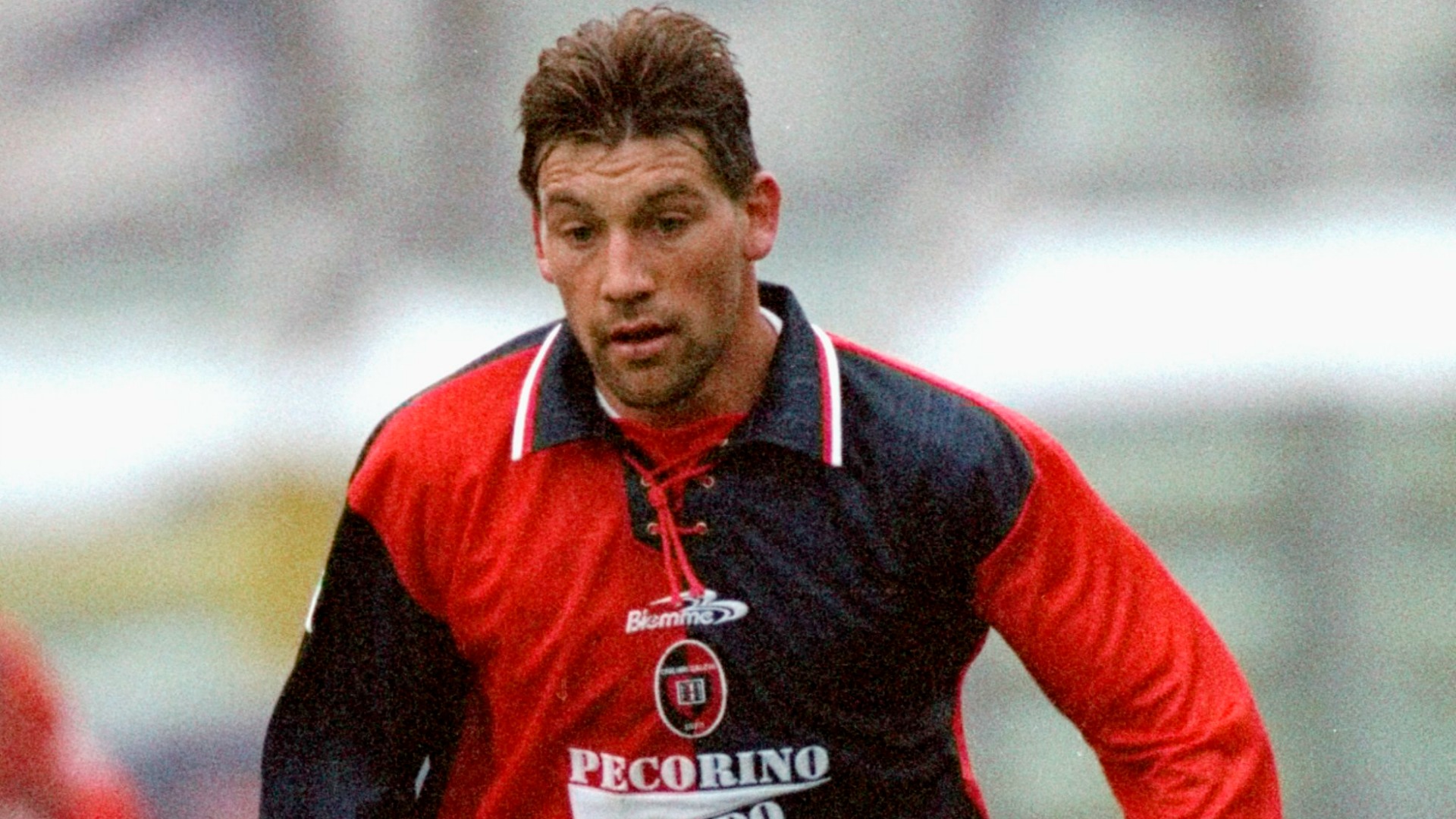 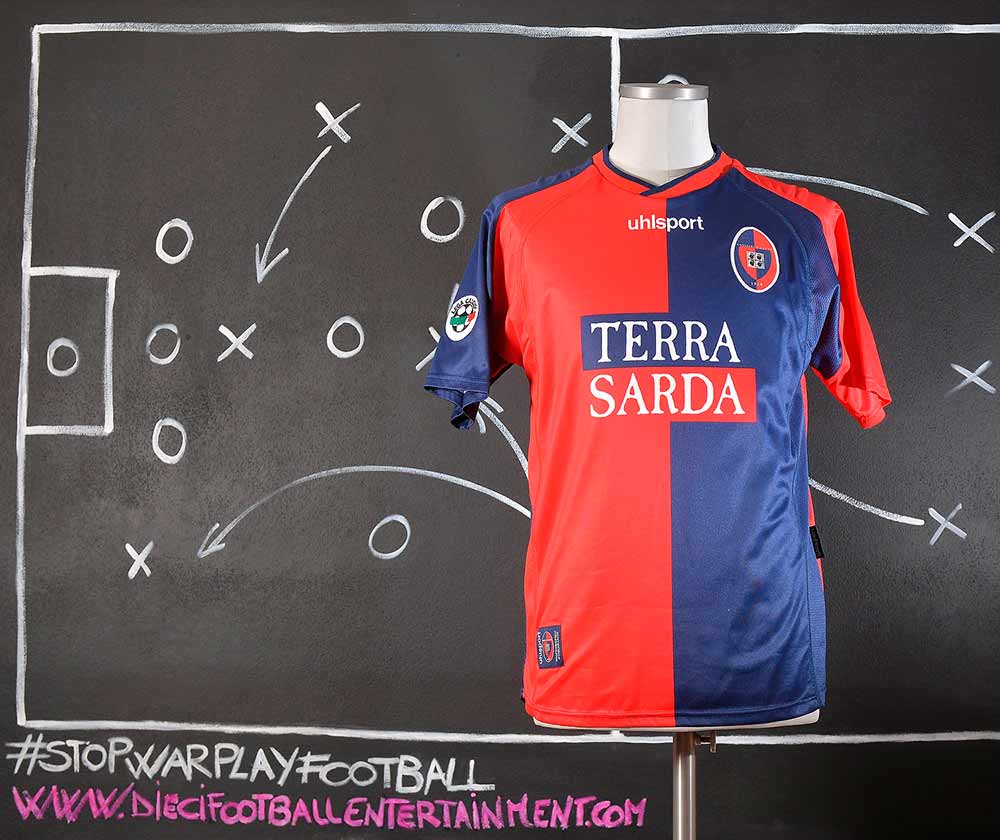 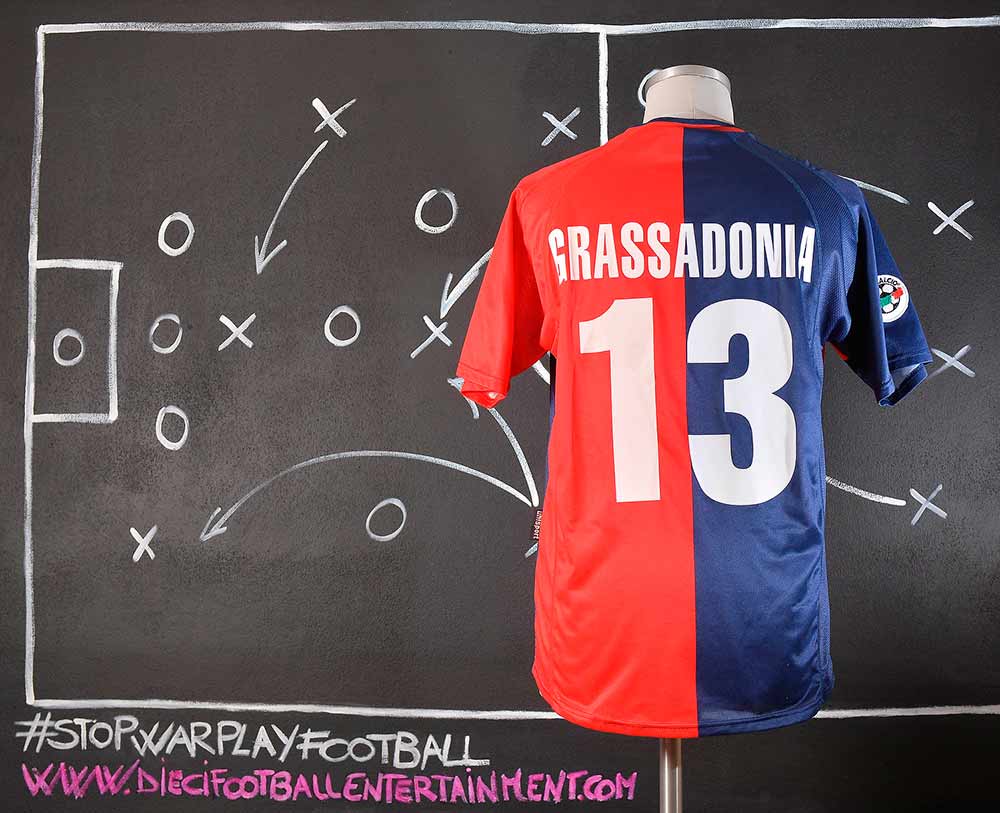 Born in Salerno, Grassadonia started his playing career by growing from the youth ranks of hometown club Salernitana and then making his senior debut in 1988. In 1992, he made his Serie A debut as a Foggia player. His longest stint as a player was between 1997 and 2003 with Cagliari, with whom he played 135 league games. 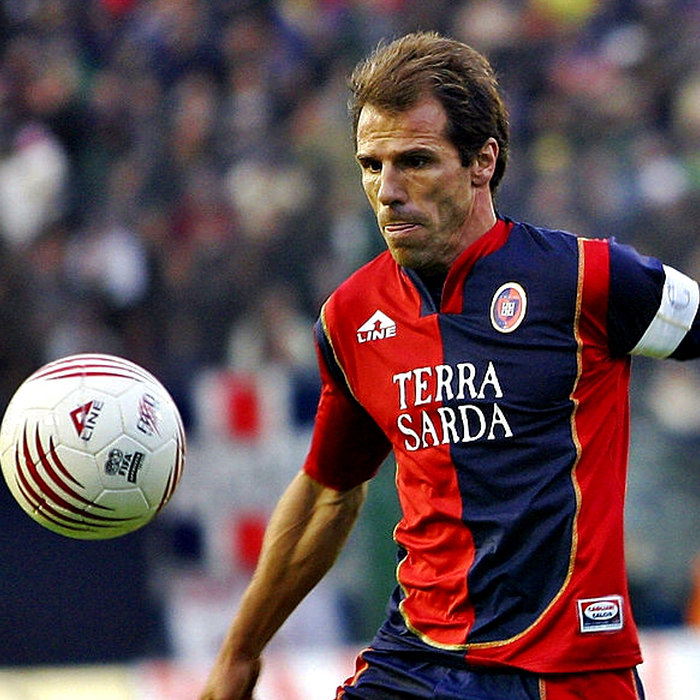 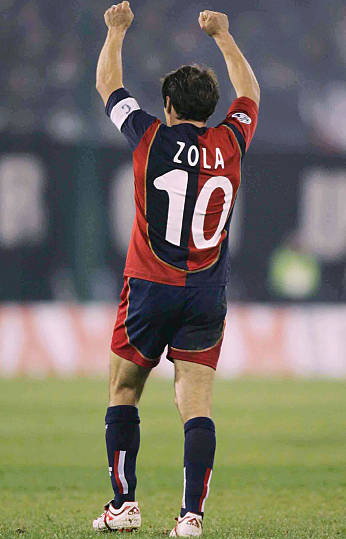 This shirt was worn by Gianfranco Zola during the Serie A game between Lazio and Cagliari which took place in Roma, “Stadio Olimpico”, on November 28th 2004. Cagliari defeated Lazio 3-2 and Zola scored the third goal. The shirt was swapped by Zola with a Cagliari’s shirt whom we got it from. In the summer of 2003, amid rumours of an impending takeover at Chelsea, Zola left Stamford Bridge to join Cagliari, from his native Sardinia. Within a week Chelsea was acquired by Russian billionaire Roman Abramovich. It was reported that Abramovich tried to buy the entire Cagliari club when Zola refused to renege on his verbal contract with Cagliari, although Zola himself will not confirm it. Zola subsequently led Cagliari to promotion to the Italian Serie A. Then he renewed his contract for Cagliari Calcio for one more year. He retired in June 2005, after ending his career in appropriate style with a double against Juventus in his last ever professional game. His number 10 Cagliari jersey was withdrawn in his honour for the season after he left but was worn in the 2006–07 season by Andrea Capone. Zola retired as the fifth highest goalscorer of free-kicks in Serie A history, with 20 goals from set-pieces, and currently sits behind only Francesco Totti and Roberto Baggio (both at 21), Alessandro Del Piero (22), Andrea Pirlo and Siniša Mihajlović (both at 28). 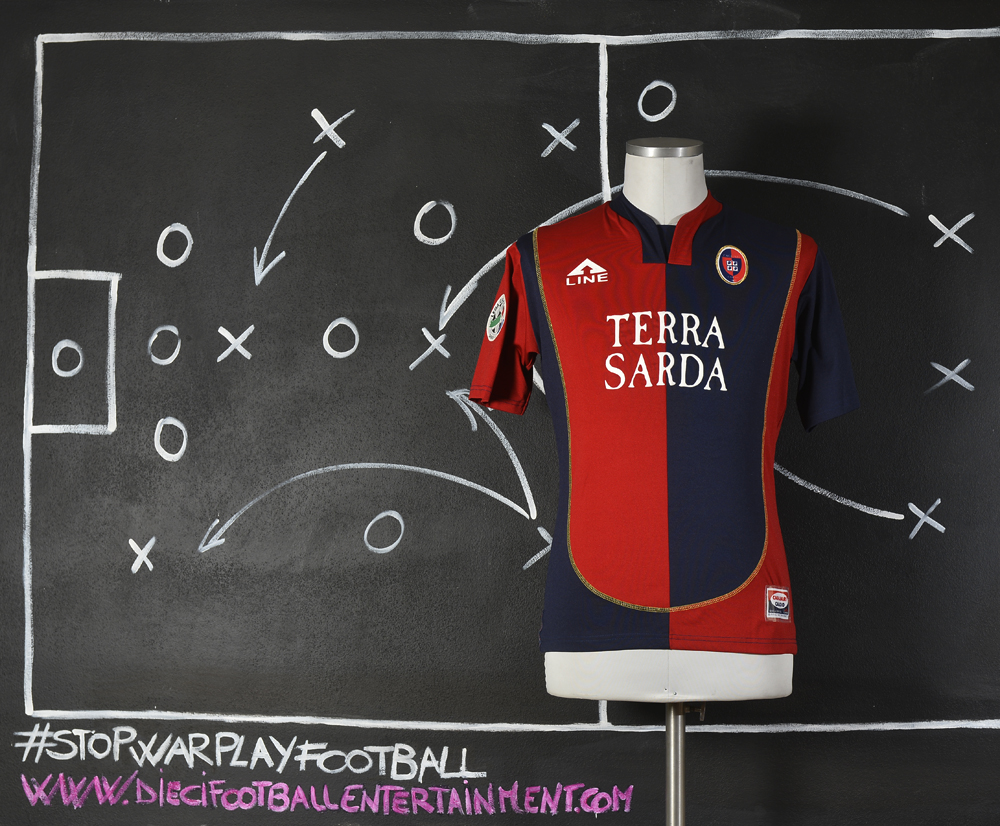 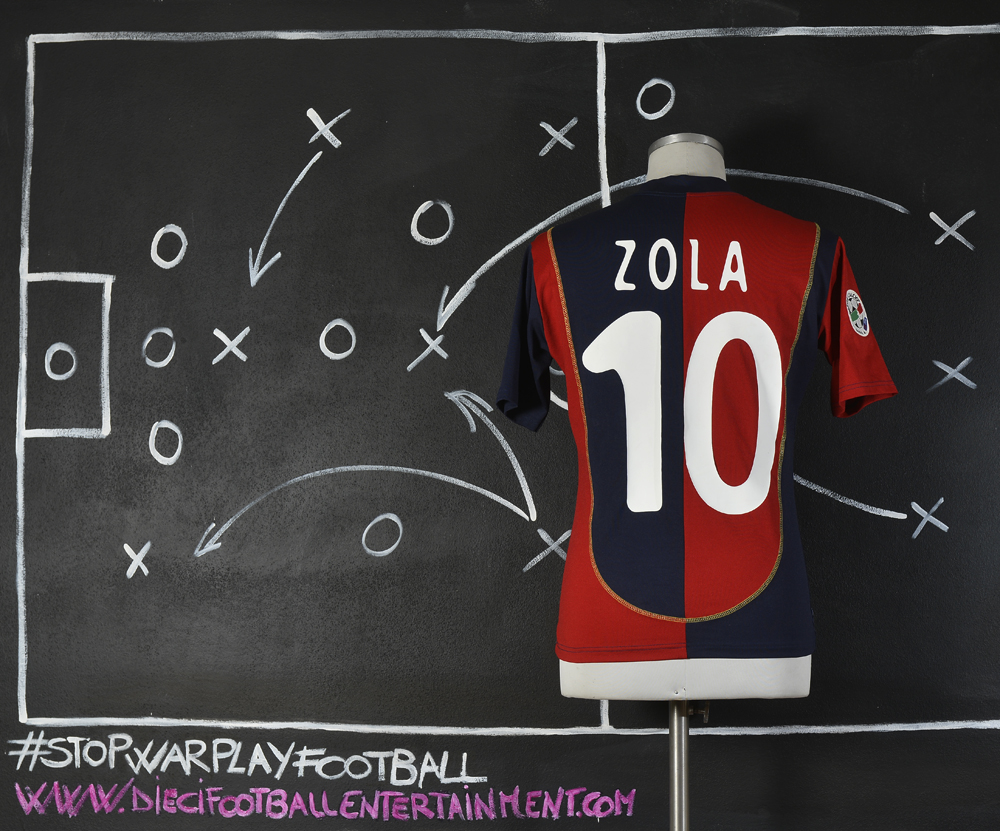 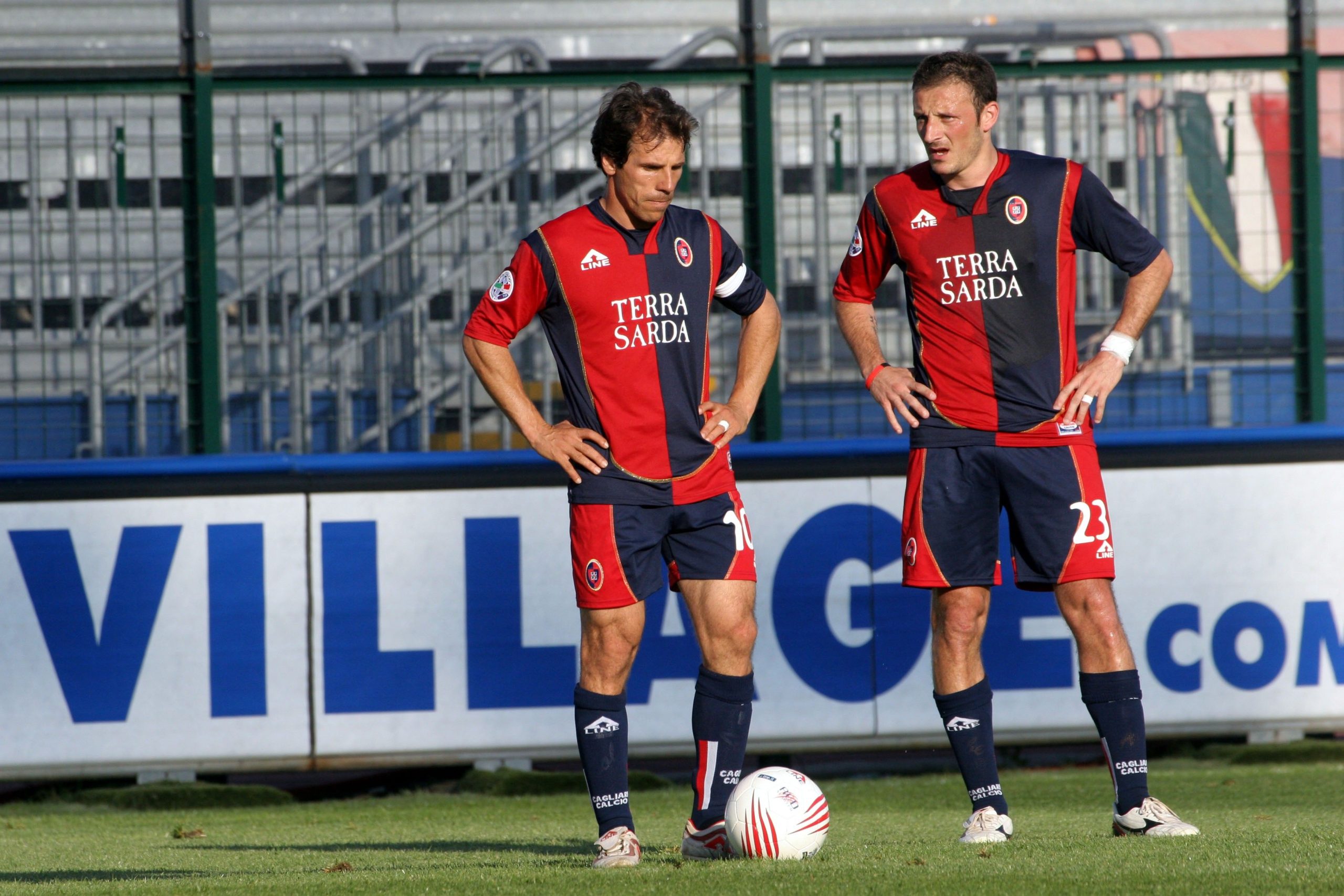 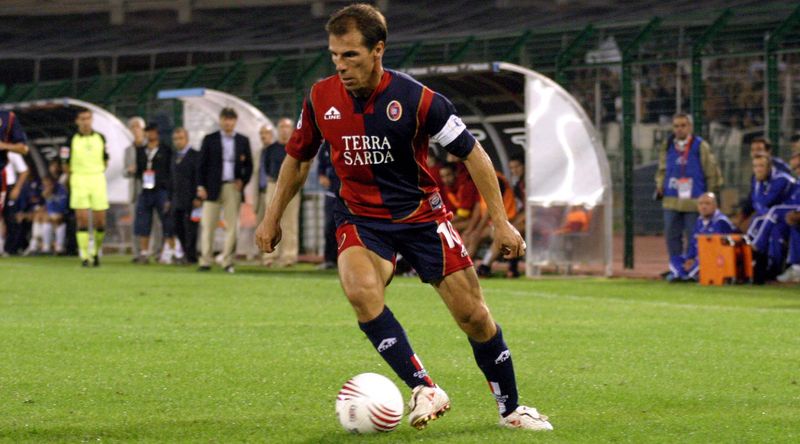 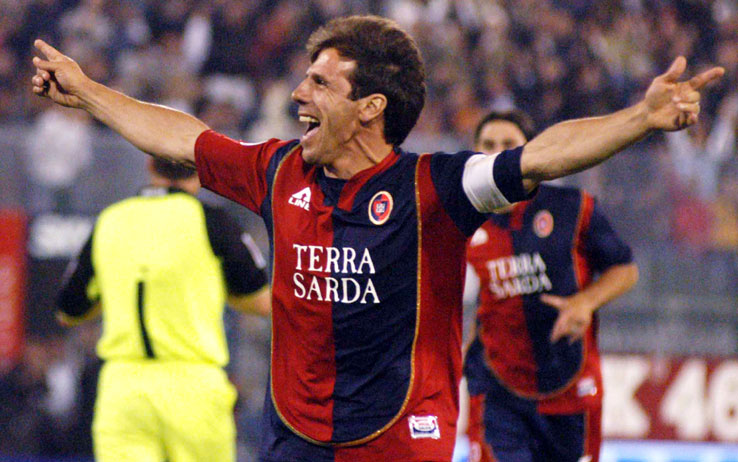 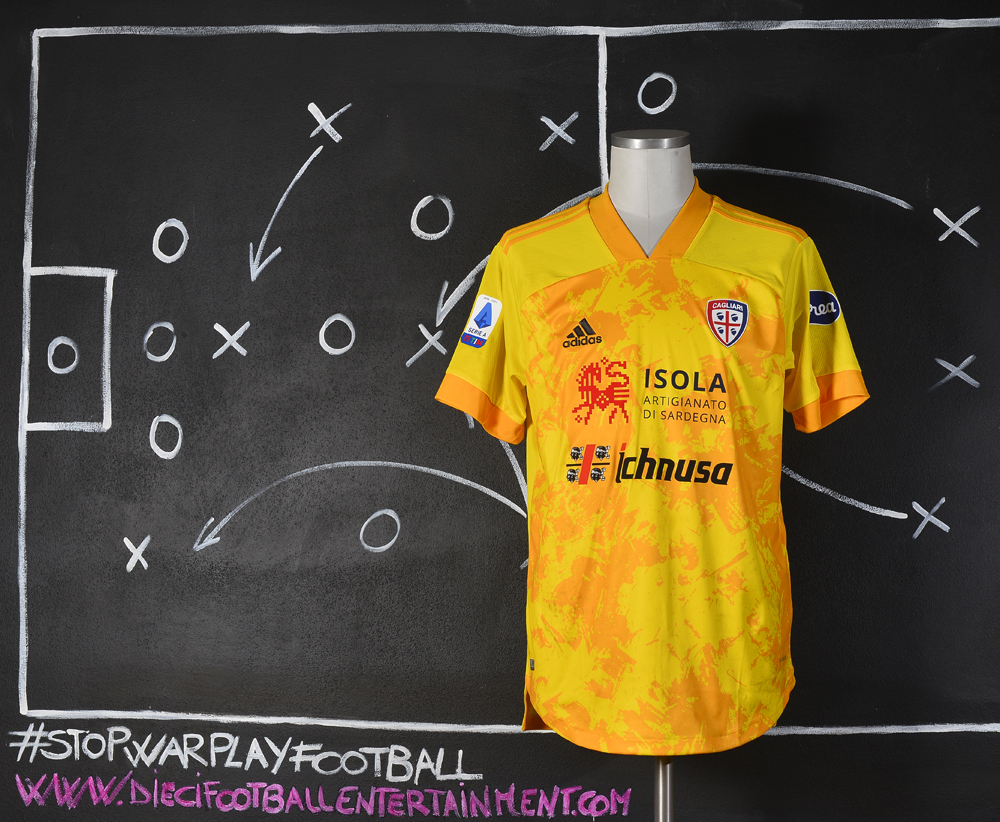 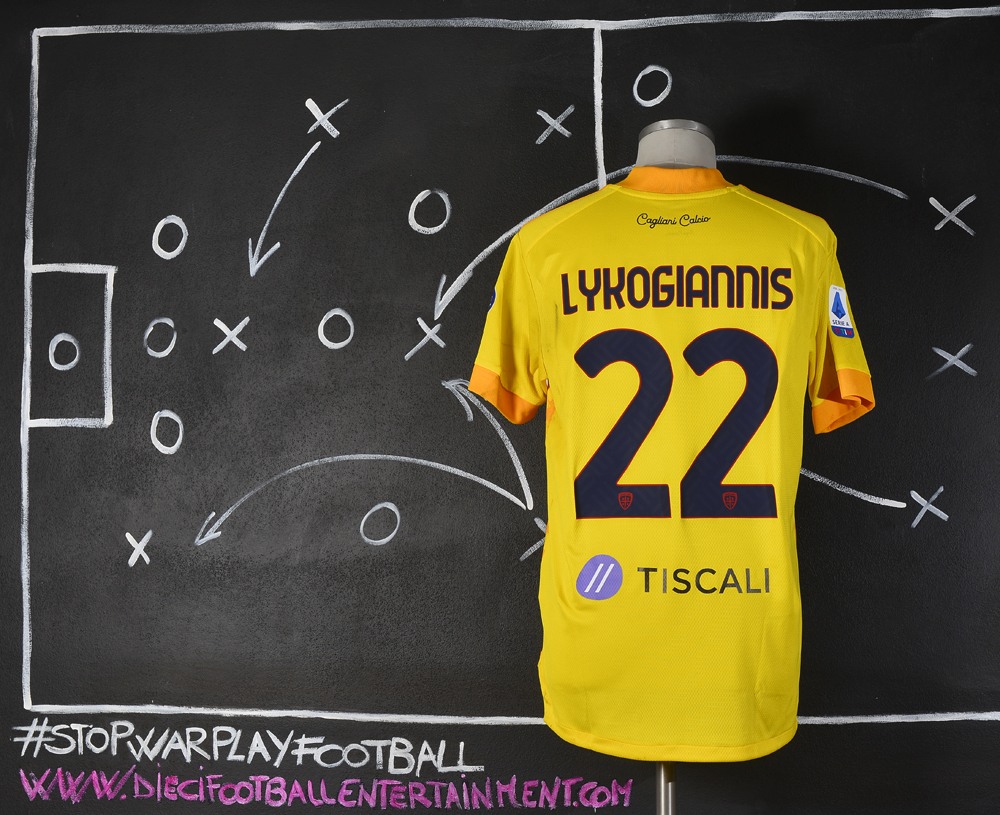 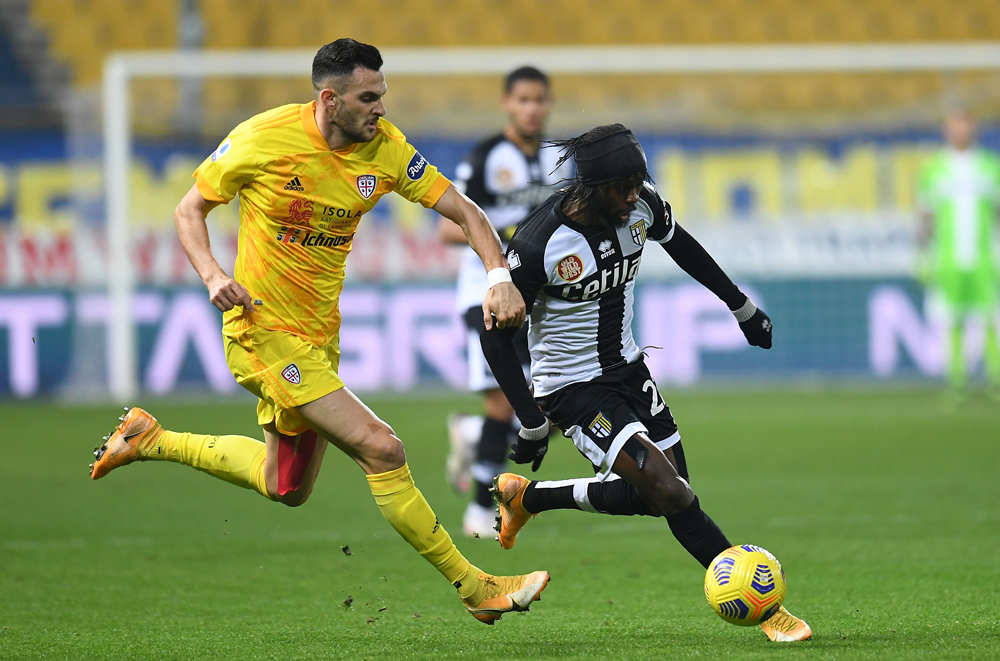 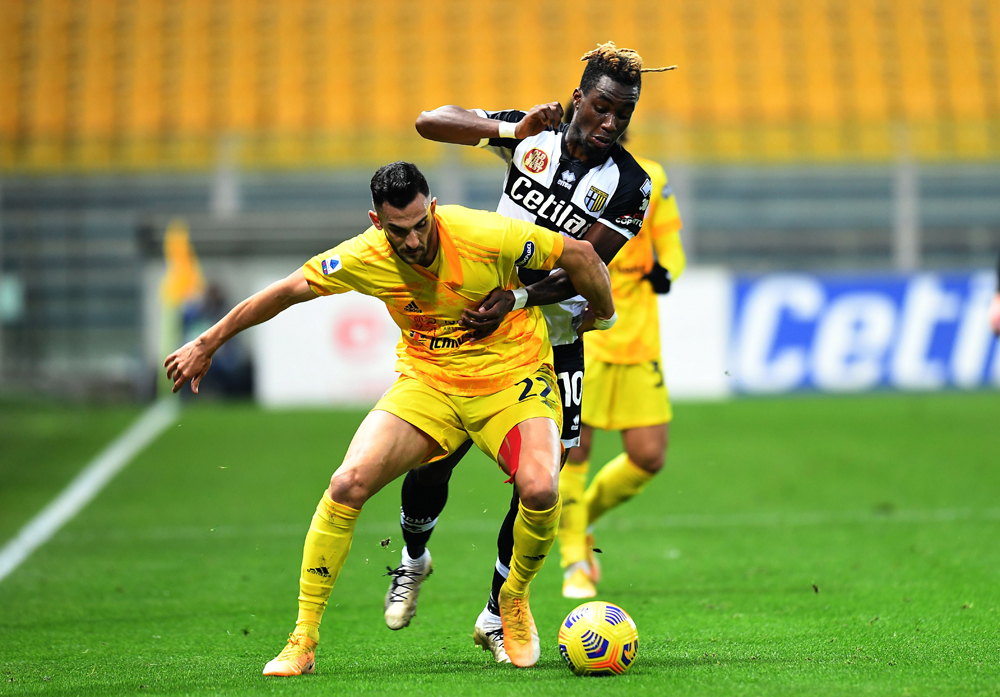 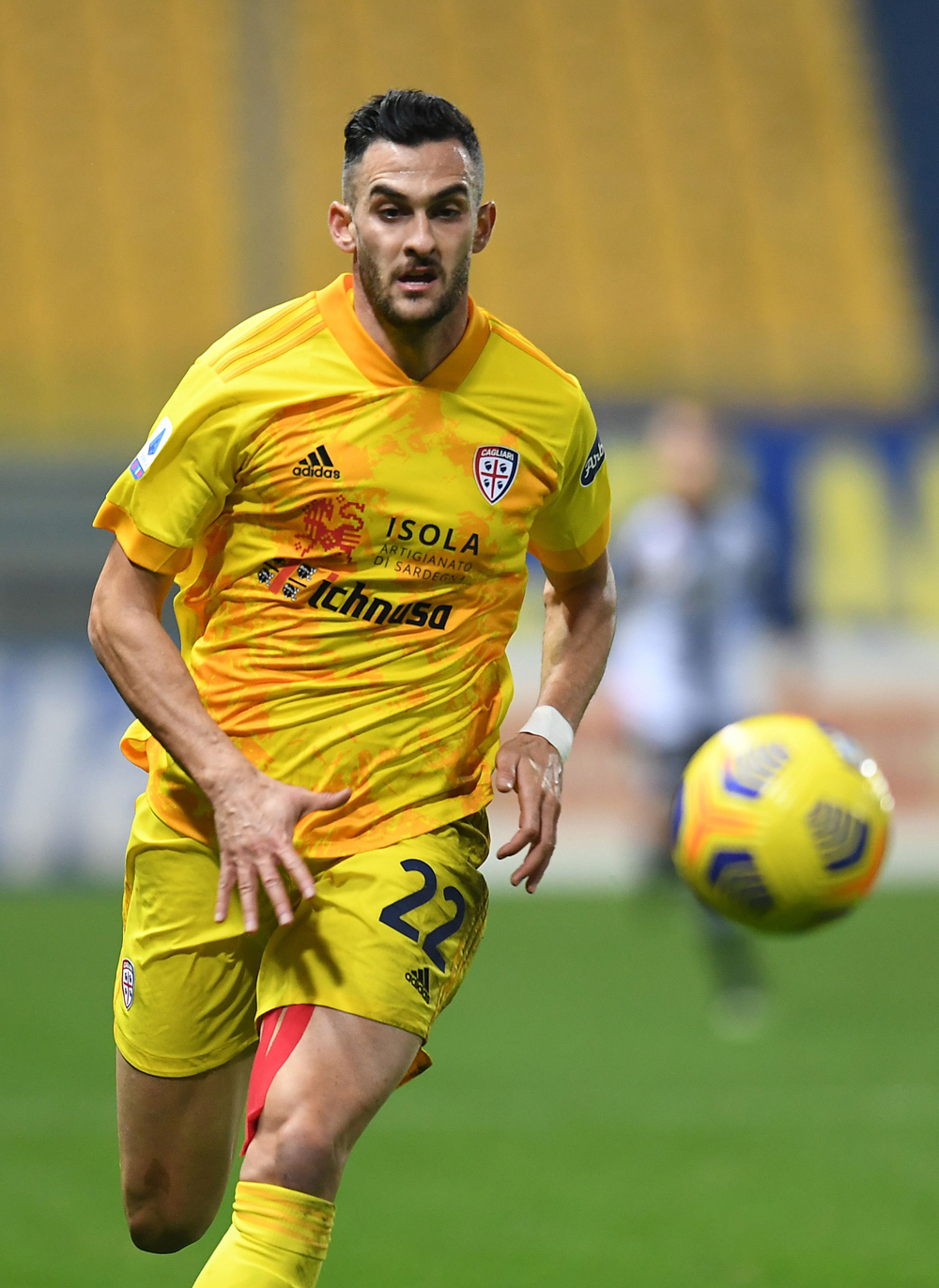 This shirt was worn by Charalampos Lykogiannis during the Serie A game between Parma and Cagliari which took place in Parma, “Ennio Tardini” Stadium, on December 16th 2020. Cagliary draw 0-0 and at the end of the game Lykogiannis swapped his shirt with a Parma’s player whom we got it from. On 17 January 2018, the Sardinian club managed to signed Lykogiannis, on a four-and-a-half years’ contract, for a transfer fee of €600,000. His contract, which ran until 2022, was worth €1.4 million per year. On 25 October 2020, he scored with a free kick in a 4–2 home win game against F.C. Crotone. It was his first goal with the club in all competitions. During the 2020-21 season, Cagliari was in danger of being relegated this year. On 25 April 2021, Lykogiannis opened the score in a thrilling 3-2 win against A.S. Roma and two weeks later scored a fantastic goal in the 1st minute of the match in a crucial game against Benevento, where Cagliari prevailed 3-1. It was his best season so far, and his effectiveness can be seen from the statistics as he had 4 goals and 2 assists during 2020-21 season. The most important thing, however, is that the four times he sent the ball into the net, he scored his team’s first goal in three wins and one draw.

Grosso Grosso2021-08-20T15:22:07+00:00
Page load link
This site uses cookie technology, including third parties' ones. If you want to know more click here. If you access any element of this site outside this banner, you consent to the use of cookies. Ok
Go to Top