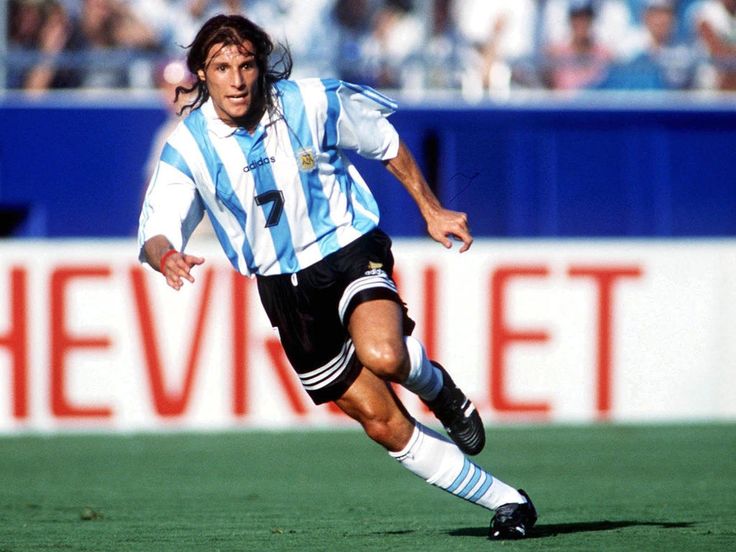 Claudio Paul Caniggia is an Argentine retired footballer who played as forward or winger. Caniggia played 50 times for the Argentina national team. He appeared in three World Cups, and was a member of both rival clubs River Plate and Boca Juniors. A quick, and physically strong striker, with good technique, Caniggia was known for his speed as a player, and competed in athletics before his football career, taking part in athletic tournaments at the provincial level, running the 100 meters. In addition to his ability to score goals consistently, he was also equally capable of playing off other forwards, and creating chances for teammates, and was often deployed as an advanced playmaker or creative forward.  As well as appearing for River Plate and Boca Juniors, his other clubs include Atalanta, Benfica, Dundee and Rangers. 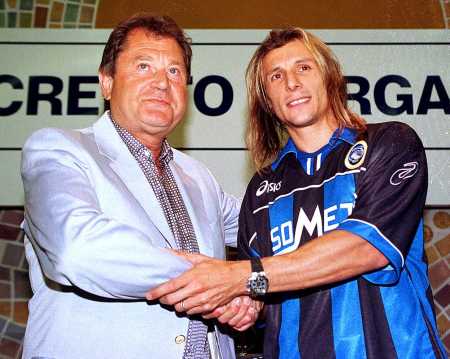 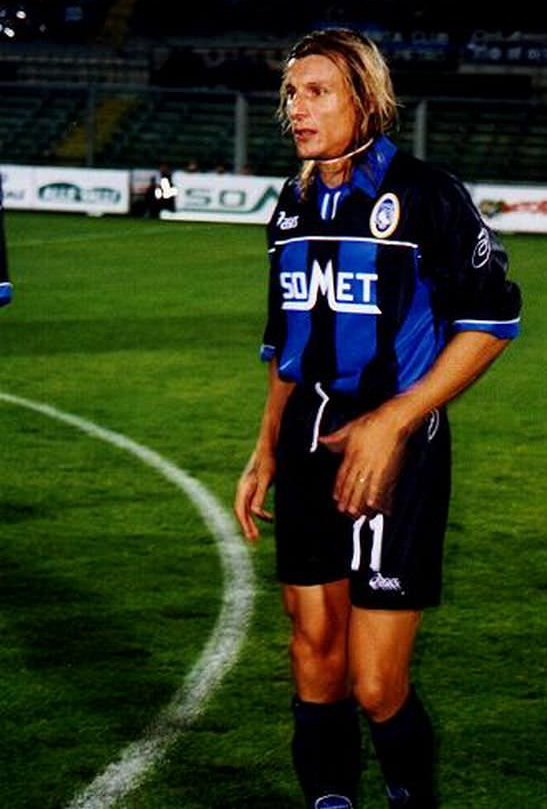 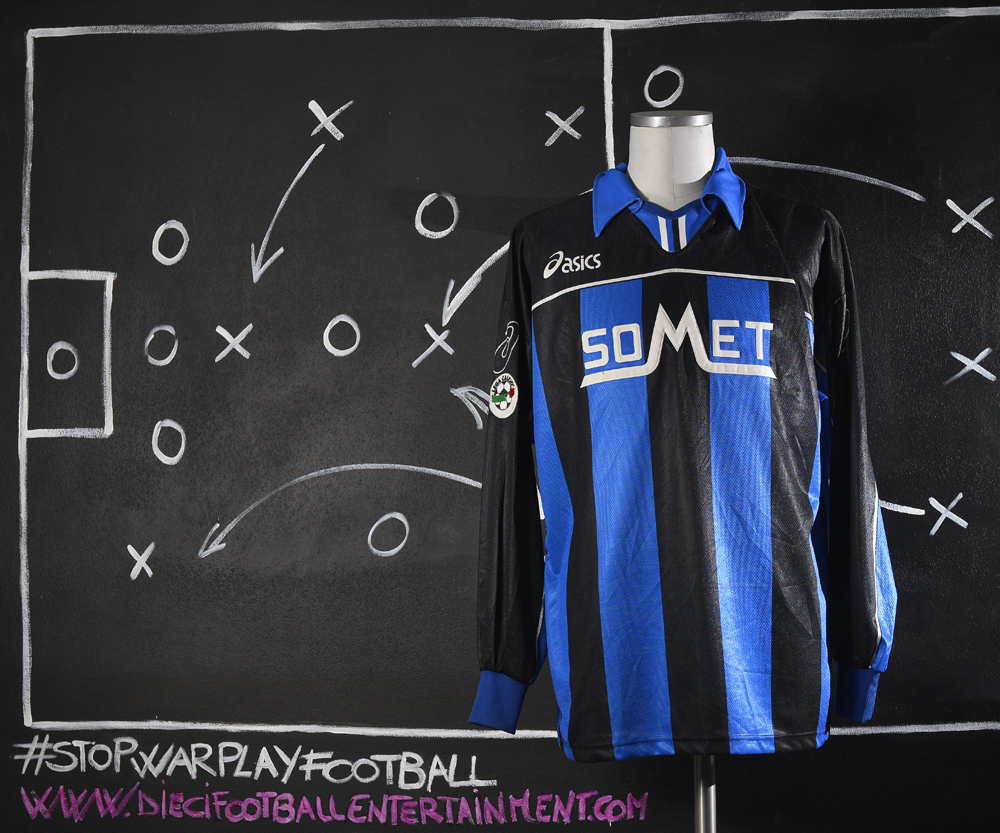 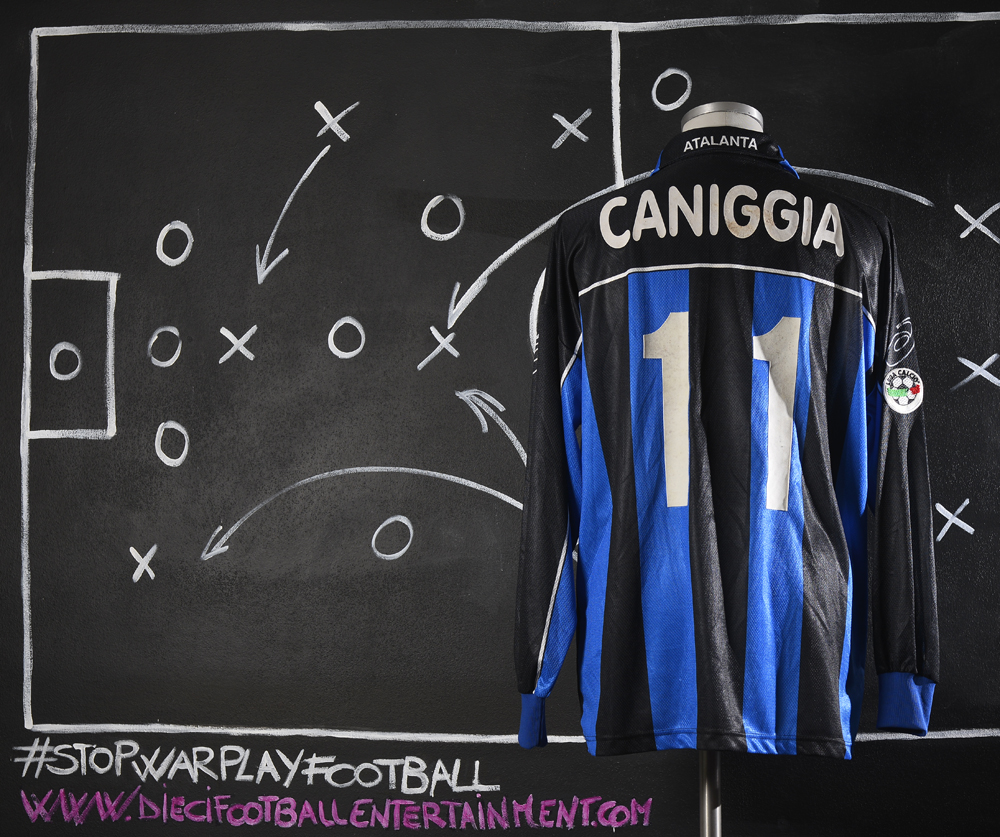 This shirt has been worn by Claudio Caniggia during the Serie B game Atalanta vs Pistoiese that took place in Bergamo on October 24th 1999. At the end of the game Caniggia gave this shirt to Andrea Agostinelli, Pistoiese’s manager, who recently made this piece of history being part of our collection. 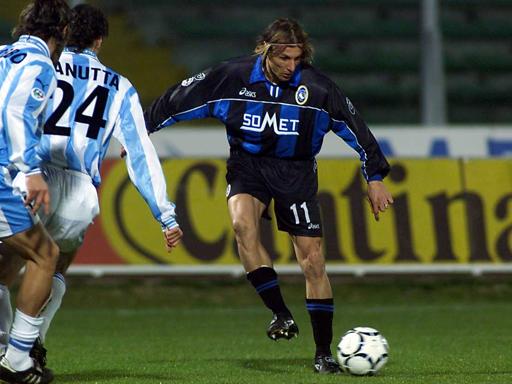 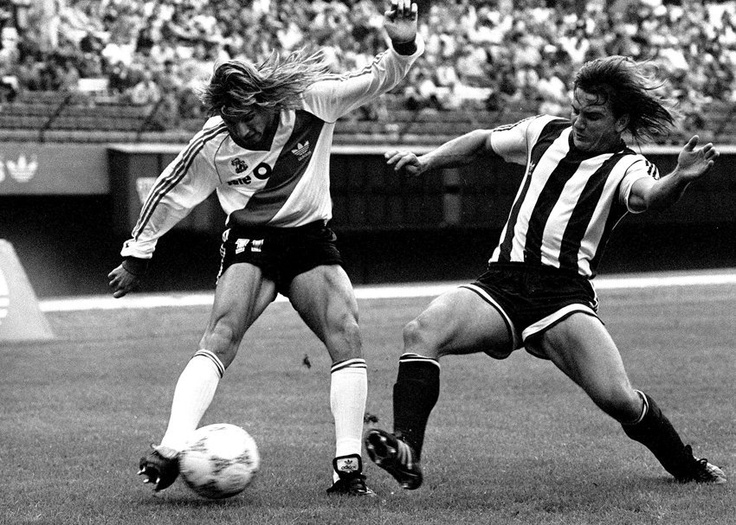 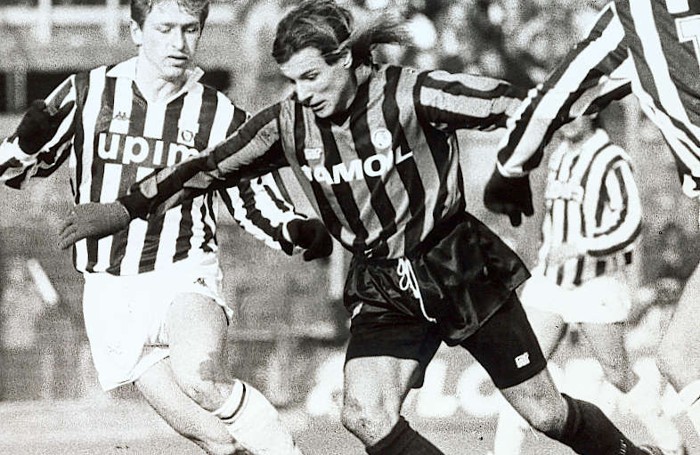 At club level, Caniggia played for River Plate (1985–88), Hellas Verona (1988–89), Atalanta (1989–92 and 1999–2000), AS Roma (1992–93), S.L. Benfica (1994–95), Boca Juniors (1995–98), Dundee (2000–01) and Rangers (2001–03). He has become a club legend and cult-hero at many of the clubs he has played at. Caniggia got a 13-month ban for taking cocaine in 1993 and has a history of enjoying the high life. After his ban expired he joined Benfica on a year-long loan financed by the Parmalat dairy company.Argentine media mogul Eduardo Eurnekian then acquired the rights to Caniggia from AS Roma and Diego Maradona from Racing Club de Avellaneda, loaning them to Boca Juniors in exchange for matches played on his television stations. At the completion of his one-year contract, Caniggia’s outspoken wife refused to return to Argentina and he was heavily linked with clubs in England. In September 1996 his mother committed suicide by jumping from the fifth floor of her building and Caniggia did not play in the 1996–97 season. He returned to play for Boca in 1997–98 but his appearances were sporadic as he missed out on the 1998 World Cup squad. After another season of inactivity he re-joined Atalanta in Serie B, but left after one season following a dispute with coach Giovanni Vavassori. He then signed for Scottish club Dundee, managed by Ivano Bonnetti whom he knew well from their time together in Italy. Quickly becoming Dundee’s star player, he was then transferred to Rangers, becoming a fans favourite at Ibrox, after scoring against arch rivals Celtic in a cup final. In June 2012, he was one of several former professional footballers who agreed to join Wembley F.C. to play in their FA Cup campaign for the new season. Caniggia and fellow former-internationals Ray Parlour, Martin Keown, Graeme Le Saux, Jaime Moreno, Danny Dichio and Brian McBride, plus David Seaman (goalkeeping coach) and former England manager Terry Venables (technical advisor), came out of retirement to play for Wembley F.C. who were featured in a television documentary as they endeavoured to help the club play at Wembley Stadium. On 12 August 2012 he appeared in a preliminary round of the FA Cup. Aged 45, he scored the first goal in a 3–2 win against Langford.

Caniggia was a key player in both the 1990 and 1994 World Cups, but was not picked under the strict regime of coach Daniel Passarella for France ’98. At the 1990 FIFA World Cup, Caniggia scored two key goals to help Argentina reach the final. In the opening game of the tournament against Cameroon, he was fouled three times in a single dribble, the last taking him out and earning Benjamin Massing a red card. In the second round match against Brazil, a pass by Diego Maradona put him through against goalkeeper Taffarel, with Caniggia dribbling past him and slotting the ball into the net to give Argentina victory. In the semi-final against Italy, he headed past goalkeeper Walter Zenga, the first goal Italy conceded in the tournament, sending the match into extra time as Argentina won on penalties. Having been booked against Italy, his second in the tournament, Caniggia was suspended for the final against West Germany. Caniggia scored two goals in the 1994 FIFA World Cup, both of them in the first round match against Nigeria, the first from a Gabriel Batistuta free kick rebound and second one from a free kick by Maradona, which Caniggia finished by putting the ball in top right hand corner. Caniggia was capped 50 times for Argentina, scoring 16 goals. He played at the 1990 and 1994 World Cups, scoring 4 goals in 8 matches. Contrary to popular belief and largely due to loose interpretation, Caniggia was not a pure striker, but rather a playmaker or creative forward. Caniggia is great friend with Argentine legend and former international teammate Diego Maradona; the duo once celebrated a goal with a kiss on the lips. 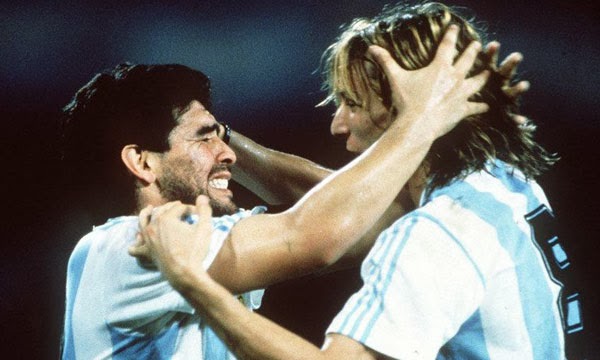 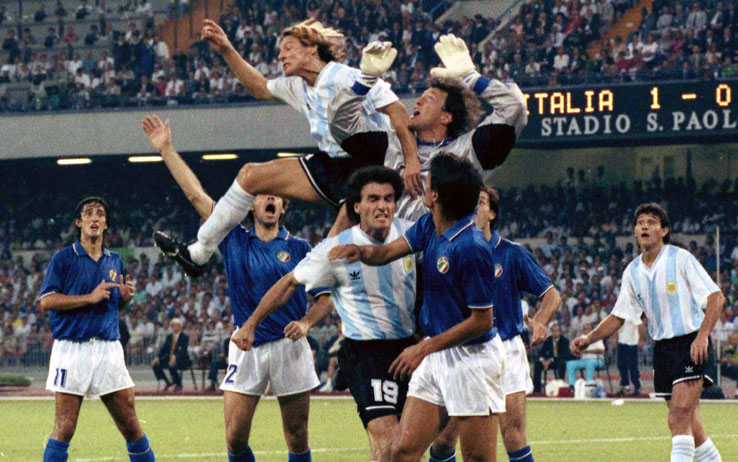 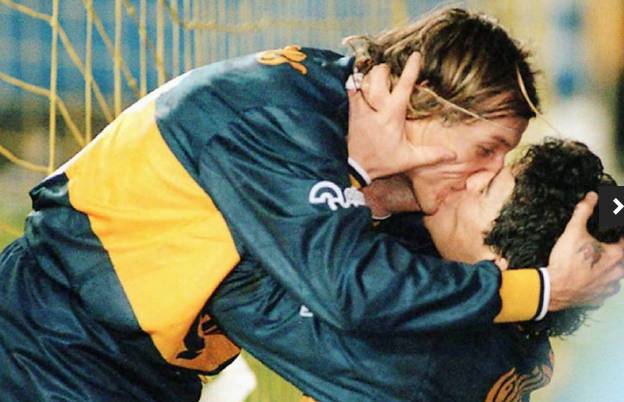 “At times I believe Diego is in love with my husband. It must be the long hair and big muscles” Mariana Nannis

Grosso Grosso2019-03-02T20:46:33+00:00
Page load link
This site uses cookie technology, including third parties' ones. If you want to know more click here. If you access any element of this site outside this banner, you consent to the use of cookies. Ok
Go to Top