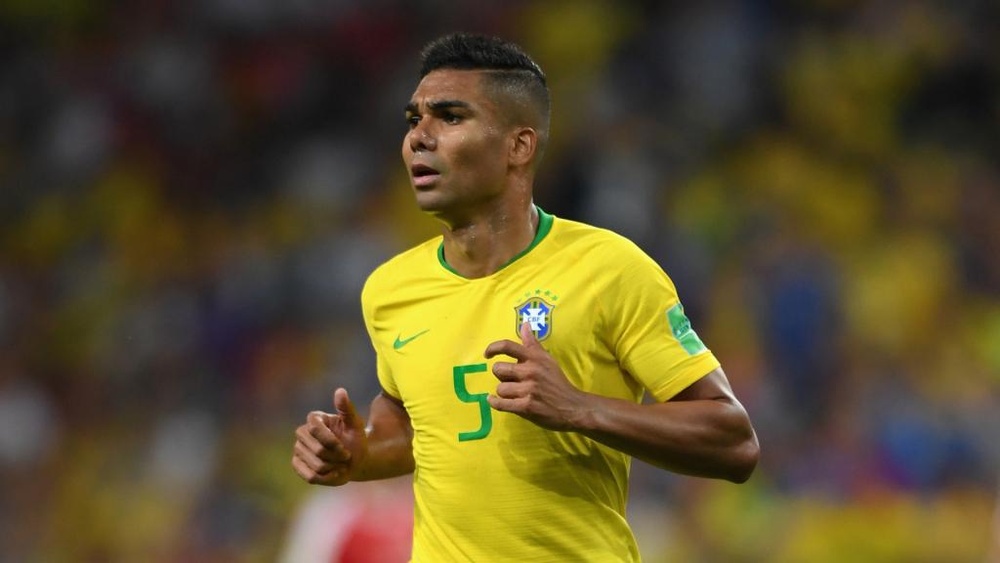 Carlos Henrique Casimiro, known as Casemiro, is a Brazilian footballer who plays as a defensive midfielder for Spanish club Real Madrid and the Brazil national team. Formed at São Paulo, where he scored 11 goals in 112 official games, he moved to Real Madrid in 2013, and also spent a season on loan at Porto. He was part of the Real Madrid squad that won four Champions Leagues, from 2013–14 to 2017–18. A full international since 2011, Casemiro was in Brazil’s squad at three Copa América tournaments as well as the 2018 FIFA World Cup, winning the 2019 Copa América. Born in São José dos Campos, São Paulo, Casemiro was a product of São Paulo FC’s youth system. From the age of 11 upwards, he acted as captain to its sides; he was known as “Carlão” – an augmentative form of his first name in Portuguese – early on, and would be called up for the 2009 FIFA U-17 World Cup. Casemiro made his Série A debut on 25 July 2010, in an away loss against Santos FC. He scored his first goal as a professional on 15 August, helping to a 2–2 draw with Cruzeiro Esporte Clube. 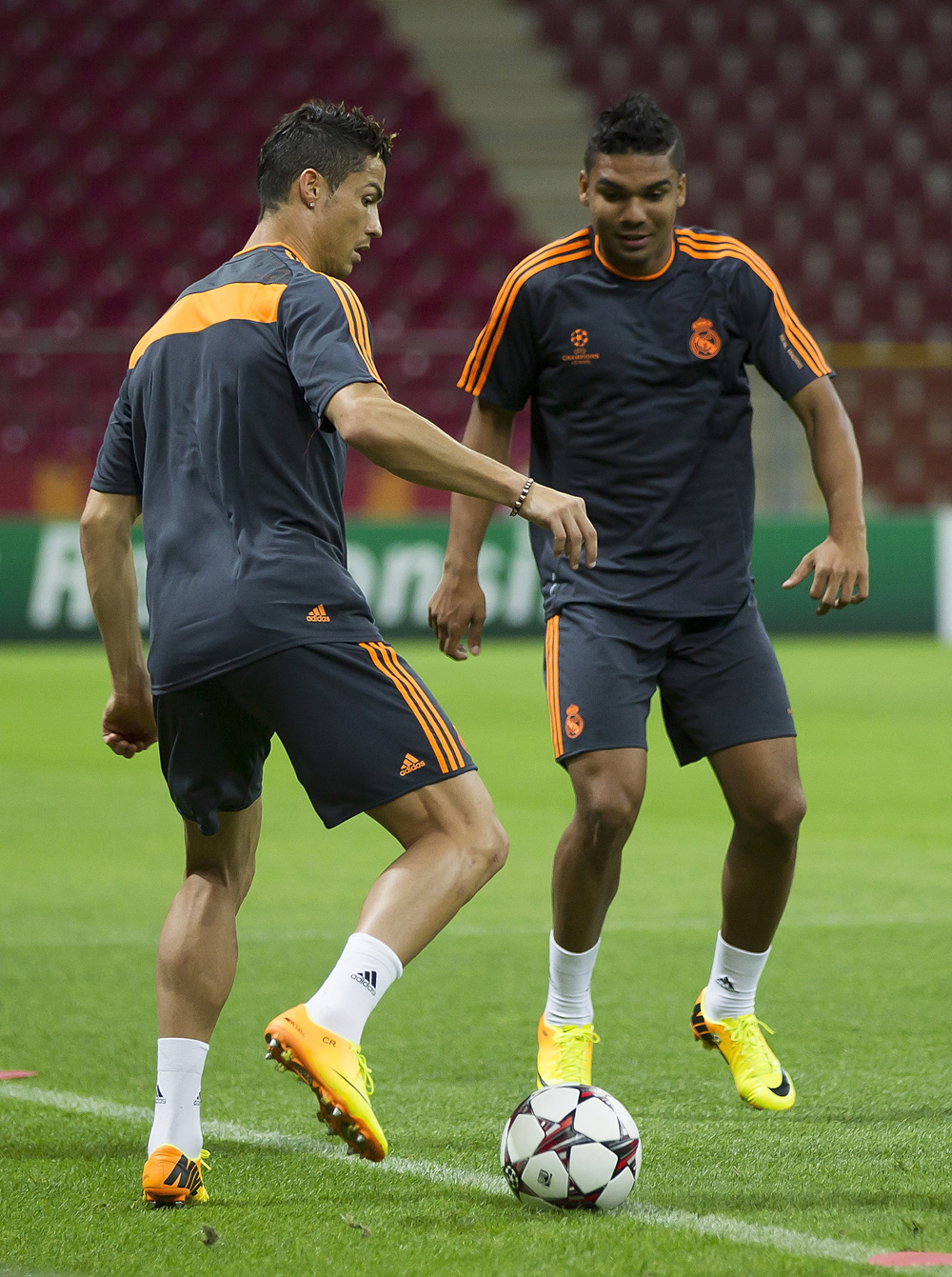 Casemiro mainly plays as a defensive midfielder, although he has also been deployed in a box-to-box role in the centre of the pitch, or even as a centre-back on occasion. While he is not particularly talented or skilful from a technical standpoint (although he was able to improve in this area under manager Zinedine Zidane during their time at Real Madrid together), Casemiro is an intelligent, physically strong, mobile, aggressive, and hard-tackling midfielder, with an extremely high work-rate. While he is mainly known for his ability to provide balance to his teams by supporting his more offensive-minded teammates defensively, and distributing the ball to them accurately after winning back possession, he is also a well-rounded midfielder, who possesses a powerful shot from outside the penalty area, and reliable distribution, as well as an ability to get forward with his runs off the ball, or start attacks with his passing; these characteristics also enable him to contribute offensively, or even score goals, in addition to breaking up plays. Moreover, his quick reactions, as well as his excellent positional sense, ability to read the game, and good anticipation, enable him to excel in a holding midfield role in front of the defence, by cutting out counter-attacks and shielding the back-line. Often described as a “destroyer” in the media, he has drawn praise from pundits for his energetic and combative style of play, as well as his tactical awareness and abilities as a ball winner, which enable him to cover ground, track back, and press opponents. His tenacity on the pitch, exemplified by his fierce challenges and stamina, have led Marca to nickname him “The Tank.” In addition to his footballing abilities, he also stands out for his competitive spirit, mentality, consistency, and determination on the pitch. Despite mainting a good disciplinary record, he has, however, also come into criticism in the media at times over his excessively aggressive challenges on the pitch. Casemiro’s playing style has drawn comparisons with that of former Real Madrid defensive midfielder Claude Makélélé, as well as compatriot Toninho Cerezo. Carlos Henrique Casimiro (born 23 February 1992), known as Casemiro (Brazilian Portuguese: [kaziˈmiɾu]), is a Brazilian footballer who plays as a defensive midfielder for Spanish club Real Madrid and the Brazil national team. Formed at São Paulo, where he scored 11 goals in 112 official games, he moved to Real Madrid in 2013, and also spent a season on loan at Porto. He was part of the Real Madrid squad that won four Champions League titles in five seasons, from 2013–14 to 2017–18. In total he has won 14 major trophies at Real Madrid, including four UEFA Champions League, two La Liga, a Copa del Rey and three FIFA Club World Cup trophies. A full international since 2011, Casemiro was in Brazil’s squad at three Copa América tournaments as well as the 2018 FIFA World Cup, winning the 2019 Copa América. After being mostly a reserve player under Rafael Benítez, Casemiro became first-choice under his successor Zinedine Zidane, and contributed with 11 appearances in the season’s Champions League as the tournament ended in a win. In the final against Atlético Madrid, he featured the full 120 minutes in a 1–1 draw in Milan (penalty shootout triumph).Casemiro scored four goals in 25 matches in the 2016–17 campaign, helping his team win the national championship for the first time in five years. He scored a long-range strike in the Champions League final against Juventus FC, helping his side to a 4–1 victory; he again found the net on 8 August 2017, putting his team ahead in an eventual 2–1 defeat of Manchester United for the UEFA Super Cup. During the 2017–18 Champions League, Casemiro made 13 appearances while scoring one goal, when Madrid won their third consecutive and 13th overall title in the competition. He was a regular starter during the league season, as Real Madrid won the 2019–20 La Liga. After appearing with the under-20s at the 2011 South American Championship and the 2011 World Cup, Casemiro made his debut for the Brazil senior side on 14 September 2011, in a 0–0 draw against Argentina, aged just 19. He was named by manager Dunga in the Brazilian squad for the 2015 Copa América, but did not play any matches in the quarter-final exit in Chile. On 5 May 2016, he was named among the 23-man list for the Copa América Centenario to be held in the United States. In May 2018, Casemiro was selected by manager Tite for the upcoming edition of the FIFA World Cup in Russia. He made his debut in the competition on 17 June, playing 60 minutes in a 1–1 group stage draw to Switzerland. In May 2019, he was included in Brazil’s 23-man squad for the 2019 Copa América on home soil. In the final group game at the Arena Corinthians against Peru, he scored his first international goal to open a 5–0 victory, but was also sent off for two yellow cards and suspended from the next match. He started in Brazil’s 3–1 victory over Peru in the 2019 Copa América Final on 7 July, at the Maracanã Stadium. 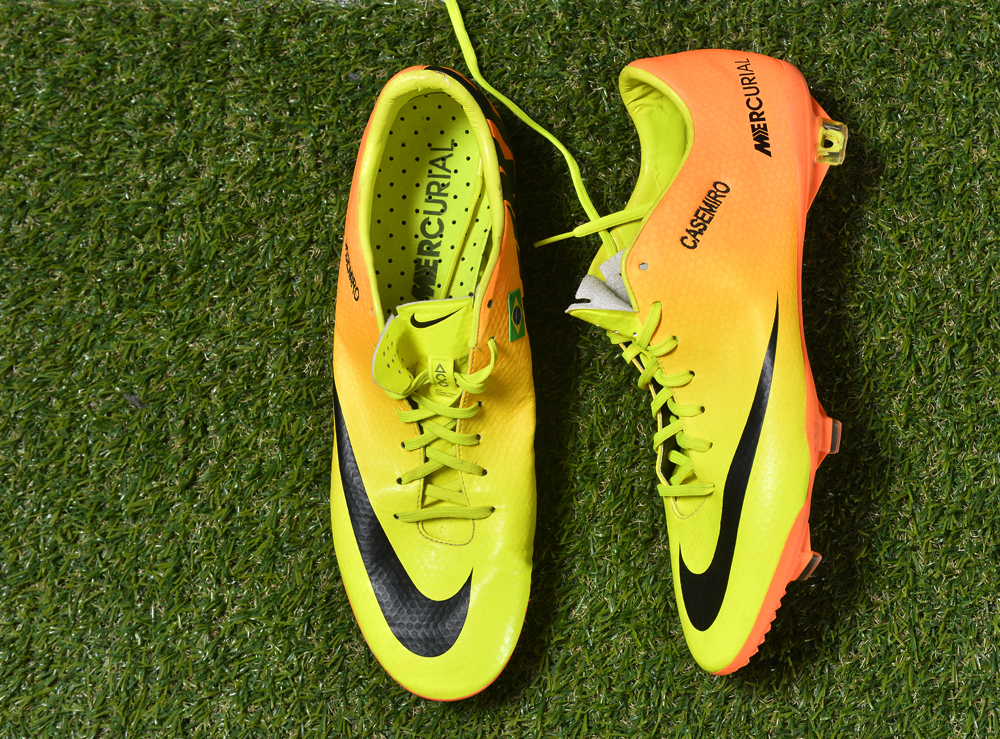 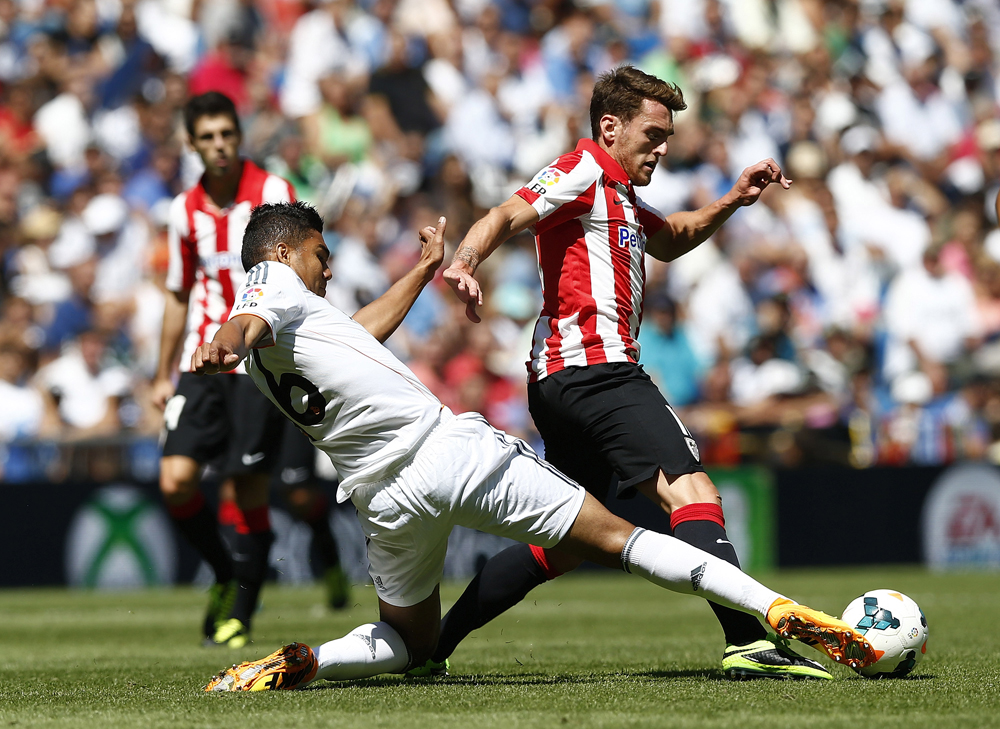 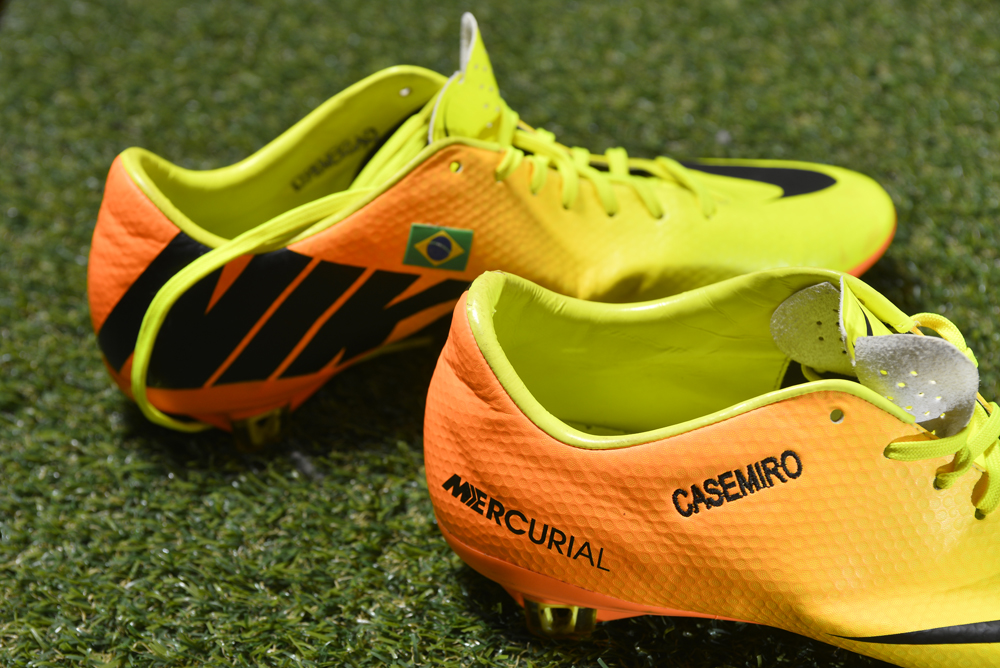 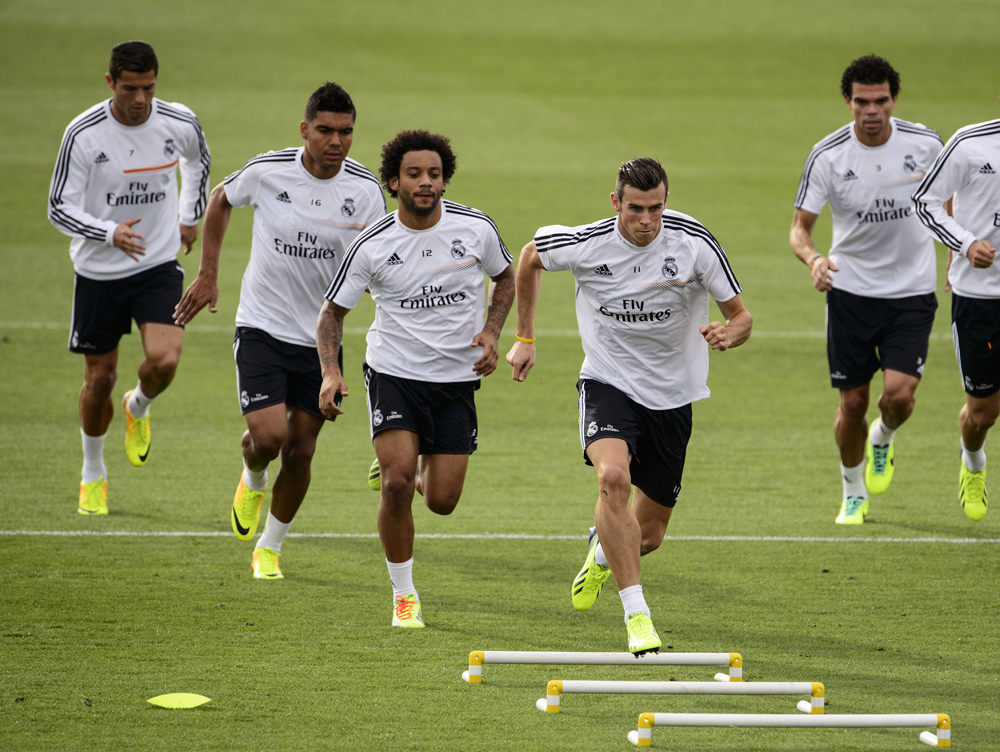 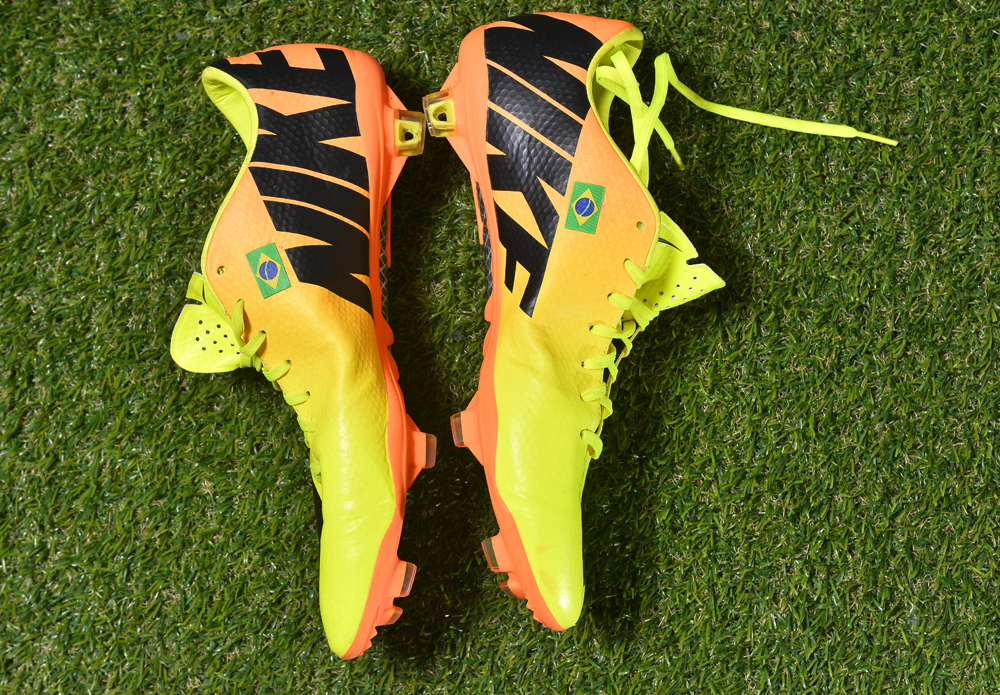 Grosso Grosso2021-06-15T07:29:37+00:00
Page load link
This site uses cookie technology, including third parties' ones. If you want to know more click here. If you access any element of this site outside this banner, you consent to the use of cookies. Ok
Go to Top