Giovanni Cervone is a retired Italian professional football player who played as a goalkeeper. He is now the goalkeeping coach for the Lebanese National Football Team. During his career Cervone played for Juve Stabia, Avellino, Catanzaro, Genoa, Parma, Verona, Roma, Brescia and Ravenna. His career’s highlight was with Roma A.S. where he spent eight seasons from 1989 to 1997. In 1983 Cervone was selected for the U21 Italy National team and he collected four caps without perhaps playing any game as first goalkeeper. 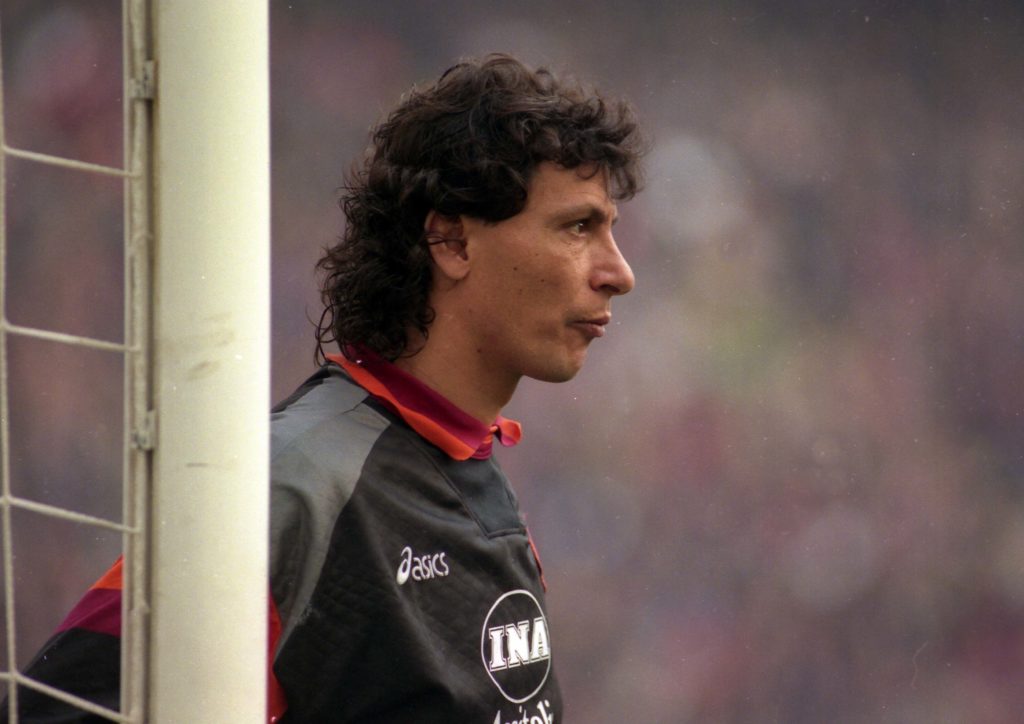 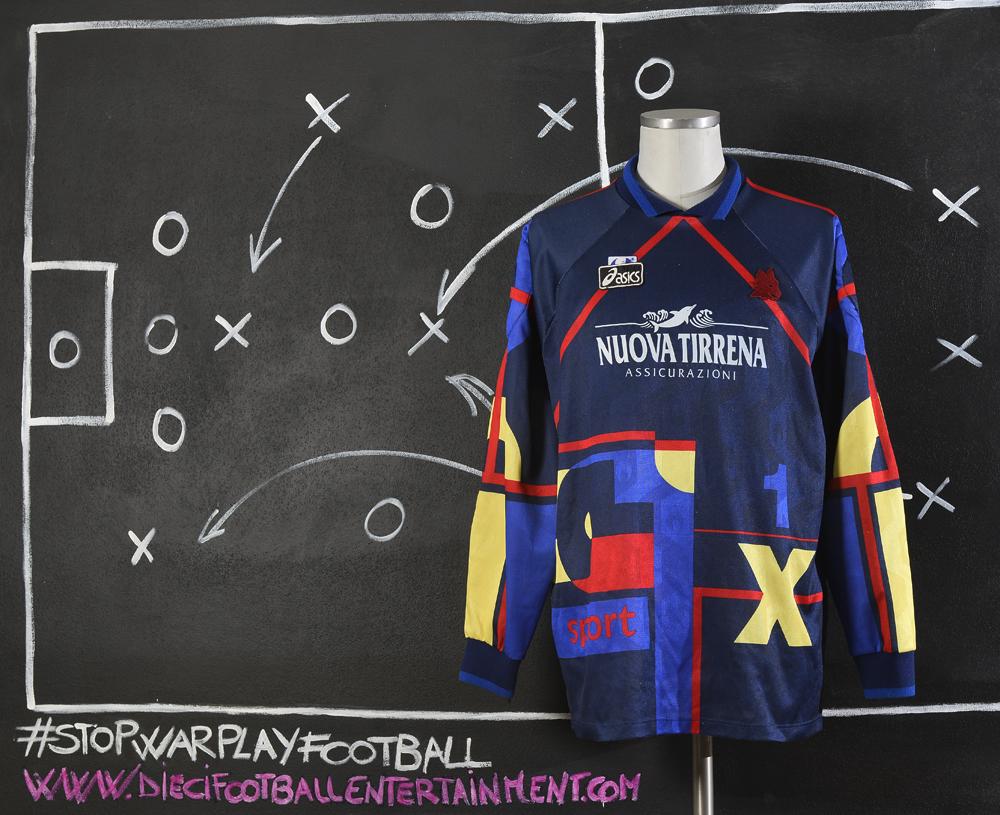 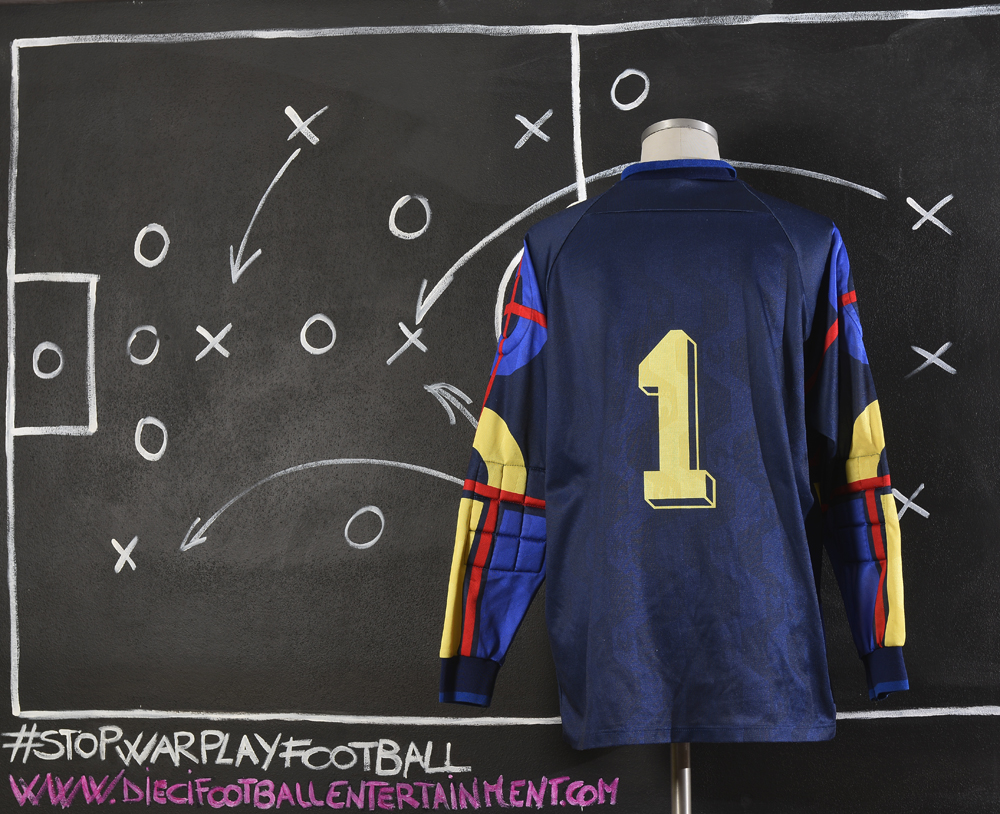 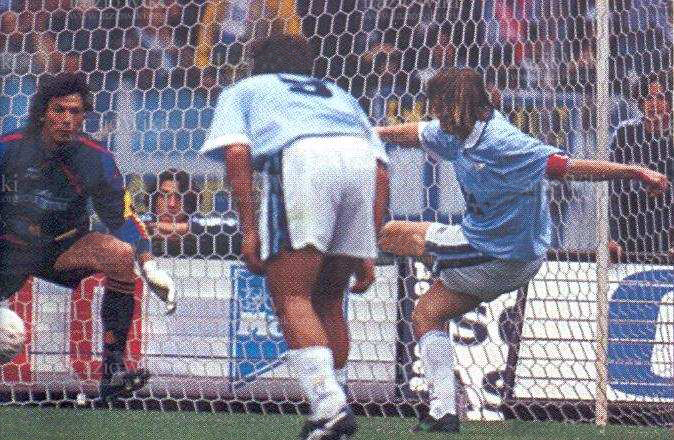 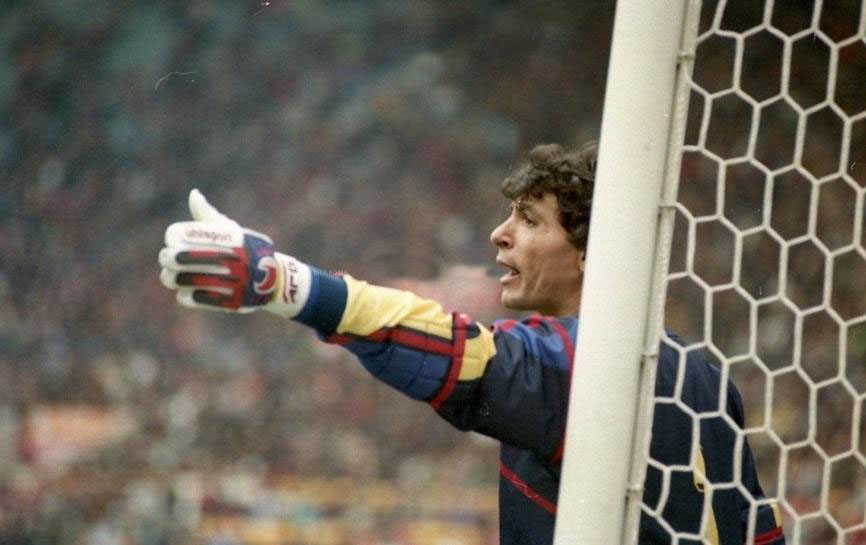 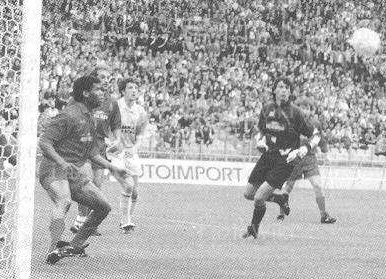 Associazione Sportiva Roma was rejuvenated in Carlo Mazzone’s second season as coach, much due to Abel Balbo being the goalscorer it had lacked for the previous years. The summer signings of 1994 helped, with internationally recognized players Jonas Thern and Daniel Fonseca joining the club from rivals Napoli. Also Francesco Moriero became a household player since he proved his worth in the club, recently coming from Cagliari. Cervone started the season as team second goalkeeper behind Fabrizio Lorieri but manager Carlo Mazzone shortly changed his mind and made Cervone becoming the first goalkeeper. 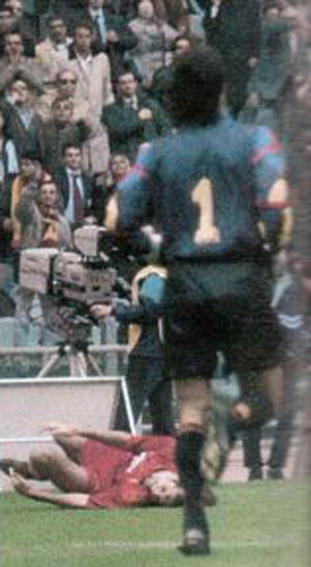 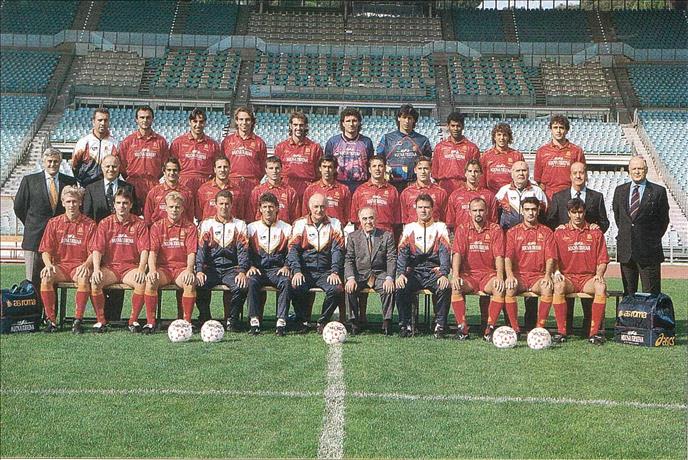 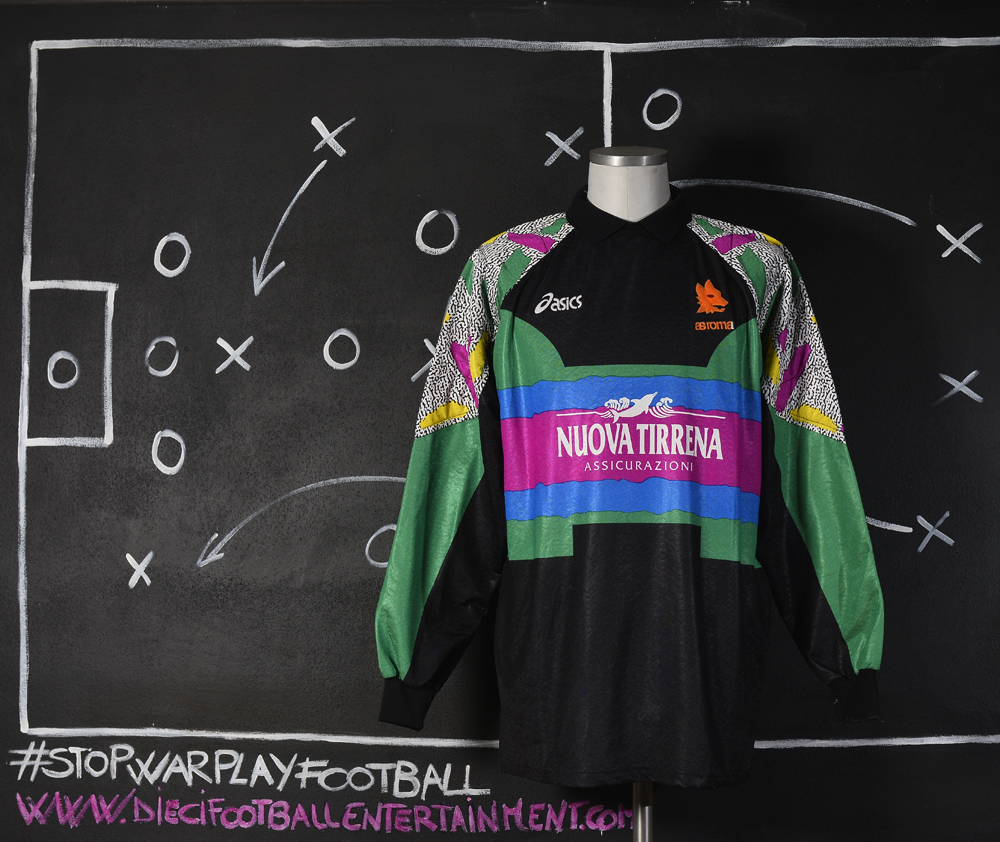 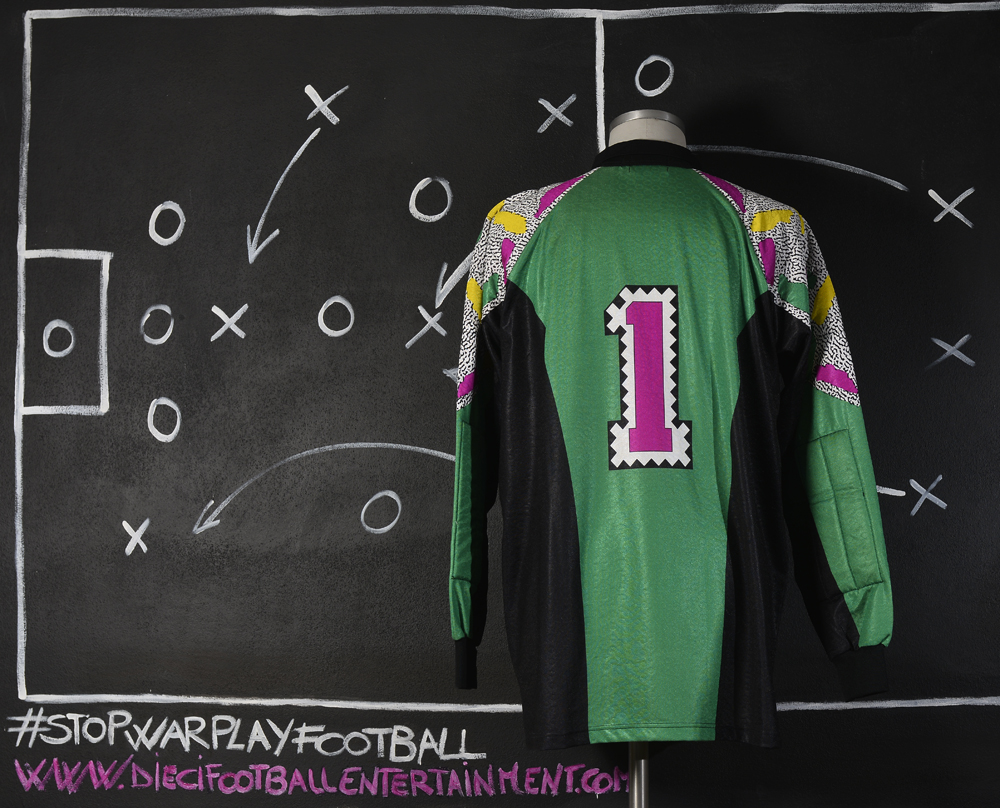 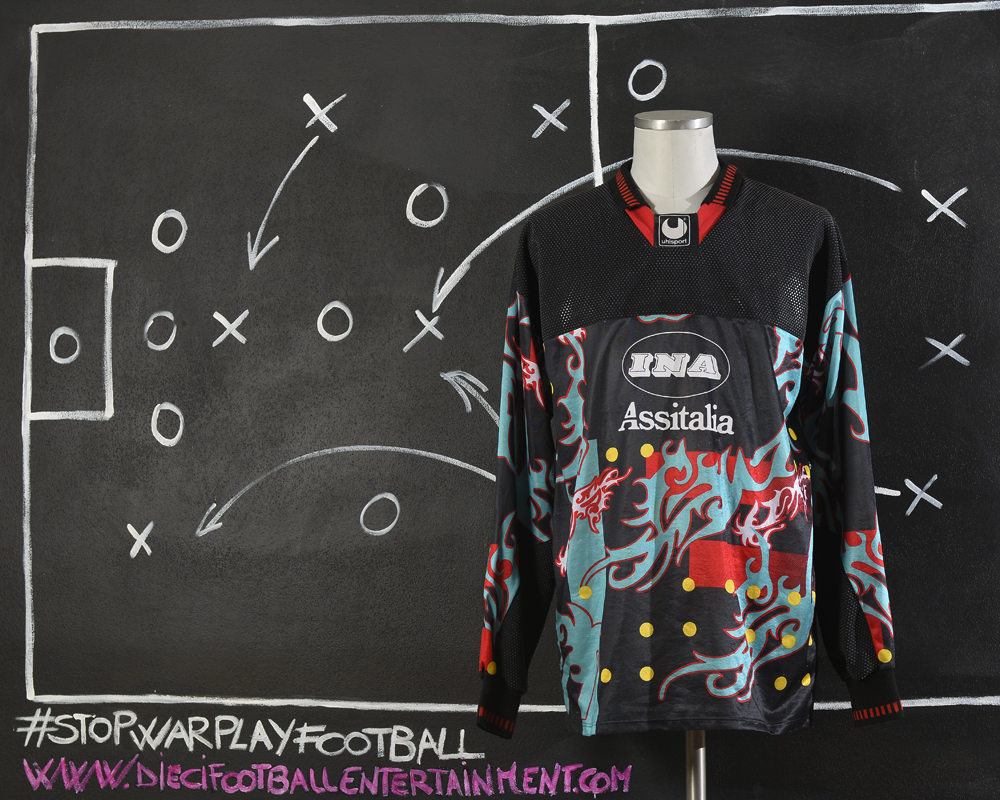 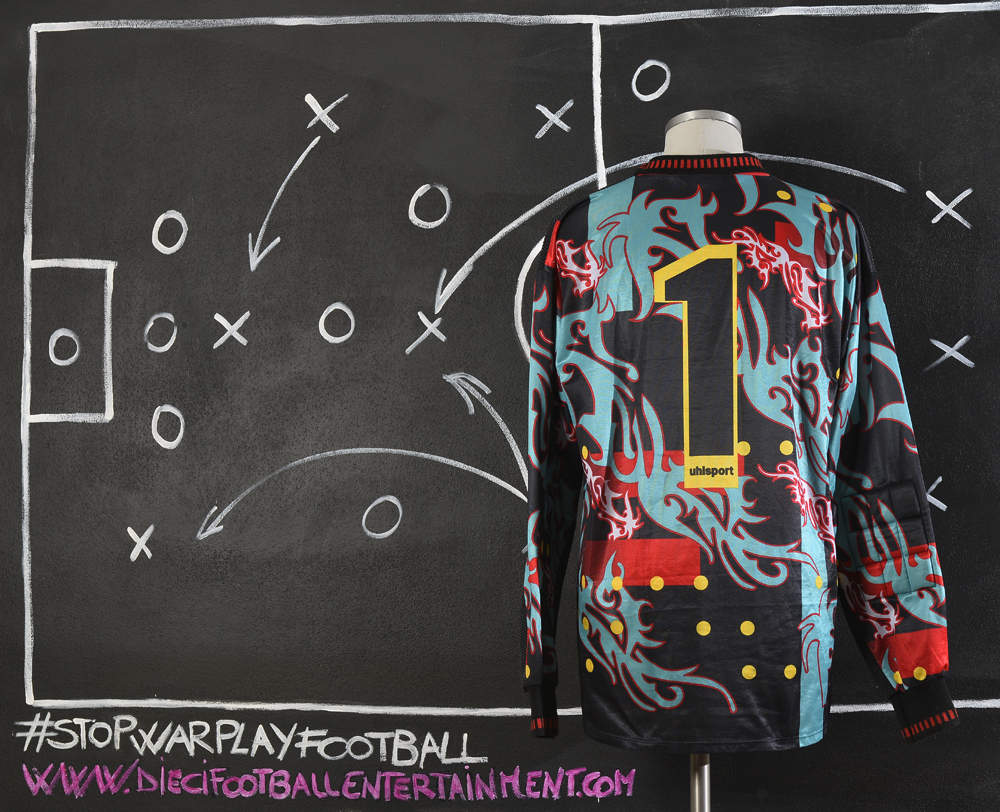 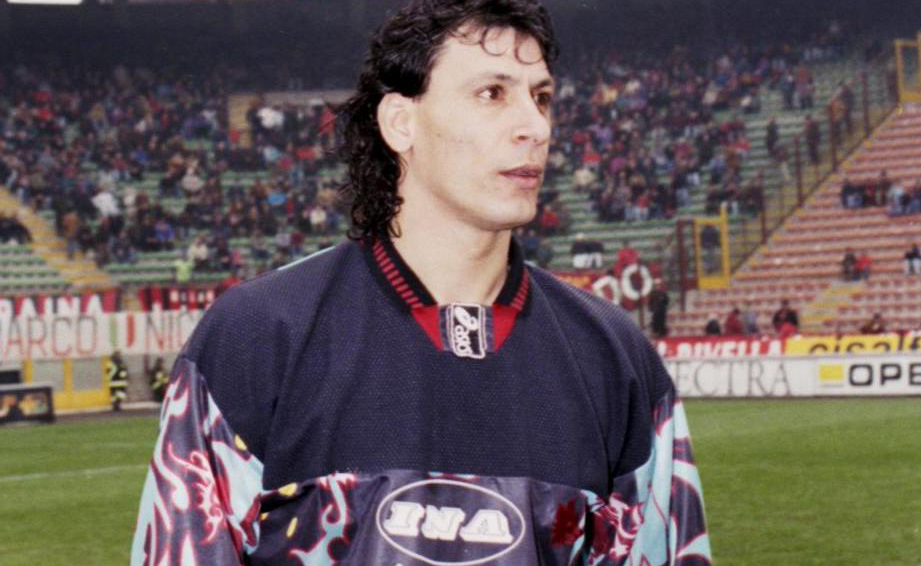 This shirt was worn by Giovanni Cervone during a 1995/1996 friendly pre season’s game. It is easy to be recognized as a pre-season shirt for two reasons. Firstly because the shirt has no name on the back and the 1995-1996 was the first season that FIGC introduced names on shirts for Serie A’ games. The second reason is instead that the shirt has the “Uhlsport” logo visible on the neck and it didn’t happen for official season’s games. While Giovanni Cervone was sponsored by Uhlsport he was not allowed to show his personal sponsor on the shirt, so the team’s supplier’s “Asics” logo was sewn above any other logos on goalkeeper’s shirts as you can see on the picture above. Goalkeepers were perhaps allowed to show their personal sponsor’s logos during friendly games, as you can see from the picture below where Giovanni Cervone shows Uhlsport’s logo on chest. 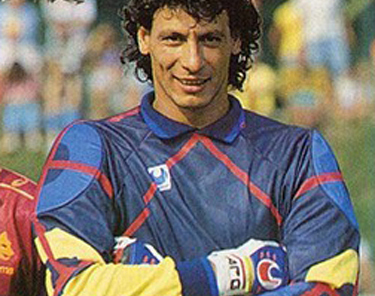 Grosso Grosso2020-05-14T08:23:40+00:00
Page load link
This site uses cookie technology, including third parties' ones. If you want to know more click here. If you access any element of this site outside this banner, you consent to the use of cookies. Ok
Go to Top