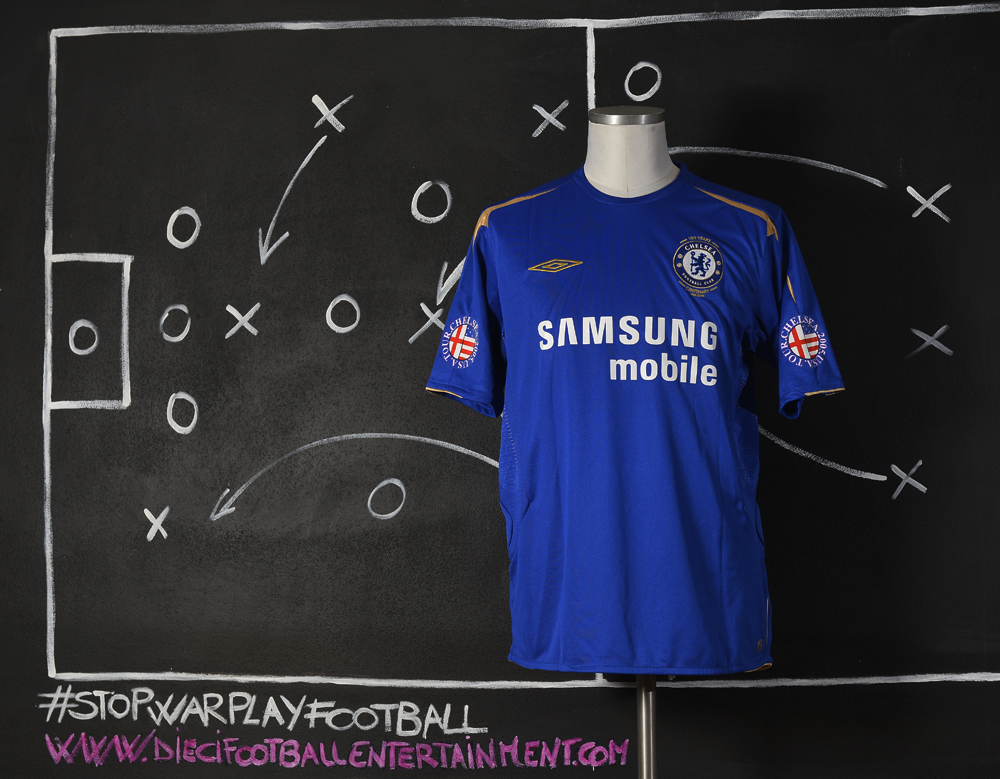 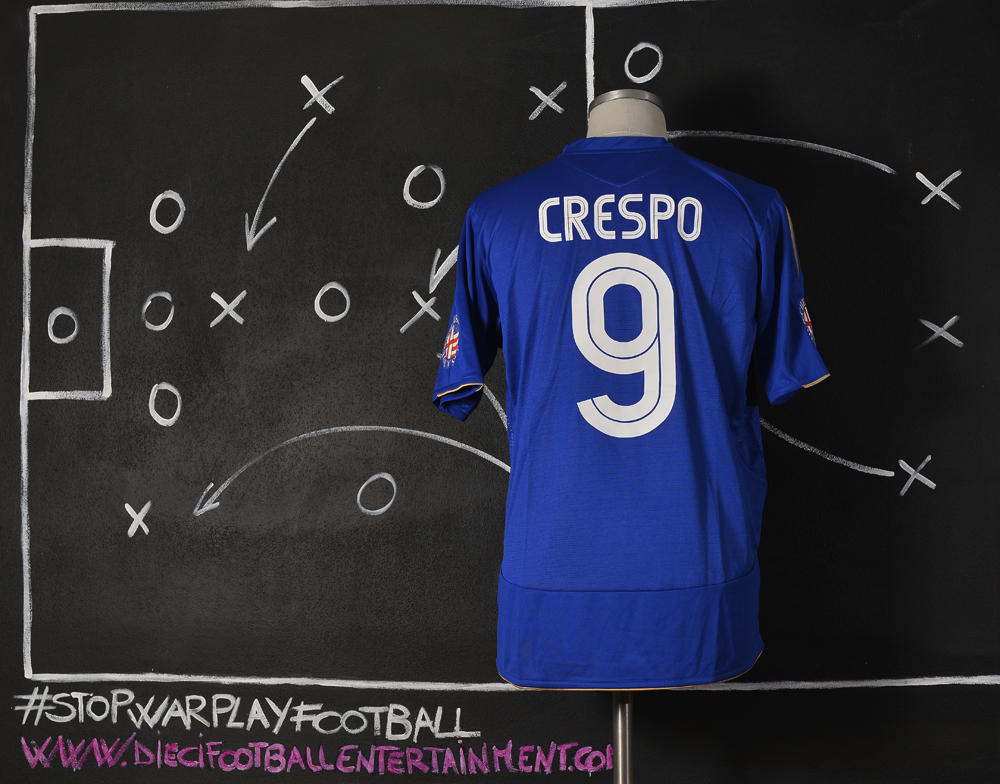 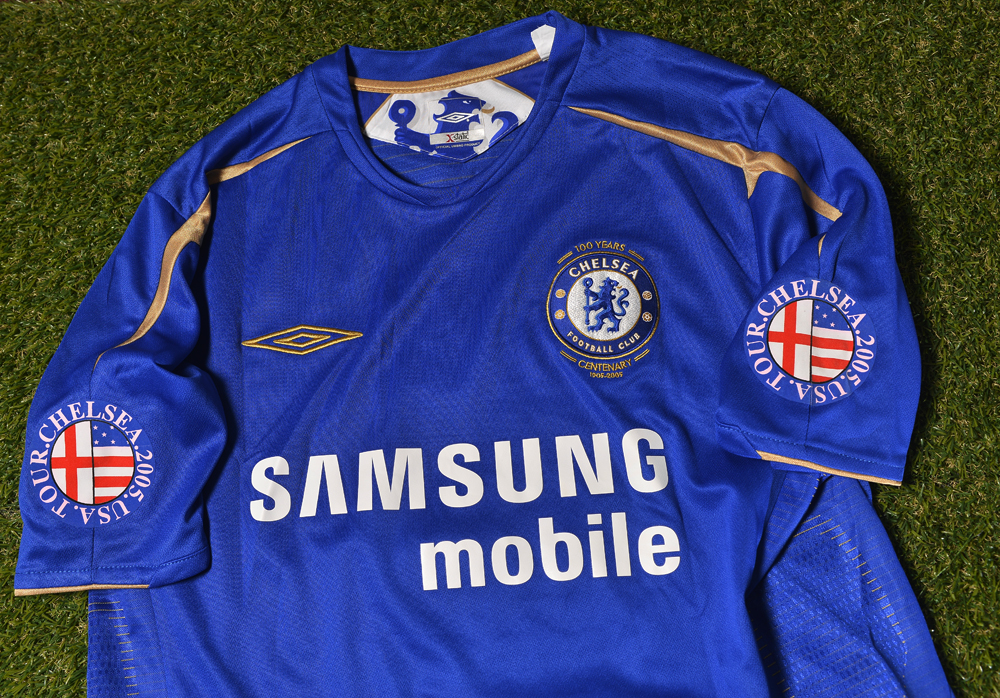 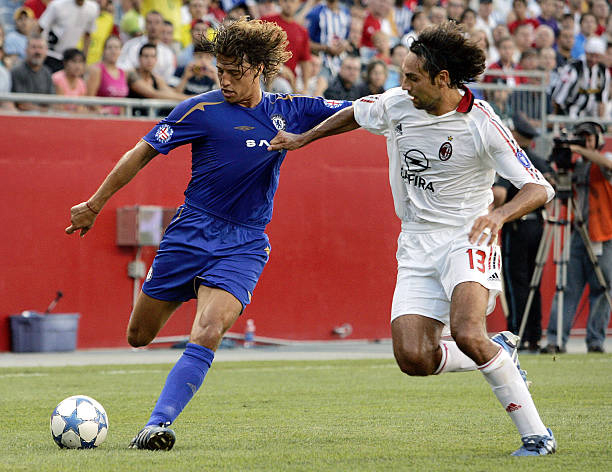 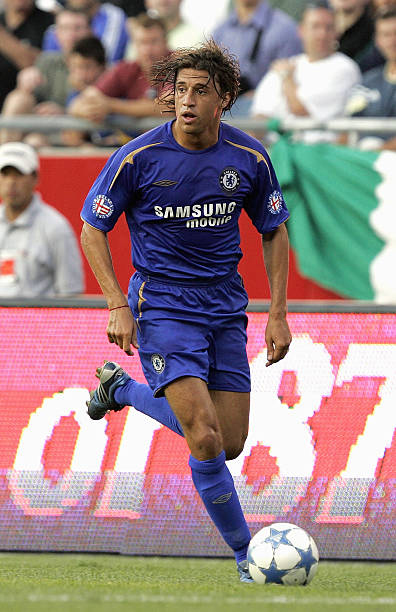 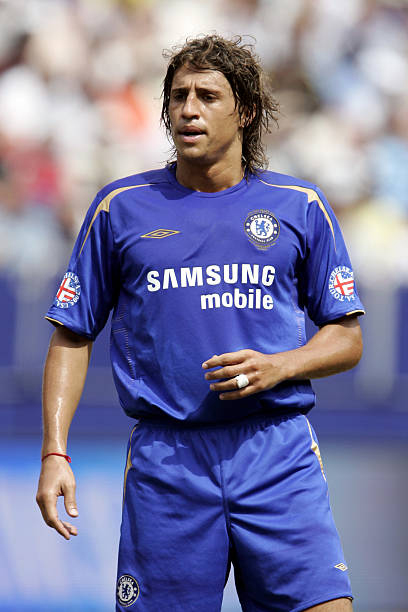 This shirt was worn by Hernan Crespo during the second half of the pre-season “World Series 2005” tournament’s game between A.C.Milan and Chelsea which took place in Foxboro, Massachusetts, Gillette Stadium, on July 24th 2005. The shirt was swapped by Hernan Crespo with an A.C.Milan player who we got it from. This shirt also represents the 100th Anniversary’s shirt of Chelsea which took place in 2005. In summer 2005, after Chelsea’s failed attempts to land a big-name striker, Mourinho needed competition for striker Didier Drogba and decided to recall Crespo from A.C. Milan, convincing him that he had a future in England. Crespo made his first return appearance in a 2–1 FA Community Shield win over Arsenal. He scored his first league goal of 2005 against newly promoted Wigan Athletic in the 93rd minute of Chelsea’s season opener in a 1–0 win, with a left foot curler into the top corner from 25 yards. The 2005–06 league title was Crespo’s first league title victory in European football. 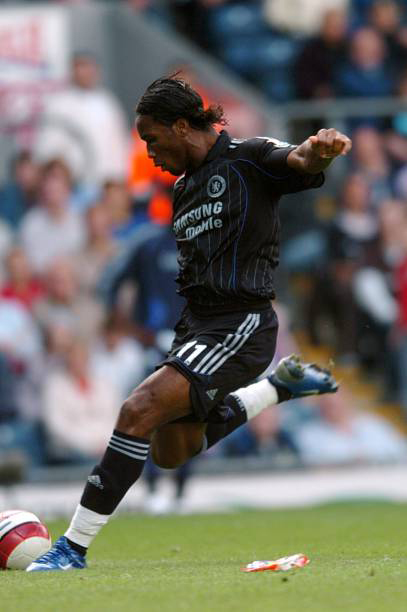 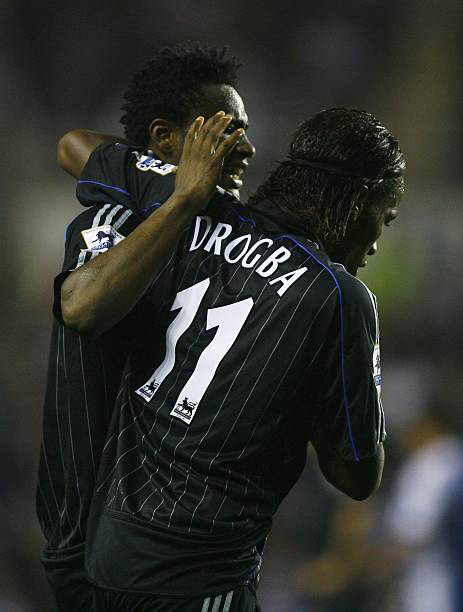 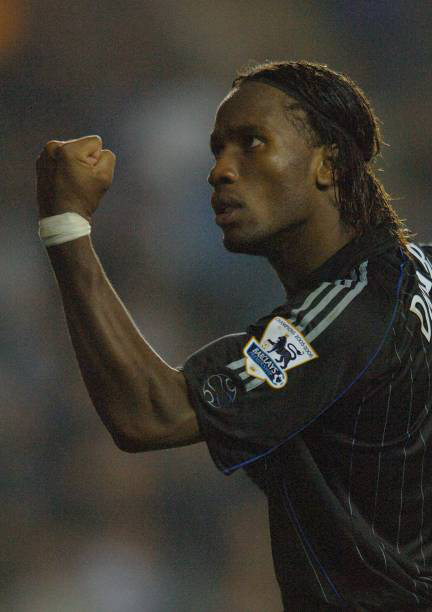 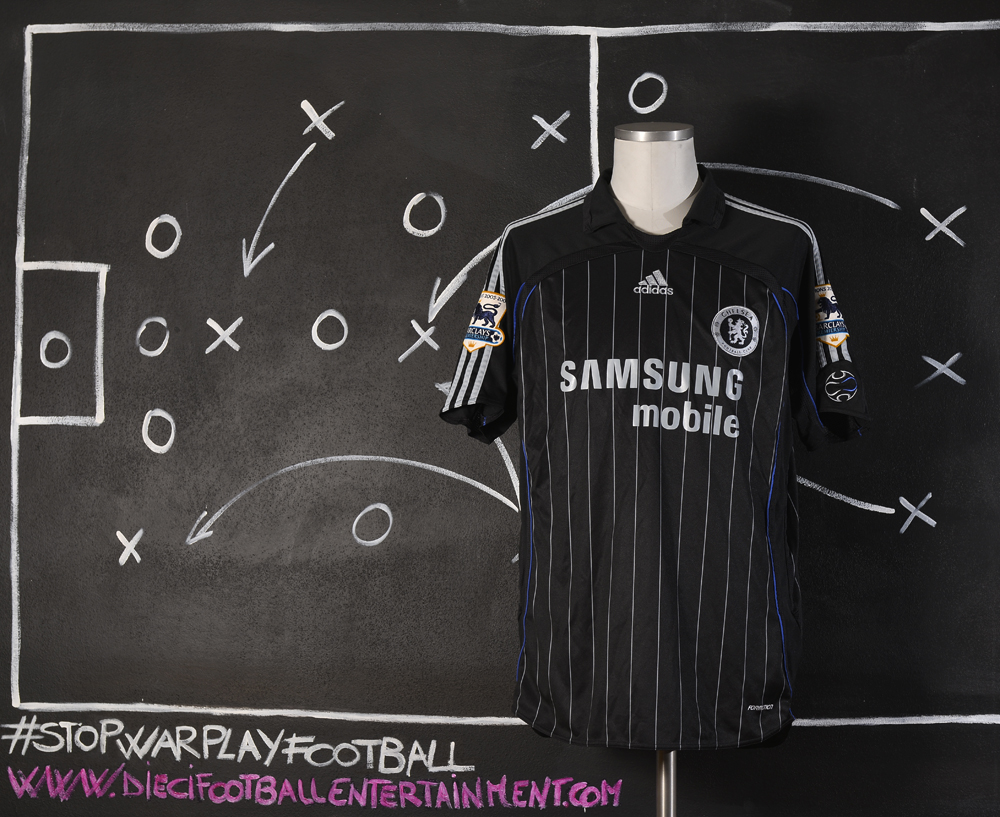 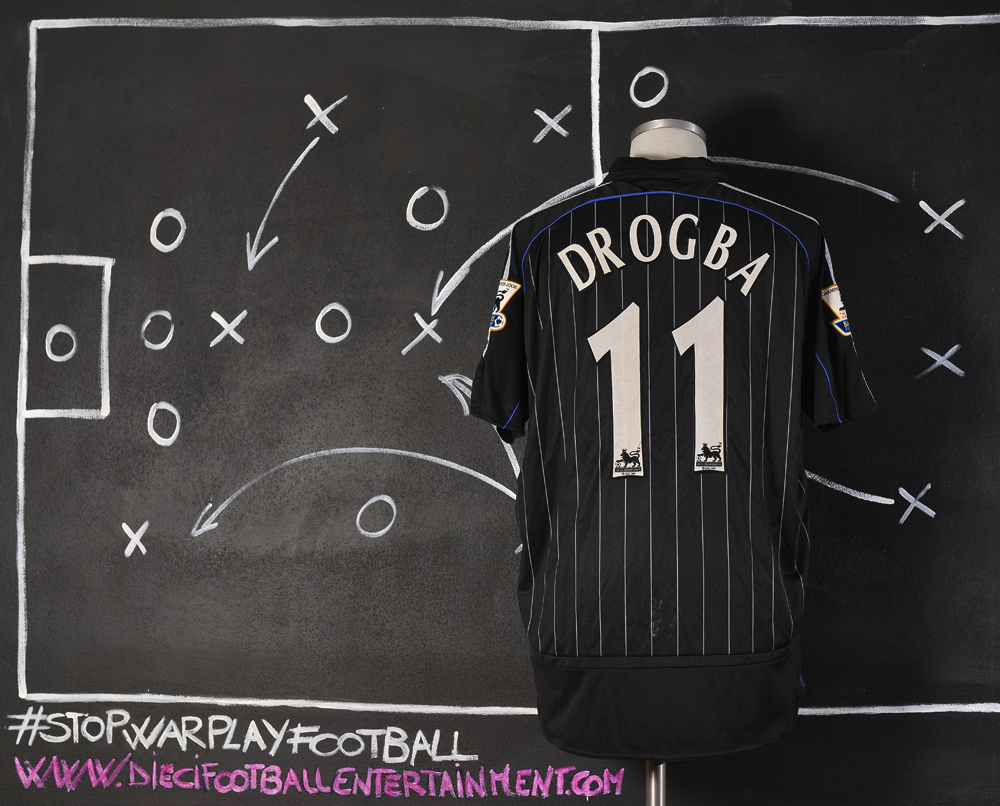 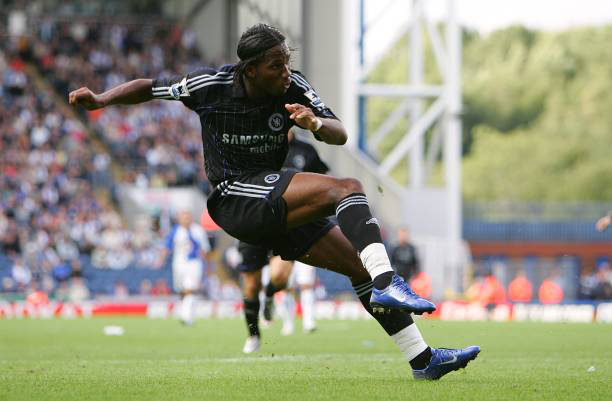 After the departure of Damien Duff to Newcastle United, Drogba switched from the number 15 shirt he had worn for Chelsea since 2004 to the number 11 shirt vacated by Duff. The season was a personal success for Drogba as he hit 33 goals in all competitions (more than his tally in the previous two seasons combined), including 20 in the Premier League to win the Golden Boot. In doing so, he became the first Chelsea player since Kerry Dixon in 1984–85 to reach 30 goals in a season, scoring 20 in the Premier League, six in the Champions League, three in the FA Cup and four in the League Cup. Among the highlights were scoring game-winners from outside the penalty area against Liverpool, Everton and Barcelona, a 93rd-minute equaliser against Barcelona at the Camp Nou and both Chelsea’s goals in their 2–1 League Cup final win over Arsenal. He also completed two hat-tricks; one against Watford and the other against Levski Sofia in the Champions League, Chelsea’s first hat-trick in European competition since Gianluca Vialli in the Cup Winners’ Cup in 1997. In his last competitive game that season, he scored the winning goal over Manchester United in the first FA Cup final at the new Wembley Stadium. This also meant that he joined Norman Whiteside (Manchester United in 1983) and Mark Hughes (Manchester United in 1994) as players who have scored goals in both English domestic finals in the same year, although Drogba was the first player to end up on the winning team after scoring in both finals. In January 2007, Drogba was named the Ivorian Player of the Year, ahead of Kader Keïta, Aruna Dindane, and Kolo Touré. In March, he was named African Footballer of the Year for the first time, ahead of Samuel Eto’o and Chelsea teammate Michael Essien. His performances during the season saw him named in the PFA Premier League Team of the Year and runner-up to Cristiano Ronaldo in the PFA Player of the Year awards. Drogba faced problems off the pitch during the end of the season as his transfer from Marseille to Chelsea in July 2004 came under scrutiny. The Stevens inquiry in June 2007 expressed concerns because of the lack of co-operation from agents Pinhas Zahavi and Barry Silkman. 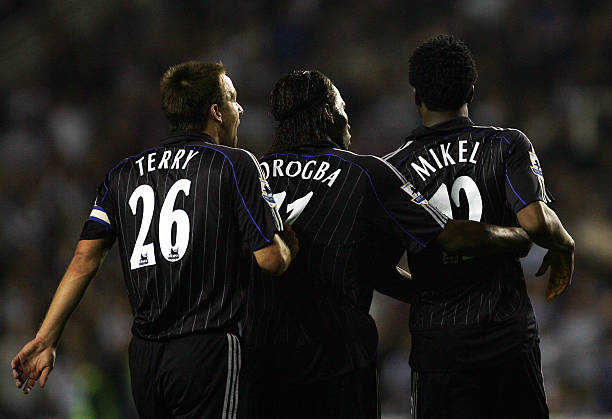 Grosso Grosso2021-04-29T09:02:25+00:00
Page load link
This site uses cookie technology, including third parties' ones. If you want to know more click here. If you access any element of this site outside this banner, you consent to the use of cookies. Ok
Go to Top