Enrico Chiesa is an Italian football former striker. A prolific goalscorer, Chiesa played for several Italian clubs throughout his career, and performed regularly in Serie A for over a decade, winning titles with Sampdoria, Parma, and Fiorentina; he later also had spells with Lazio and Siena, before retiring with Figline in 2010, the club with which he subsequently began his coaching career. He won the 1998–99 UEFA Cup with Parma, finishing the tournament as the top scorer, with 8 goals. At international level, he represented the Italy national football team on 22 occasions between 1996 and 2001, scoring 7 goals, and was also part of the Italian squads that took part at UEFA Euro 1996 and the 1998 FIFA World Cup. 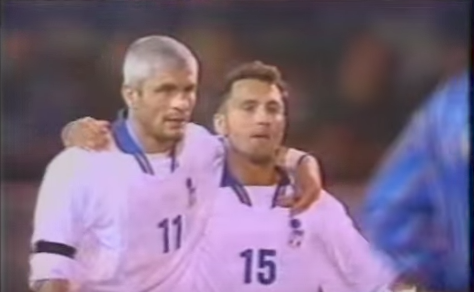 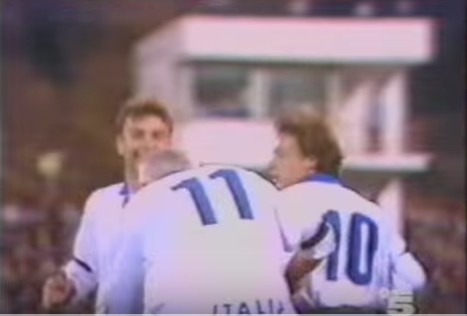 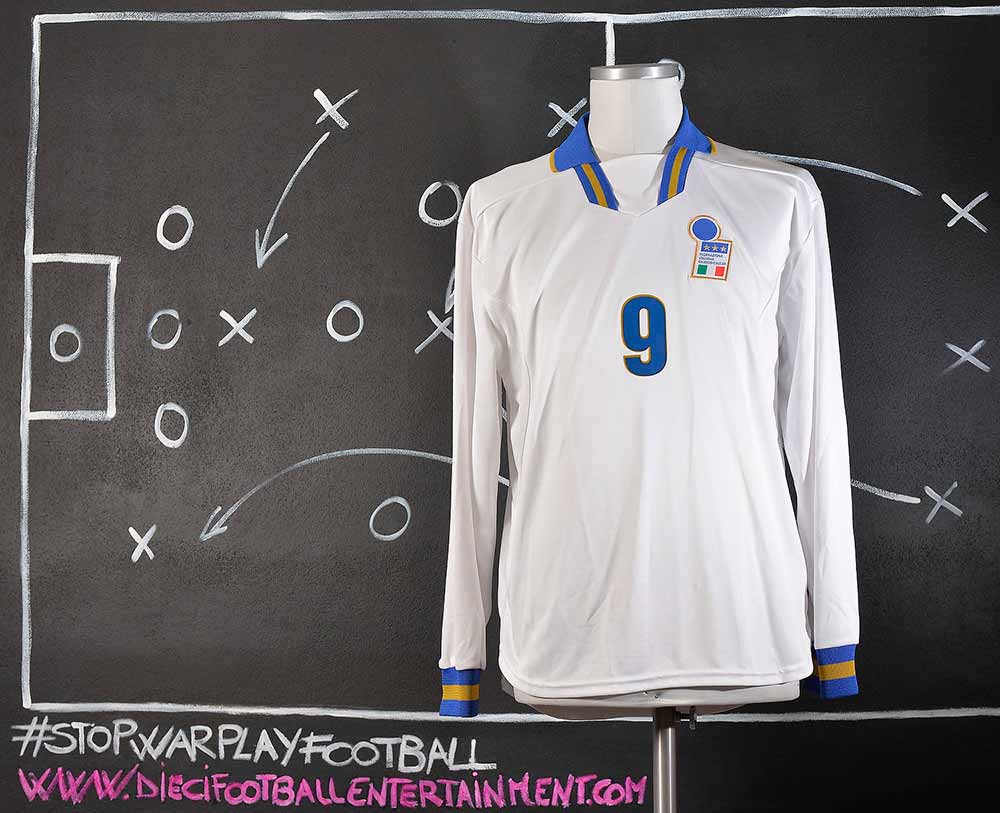 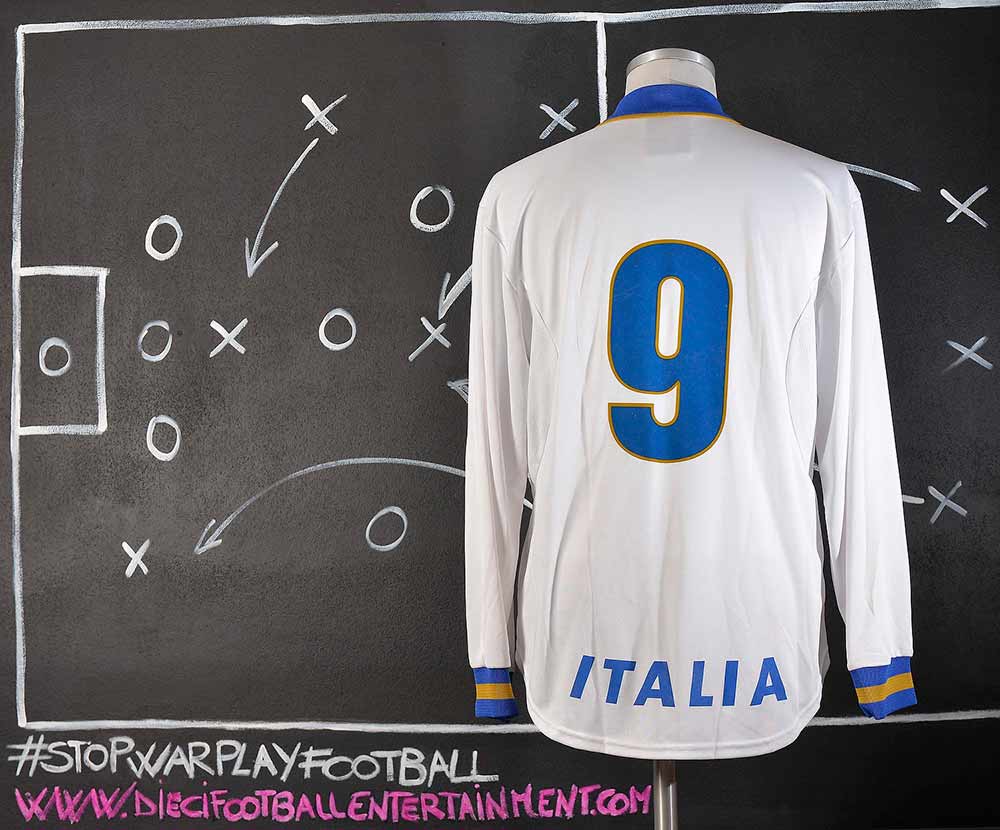 Chiesa played for the Italian team from 1996 to 2001, collecting a total of 22 caps with 7 goals. Chiesa made his senior international debut in a 2–2 friendly draw against Belgium on 29 May 1996 in Cremona, marking the occasion with a goal. He was subsequently selected by manager Arrigo Sacchi to play for Italy at the UEFA Euro 1996 tournament later that year, ahead of other established strikers such as Roberto Baggio, Gianluca Vialli, and Giuseppe Signori. Chiesa appeared in two group stage matches, the first in a 2–1 defeat against the Czech Republic, where he scored Italy’s only goal of the match, and the second in a 0–0 draw against Germany, as Italy were eliminated in the first round. He also was called up to the 1998 FIFA World Cup by manager Cesare Maldini as a replacement for Fabrizio Ravanelli. He appeared in Italy’s opening group match of the 1998 World Cup, which ended in a 2–2 draw against Chile, also appearing as a substitute in the 1–0 victory in the round of 16 match against Norway. Italy were eliminated in the quarter finals on penalties by hosts and eventual champions France. Under manager Dino Zoff, Chiesa appeared in Italy’s 6–2 friendly win over the FIFA World Stars on 16 December 1998, organised to commemorate the centenary of the Italian Football Federation, scoring a hat-trick. He also scored a goal in a 4–0 victory over Wales in a European qualifying match in Bologna, on 5 June 1999. He made his final appearance for Italy under Giovanni Trapattoni, in Italy’s 1–0 friendly win over South Africa in Perugia, on 25 April 2001. Alongside Alessandro Del Piero, Chiesa holds the unique record for the most goals scored by an Italian international coming off the bench . Chiesa is currently the last player to manage 2 goals in his first two Italy appearances.

A prolific goalscorer, Chiesa was considered one of the most exciting and dynamic strikers in Italy during the mid-’90s. A quick, strong, hardworking, and elegant player, he was mainly deployed in a central role as a main striker throughout his career, but he could also play off of another forward as a supporting forward or on the wing, due to his vision, versatility, good technique, and tactical intelligence. Possessing pace, good offensive movement, and a powerful and accurate shot with either foot, he excelled during counter-attacks, and was known for his ability to make attacking runs into the area, and quickly strike the ball first time while on the run; he was also equally known for his ability to score with powerful strikes from free-kicks. Fabio Capello described him as a complete forward, and a cross between Gigi Riva and Paolo Rossi, due to his opportunism, anticipation, and excellent striking ability, which enabled him to excel acrobatically in the air, and execute spectacular volleys. In addition to his goalscoring ability as a footballer, he was also known for his dedication, professionalism and his correct behaviour on the pitch, although, despite his reputation, his career was affected by several injuries. After several great seasons with Siena, despite a very poor 2006–07 season in which Chiesa was not able to score a single goal in Serie A, he was backed by the club and new trainer Andrea Mandorlini, who explicitly stated that he felt that Chiesa was still important to the team, and that he expected at least 15 goals from him in their 2007–08 Serie A campaign. However, he played only twice, scoring no goals once again, before he was signed by Figline of the Lega Pro Second Division. He scored five goals with Figline, thus giving his contribution to the team’s promotion to the Lega Pro Prima Divisione. In the following season, his last as a footballer, he played a limited number of games due to suffering a fractured leg, an injury which forced him to stay out of contention for most of the season. In June 2010 it was announced that Chiesa was appointed the new head coach of Figline for the 2010–11 season. The experience however lasted a very short time, as Figline was excluded from the Italian leagues in July. Chiesa’s son, Federico, is also a footballer, who currently plays as a forward and it looks like he is gonna be a talented player for the near future. 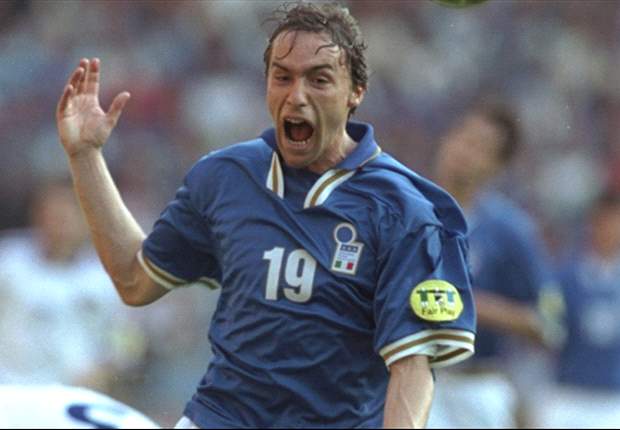 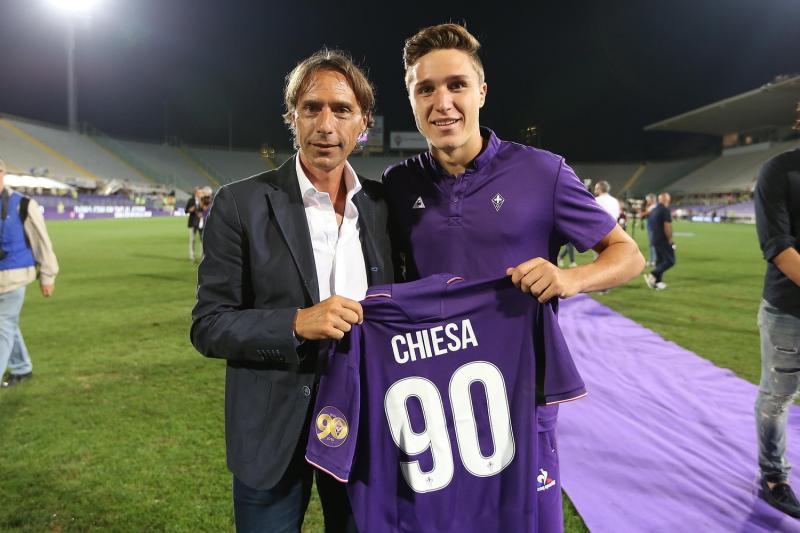 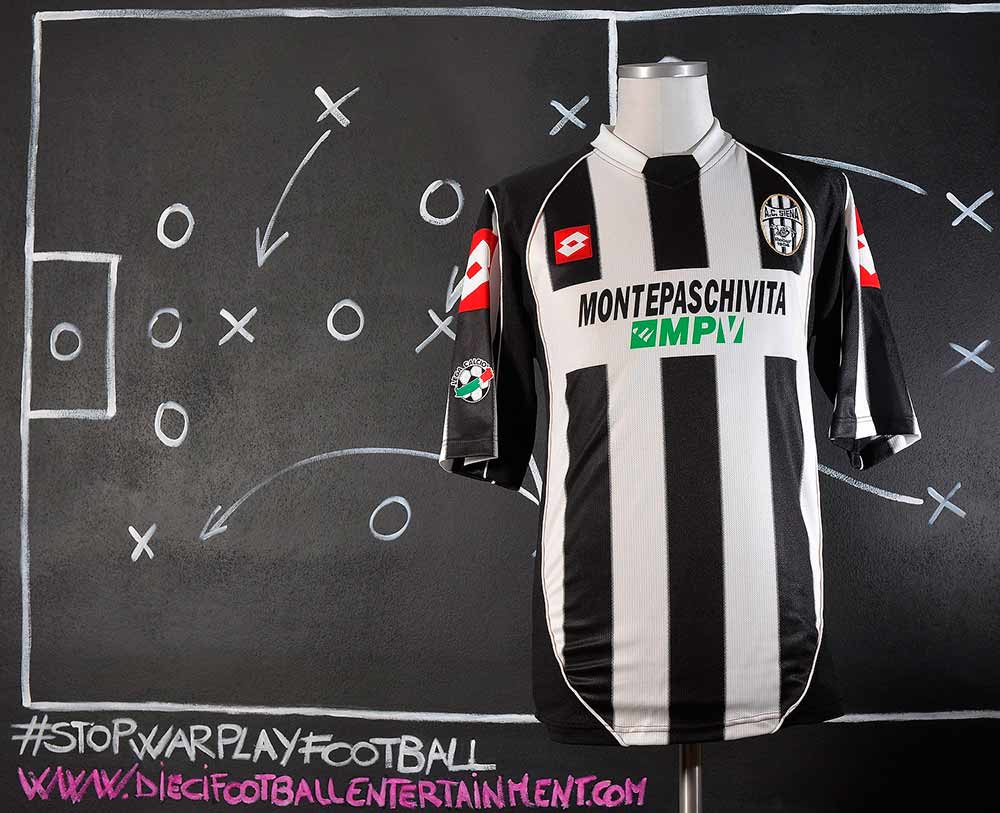 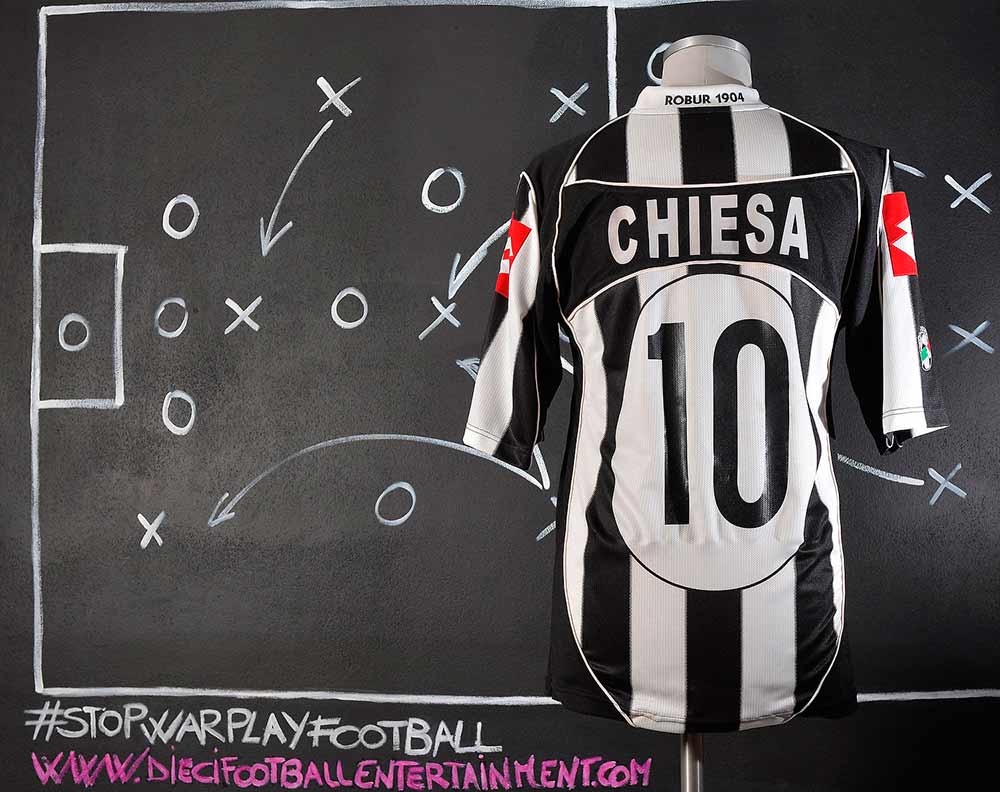 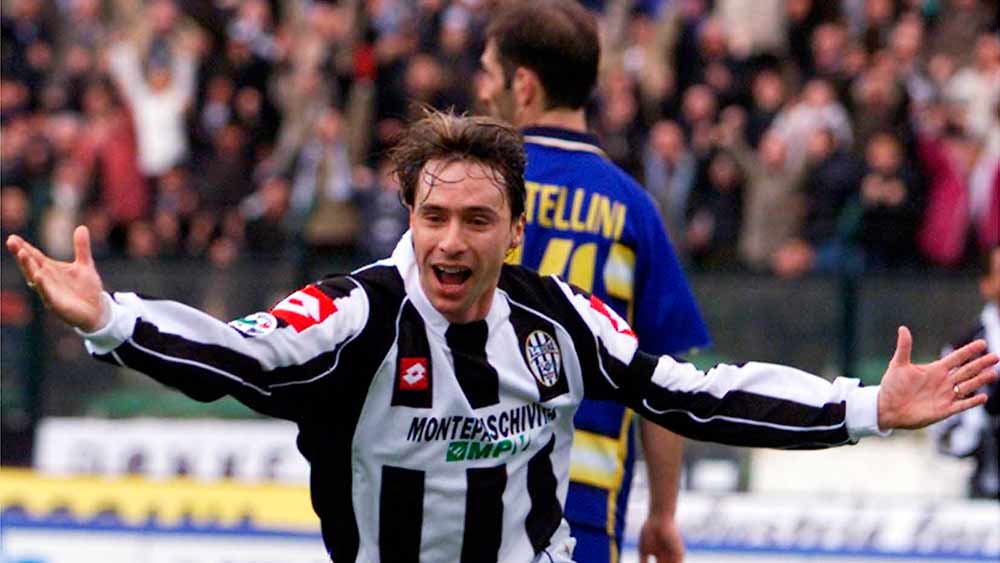 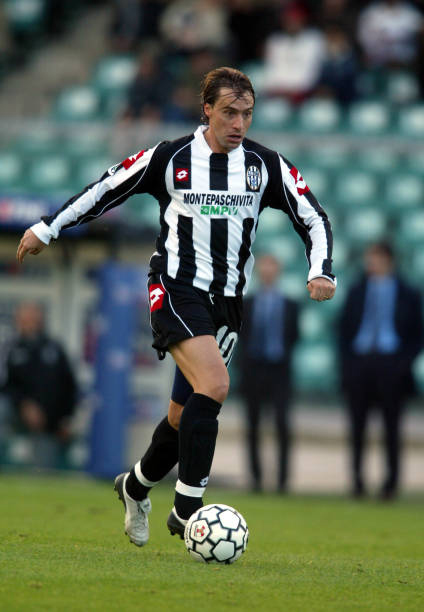 The 2003-2004 was the first Serie A season in the club’s history. Siena finished in a respectable 13th place. In 2003/2004 Enrico Chiesa joined Siena, where he became a fan favourite and a key player in the club’s Serie A history, impressively reaching double scoring figures in Serie A during his first three seasons at the club. In the 2003-2004 he was the team top scorer with 10 goals.

Grosso Grosso2020-04-24T04:58:27+00:00
Page load link
This site uses cookie technology, including third parties' ones. If you want to know more click here. If you access any element of this site outside this banner, you consent to the use of cookies. Ok
Go to Top