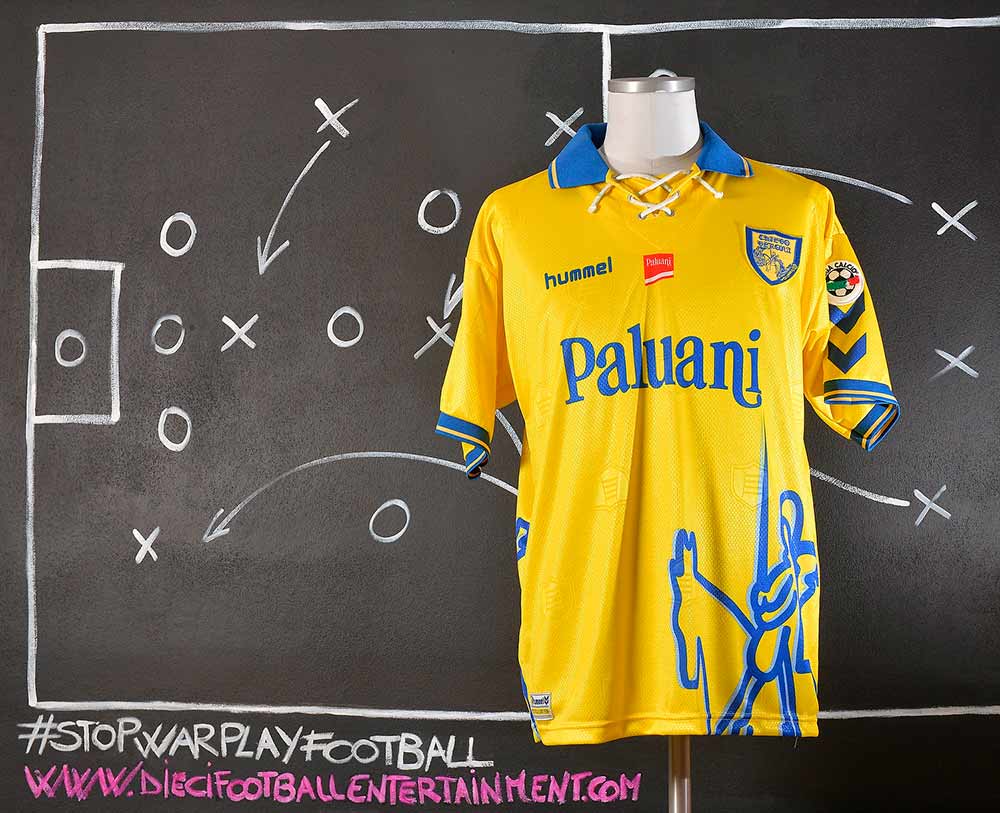 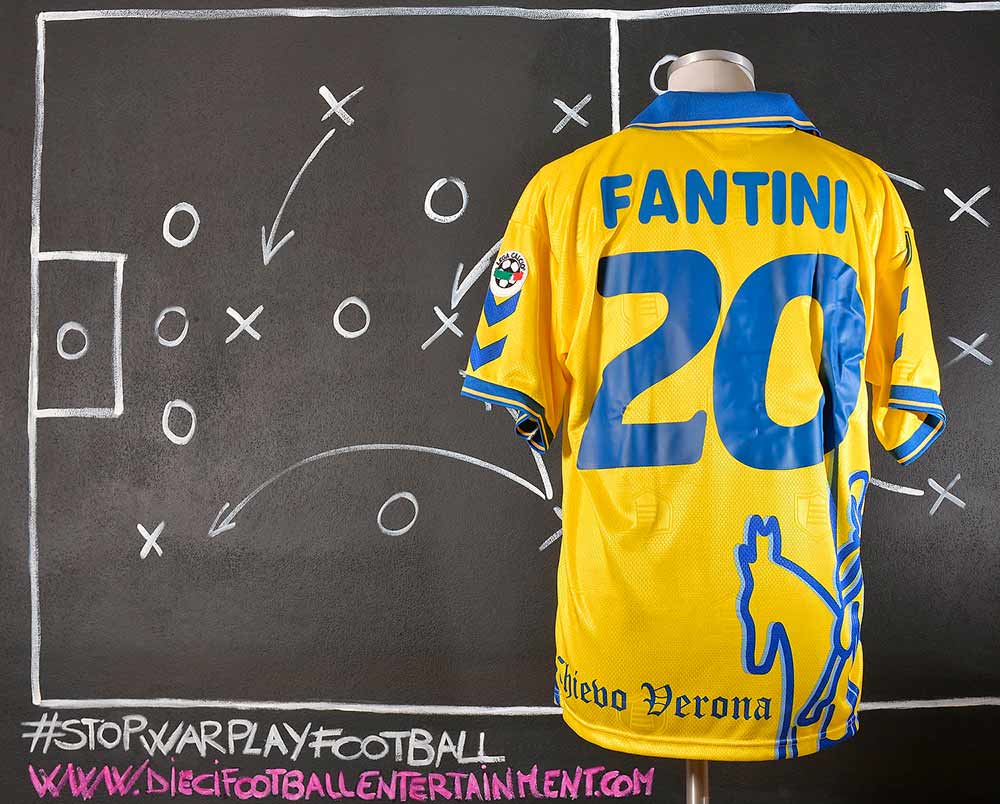 2000-2001 was the most important season in club’t history. Luigi Delneri was signed as coach and led Chievo, by virtue of its third-place finish in Serie B, to promotion to Serie A, the first time in team history that it had reached the top tier of Italian football. 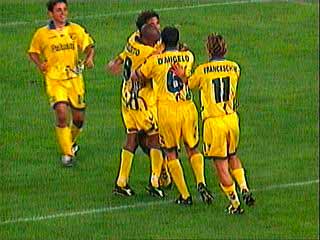 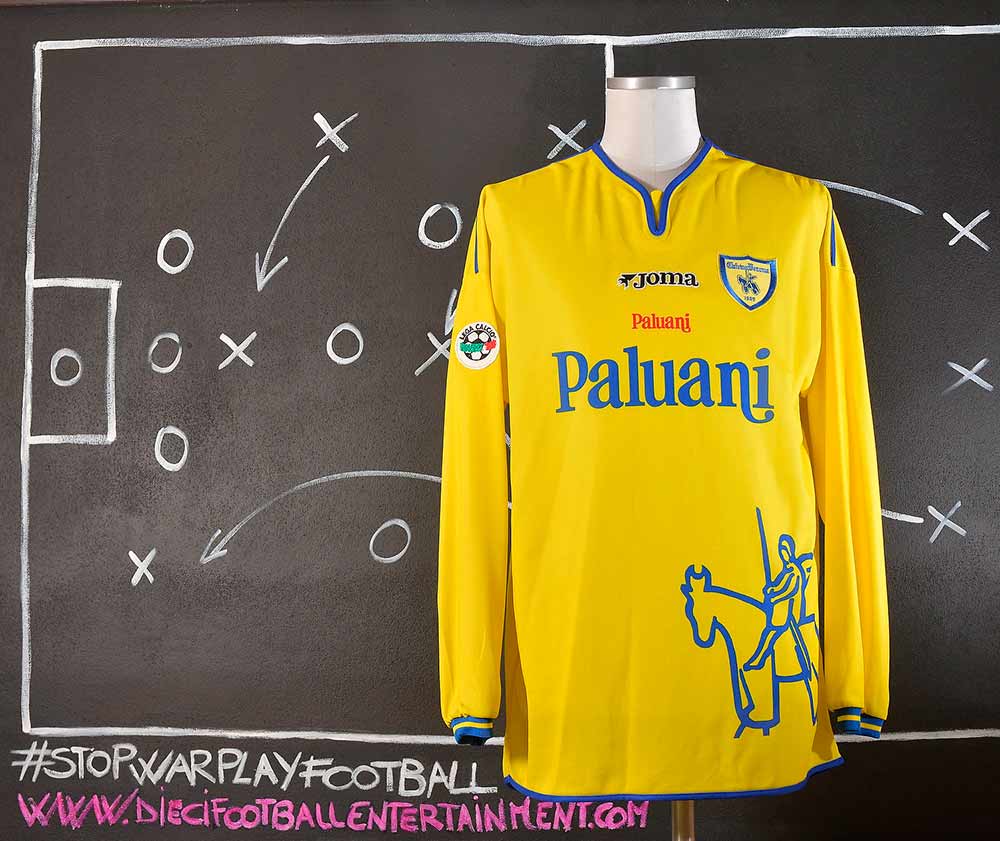 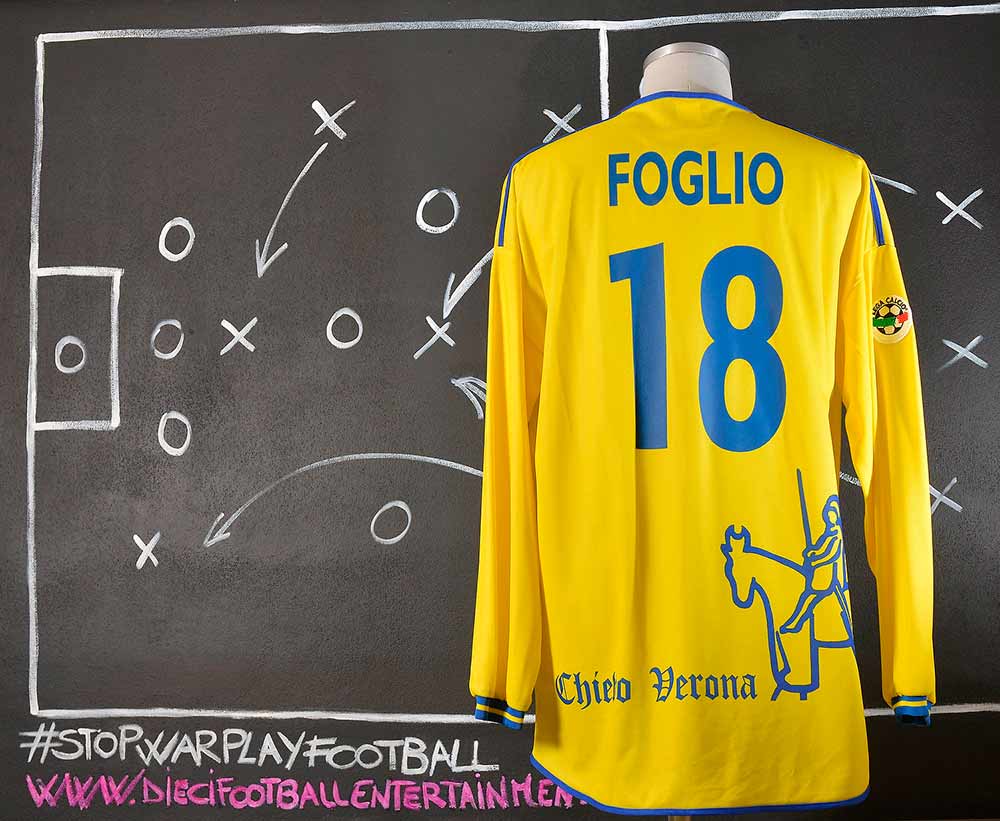 A.C. ChievoVerona contested its first ever Serie A campaign in the 2001–02 season. The club was widely expected to be relegated immediately to Serie B, following a surprising promotion in 2001. Coach Luigi Delneri played a 4–4–2 formation with extremely offensive wingers in the shape of Eriberto and Christian Manfredini. The entire team surpassed expectations, and for six weeks during the autumn Chievo lead serie A. In the end the form dropped off a bit, but Chievo almost qualified for the UEFA Champions League, and thus failed to achieve that sensation. Its players became seriously attractive on the market, but only Manfredini and target man Bernardo Corradi actually left the club, both joining Lazio prior to the 2002–03 season. 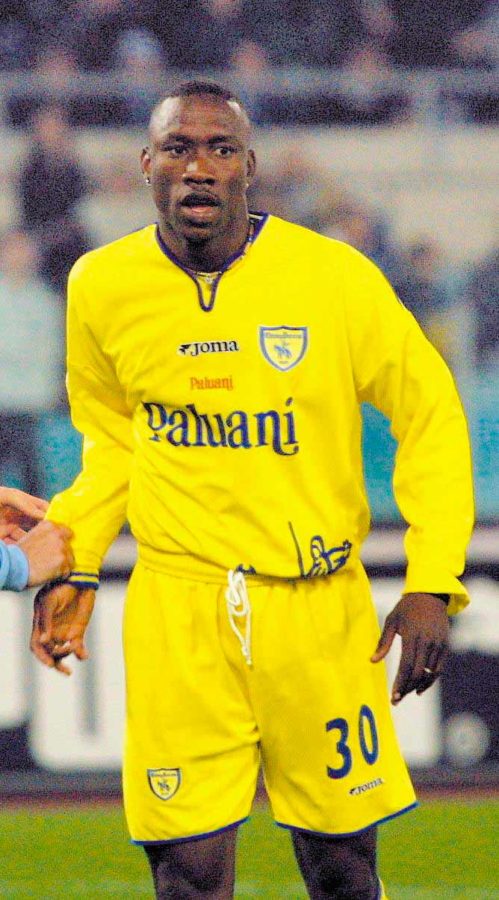 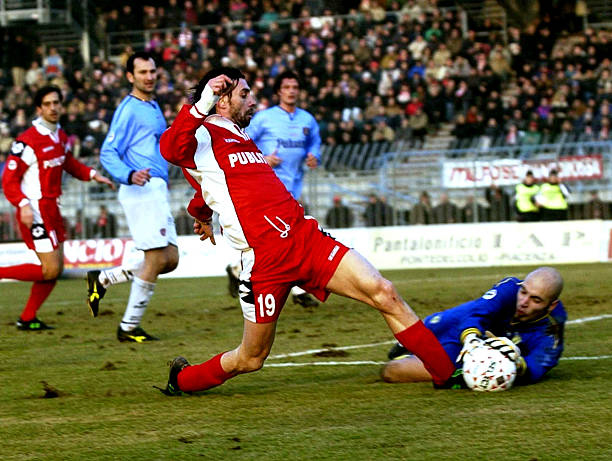 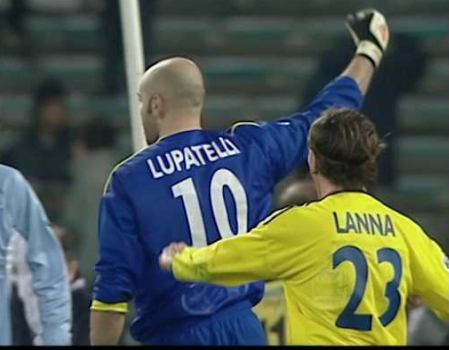 Lupatelli moved from Roma to Chievo for 3 billion Italian lire in a co-ownership deal in 2002. In the 2003–04 season, he returned to Roma for €0.9million as the backup of Ivan Pelizzoli. He played with Chievo with number 10 on the back. That was the first time that a professional goalkeeper played with number 10 on his shirt. 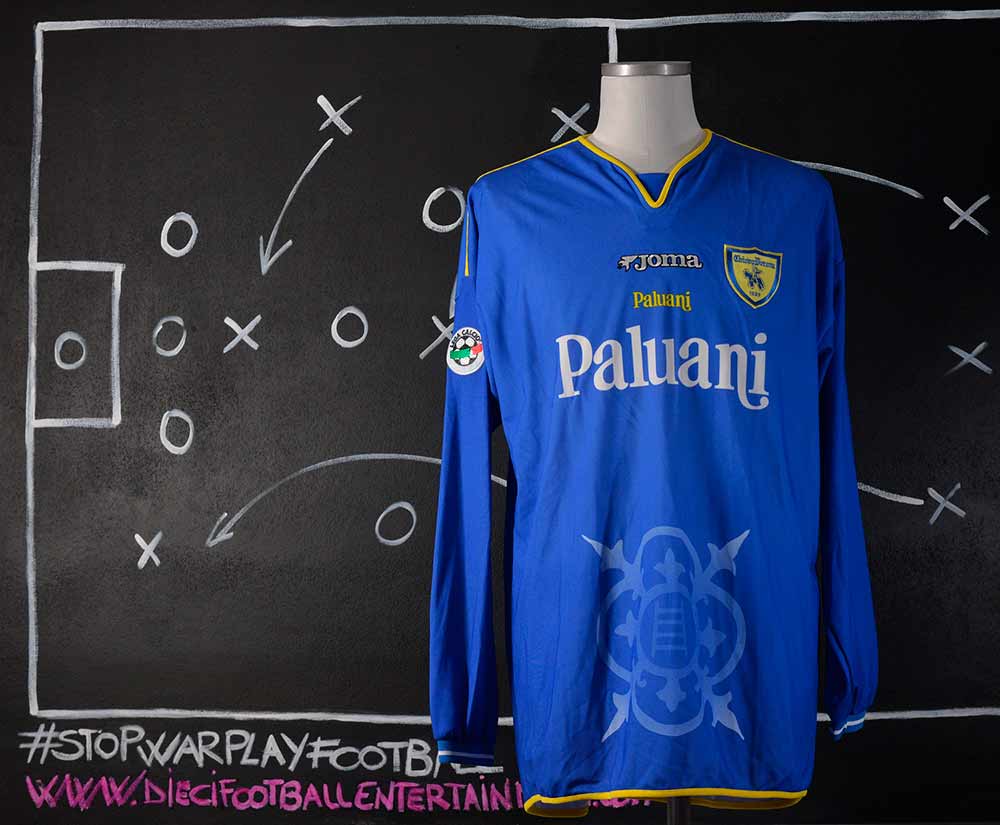 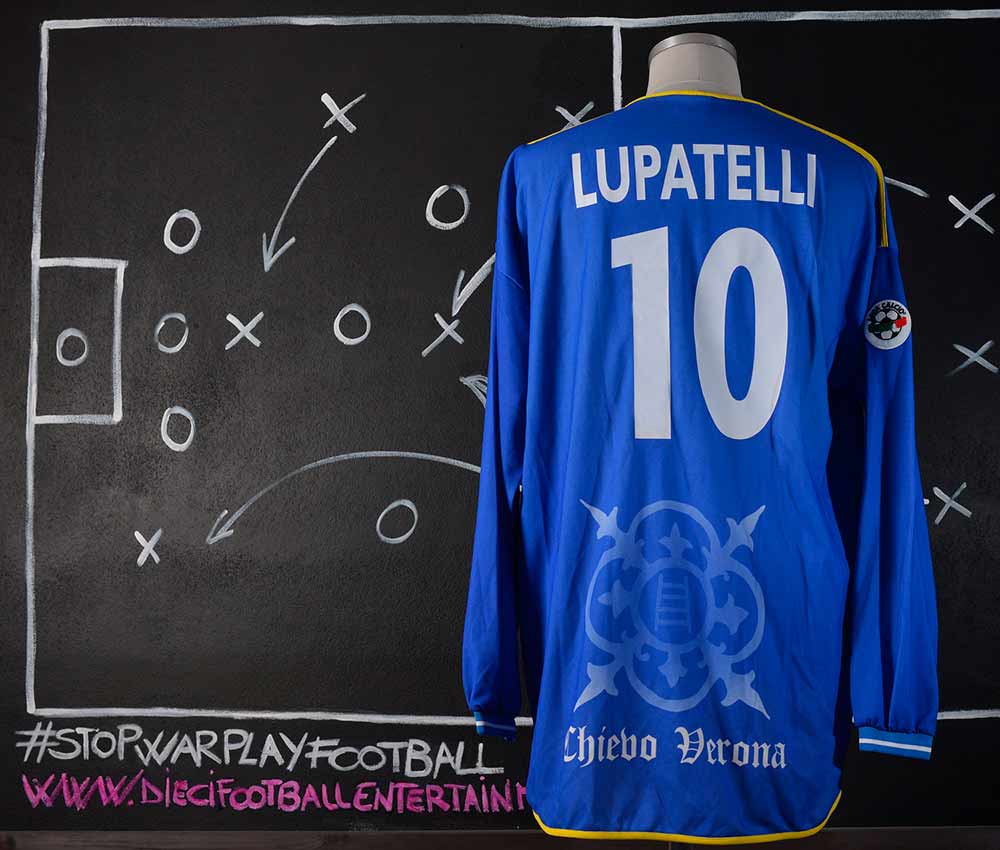 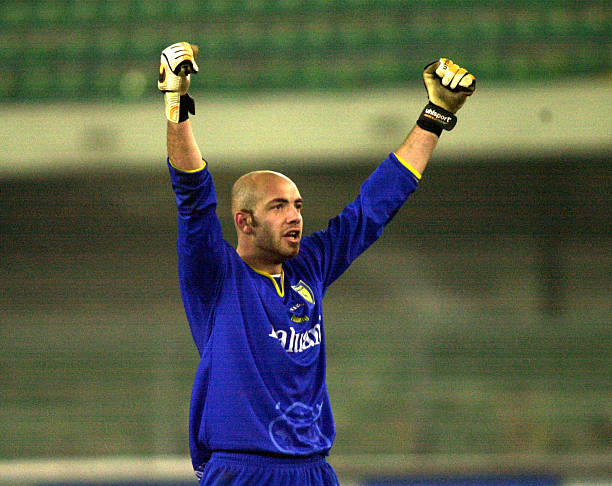 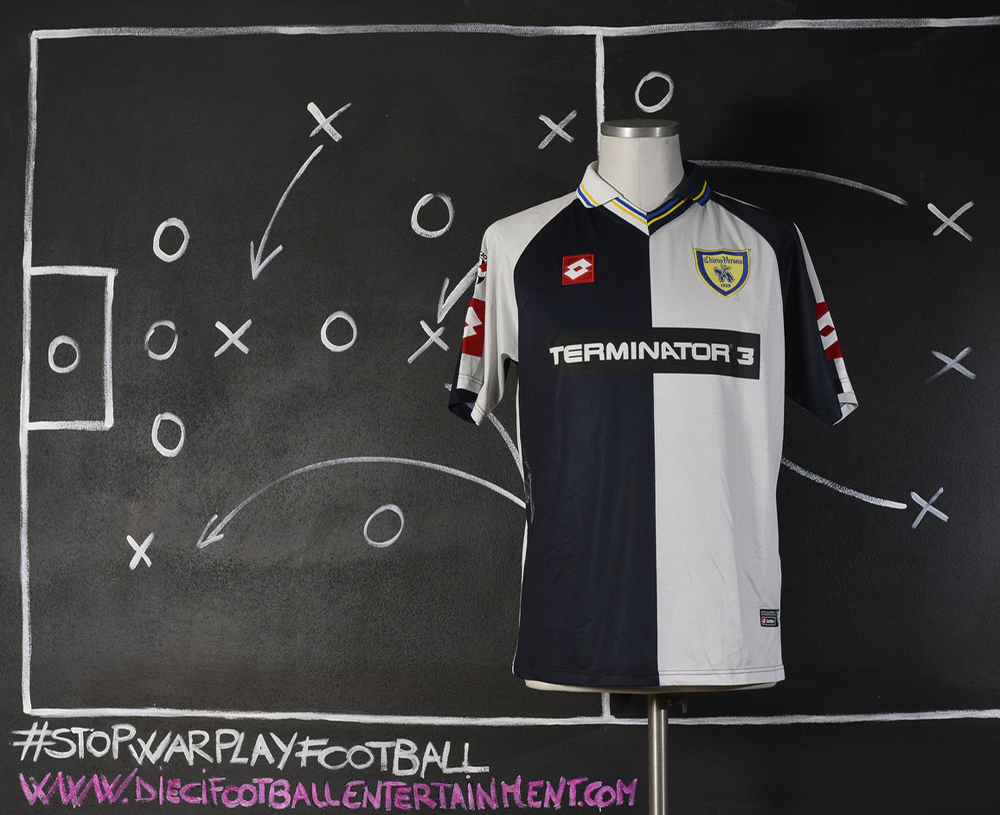 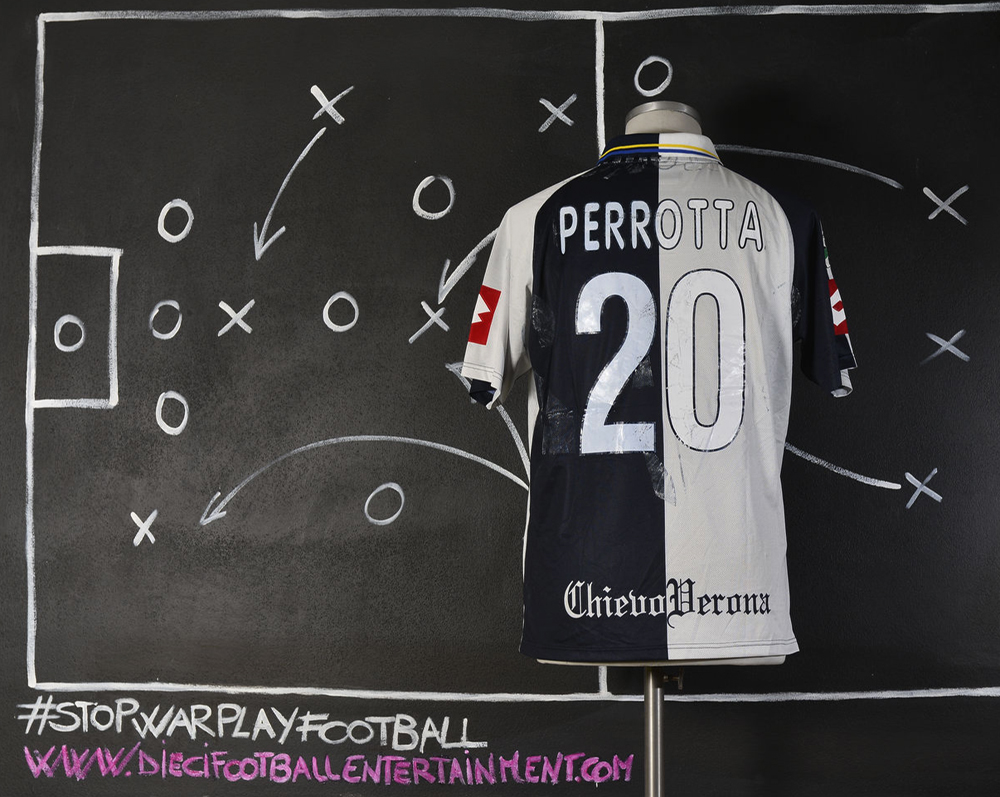 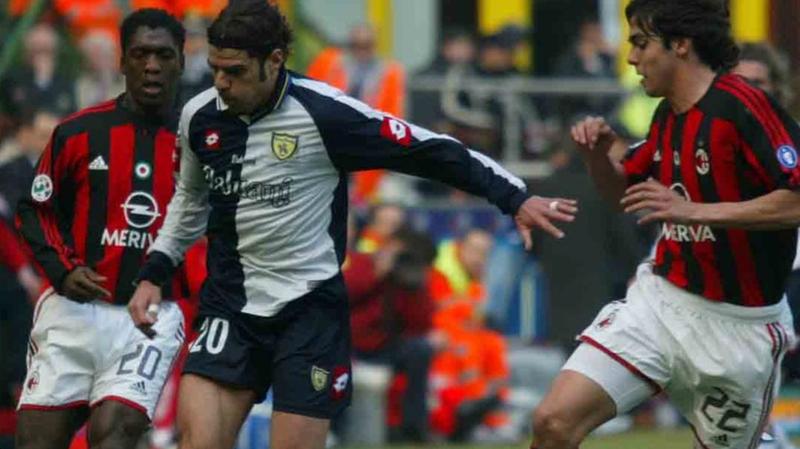 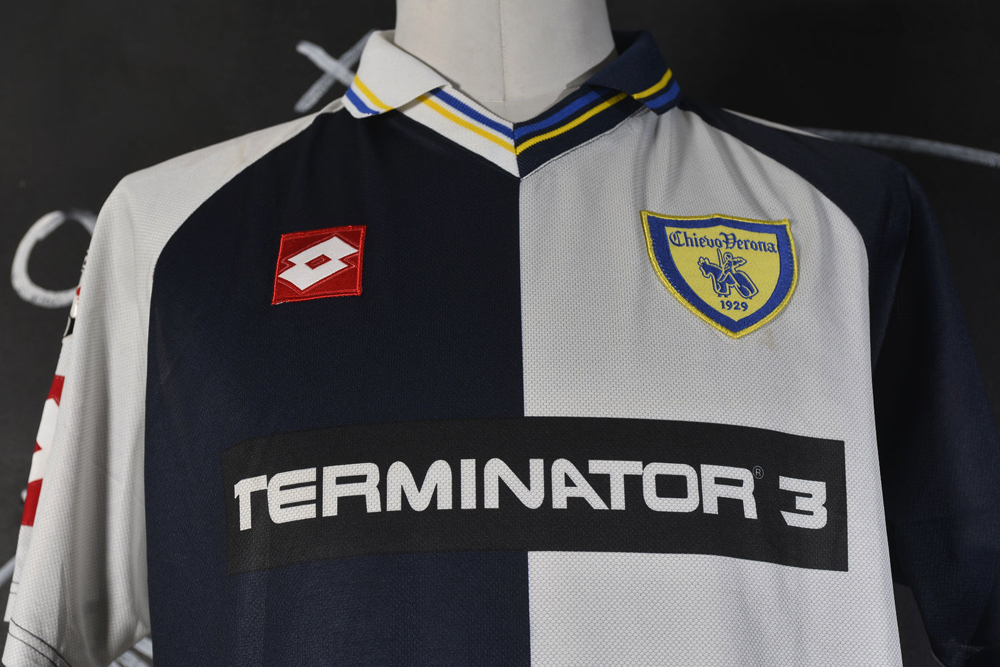 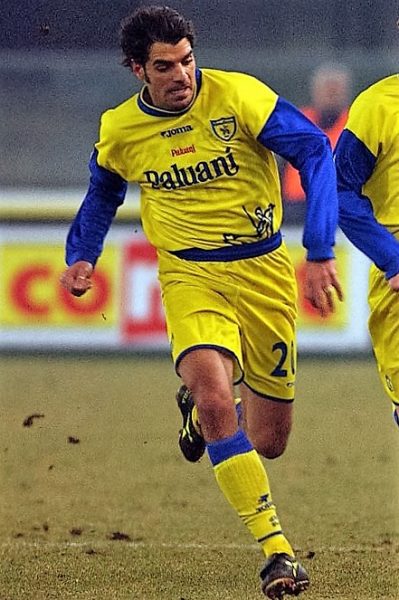 This shirt was worn by Simone Perrotta during the Serie A game between Lecce and Chievo which took place in Lecce, “Ettore Giardiniero – Via Del Mare” Stadium, on September 21st 2003. Chievo defeated Lecce 2-1. This is a very special shirt because the “TERMINATOR 3” sponsor was only used by the team in two games. Once on home kit against Juventus and once on away kit against Lecce. This sponsor is part of the partnership agreement’s between Chievo Verona A.C. and “Columbia TriStar Films Italia” entertainment company. This was the first time that an Italian professional football team got a movie’s sponsor on chest. Few other movies were then printed on Chievo’s shirts including “Bad Boys II”, “The Forgotten” and “Anaconda”. At the start of 2001–02 Serie A, following Bari’s relegation from the Serie A, he was shipped to Chievo, where he remained for three seasons, and made a name for himself as one of Italy’s best midfielders. Alongside Eugenio Corini, he was a mainstay in the midfield of a surprising newly promoted Chievo squad that was first place at the winter break, and finished the season in fifth place under manager Luigi Delneri, qualifying for the UEFA Cup. He even provided the winning assist in their famous victory over Internazionale that season. Despite his consistent performances, his next two seasons at the club were less successful, due to the departure of several key players, as Chievo finished seventh in Serie A during the 2002–03 season, and ninth in Serie A during the 2003–04 season.

Grosso Grosso2020-06-08T07:48:03+00:00
Page load link
This site uses cookie technology, including third parties' ones. If you want to know more click here. If you access any element of this site outside this banner, you consent to the use of cookies. Ok
Go to Top