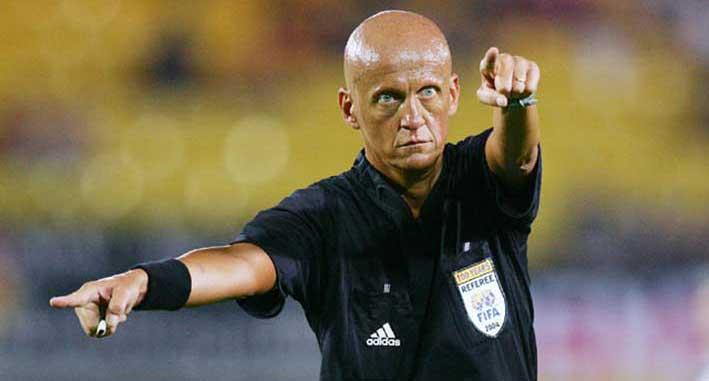 Pierluigi Collina is an Italian former football referee. He was named FIFA’s “Best Referee of the Year” six consecutive times and is widely considered to be the greatest football referee of all time. Collina is still involved in football, as an unpaid consultant to the Italian Football Referees Association (AIA), as the Head of Referees for the Football Federation of Ukraine since 2010, and as a member of the UEFA Referees Committee. 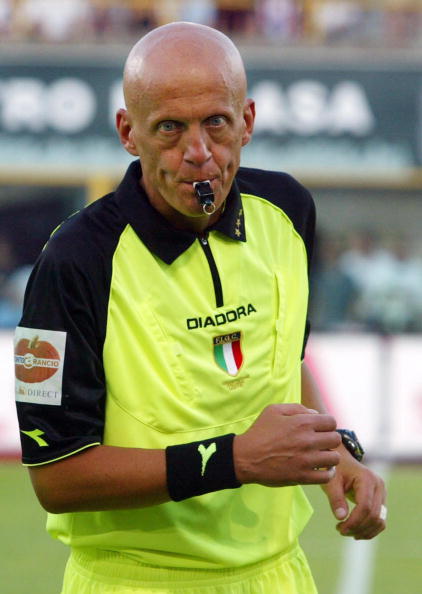 In 1988, Collina met his future wife Gianna in Versilia. After living together almost from their meeting, they moved to the coastal town of Viareggio. Since the wedding, the couple have had two daughters. In 2003, Collina published his autobiography, My Rules of the Game (Le Mie Regole del Gioco). In August 2005, after his retirement, he concentrated on his own business, as a financial advisor. Today he lives in Forte dei Marmi. Since he was the main referee of the Second Round match between Japan and Turkey at the 2002 FIFA World Cup, he became famous in Japan, and appeared in a television advert for frozen takoyaki products. He is also very popular in Turkey, as no Turkish team, national or club, lost a game with him in charge. In July 2002, he appeared in cartoon form in George Michael’s video “Shoot the Dog”, where he was shown giving the red card to Tony Blair, the then Prime Minister of the United Kingdom. “Shoot the Dog” was animated by 2DTV, a satirical animated television show. Collina was chosen as the cover figure for the Konami video games Pro Evolution Soccer 3 and Pro Evolution Soccer 4, appearing alongside compatriot Francesco Totti and Thierry Henry for the latter. This was unusual, as football games had come to almost exclusively feature only players and managers on their covers, and he did not feature in either game. In addition, he featured as an “unlockable” referee in the rival EA Sports game FIFA Football 2005, released shortly before Pro Evolution Soccer 4. In September 2005, Collina appeared in a television advert for the Vauxhall Vectra. In 2006, Collina appeared in another television advert, this time for MB Pivo, a beer brand in Serbia. He also appeared in an advert of a Turkish GSM operator, Aria, due to his popularity in Turkey. 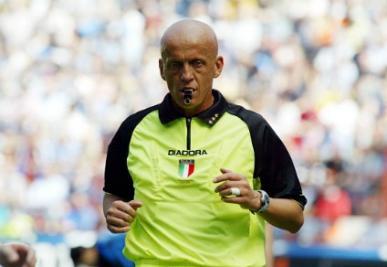 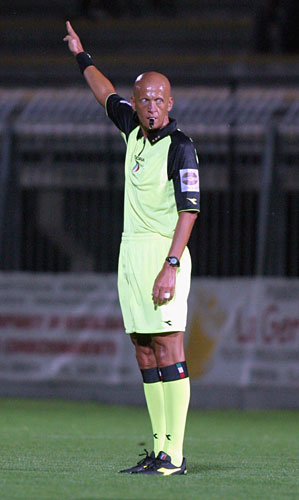 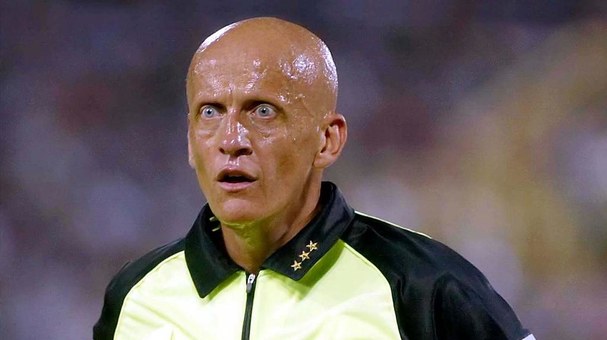 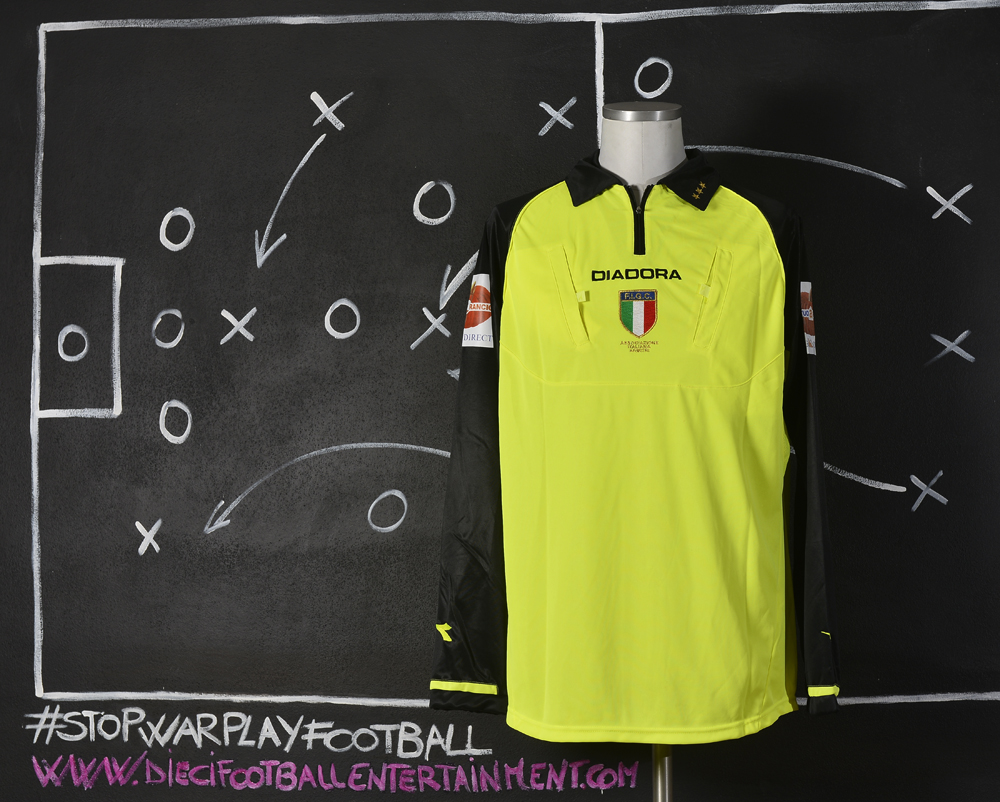 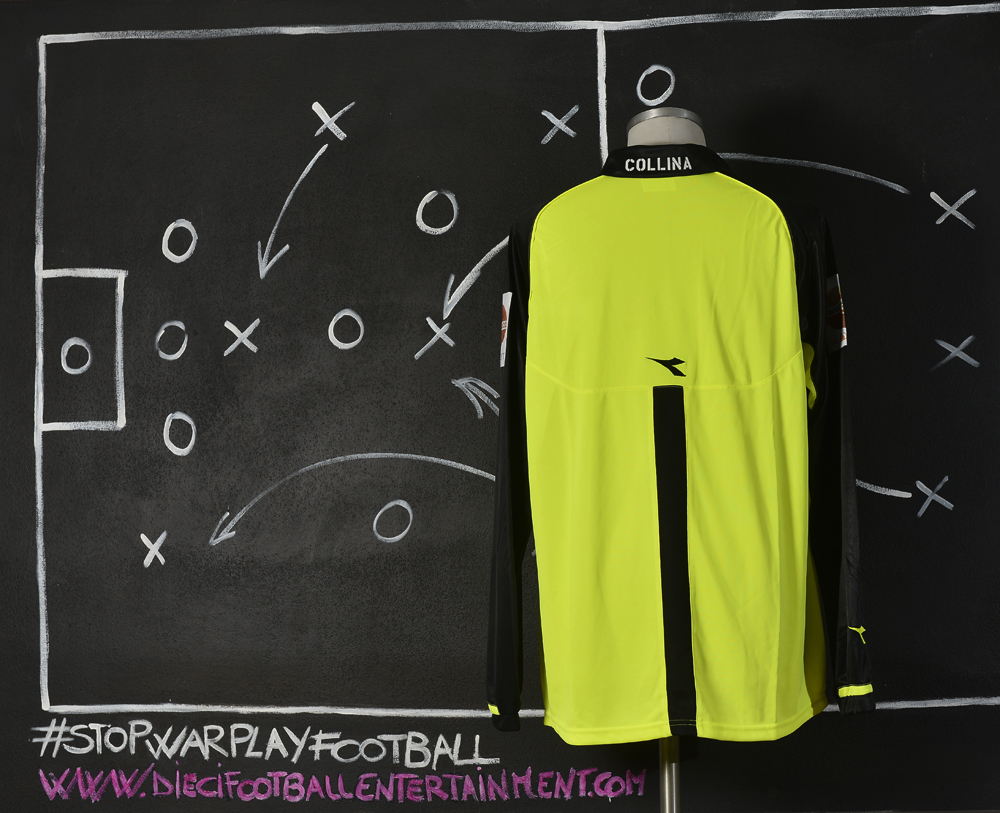 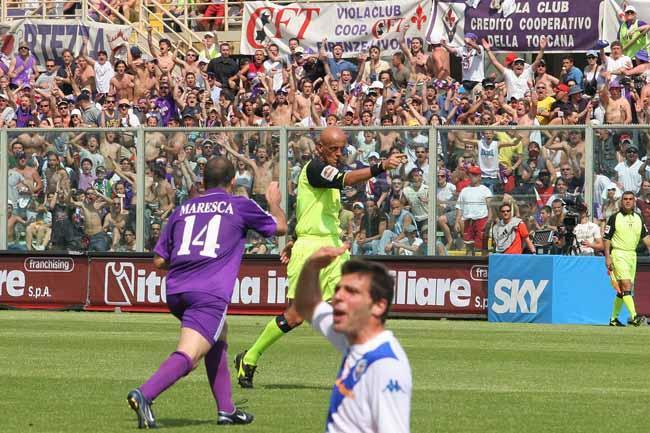 Collina was born in Bologna and attended the University of Bologna, graduating with a degree in economics in 1984. During his teenage years, he played as a central defender for a local team, but was persuaded in 1977 to take a referee’s course, where it was discovered that he had a particular aptitude for the job. Within three years he was officiating at the highest level of regional matches, while also completing his compulsory military service. In 1988, he progressed more rapidly than normal to the national third division, Serie C1 and Serie C2. After three seasons, he was promoted to officiating Serie B and Serie A matches. About this time, Collina contracted a severe form of alopecia, resulting in the permanent loss of all his facial hair, giving him his distinctive bald appearance and earning the nickname Kojak. In 1995, after he had officiated at 43 Serie A matches, he was placed on FIFA’s Referees List. He was allocated five matches at the 1996 Olympic Games, including the final between Nigeria and Argentina. He refereed the 1999 UEFA Champions League Final between Bayern Munich and Manchester United; he cited this as his most memorable game because of the cheers at the end, which he described as a “lions’ roar”. In June 2002, Collina reached the pinnacle of his career, when he was chosen for the World Cup final, between Brazil and Germany. Prior to the game, Germany’s Oliver Kahn told the Irish Times: “Collina is a world-class referee, there’s no doubt about that, but he doesn’t bring luck, does he?” Kahn was referring to two previous high-profile matches that Collina had refereed which involved Kahn: the aforementioned 1999 UEFA Champions League Final, a 2–1 defeat for Bayern; and Germany’s 5–1 defeat against England in September 2001. Kahn’s luck did not change in the final, and his team lost 2–0. He refereed the 2004 UEFA Cup Final between Valencia and Marseille. In February 2005, as he reached the mandatory retirement age, UEFA Euro 2004 was his last major international tournament. His last international match was Portugal – Slovakia, for a 2006 FIFA World Cup qualifier at Estádio da Luz in Lisbon. The FIGC raised its mandatory retirement age to 46 in order to accommodate Collina for a further season. However, a dispute emerged between the federation and Collina early in August 2005, following his decision to sign a sponsorship deal with Opel (also advertising for Vauxhall Motors in the United Kingdom – both are owned by General Motors). As Opel was also a sponsor of Serie A club A.C. Milan, the deal was seen as a conflict of interest, and Collina was not allowed to referee top flight matches in Italy. In response, Collina handed in his resignation, effectively ending his career. The Italian Referees Association then attempted to reject his resignation, but he persisted with his retirement. He did, however, referee the Soccer Aid matches for charity in May 2006 and September 2008. During the latter of these games, Collina was involved in an awkward fall and was stretchered off after 21 minutes of play. He also refereed the first half of the 2010 Soccer Aid match on 6 June. Collina’s final competitive game was a Champions League qualifier between Everton and Villarreal on 24 August 2005. He announced his retirement soon after the game. Collina attracted the ire of Luciano Moggi, the Juventus executive and chief instigator of the 2006 Italian football scandal. Collina was one of the referees that Moggi attempted to have punished for decisions that were made against Juventus. In an intercepted phone call, Moggi claimed that Collina and his colleague Roberto Rosetti were too “objective” and should be “punished” for it. As a result, he and Rosetti were two of the few referees that emerged unscathed from the scandal. In September 2005, his easily recognisable face (to followers of football) also led to his appearance in an advert for the Vauxhall Vectra, which aired during the 2006 World Cup in the United Kingdom. He also appeared in adverts, for MasterCard and Adidas during the 2006 World Cup. Although Collina is closely identified with football, his favourite sports club plays basketball. He is a lifelong supporter of Fortitudo Bologna, one of Europe’s leading basketball clubs. On 25 January 2010, Collina participated in a special match for supporting victims of the earthquake in Haiti opposing “Friends of Zidane and Ronaldo” and the Benfica team in Lisbon. In 2010, Collina officiated the first half of a Soccer Aid charity football match between celebrity and professional players representing England and the “Rest of the World”. Players included David Seaman, Alan Shearer, Teddy Sheringham, Jamie Redknapp, Martin Keown and Nicky Butt for England, managed and coached by Harry Redknapp and Bryan Robson. Players for the “Rest of the World” included Jens Lehmann, Henrik Larsson, Zinedine Zidane, Ryan Giggs, Luís Figo and Sami Hyypiä, managed and coached by Kenny Dalglish, Ian Rush & Eric Harrison. English Premier League and Football League referee Mark Clattenburg also refereed the match. Collina has been head of referees for the Football Federation of Ukraine since 2010. His work in this position is criticised by national referees who disapprove of his lack of involvement in Ukrainian football (spending not more than two weeks per year in Ukraine) and possible tolerance towards corruption in the Ukrainian national football association. 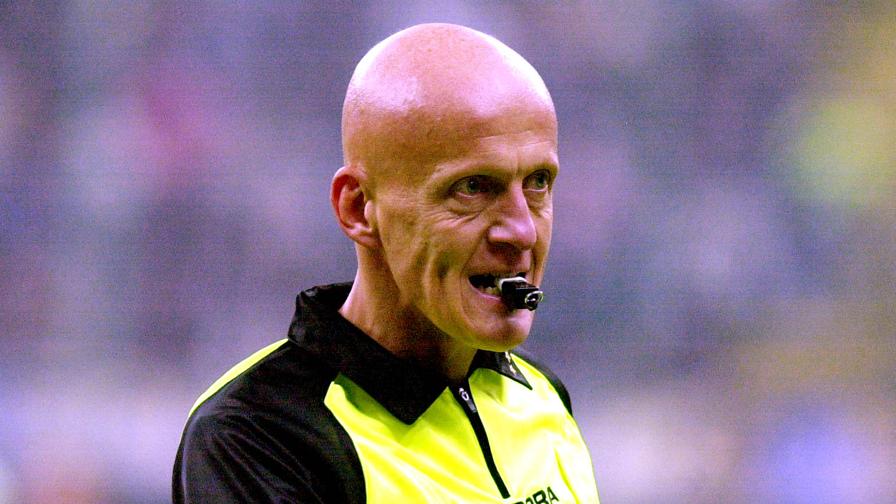 Grosso Grosso2019-11-10T11:40:28+00:00
Page load link
This site uses cookie technology, including third parties' ones. If you want to know more click here. If you access any element of this site outside this banner, you consent to the use of cookies. Ok
Go to Top