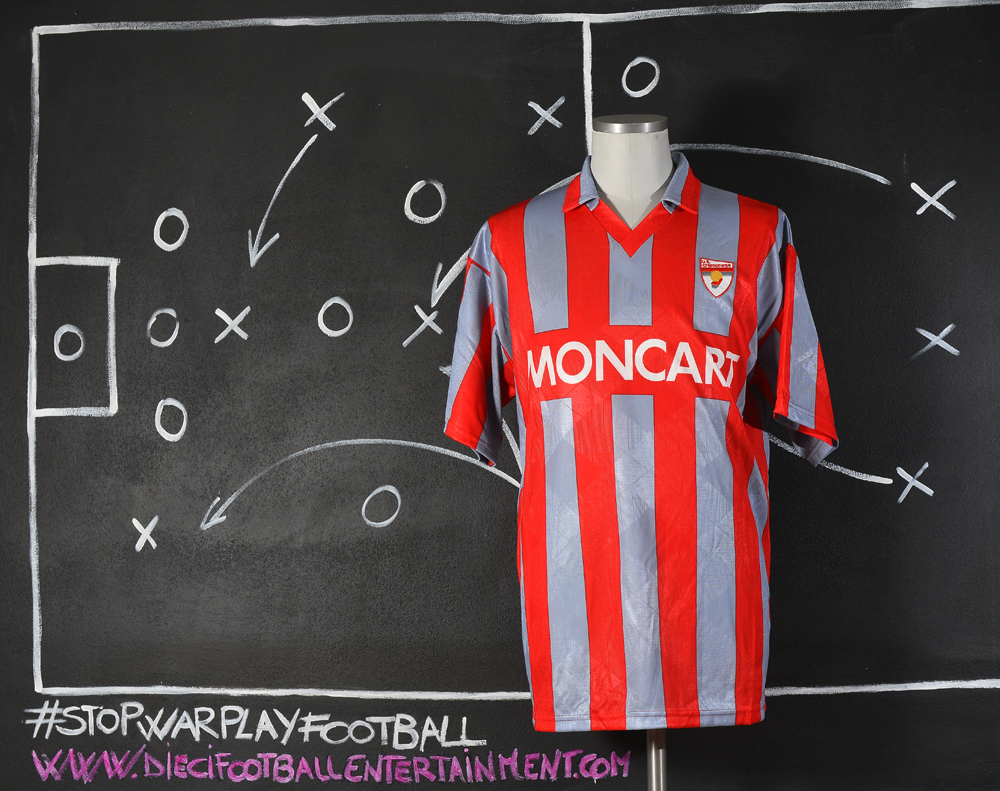 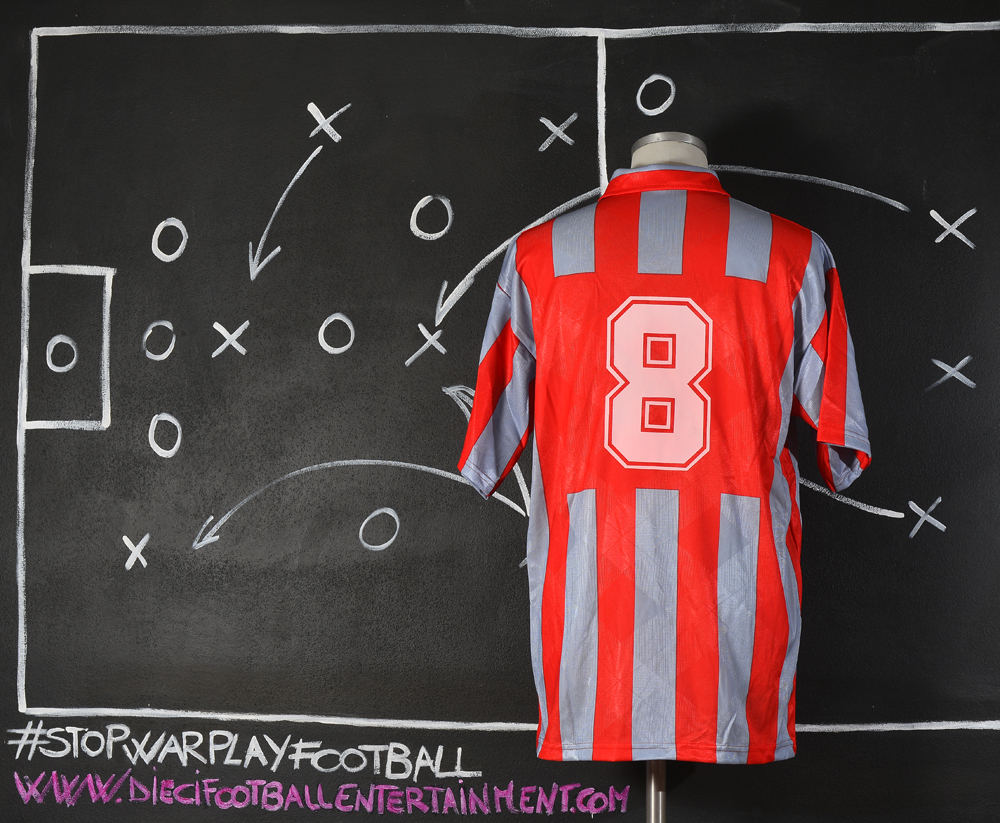 This shirt was worn by Marco Giandebiaggi during the Serie A game between Cremonese and Reggiana which took place in Cremona, “Giovanni Zini” Stadium, on March 27th 1994. Cremonese draw 1-1 and at the end of the game Giandebiaggi swapped his shirt with a Reggiana’s player whom we got it from. Giandebiaggi joined Cremonese in the season 1990/1991 where he spent 7 seasons, playing 222 games and scoring 15 goals. 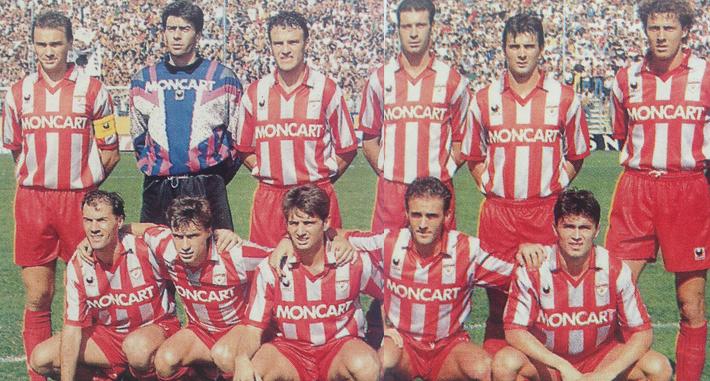 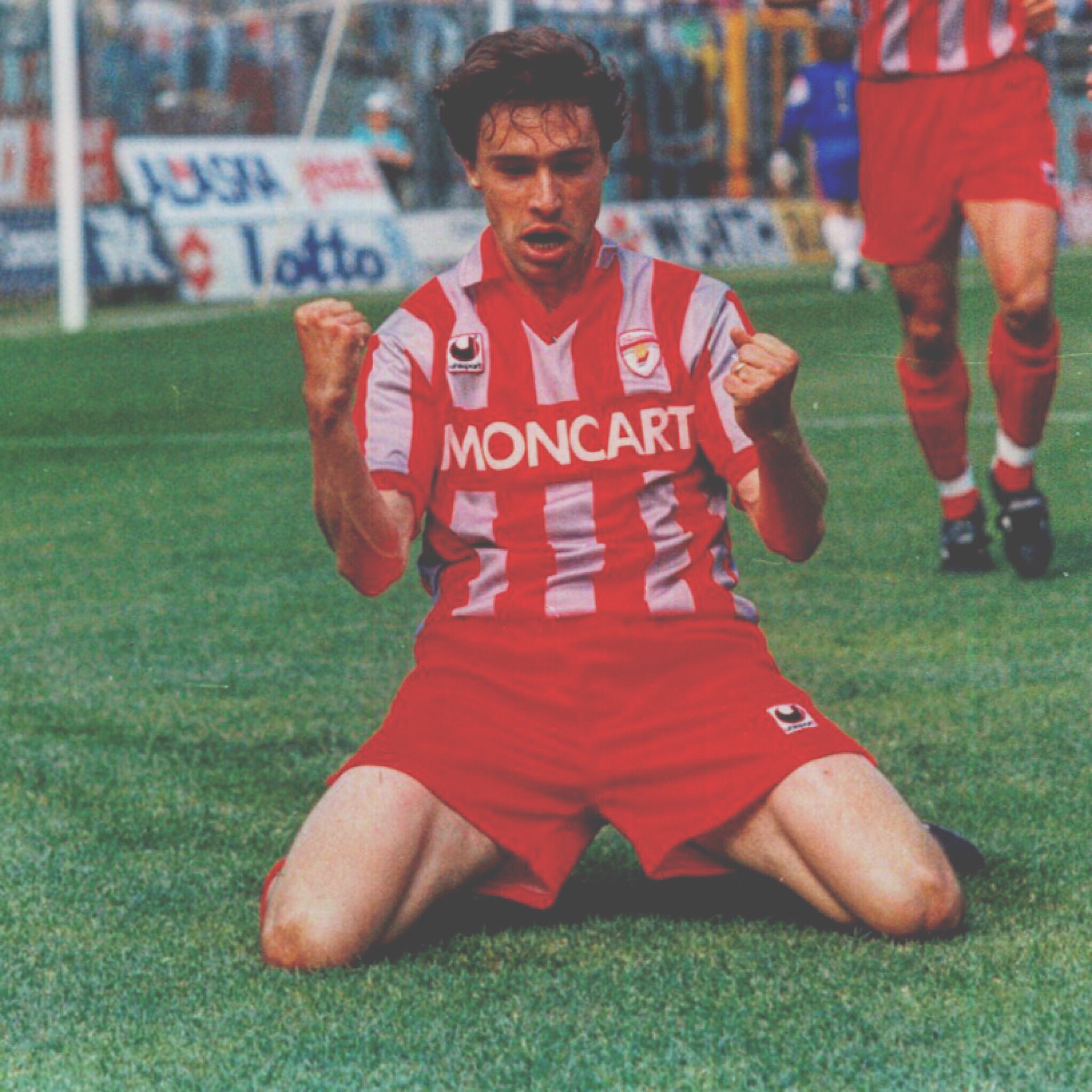 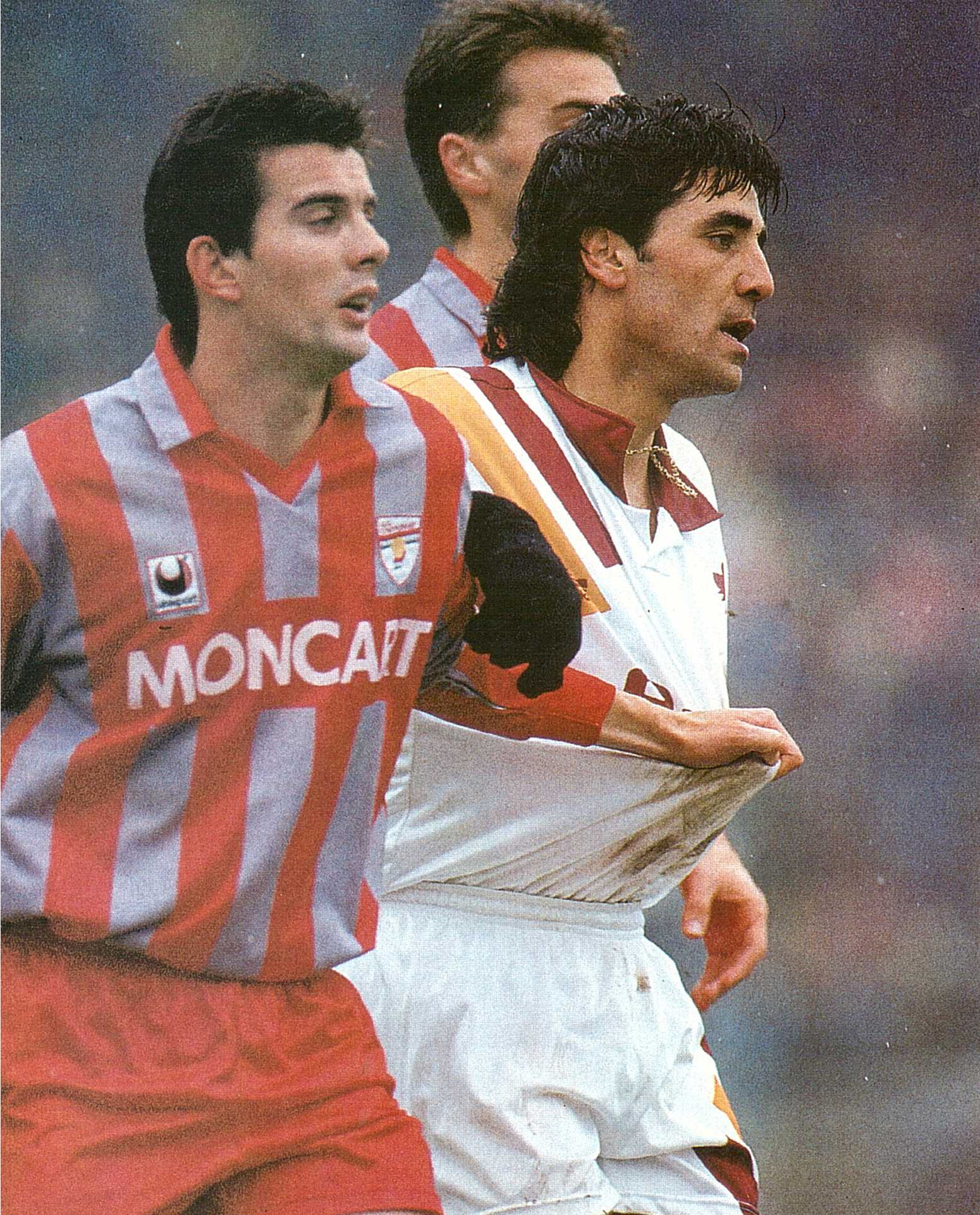 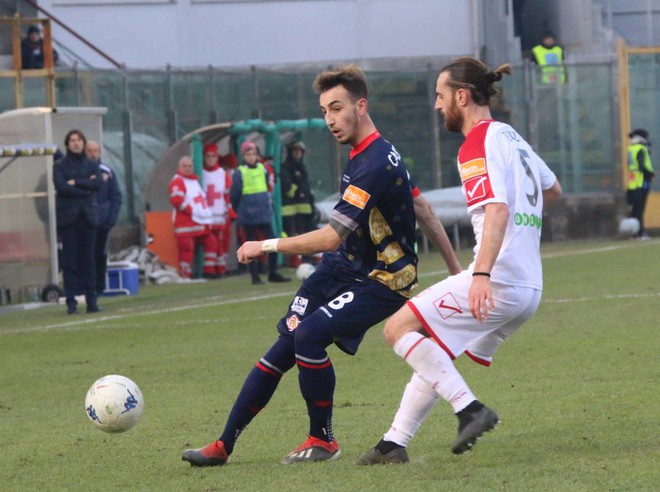 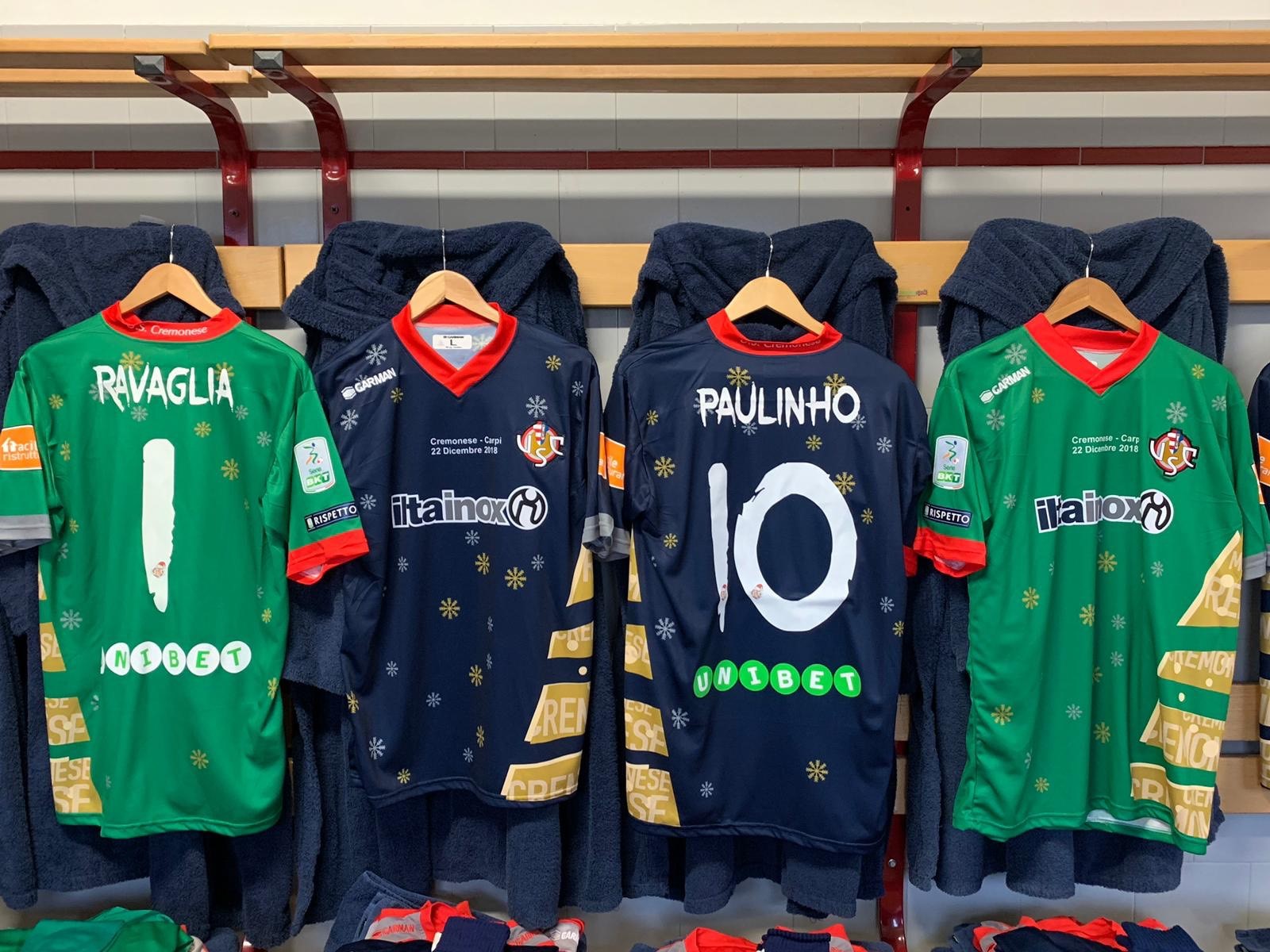 This shirt was worn by Leandro Greco during Cremonese vs Carpi which took place in Cremona – Giovanni Zini Stadium – on December 22th 2018. This is a special shirt used by the team in this game only as it is a Limited Edition Christmas Special shirt released to celebrate the upcoming Christmas. This is not the first time that special kits were released to celebrate Christmas. Cremonese already did it for Christmas 2017 while the team was playing in Lega Pro (3rd Italian Division) and it commonly happens with Atalanta and some other teams. But while Atalanta for example put extra Christmas badges and printings on shirts, Cremonese for the second following season made a total new Christmas design. The 2017 shirt had a Christmas tree on side while the 2018 shirt has stylized snow flakes on front and back and a stylized Christmas tree on side too and the Santa Claus hat on number. Both shirts were exclusively made for players and sold to official team’s auctions to raise money for Unicef. 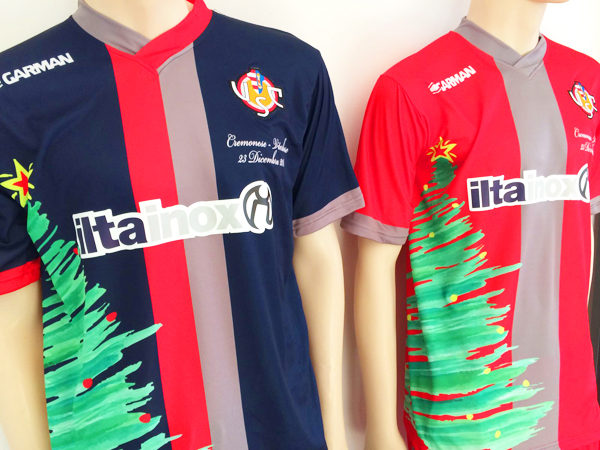 Above and below the 2017 Christmas special kit 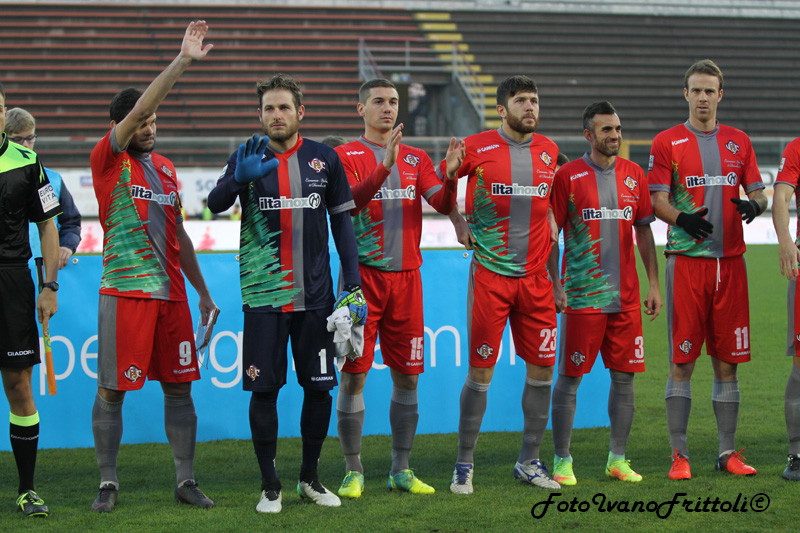 Leandro Greco is an Italian footballer who plays as a midfielder. He signed for Cremonese on July 6th 2018, a two-year contract, playing 10 games from September to December before he joined Foggia Calcio for a fee on january 18th 2019. He previously played for such important teams like Roma, Genoa, Verona, Bari, Livorno and Olympiacos. 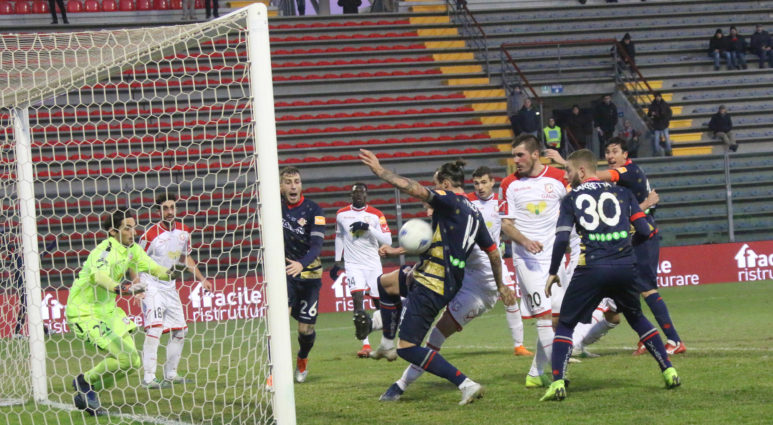 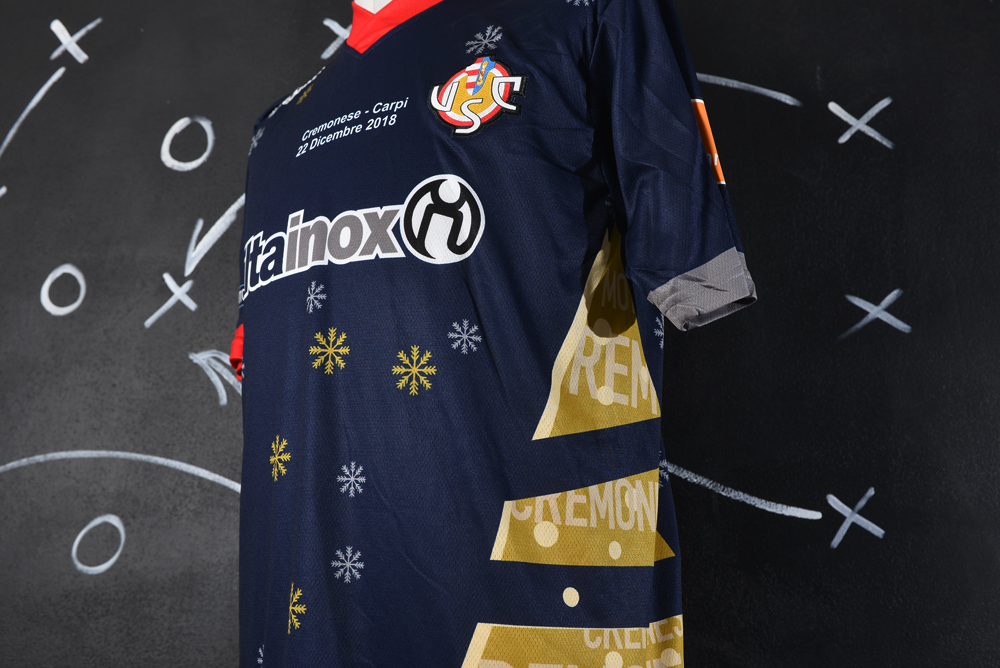 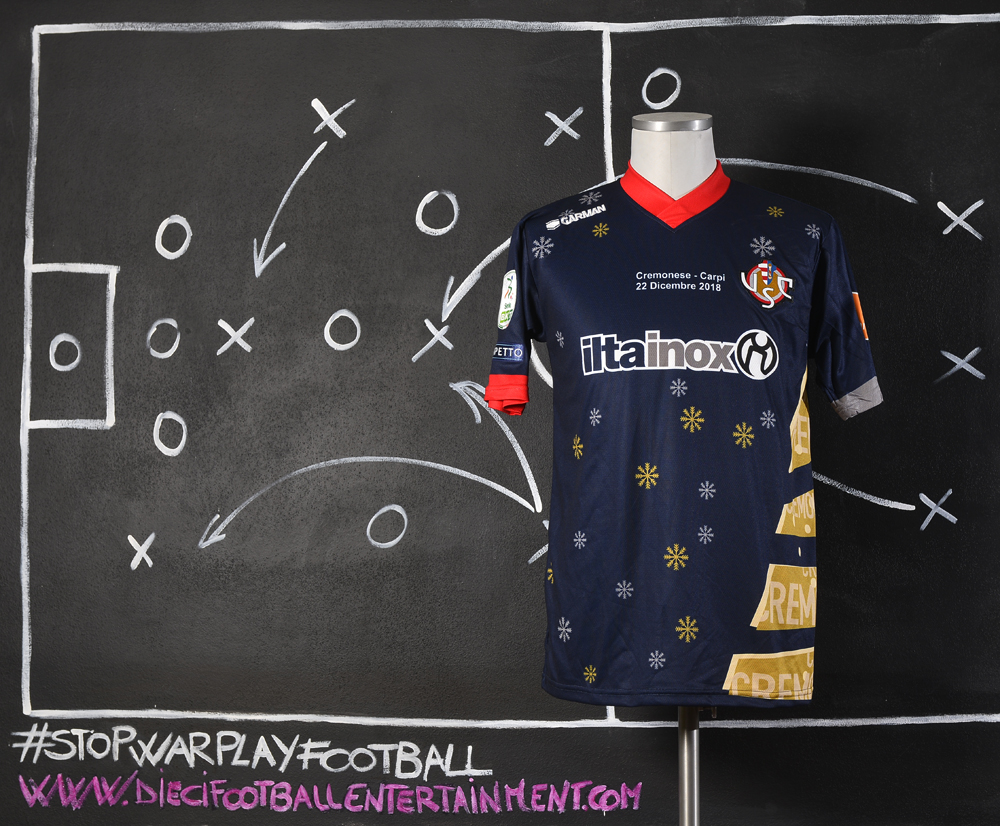 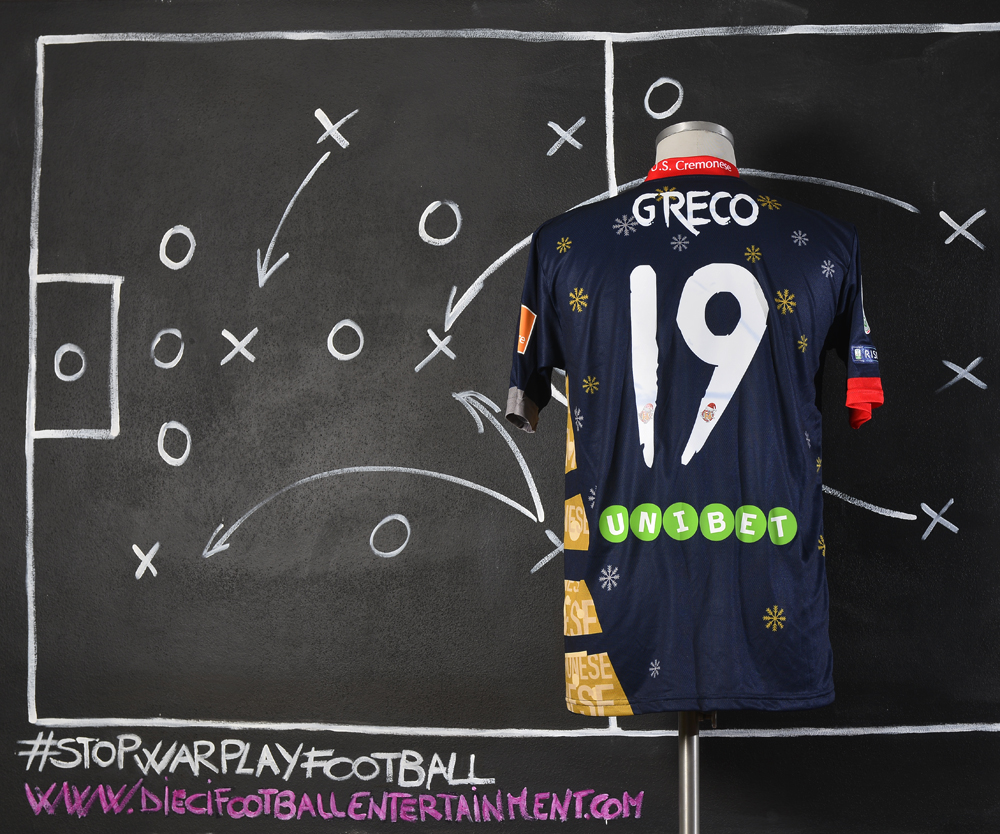 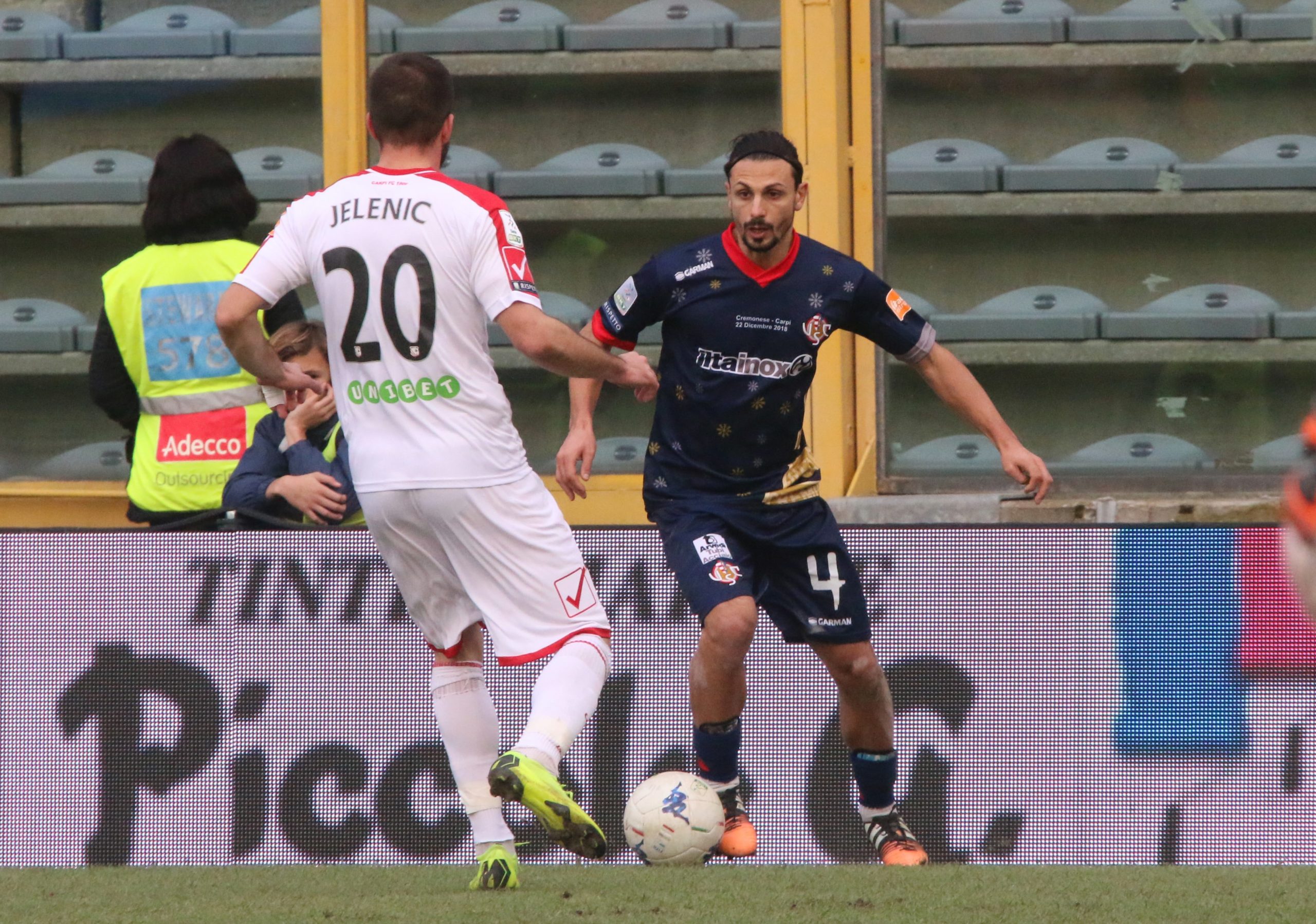 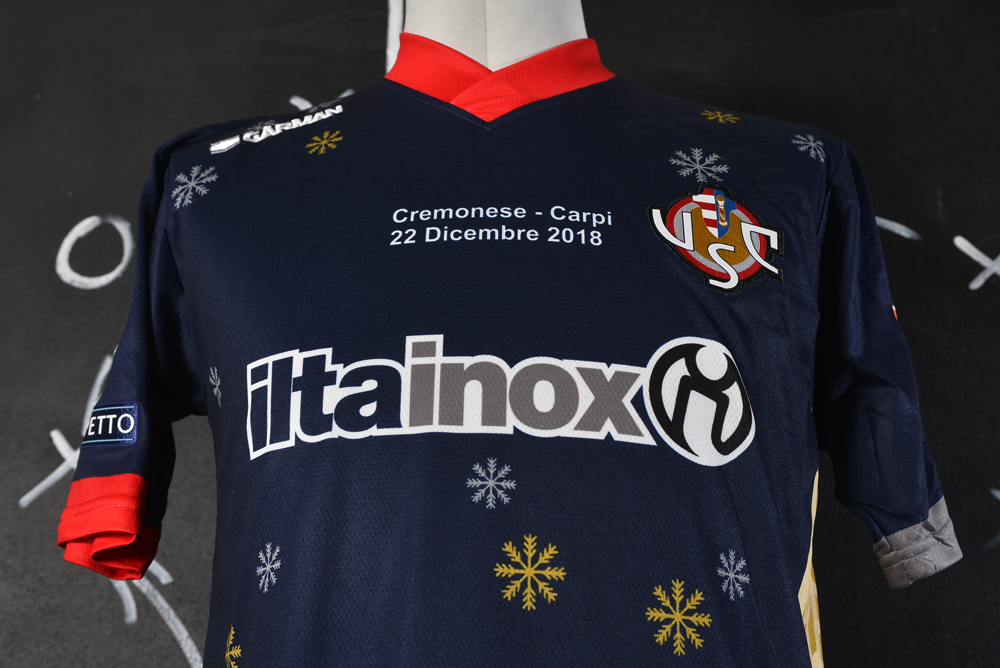 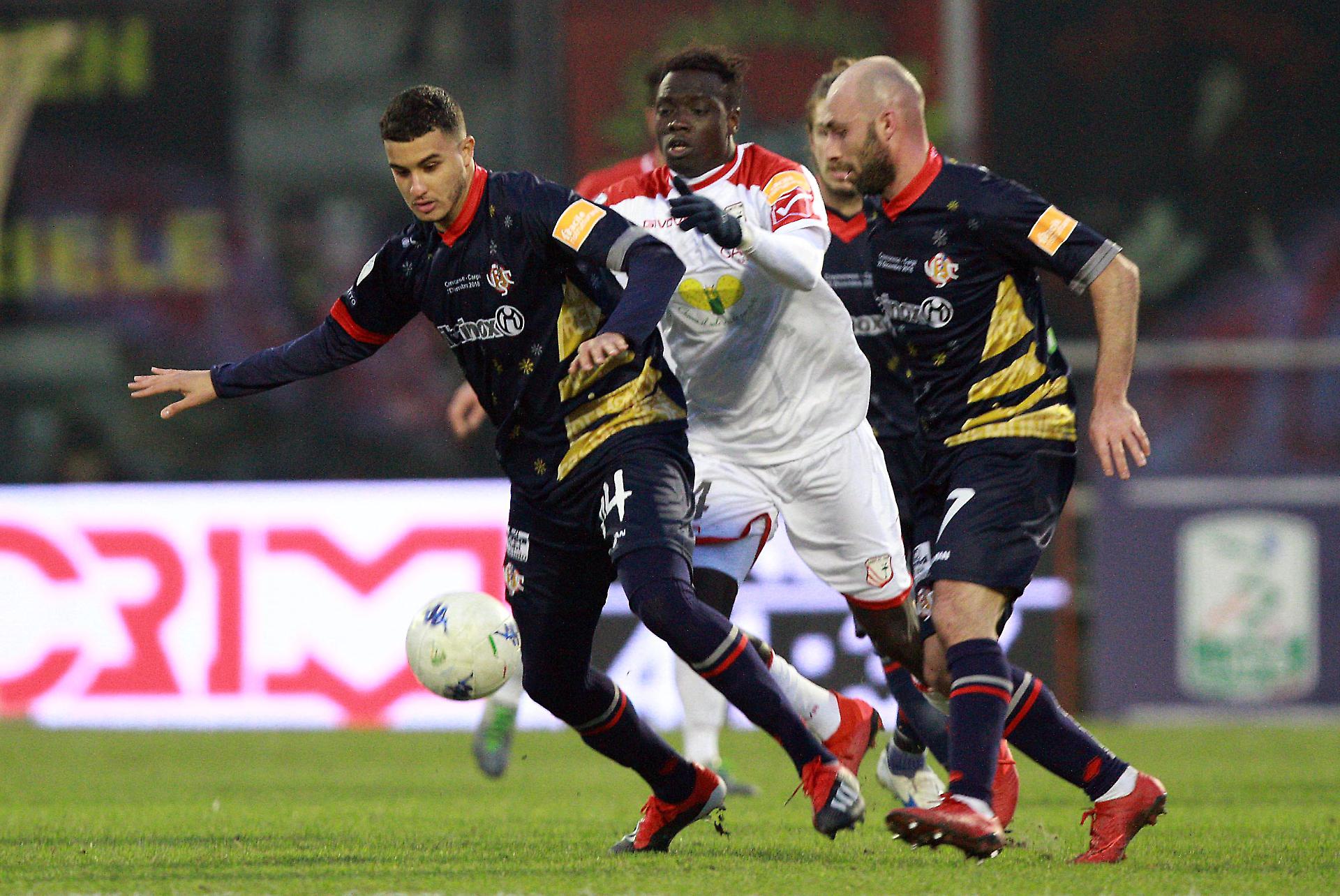 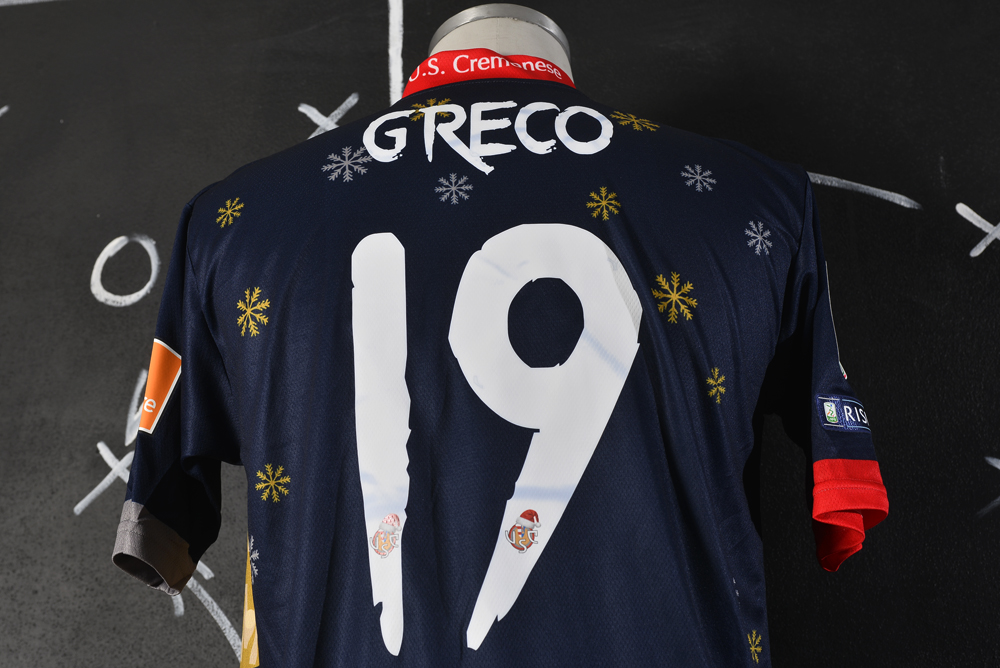 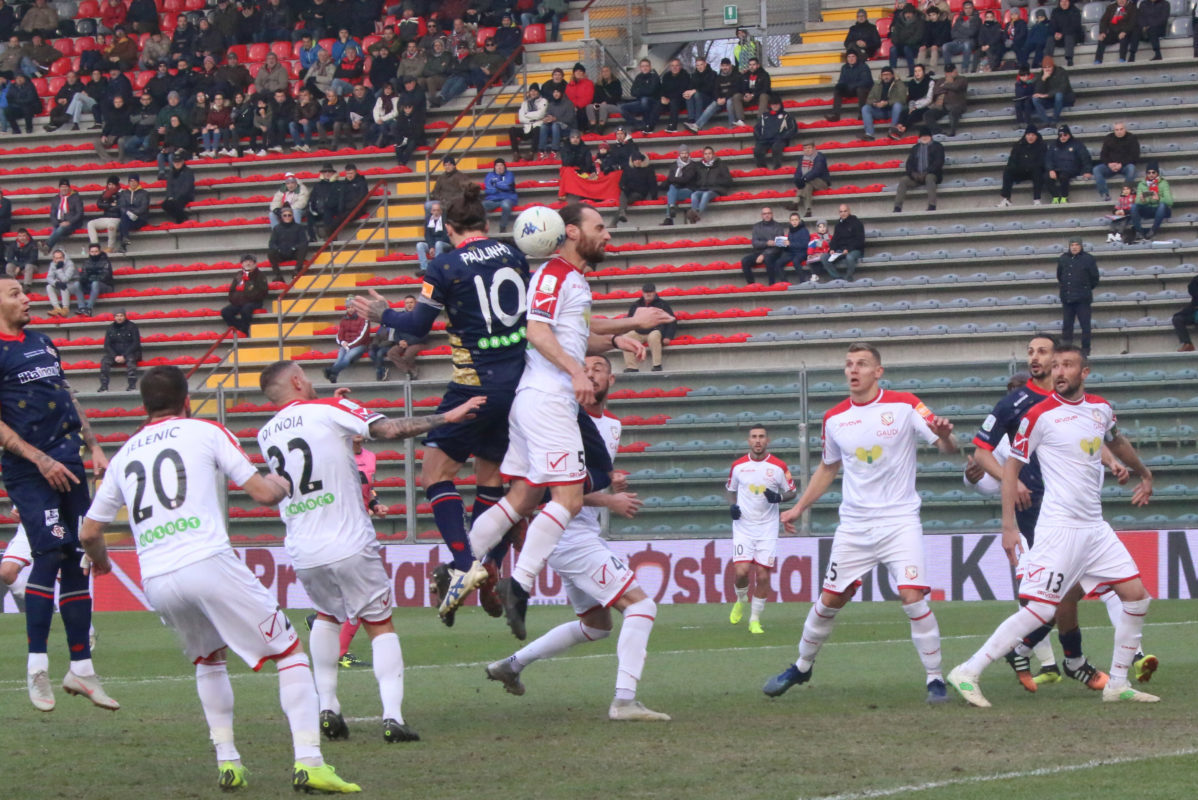 Grosso Grosso2023-01-03T21:55:48+00:00
Page load link
This site uses cookie technology, including third parties' ones. If you want to know more click here. If you access any element of this site outside this banner, you consent to the use of cookies. Ok
Go to Top