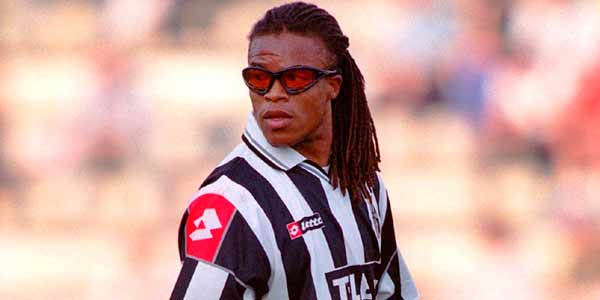 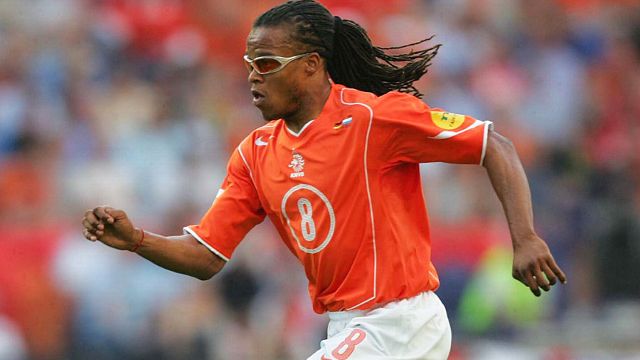 Edgar Steven Davids  is a Surinamese-born Dutch former professional footballer. After beginning his career with Ajax, winning several domestic and international titles, he subsequently played in Italy for Milan, and later enjoyed a successful spell with Juventus, before being loaned out to Barcelona in 2004. He went on to play for Inter Milan and Tottenham Hotspur before returning to Ajax. Having struggled with injuries for two years, Davids returned to competitive football during a brief spell with Crystal Palace before retiring at the age of 37. In 2012, he was appointed player-manager at the English League Two club Barnet. He resigned by mutual agreement as manager in January 2014. He was capped 74 times by the Netherlands at international level, scoring six goals, and represented his country at the FIFA World Cup (once) and the UEFA European Championship (three times). A quick, hard-working, and tenacious player, gifted with power, pace, strength and stamina, Davids was renowned for his combative style of play, tight marking of opponents and ability to break down opposition plays as a defensive midfielder. Davids was also a powerful striker of the ball, as well as being an accurate passer and crosser. His tactical intelligence and ability to read the game, combined with his speed, energy, tackling, vision, and dribbling ability, allowed him to start counter-attacks after winning back possession and also enabled him to make forward runs and contribute to his team’s offensive play. His versatility and wide range of skills thus enabled him to be deployed in several other midfield positions throughout his career; he was capable of playing as a left midfielder, or even as a central or box-to-box midfielder, and in his youth, was also deployed as an attacking midfielder, or as a second-striker on occasion. 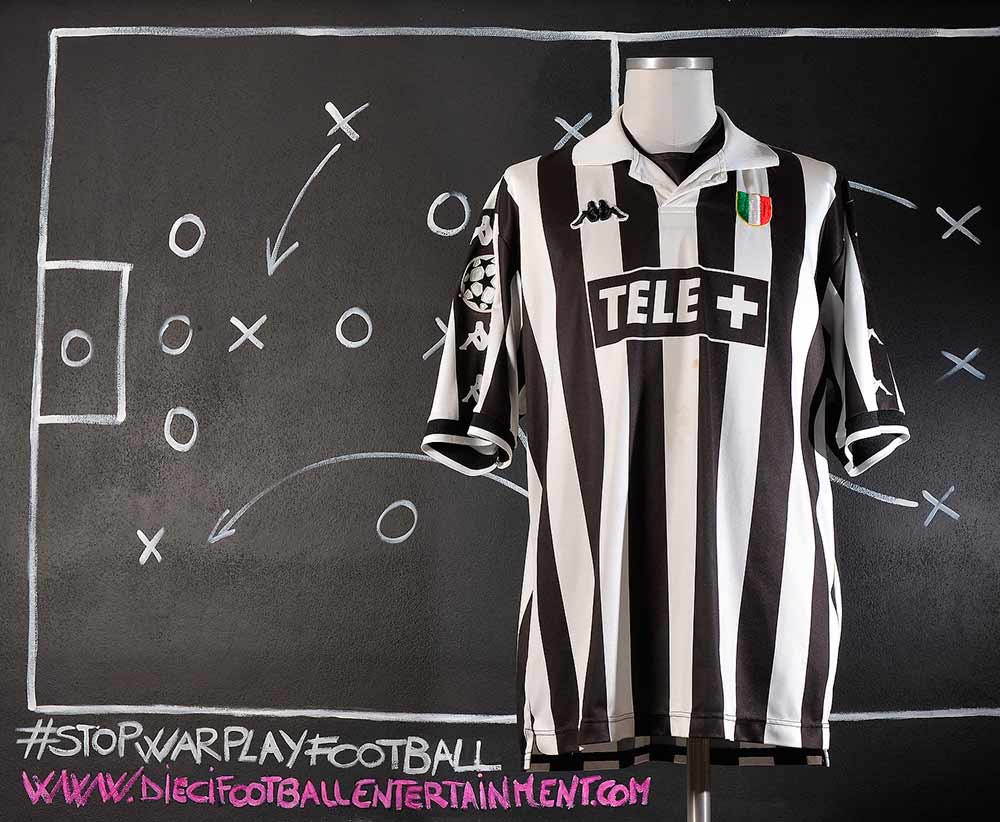 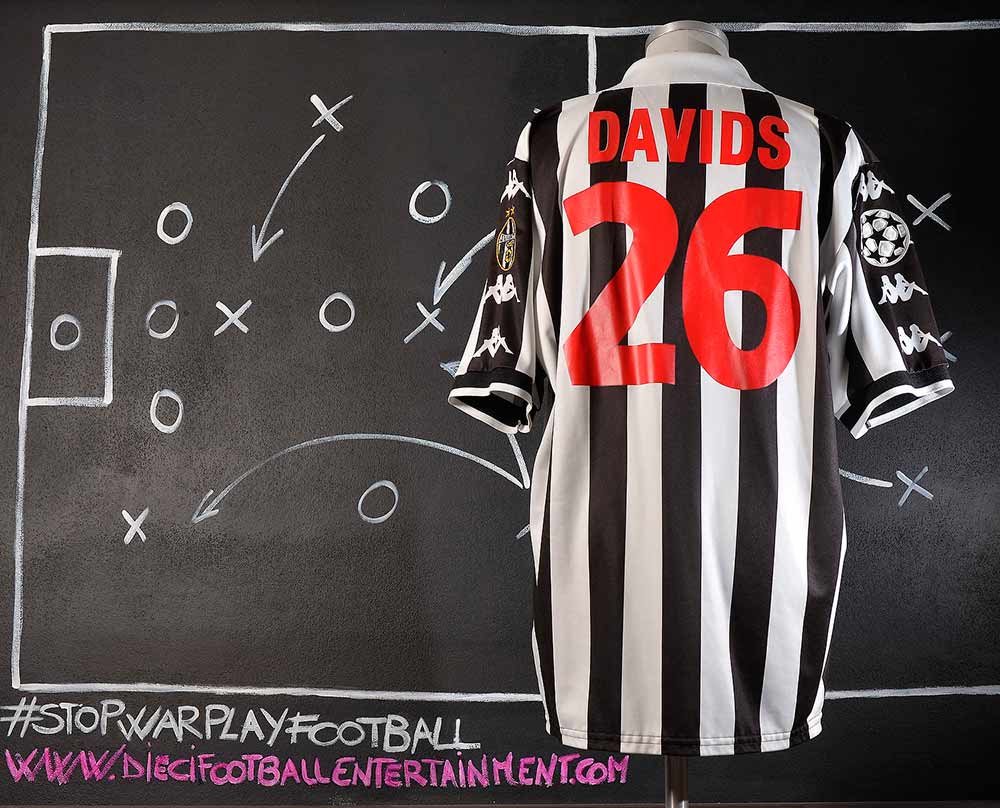 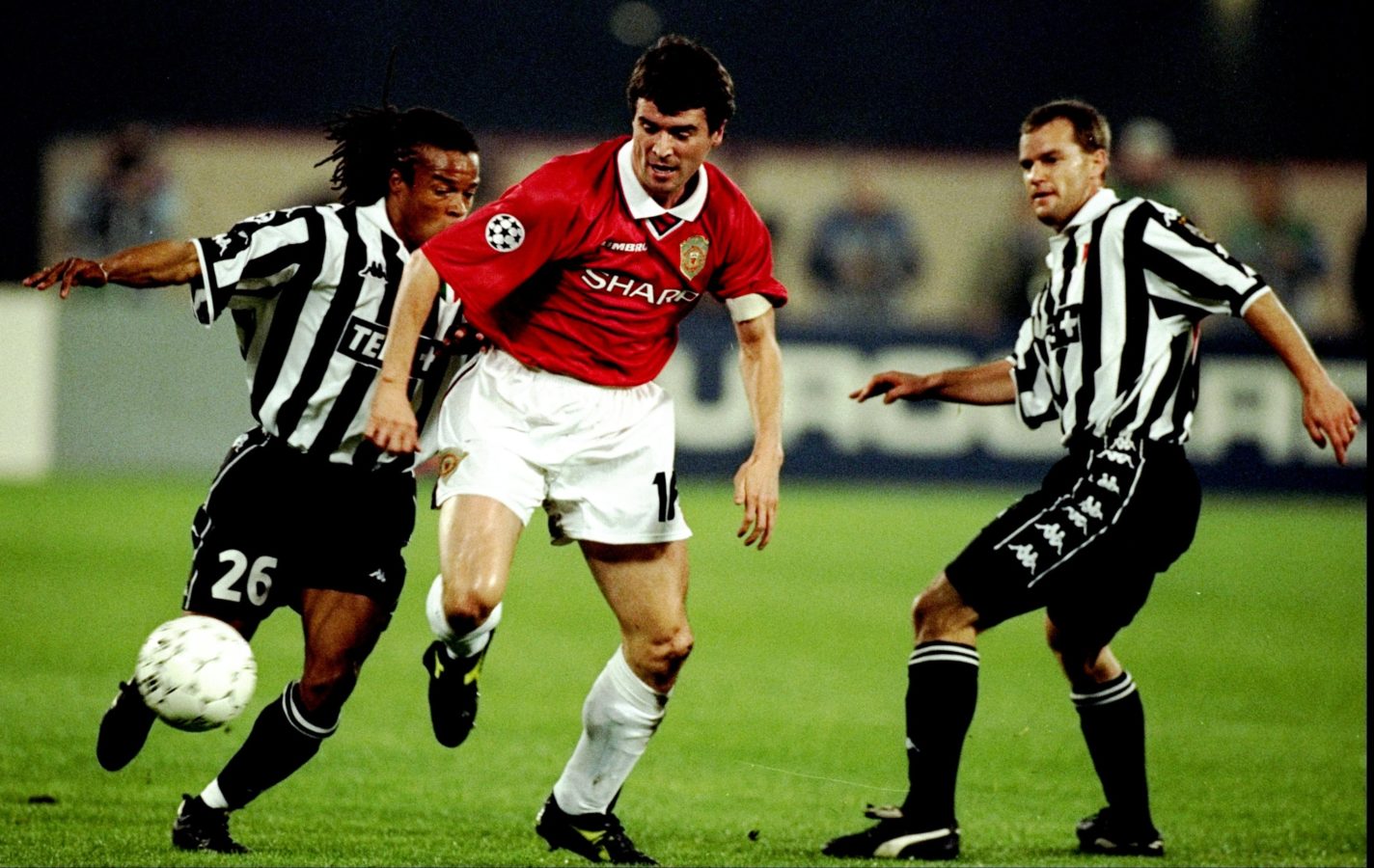 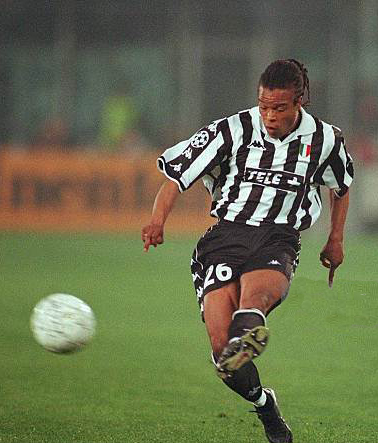 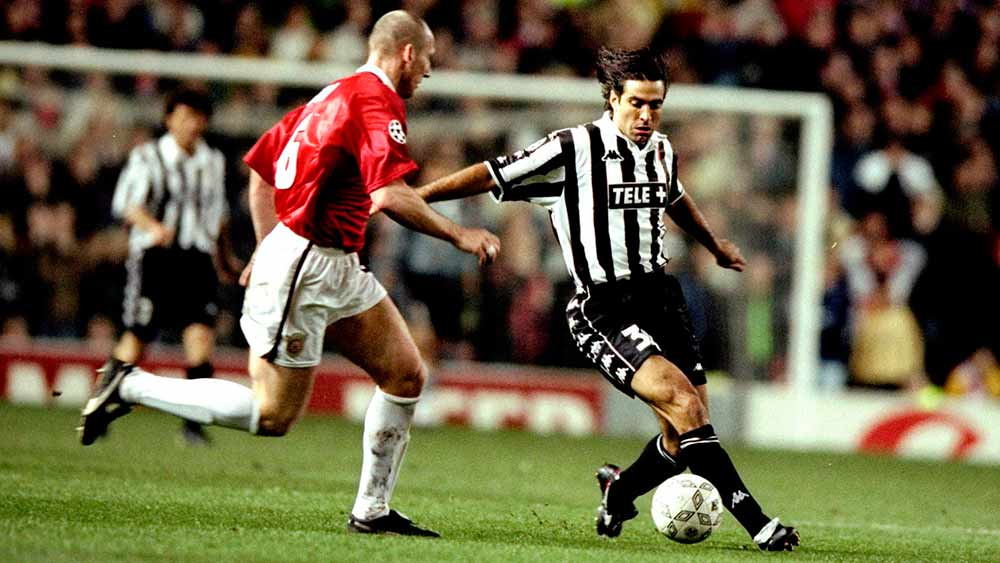 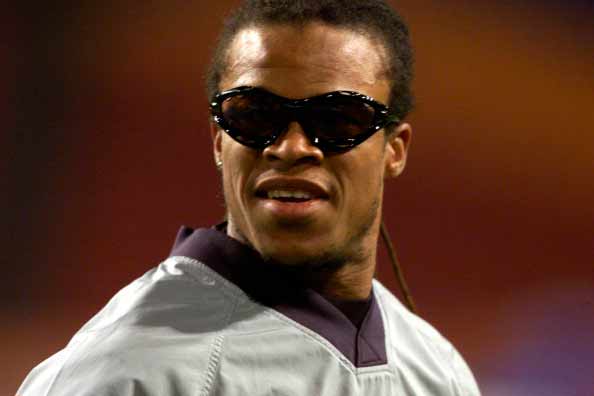 Edgar Davids was used to play with protective goggles due to his glaucoma. These googles later became a fashionable detail of the player. Oakley first and then Nike sponsored them. 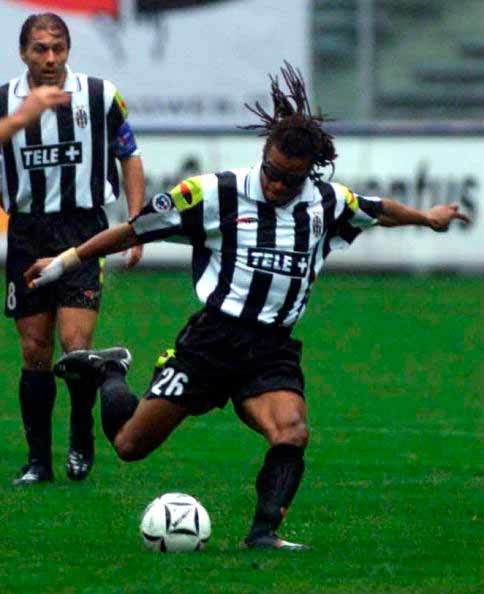 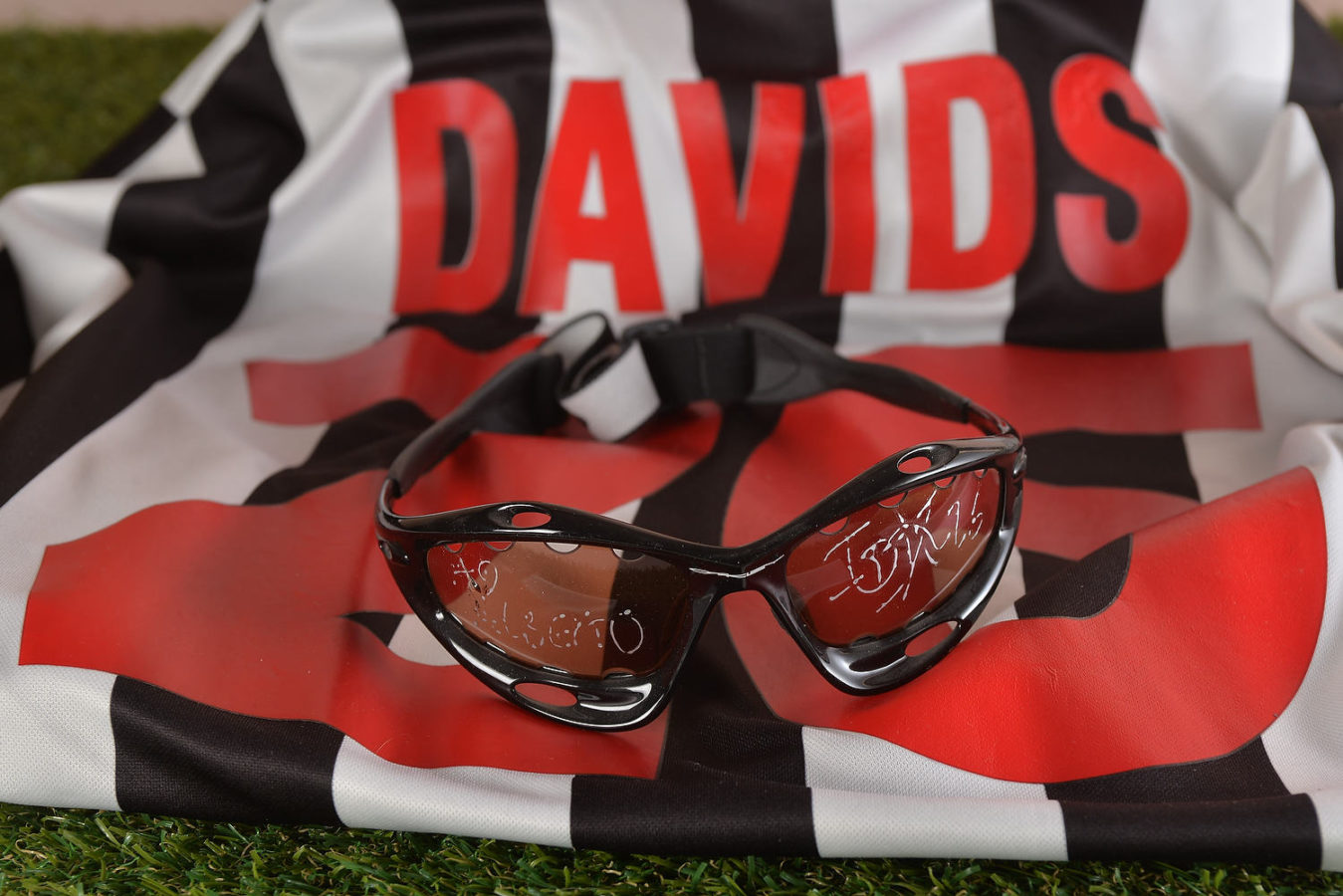 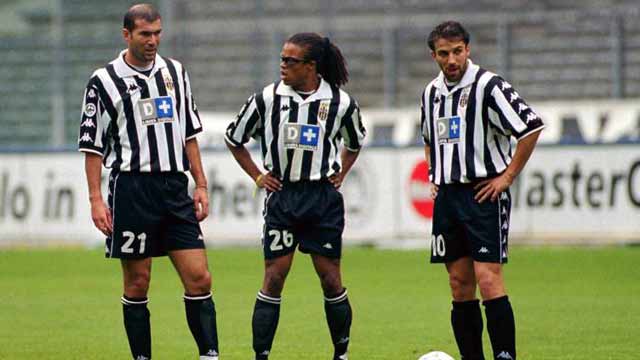 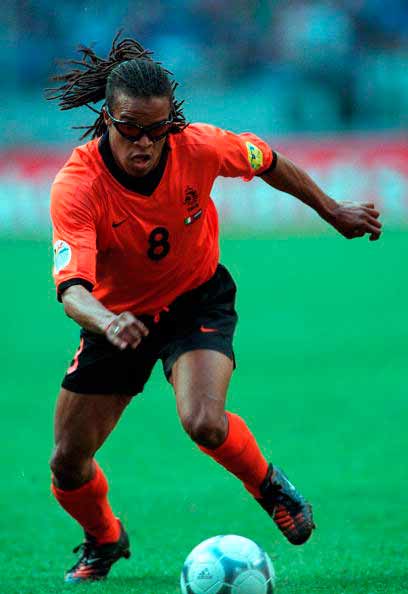 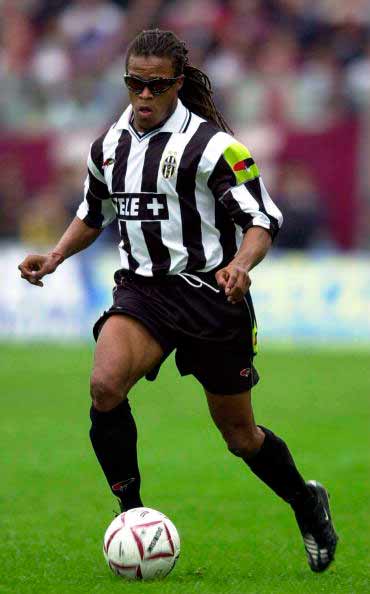 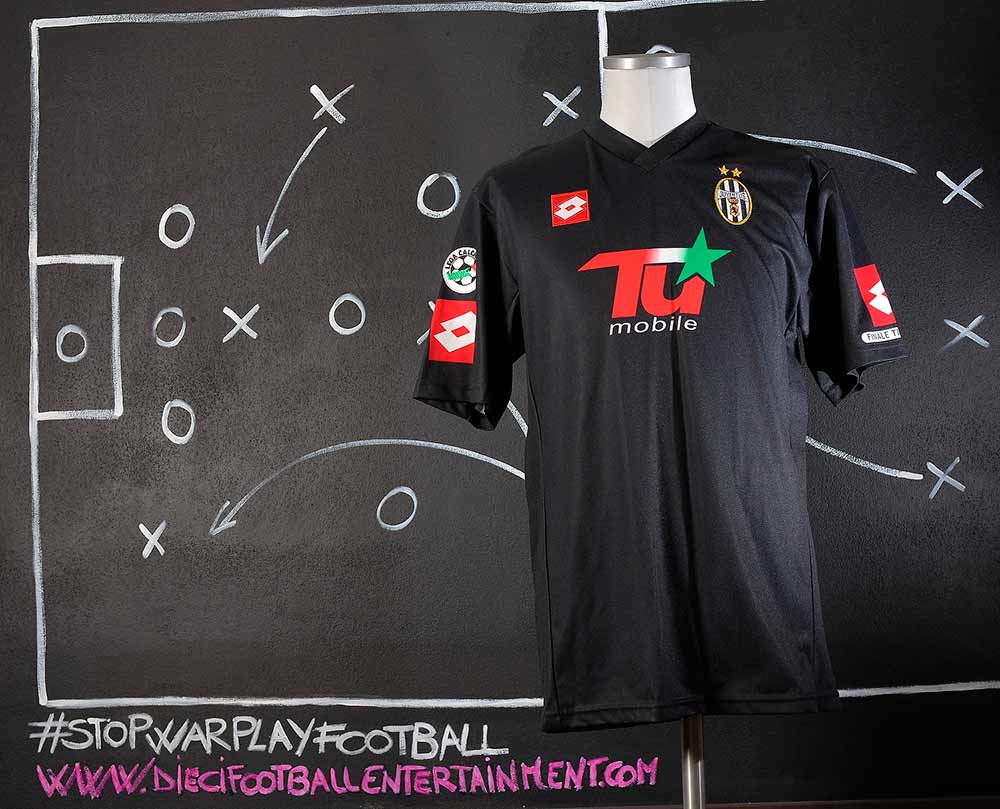 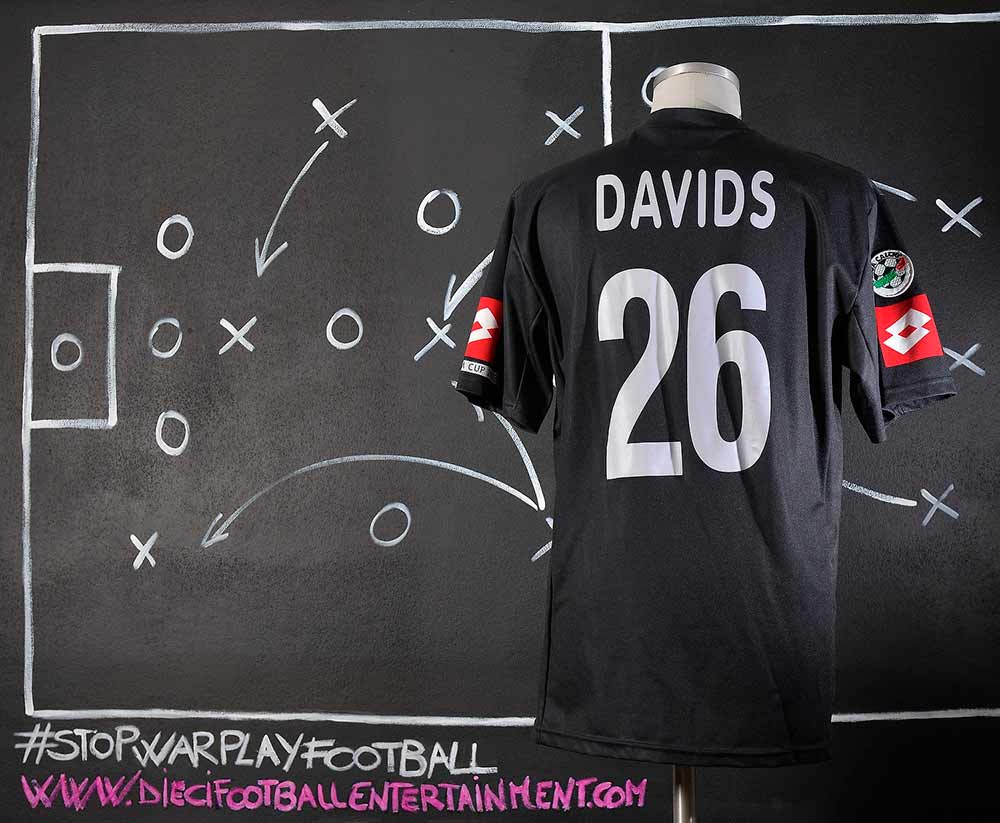 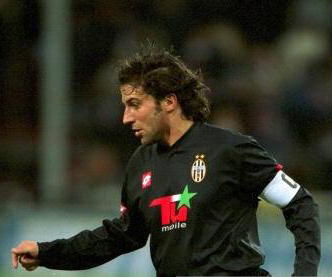 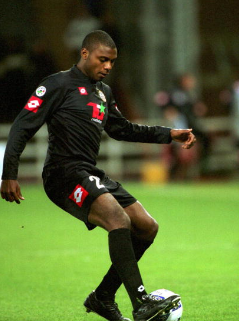 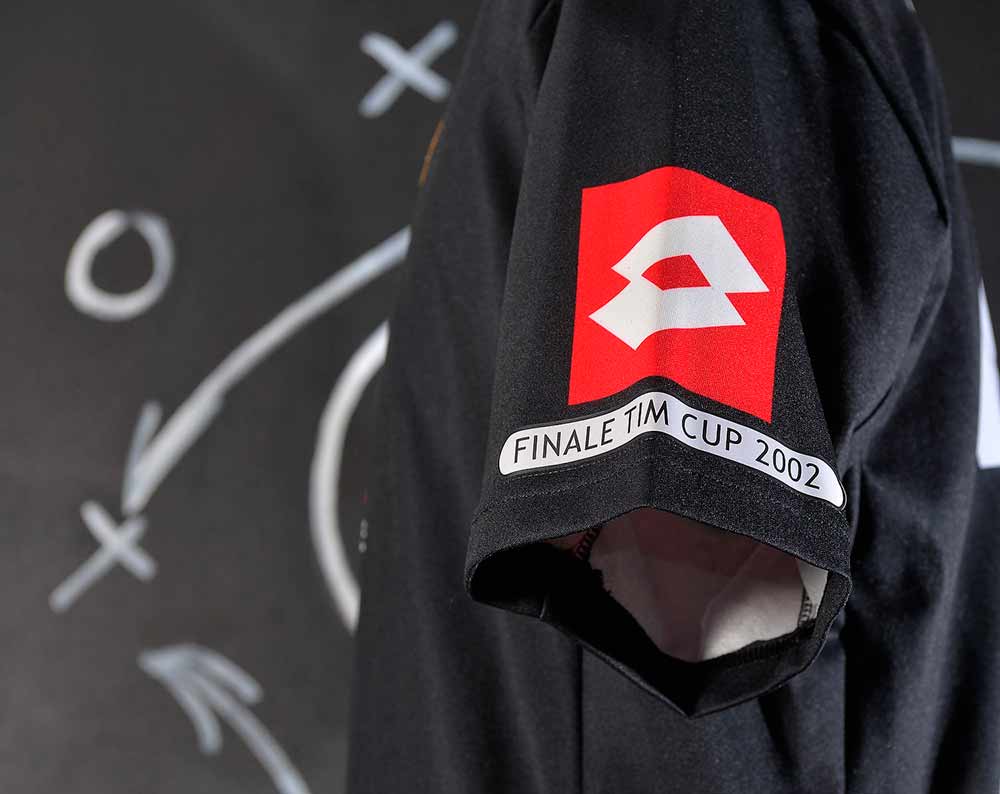 This away model was not used in the Final against Parma. In both games the team played with regular home shirt. This same model was previously used during regular Italy Cup’s games.

Edgar Davids technical ability and prowess at street soccer and as a freestyle footballer earned him the nickname “The Mayor of the Street” in his youth. Davids was also a powerful striker of the ball, as well as being an accurate passer and crosser. 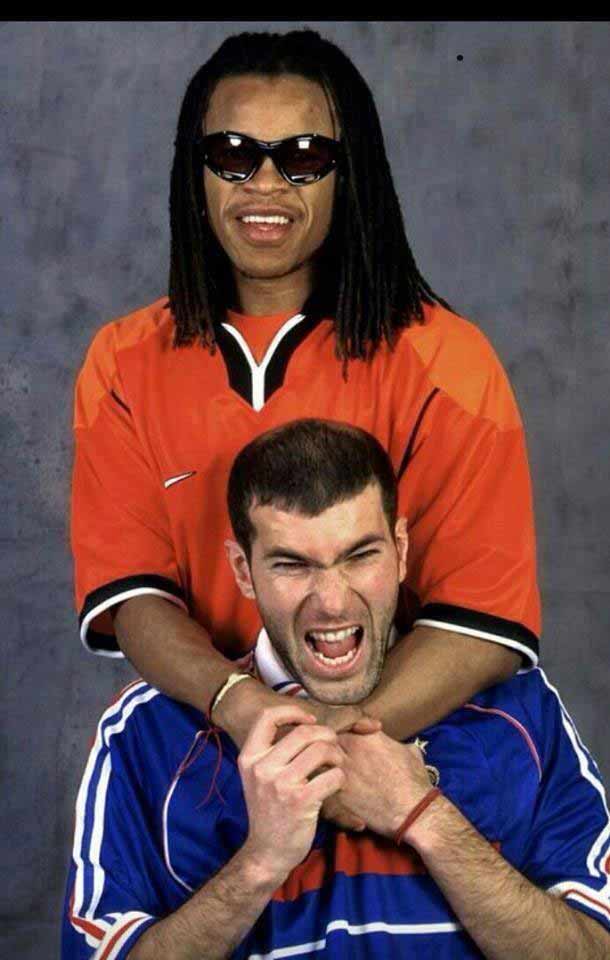 “Yes it’s true. It happened several times that I put a fishing hat on and together with Edgar Davids we went to play street soccer with immigrants in Torino. Edgar was always inviting me to join him playing in Torino with unknown immigrants. He was usual to join them. He was taking his car and he was going around Torino until he was meeting some guys playing soccer in the streets. He was telling me – Come on we have to play with them. We have to play for them. These are the authentic games to play” – Zinedine Zidane about Edgar Davids 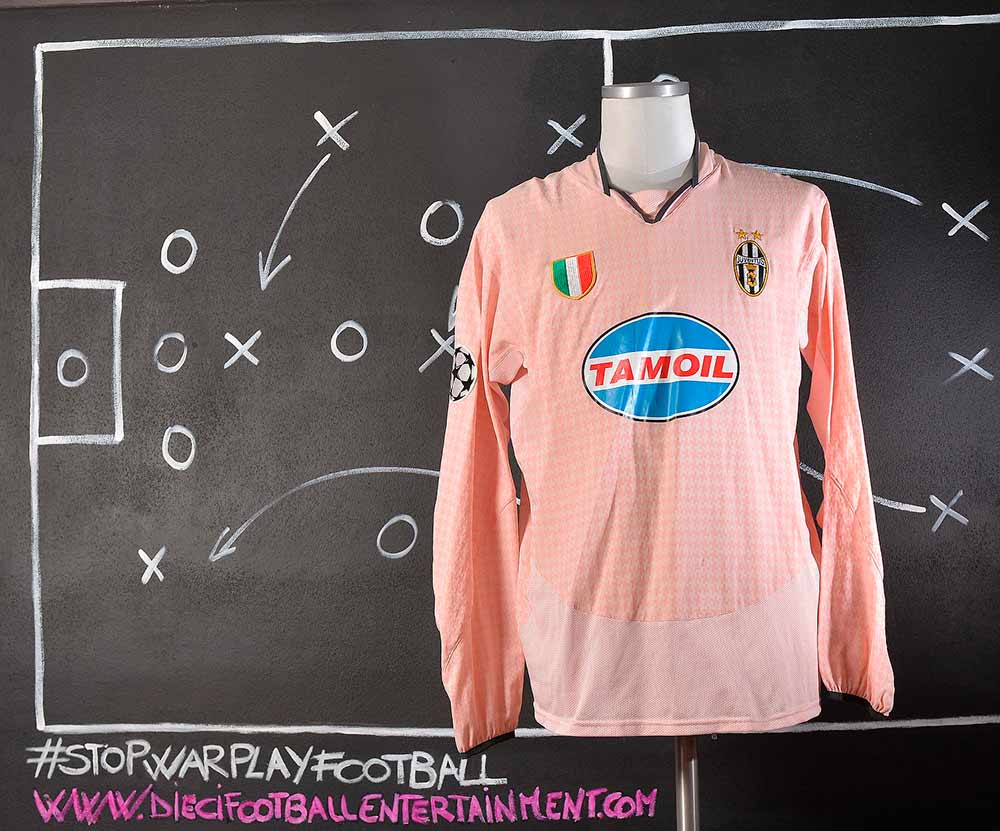 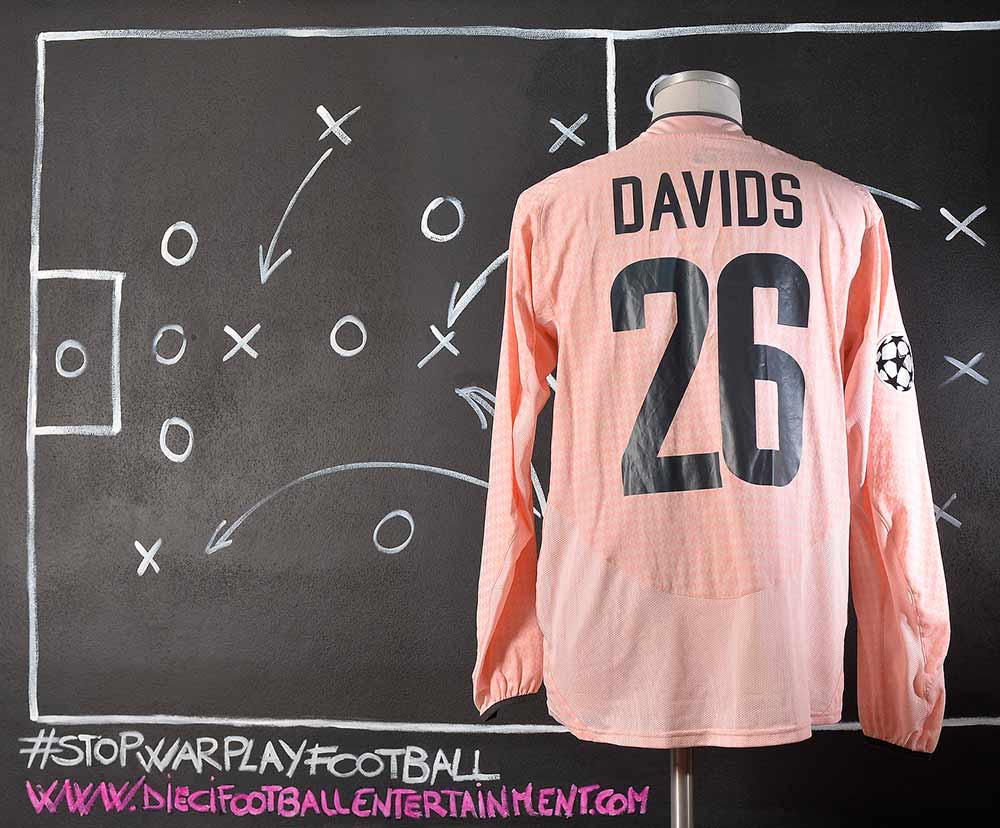 At the start of the 1996–97 season, Davids moved to Italy to play for Milan. After an unsuccessful spell where he failed to establish himself in the first team, he moved on to league rivals Juventus in December 1997 for a £5.3 million transfer fee. He soon became a permanent first team member in the midfield, usually playing on the left flank or in the centre, as a defensive midfielder, forming a notable midfield partnership alongside French playmaker Zinedine Zidane. Six successful years in Turin followed, with Davids helping the side to the Serie A title in 1998, 2002 and 2003, as well as two Supercoppa Italiana and the UEFA Intertoto Cup. Juventus manager Marcello Lippi once described him as “my one-man engine room”. Davids was often inspirational in Europe, playing 15 times as the club made it all the way to the 2002–03 Champions League final before losing to Milan on penalties. He had also previously managed to reach the Champions League final with Juventus in 1998, followed by a semi-final finish during the 1998–99 season, as well as reaching the 2002 Coppa Italia Final. 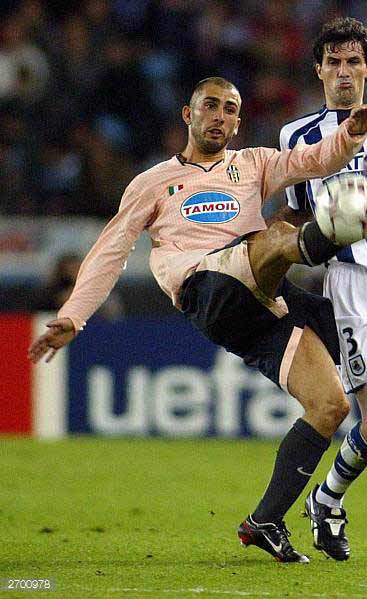 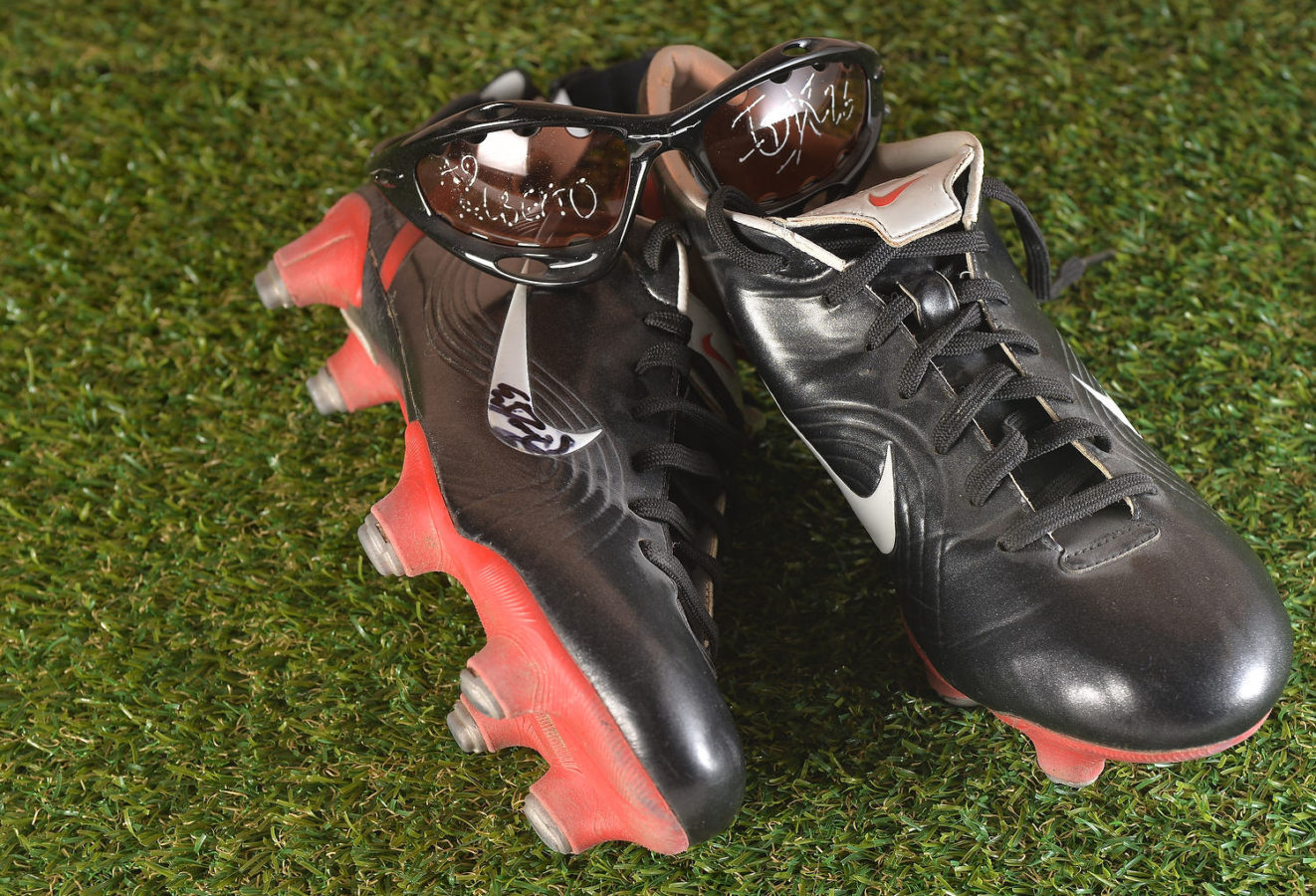 Edgar Davids was nicknamed “The Pitbull” by Louis van Gaal because of his marking ability, aggression, and hard tackling style of play. Davids was definitely a combative and energetic, yet creative and skilful midfielder. In 2004, he was one of the players chosen by Pelé to feature in the FIFA 100, his list of the world’s greatest living footballers. 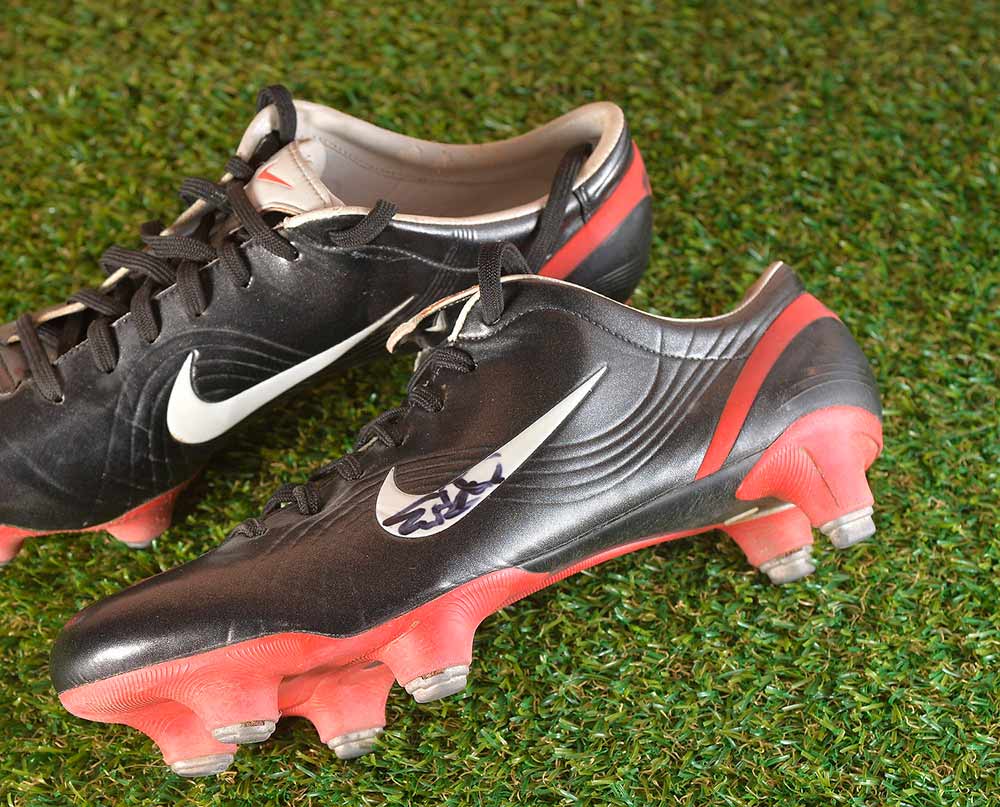 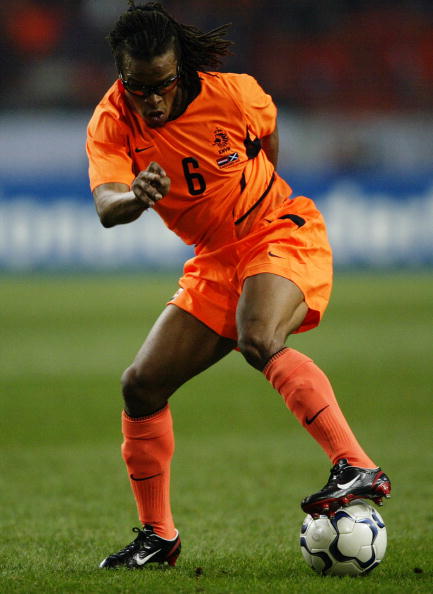 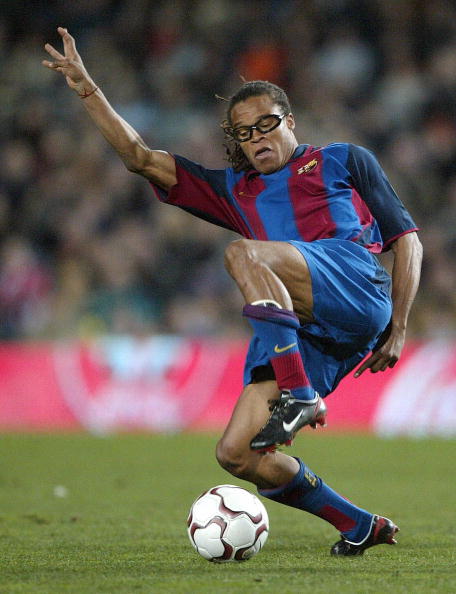 Edgar was testimonial of many important brands like Nike, Oakley, Pepsi and several video games campaigns. He shot many funny advertising for these brands. This Pepsi advertising below is definitely one of the funniest ones.