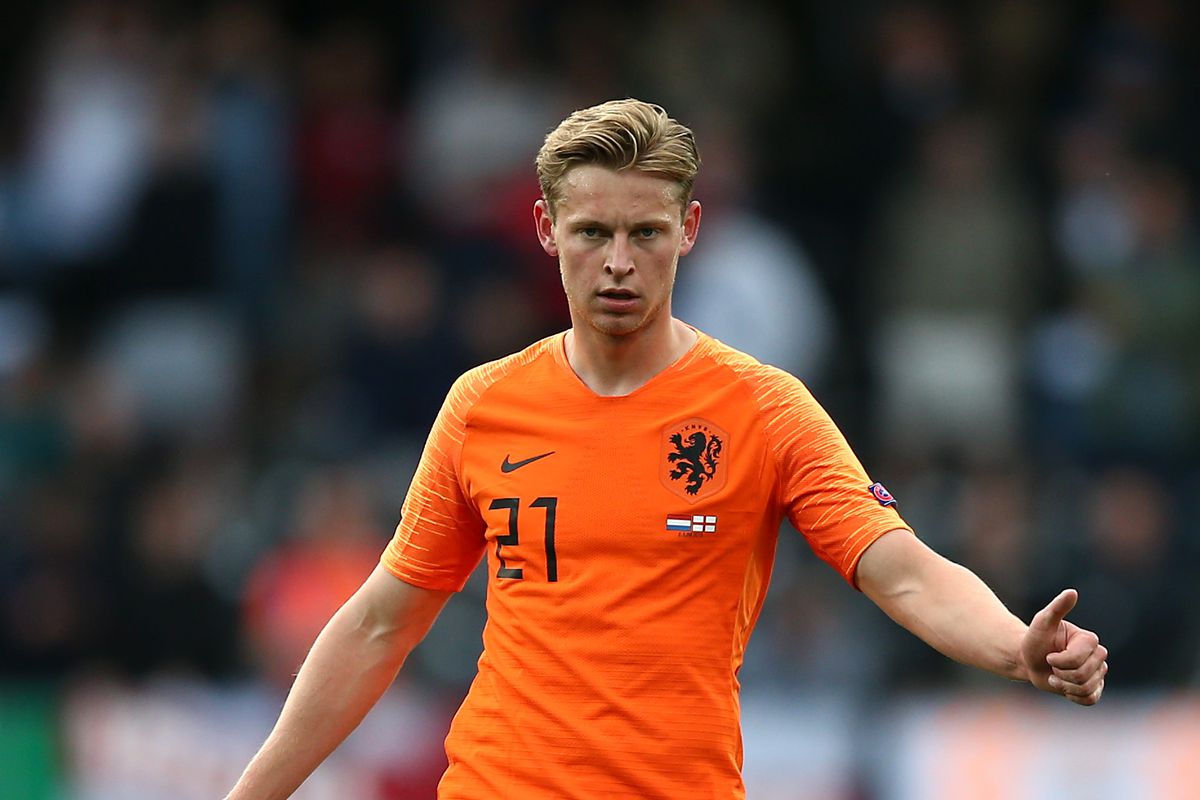 Frenkie de Jong is a Dutch professional footballer who plays as a midfielder for the Netherlands national team. A versatile playmaker, he is known for his strong defensive abilities. De Jong began his professional career at Willem II in 2015. He transferred to AFC Ajax for a fee worth €1 a year later. The fee was symbolic and offset by a sell-on clause. At Ajax he established himself as one of the best young midfielders in Europe, after winning a domestic double and reaching the Champions League semi-finals. De Jong won the Eredivisie and KNVB Cup, was Eredivisie player of the season, and was an instrumental part of Ajax’s first European Cup semi-final appearance in 22 years, in a breakthrough 2018–19 season. De Jong made his senior international debut for the Netherlands in September 2018. He became a starter in the inaugural UEFA Nations League, in which Netherlands finished runners-up. He agreed to sign for Barcelona after a deal was finalized in January 2019. He signed for the club in July, 2019, for a fee worth €75 million. De Jong was selected to the 2019 FIFA FIFPro World11 and was one of three Dutch players to feature in it for the first time in five years. 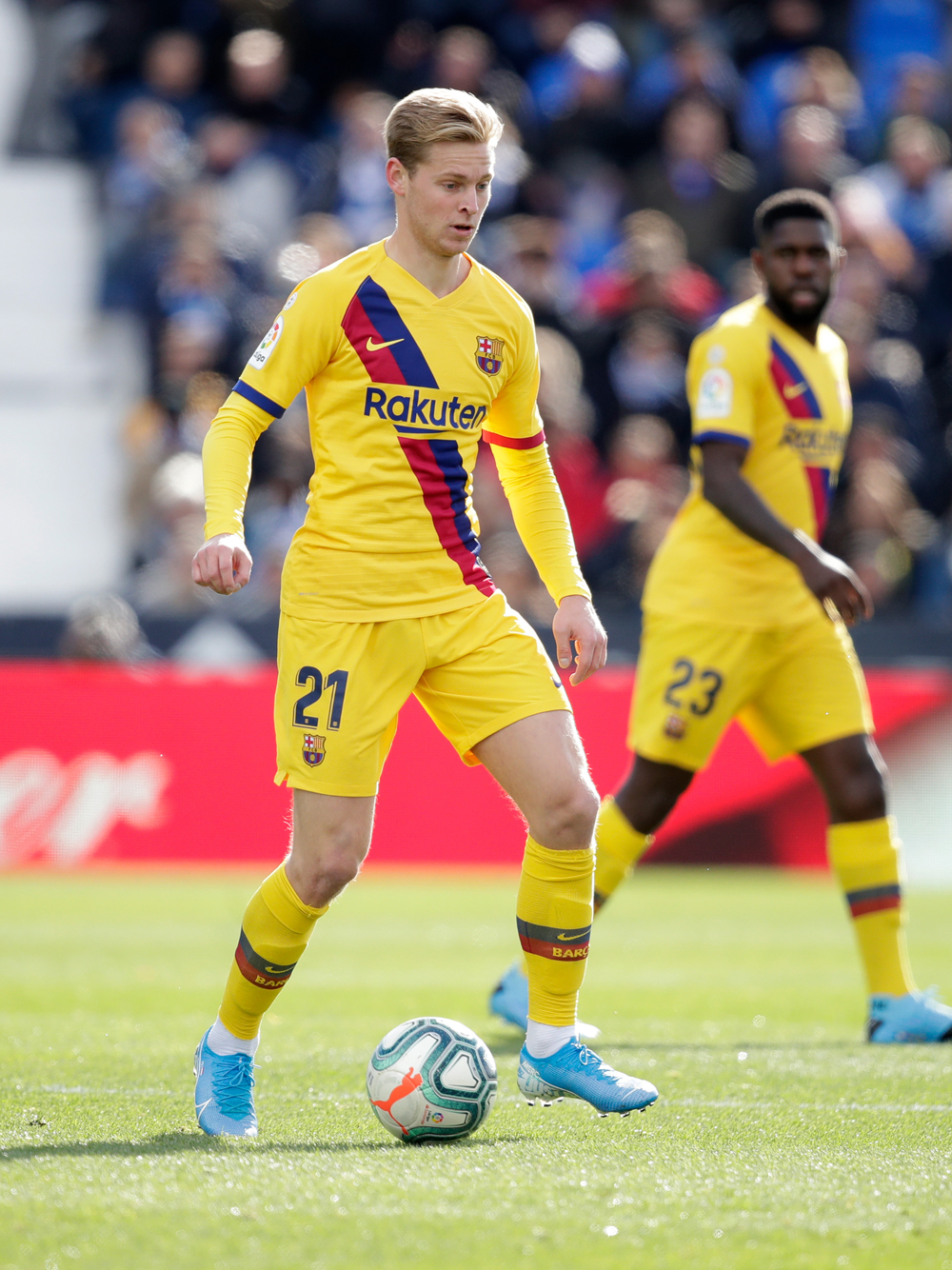 Frenkie has described himself as a player “who likes to have the ball a lot, and play possession.” A versatile player, de Jong can function as a regista, defensive midfielder, central midfielder, holding midfielder, box-to-box midfielder and centre back. He has been lauded for his combination of defensive stability and playmaking ability. He often partnered Matthijs de Ligt at centre-back, at Ajax. As a centre back, he abstained from committing fouls, showed great positional sense, and won possession frequently. In this more defensive role, his performances led to comparison with former German sweeper Franz Beckenbauer and likened his tendency to progress forward in possession, and ability to play-make, from defense to the German legend. Much like his contemporary and partner in the Barcelona midfield Arthur, de Jong’s vision has been praised along side his ability to dribble in narrow spaces, control over possession, and decisive passing. A natural passer, de Jong had a 91.4 percent pass accuracy, in all competitions, during his last season with Ajax. An extraordinary game-reader, he often makes offensive runs through the middle. His other attributes include a penchant for long cross-field passes, creating space, and absorbing attacking pressure. His close control, accuracy, work rate, and movement has drawn comparisons with Andrés Iniesta and Johan Cruyff. At Barcelona, he has primarily played on either side of a three-man central midfield. This has led experts and former players regard him as a player with “Barça DNA” who was “born to play for Barcelona.” 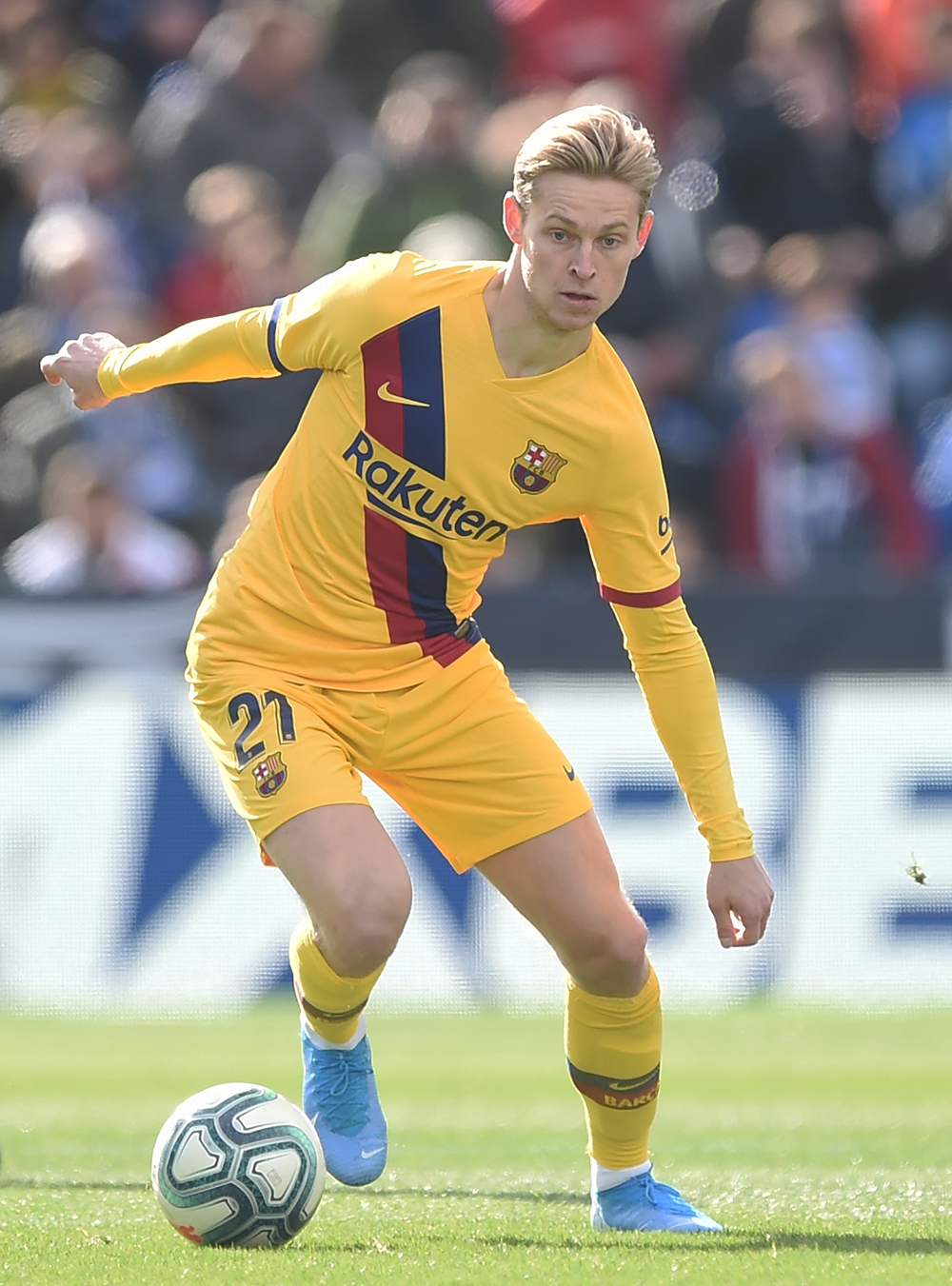 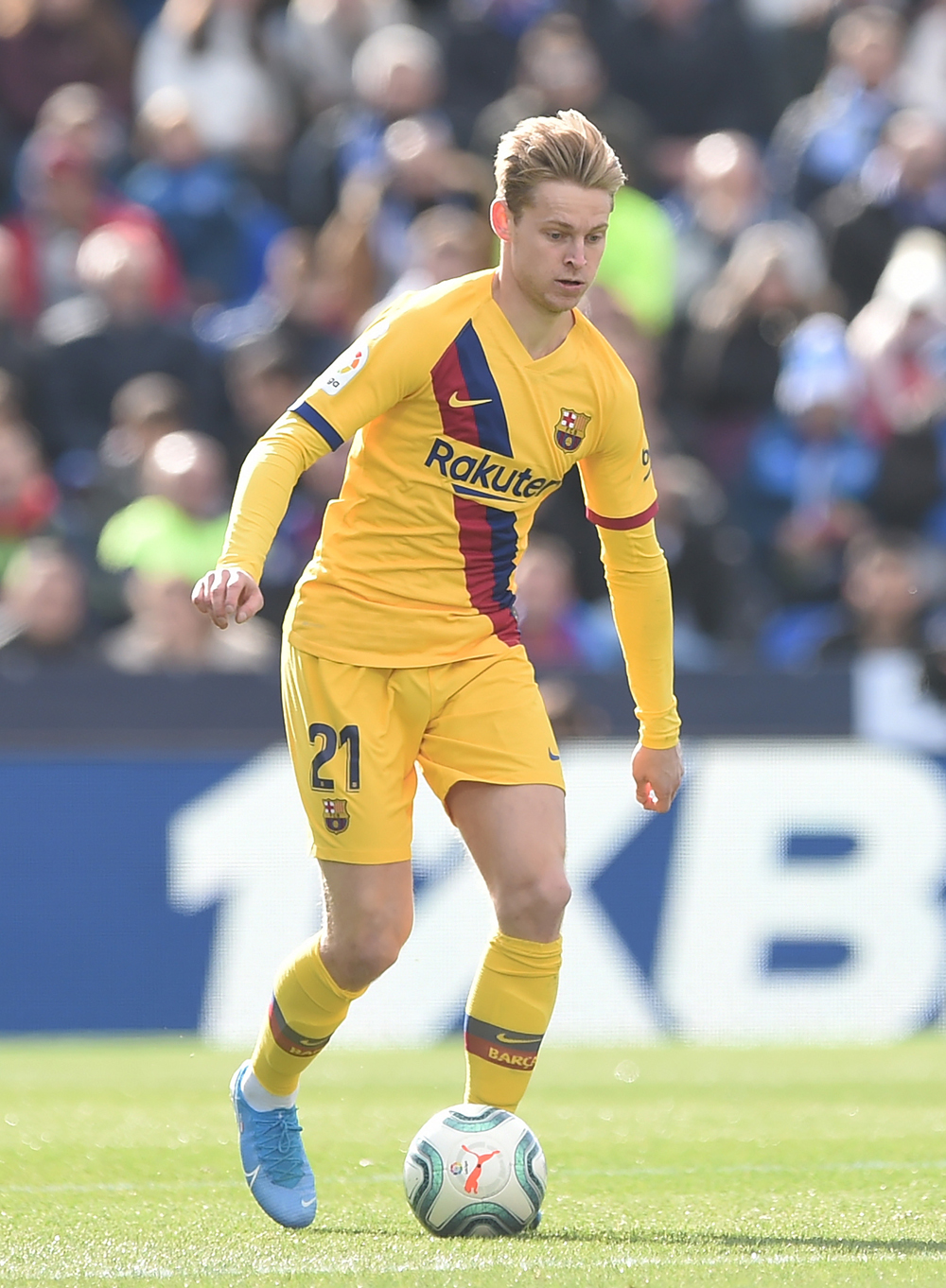 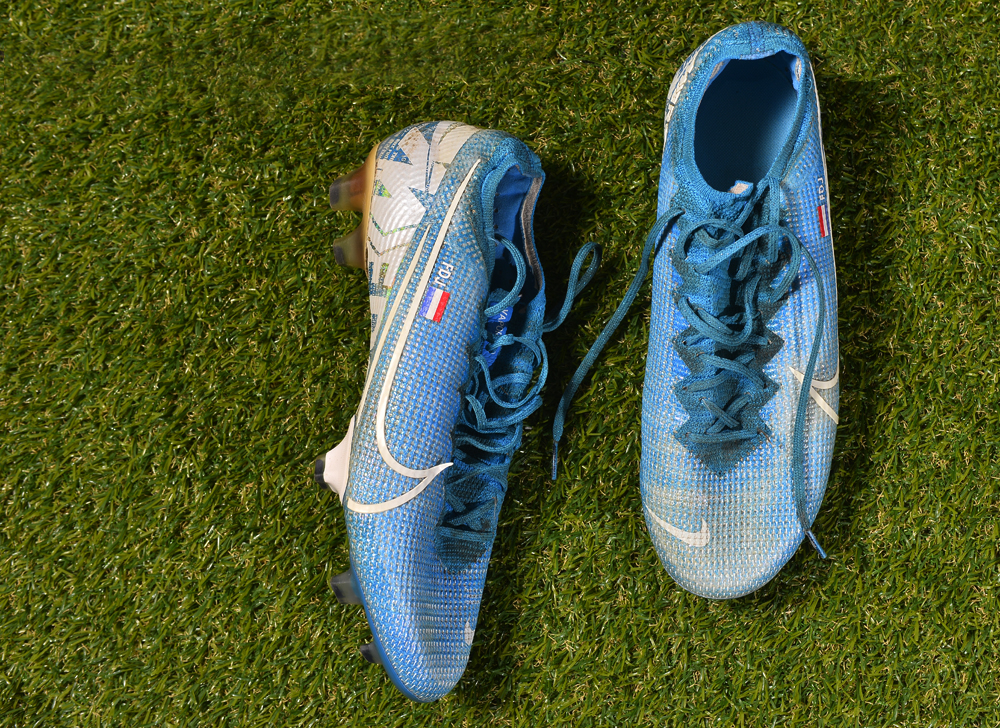 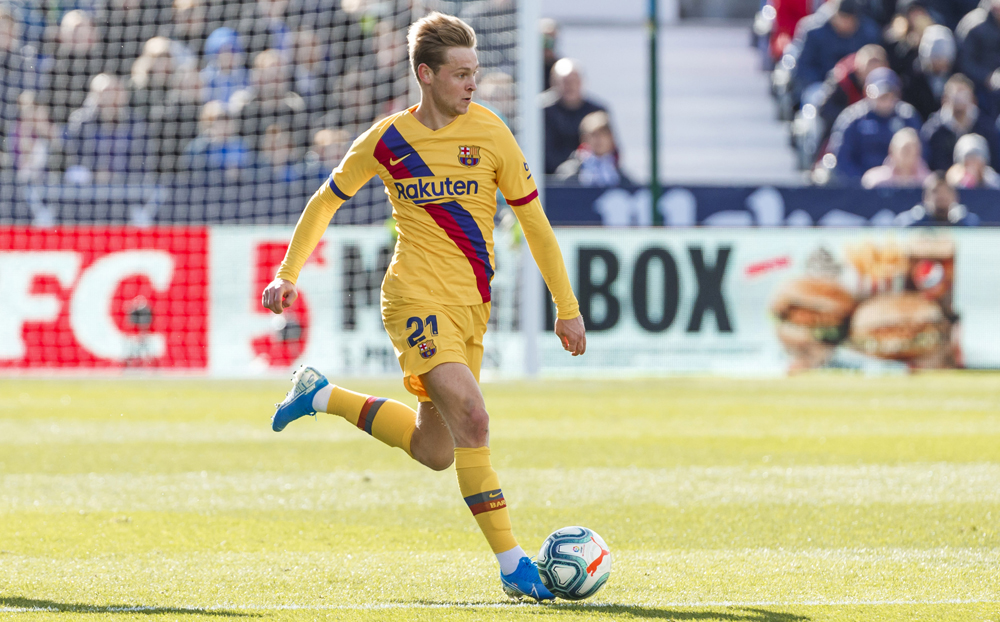 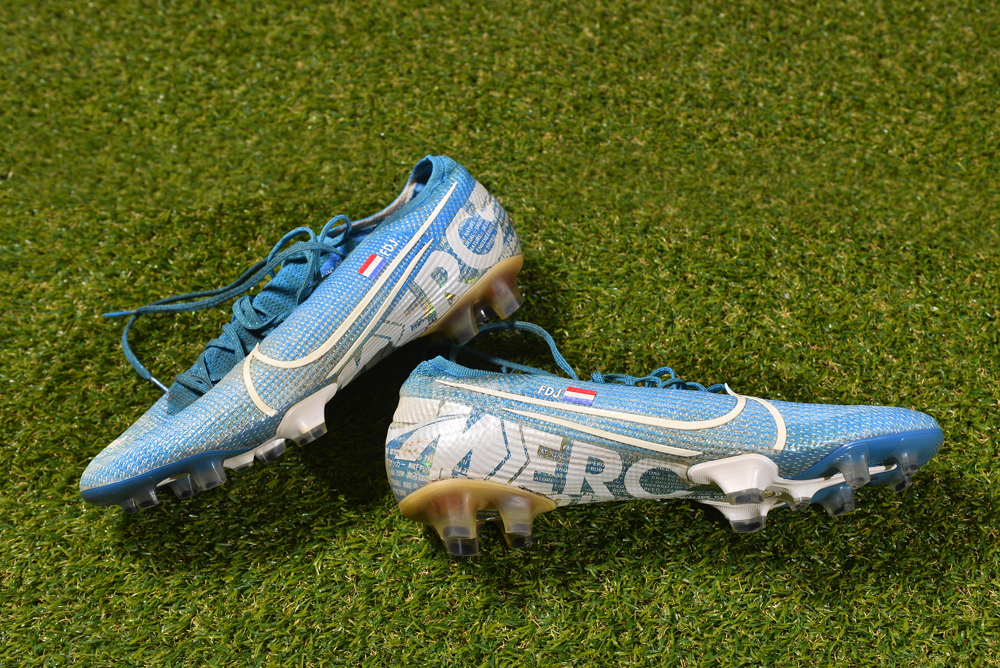 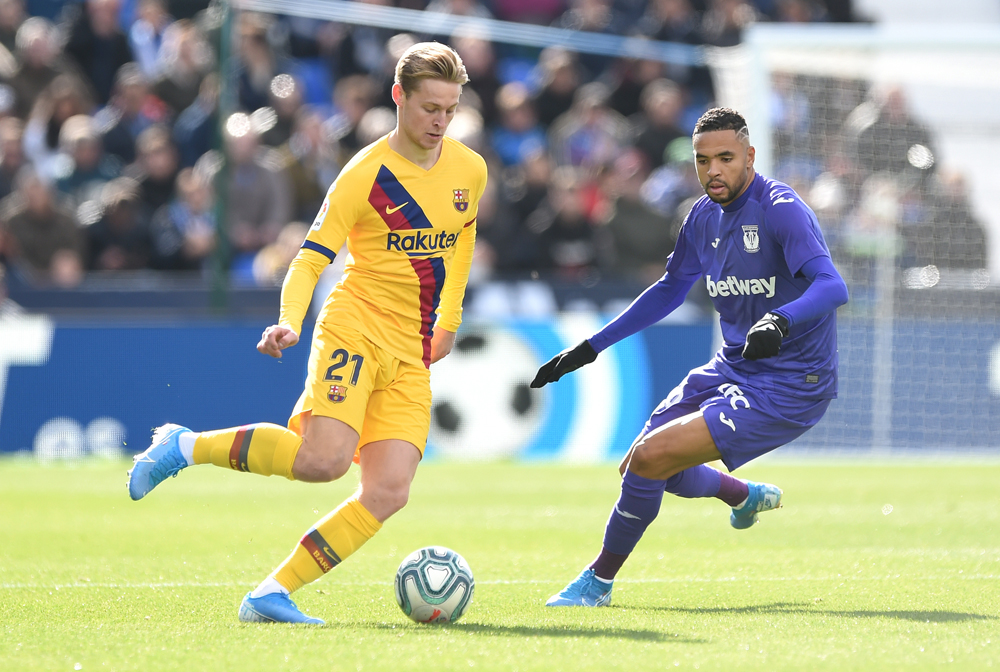 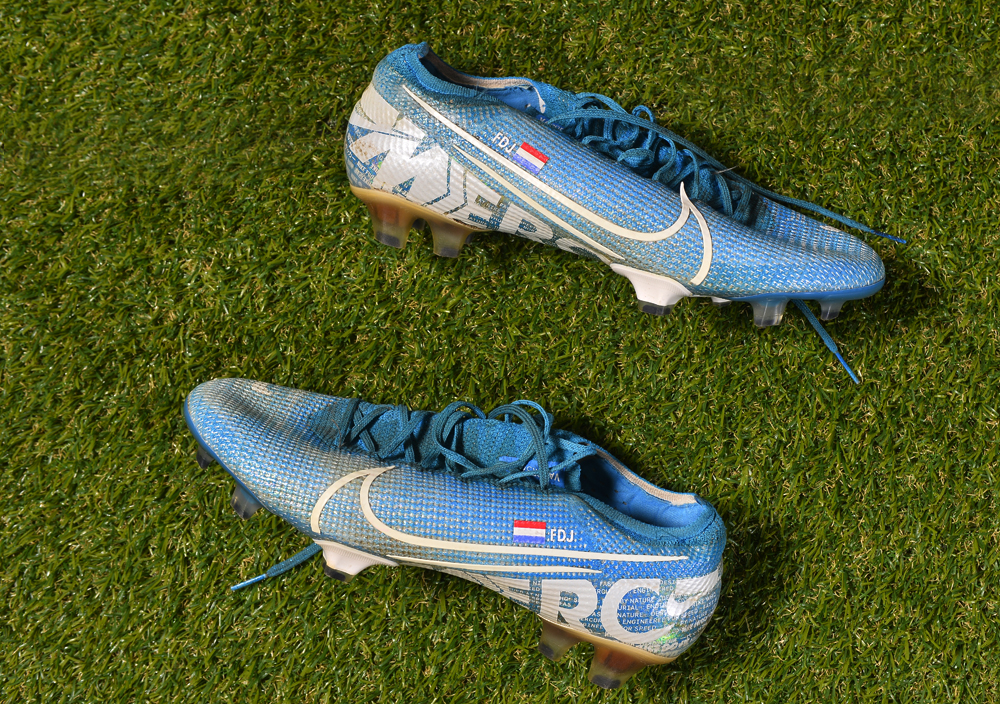 Grosso Grosso2021-05-27T12:45:28+00:00
Page load link
This site uses cookie technology, including third parties' ones. If you want to know more click here. If you access any element of this site outside this banner, you consent to the use of cookies. Ok
Go to Top