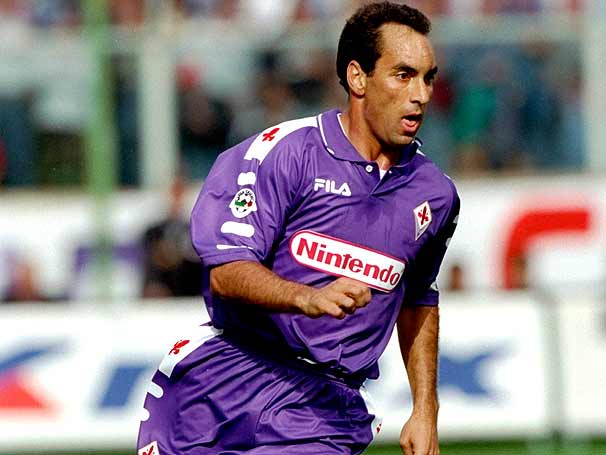 Edmundo Alves de Souza Neto, better known simply as Edmundo, is a retired Brazilian footballer who played as a forward. Nicknamed as Animal, Edmundo played for Brazil in the victorious 1997 Copa América, and at the 1998 World Cup, where they finished in second place. With Brazilian side Palmeiras, he won the Campeonato Brasileiro in the beginning of the Nineties, while with Vasco da Gama, he won the 1997 Campeonato Brasileiro Série A, scoring 29 goals; he also had spells in Italy and Japan. A talented yet controversial footballing figure, he drew attention both for his skill, as well as for his volatile behaviour, both on and off the pitch. At international level Edmundo made 42 appearances for Brazil between 1992 and 2000, scoring 10 goals. He was a member of the team that won the 1997 Copa América, and also made two substitute appearances at the 1998 FIFA World Cup, where the team finished in second place to hosts France. Additionally, Edmundo was a member of the Brazil squad that took part at the 1993 and 1995 Copa América tournaments, winning a runners-up medal in the latter edition; he also won a bronze medal at the 1998 CONCACAF Gold Cup. Furthermore, he took part in two exhibition tournaments with the Brazil national side, winning the 1995 Umbro Cup, and finishing second in the 1997 Tournoi de France. Despite his talent, however, Edmundo’s turbulent lifestyle off the pitch, as well as extensive competition from several other world-class Brazilian strikers at the time (including Bebeto, Romário, and Ronaldo), are thought to have limited his playing time at international level. 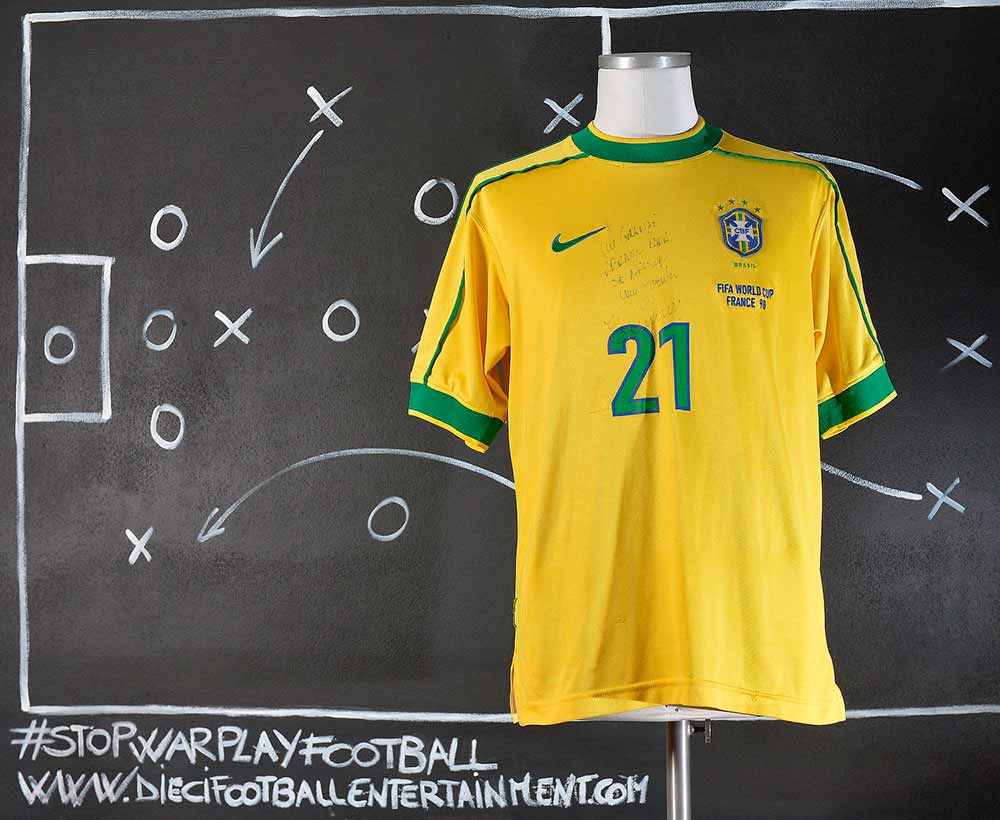 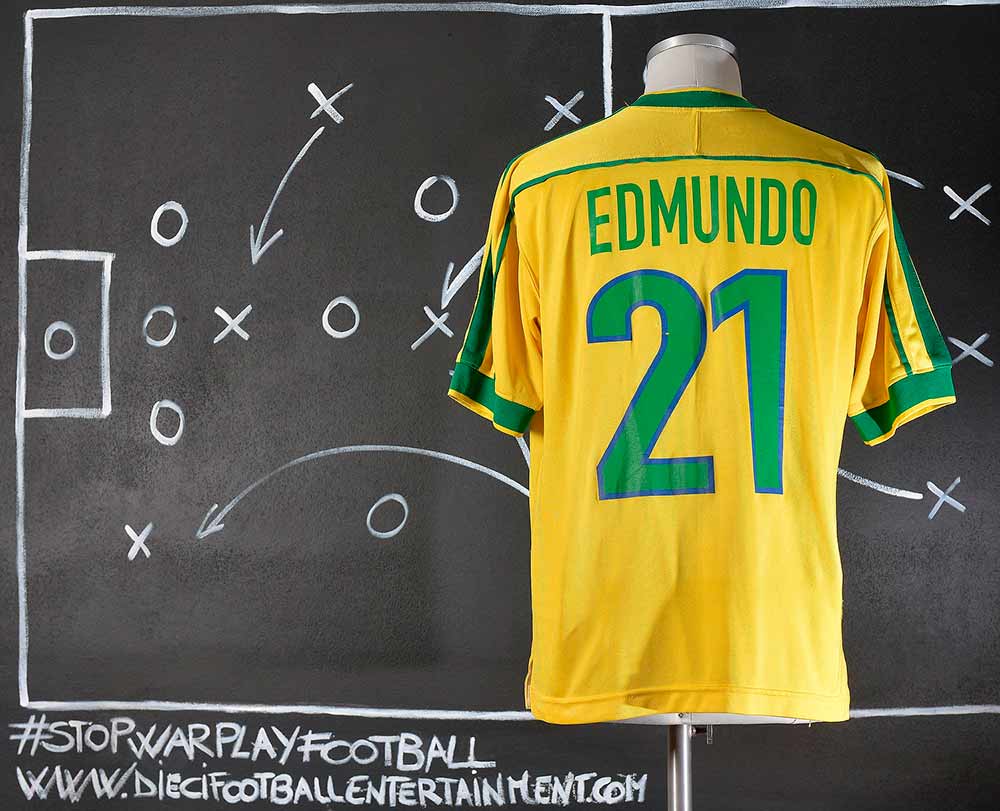 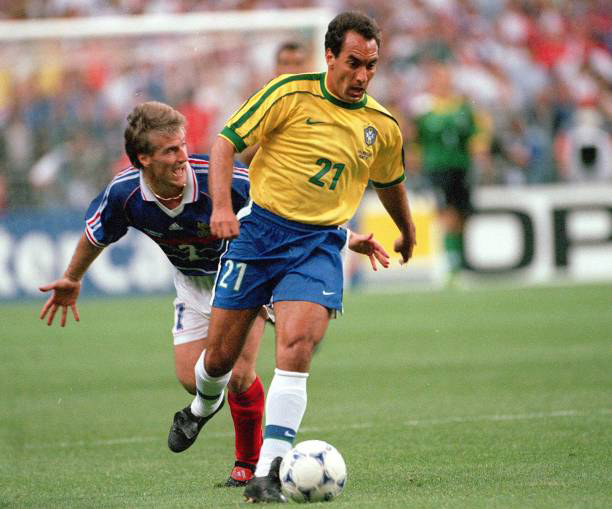 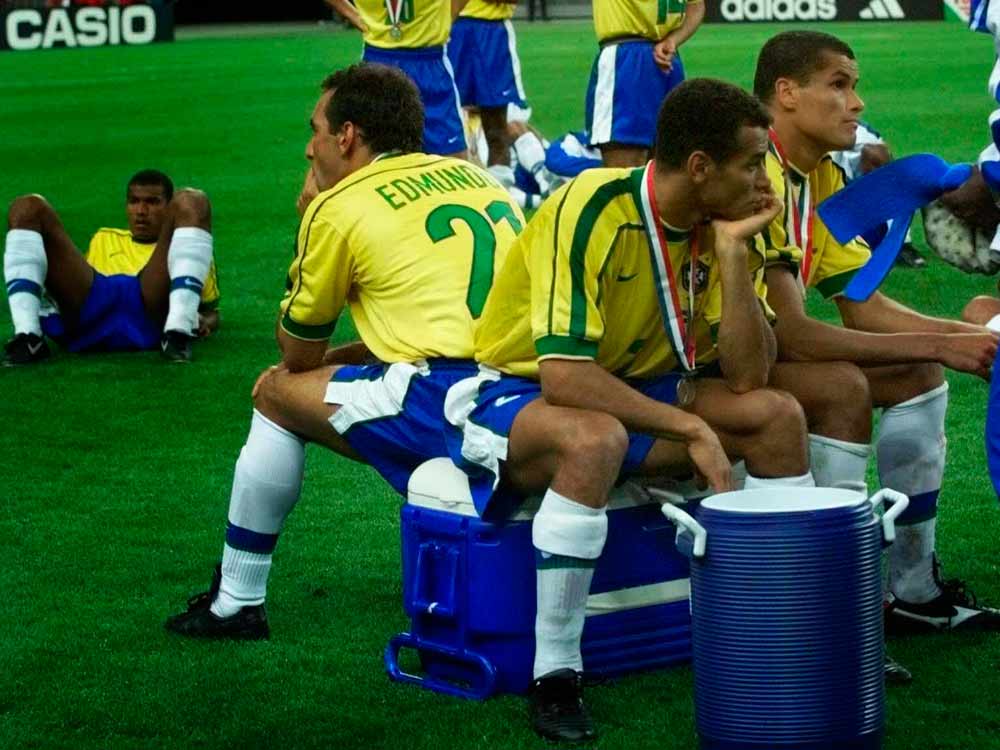 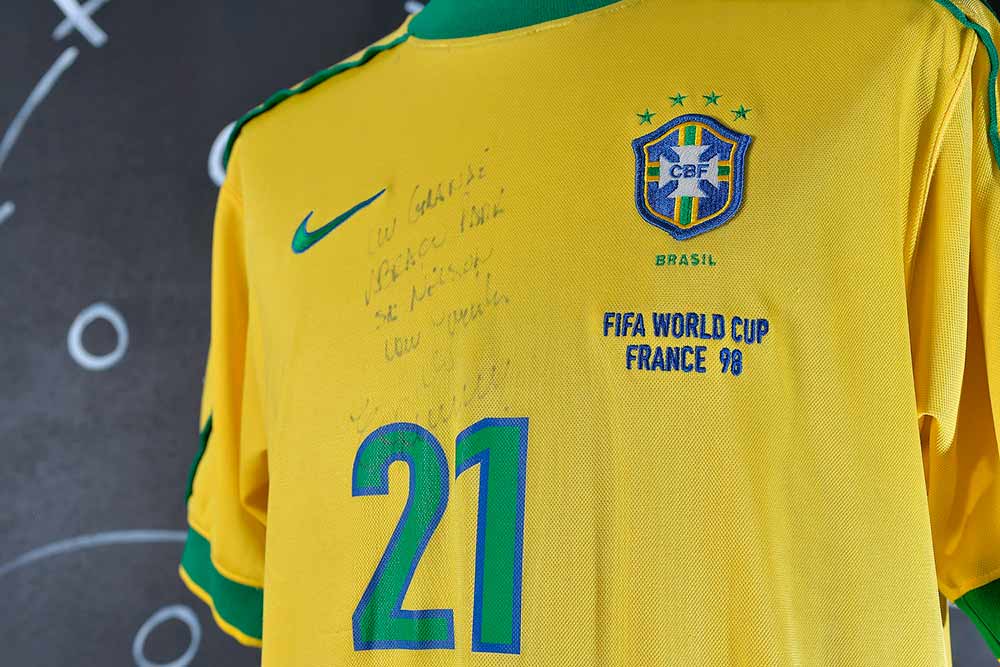 The 1998 FIFA World Cup Final was a football match that was played on 12 July 1998 at the Stade de France in Saint-Denis to determine the winner of the 1998 FIFA World Cup. The final was contested by Brazil, who were the defending champions having won the previous FIFA World Cup four years earlier in 1994, and the host nation France, who had reached the final of the tournament for the first time. France won the match 3–0 to claim the World Cup for the first time, with the timing of the match two days before Bastille Day adding to the significance of the victory. Zinedine Zidane, who was named man of the match, scored twice before half-time and Emmanuel Petit added a third goal in the last minute. The match had an attendance in the region of 75,000.  The match also saw speculation on the condition of the Brazilian striker Ronaldo, who suffered a convulsive fit on the eve of the match. After initially being left out of the team sheet, in spite of his physical state, it was announced just 72 minutes before kick-off that he was going to play. In the match, he sustained an injury in a clash with French goalkeeper Fabien Barthez. Although it was believed that the decision to play Ronaldo had backfired, it was understandable as the player had been a crucial member of the side throughout the tournament, having scored four goals and created three more. 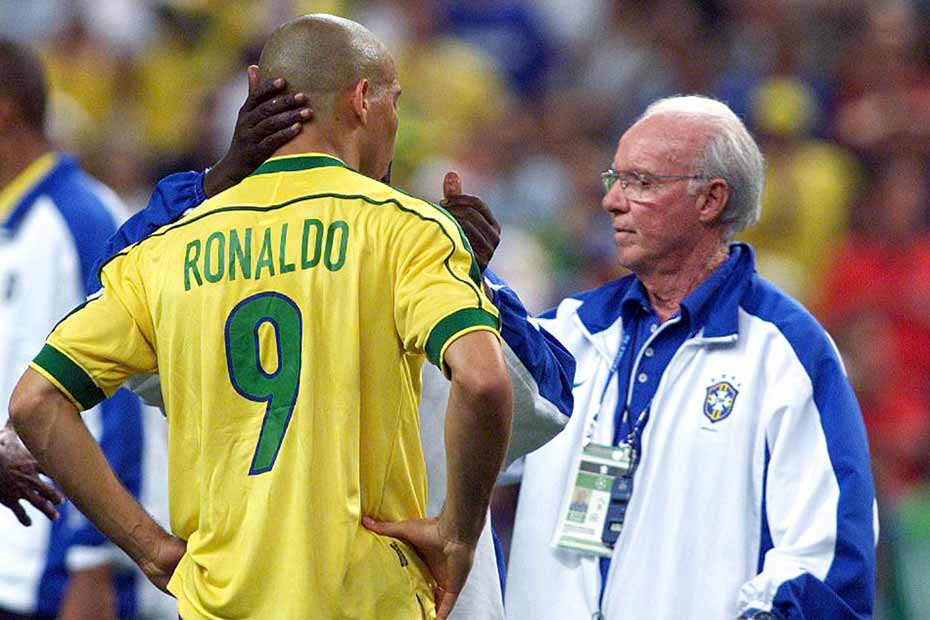 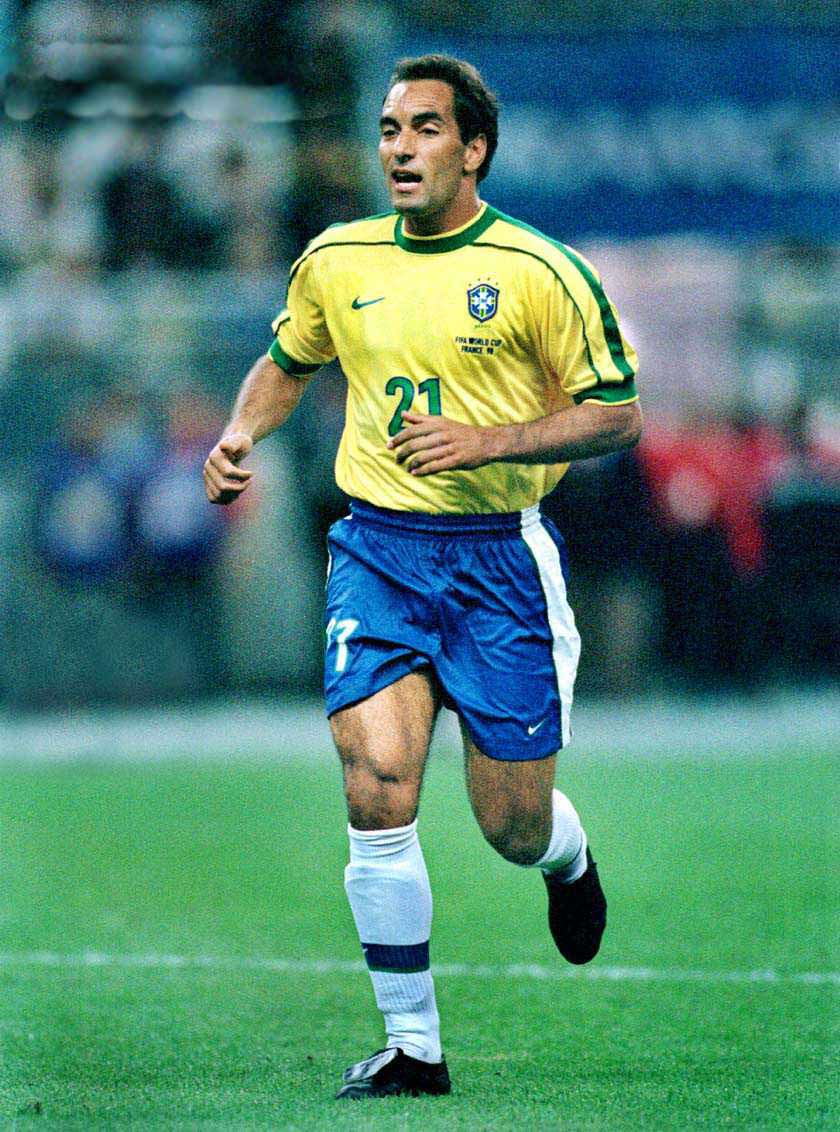 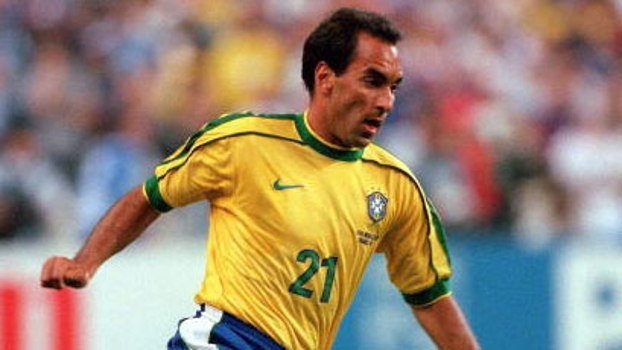 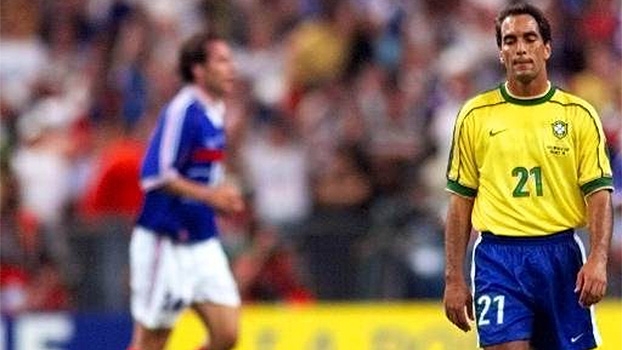 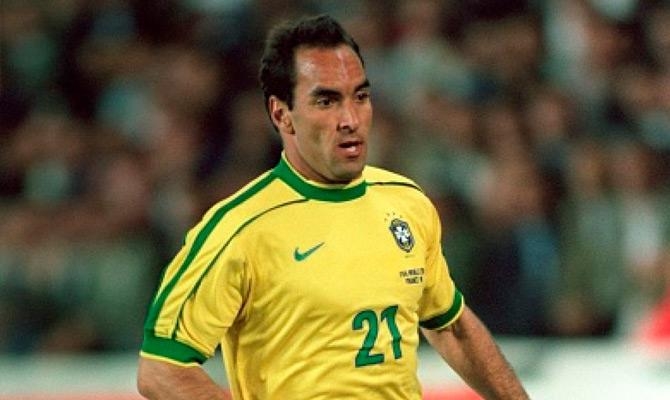 Brazil were drawn in Group A for the group stages alongside Scotland, Morocco and Norway. They recorded victories over Scotland (2–1) and Morocco (3–0) to progress but lost their final game 2–1 to Norway. They next faced Group B runners-up Chile in the last-16 and comprehensively won 4–1, Ronaldo and César Sampaio each scoring twice. In the quarter-finals, they played Denmark, who had also won their previous game 4–1 (against Nigeria), but Brazil won a tight game 3–2. Despite being 1–0 down to a Martin Jorgensen goal in the second minute, Brazil turned the game around in their favour with goals from Bebeto (11) and Rivaldo (27). Brian Laudrup equalised for Denmark after 50 minutes but Brazil won the game 10 minutes later courtesy of a second from Rivaldo. In the semi-finals, Brazil faced the Netherlands in Marseille. The game finished 1–1 at full-time, Ronaldo scoring just after half-time and Patrick Kluivert equalising for the Netherlands in the 87th minute, and the score remained the same through extra-time. The match had to be settled by penalties which Brazil won 4–2 to reach their second successive World Cup final. 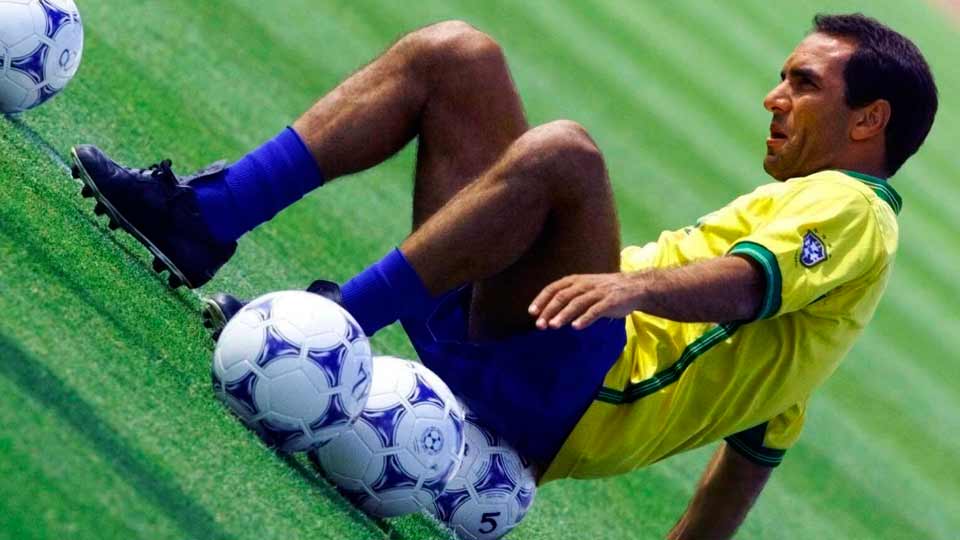 Edmundo was a quick, powerful, creative, and technically gifted player, who was known for his pace, strength, acceleration, and his outstanding dribbling skills, as well as his use of feints, including the Pelé runaround move; as a second striker, he was capable of both scoring and assisting many goals. Despite his talent, he was also a tenacious and controversial footballer, who was criticised for his poor work-rate and lack of consistency at times; he was also known for his aggression and poor behaviour on the pitch, which often led him to pick up cards, and earned him the nickname O Animal (The Animal, in Portuguese).

Known for his tenacious style of play and aggressive behaviour, as well as his skill on the pitch, Edmundo was also involved in several incidents off the pitch throughout his career; he had several disagreements with his managers and officials, and was known for his “partying”. In 1999, he faced prosecution by animal welfare groups after hiring an entire circus to perform in his back garden to celebrate his son’s first birthday. At the party he was accused by some individuals of the press of having a chimpanzee called Pedrinho drunk on beer and whiskey. Subsequent images of this appeared in the media (including the February, 2004 issue of the UK version of FHM magazine) and have passed into football legend. Days later, Edmundo proved those accusations were false. The same year, during his turbulent time with Fiorentina, he also escaped a four prison sentence for drinking driving during the Rio Carnival of 1995, after being involved in an accident that resulted in the deaths of his three passengers; for his behaviour he received a seven-day suspended sentence. In 1998, due to his difficult relationship with the Florentine club, he suddenly left for the Rio Carnival halfway through the season, and was two days late in returning to Florence according to the Italian newspaper Il Corriere della Sera. 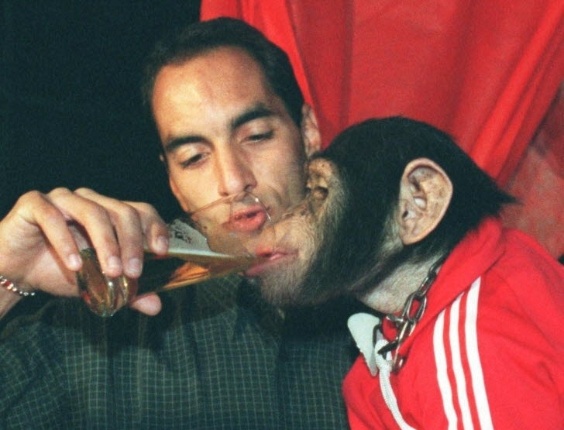 Grosso Grosso2020-07-20T10:15:33+00:00
Page load link
This site uses cookie technology, including third parties' ones. If you want to know more click here. If you access any element of this site outside this banner, you consent to the use of cookies. Ok
Go to Top