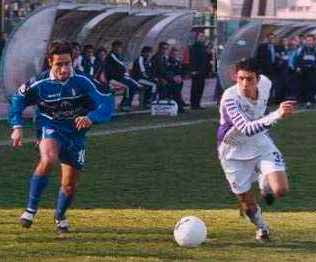 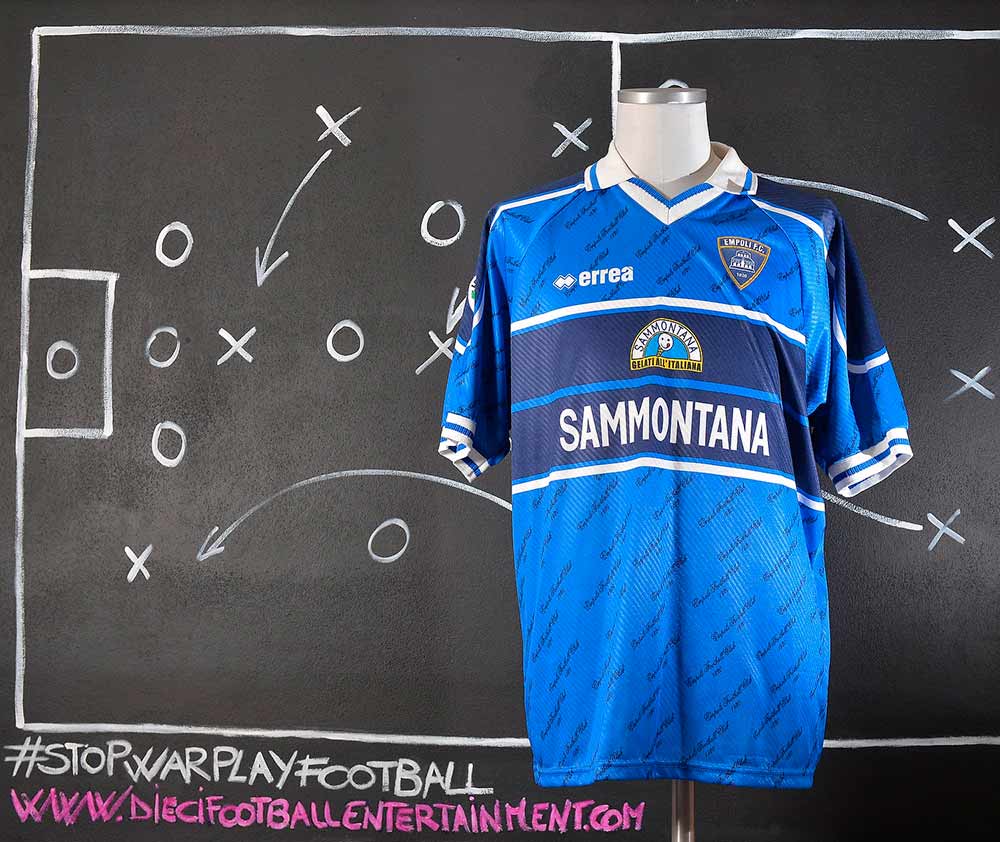 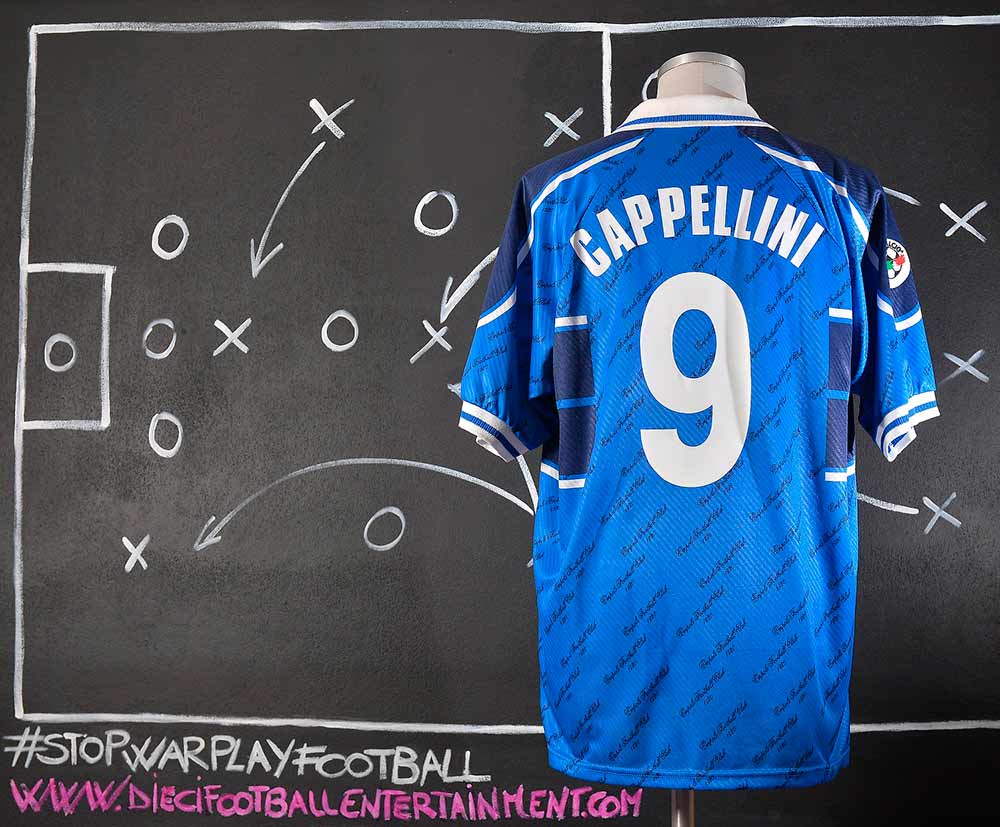 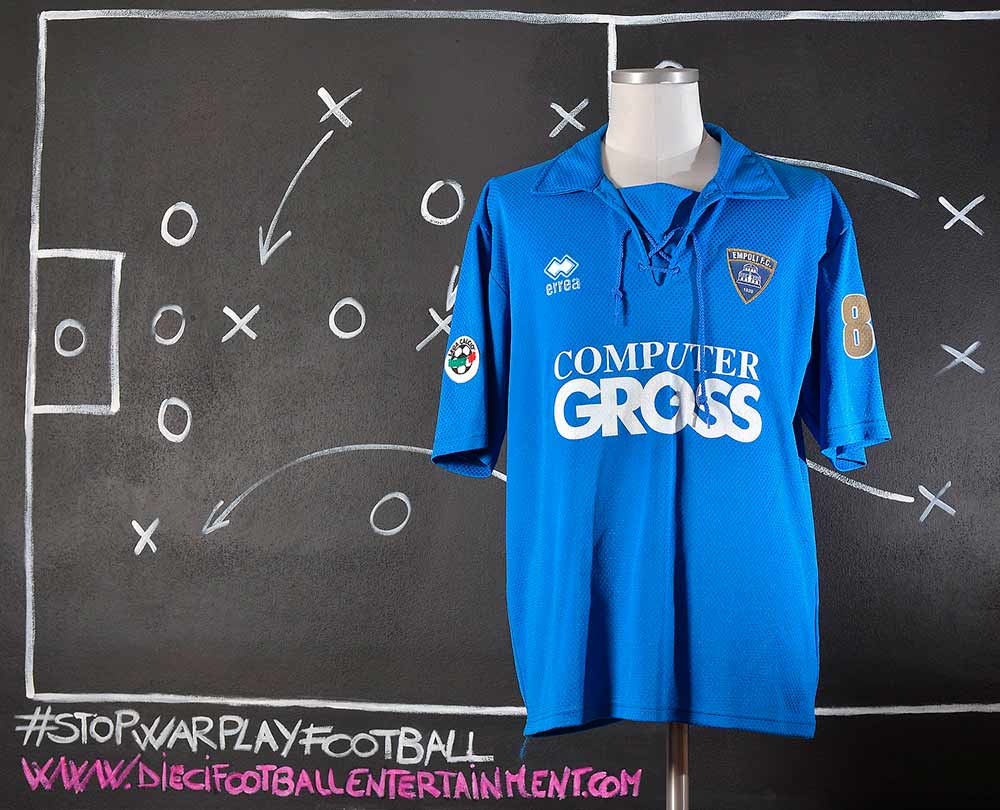 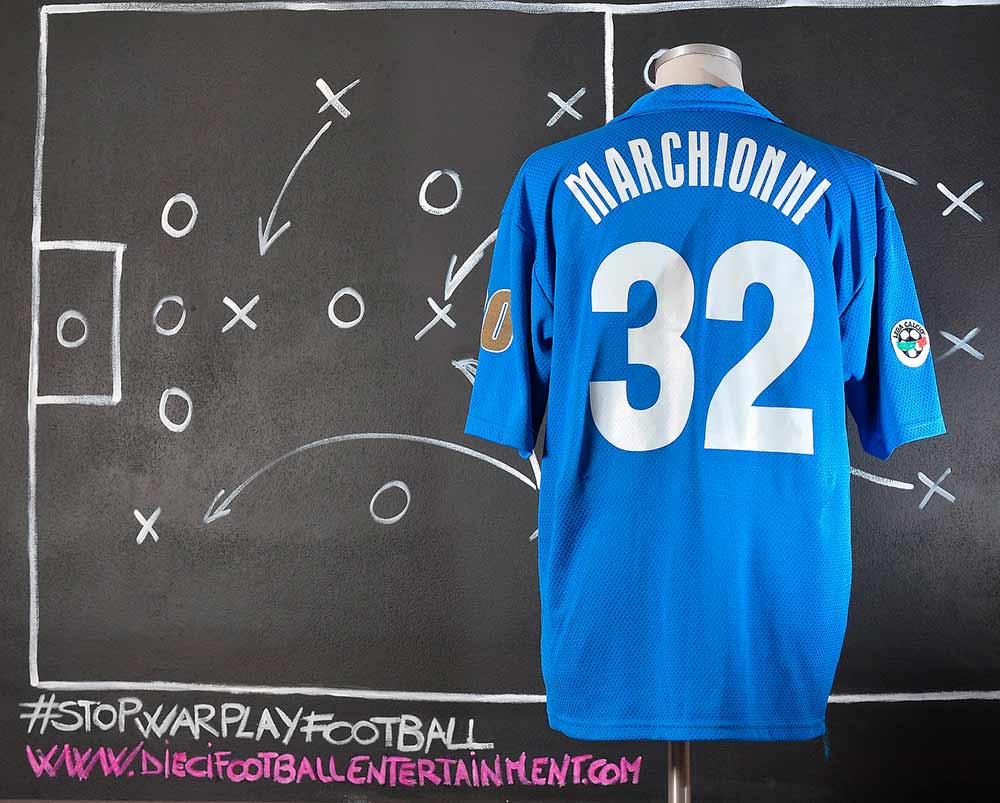 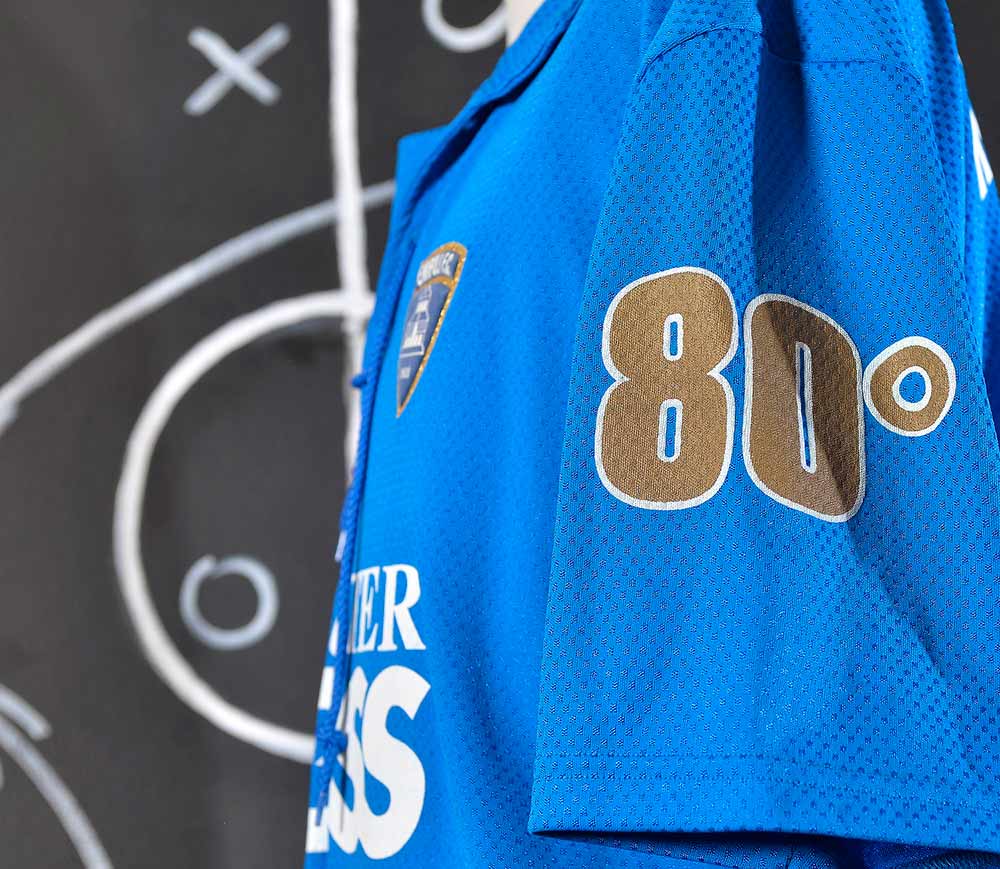 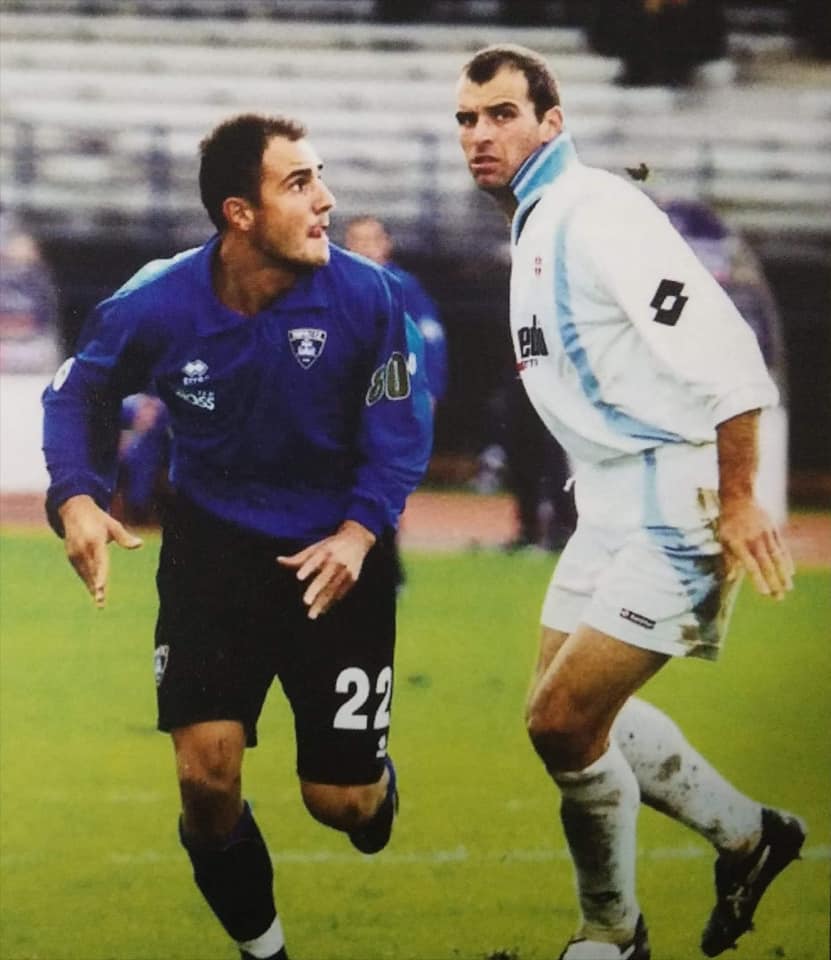 This model of shirt was used by the team only during two games of the season 2000/2001, in the home game against Treviso and in the away game against Ravenna. The 80° on sleeves celebrated the Empoli’s 80th Anniversary. An important season that ended with final Serie B Championship 5th place. 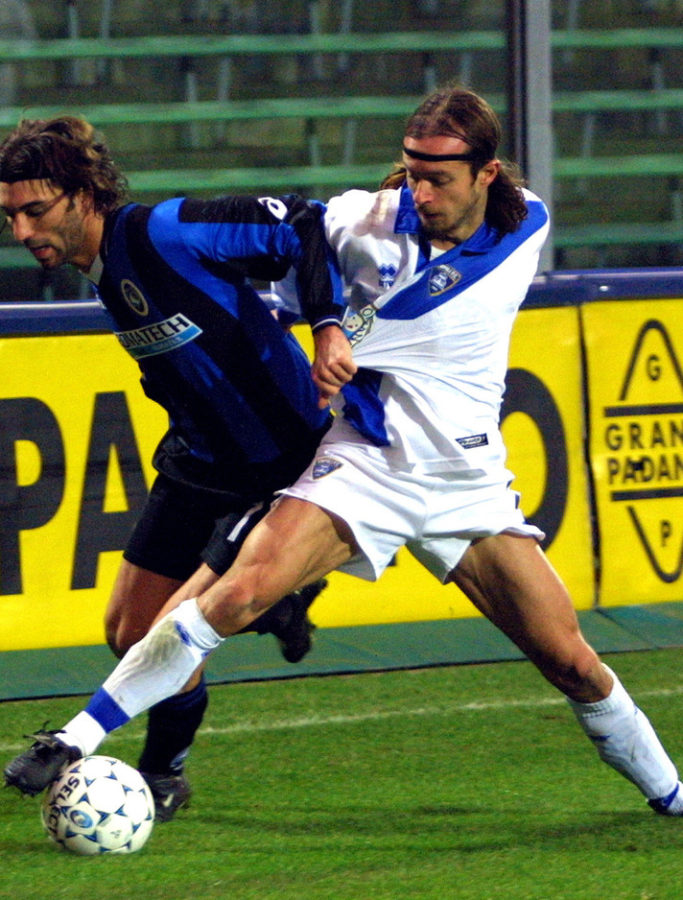 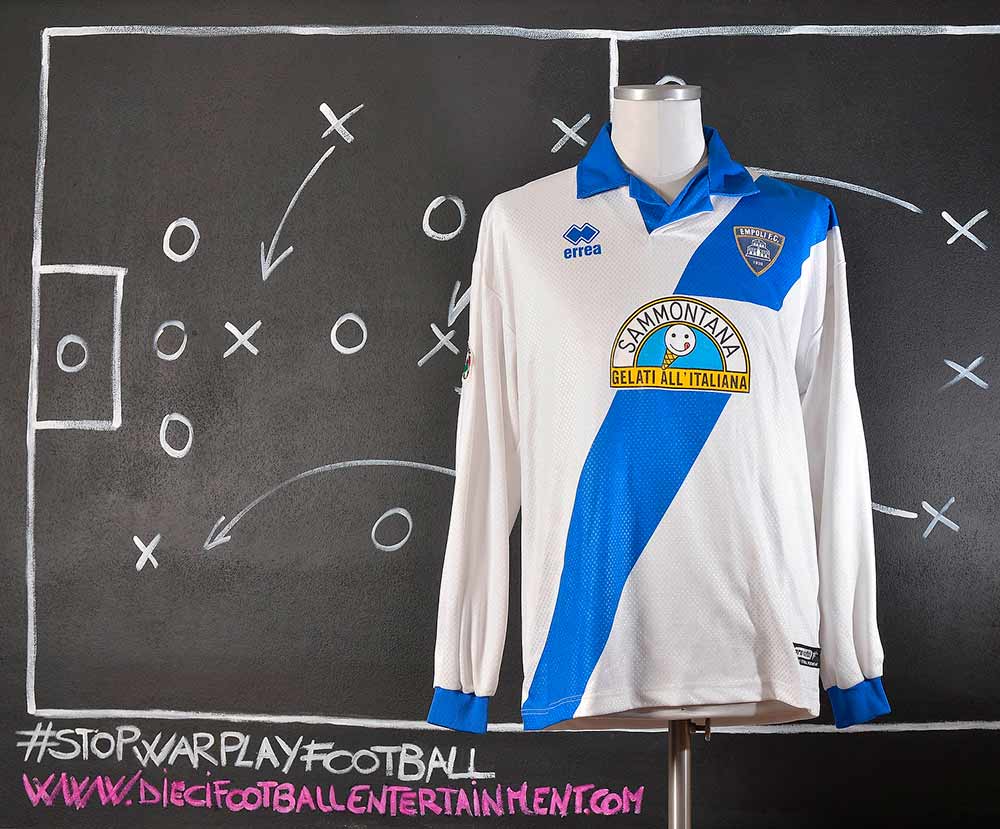 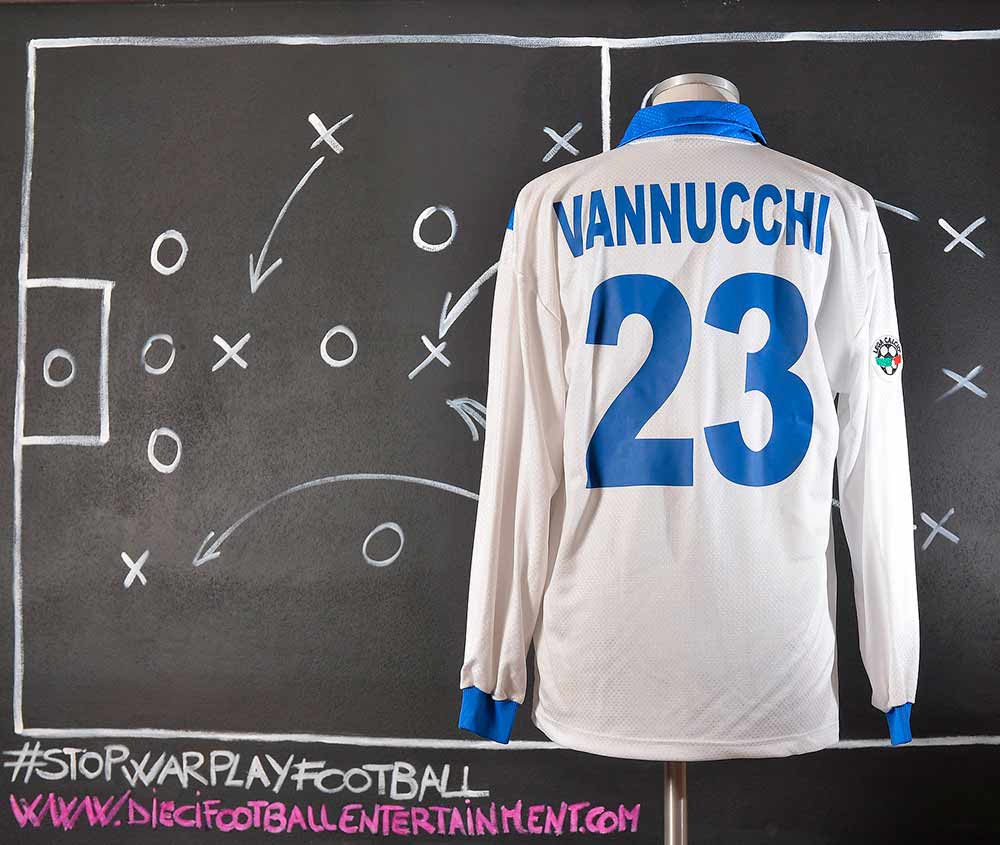 He joined first Empoli in their 2002-2003 campaign, and returned to the Tuscan side on January 2004 after an unimpressive six-month stay at Palermo. He was the team captain and was considered one of the most representative players of the squad. Vannucchi has represented Italy at U-21 level, winning the UEFA U-21 Championship in 2000, also representing the Italy U-23 side at the 2000 Summer Olympics. 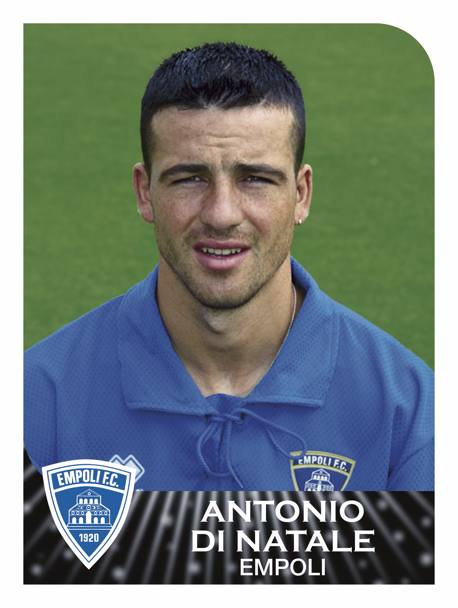 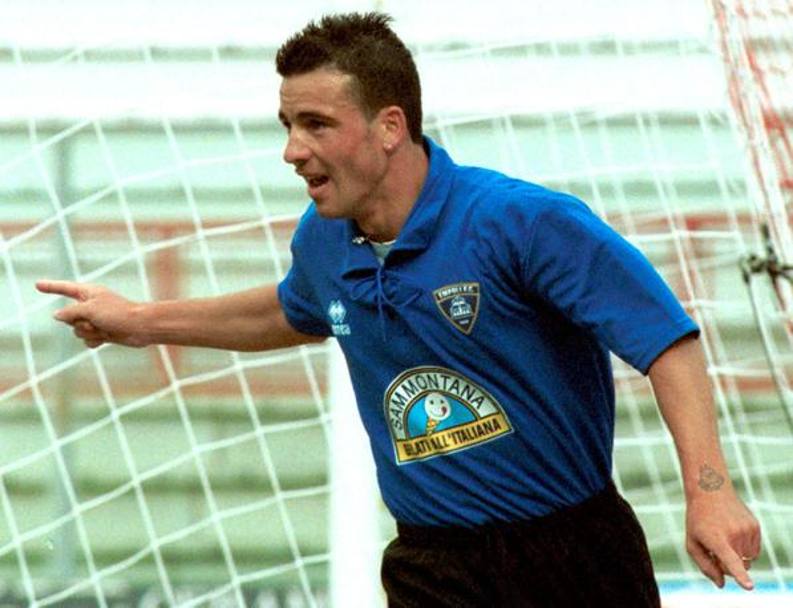 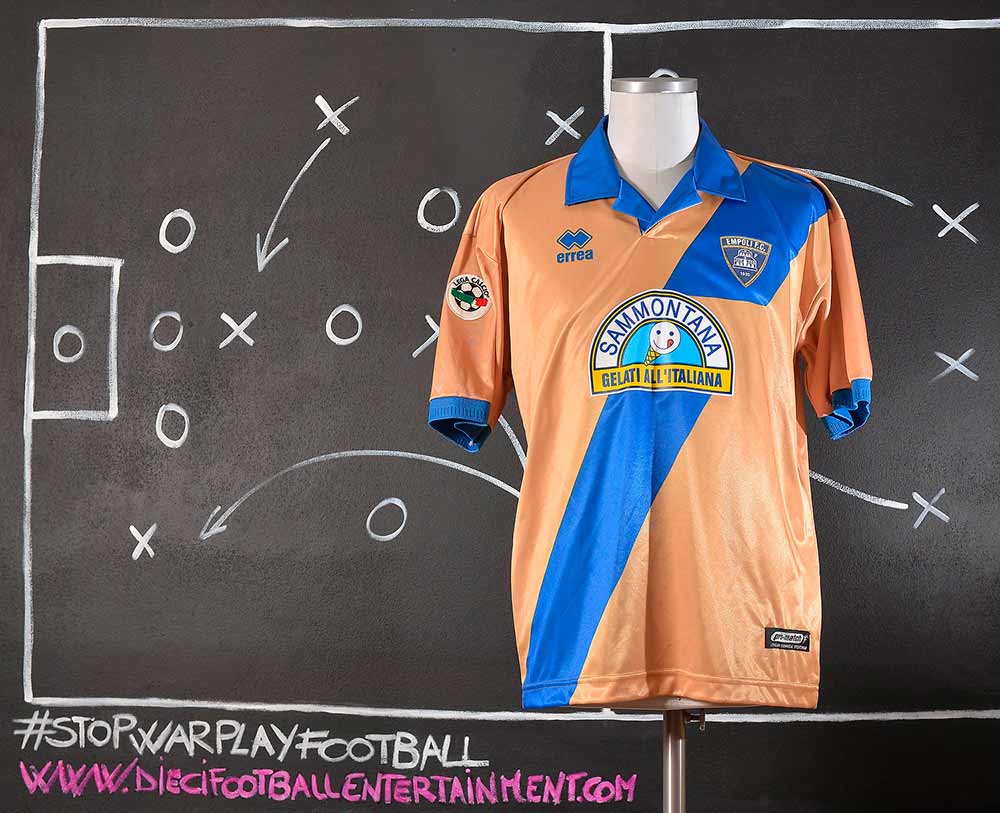 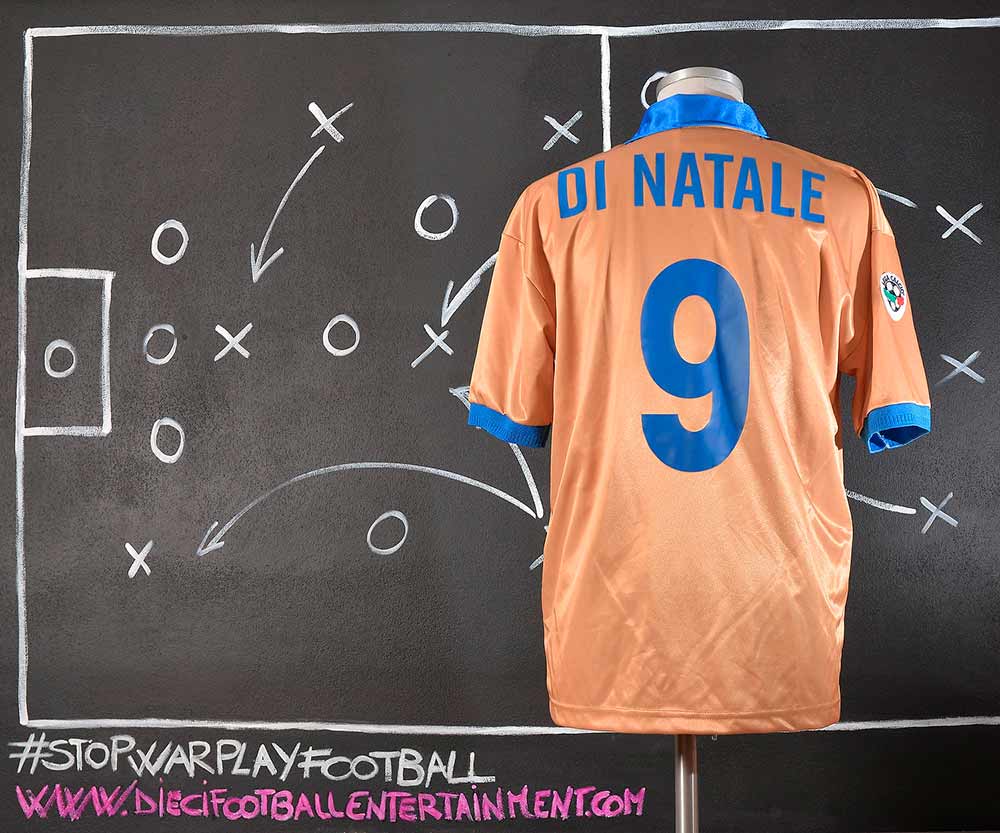 Despite being born in Naples, Antonio Di Natale made the move north for his footballing career, joining Empoli’s youth system. While at Empoli, he was loaned out three times, enjoying success with Viareggio in the 1998–99 campaign, where he scored 12 goals in 25 games for the Tuscan side. Upon his return to his parent club, he finally made his breakthrough into the first team squad and established himself as an integral member of the side. He netted six times in 25 appearances for Empoli during the 1999–2000 campaign, as Empoli finished in ninth place in Serie B. Empoli won promotion to the Serie A in 2002 after finishing in fourth place during the 2001–02 Serie B season with 67 points. They finished with 60 goals, the largest tally in the competition, and Di Natale finished as the club’s top goalscorer with 16 league goals. In Empoli’s first season back in the topflight, he helped the club fight off relegation by netting 13 times in the league. This included a hat-trick in Empoli’s 4–2 defeat of Reggina on 17 November 2002. The next season was less fortunate for Di Natale, who only scored five goals in the league. Following two seasons in the Serie A, Empoli were relegated back to the Serie B at the end of the 2003–04campaign. 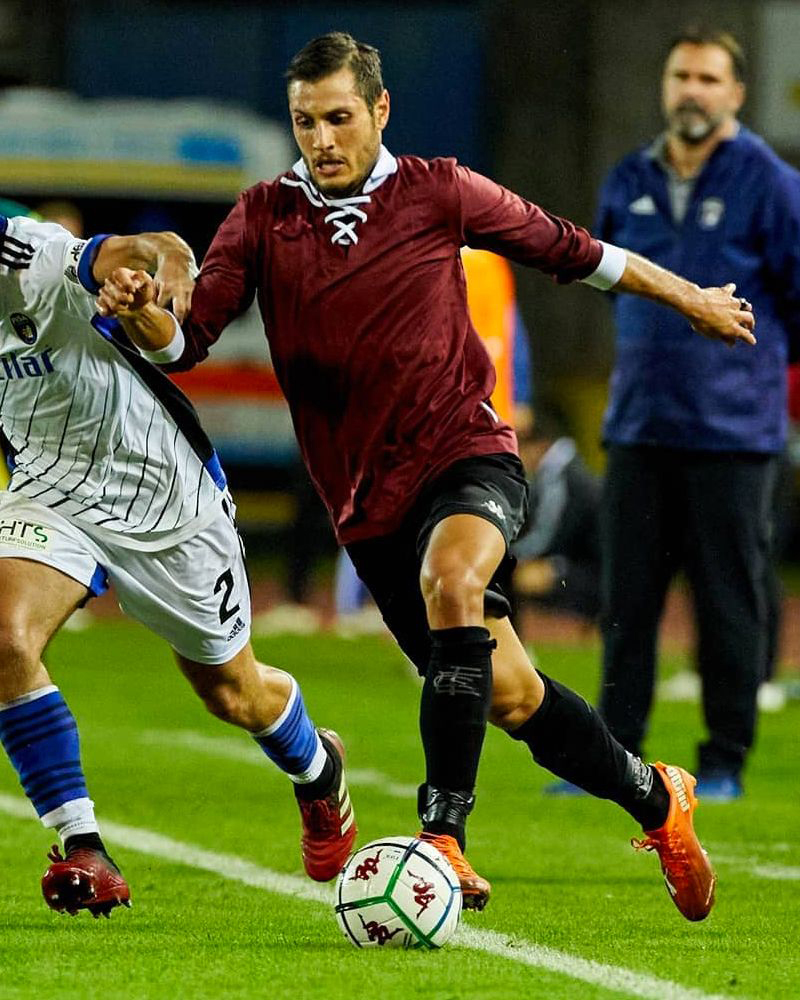 This shirt was worn by Nedim Bajrami during the Serie B game between Empoli and Reggiana which took place in Empoli, “Carlo Castellani” Stadium, on December 22nd 2020. Empoli draw 0-0. This shirt represents the team 100th Anniversary special kit, released by Kappa. For this occasion, Empoli has decided to put history back on the pitch, abandoning the traditional blue that has been accompanying the team for years.  This wine red shirt, without sponsors, with tone-on-tone logos and laces around the neck is inspired by the shirts of 1920 and the club’s first-ever jerseys and it was worn by the team in few games only and it made its debut against Pisa. Most of the worn shirts were then auctioned to fundraise team charity’s activities. 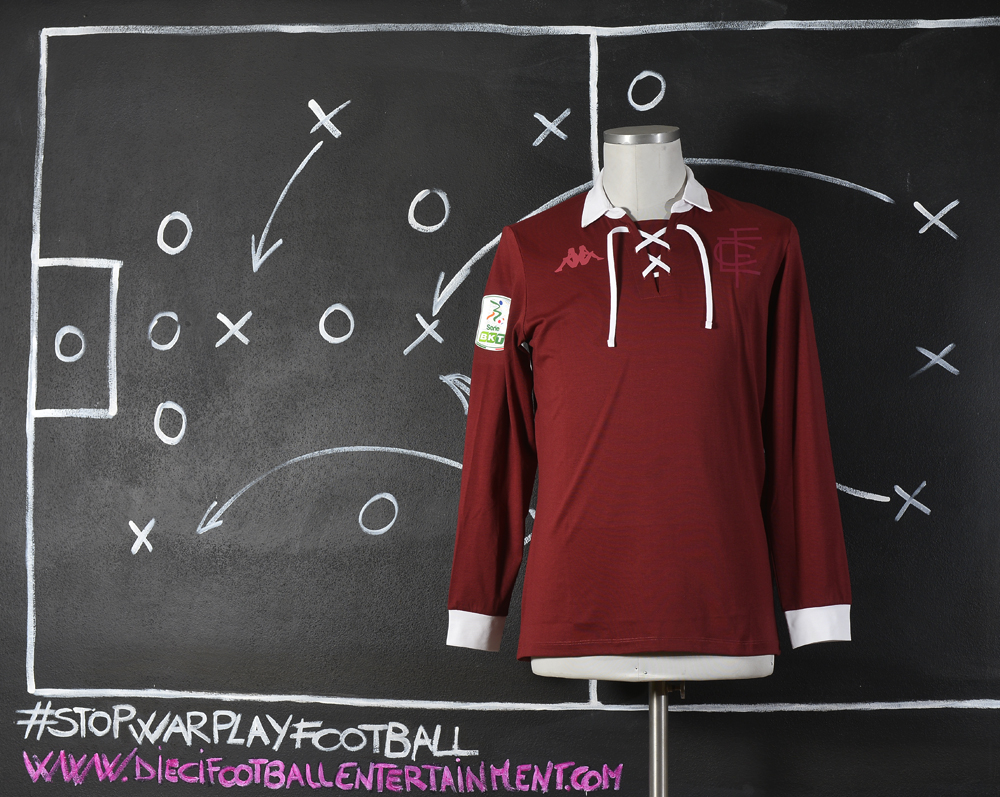 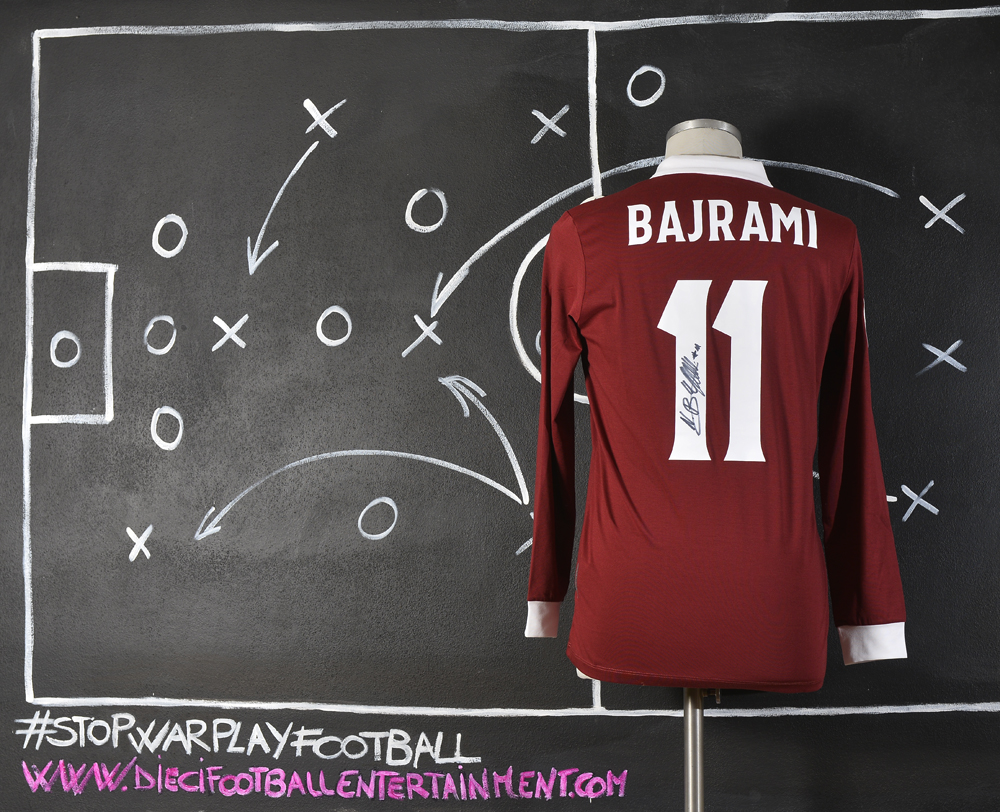 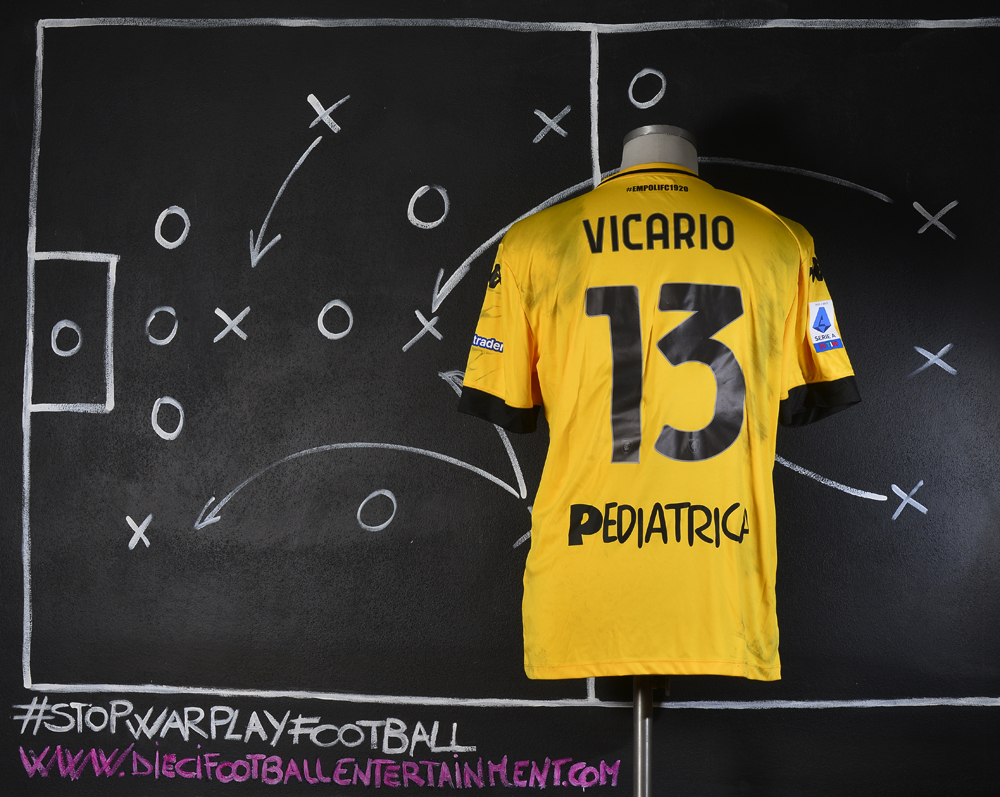 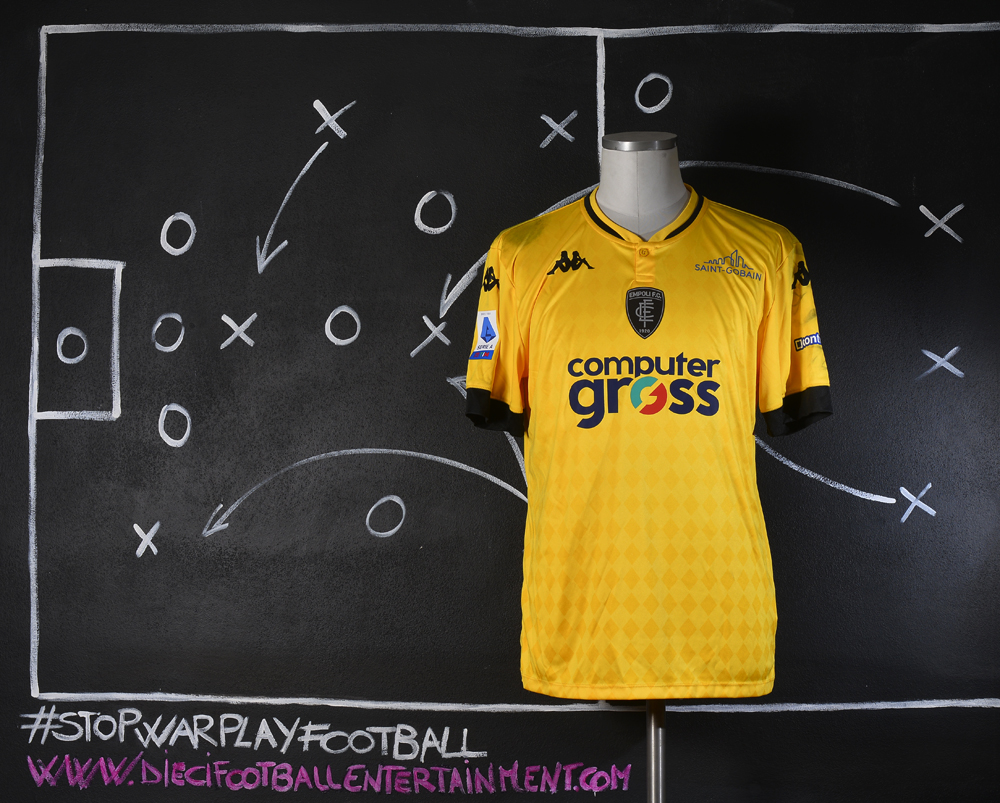 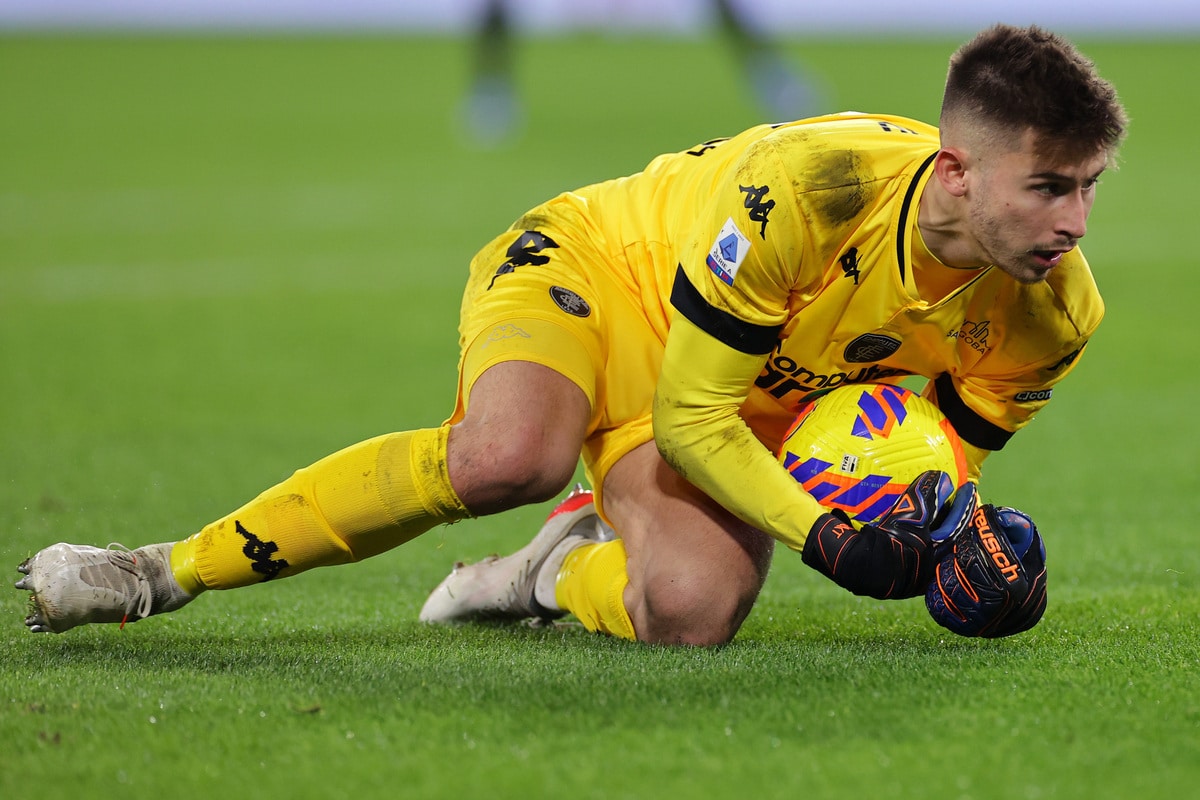 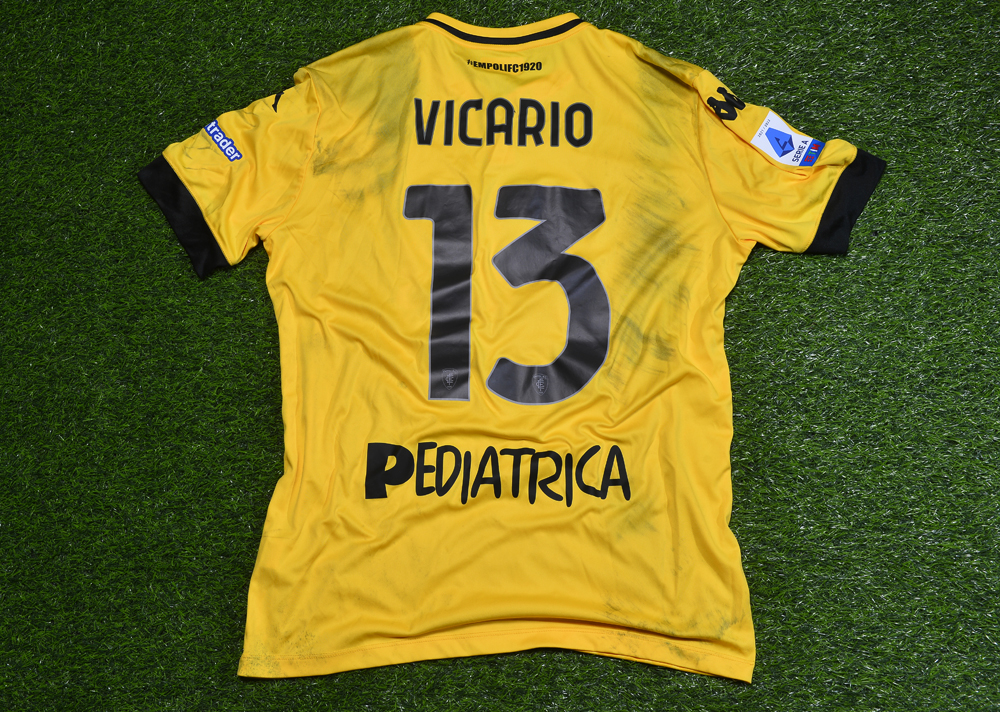 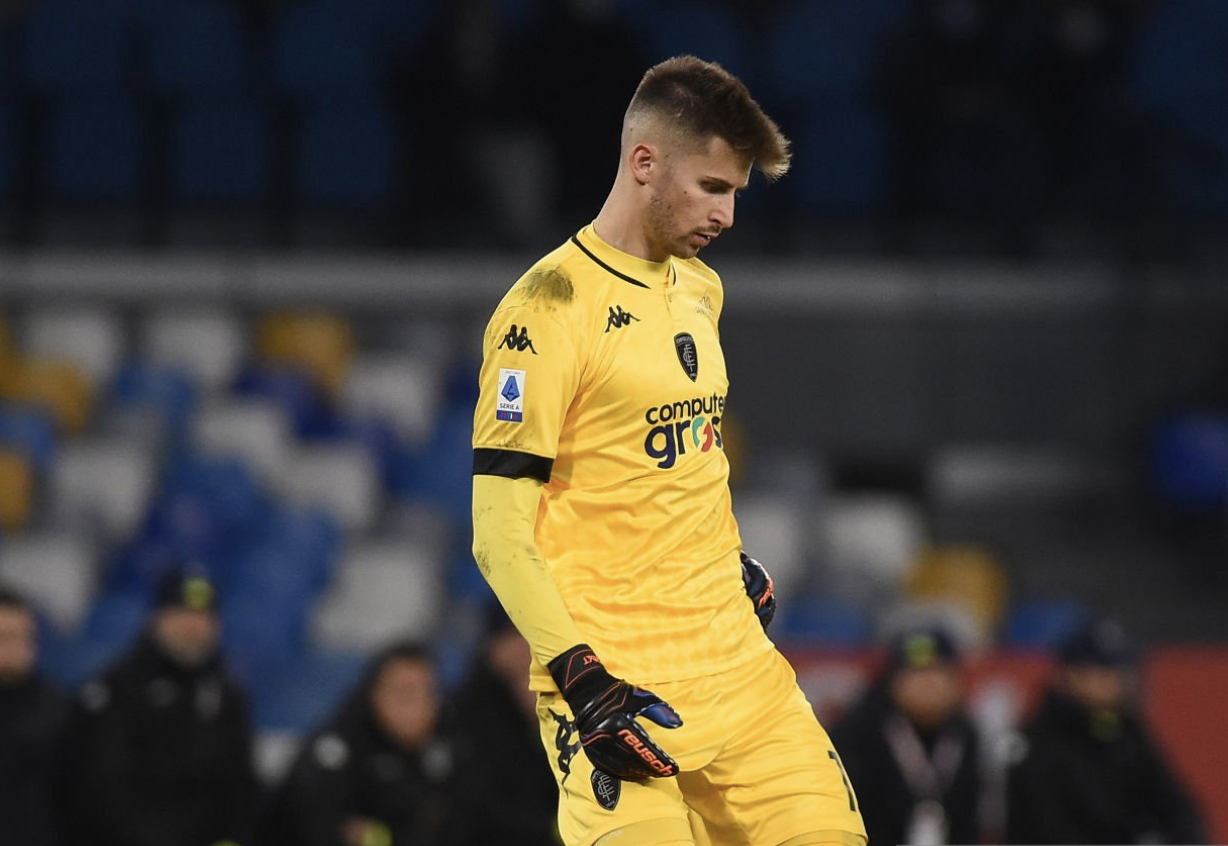 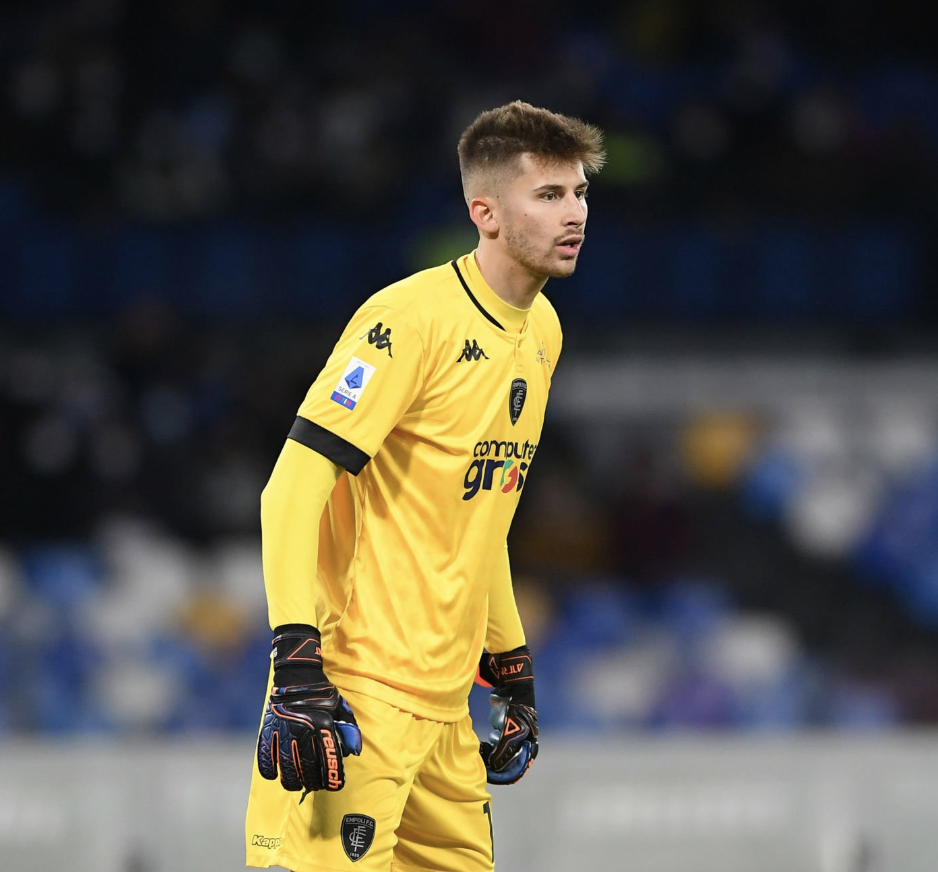 This shirt was worn by Guglielmo Vicario during the Serie A game between Napoli and Empoli which took place in Napoli, “Diego Armando Maradona” Stadium, on December 12th 2021. Empoli defeated Napoli 1-0 and at the end of the game Vicario swapped his shirt with a Napoli’s player whom we got it from. Vicario joined Empoli on July 9th 2021, he joined Empoli on loan with an option to purchase. On 18 June 2022, Empoli exercised their purchase option. 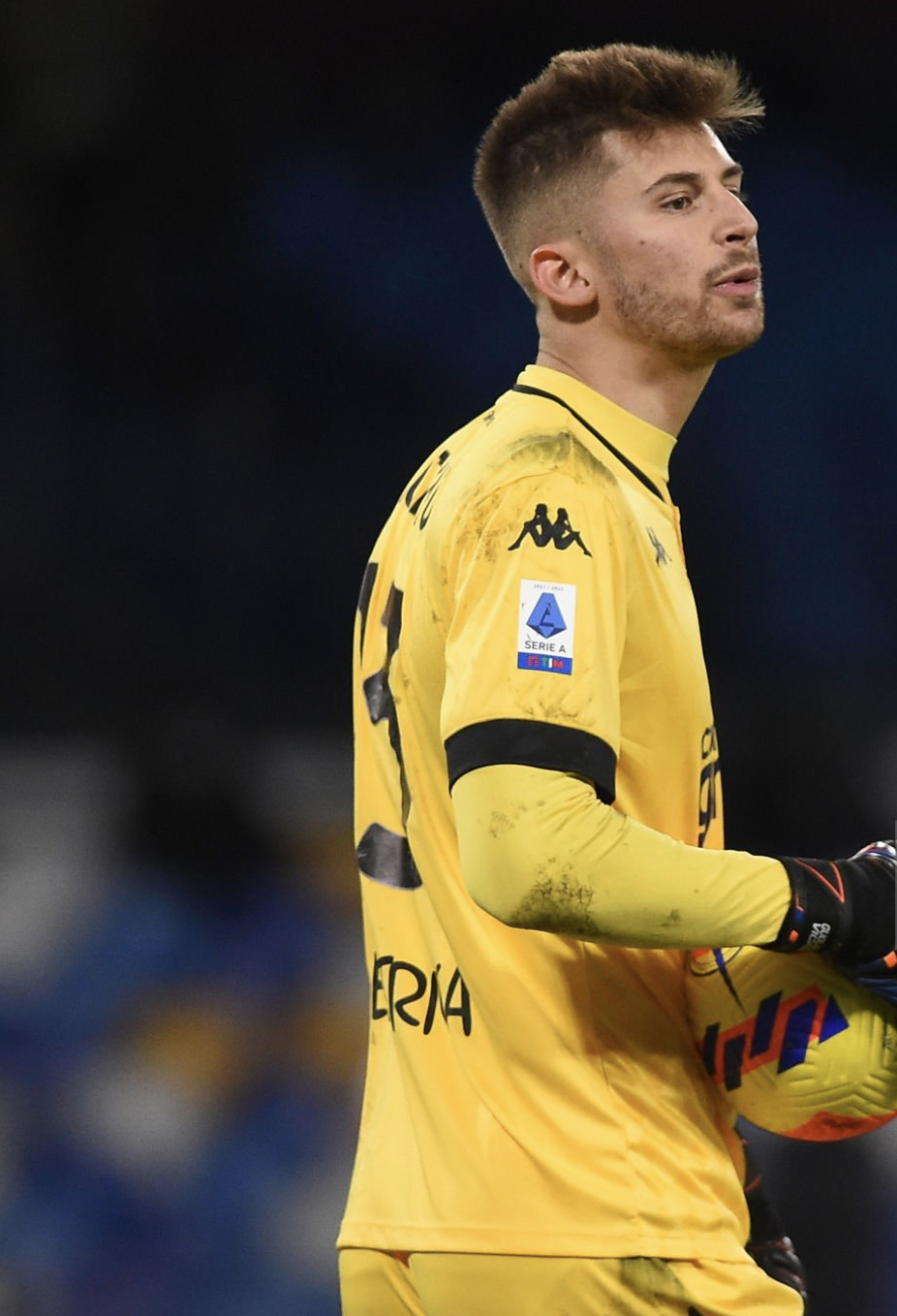 Grosso Grosso2023-02-04T13:49:03+00:00
Page load link
This site uses cookie technology, including third parties' ones. If you want to know more click here. If you access any element of this site outside this banner, you consent to the use of cookies. Ok
<script type='text/javascript' src='https://www.10footballentertainment.com/wp-content/themes/Av