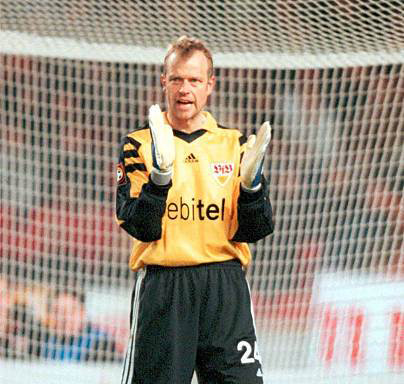 Thomas Ernst is a retired German footballer who played as a goalkeeper.

Ernst started playing professionally with Eintracht Frankfurt. At the Hessian club, he could only amass five Bundesliga appearances in seven years combined, being barred by legendary Uli Stein. In 1994, he moved clubs but stayed in the city, joining FSV Frankfurt in the second division. After one season, Ernst joined VfL Bochum also in level two, only appearing twice in his first two seasons combined. His best individual year happened in 1998–99, when he appeared in 32 league games, but the North Rhine-Westphalia side suffered top flight relegation, as second from bottom. From 2000–06, Ernst remained in the top division, with VfB Stuttgart and 1. FC Kaiserslautern, but again appeared almost exclusively as a backup, until his retirement at the age of 38. In 19 professional seasons, he appeared in 152 league games, 106 of those in the first division. 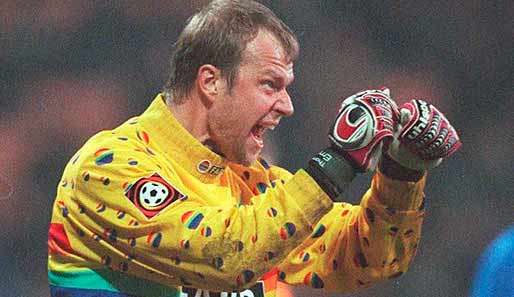 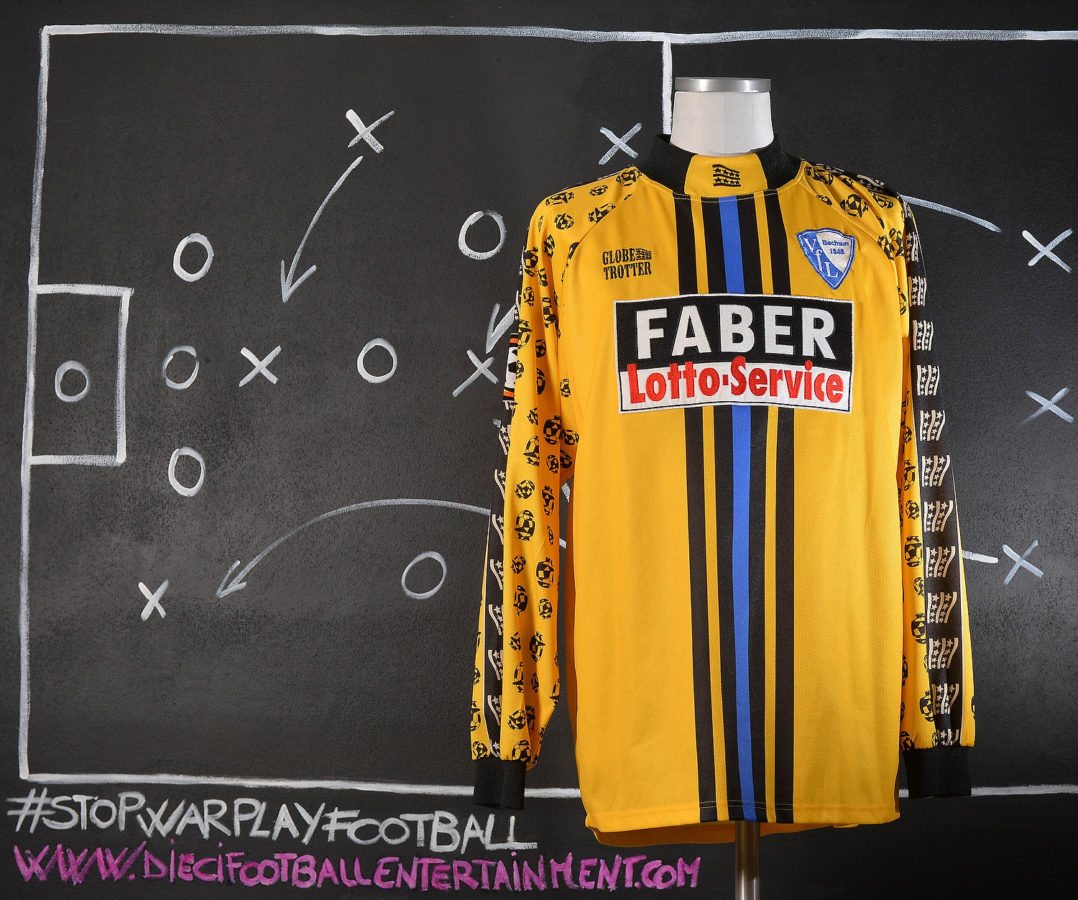 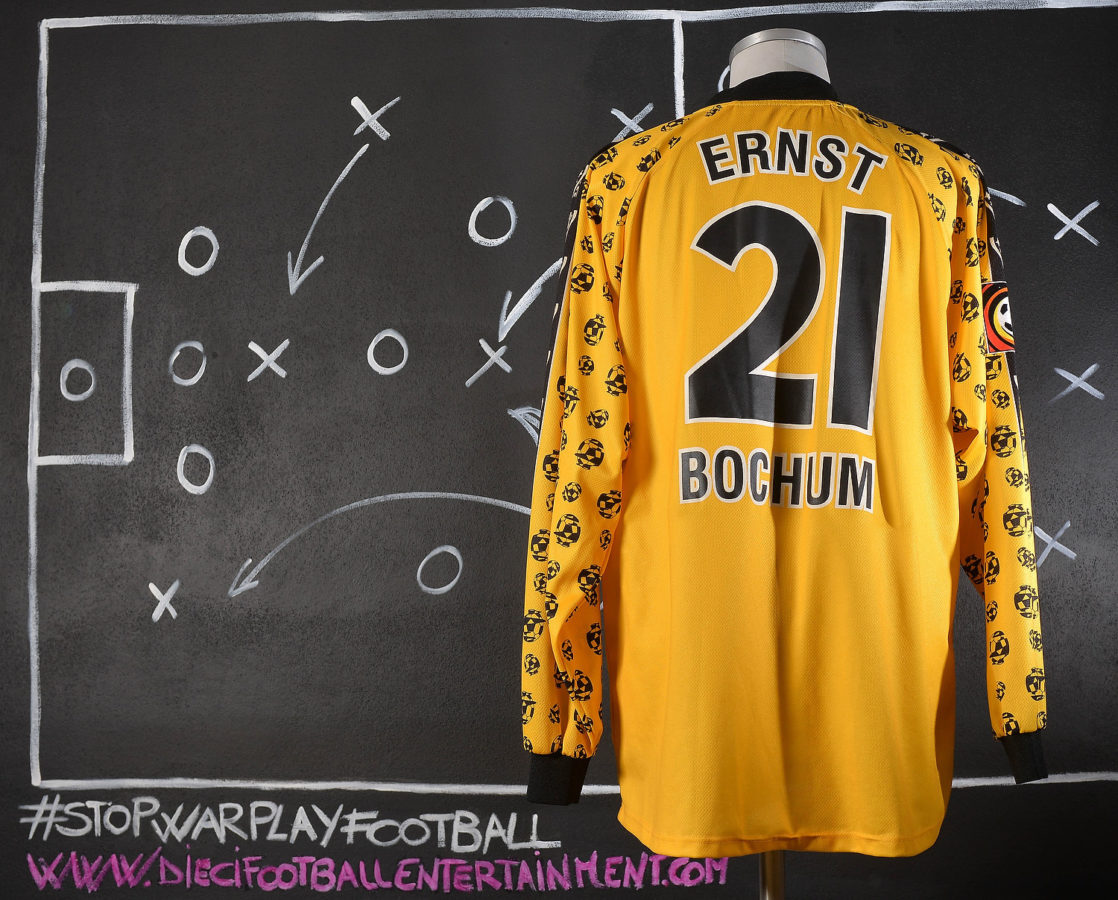 The Bochum shirt is one of most original football shirts ever. But it’s sadly often considered one of the most ugly shirts of football’s history. In 2013 it was included in the list of the 30 “MOST WEIRD AND HORRENDOUS FOOTBALL KITS” by a football magazine stating the following comment: “Bochum technicolour’s shirts is like wearing a paint chart. This idea didn’t stick. Not that Bochum’s kits have improved in the last years: this distressed design is rather, umm, distressing. And the goalkeeper’s shirts are even worse.”

Grosso Grosso2017-06-29T10:15:28+00:00
Page load link
This site uses cookie technology, including third parties' ones. If you want to know more click here. If you access any element of this site outside this banner, you consent to the use of cookies. Ok
Go to Top