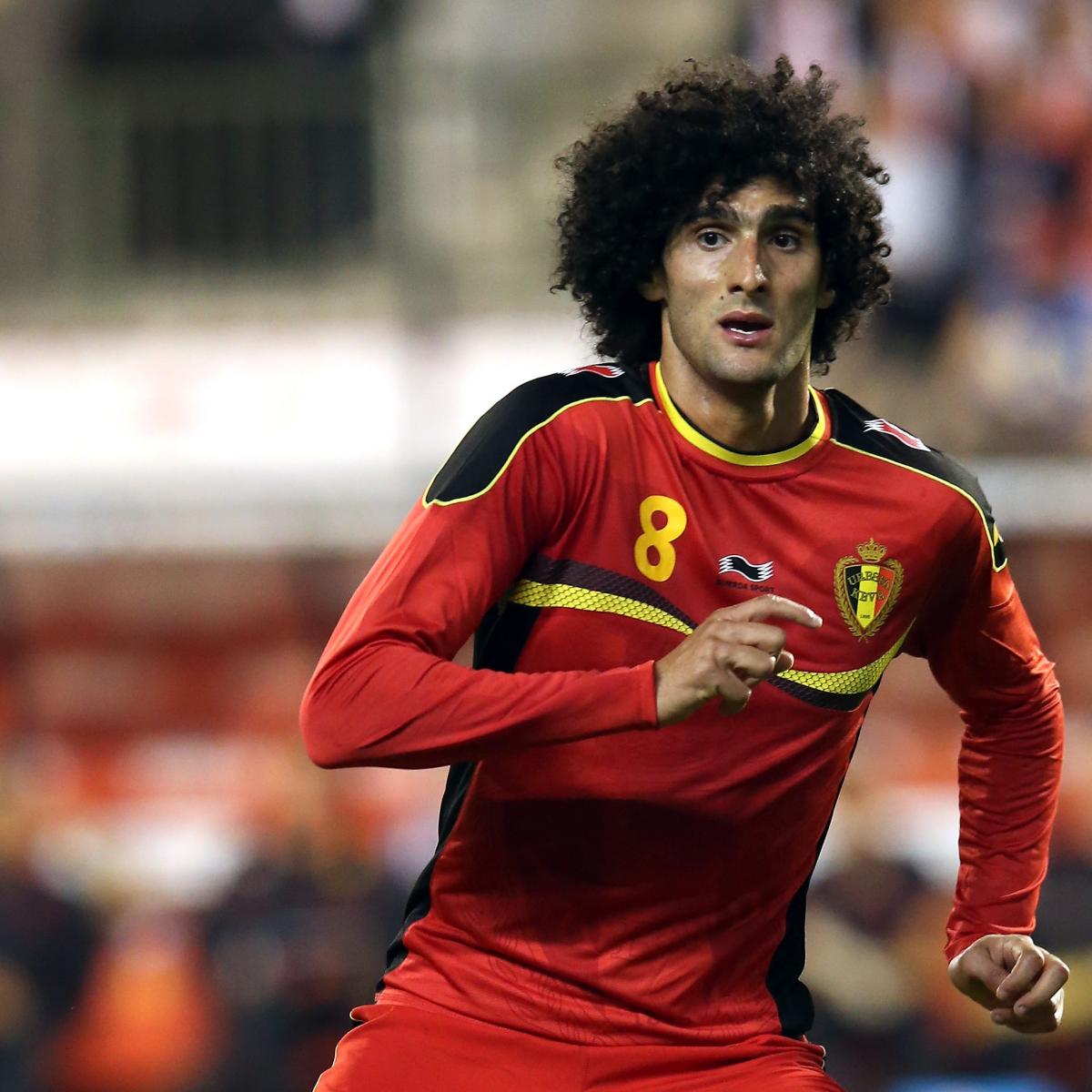 Marouane Fellaini-Bakkioui is a Belgian professional footballer who plays as a midfielder for the Belgian National team. Born in Etterbeek to Moroccan parents, Fellaini played youth football for Anderlecht, R.A.E.C. Mons, Royal Francs Borains and Charleroi S.C. before joining Standard Liège. After winning the Belgian First Division and the Ebony Shoe as a Liège player, he moved to England to join Everton. At Everton, he was the club’s Young Player of the Season for 2008–09, when the club were losing finalists in the FA Cup. After five years at Everton, he transferred to Manchester United in a deal worth £27.5 million in September 2013. After five years with Manchester United that included four trophies and more than a decade in England in total, Fellaini joined Shandong Luneng in February 2019. A full international for the Belgium national team from 2007 until his retirement in March 2019, Fellaini amassed 87 caps and 18 goals for The Red Devils. He represented the team at the 2008 Olympics, the 2014 World Cup, Euro 2016, and the 2018 World Cup, helping Belgium to third place in the latter tournament. Fellaini was born to Moroccan parents from Tangier and brought up in Brussels. His father, Abdellatif, was a former goalkeeper for Raja Casablanca and Hassania Agadir who signed for Racing Mechelen but was unable to play as his former Moroccan club refused to release his paperwork. Instead of returning home, he opted to become a bus driver for STIB. Fellaini is Muslim. 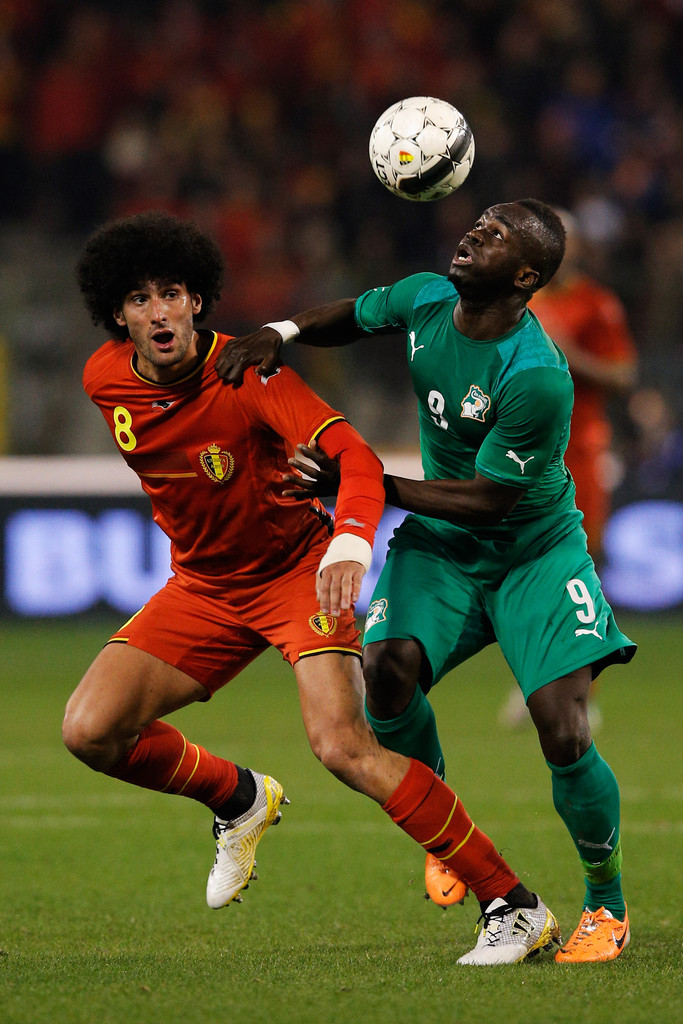 Fellaini was eligible to play for either Belgium or Morocco. He chose to represent Belgium, from youth level upwards. He represented the under-23 team at the 2008 Olympics, when they finished in fourth place, losing to Brazil in the bronze medal match. His senior team debut was made in February 2007, and his first goal for the senior team came in a 2–1 defeat against Portugal a UEFA Euro 2008 qualification match. Fellaini made seven appearances in Belgium’s 2014 FIFA World Cup qualification campaign, scoring once, as Belgium reached the finals for the first time since 2002. On 4 June 2014, Fellaini was selected as part of Belgium’s 23-man squad for the 2014 World Cup. On 17 June, in Belgium’s opening match against Algeria, Fellaini came on as a second-half substitute and scored the Red Devils’ equalising goal in a 2–1 win. He was then named in the starting line-up for the second match against Russia on 22 June and went on to play every minute of les Diables Rouges’ run to the quarter-finals, where they were defeated 1–0 by Argentina in Brasília. During qualification for UEFA Euro 2016, Fellaini scored two goals in Belgium’s 5–0 defeat of Cyprus and the winner in a 1–0 away victory in Israel. Following these goals, on 7 June 2015, he reached five in his last three internationals by scoring the opening two goals in a 4–3 friendly win over France at the Stade de France. On 3 September 2015, he scored his sixth goal in four international appearances against Bosnia and Herzegovina. At the 2018 FIFA World Cup in Russia, Fellaini scored the equalising goal after Japan had gone 2–0 up in a round of 16 match that saw Belgium win 3–2. On 7 March 2019, Fellaini announced his retirement from international football. He earned a total of 87 caps and scored 18 goals for Belgium between 2007 and 2018. 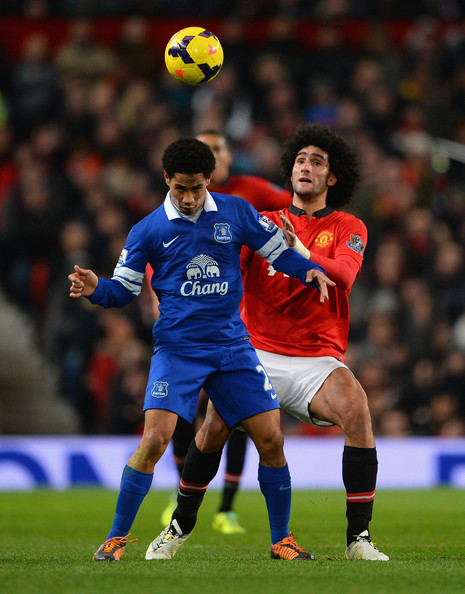 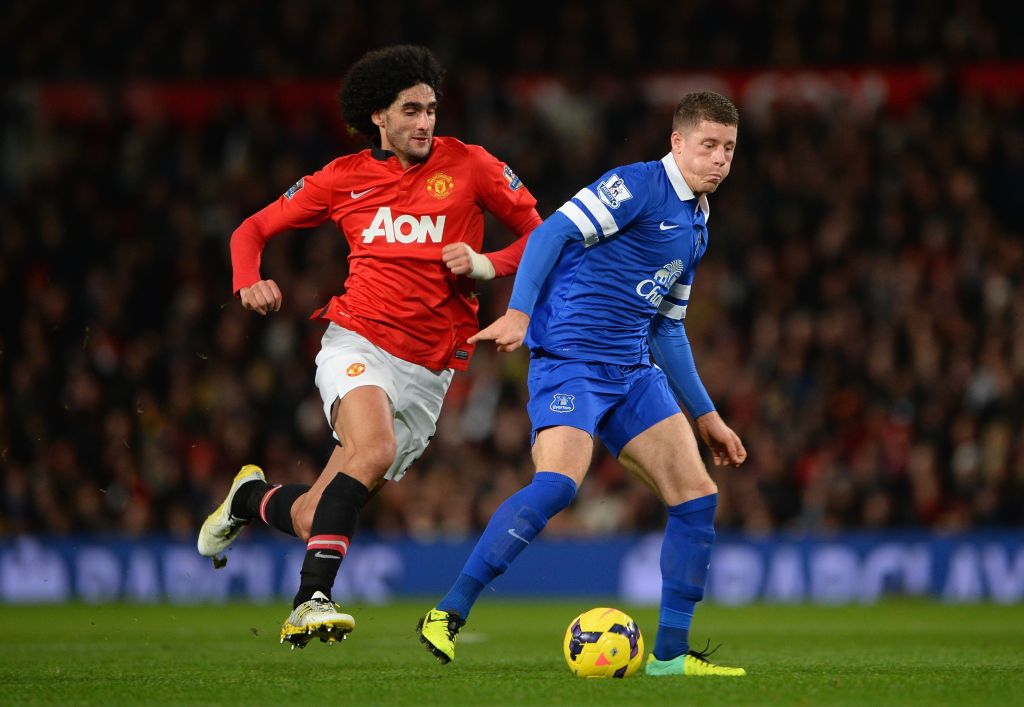 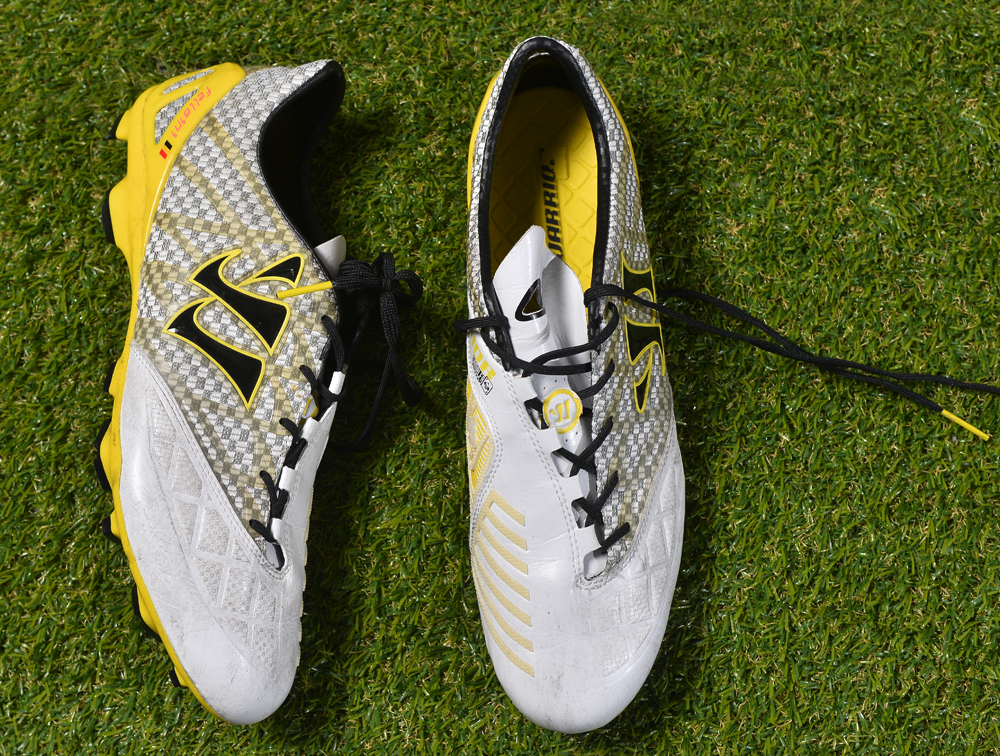 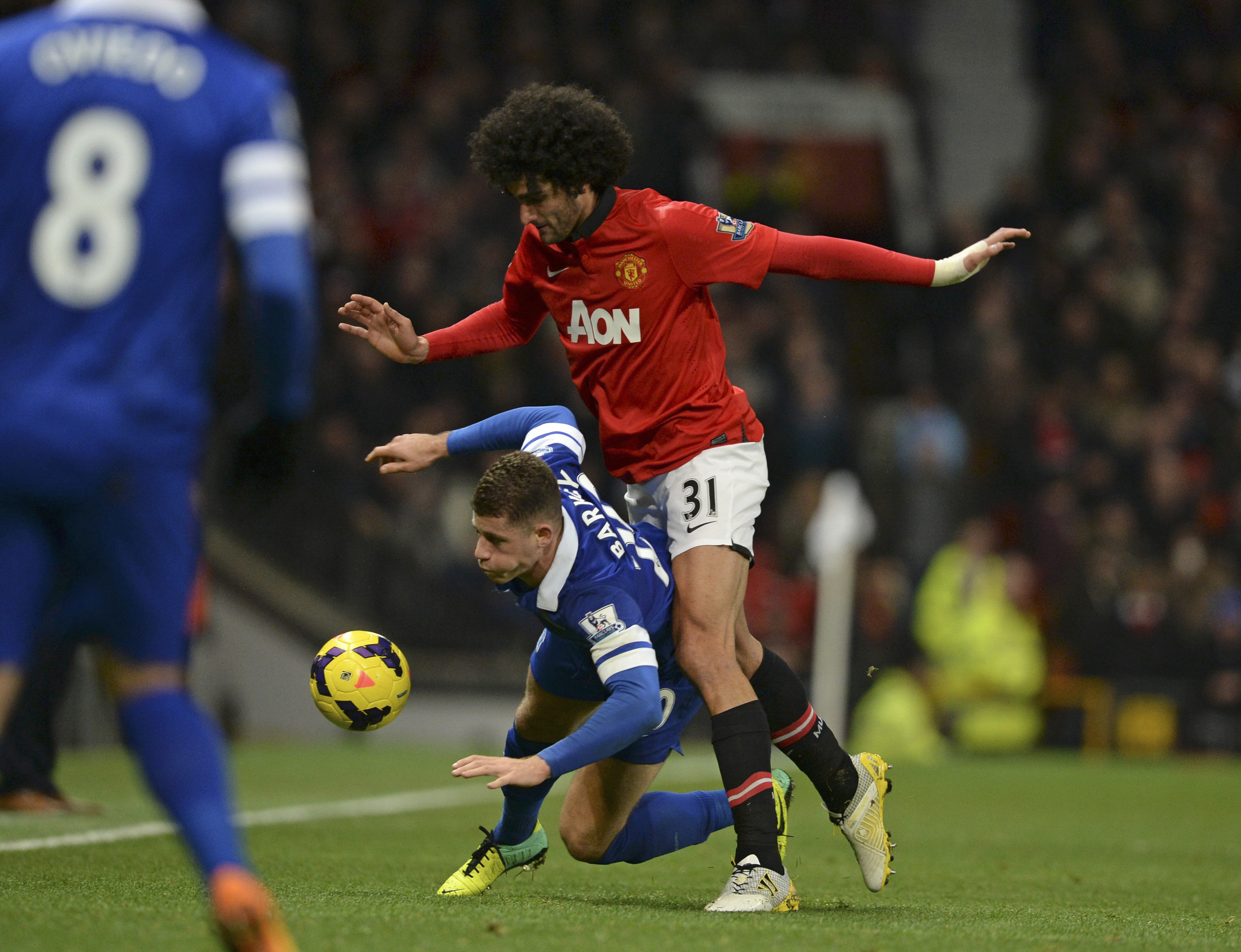 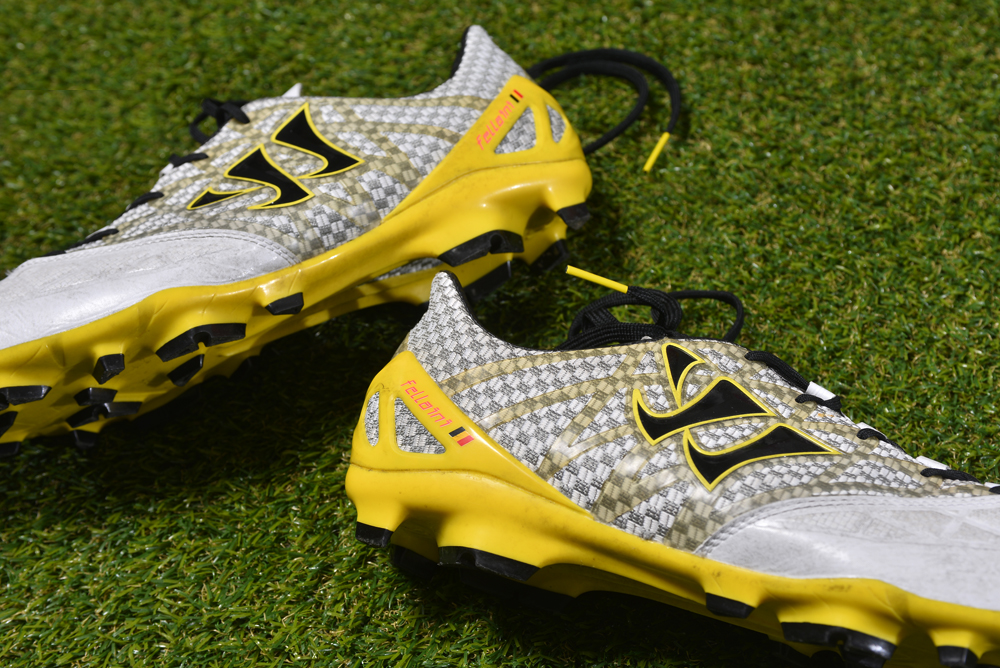 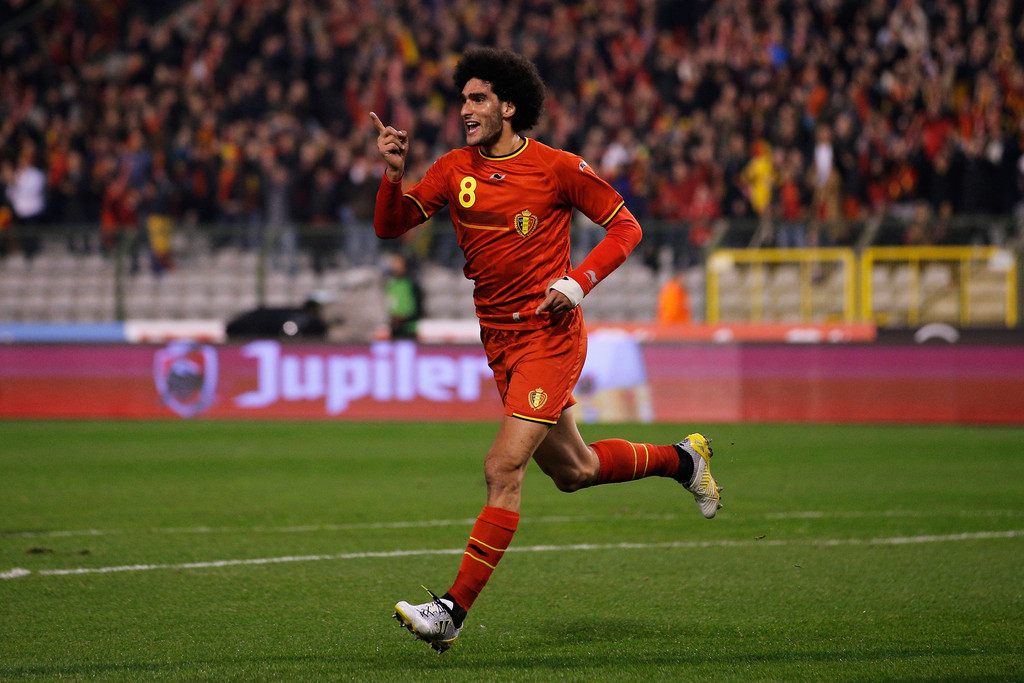 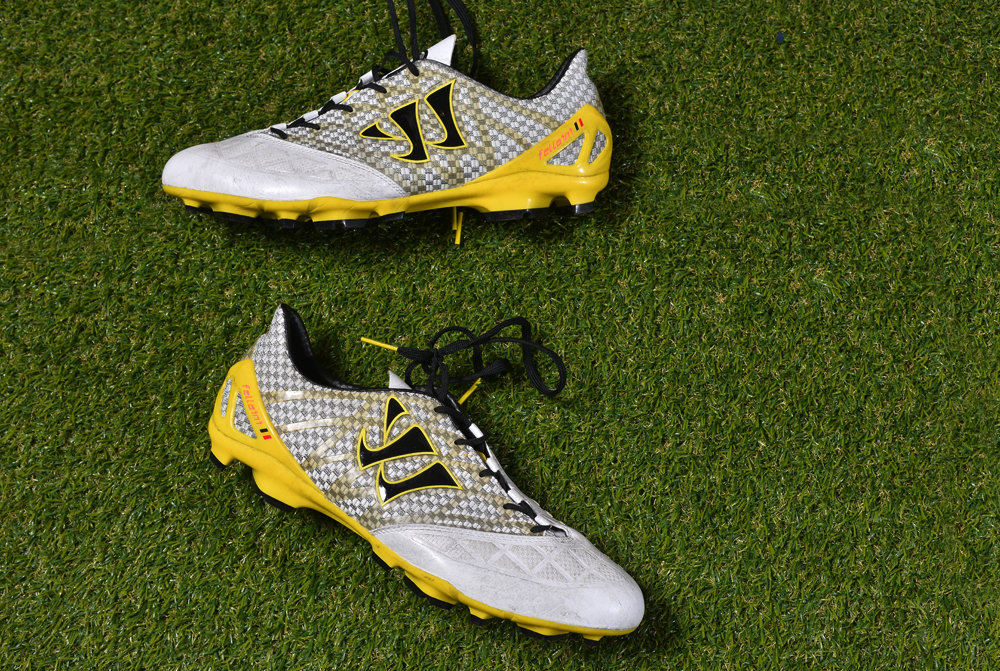 Grosso Grosso2020-11-22T12:47:09+00:00
Page load link
This site uses cookie technology, including third parties' ones. If you want to know more click here. If you access any element of this site outside this banner, you consent to the use of cookies. Ok
Go to Top