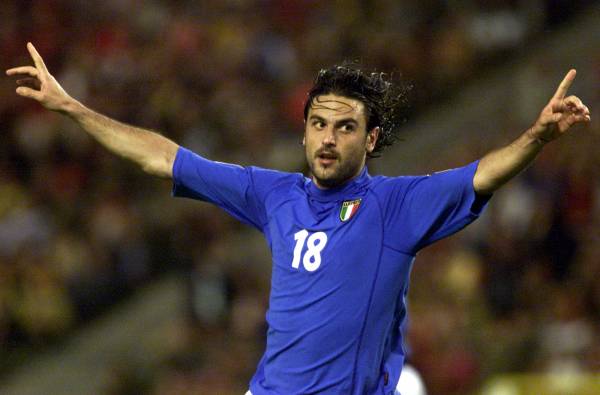 Stefano Fiore is an Italian football former player, who played as an attacking midfielder or on the wing. Fiore played for several Italian clubs throughout his career; he started out with Cosenza in 1992, before moving to Parma for a season in 1994, where he made his Serie A debut and won the UEFA Cup. He spent two seasons at Padova and Chievo, before returning to Parma again for two more seasons in 1997, where he broke into the starting line-up and won a double which consisted of his second UEFA Cup and the Coppa Italia in 1999. He subsequently moved to Udinese, where he spent two successful seasons, winning the UEFA Intertoto Cup in 2000 and thus helping his team qualify for Europe. A move to Lazio ensued, where he won his second Coppa Italia in 2004, finishing as the competition’s top-scorer. His performances led to a transfer to Spanish side Valencia later that year, where he struggled to replicate his previous form despite initially winning the UEFA Supercup, and he was subsequently sent back to Italy on loan to Fiorentina, Torino, and Livorno during his three seasons with the club. In 2007, he returned permanently to Italy, signing with Mantova for a season; after remaining inactive during the 2008–09 season, he moved to Cosenza in 2009, where he ended his career after two seasons. 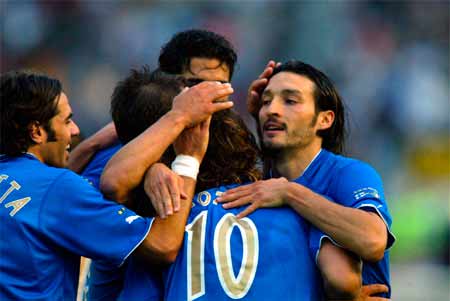 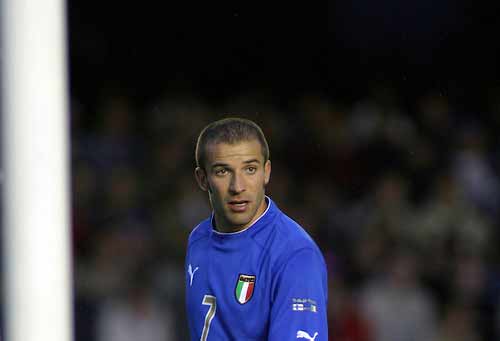 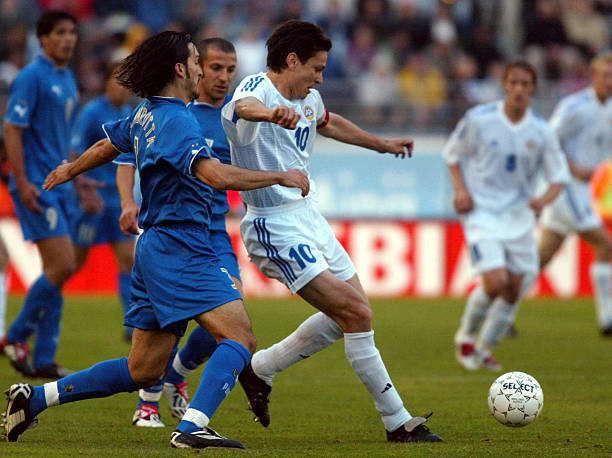 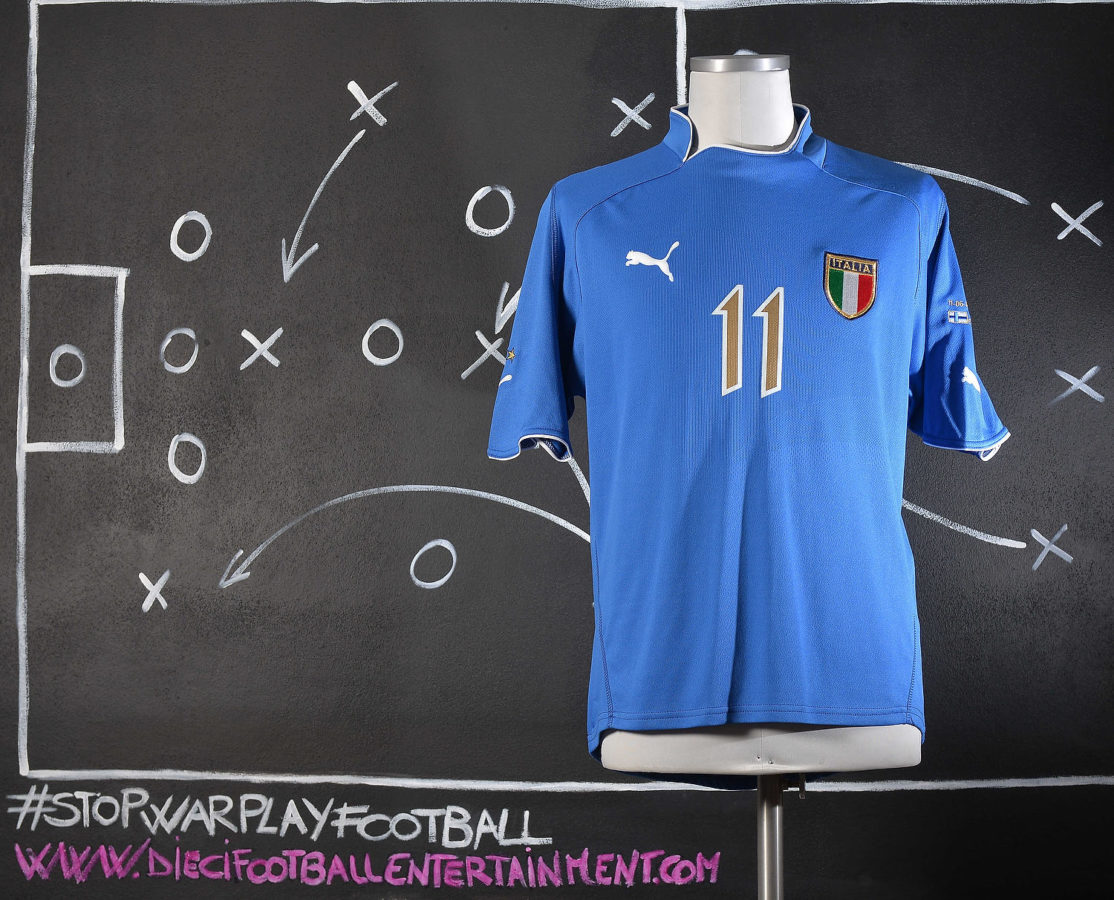 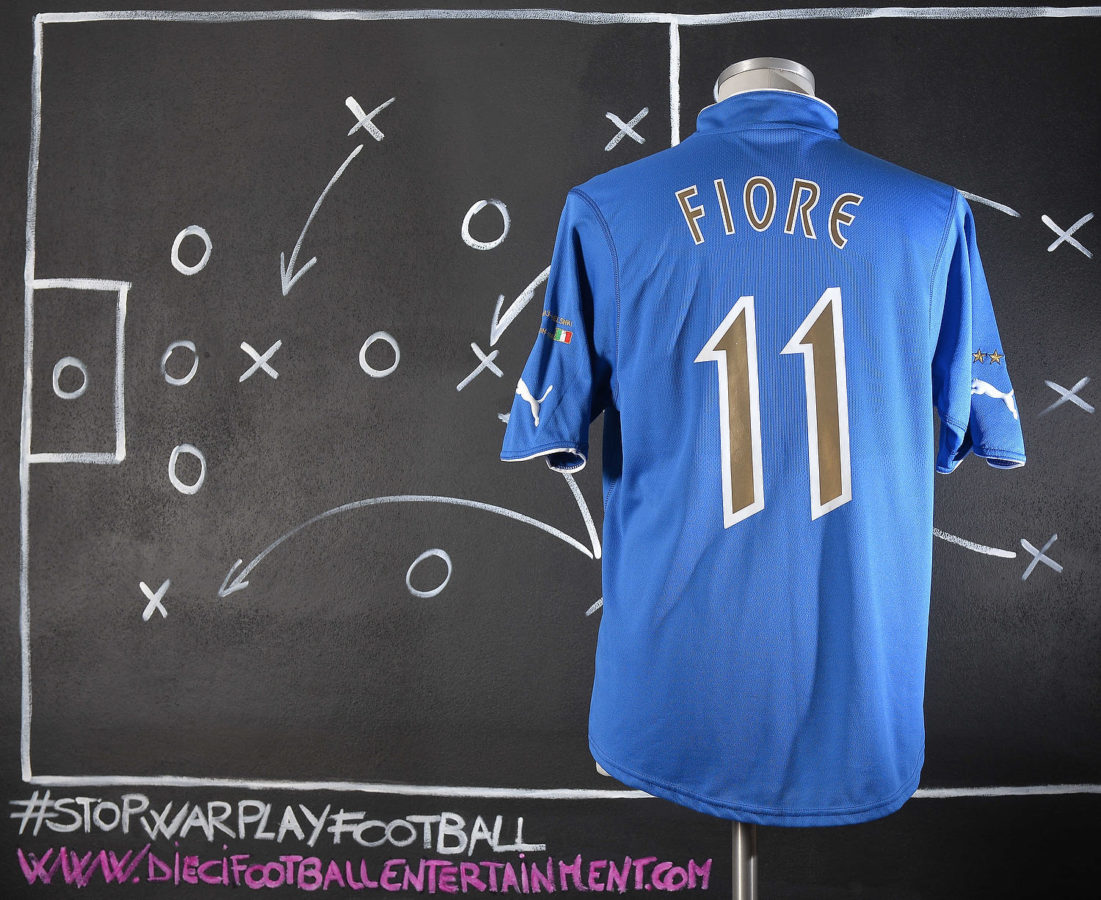 Fiore’s impressive showings for Lazio during the 2003–04 season allowed him to return to the national side in 2003, and he earned a place in Italy’s 23-man squad for Euro 2004. However, Fiore was used sparingly by coach Giovanni Trapattoni, who preferred to play the Argentine born winger, Mauro Camoranesi, only using Fiore as a substitute in the opening two group matches. When he did start, the Azzurri looked a lot more creative, with Fiore nearly scoring from a spectacular volley against Bulgaria in the final group game. Despite the Azzurri winning the match 2–1, and not losing a match throughout the competition, the two draws in the previous group games led to Italy’s first-round elimination from the tournament on direct encounters, following a three-way five-point tie with Denmark and Sweden, who both progressed on to the quarter-finals. 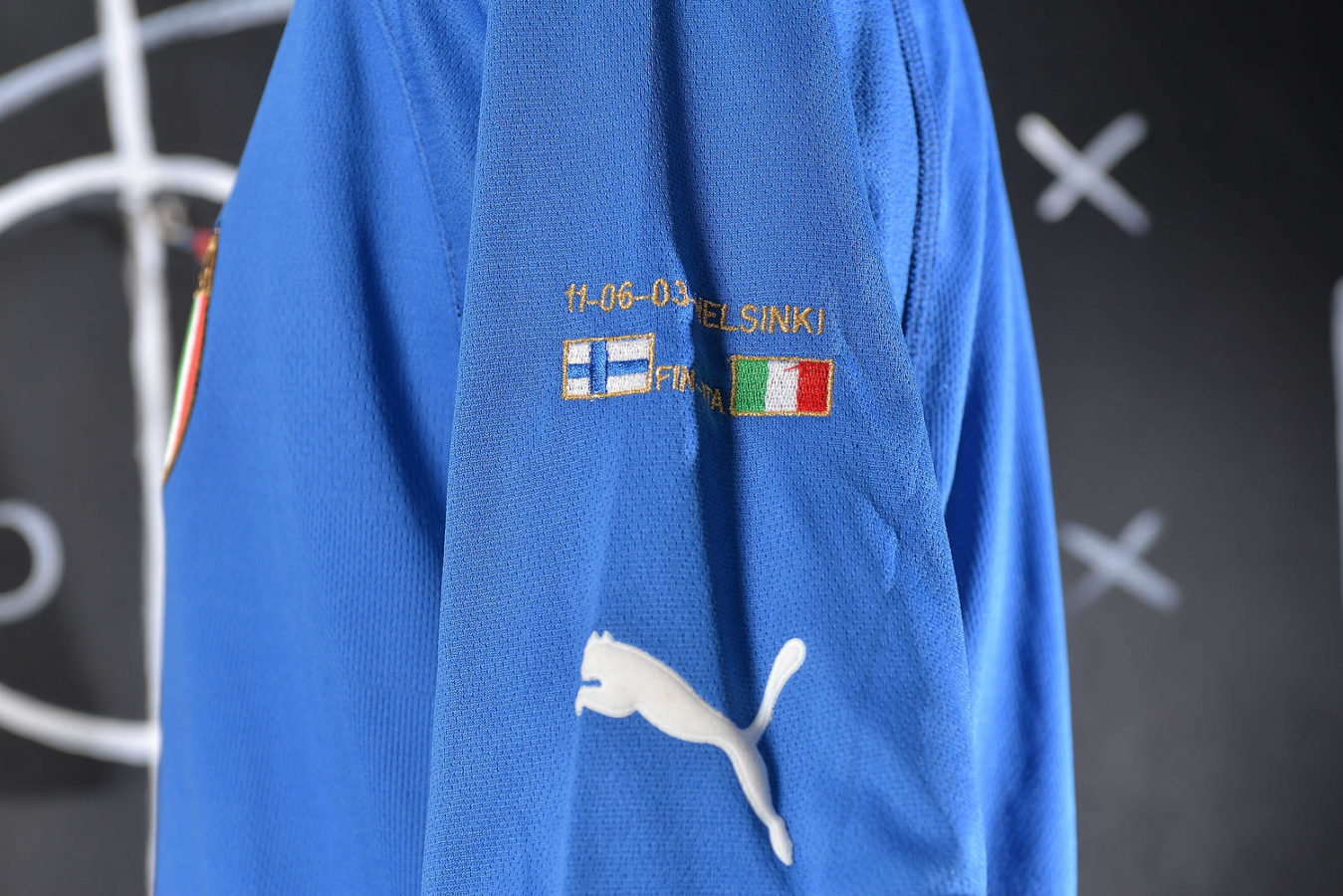 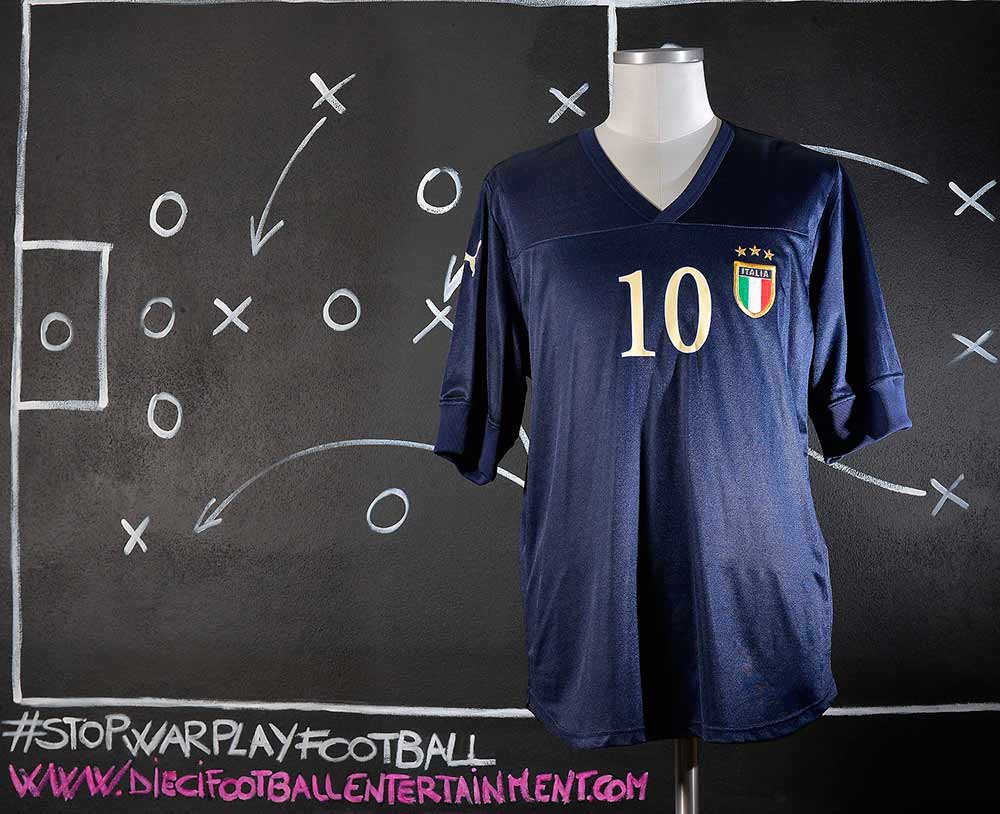 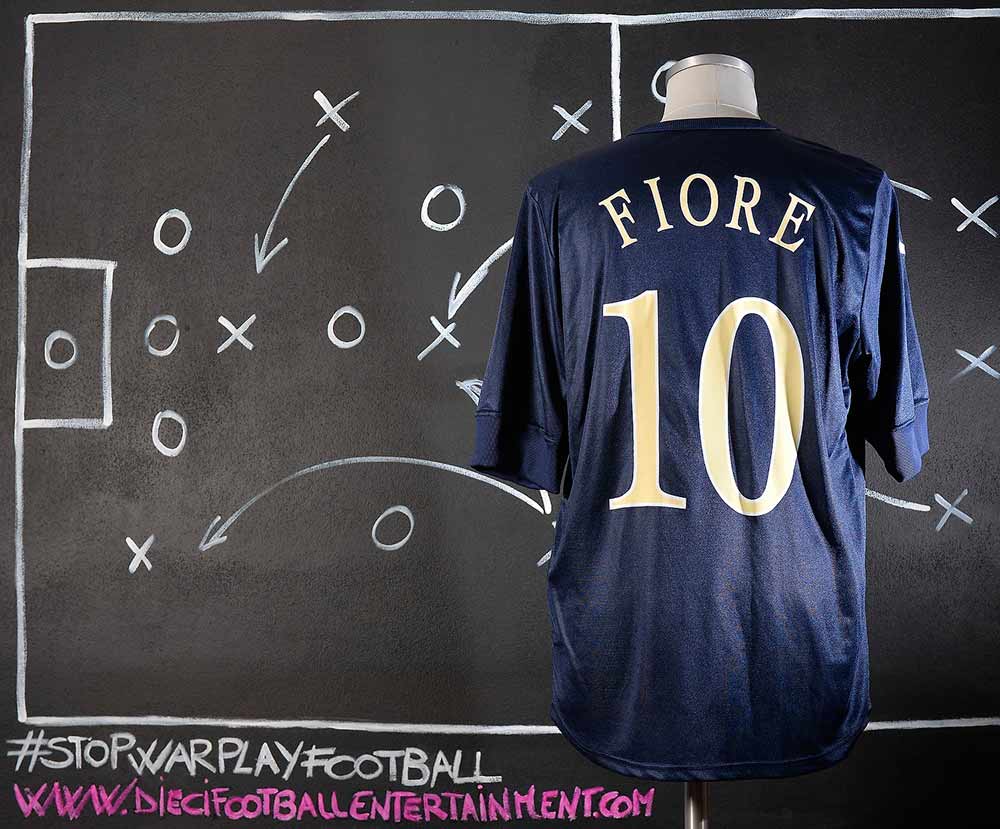 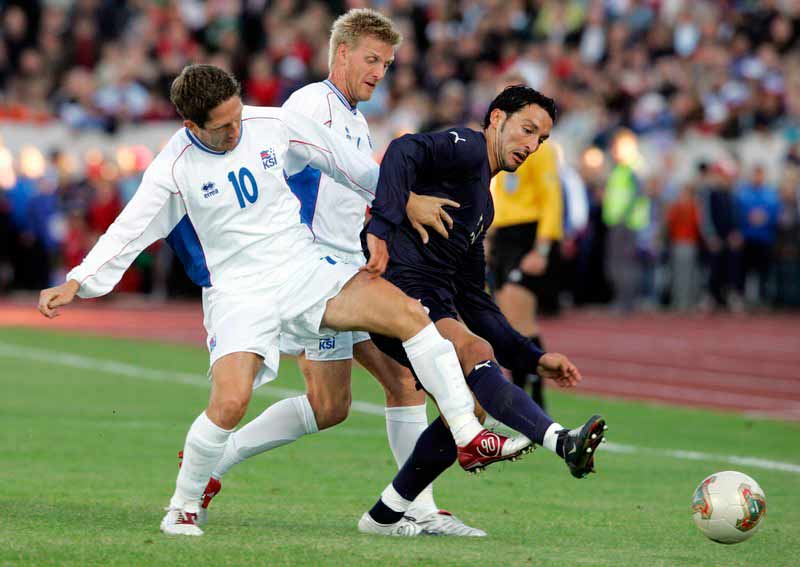 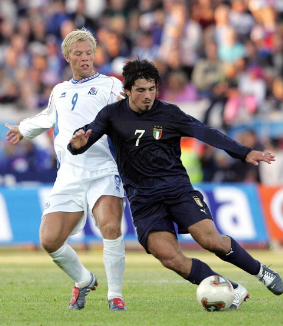 This model of shirt was used only during the friendly game against Iceland which took place on August 18th 2004. The game represents also the first game with coach Marcello Lippi who started his Italy Team’s career with a loss. 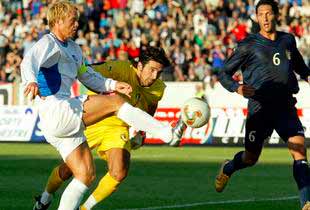 Grosso Grosso2020-05-20T17:59:28+00:00
Page load link
This site uses cookie technology, including third parties' ones. If you want to know more click here. If you access any element of this site outside this banner, you consent to the use of cookies. Ok
Go to Top