From Van Gogh to Leonardo da Vinci. An Art National Team’s Shirts Collection too good not to be real.

Vincent Van Gogh, Leonardo Da Vinci and Caspar David Friedrich are just few of the many painters that influenced the Italian designer Francesco Collu when he imagined and designed this National Team’s Art Collection. Leonardo Da Vinci’s “Last Supper” paint is represented on Italy Team’s shirt, the “Starry Night” on Dutch shirt and the “Woman Before the Rising Sun” paint is represented to the German shirt. Last but not least is the football-theme paint “Mundial 82” by Joan Mirò, painted by the famous artist as official Fifa World Cup “Espana 82” logo, on Spain’s shirt. A pretty well job made by Francesco Collu that only few days after that his images were on the web, Dutch fans identified the Ducth Collu’s shirt inspired by the Van Gogh’s paint “Noon – Rest From Work” as new Nike official shirt for the oranges. Due the demanding rumours, the KNVB (Dutch Football Federation) had to deny on Twitter. But let us say that these shirts were so gorgeous not to be real and we really hope that Nike and Adidas will take these free tips from Francesco Collu for their upcoming collections. 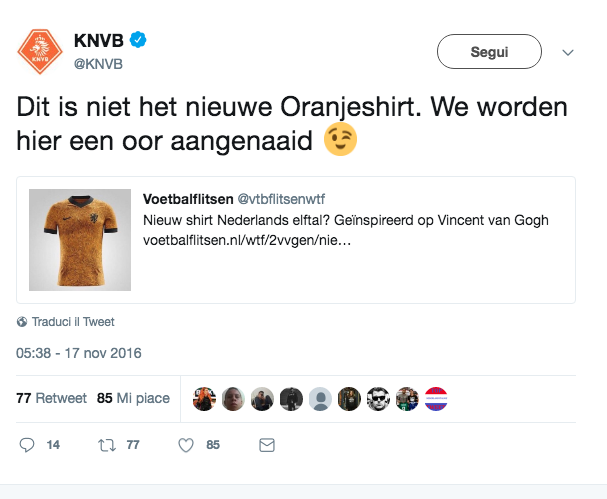 Above the KNVB Twit 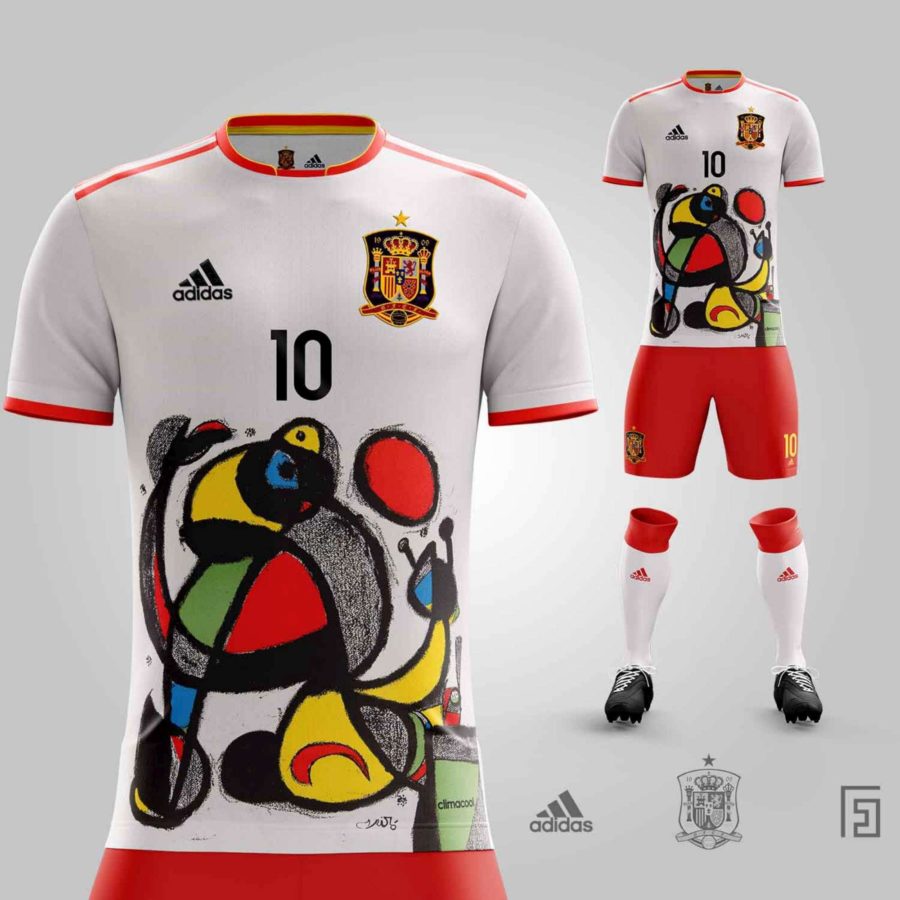 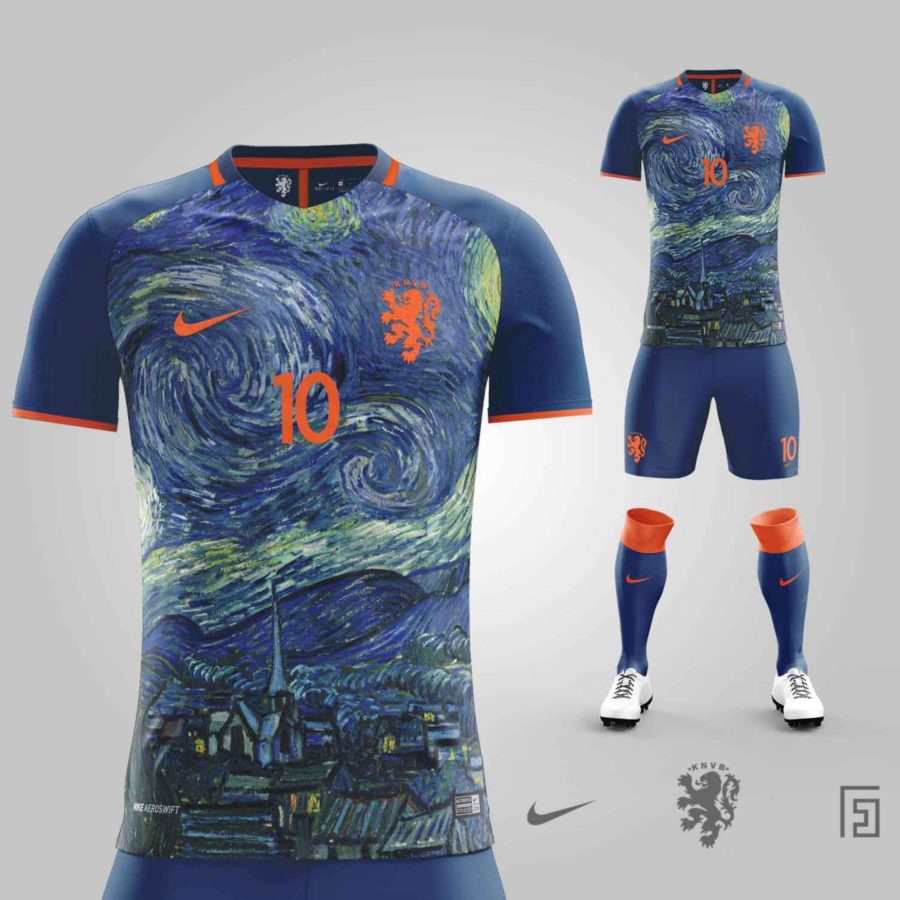 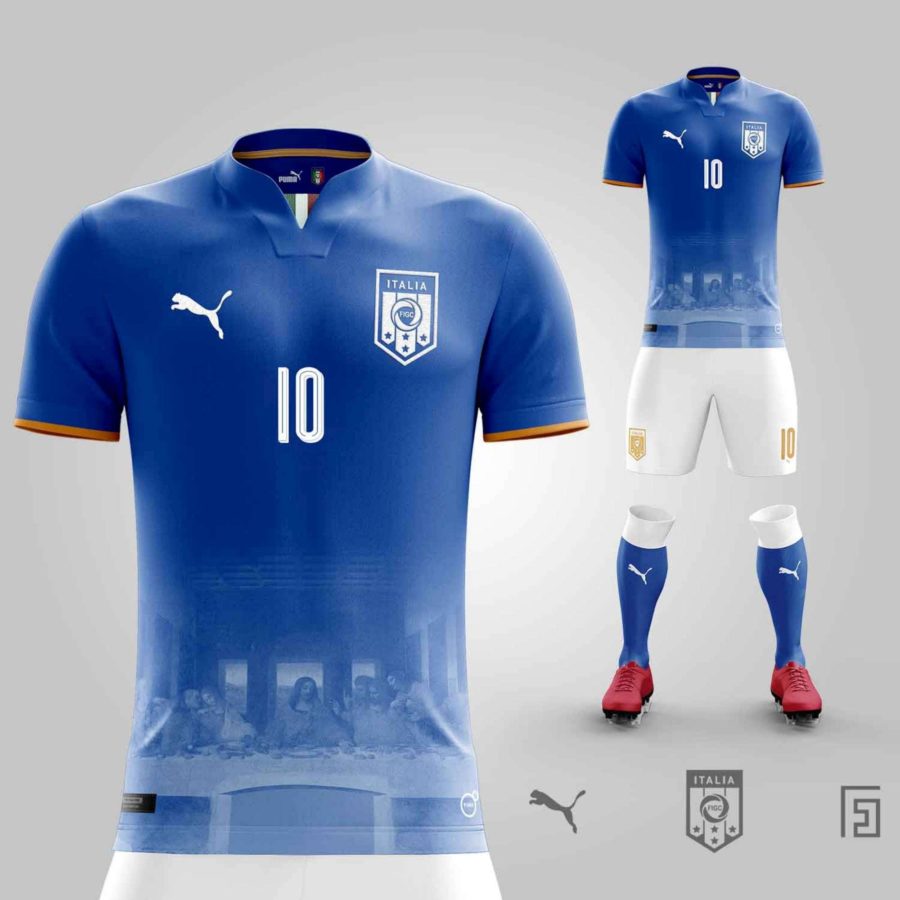 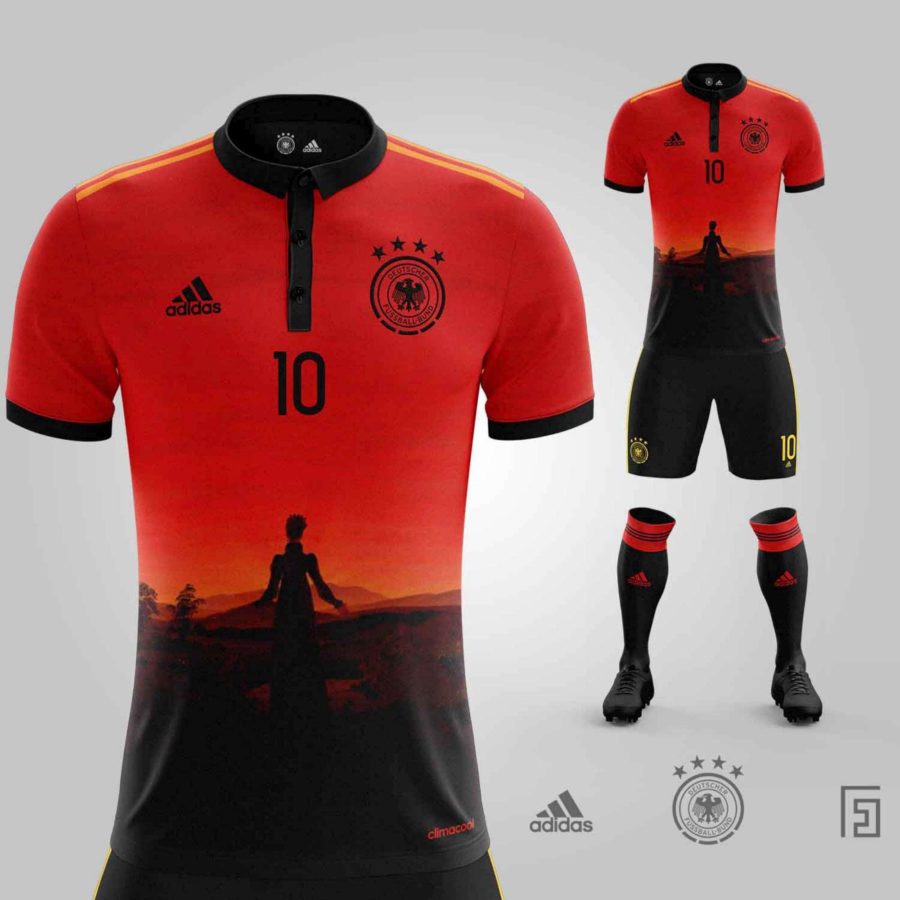 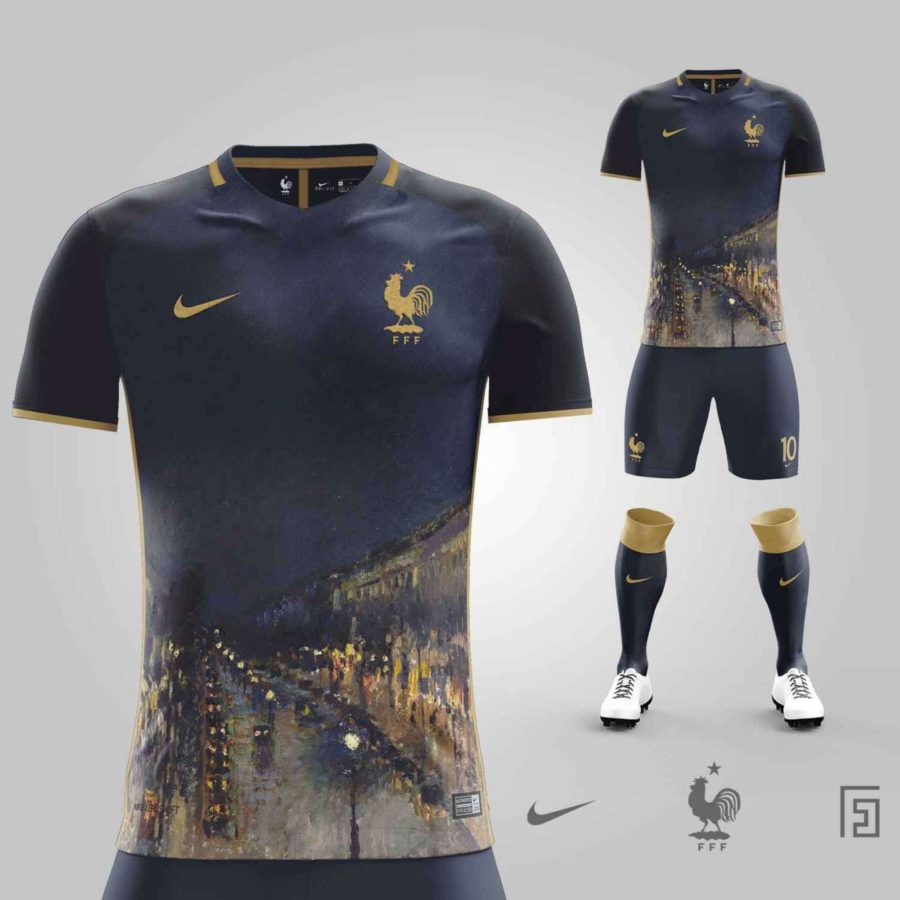 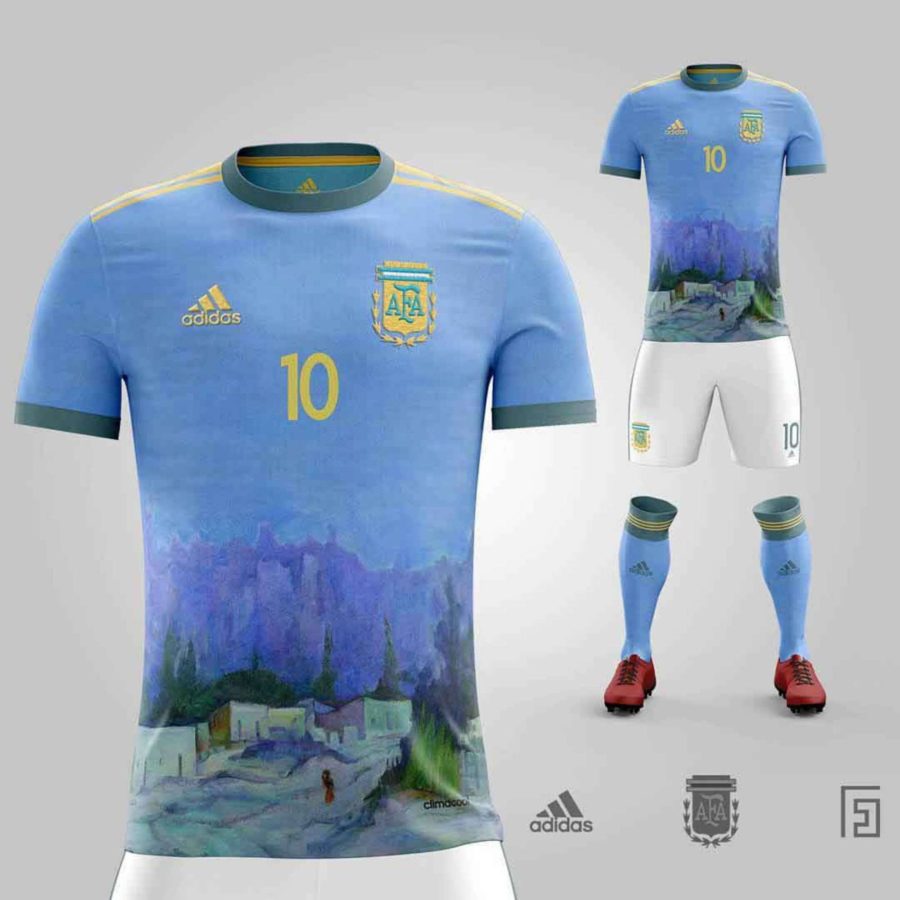 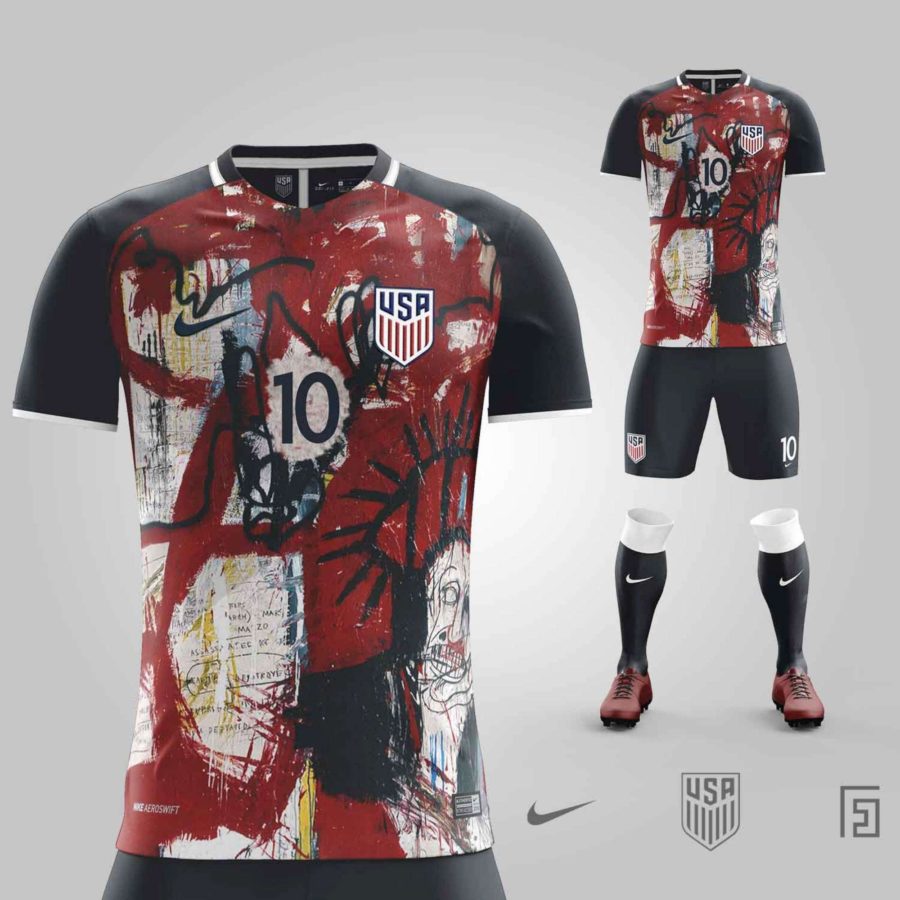 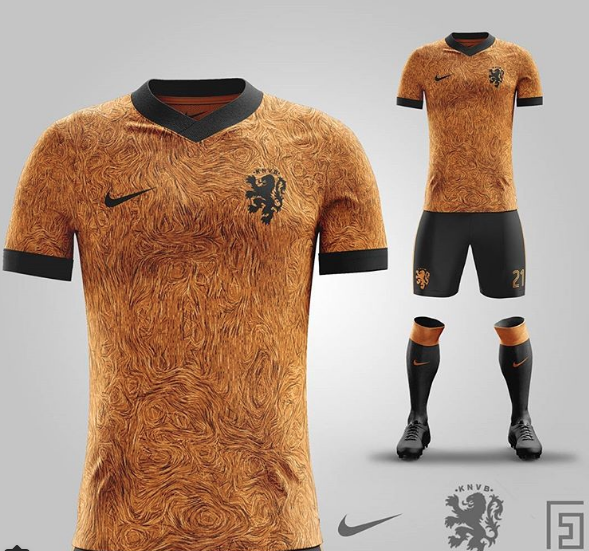 Grosso Grosso2018-06-13T14:21:07+00:00
Page load link
This site uses cookie technology, including third parties' ones. If you want to know more click here. If you access any element of this site outside this banner, you consent to the use of cookies. Ok
Go to Top