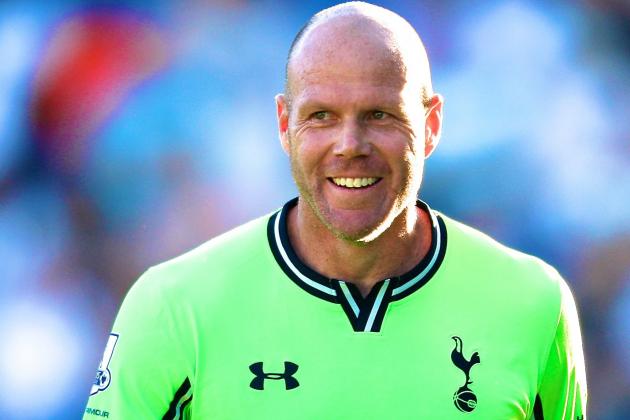 Bradley Howard Friedel is a retired American professional soccer player who played as a goalkeeper. Friedel played 82 games for the United States national team between 1992 and 2005, and represented his country at three FIFA World Cup tournaments. He is the current holder of the Premier League record for most consecutive appearances with 310, a feat he achieved during spells at Blackburn Rovers, Aston Villa and Tottenham Hotspur. Until he was left out of the Tottenham team on October 7, 2012, the last Premier League games Friedel missed were Blackburn’s final two fixtures of the 2003–04 season against Tottenham and Birmingham City, on May 10 and May 15, 2004, respectively. Friedel is also officially Aston Villa’s oldest-ever player, a record he set on February 1, 2011, by playing in the club’s Premier League fixture away at Manchester United. Friedel’s age of 39 years and 259 days surpassed the previous record held by Ernie Callaghan, who last played for Villa against Grimsby Town in April 1947, aged 39 years and 257 days.[2] Friedel’s last appearance for Villa was on May 22, 2011, in a 1–0 home win against Liverpool, aged 40 years and four days. On May 6, 2012, Friedel also became the oldest player to appear in a competitive match for Tottenham when he played in the club’s Premier League fixture at Aston Villa, beating Jimmy Cantrell’s near-80-year-old record. 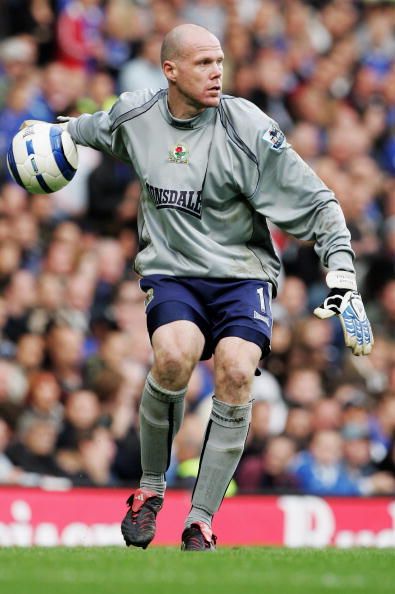 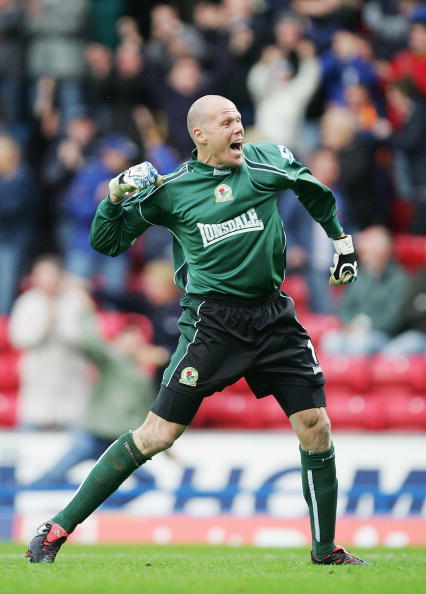 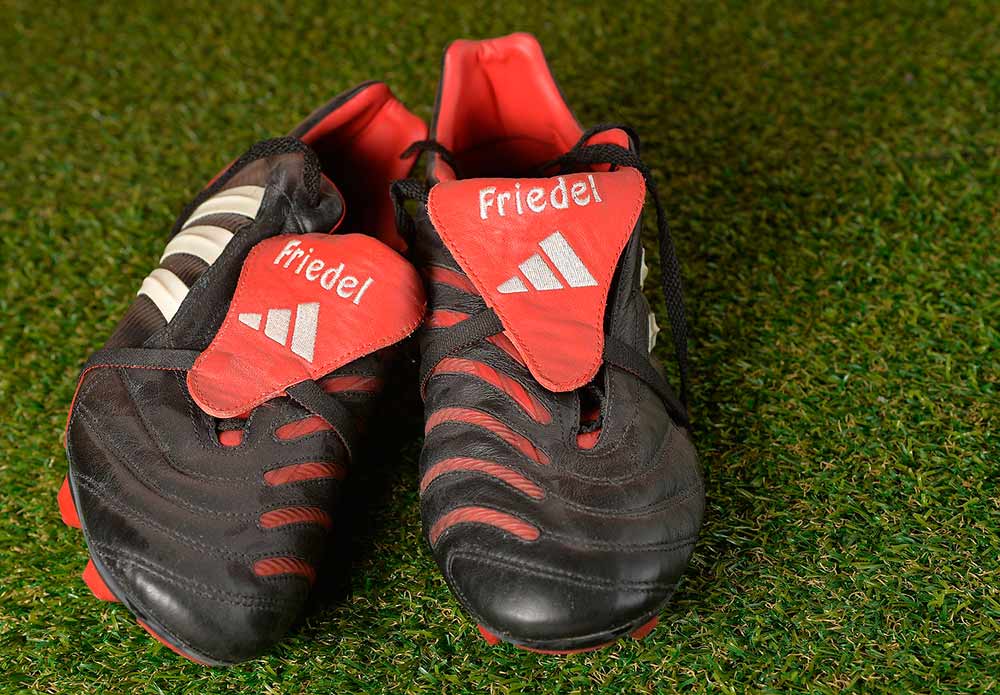 Friedel was signed to Blackburn Rovers by Graeme Souness on a free transfer in November 2000 after a work permit was secured.Joining during Rovers’ promotion-winning 2000–01 season, Friedel’s consistently-assured performances helped ensure Blackburn’s return to the Premiership and then consolidate their top division status in the following seasons. Friedel’s memorable performances for Blackburn include playing against Tottenham Hotspur in the League Cup Final in early 2002, when he was named Man of the Match. In a 1–2 win over Arsenal at Highbury, Friedel made several immense saves and was only beaten by a deflected free kick. A stunning performance away at Southampton prompted Gordon Strachan to liken him to Superman: “Friedel must have got changed in a telephone box. I wouldn’t be surprised if when he takes his shirt off there’s a blue jersey with an ‘S’ on underneath it.” At the end of the 2002–03 season, Friedel’s 15 clean sheets earned him Blackburn’s Player of the Year award, as well as selection to the Premiership Starting XI. On February 21, 2004, in an away game against Charlton Athletic, Friedel scored a goal from open play in the 90th minute, from a corner kick. Friedel’s goal equalized the game at 2–2, but seconds later Charlton scored again through Claus Jensen, and went on to win the match 3–2. He became just the second goalkeeper in Premier League history (excluding own goals) to score, after Peter Schmeichel for Aston Villa in 2001. Friedel extended his contract with Blackburn Rovers on April 14, 2006, stating his love for the club as a reason. Two years later, on February 5, 2008, he again signed an extension to his Rovers contract, stating that, “I am delighted to have extended the agreement. It was not a difficult decision to make. Blackburn Rovers is home to me. This is my club and I have a special affinity with it.” He would, however, leave the club at the end of that season to join Aston Villa, just two league appearances short of Terry Gennoe’s club record of 289 for a goalkeeper.

Friedel is the fourth-most capped goalkeeper in U.S. national team history, and gained his first international cap against Canada in 1992, a game in which he managed to keep a clean sheet. He was the first-choice goalkeeper for the U.S 1992 Olympic team; however, he was unable to beat out Tony Meola as first-choice keeper for the U.S. team at the 1994 World Cup. His chance came, and Friedel made his World Cup debut, in the 1998 World Cup, where he conceded one goal as the U.S. lost to Yugoslavia. He lived up to his growing reputation in the 2002 World Cup as the U.S. went on a surprising run to the quarter-finals, which included a 3–2 victory over Portugal in group play, and a 2–0 second-round win over arch-rival Mexico before a loss to Germany (the eventual runner-up). He also became the first keeper to save two penalty kicks during regular play (as opposed to penalty shootouts) in a World Cup finals tournament since 1974. He was dubbed “The Human Wall” by fans during the spectacular 2002 World Cup run. Friedel announced his retirement from international soccer on February 7, 2005. 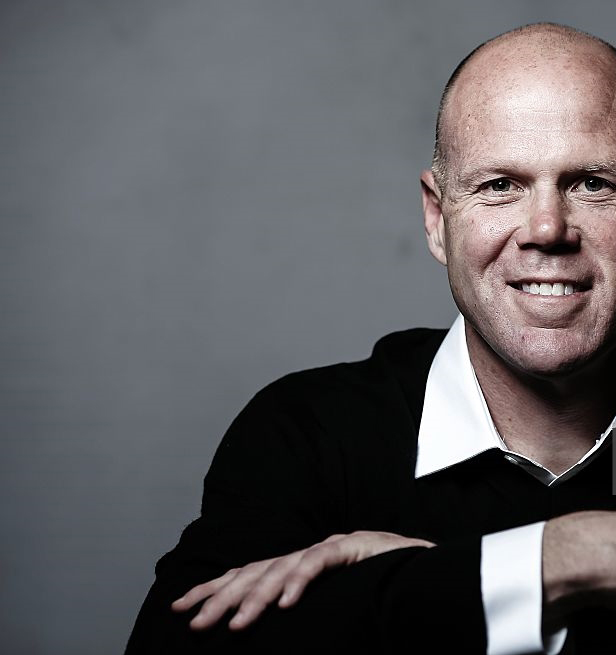 Grosso Grosso2017-09-02T17:43:22+00:00
Page load link
This site uses cookie technology, including third parties' ones. If you want to know more click here. If you access any element of this site outside this banner, you consent to the use of cookies. Ok
Go to Top