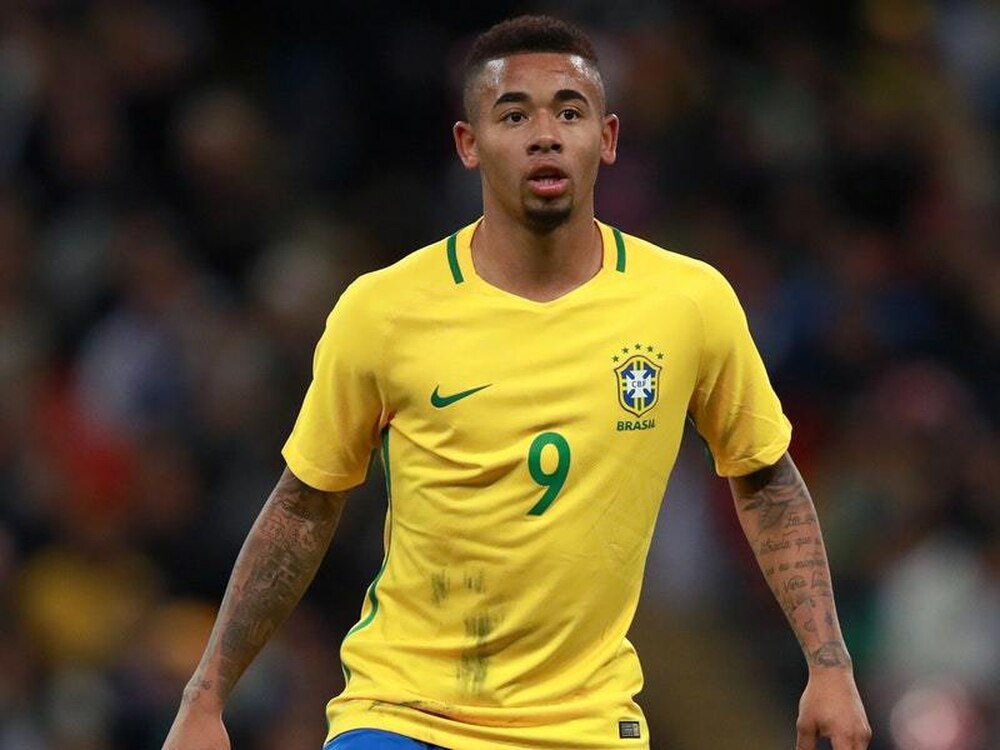 Gabriel Fernando de Jesus, commonly known as Gabriel Jesus, is a Brazilian professional footballer who plays as a forward for the Brazil national team. Jesus began his career at Palmeiras. He was voted the best newcomer of the 2015 Campeonato Brasileiro Série A, a year in which he also helped his team win the Copa do Brasil. The following year he was named the player of the season as Palmeiras won their first national league title in 22 years. He joined Manchester City in January 2017 for a transfer fee of €32 million, and won the Premier League and EFL Cup in 2018 and 2019, as well as the FA Cup in 2019. After winning 21 caps and scoring seven goals at youth level, including reaching the final of the 2015 FIFA U-20 World Cup and winning an Olympic gold medal at the 2016 Summer Olympics, Jesus made his senior debut for Brazil in September 2016, and was part of the squad that took part at the 2018 FIFA World Cup, later also winning the 2019 Copa América. 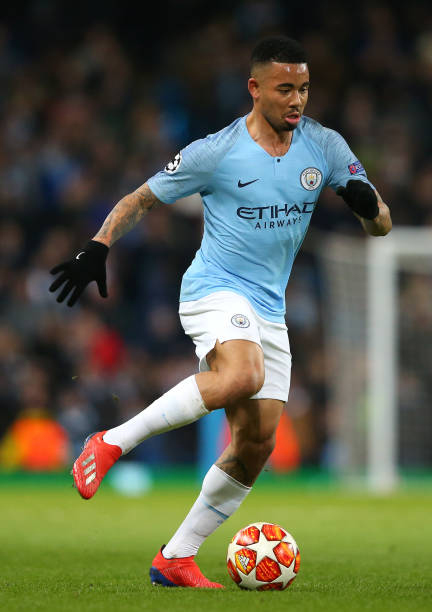 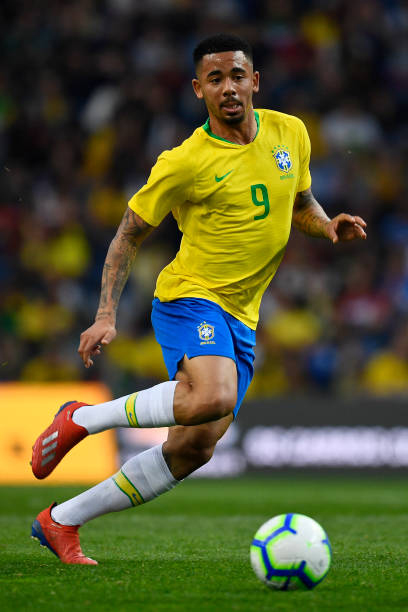 Jesus was part of the Brazil under-20 team that finished as runners-up at the 2015 U-20 World Cup in New Zealand. He scored their first goal of the tournament in a 4–2 win over Nigeria in New Plymouth, and converted as they advanced past Uruguay and Portugal on penalties. In 2016, he was chosen in Dunga’s provisional 40-man squad for the Copa América Centenario in the United States, and was considered as a replacement for the injured Douglas Costa in the final selection but missed out through the lack of a U.S. visa. Later that year, he was one of five forwards named in the squad for the team’s hosting of the Olympic tournament. He scored twice against Danish keeper Jeppe Højbjerg in their final group game against Denmark, an eventual 4–0 win, and in the semi-final against Honduras he added two more in a 6–0 victory. Jesus won the Olympics with his team against Germany in a penalty shootout, scoring one of the penalties. Jesus made his debut for the senior team on 1 September 2016, in a 2018 FIFA World Cup qualification game against Ecuador in Quito. He started the match and scored twice, as Brazil won 3–0. Jesus was Brazil’s highest scorer in the CONMEBOL World Cup qualifiers, with 7 goals in 10 matches. In May 2018, he was named in Tite’s final 23-man squad for the 2018 FIFA World Cup in Russia. Jesus started all five games for Brazil at the tournament without scoring a goal. In May 2019, Jesus was included in Brazil’s 23-man squad for the 2019 Copa América on home soil. In the final against Peru on 7 July, at the Maracanã Stadium, he assisted the opening goal scored by Everton Soares, and later scored the match-winning goal late in the first half; however, he was sent off in the second half after collecting a second yellow card during the final following a collision with Carlos Zambrano. Brazil won the match 3–1 to win the title. 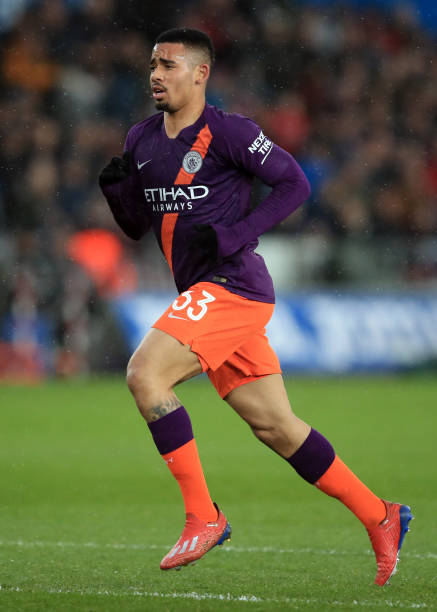 A talented and versatile forward, Jesus is capable of playing in several attacking positions: he has been deployed as a centre forward, as an out-and-out striker, as a false 9, as an inside forward, as a winger or as an attacking midfielder, and is renowned for his pace, technical skills, dribbling ability, creativity, finishing, movement, and work ethic. Former Brazilian striker Ronaldo has praised Jesus and touted him for future success with the Brazilian national team. 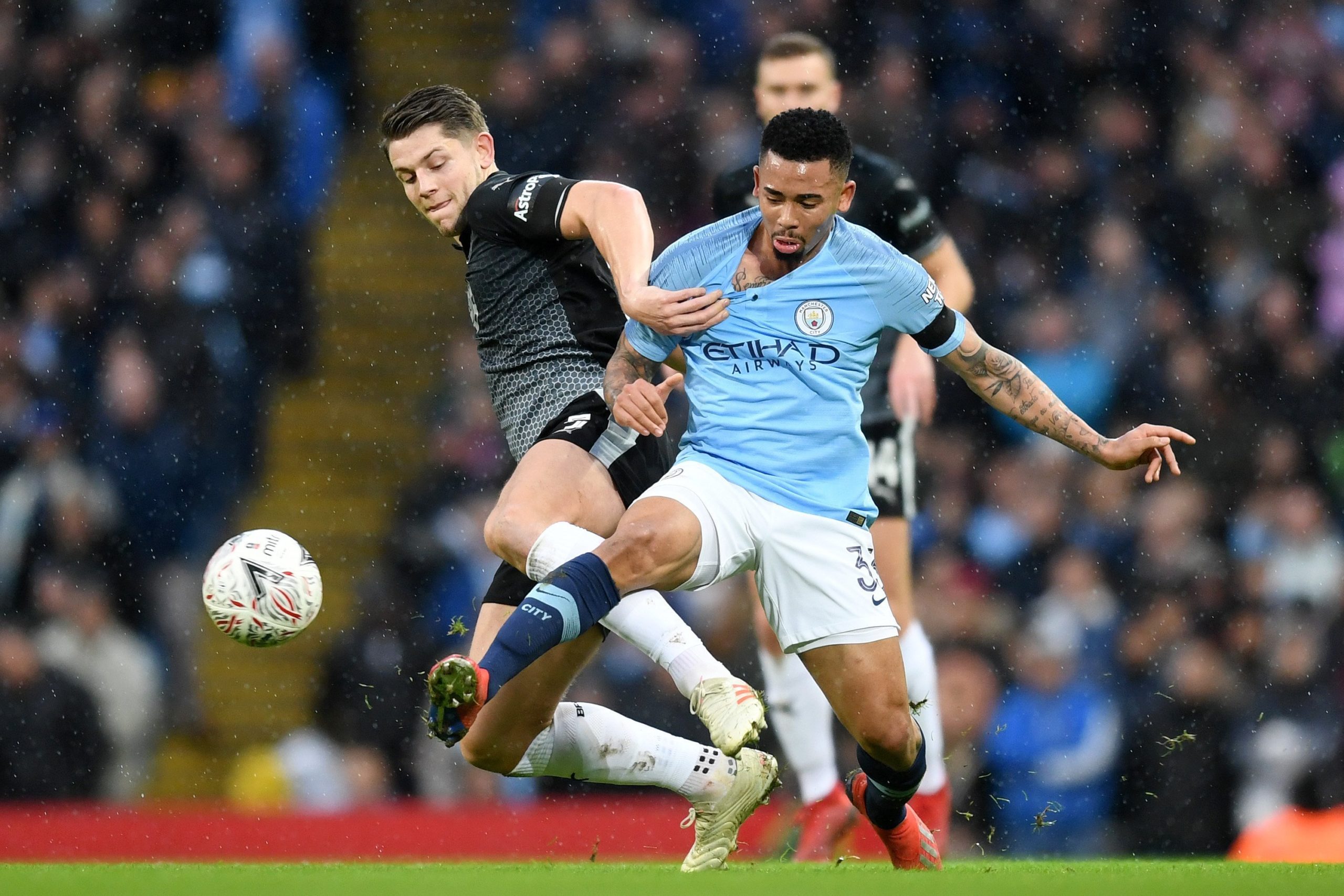 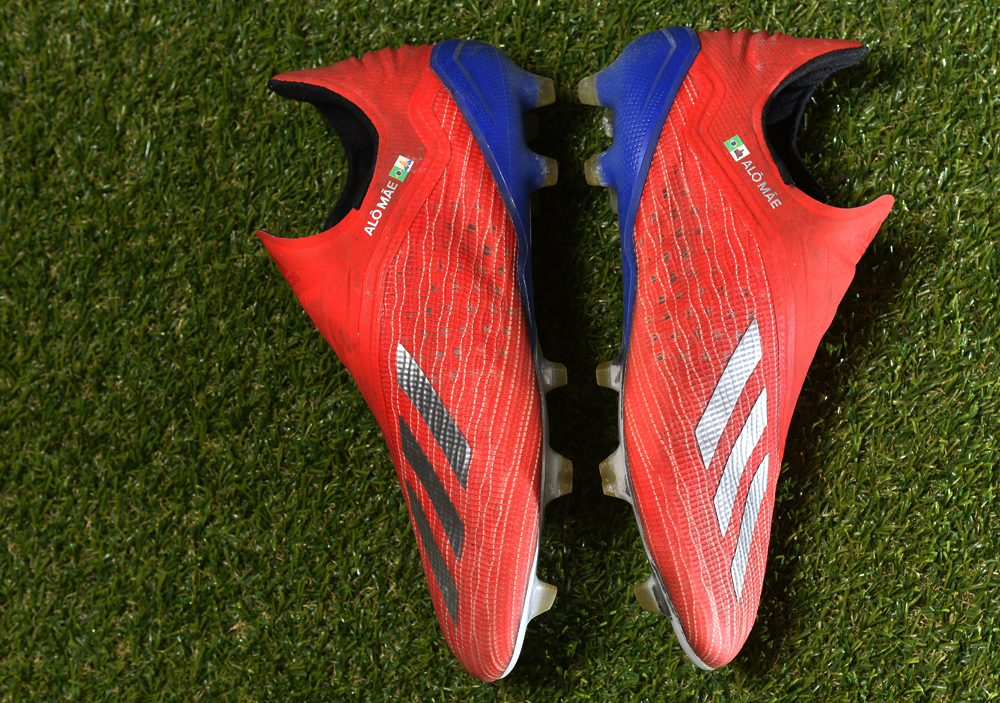 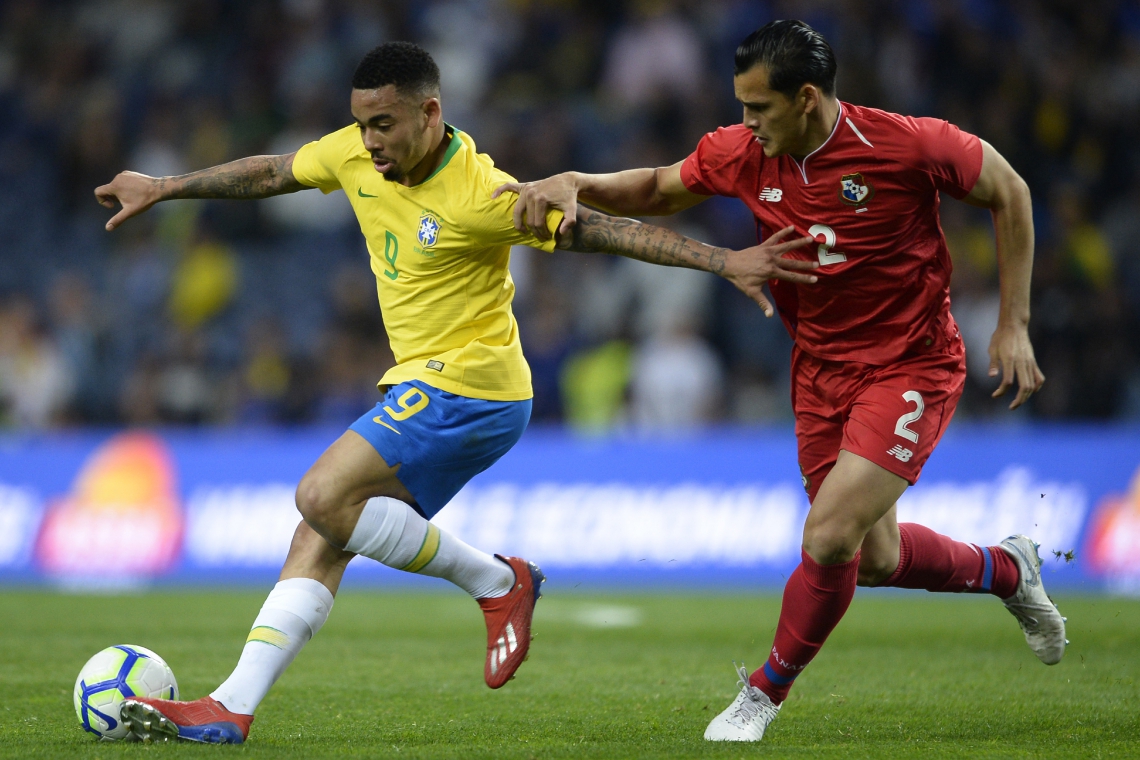 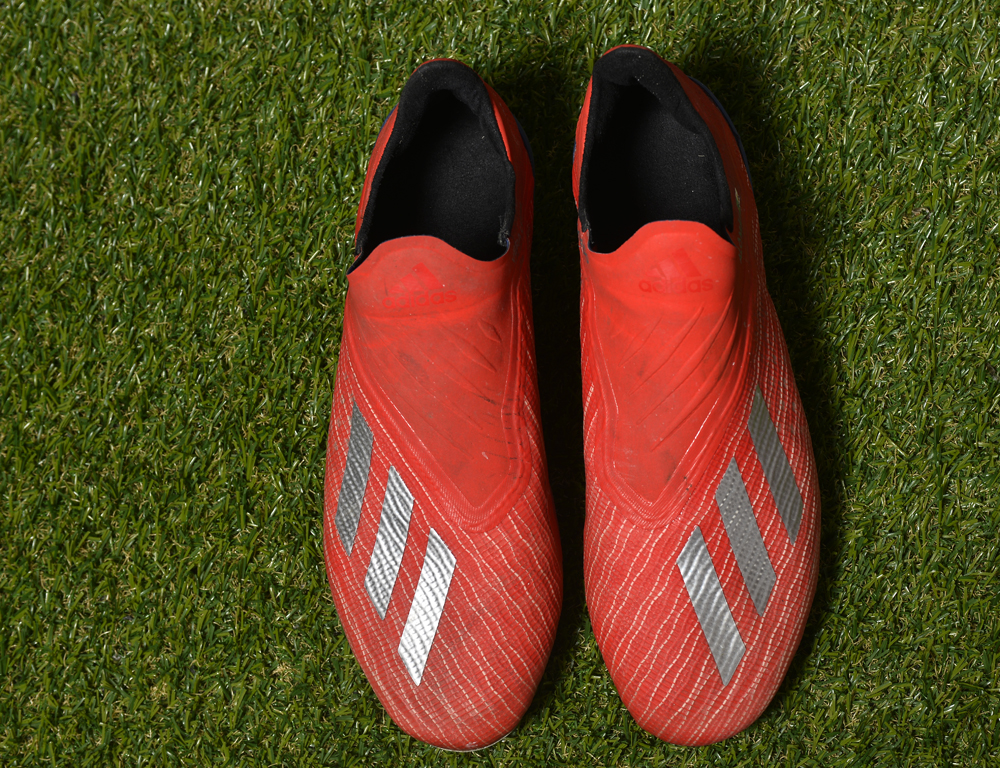 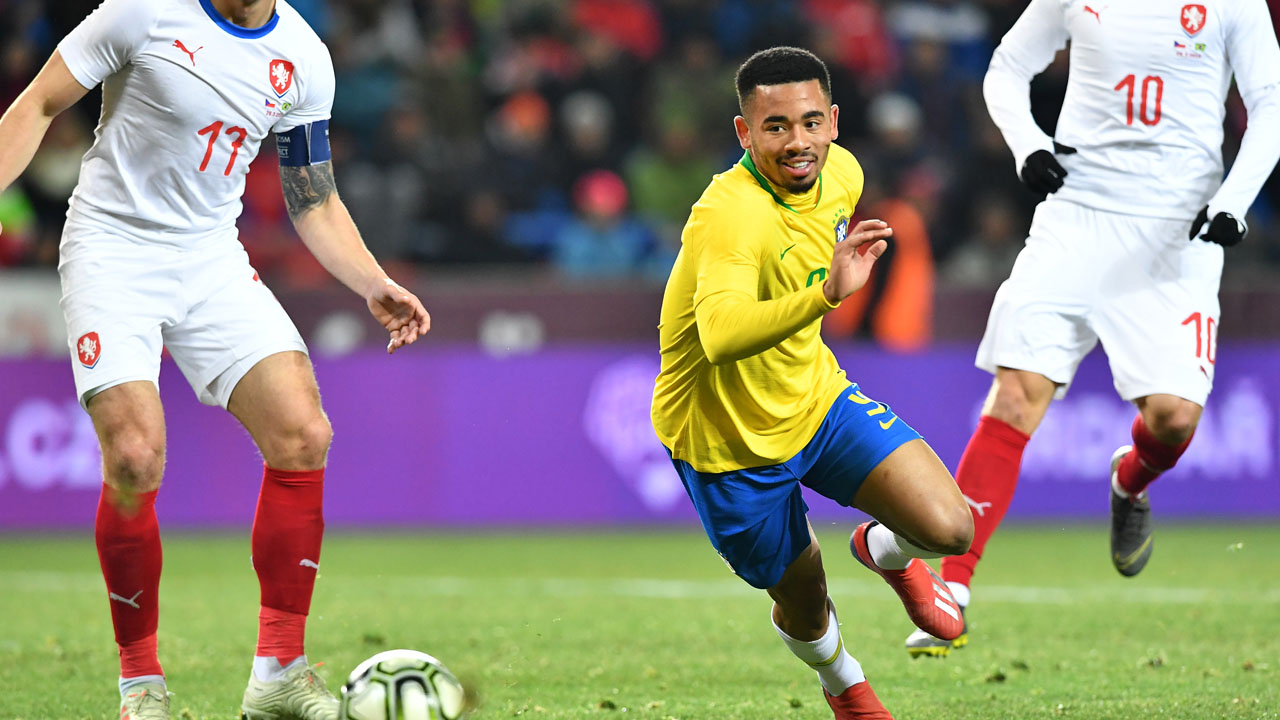 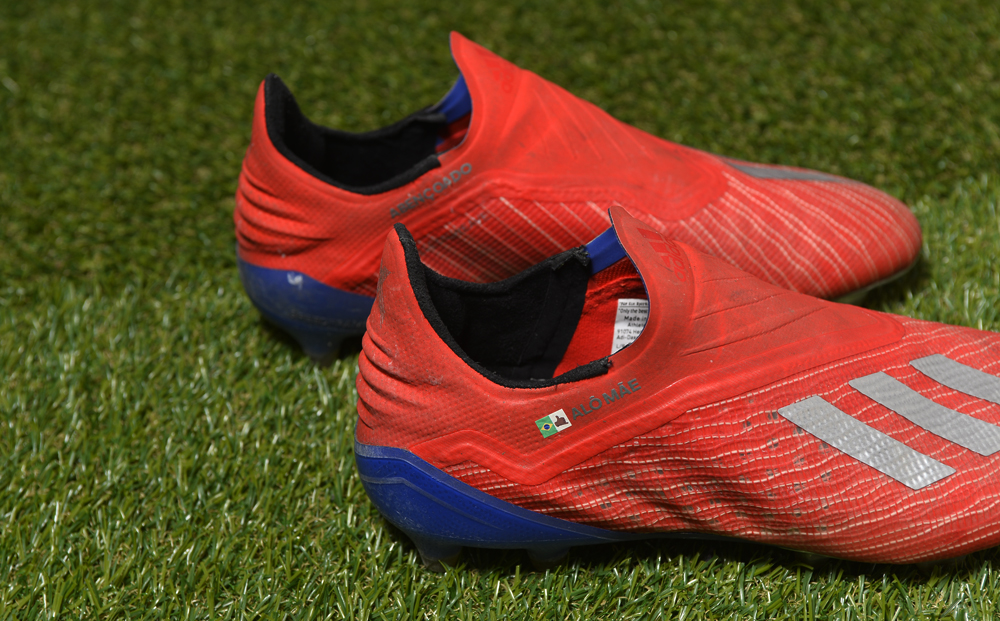 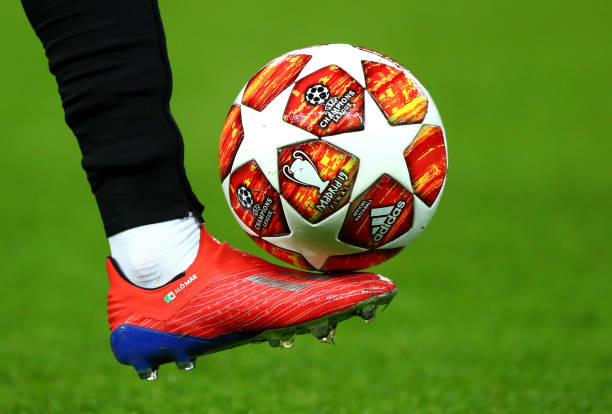 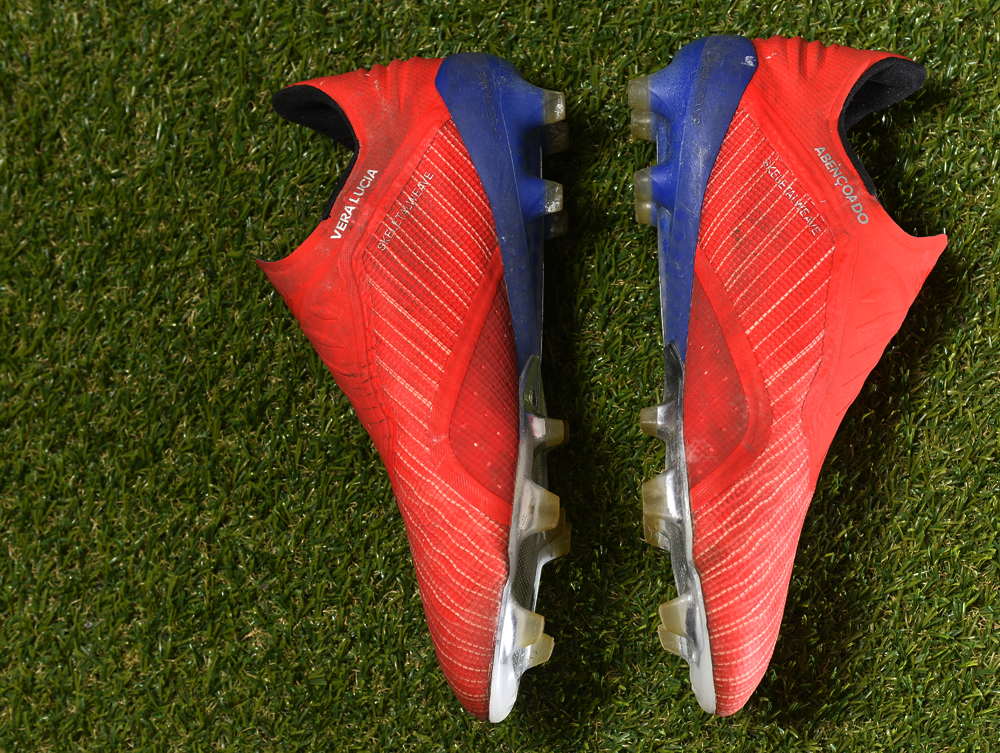 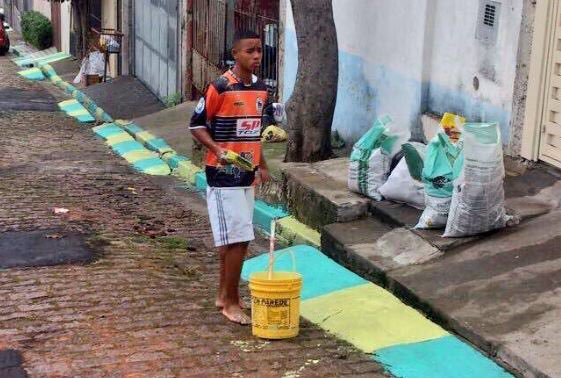 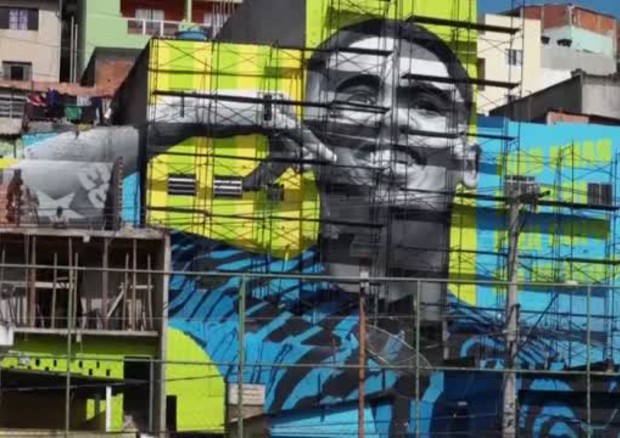 Born in São Paulo, Jesus grew up in the neighborhood of Jardim Peri. After initially playing street football, he joined amateur clubs in the region, his last one being Associação Atlética Anhanguera. Gabriel Jesus came to England with his mother and older brother along with two friends.[citation needed] He comes from a religious family and reportedly chose to wear the number 33 in tribute to the age at which Jesus Christ is believed to have been crucified. He and Neymar got matching tattoos in August 2016 depicting a boy overlooking a favela. Gabriel Jesus has revealed he painted the streets of Brazil before the 2014 World Cup with a throwback photo posted on social media. The Manchester City star was playing for Palmeiras in Sao Paulo’s under-17 championship, scoring 37 goals in 22 games, when the photos were taken. They show the footballer standing bare foot in the road helping with his home state’s preparations for the major tournament. Meanwhile, Brazil legend Zico has predicted the 20-year-old could become one of the greatest players in the world. “If he continues to grow, he has everything to achieve that,” he told ESPN FC. “He demonstrates everyday that he’s a great professional, with fantastic quality. “Gabriel is a player who pursues hard work with competence. He has everything to become one of the greatest in Brazilian football history.” Appearing in EA Sports’ FIFA video game series, Jesus’s goal celebration – ‘Alô-mãe’, where he makes a telephone gesture – features in FIFA 19, that was also represented on a street art murals in the São Paulo’s favelas. 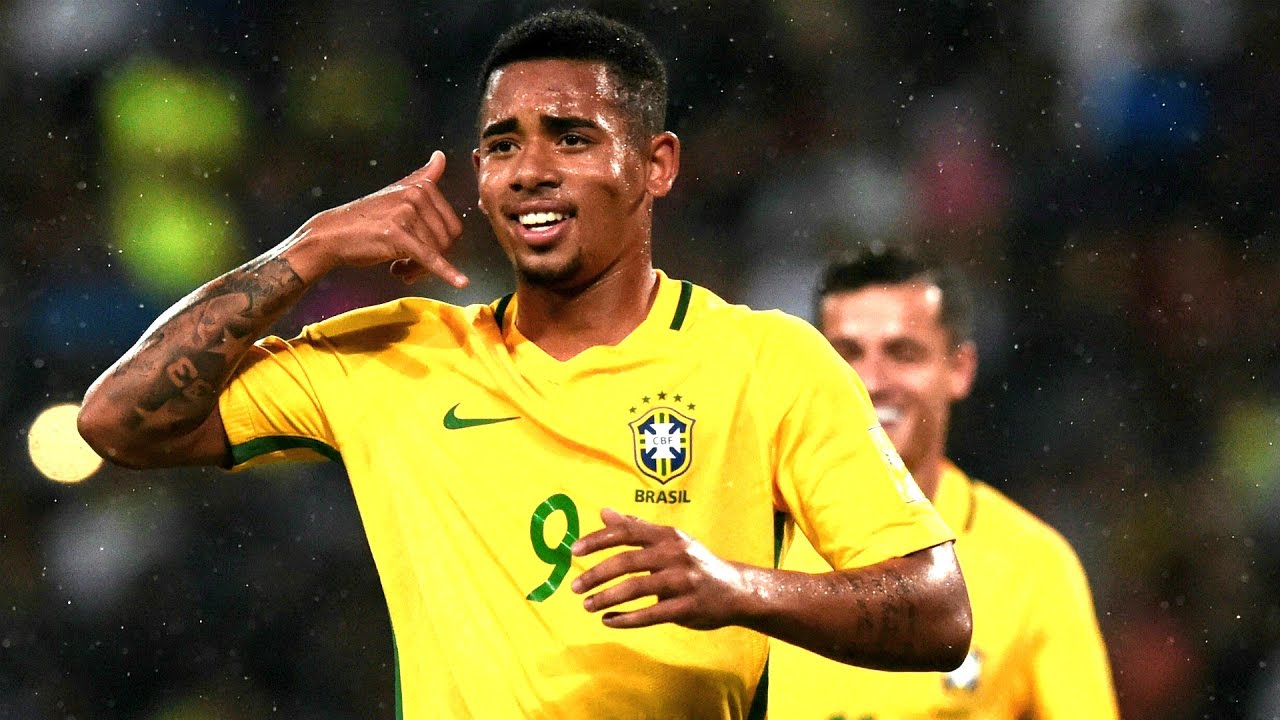 Grosso Grosso2019-09-11T22:11:05+00:00
Page load link
This site uses cookie technology, including third parties' ones. If you want to know more click here. If you access any element of this site outside this banner, you consent to the use of cookies. Ok
Go to Top