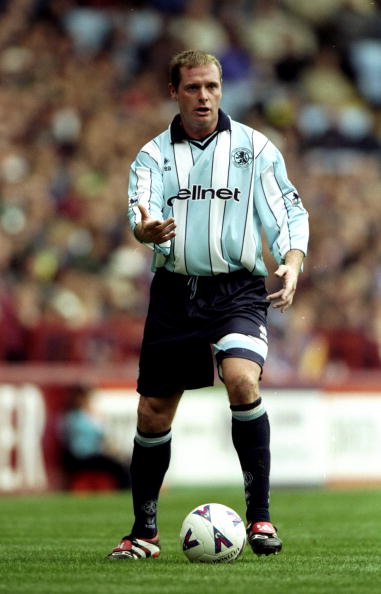 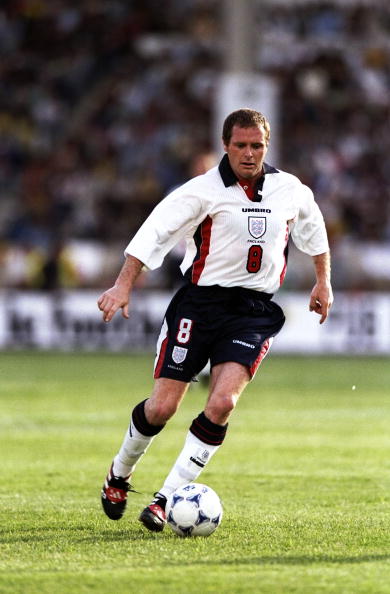 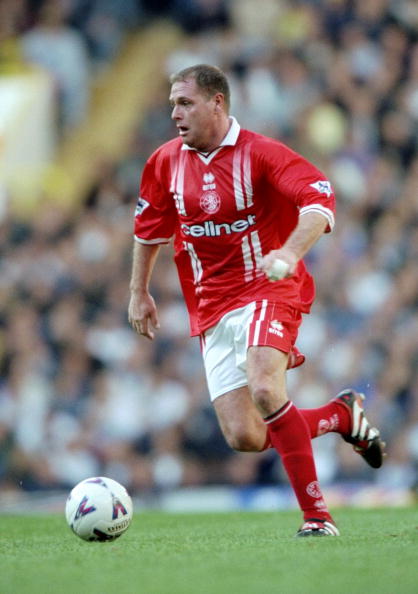 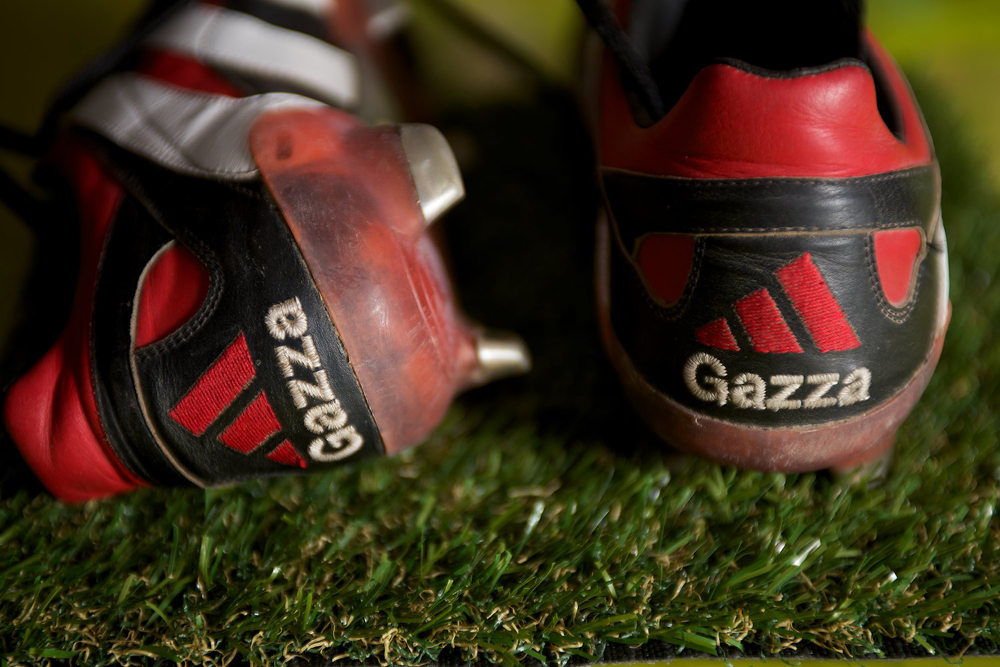 Gascoigne left Scotland to join Middlesbrough for £3.45 million in March 1998, where former England teammate Bryan Robson was manager. His first match was the 1998 Football League Cup Final defeat to Chelsea at Wembley, where he came on as a substitute. He played seven games in the First Division, helping “Boro” into the Premier League as runners-up to Nottingham Forest at the end of the 1997–98 season. Before the 1998–99 campaign began, Gascoigne began suffering from blackouts after blaming himself for the death of a friend, who died after Gascoigne and a group of friends went on a night out drinking. Despite his ongoing personal problems and his spell in rehab, Gascoigne started the season in good form and helped Middlesbrough into fourth place by Christmas. They ended the season in ninth place and having scored three goals in 26 top-flight games Gascoigne was linked with a recall to the England squad, who were now managed by former teammate Kevin Keegan and lacking a creative presence in midfield. His career went into terminal decline during the 1999–2000 campaign, with Gascoigne breaking his arm after elbowing opposition midfield player George Boateng in the head during Middlesbrough’s 4–0 defeat to Aston Villa at the Riverside Stadium. He subsequently received a three match ban and £5,000 fine from the Football Association. 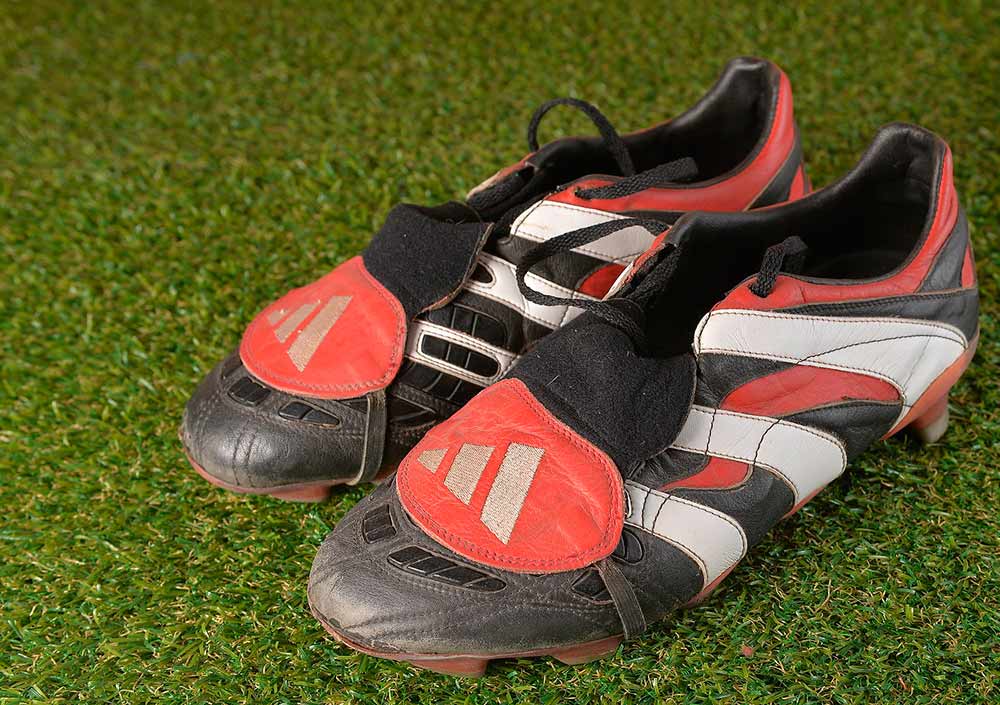 A creative, hard-working, and technically gifted playmaker who played as an attacking midfielder, Gascoigne was capable both of scoring and setting up goals, due to his passing accuracy and his powerful striking ability. Gascoigne was gifted with pace, physical strength, balance, and excellent dribbling skills, which allowed him to protect the ball, beat opponents, and withstand physical challenges. Despite his talent, he was also criticized for his erratic behaviour and aggression on the pitch. His turbulent and often unhealthy lifestyle off the pitch, as well as his tendency to pick up injuries, is thought to have affected his career.

Grosso Grosso2017-09-02T20:53:50+00:00
Page load link
This site uses cookie technology, including third parties' ones. If you want to know more click here. If you access any element of this site outside this banner, you consent to the use of cookies. Ok
Go to Top