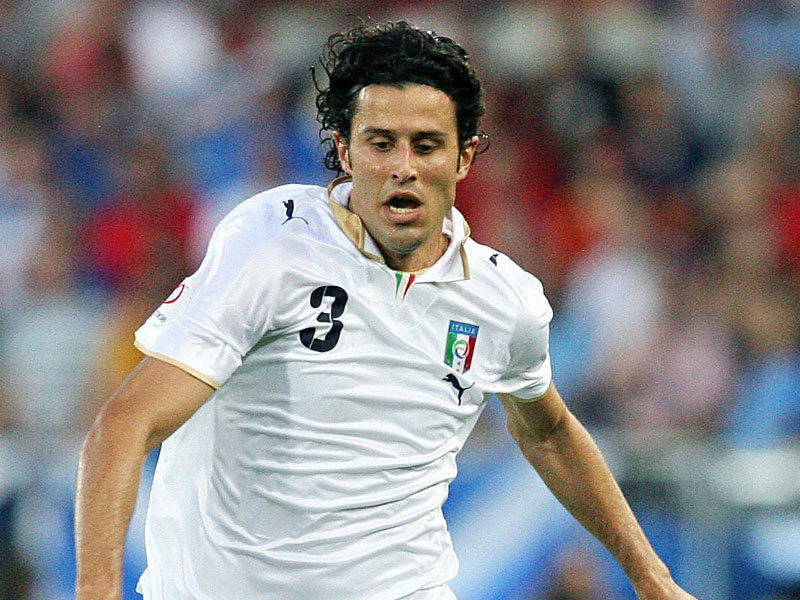 Fabio Grosso is a former Italian professional footballer who played as left-back. After playing for several smaller Italian clubs, such as Renato Curi, Chieti, and Perugia, he made his break-through during his two seasons with Palermo, which earned him a move to defending Serie A champions Inter in 2006; during his only season with the club, he helped the team to defend the league title and win the Supercoppa Italiana. He later also won titles with French side Lyon, and Juventus. Grosso made 48 appearances for Italy and scored the decisive late first goal against Germany in the 2006 World Cup semi-final and also scored the winning penalty in the penalty shootout against France in the final that won the trophy for the Azzurri. He also represented Italy at UEFA Euro 2008, and the 2009 FIFA Confederations Cup. Grosso retired in 2012 after winning the Scudetto with Juventus. 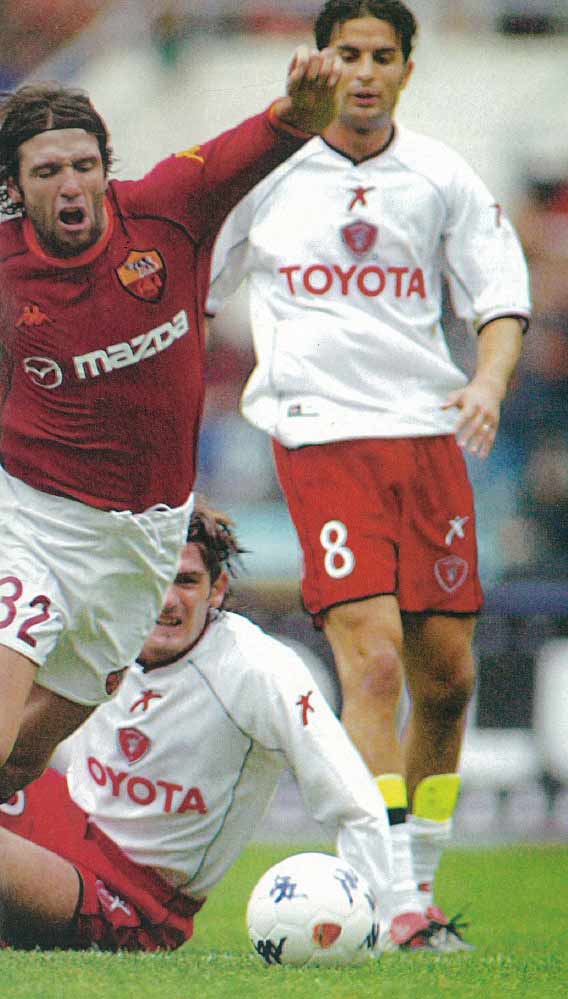 He officially joined Perugia Calcio of the Serie A in July 2001, and in his debut Serie A season, Grosso managed an impressive 24 appearances with a single goal. By now he had been converted into a left wing back by coach Serse Cosmi, and in his second season in Perugia, Grosso maintained a starting position and made 30 league appearances with 4 goals. In his third season with Perugia, Grosso made just 12 appearances in the first 6 months of the 2003–04 season. To some surprise, Grosso transferred away from Perugia in January 2004, and was sold to Palermo, who, at the time, played in the Italian Serie B. In 2003, during his time with Perugia, Grosso earned his first Italy cap. 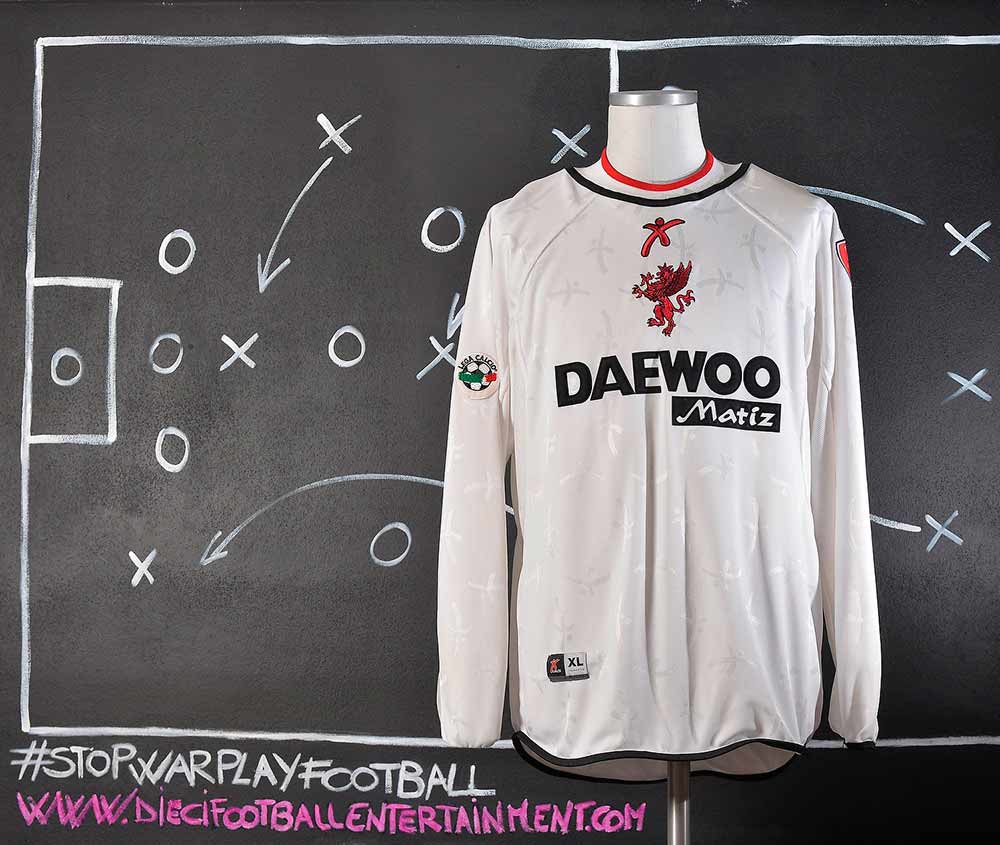 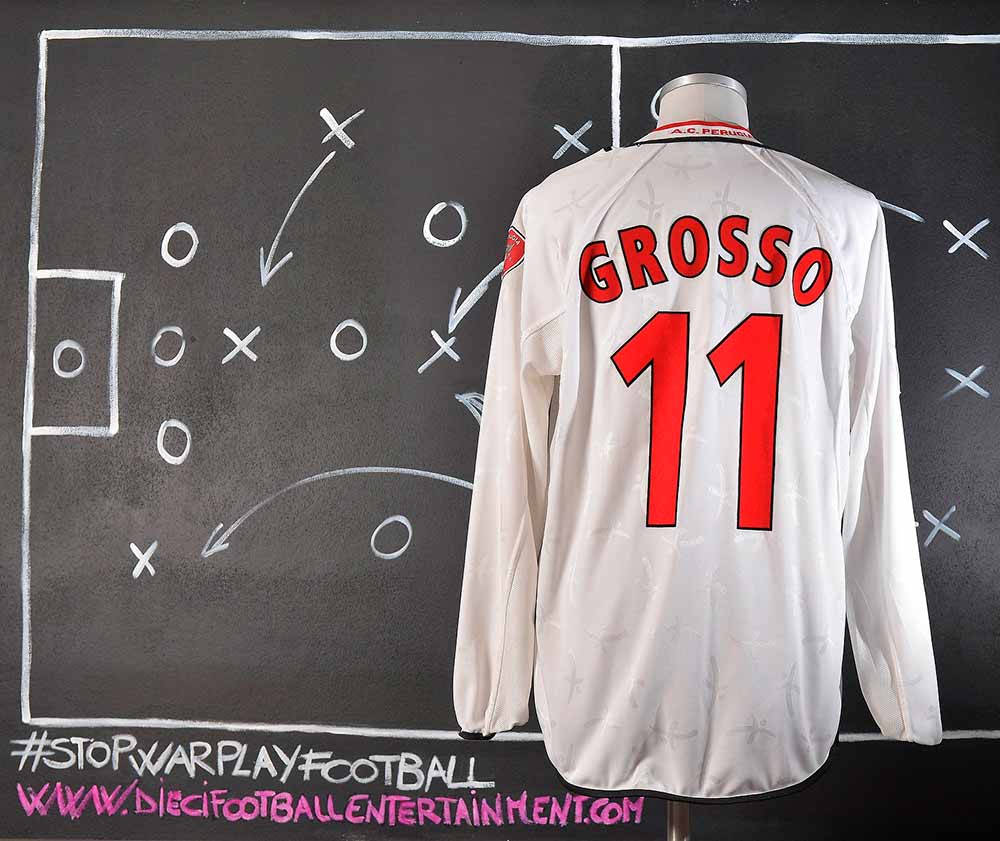 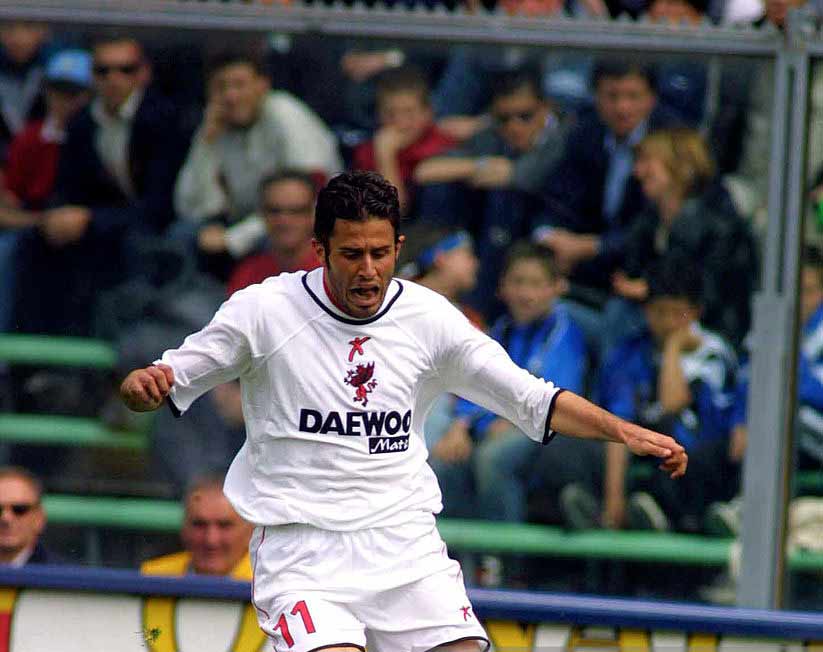 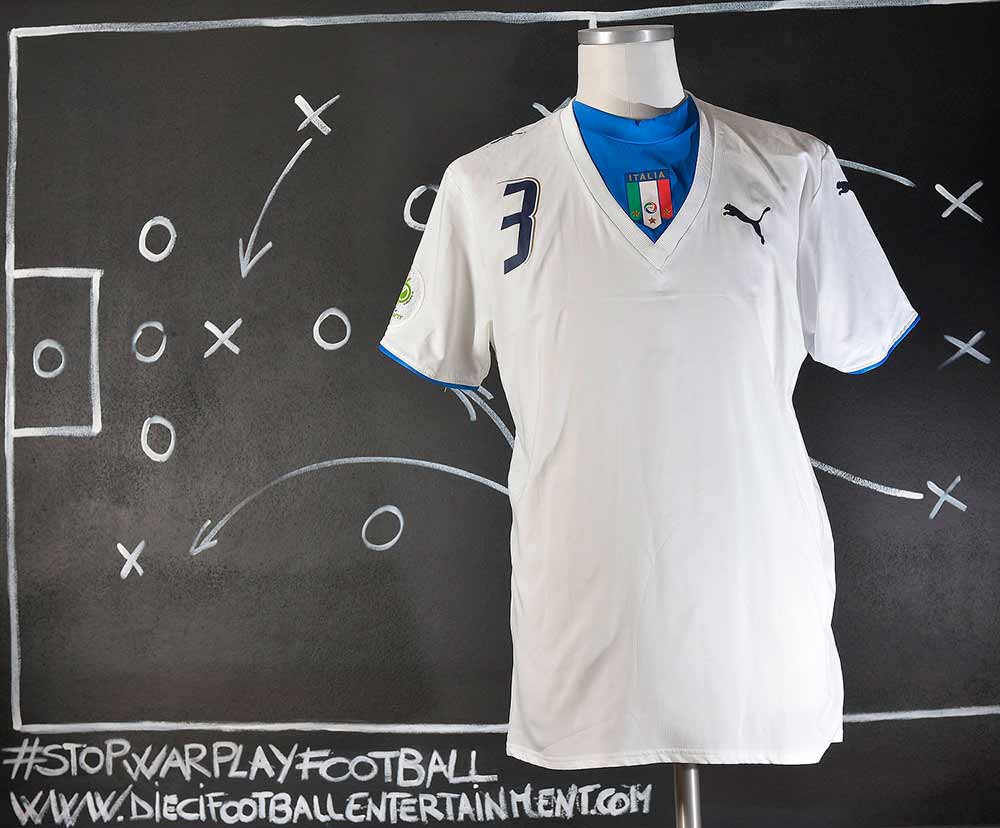 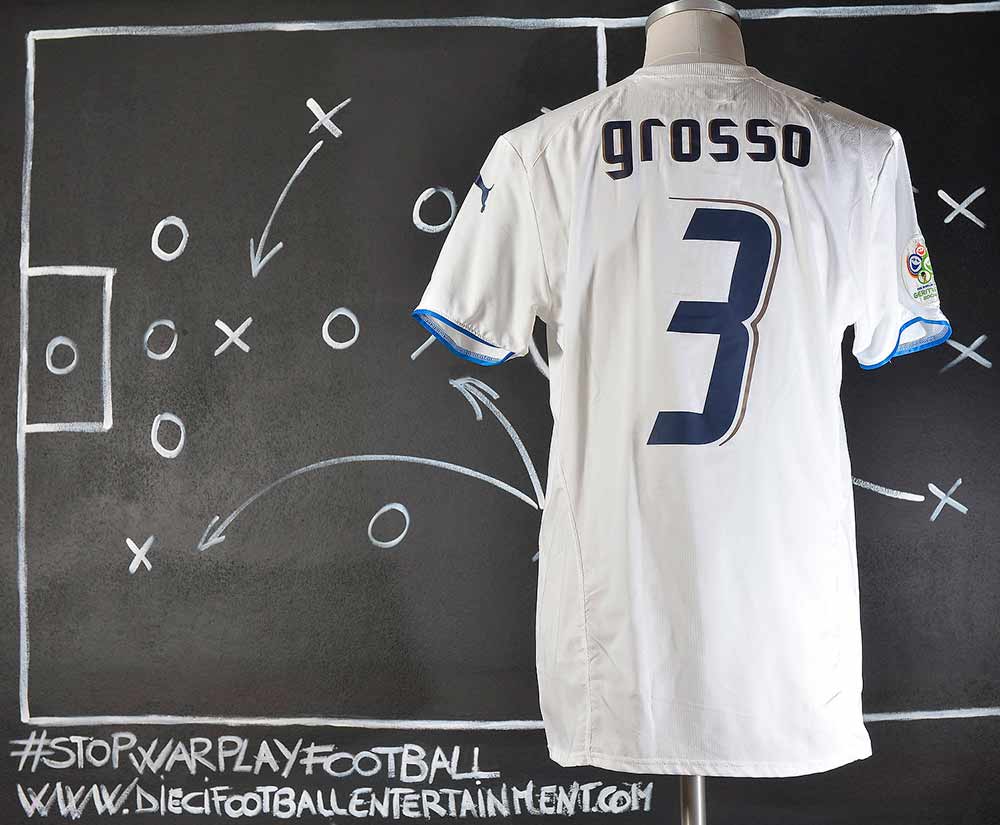 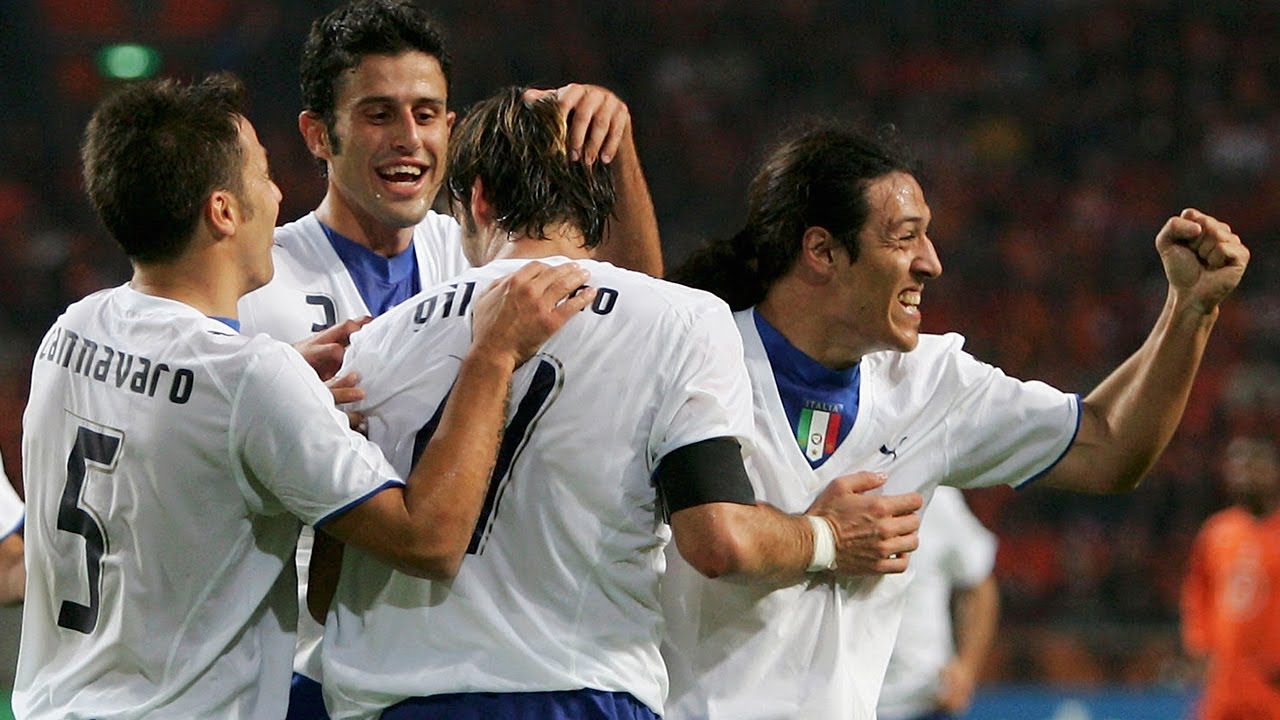 This model was never used by the team during the World Cup 2006 since the team always wore the home blue shirt. It was used against Netherlands in November 2005 for the first time and then it was used after the World Cup for the Euro 2008 Qualifying Games. 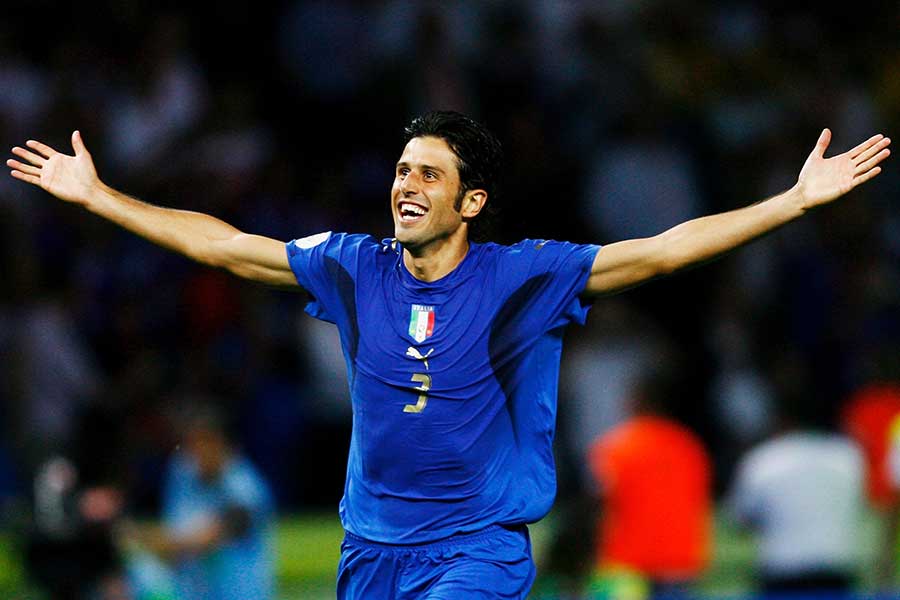 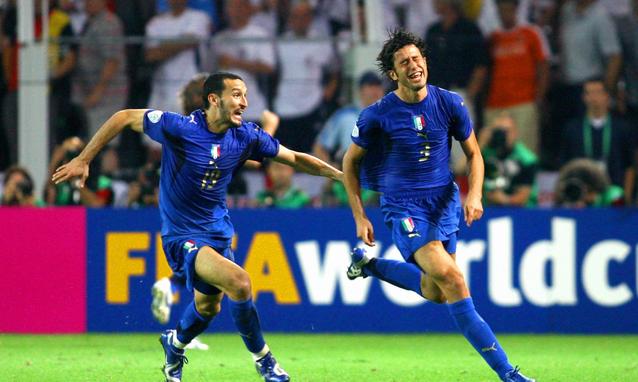 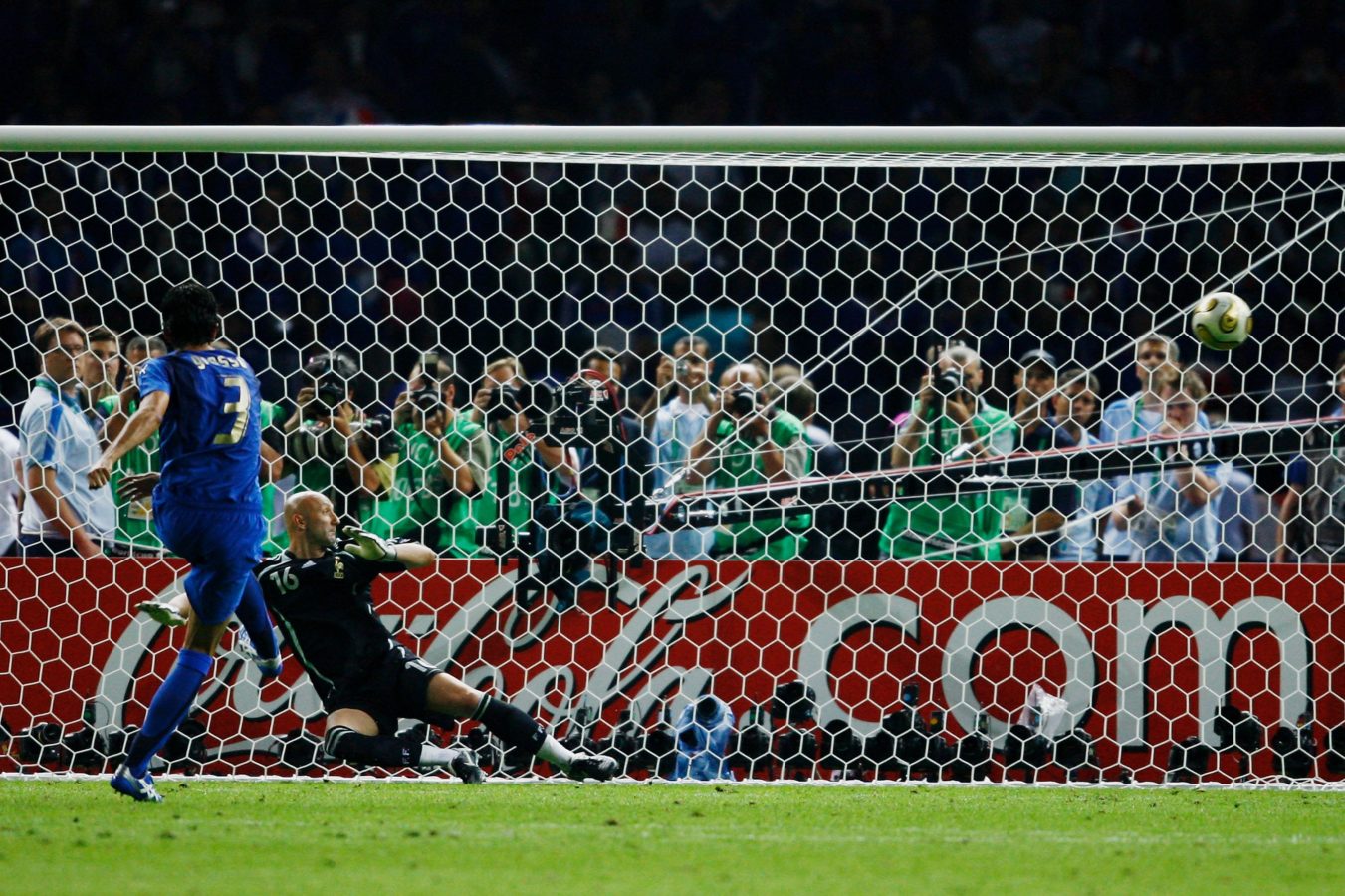 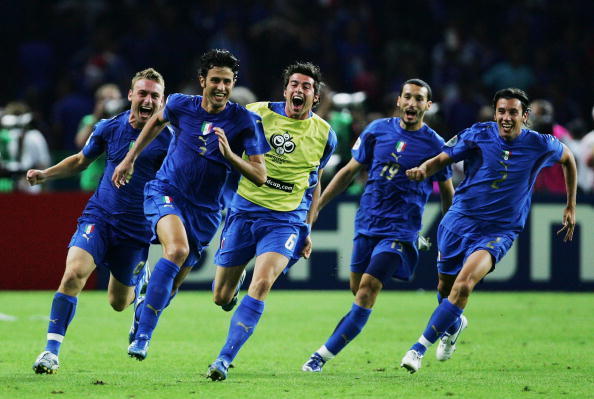 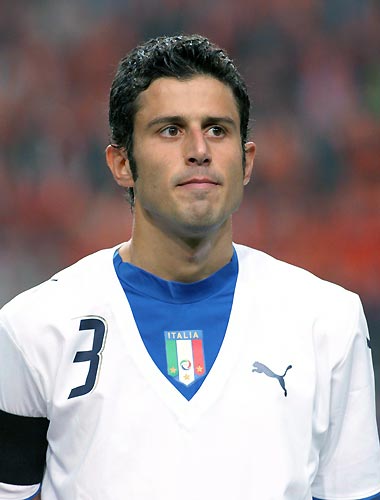 Grosso made his international debut with the Italy national football team on 30 April 2003, in a 2–1 friendly away win over Switzerland, under manager Giovanni Trapattoni. He scored his first goal for Italy in a 1–1 away draw against Scotland, on 2 September 2005, in a 2006 FIFA World Cup qualifying match.From 2005 onwards, Grosso became a regular member of the starting line-up at left-back under Marcello Lippi, and was called up to represent Italy at the 2006 FIFA World Cup by manager Marcello Lippi, playing a key role throughout the tournament as the Italians went on to win the title. In injury time of the round of 16 fixture against Australia, with the score tied at 0–0, Grosso advanced with the ball into the box from the left flank and was allegedly fouled in the penalty area by Lucas Neill, who went to ground, causing Grosso to stumble; Francesco Totti subsequently converted the decisive penalty as a ten-man Italy won the match 1–0 to advance to the quarter-finals. The decision by referee Luis Medina Cantalejo to award the penalty was contentious, however, with some in media accusing Grosso of diving. In 2010, Grosso admitted that he didn’t stay on his feet because he was exhausted and “didn’t have the strength to go forward”, he said he “felt contact, so I went down” and “maybe I accentuated it a little bit”, but insisted that after reviewing the replay that Neill did commit a foul. On 4 July 2006, Grosso scored the first goal against hosts Germany in the 119th minute of the World Cup semi-finals, with a curling left-footed strike beyond the reach of Jens Lehmann into the Germans’ net from the edge of the box, which commentator John Motson would describe as “magnificent”, while Grosso ran about screaming “Non ci credo!” (I don’t believe it!) as his teammates celebrated. In the World Cup final, five days later, he scored the winning penalty against France in a 5–3 victory in the resulting shoot-out after a 1–1 draw following extra-time, which allowed the Italy national team to win their fourth World Cup title.Grosso was also included in Roberto Donadoni’s 23-man Italy squad for UEFA Euro 2008. He made a substitute appearance in Italy’s opening match of the tournament, a 3–0 defeat to the Netherlands, but was subsequently started in the remaining two group matches, a 1–1 draw against Romania, and a 2–0 win over France, and was praised in the Italian media for his performances along the left flank as Italy advanced from the group in second place. In the quarter-final match against eventual champions Spain, he helped the team keep a clean-sheet, and converted Italy’s first penalty in the resulting shoot-out, which Spain won 4–2. Following the tournament, he was later also the first choice left-back in Marcello Lippi’s Azzurri squad for the 2009 FIFA Confederations Cup and the 2010 World Cup qualifying campaign. For the 2010 World Cup held in South Africa, he was called up to the pre-World Cup training camp along with team-mates Gianluigi Buffon, Giorgio Chiellini, Fabio Cannavaro, Nicola Legrottaglie, Mauro Camoranesi, Antonio Candreva, Claudio Marchisio and Vincenzo Iaquinta on 4–5 May and was included in the 30-men preliminary squad announced on 11 May. However, in the second training camp, he was dropped along with Juventus team-mate Candreva. 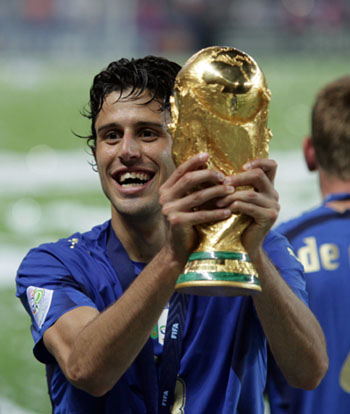 Grosso Grosso2020-05-10T11:55:04+00:00
Page load link
This site uses cookie technology, including third parties' ones. If you want to know more click here. If you access any element of this site outside this banner, you consent to the use of cookies. Ok
Go to Top