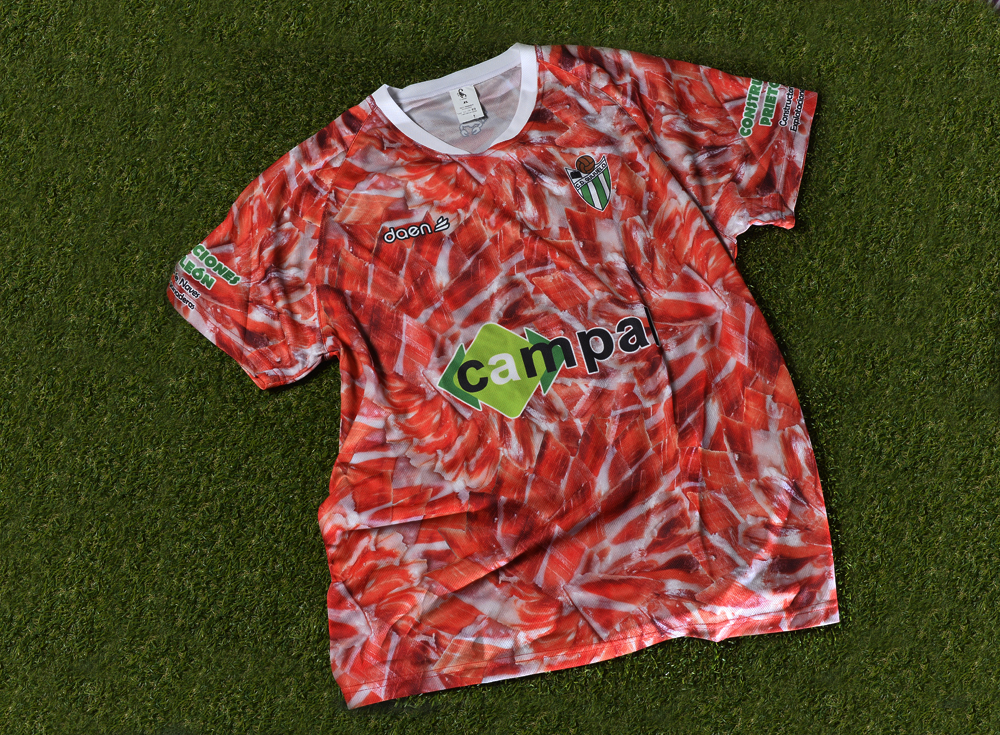 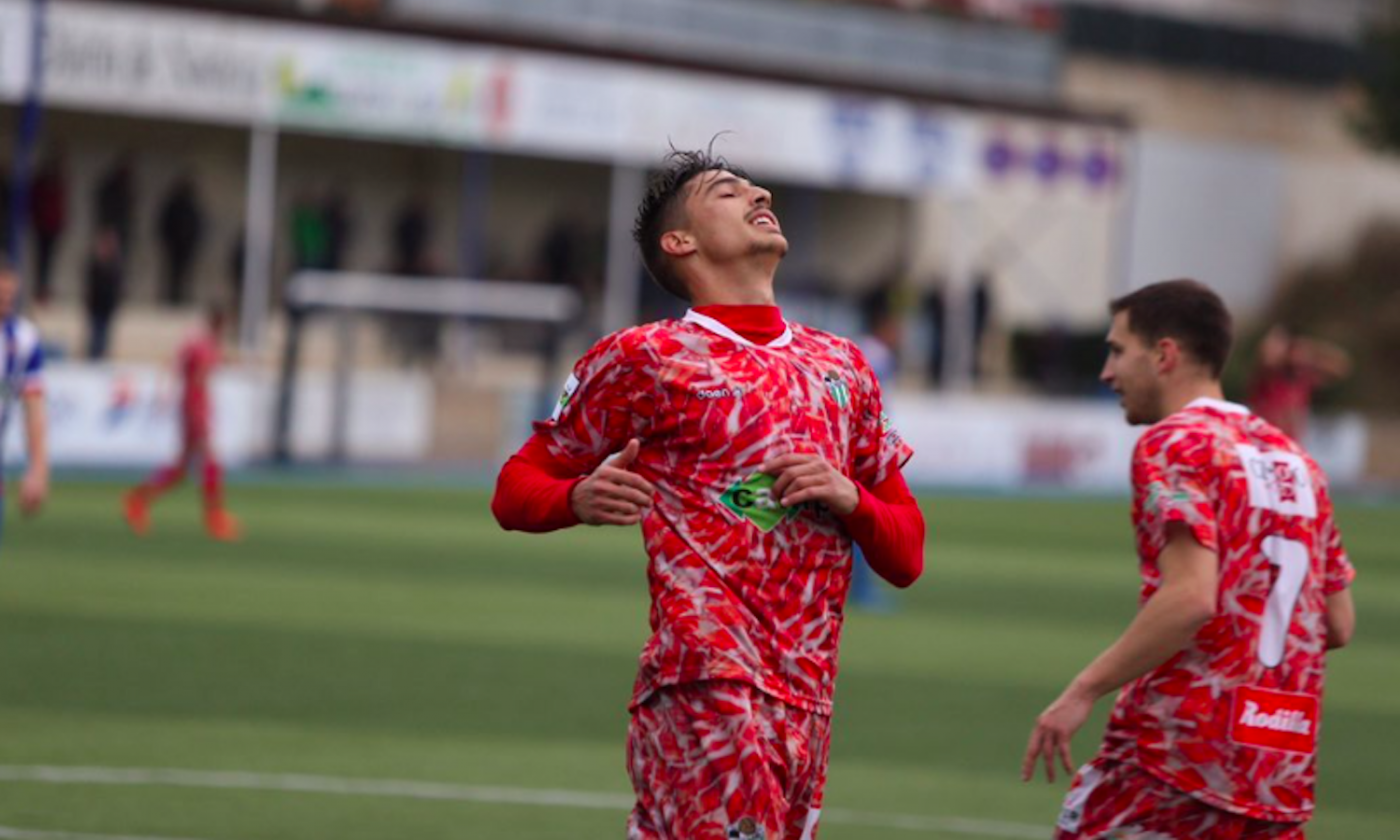 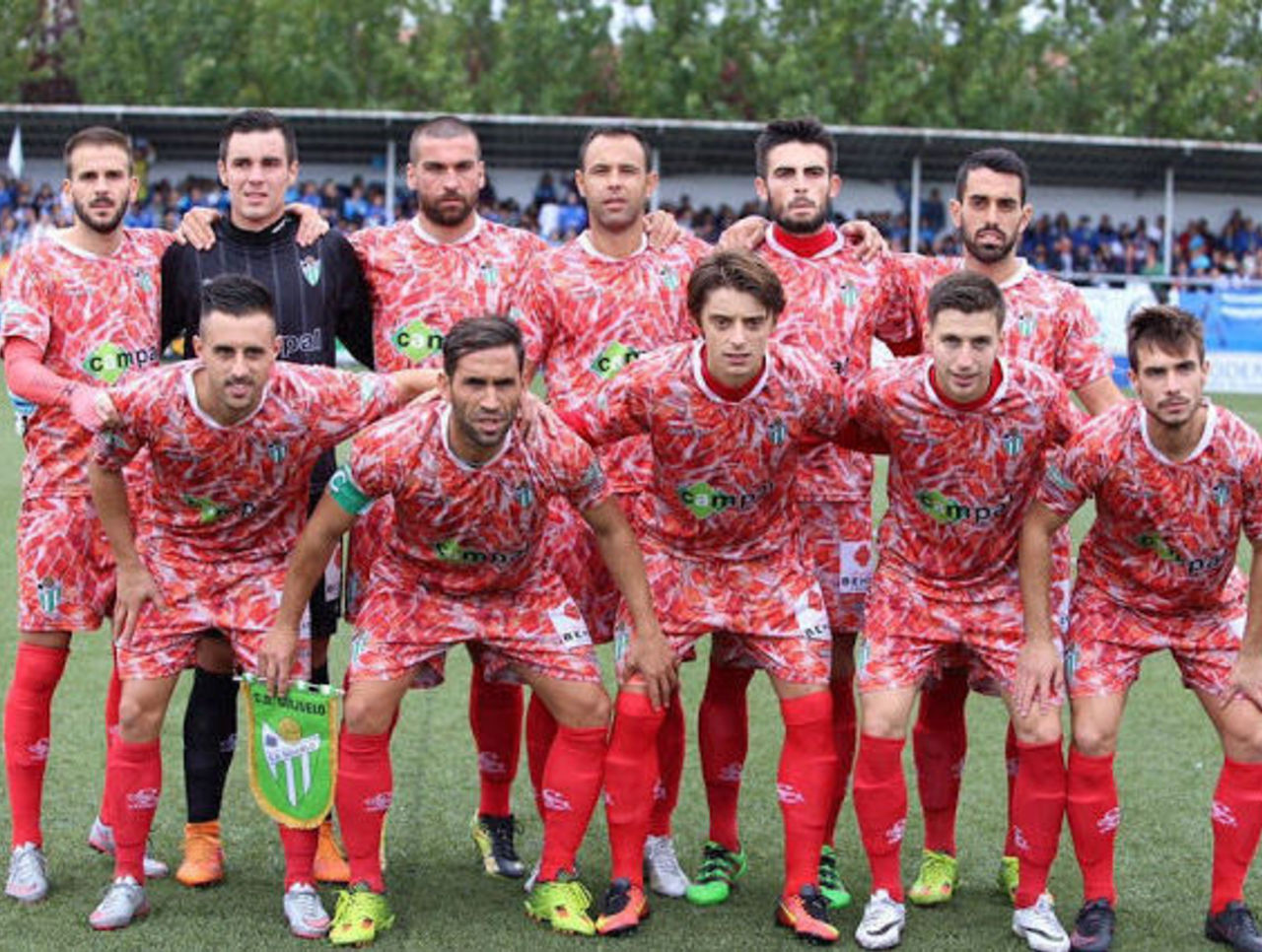 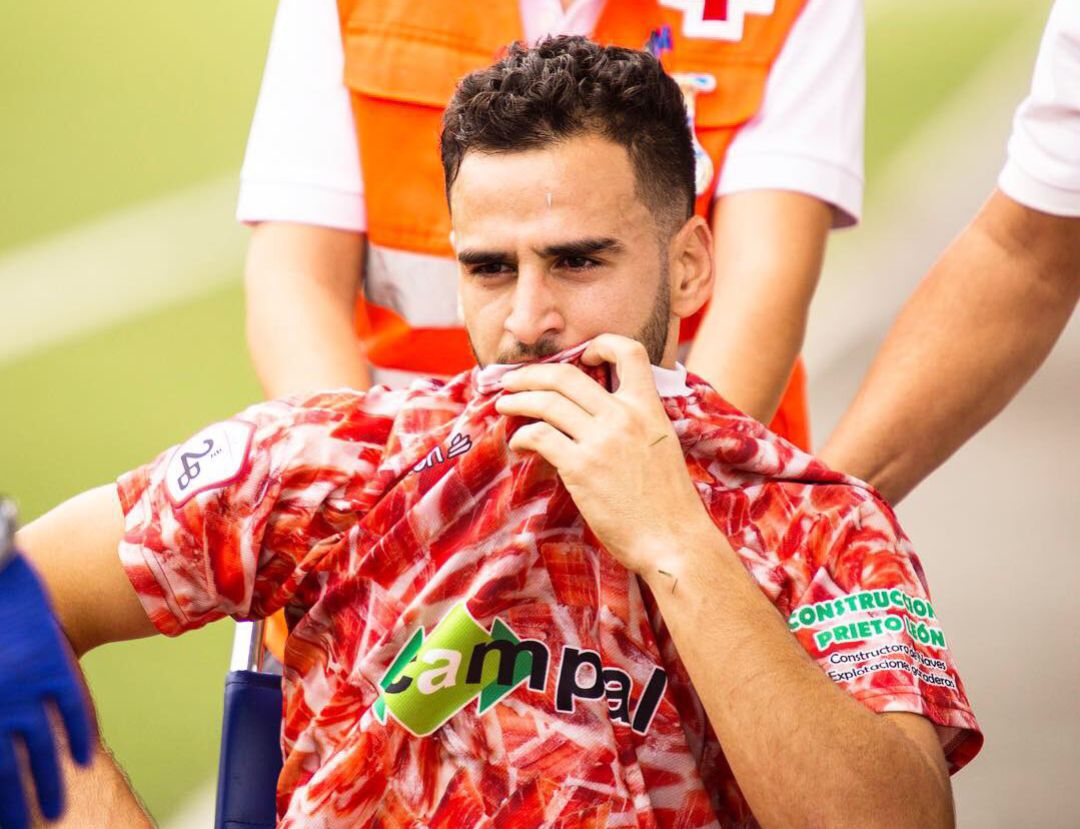 The Club Deportivo Guijuelo is a Spanish football team based in Guijuelo, Province of Salamanca, in the autonomous community of Castile and León. Founded in 1974 it plays in Segunda División B – Group 1, holding home games at the 1,500-seat Estadio Municipal de Guijuelo. In mid-July 1974 C.D. Guijuelo presented the first club’s Board of Directors. One of the first actions was improvement of the club’s infrastructure which they had the cooperation with the City Council for. Another important step was the inscription of the team in the Football Federation, achieved by the efforts of Damián Martín Barriguete and Cesar Picado de la Iglesia. On October 12, 2016 for the first time in its history Guijuelo reached the round of 32 of the Copa del Rey by winning away game against CA Cirbonero 2:1. The club are based in the Salamanca region, famous for its ham, so in the season 2015/2016 the team decided to replace its regular red and white striped shirt with a special ham pattern shirt to look like the famed produce from the area.

Grosso Grosso2020-06-19T18:07:46+00:00
Page load link
This site uses cookie technology, including third parties' ones. If you want to know more click here. If you access any element of this site outside this banner, you consent to the use of cookies. Ok
Go to Top