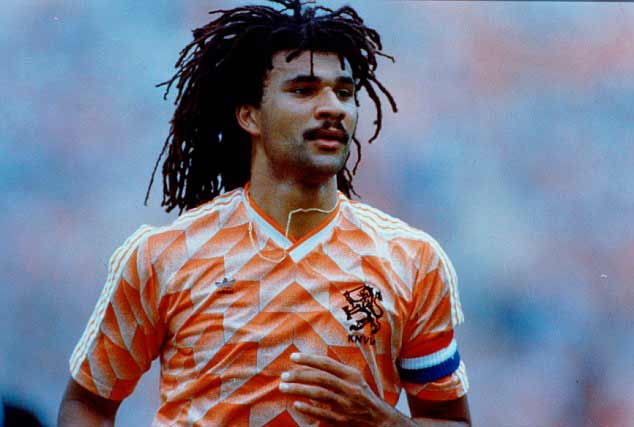 Ruud Gullit is a Dutch football manager and former footballer who played professionally in the 1980s and 1990s as a midfielder or forward. He was the captain of the Netherlands national team that was victorious at UEFA Euro 1988 and was also a member of the squad for the 1990 FIFA World Cup and Euro 1992. At club level, in 1987 he moved from PSV to Milan for a world record transfer fee.[4] Easily recognizable with his distinctive dreadlocks, he was part of the famed Dutch trio at Milan which included Marco van Basten and Frank Rijkaard. Gullit won three Serie A titles and two European Cups with Milan. In 1996, he signed for Chelsea and a year later was appointed the club’s player-manager. In his debut season, he led Chelsea to FA Cup success, the club’s first major title for 26 years, and in so doing became the first overseas manager to win the FA Cup. 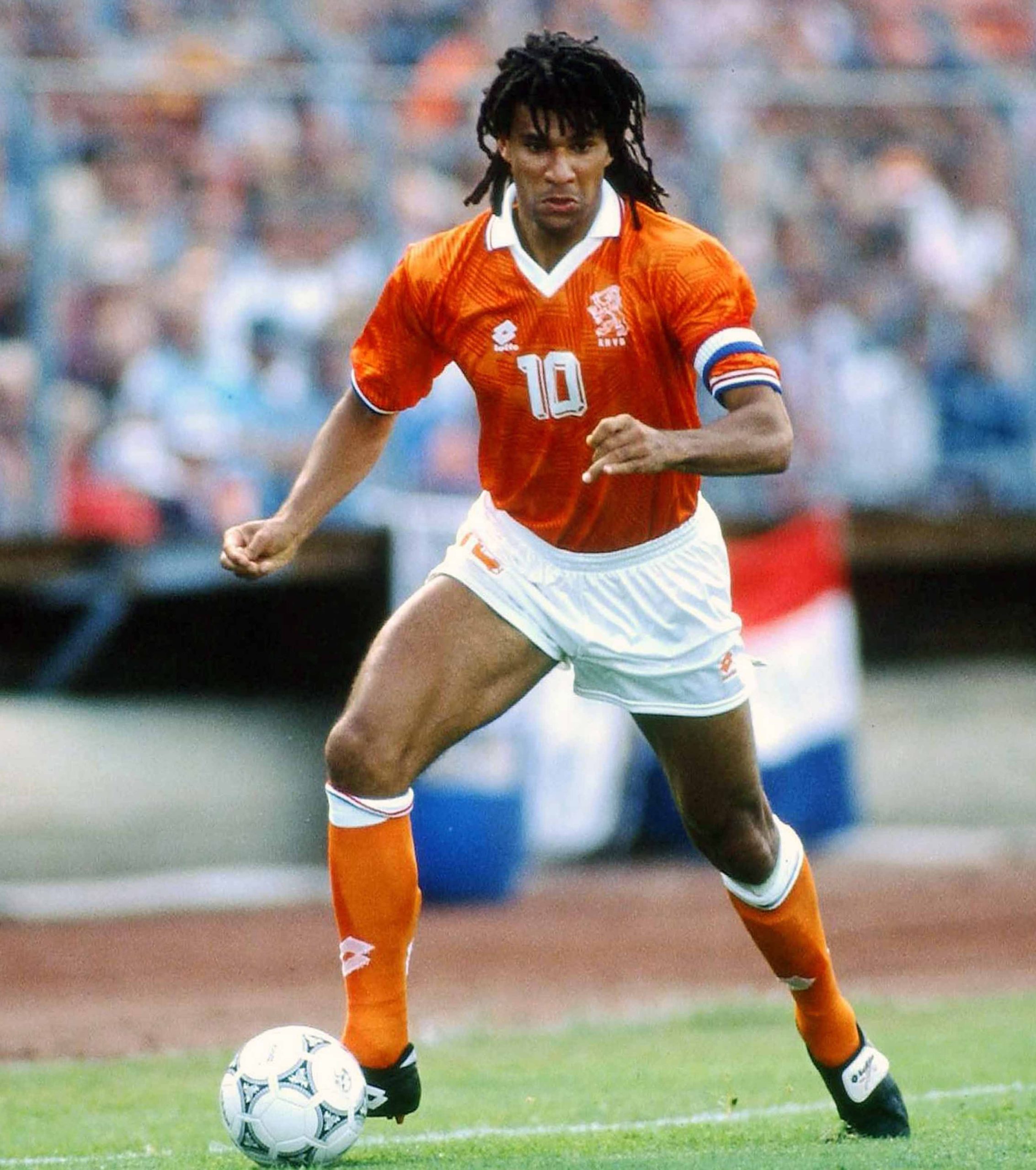 1992 saw the Netherlands again among the favourites for silverware in Sweden at Euro 1992. Gullit appeared in imperious form against Scotland in their opening game of the tournament as he supplied Dennis Bergkamp with an easy goal. But after drawing with Russia and beating Germany, the Netherlands suffered a shock exit on penalties to Denmark, who ended up winning the championship’s Henri Delaunay Trophy. 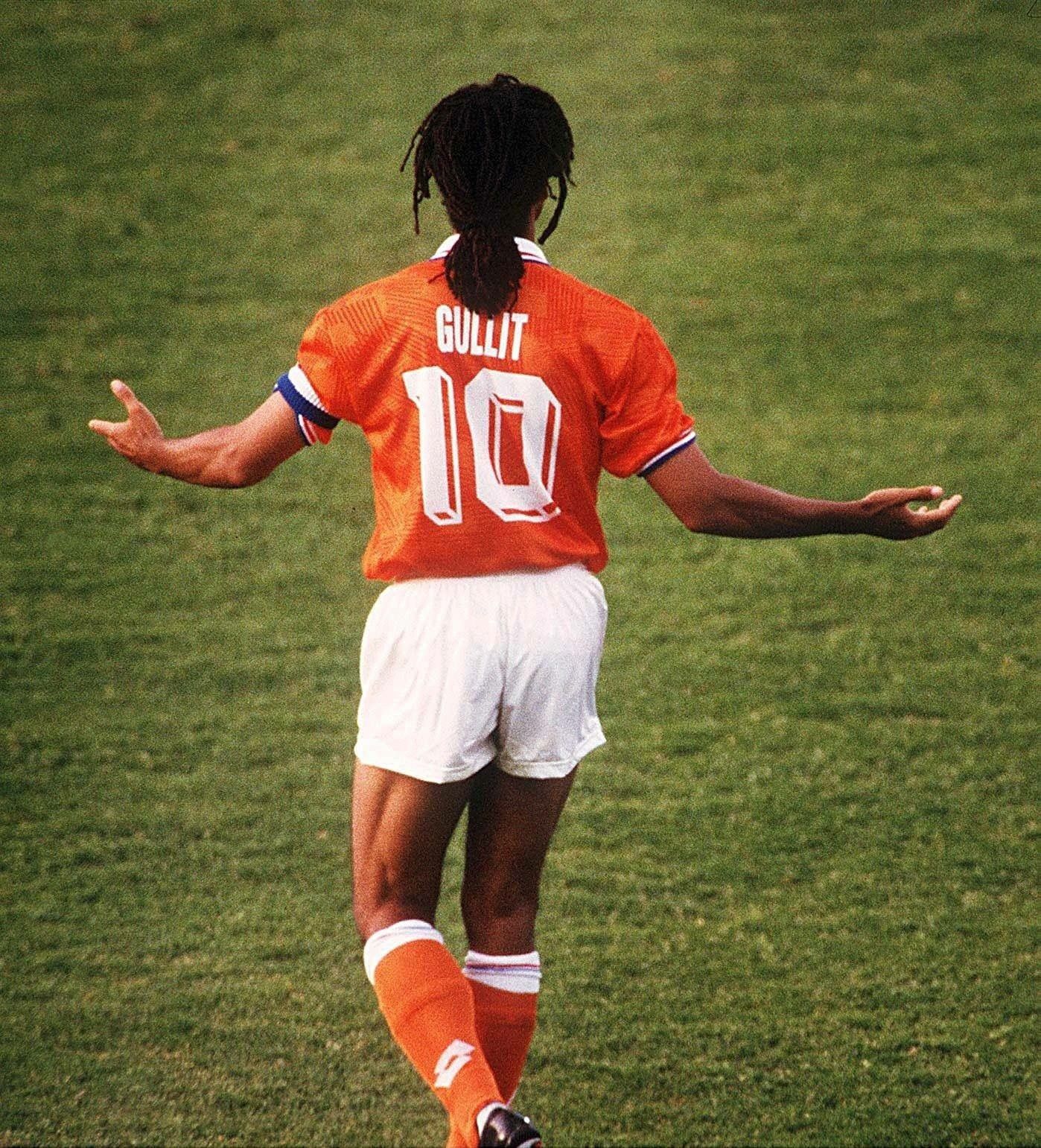 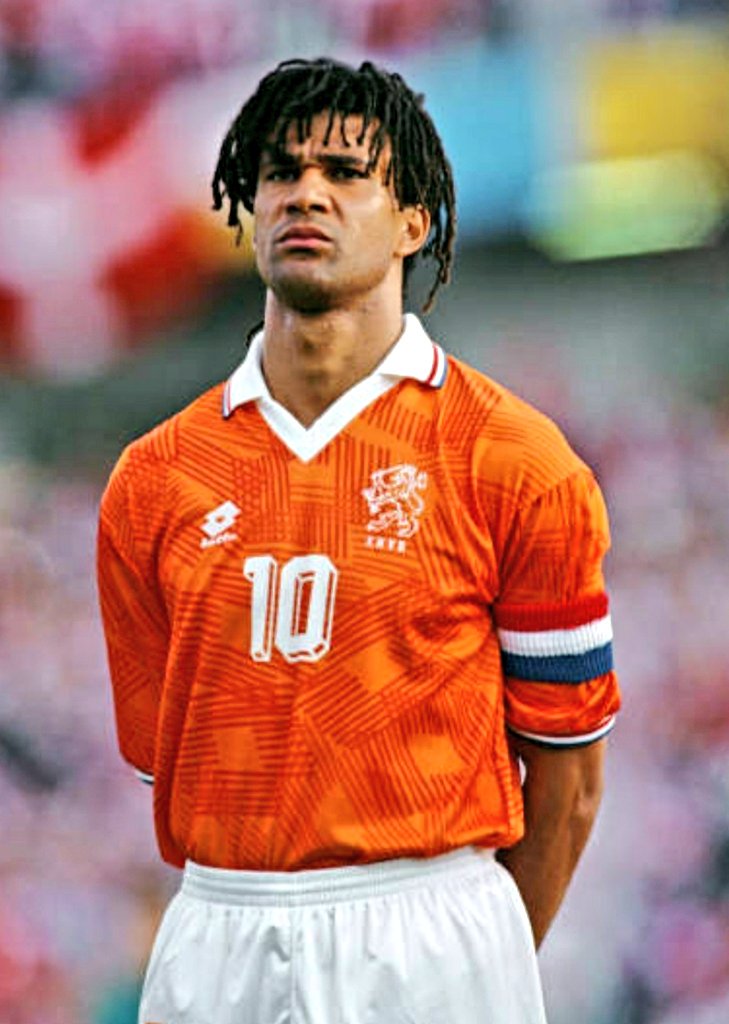 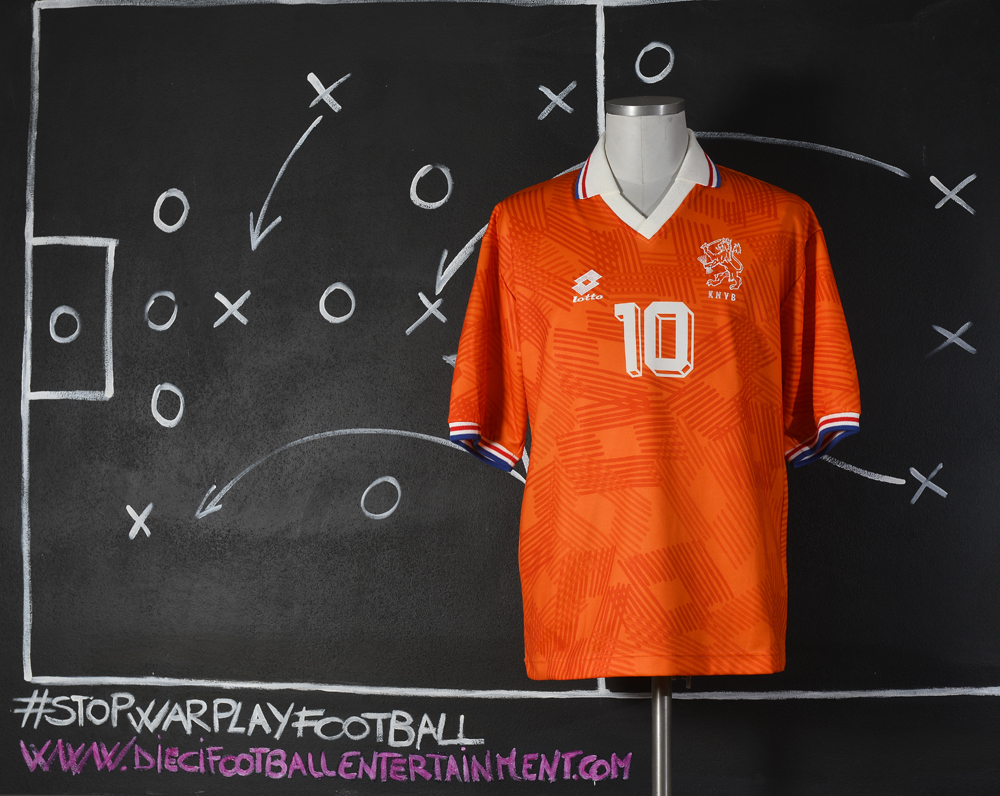 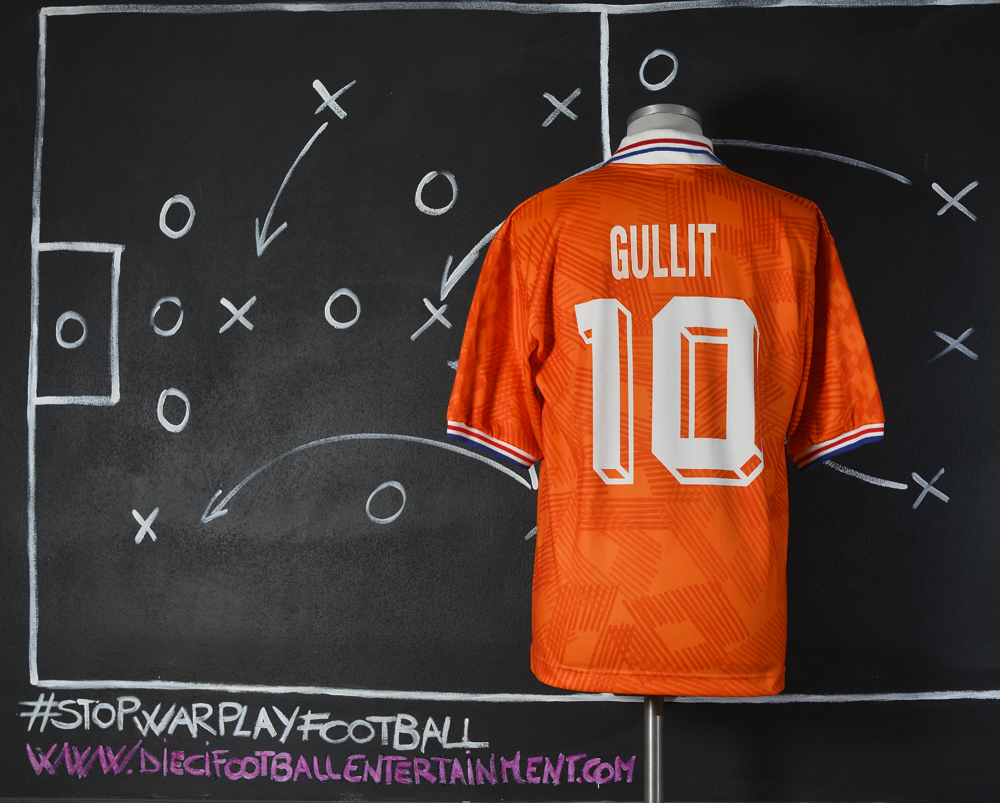 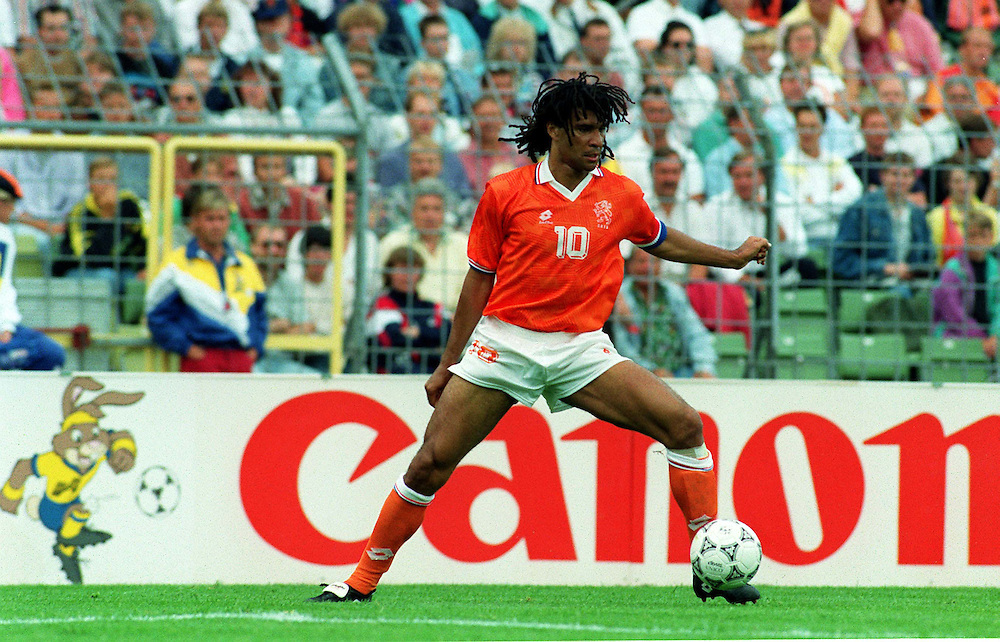 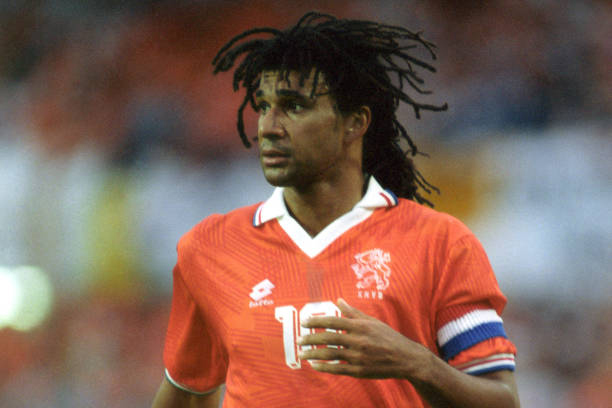 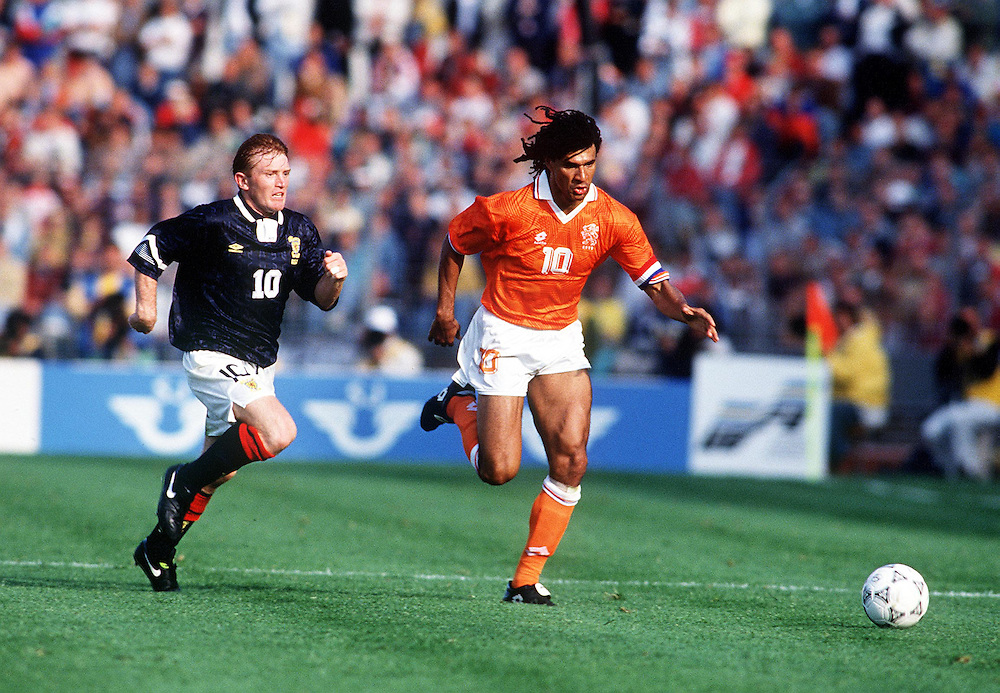 A complete and versatile player, Gullit epitomized the ethos of Total Football as he was naturally adept in several positions, and was capable of aiding his team defensively as well as offensively due to his work-rate and tactical intelligence.[22] Normally deployed as an attacking midfielder or as a second striker, he was capable of playing anywhere in midfield or along the front-line, on either wing or even in the centre, and could also play as a sweeper. Regarded as one of the greatest players of all-time, his foremost attribute was his athleticism, as he used his strength and speed, combined with his technique, to great effect; he was also excellent in the air, as he was tall, powerful, and an excellent jumper. Yet, unusually for a man of his stature, Gullit was an elegant player, who also possessed outstanding natural balance, poise, technical ability, and dribbling skills, which gave a graceful style to his game. Gullit also was noted for his intelligence, creativity, vision, and spatial abilities, qualities that helped him score goals early in his career and enabled him to play in a deeper role as a playmaker late in his days, where he was known for creating chances for teammates. Gullit thus combined physical presence with flair, mental acuity, formidable technique and natural touch, to become an iconic figure in world football. Despite his talent, Gullit struggled with injuries throughout his career, which later affected his fitness. 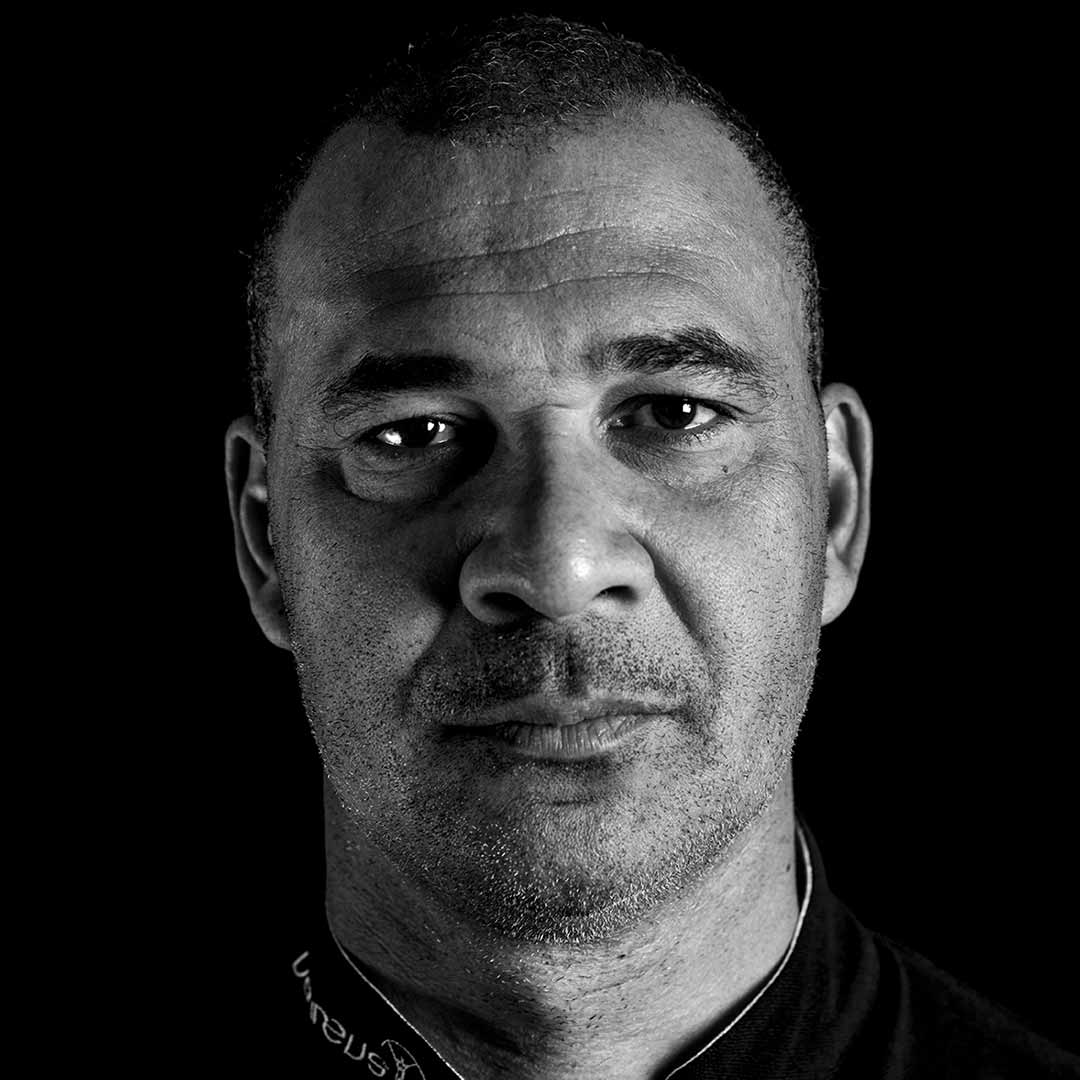 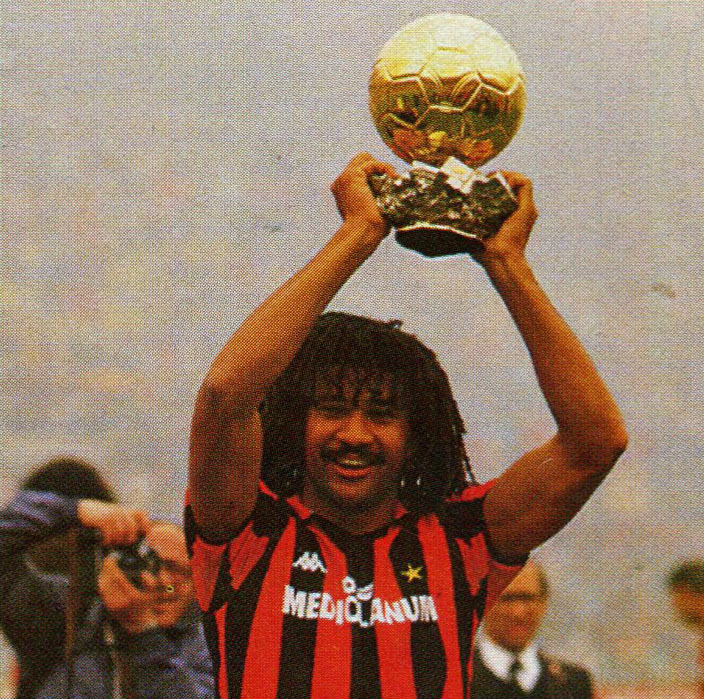 Gullit won the Ballon d’Or in 1987 and was named the World Soccer Player of the Year in 1987 and 1989. Normally an attacking midifielder, he was a versatile player, playing in numerous positions during his career. In 2004, he was named one of the Top 125 greatest living footballers as part of FIFA’s 100th anniversary celebration. Gullit’s brilliance prompted George Best to comment in 1990, “Ruud Gullit is a great player by any standards. He has all the skills. He’s not afraid to do things with the ball. And he looks as if he’s enjoying every second of it. By my reckoning that’s what makes him an even better player than Maradona. Both have the key quality you will find in all the best players: balance. You just can’t knock them off the ball. It was the same with Pelé, Beckenbauer and Cruyff.”

Grosso Grosso2020-12-30T11:03:12+00:00
Page load link
This site uses cookie technology, including third parties' ones. If you want to know more click here. If you access any element of this site outside this banner, you consent to the use of cookies. Ok
Go to Top