Samir Handanović is a Slovenian professional footballer who plays as a goalkeeper. During the 2010–11 Serie A season he saved a total of six penalty kicks, equalling an all-time league record set in the 1948–49 season. Having previously represented Slovenia’s under-21 team, Handanović made his senior international debut in 2004. He has gone on to earn 81 caps for his country, the second-most appearances for Slovenia and most by a goalkeeper, and played for them at the 2010 FIFA World Cup. Regarded as one of the best goalkeepers of his generation, he is one of only four non-Italian keepers to be named Serie A Goalkeeper of the Year, winning the honour twice. He is nicknamed Batman due to his acrobatic saves. 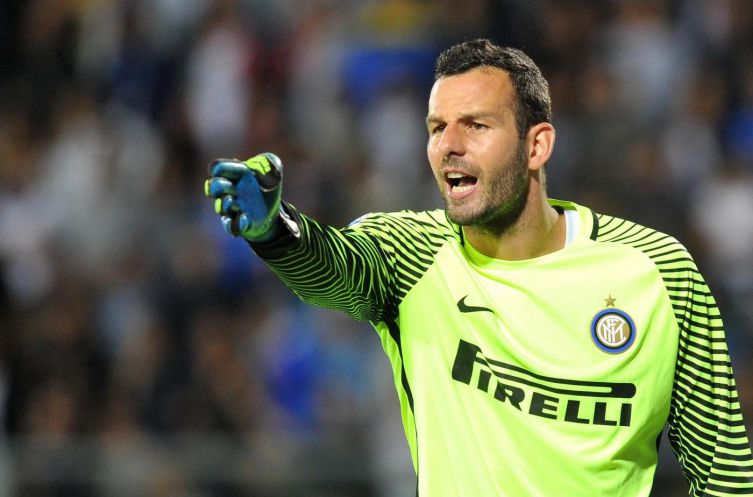 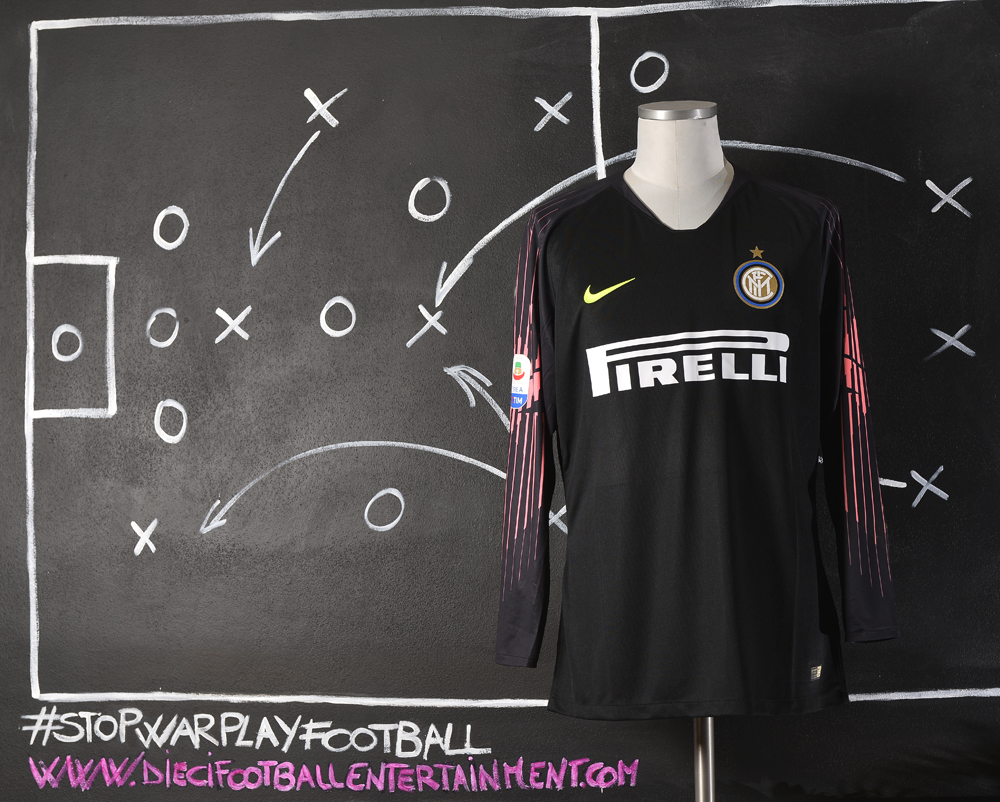 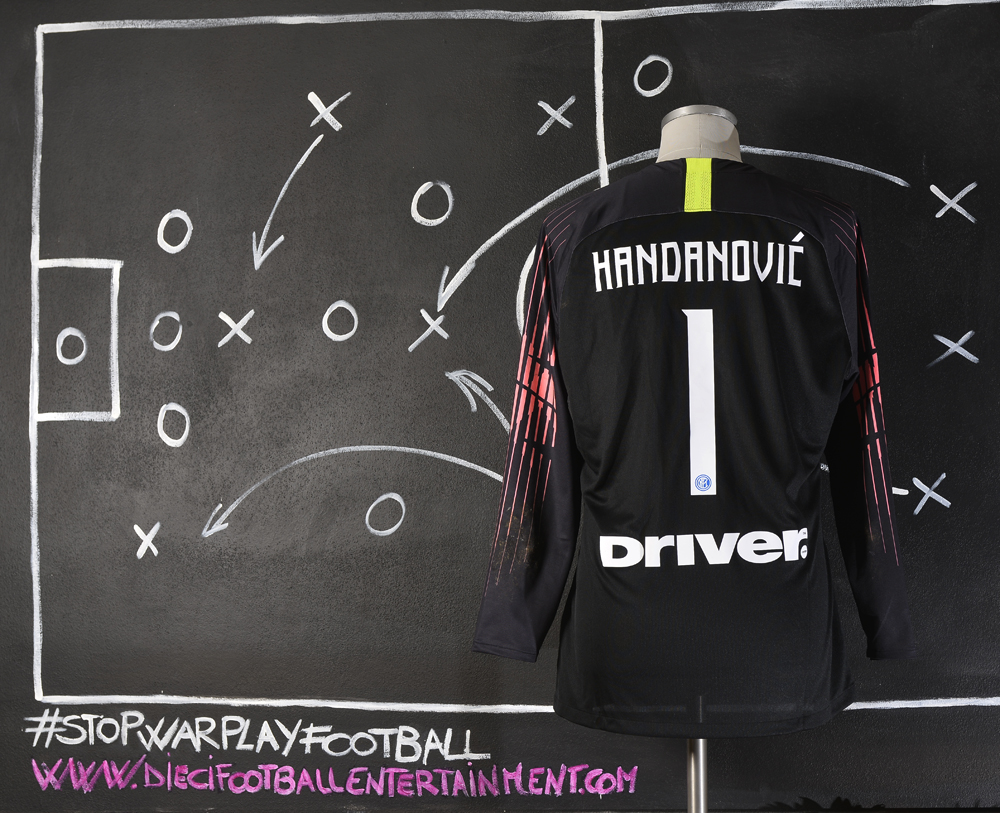 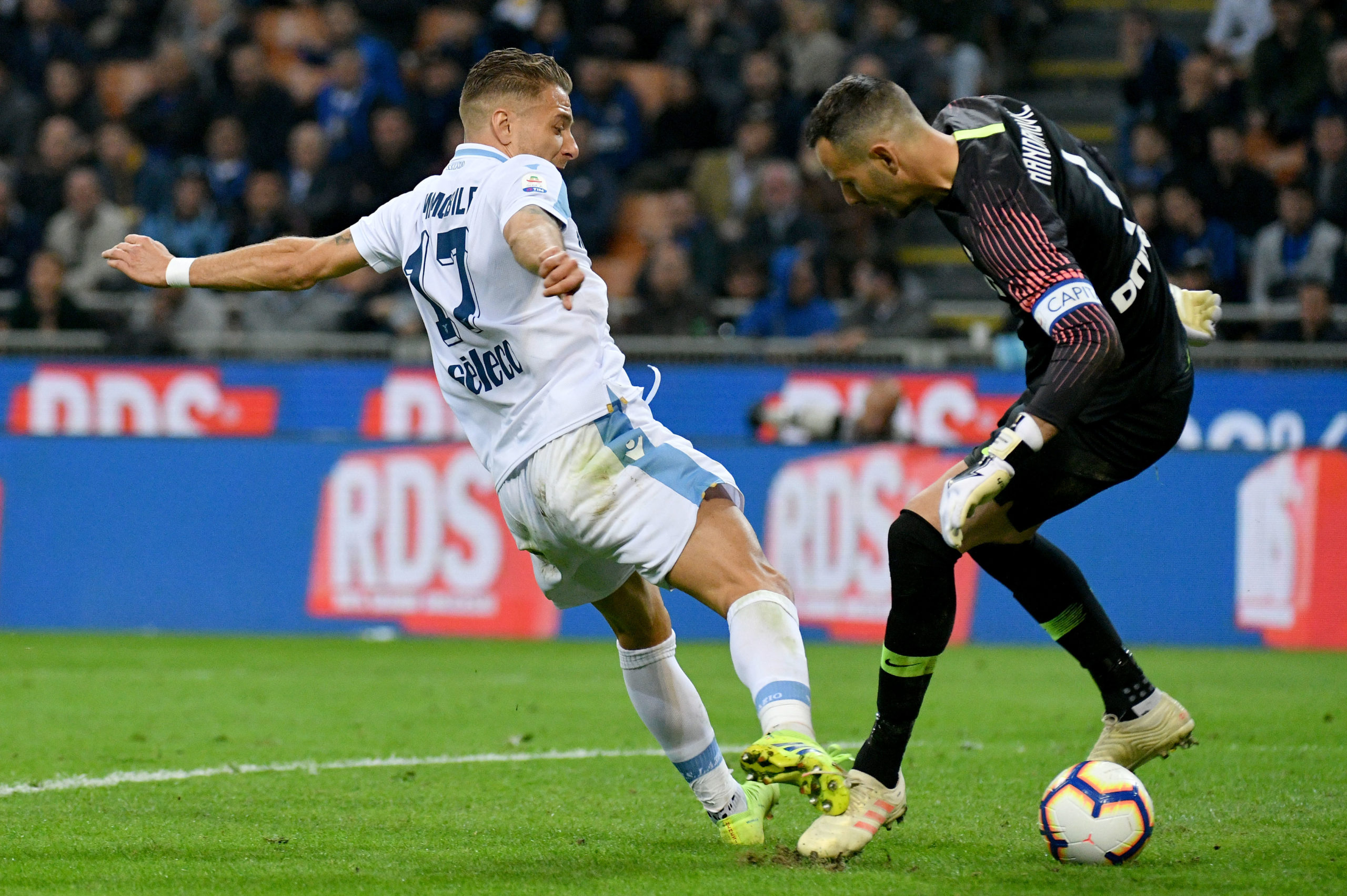 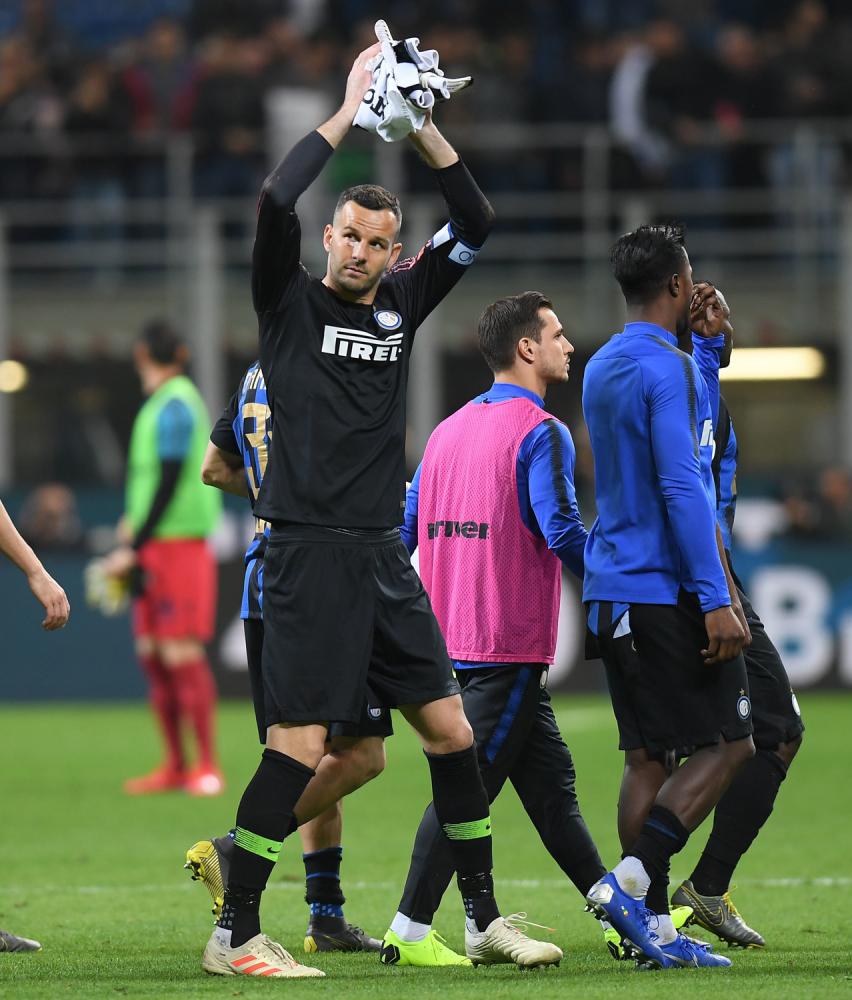 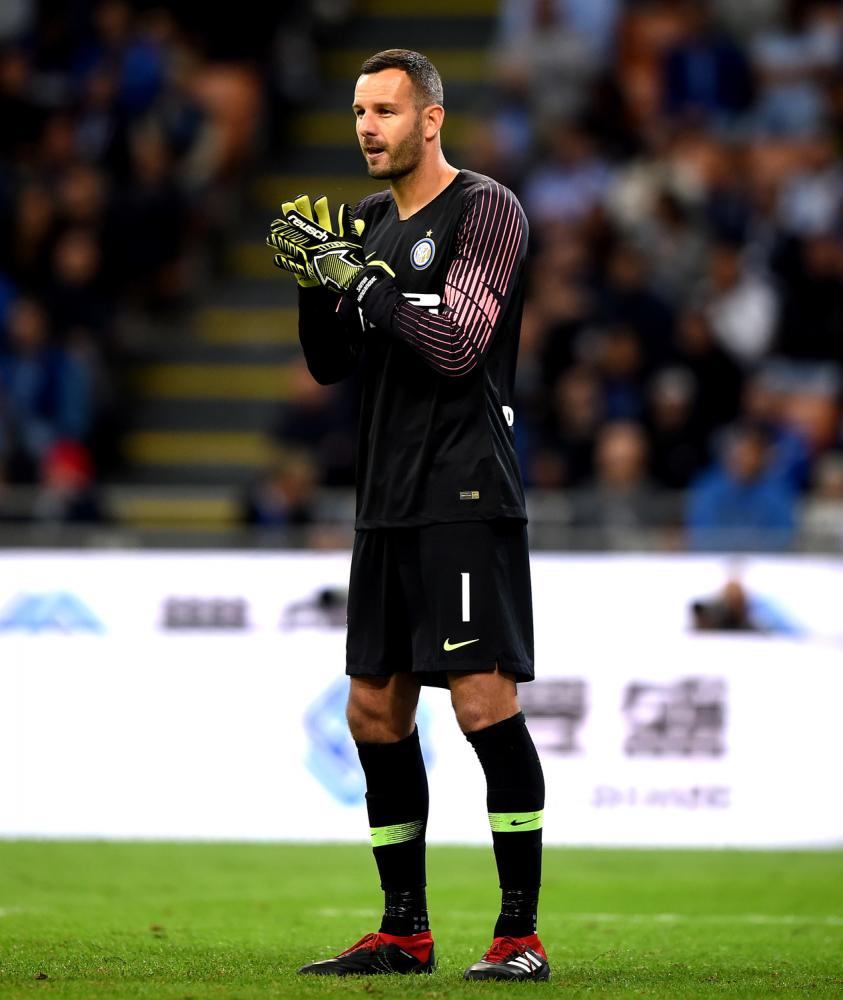 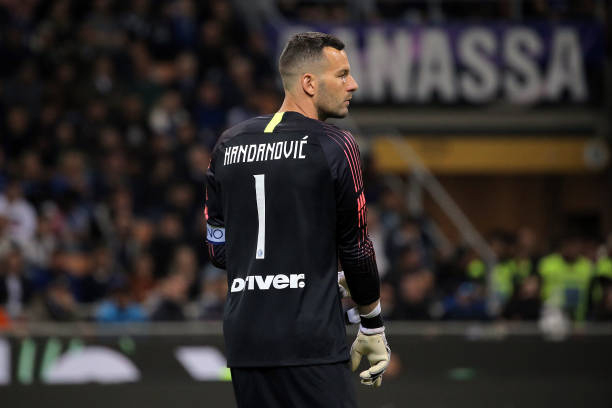 In the season 2018-2019 Handanović made his Champions League debut with Inter in their opening group stage match against Tottenham Hotspur. This match was also his 250th appearance for the Nerazzurri in all competitions. In the first part of 2018–19 Serie A, he was able to collect 10 clean-sheets in 19 matches, most than any other goalkeeper in the league, and second only behind Liverpool’s Alisson in Europe top five leagues; in addition, he also had 4th best save success rate. On 13 February 2019, Inter announced via their official Twitter account that Handanović has been named new team captain, replacing Mauro Icardi. On 7 March, in the 0–0 draw against Eintracht Frankfurt in the first leg of 2018–19 UEFA Europa League round of 16, Handanović kept his 100th clean sheet on his 281st official appearance for the Nerazzurri. As the season progressed, Handanović reached another landmark, as the clean sheet he achieved in the 4–0 away win against Genoa, the first since December 2011, was his 150th in Serie A.

Handanović’s parents are from Bosnia and Herzegovina. His elder cousin, Jasmin Handanović, also embarked on a career in Italy from 2007 to 2011 and currently plays for Maribor in the Slovenian PrvaLiga and was also a member of the Slovenian national team. Handanović is in a long-standing relationship with Zoja Trobec, former KK Olimpija cheerleader, with whom he has a son Alen, born on 19 January 2011. The pair married in May 2012 and Handanović thus became brother-in-law to Zoja’s sister Irena who is married to professional Bosnian basketball player Jasmin Hukić. On 3 October 2013, Handanović’s wife gave birth to the couple’s second son, named Ian. 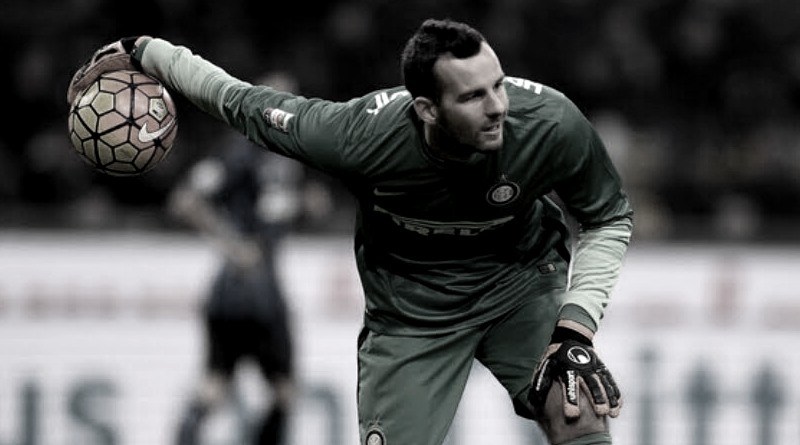 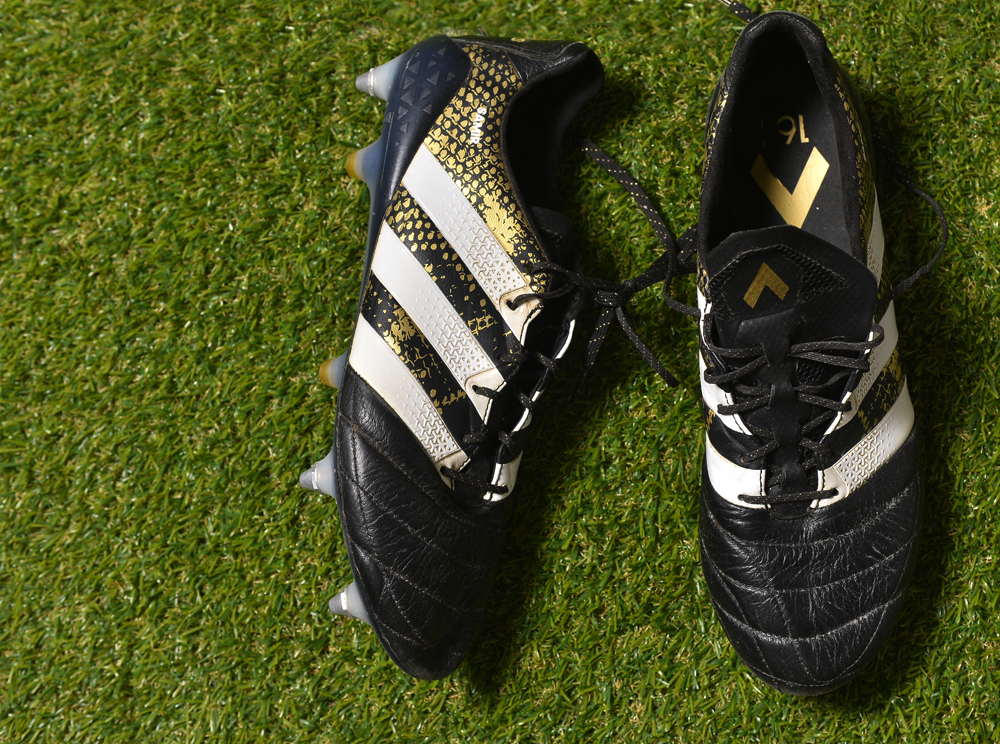 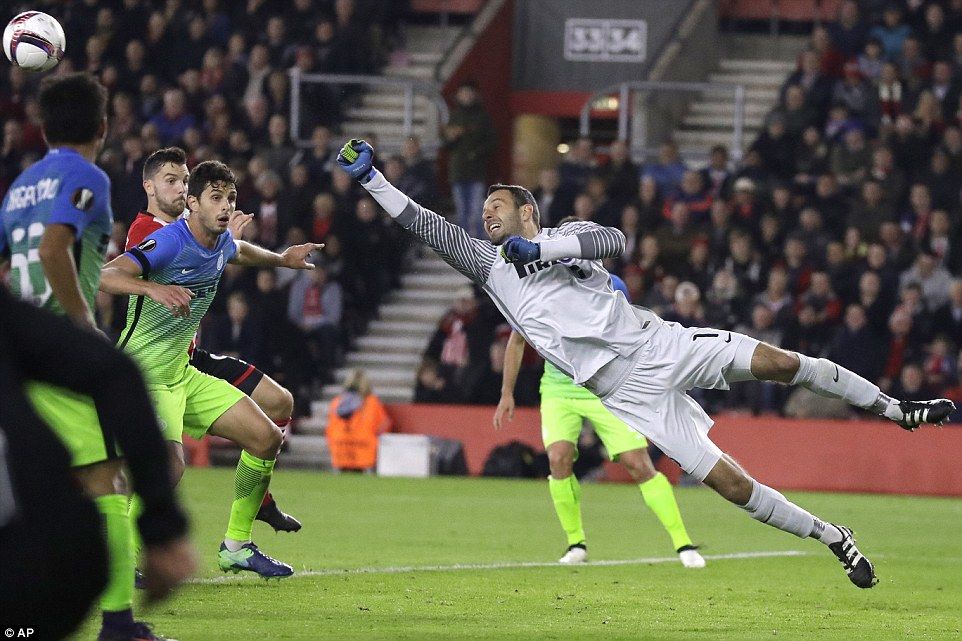 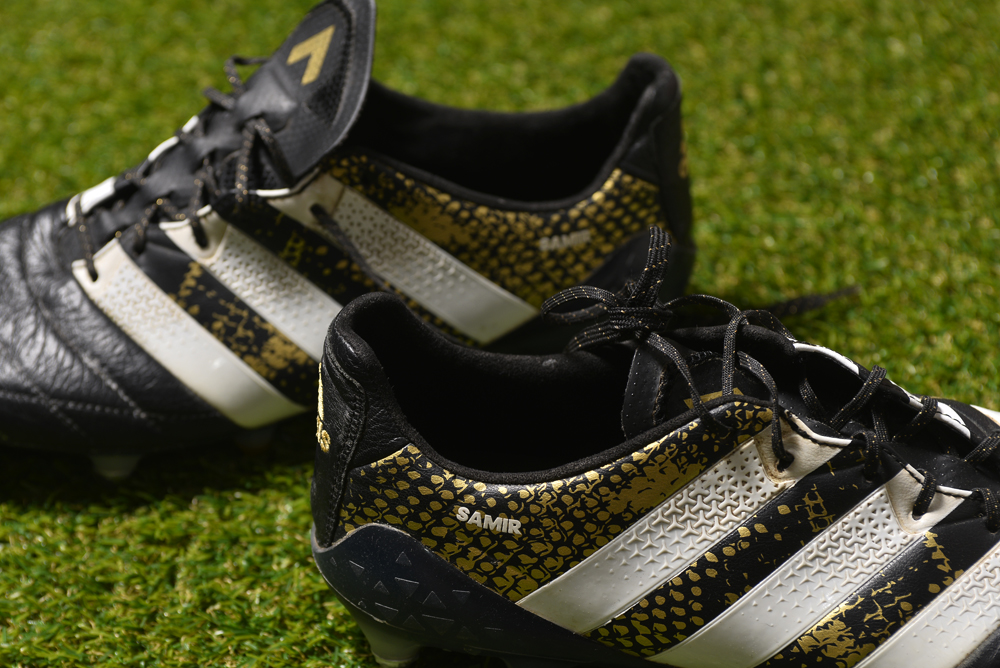 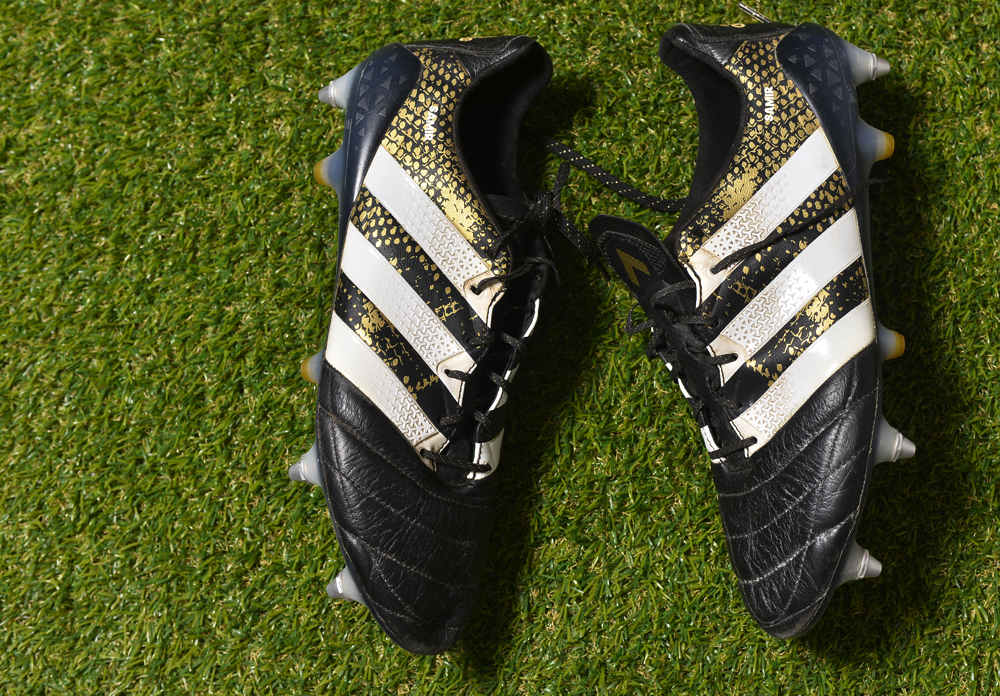 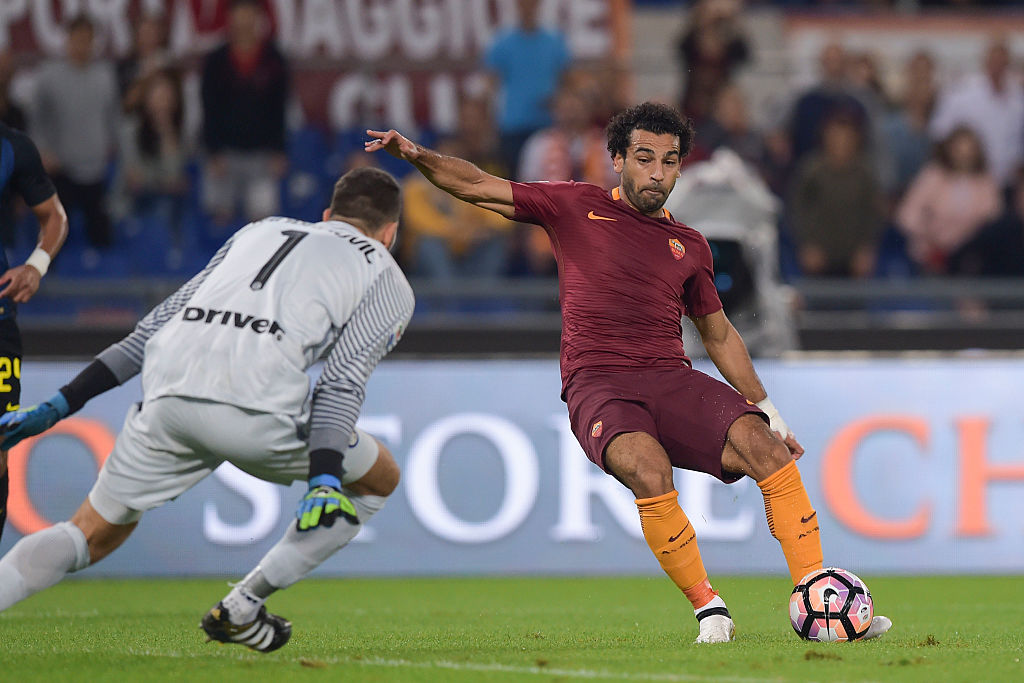 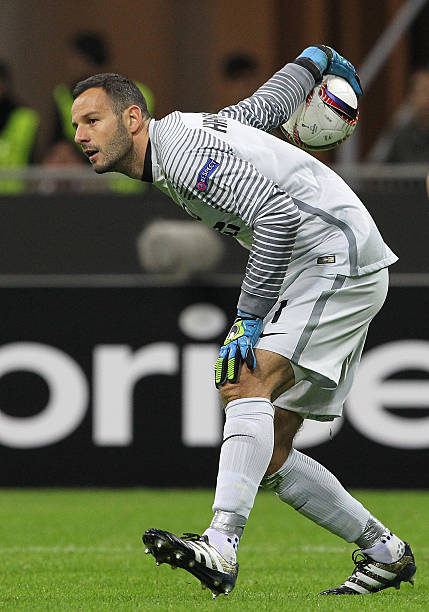 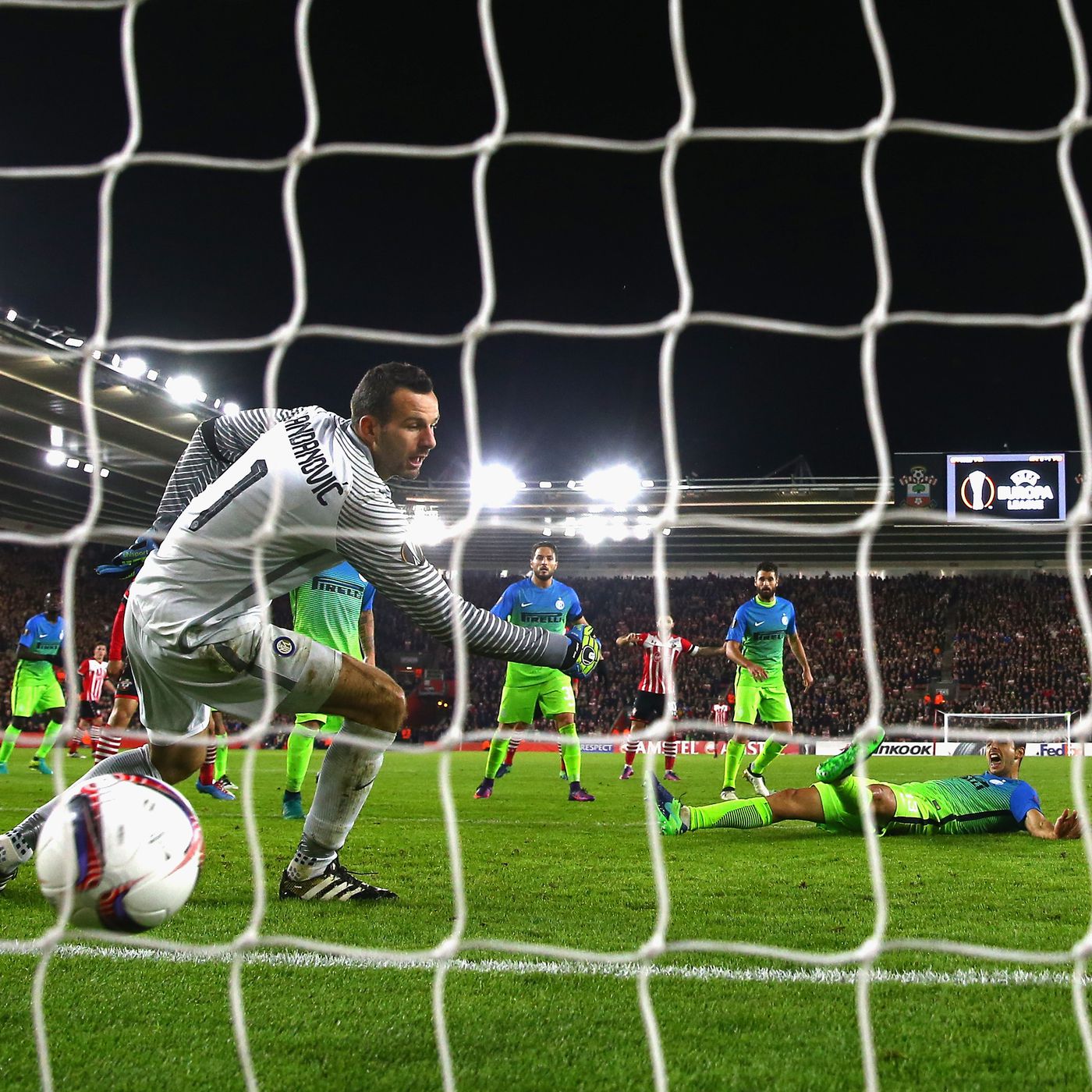 Despite his large stature and imposing physique, which make him effective at handling crosses, Handanović is an extremely agile and athletic goalkeeper, who is renowned in particular for his outstanding reflexes, acrobatic saves and excellent shot-stopping abilities, as well as his positional sense, leadership, and ability to organise his defence. Although he was not initially known for being particularly adept with the ball at his feet, during his time under managers Roberto Mancini and Luciano Spalletti, he was also able to improve his ability to play out and start attacks from the back, and successfully adapted to the team’s more patient build-up play, while also allowing the team to maintain a high line; his change in playing style also continued under Inter’s subsequent manager Antonio Conte. Regarded as one of the best goalkeepers in Europe and Italy due to his performances, he is also known for his speed off his line and anticipation as a goalkeeper, as well as his ability to get to ground quickly, which make him particularly adept at stopping spot-kicks, and, as a result, he has developed a reputation as an exceptional penalty-kick saving specialist, having stopped an Italian record of six consecutive penalties between 2013 and 2015. With 24 saves, he shares the record of most penalties stopped in Serie A with Gianluca Pagliuca although Handanović has a superior success rate. Former Inter goalkeeper Giuliano Sarti has also praised Handanović for his consistency. In a 2016 interview, Handanović stated that his main influences as a goalkeeper were his cousin Jasmin Handanović and Peter Schmeichel. In 2020, Pasquale Marino described Handanović as “one of the best goalkeepers in the world.” 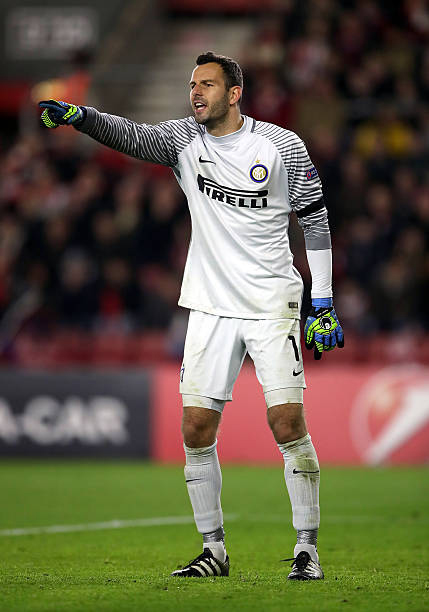 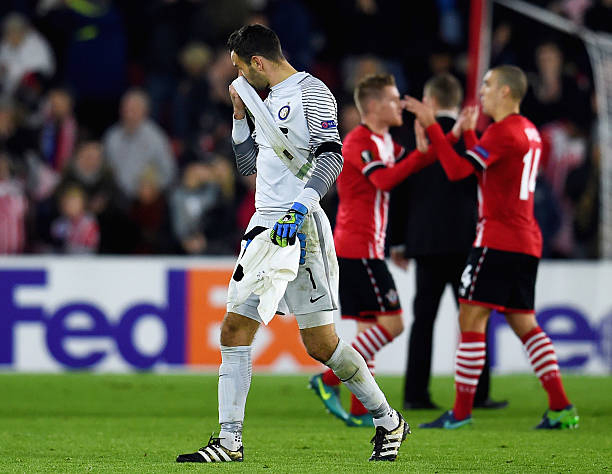 Grosso Grosso2021-05-23T12:21:40+00:00
Page load link
This site uses cookie technology, including third parties' ones. If you want to know more click here. If you access any element of this site outside this banner, you consent to the use of cookies. Ok
Go to Top