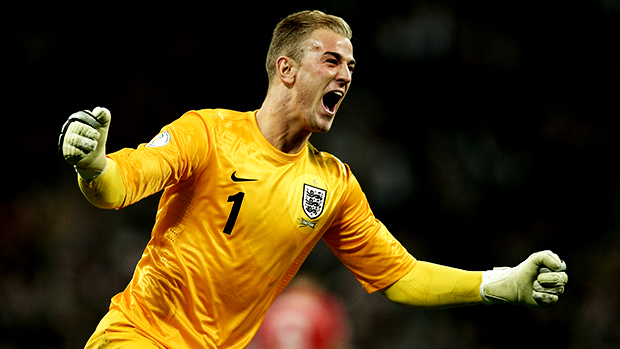 Charles Joseph John “Joe” Hart (born 19 April 1987) is an English professional footballer who plays as a goalkeeper for Premier League club Manchester City and the England national team. With over 100 Premier League clean sheets, Hart holds the record for the most Premier League Golden Glove awards (four) and has amassed 71 international caps since his debut in 2008. He began his career at his hometown club Shrewsbury Town in the Football Conference and League Two. In 2006, he moved to top-flight Manchester City, having attracted the attention of several Premier League teams. He spent time on loan at Tranmere Rovers and Blackpool in his first season, before spending the 2009–10 season at Birmingham City. Hart was nominated for the PFA Young Player of the Year and was voted as the Premier League goalkeeper of the 2009–10 season in recognition of his performances at Birmingham. He returned to Manchester City for the 2010–11 season and won the Golden Glove for keeping the most clean sheets throughout the Premier League season. Hart replicated this feat in the 2011–12 season and was a key player during City’s title-winning campaign. He won the Golden Glove for the third year in a row in the following season, and earned a second Premier League title in 2014. In 2015, Hart once again won the Golden Glove award for the fourth time in five years.[5] In 2015, Hart was praised by Gianluigi Buffon who described him as the best goalkeeper in the world. A former regular for England at Under-21 level, Hart made his senior international debut in June 2008, and has been recognised as England’s first-choice goalkeeper since 2010. He has gained 70 caps and was selected in England’s squads for two FIFA World Cups and as many UEFA European Championships. 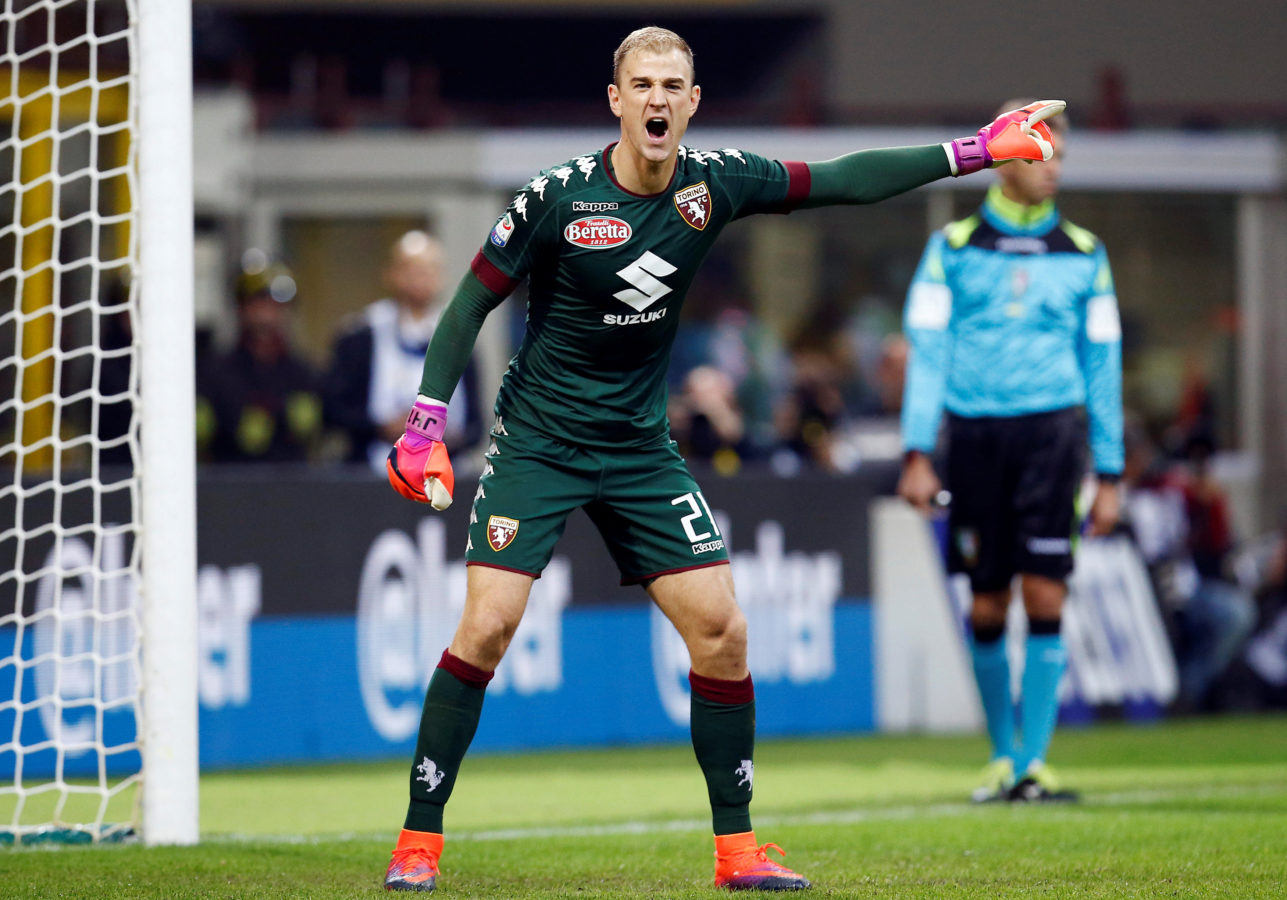 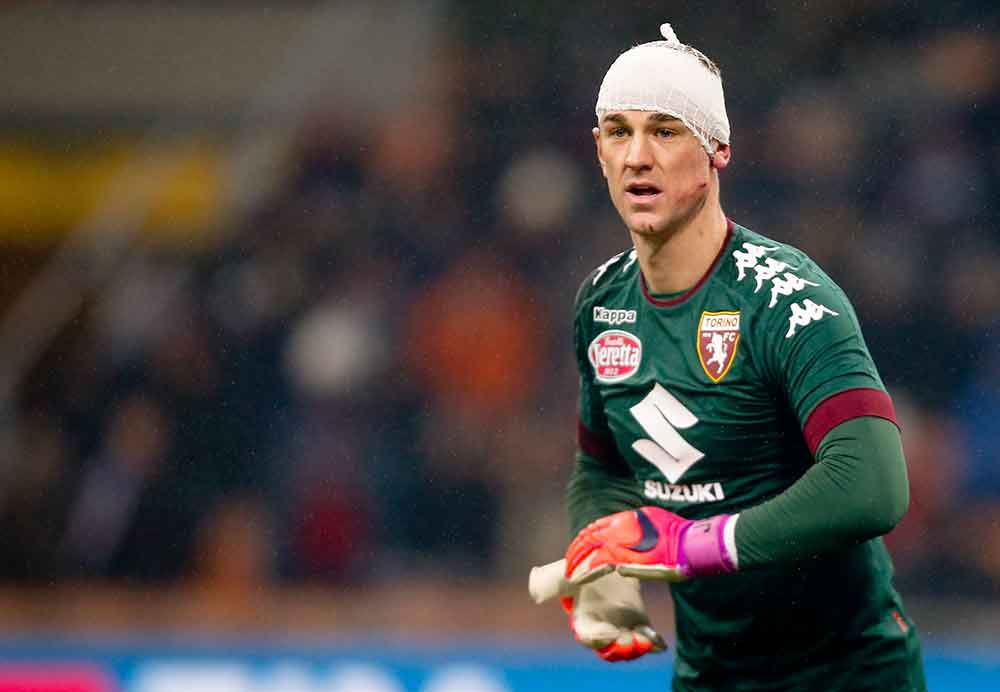 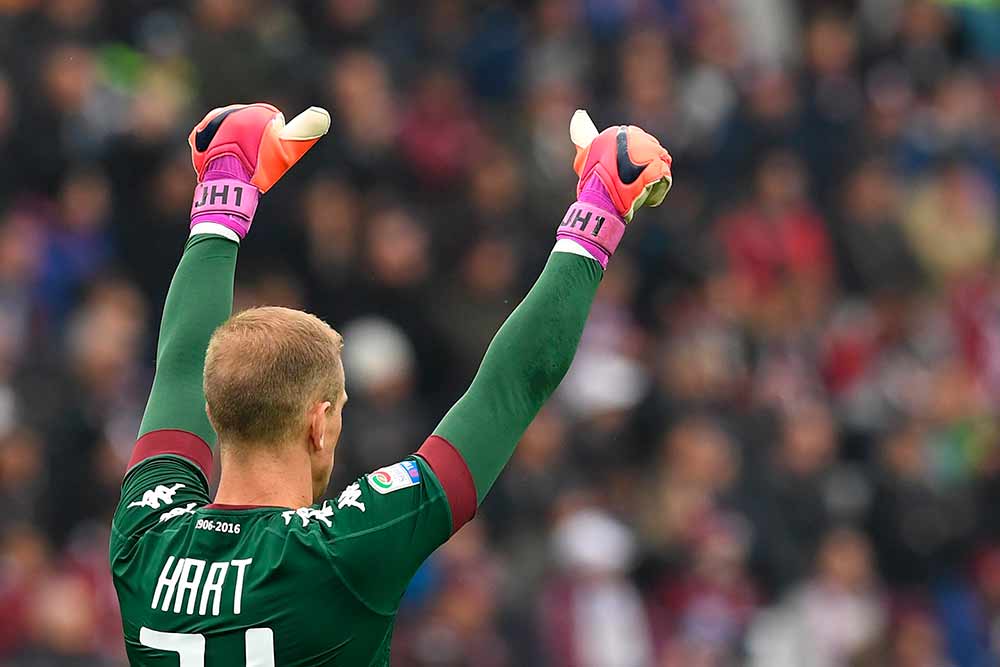 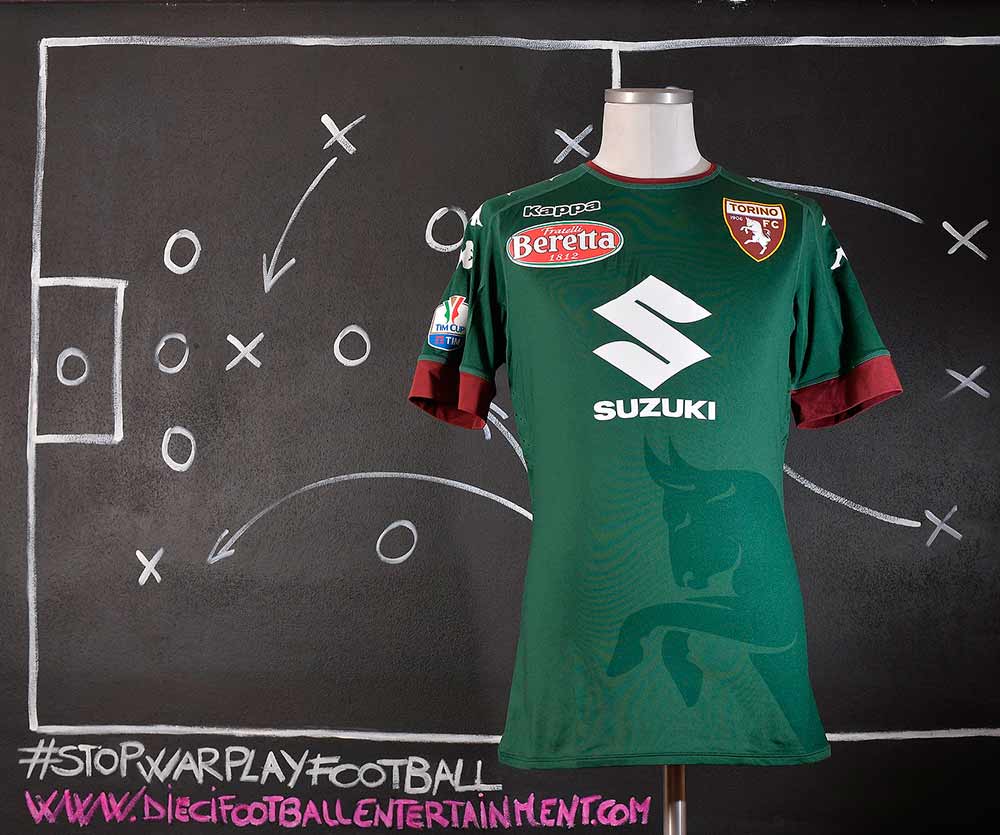 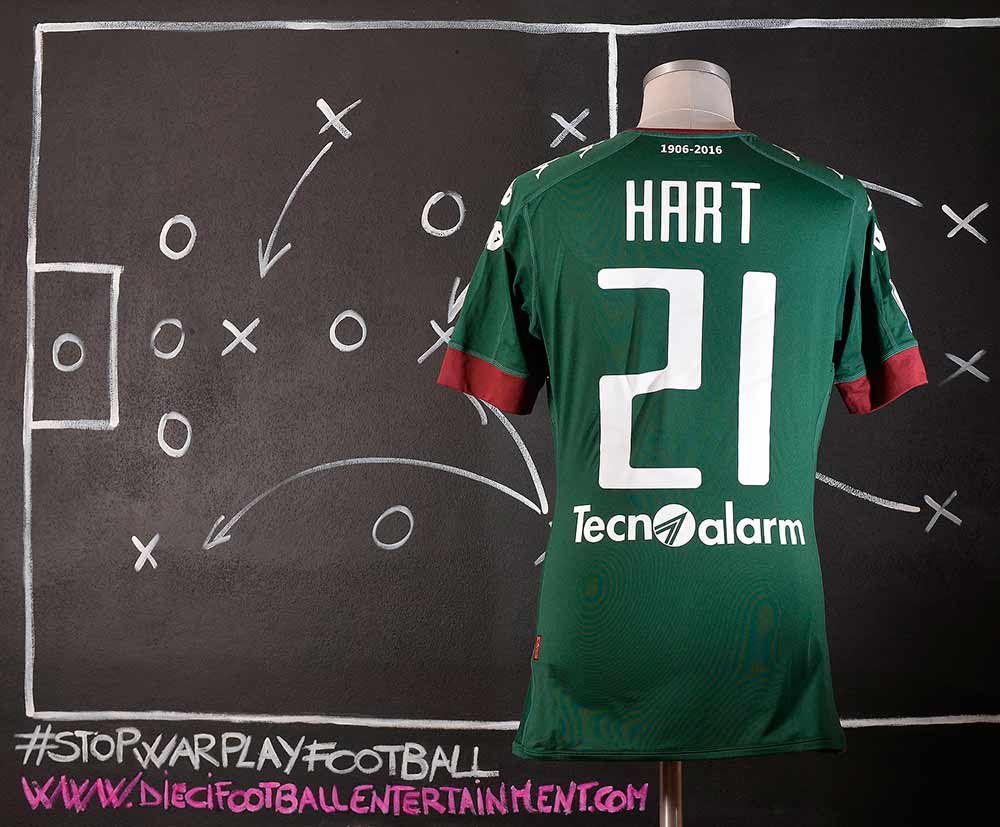 On 13 August 2016, Hart was dropped by new manager Pep Guardiola for the first match of the 2016–17 Premier League season. The absence followed his poor performances in Euro 2016, and Guardiola’s desire for a player with better footwork who could fill a sweeper-keeper role.[82] Hart made his first start of the 2016–17 season in a Champions League qualifying match against Steaua Bucharest, as captain of the City side that won 1–0 on the night, 6–0 on aggregate. Following the match, Hart was applauded by the crowd, in an atmosphere which was described as resembling a pre-departure testimonial. Following speculation linking Hart with various top European clubs, including Arsenal, Borussia Dortmund, Everton, Liverpool, Milan and Sevilla, Hart surprisingly decided to pursue a season-long loan in the Serie A with Torino. In doing so, he became the first English goalkeeper to sign for a Serie A club since the league’s inception in 1929. On 11 September 2016, Hart suffered a tough start in his debut for Torino, being partly at fault for the first equaliser in a 2–1 away defeat to Atalanta when his punch from a corner fell at the feet of an opposing attacker who scored. This shaky start, however, proved only temporary as Hart kept consecutive clean sheets in his next two games against Empoli and Pescara, both of which ended 0-0, making several important and acrobatic saves in the latter despite his team being down to 9 men. 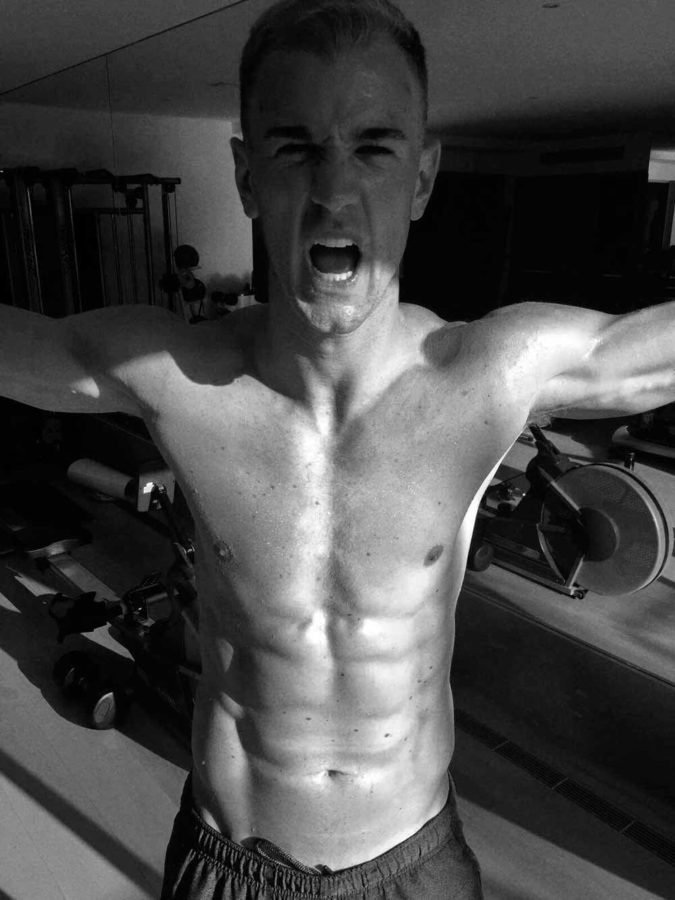 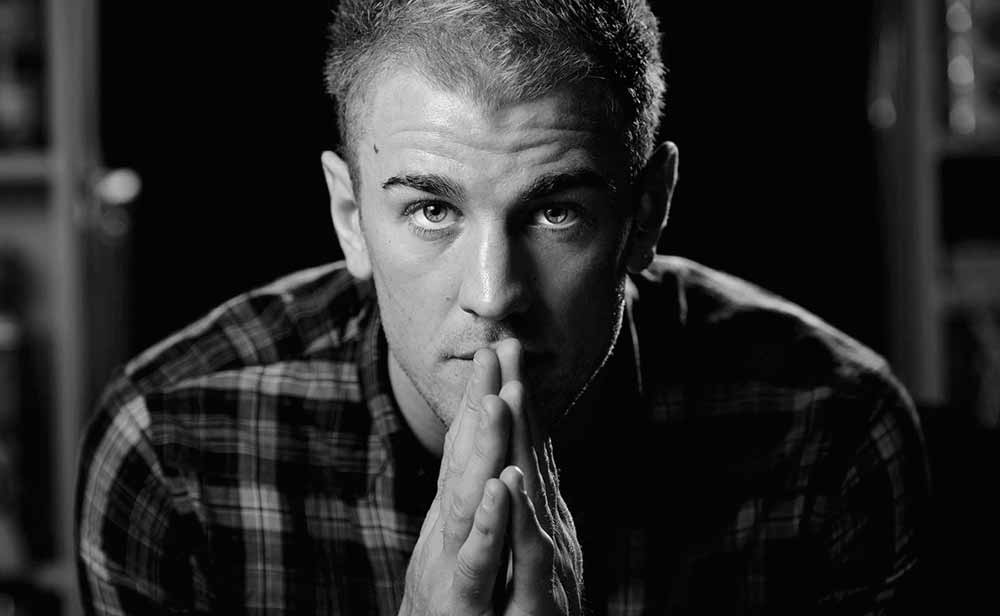 Having been a regular in the England under-21 squad, Hart was called up by Fabio Capello to the senior England team for the friendly matches against the United States and Trinidad and Tobago. An unused substitute against the United States, he made his debut against Trinidad and Tobago on 1 June 2008 at the Hasely Crawford Stadium, Port of Spain. He came on at half time for David James with England 2–0 up, eventually running out 3–0 winners. However, Hart’s senior England debut did not earn Shrewsbury Town the expected bonus of £500,000 from Manchester City, as negotiated at part of his transfer in 2006, because it was not a competitive match. Hart kept his place in the squad for a friendly against the Czech Republic in August, but remained unused. After Blackburn Rovers goalkeeper Paul Robinson withdrew from the squad for World Cup qualifiers against Ukraine and Belarus in October 2009, Hart took his place, and in November, he was called up for a friendly against Brazil, but he did not appear in either match. Capello named Hart in his provisional 30-man squad for the 2010 FIFA World Cup. Hart played the second half of both of England’s warm-up games, replacing Robert Green against Mexico and James against Japan, and kept a clean sheet in each case. All three goalkeepers, Hart, Green and James, were included in the final 23-man selection. Hart did not feature in the World Cup but started England’s next match, a friendly against Hungary, to earn his fourth cap. He conceded his first England goal in dubious circumstances when the ball appeared not to have crossed the line from a deflection from Phil Jagielka, and made a vital late save from Zoltan Gera as England won 2–1. Hart was given his first competitive cap in a UEFA Euro 2012 qualifier, a 4–0 win against Bulgaria at Wembley; he made three crucial saves, one of which he palmed away to begin the counterattack that led to an England goal. He won another two caps November 2011 in friendlies against world champions Spain and Sweden, in each case keeping a clean sheet in a 1–0 England victory. In February 2012, after the position was stripped from John Terry, some players and pundits backed Hart for England captaincy citing his strong performances and positive image. On 16 May 2012, new England manager Roy Hodgson named Hart in his UEFA Euro 2012 squad. He played in England’s second warm-up friendly, against Belgium at Wembley, keeping a clean sheet as England won 1–0.[114] In the tournament he played a key role in England getting to the quarter-final. His confident demeanour was refreshing and made the most saves of any goalkeeper in the tournament with nineteen. However, he was beaten by Andrea Pirlo’s panenka shot in the penalty shootout: Pirlo had stated that Hart’s antics led to him thinking that “he had to get off his high horse”. On 6 February 2013, Hart saved a penalty kick and the subsequent follow-up shot from Ronaldinho in a friendly match against Brazil at Wembley Stadium. This double save proved to be crucial in helping England win the match 2–1, and thereby securing their first win over Brazil for 23 years. Hart was selected for his second FIFA World Cup in 2014. He made his tournament debut in England’s first group match, a 2–1 defeat to Italy in Manaus,[119] and also played in the next match, a loss by the same scoreline to Uruguay.With England not likely to advance, Hodgson made changes for their last game, against Costa Rica, with Ben Foster playing in goal instead. In October 2014, England fans voted Hart man of the match against San Marino – in which he made only one save and rarely touched the ball – and repeated the exercise a few days later against Estonia; Jack Wilshere was the official best player in each fixture. Hart became the sixth English goalkeeper to earn his 50th cap, in a 1–1 friendly draw against Italy at Juventus Stadium on 31 March 2015. On 13 November that year, with Rooney rested, he captained England for the first time in a 2–0 friendly defeat to Spain in Alicante. Hart was included in England’s 23-man squad for Euro 2016. In the second match, against Wales in Lens, he made an error to allow Gareth Bale to score from a long-range free kick, although England came back to win 2–1. Hart made another mistake to let in a winning goal from Kolbeinn Sigþórsson in the defeat to Iceland in the last 16, after which he admitted that criticism of the team would be justifiable.

Grosso Grosso2017-06-23T23:28:48+00:00
Page load link
This site uses cookie technology, including third parties' ones. If you want to know more click here. If you access any element of this site outside this banner, you consent to the use of cookies. Ok
Go to Top