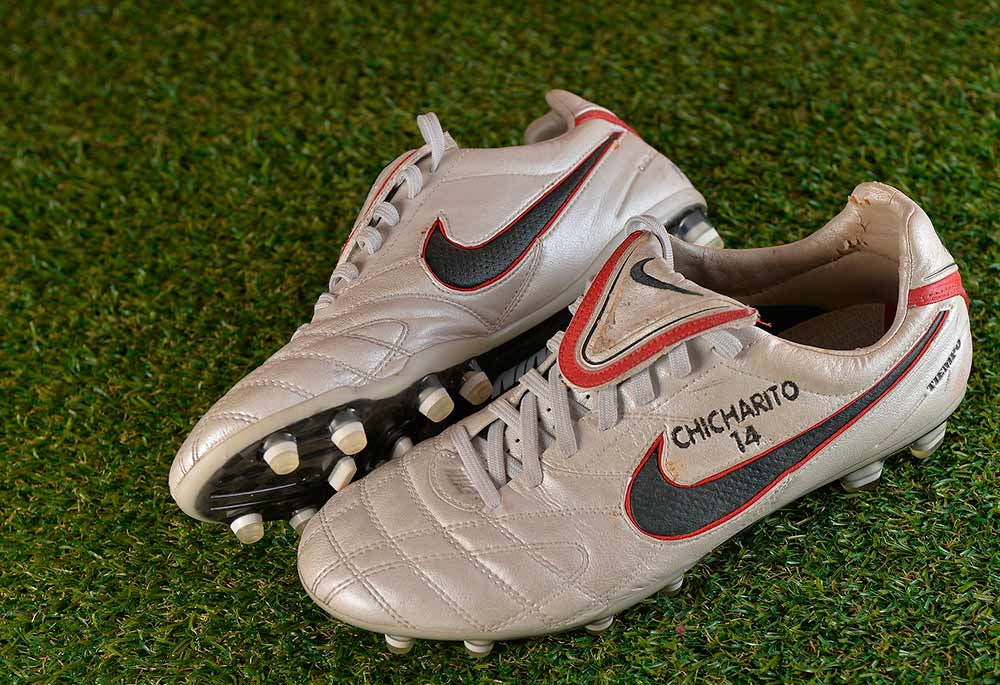 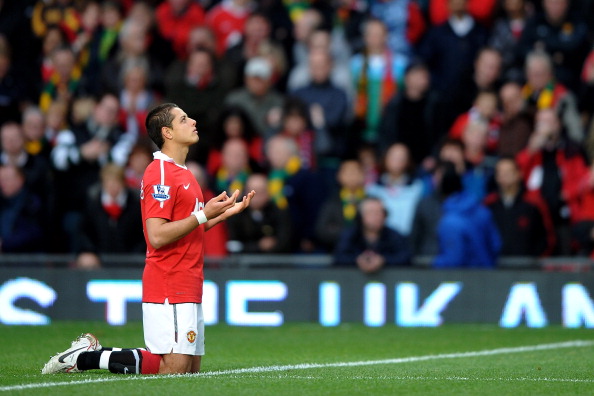 Javier Hernández Balcázar is a Mexican professional footballer who plays as a striker for the Mexico national team. Hernández is commonly known by his nickname, Chicharito (Mexican Spanish: little pea), which he wears on his shirt. He began his career in 2006, playing for the Mexican club Guadalajara, before becoming the first Mexican player to join Manchester United in July 2010. After falling out of favour under managers David Moyes and Louis van Gaal, he spent the 2014–15 season on loan to Real Madrid, then moved permanently to Bundesliga club Bayer Leverkusen in August 2015. His minutes-per-goal ratio during his time with Manchester United is among the most prolific in the history of the Premier League. A Mexican international, Hernández is his country’s all-time leading goalscorer. He made his debut for Mexico in September 2009 in a match against Colombia. He has represented Mexico at the 2010 FIFA World Cup, the 2011 CONCACAF Gold Cup, the 2013 FIFA Confederations Cup, the 2014 FIFA World Cup, the Copa América Centenario and the 2017 FIFA Confederations Cup. He was the 2011 Gold Cup’s top scorer with seven goals and was named the most valuable player of the tournament. 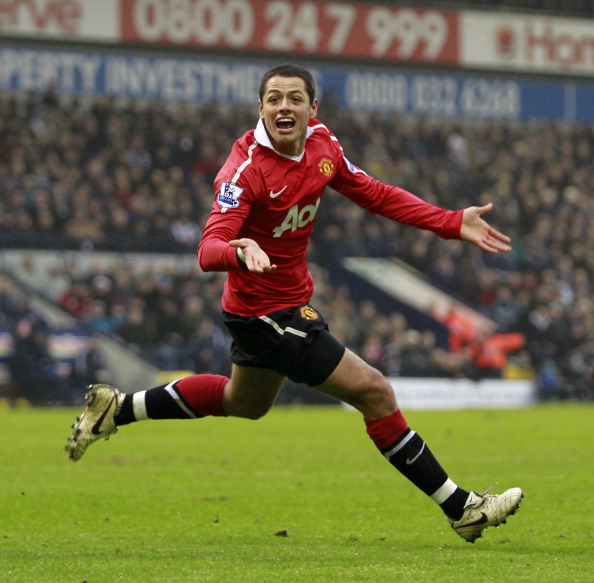 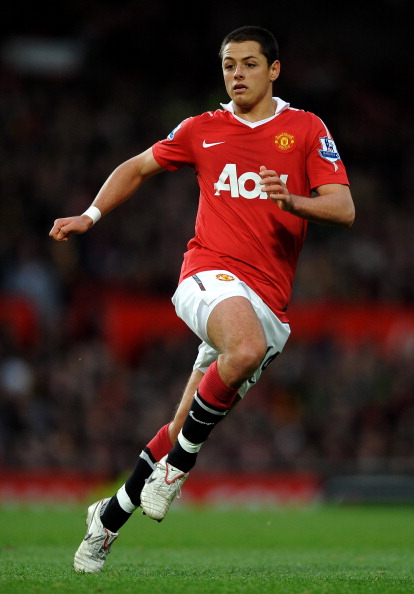 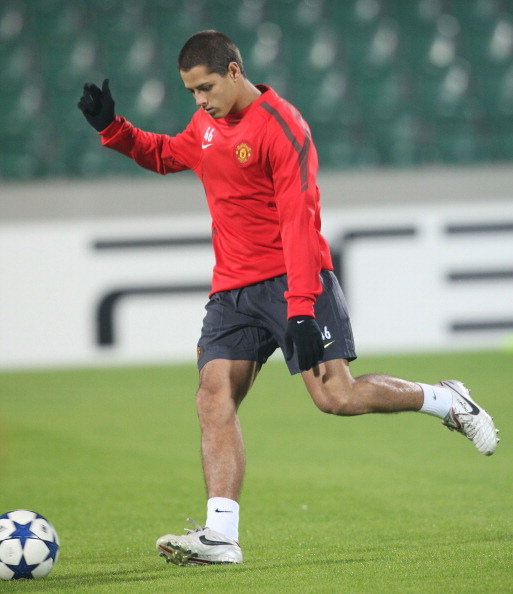 A clinical goalscorer, Hernández has been described as a “goal-poacher”, due to a number of his goals being scored from close-range. His movement off the ball, pace, and ability to find space inside the box has also been praised.[135][136] He has been described as one of the few players who seem capable of appearing behind a defender’s back to knock in the ball from two yards, with his playing style being compared to that of German striker Miroslav Klose. Rudi Völler, sporting director of Bayer Leverkusen, has praised Hernández for his keen positioning in front of goal, saying: “he certainly doesn’t win every tackle but he has an incredible sense of where the ball will end up”. Former Manchester United manager Sir Alex Ferguson described Hernández as two-footed, very quick, in possession of a good spring, and a natural goalscorer. Ferguson also said Hernández’s style reminds him of former United striker Ole Gunnar Solskjær – the so-called “baby-faced assassin” who scored the injury time winner against Bayern Munich in United’s 1999 Champions League triumph. Hernández’s former team-mate Jesús Padilla described him as “amazing in the air” despite his height. Due to his small stature, he is extremely quick and agile, also possessing good technique. In a May 2016 interview with Sports Illustrated, Hernández commented on his abilities inside the penalty area, describing the intuition he has in knowing where an impending cross will fall from a teammate and outsmarting opposing defenders.

Grosso Grosso2017-10-28T08:53:54+00:00
Page load link
This site uses cookie technology, including third parties' ones. If you want to know more click here. If you access any element of this site outside this banner, you consent to the use of cookies. Ok
Go to Top