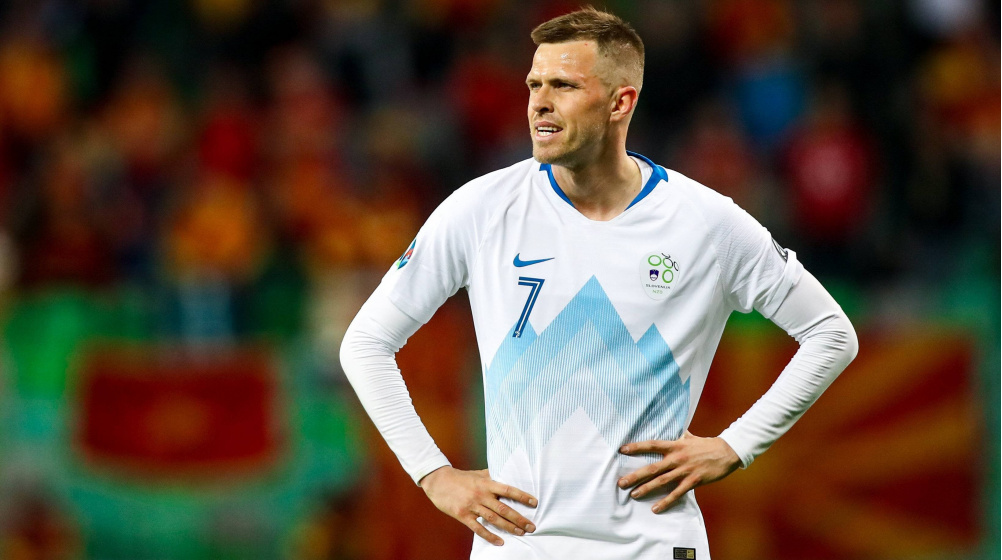 Josip Iličić is a Slovenian professional footballer who plays as a forward for the Slovenia national team. He began his professional career with Slovenian club Bonifika, later also playing for Interblock and Maribor in his home country, before moving to Italy in 2010 to join Palermo. In 2013, he signed for Fiorentina, and subsequently for Atalanta in 2017. He enjoyed his best time as a professional footballer with Atalanta, scoring eleven or more league goals in each of his first three years at the club and was awarded a spot in the 2018–19 Serie A Team of the Year. He is the first player to ever score four away goals in a Champions League knockout match, and is also the oldest player to score four goals in a Champions League knockout match. Iličić made his senior debut for the Slovenia national team in August 2010 in a friendly match against Australia. Three years after his debut, he scored his first international goal against Cyprus in September 2013. 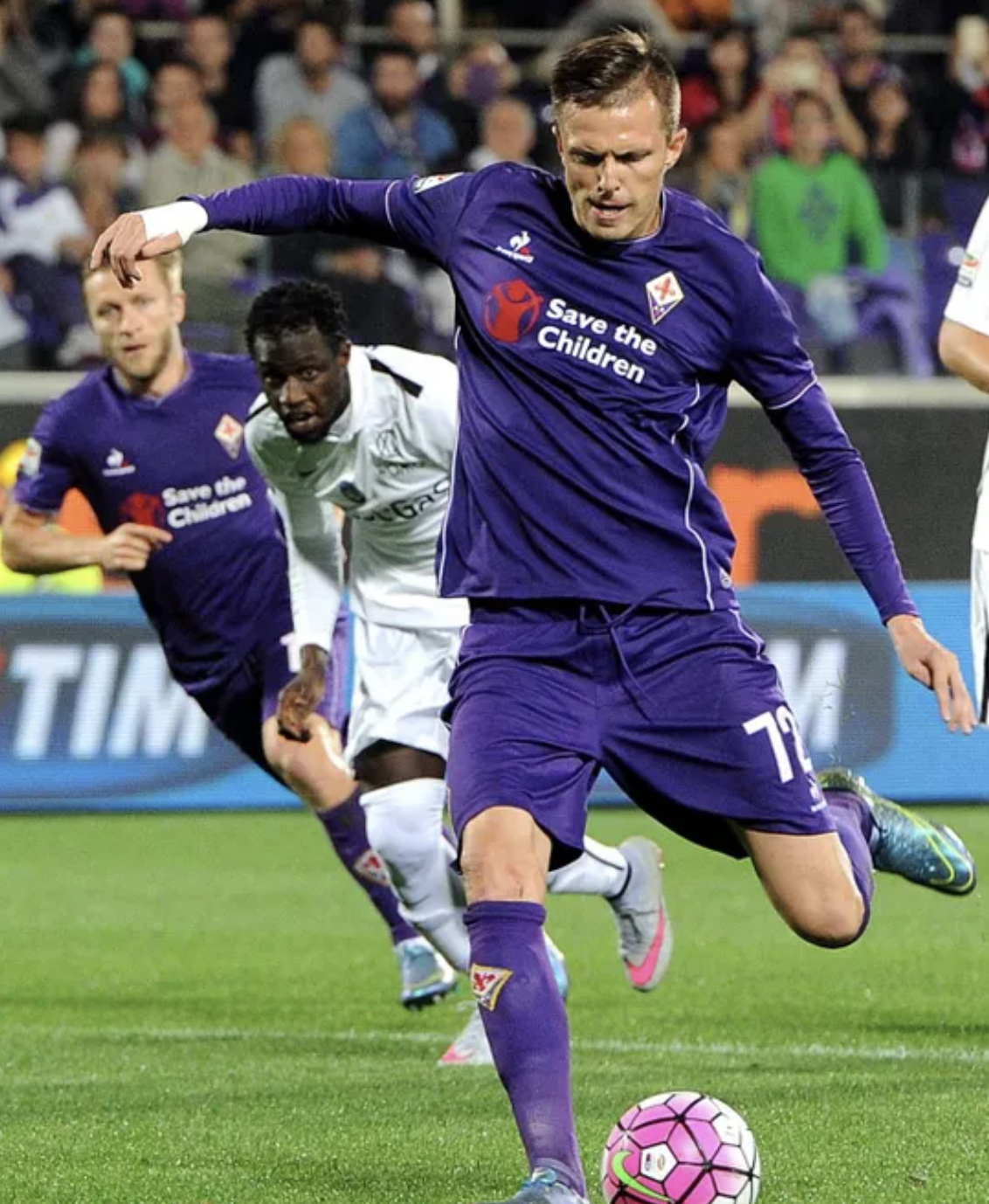 This shirt was issued for Josip Iličić for the Serie A game between Sampdoria and Fiorentina which took place in Genova, “Stadio Luigi Ferraris”, on November 8th 2015. Fiorentina played with the away white kit, but the home kit was issued for the game and at the end of the game Iličić gave his shirt to a Sampdoria’s team member whom we got it from. On 23 July 2013, Palermo officially confirmed the sale of Iličić to Serie A rivals Fiorentina on their website. Later, the deal was officially announced by Fiorentina on their website. The transfer fee was undisclosed, reported to be in the sum of €9 million including add-ons. He scored six goals in his first season at Fiorentina. The 2014–15 season was more successful for him, finishing as the club’s top scorer with ten goals in all competitions, along with Mario Gómez. 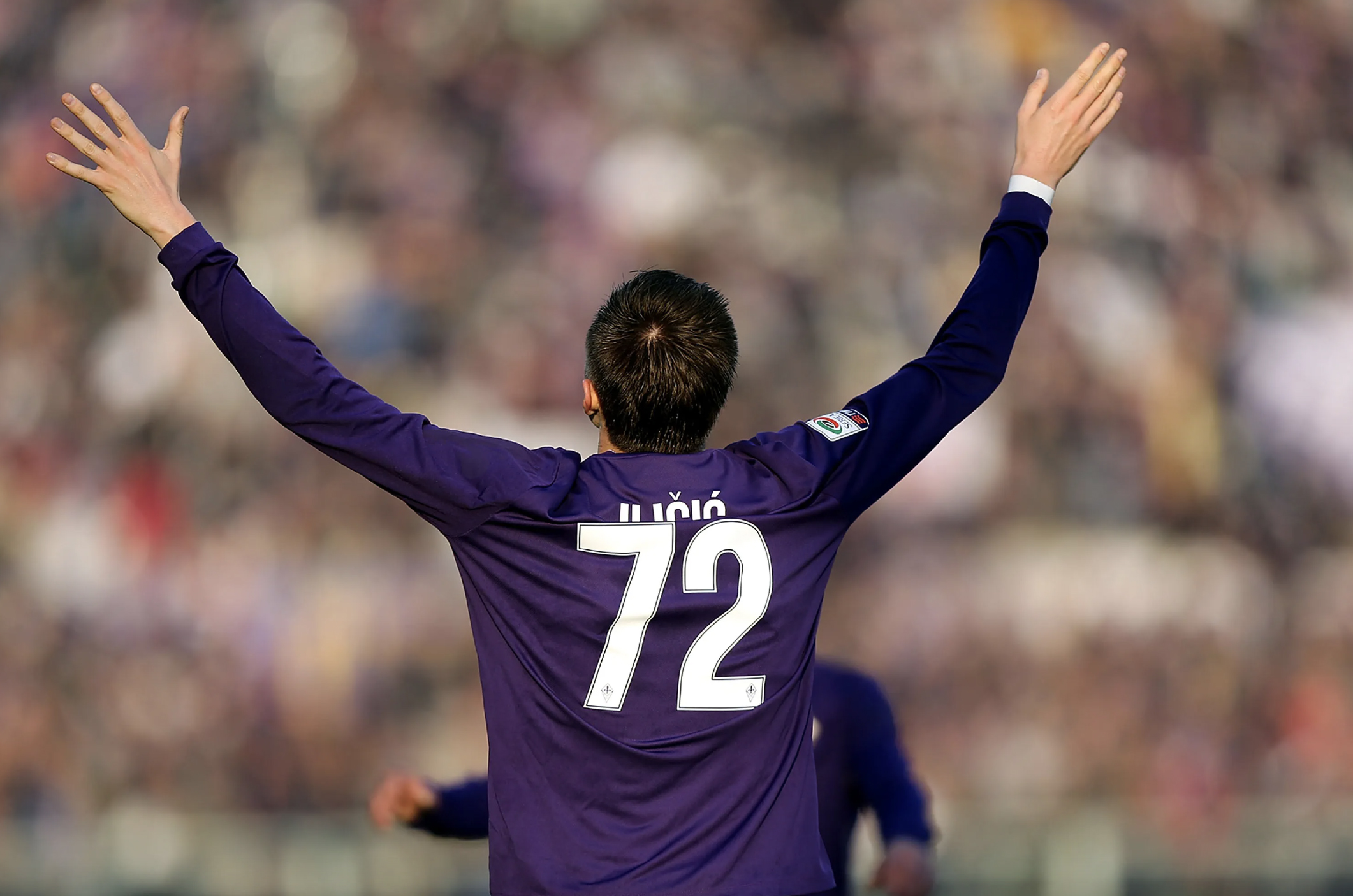 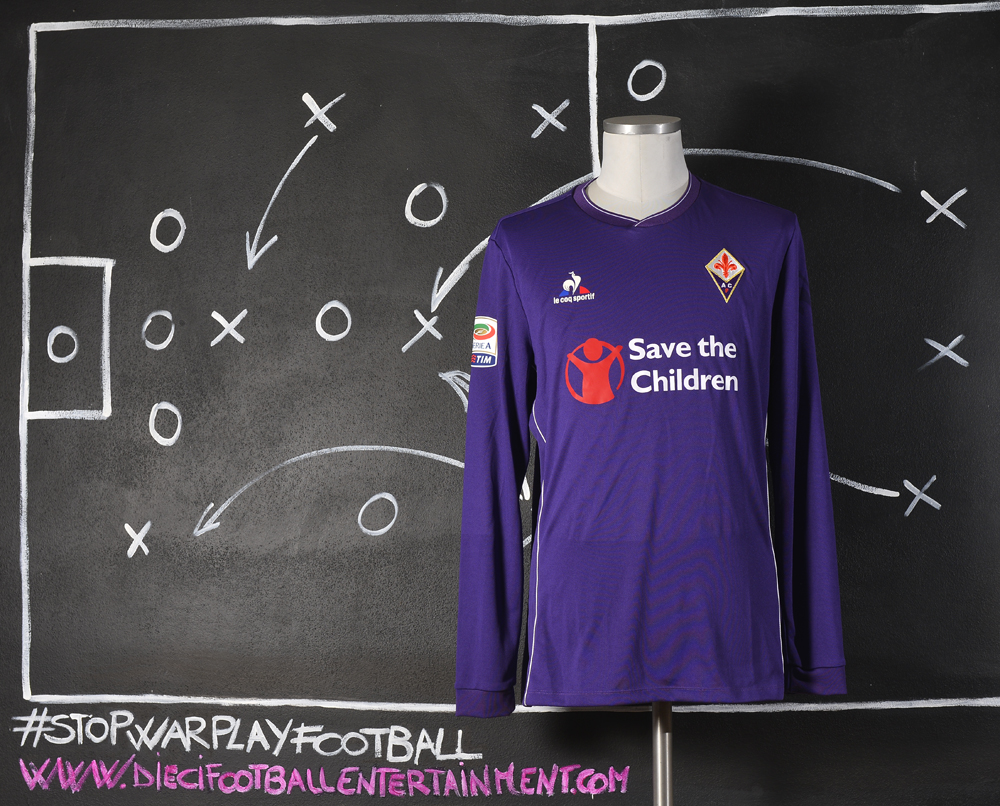 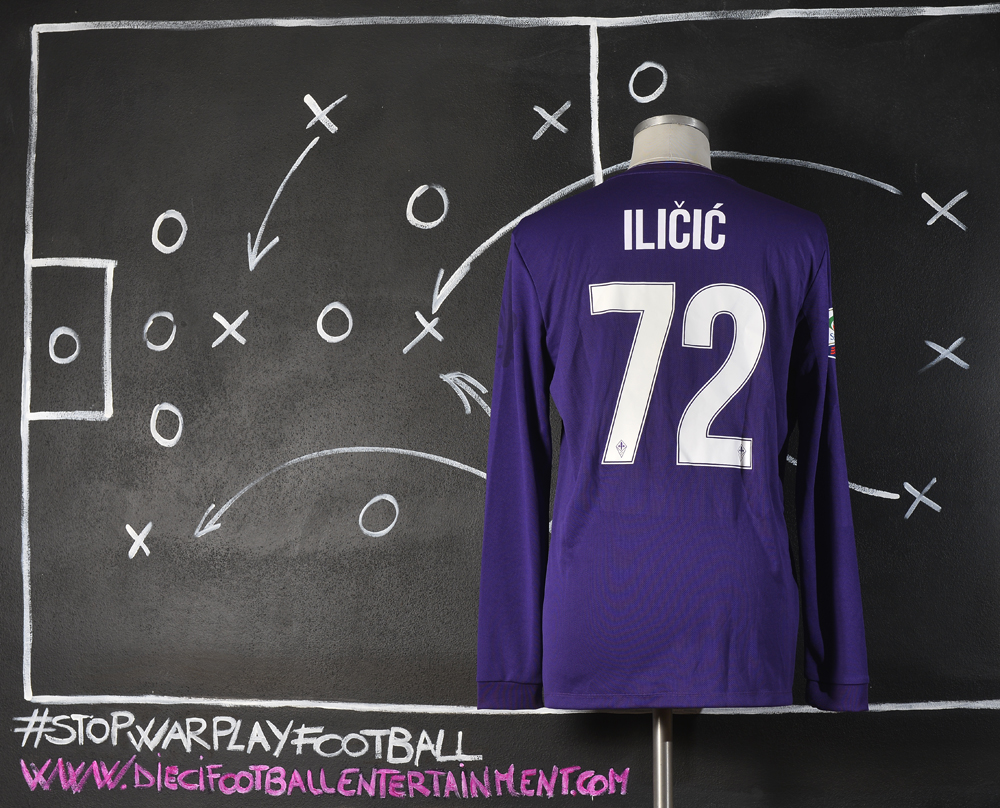 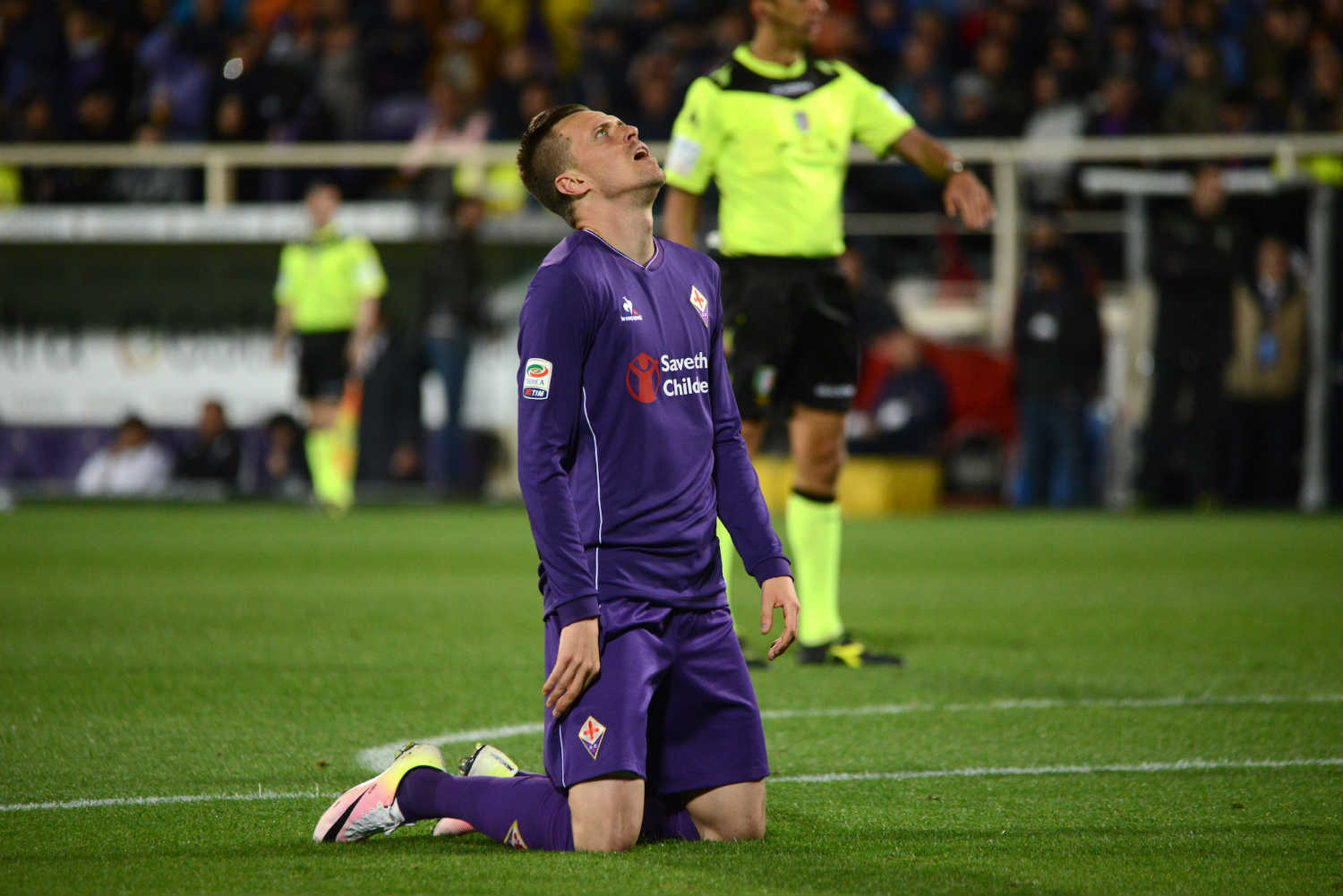 Josip Iličić was born in Prijedor, present-day Bosnia and Herzegovina and moved to Kranj, present-day Slovenia when he was only one year old, together with his mother Ana and brother Igor, after his father was killed. Iličić was once asked in an interview if he would be interested in playing for Croatia national football team, due to his Croatian ancestry, but he replied that he would have never accepted the offer due to the fact he had lived in Slovenia his whole life. Later, he made a similar comment regarding Bosnia and Herzegovina, the country where he was born. In 2020 he suffered from depression due to the COVID-19 pandemic. In early 2022, Iličić suffered again from mental health problems and was absent from the Atalanta squad. Iličić became the first player in the history of the competition to score four goals in an away tie of a Champions League knockout stage match, and the oldest player at the time to score four goals in a single match in the competition at the age of 32 years and 41 days, surpassing Zlatan Ibrahimović. Iličić also received UEFA’s Player of the Week award after the Champions League round of 16 matches. Later in 2020, Iličić was nominated for the UEFA 50 Men’s Team of the Year. After spending five years with the club, his contract with Atalanta was terminated by mutual consent on 31 August 2022. Overall, Iličić made 173 appearances for Atalanta and scored 60 goals. A predominantly left-footed player, Iličić is capable of playing as a second striker, as a wide midfielder or winger on either flank, or even in a central role as an attacking midfielder in a 4–2–3–1 or 4–3–1–2 system. His former Palermo coach, Bortolo Mutti, believed that the 4–3–3 system was the perfect formation for his characteristics, as it allowed him to be deployed on the right flank, a position from which he could cut inside and strike on goal with his stronger left foot. He has also been deployed as a central midfielder on occasion, although this is not his preferred position. During his time at Atalanta, he has often been used in a free advanced role in a fluid 3–4–3 formation under manager Gian Piero Gasperini. A powerful and accurate striker of the ball with either foot, in particular from distance, he is highly regarded for his touch on the ball, technique, dribbling skills, and creativity, as well as his physical strength, leadership, strong personality, and instinctive play on the pitch; he is also known for his use of feints, in particular the back-heel move, and is an accurate set piece and penalty taker. While he is known for his composure, ability to find space, and eye for goal, he is also an excellent playmaker and assist provider, courtesy of his vision, crossing, and precise passing ability, in particular with the outside of his boot, which enables him to contribute to his team’s offensive plays effectively by creating goalscoring chances for himself or his teammates. Moreover, he is a hard-working player, who possesses quick feet, poise, and elegance in possession, despite his tall stature, athletic build, and lack of significant pace or acceleration. Despite his talent and ability, he has been accused by certain pundits of being inconsistent at times, and has also drawn criticism over his difficult character, defensive positioning, and tactical awareness, in particular in his youth, although he was able to improve on the mental aspect of his game as he matured and his career progressed, which saw him reach his prime and maintain a consistent level of performance into his early 30s. His playing style and speed of thought has earned him the nickname Il Professore (“The Professor”) in the Italian media. 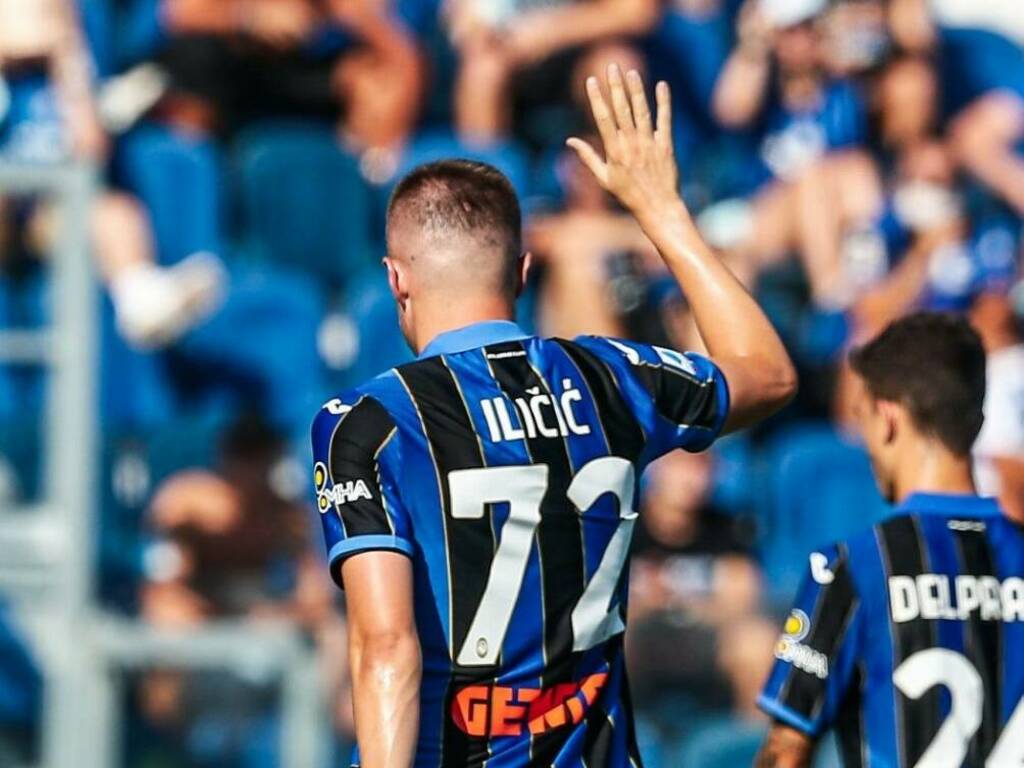 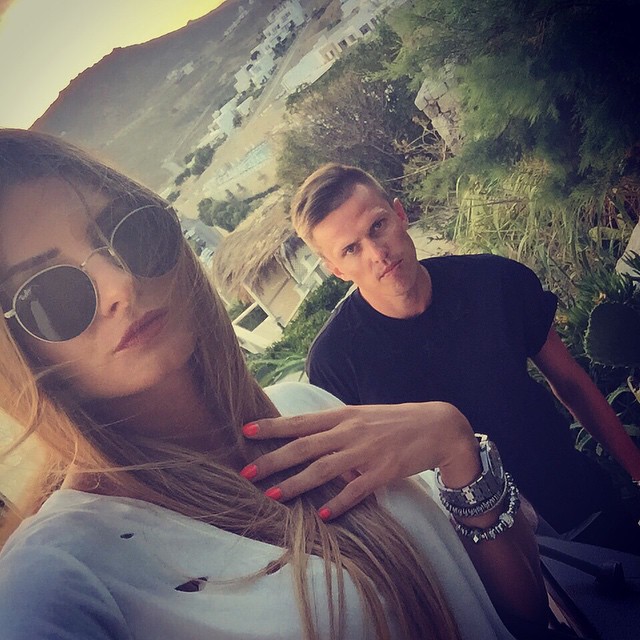 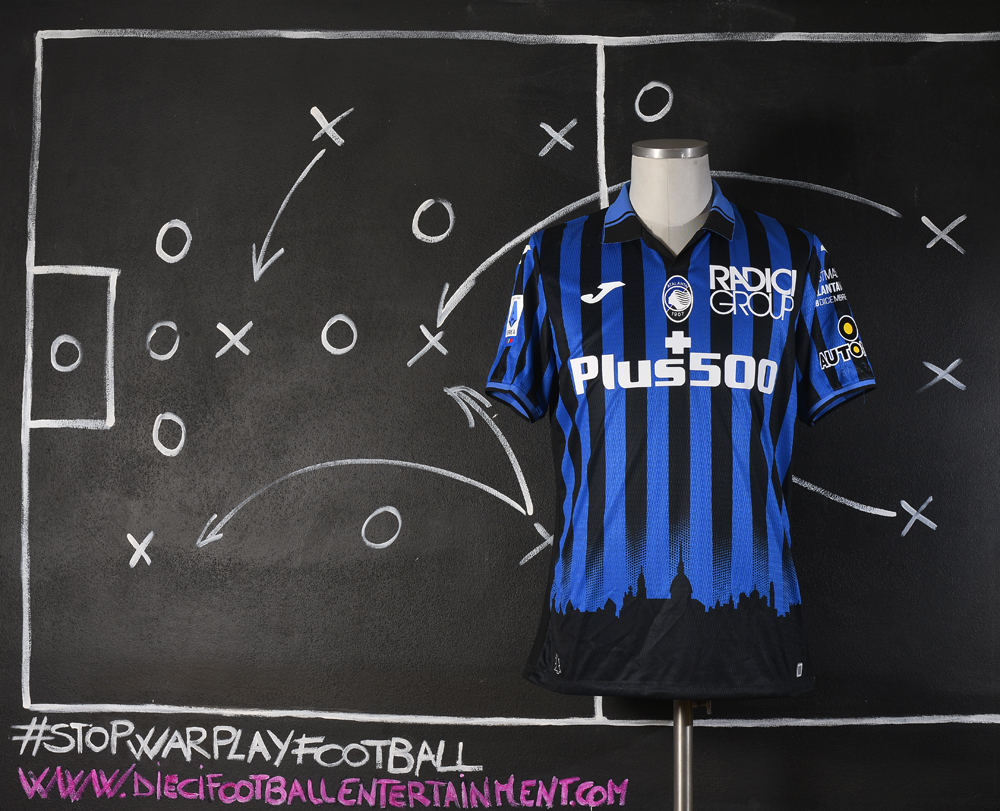 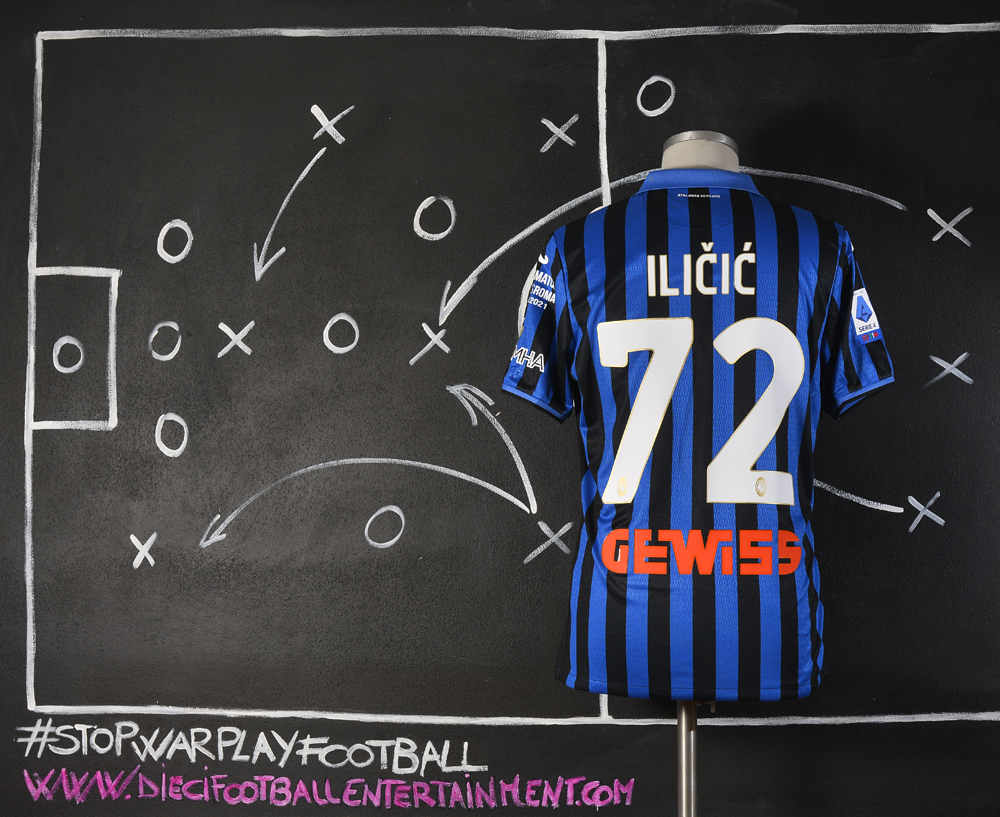 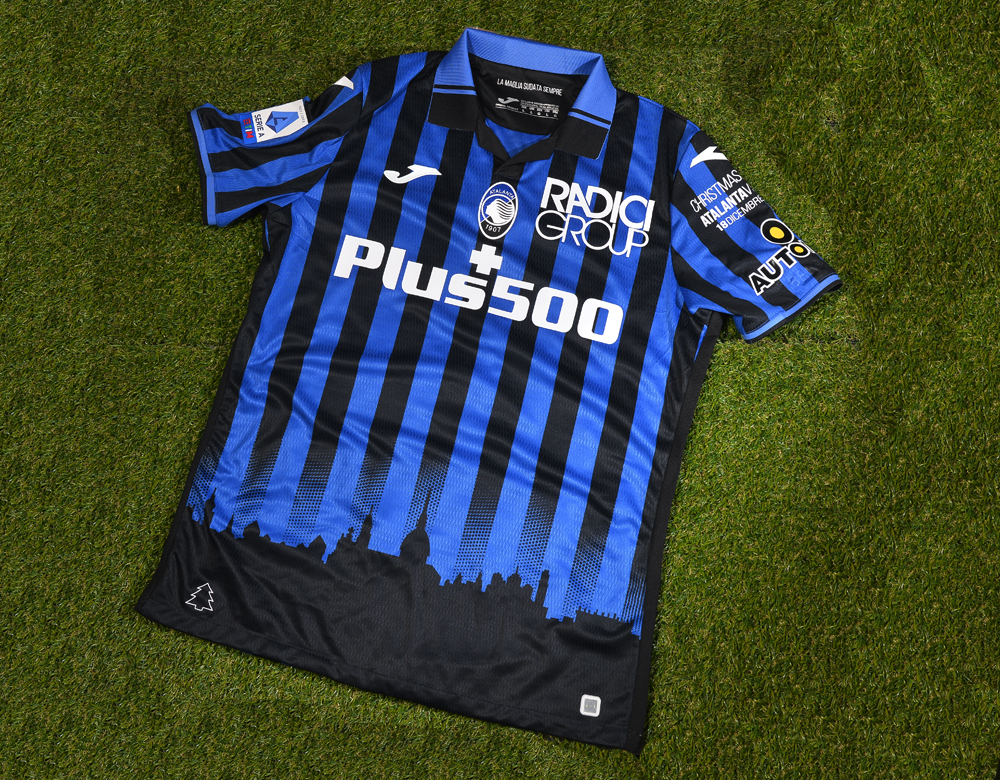 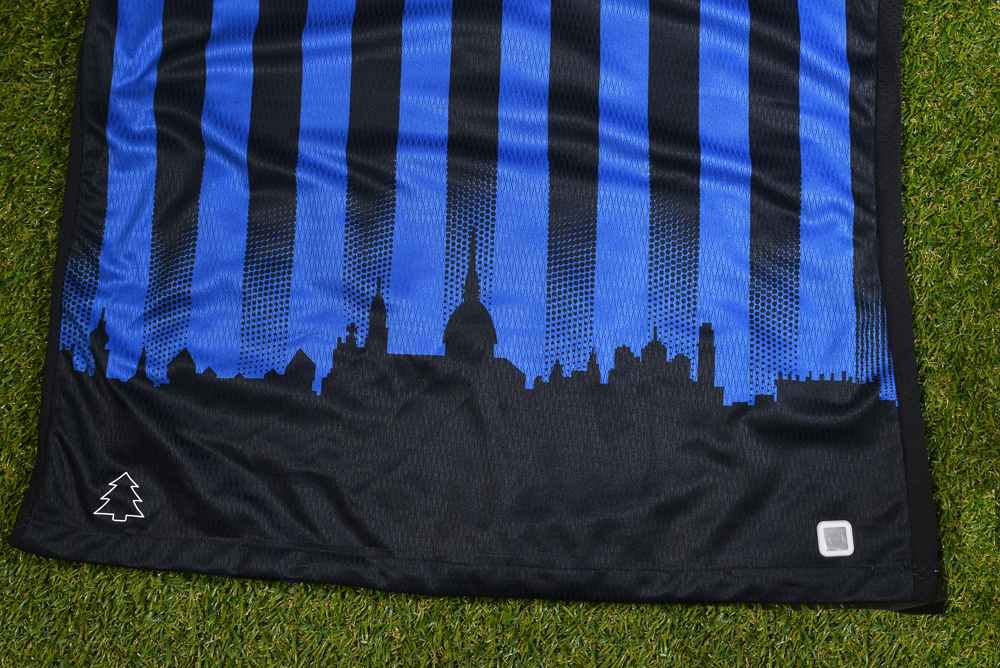 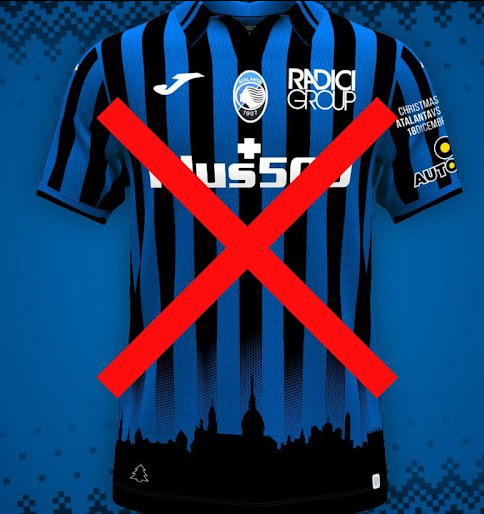 This is a Christmas Limited Edition kit issued for the Serie A game between Atalanta and A.S. Roma which took place in Bergamo, “Gewiss Stadium”, on December 18th 2021. The Christmas 2022 supposed to be the 12th Christmas in a row to be celebrated by the club with a special limited edition shirt that the team supposed to wear the week before Christmas and then being auctioned to raise money for local charity’s foundations. But this year, this event has been cancelled at the very last minute due a big mistake made by the team’s supplier Joma with the design of the shirt. As reported by Italian media, the skyline at the bottom of the jersey is not Bergamo (the Atalanta’s city, but instead Turin). Most notably is the Mole Antonelliana, which is located in Turin and can be seen in the center of the graphic. It’s unclear as to how this could have happened but Atalanta fans on social media were furious and have asked the team not to wear the shirt and to the fans to boycott the sale of the shirt. During the night, even a banner in Zingonia, outside the venue of the club, asked that the shirt not be worn by the players for the match: “THE SHIRT IS WRONG!! OUT OF RESPECT IT SHOULD NOT BE WORN”. So in an unexpected turn of events, Atalanta has canceled the 2021 Christmas kit including the sale in the shops and the team did wear the regular 2021-22 home kit in the game against AS Roma.

In the picture above there is the Turin’s skyline which, as visible, was the one used on the Atalanta’s shirt. Below there is the Bergamo’s skyline that supposed to be the right one. 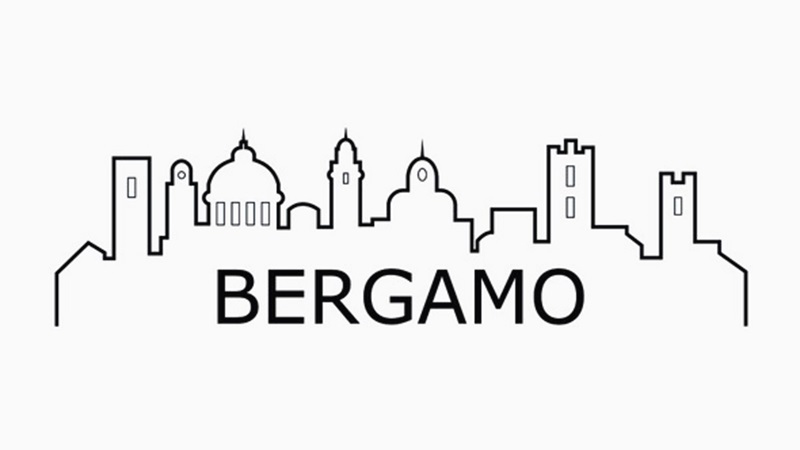 Grosso Grosso2022-09-01T11:42:10+00:00
Page load link
This site uses cookie technology, including third parties' ones. If you want to know more click here. If you access any element of this site outside this banner, you consent to the use of cookies. Ok
Go to Top