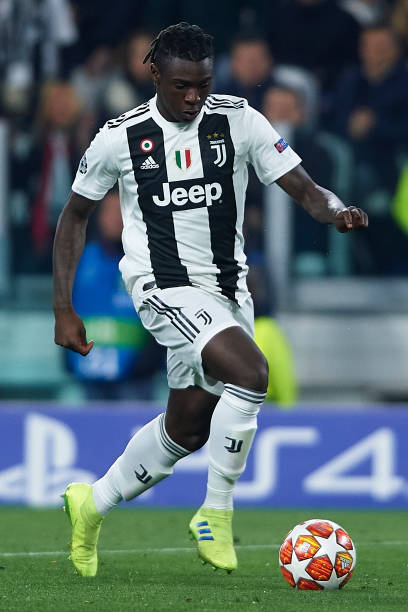 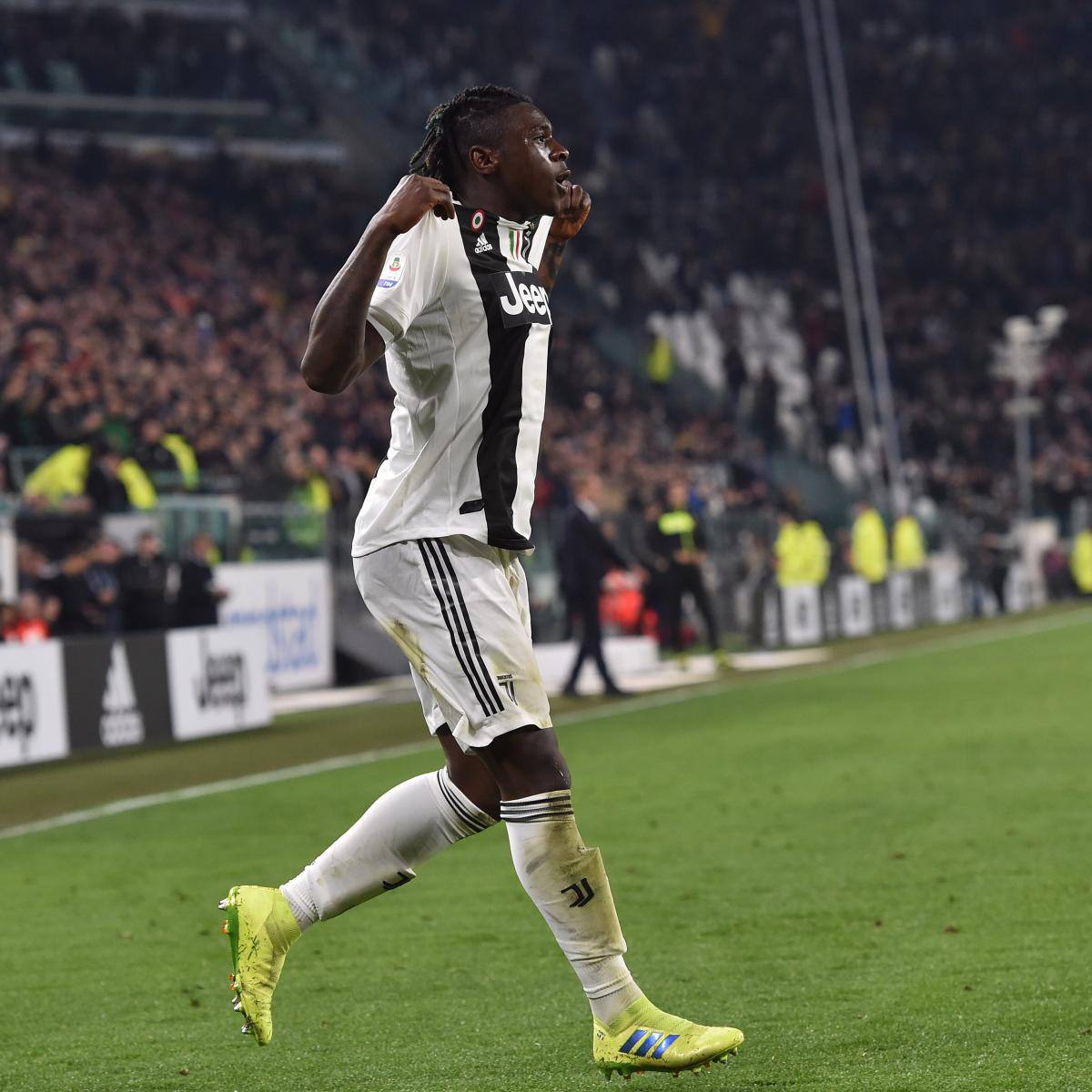 Regarded as one of Italian football’s most promising prospects, Kean is a quick, tenacious, and physically strong forward, with good technical skills and an accurate shot. Naturally right-footed, his preferred role is in the centre as a main striker, although he is also capable of playing as a second striker, or even as a left-sided forward or winger. He is known in particular for his great pace, ability in the air, offensive movement, and powerful physique, which enable him either to hold up the ball with his back to goal or take advantage of openings in the opposition’s defence; a hard-working player, he has also been praised for his defensive contribution off the ball. 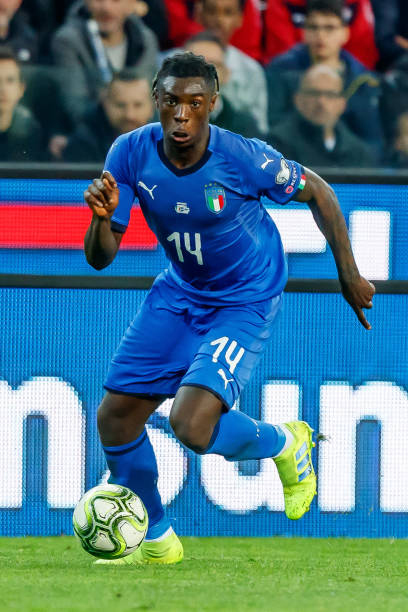 These boots were signed and auctioned by the player himself through an Italian well known Charity Onlus where we got them from. See below Moise Kean holding the boots in his hands. 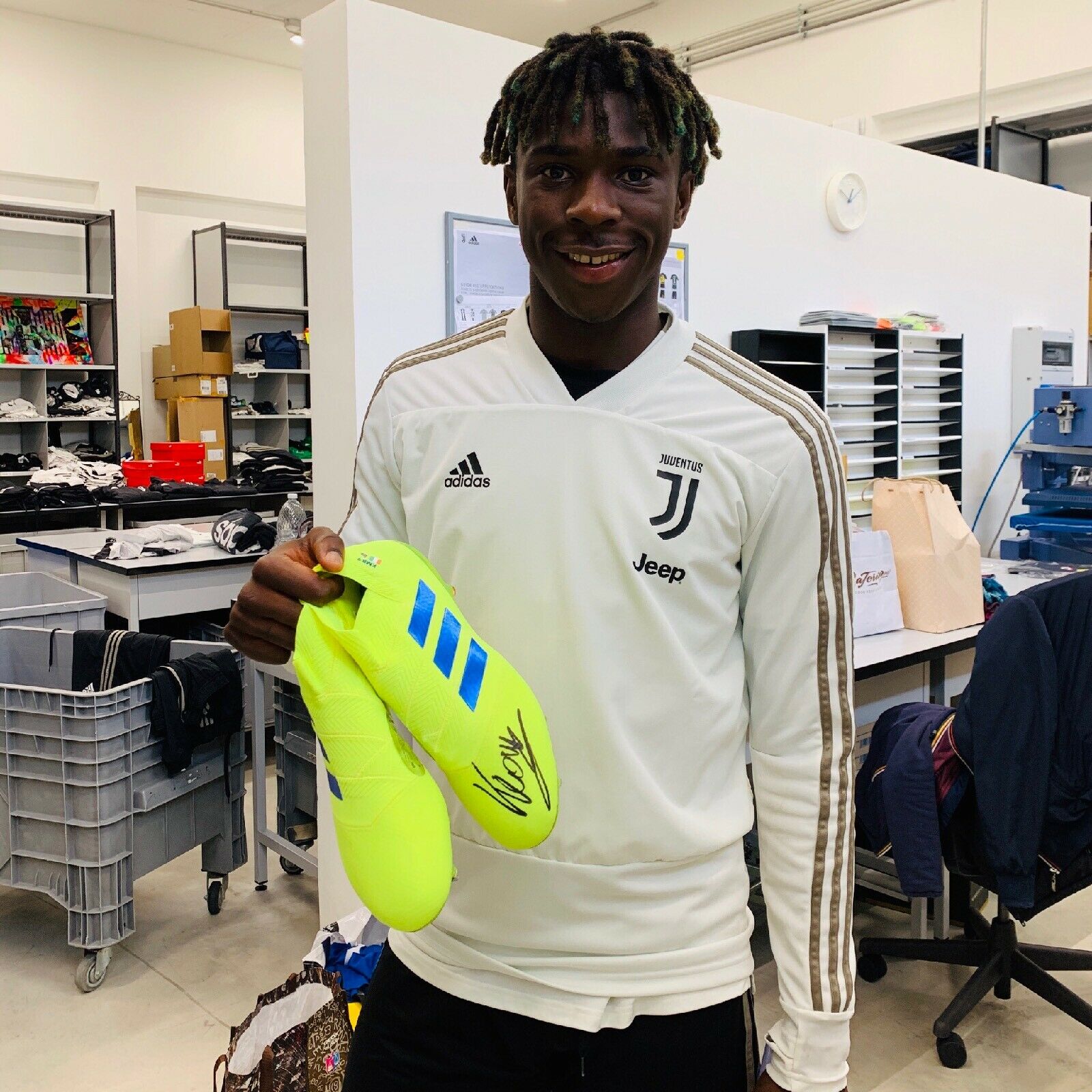 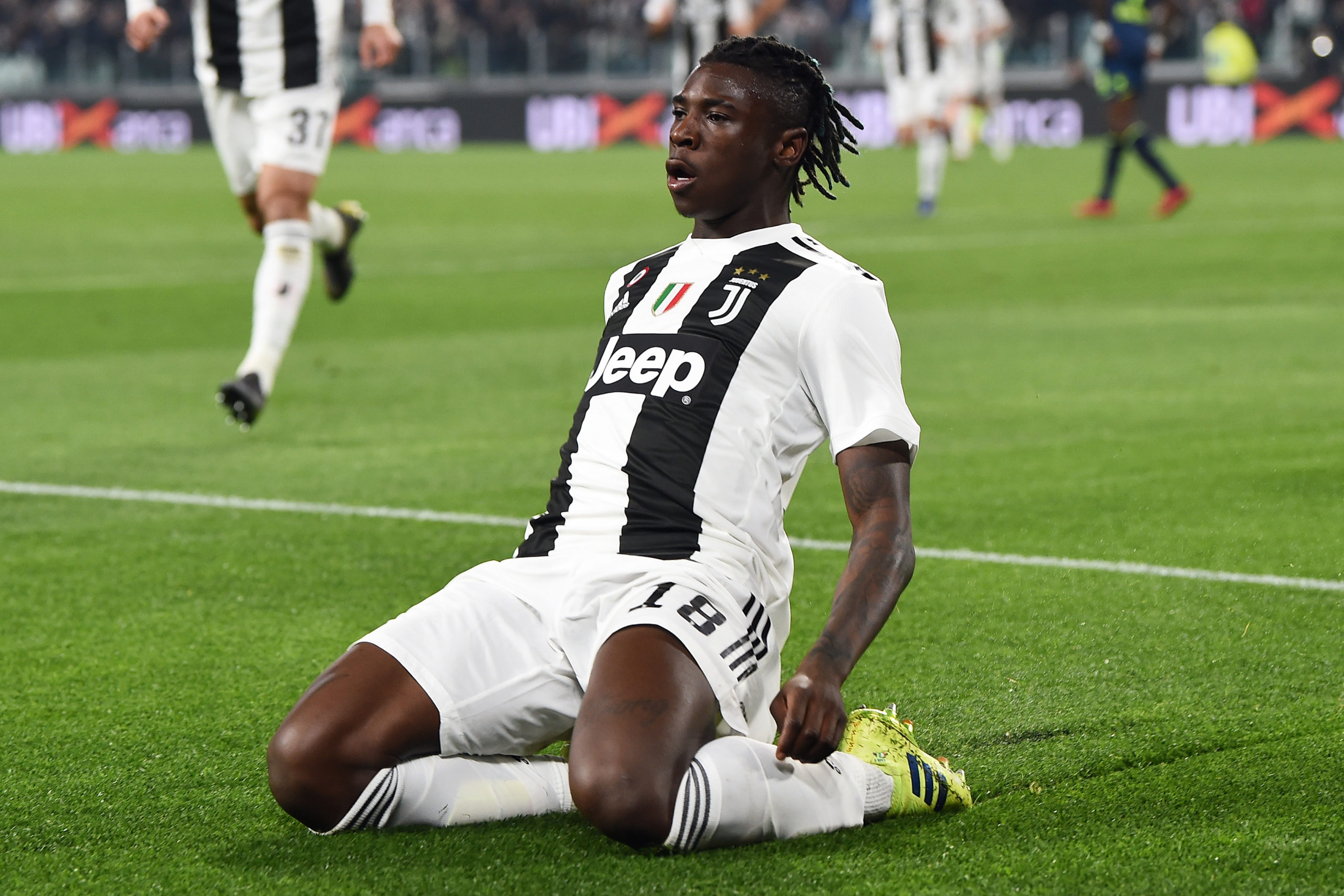 Moise Kean was first noticed by Renato Biasi, who inserted him in the youth teams of Asti before offering him to Torino.  In 2010, however, instead of renewing with the Granata, he was signed by Torino’s cross-city rivals Juventus (until a player is of 14 years of age, the contract is annual and in constant renewal). In his final season in the Juventus youth teams, in 2015–16, he scored 24 goals in 25 games. Kean made his professional debut for Juventus on 19 November 2016, at the age of 16 years and 23 days, coming on in the 84th minute for Mario Mandžukić in a 3–0 win over Pescara in Serie A. Upon doing so, he became the club’s youngest-ever debutant and the first player born in the 2000s to compete in one of Europe’s four major leagues. On 22 November, he became the first player born in the 2000s to feature in a UEFA Champions League match, after being substituted on in the 84th minute of a 3–1 away win over Sevilla. On 27 May 2017, Juventus’ final match of the 2016–17 Serie A season, Kean scored his first goal for Juventus, the winning goal of a 2–1 away victory over Bologna, also becoming the first player born in the 2000s to score a goal in one of Europe’s five major leagues. On 31 August 2017, after extending his contract until 30 June 2020, Kean was loaned to Hellas Verona on a one-year deal. On 10 September he made his debut for Verona in Serie A as a substitute, replacing Alex Ferrari in the 46th minute in a 5–0 home defeat against Fiorentina. On 1 October, Kean scored his first goal for Verona in the 87th minute of a 2–2 away draw against Torino. On 28 January 2018, Kean scored his first career Serie A brace in a 4–1 away win against Fiorentina, becoming only the second player born in the 2000s after Pietro Pellegri to have done so. He totalled 20 competitive appearances and four goals in his season at the club. 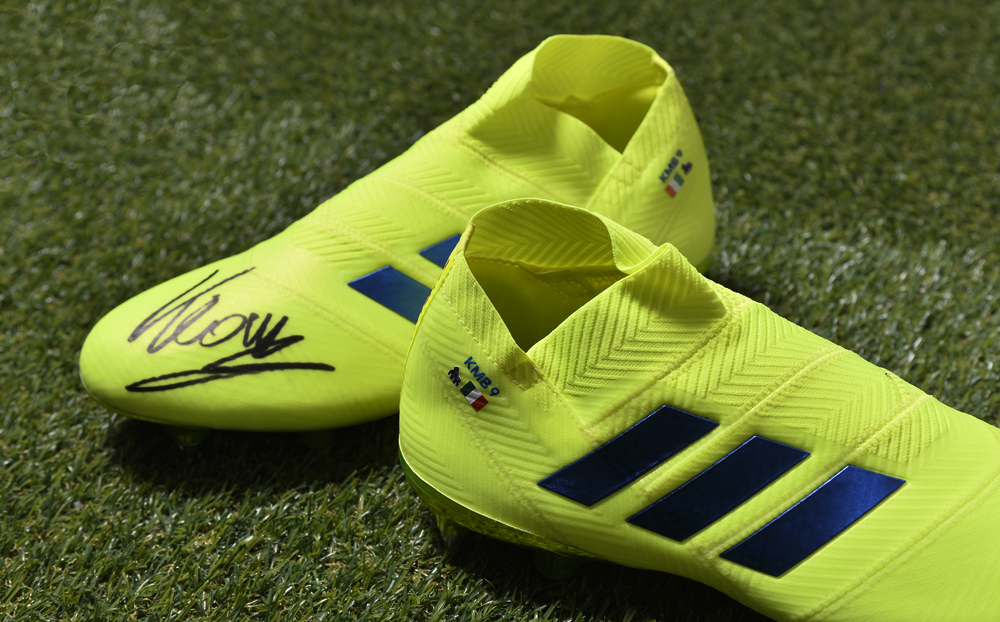 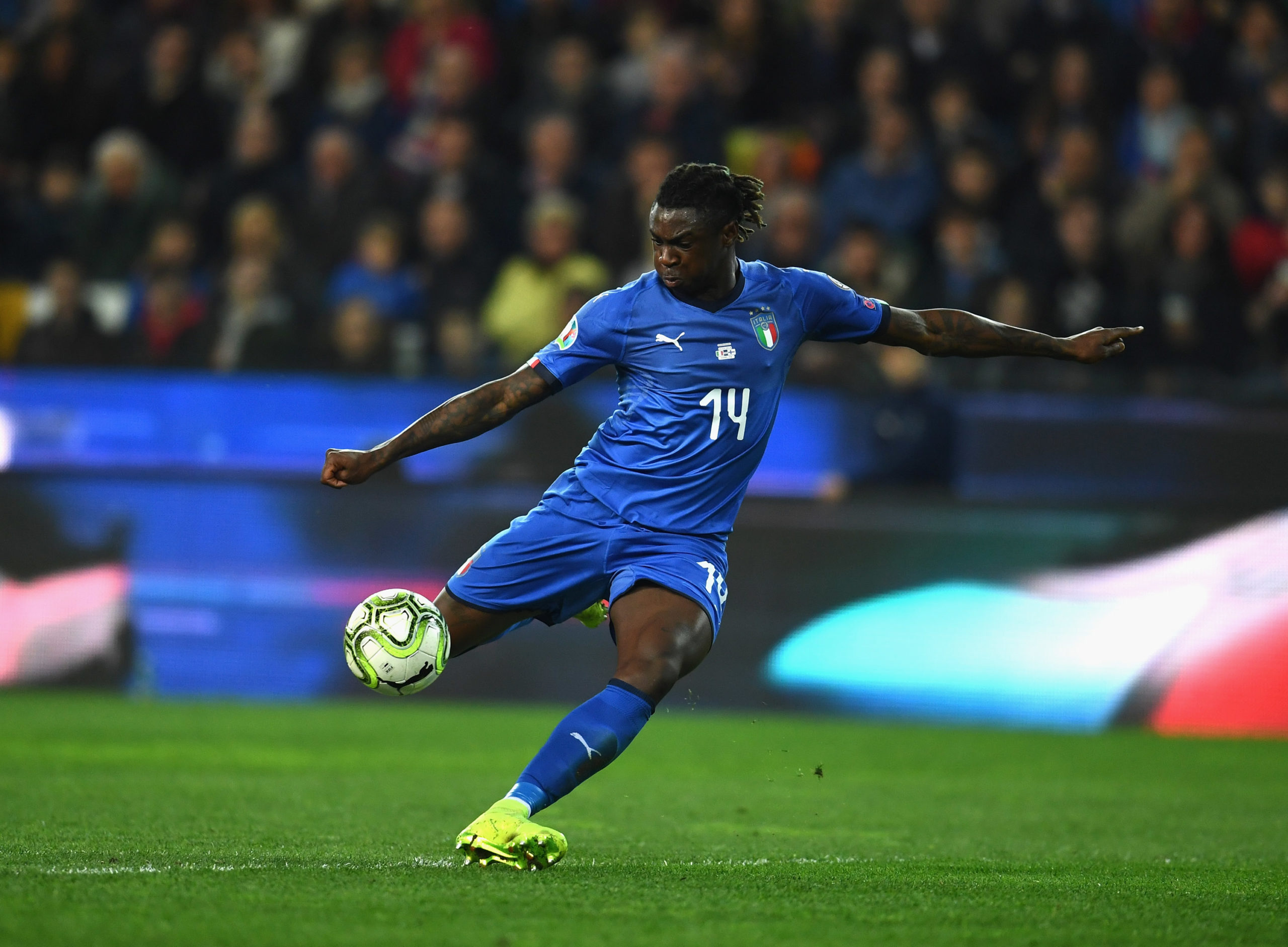 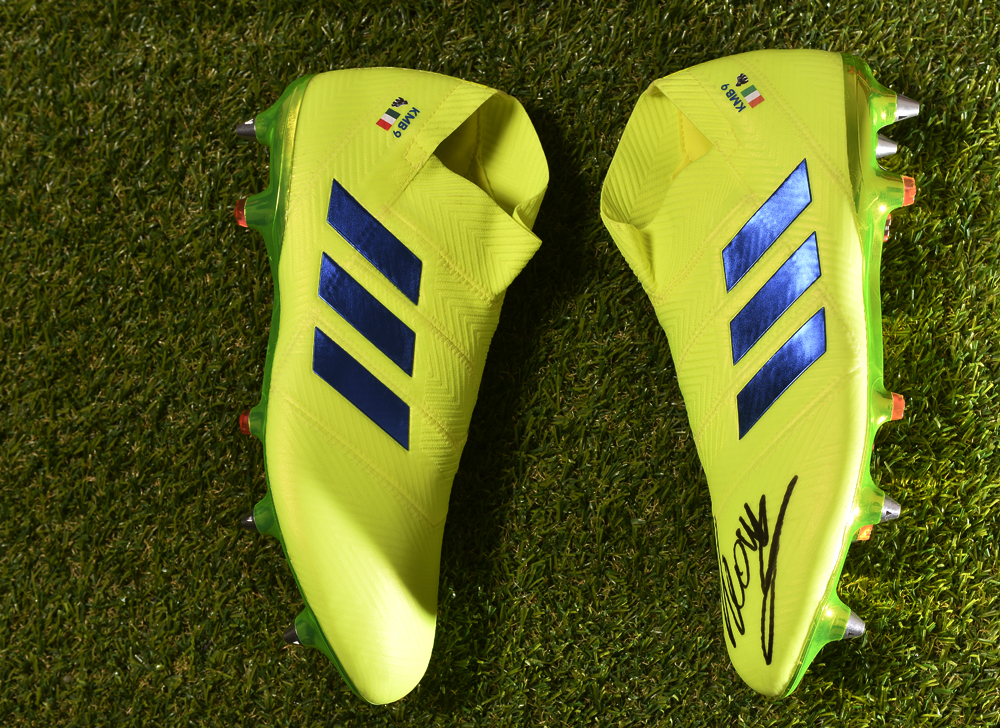 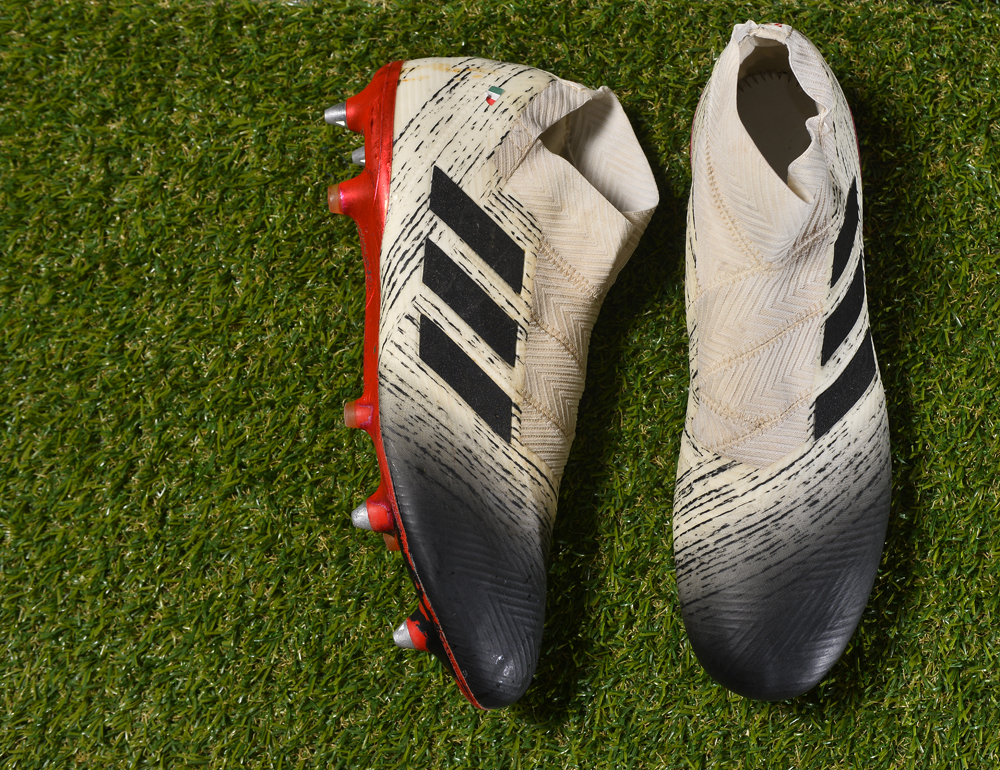 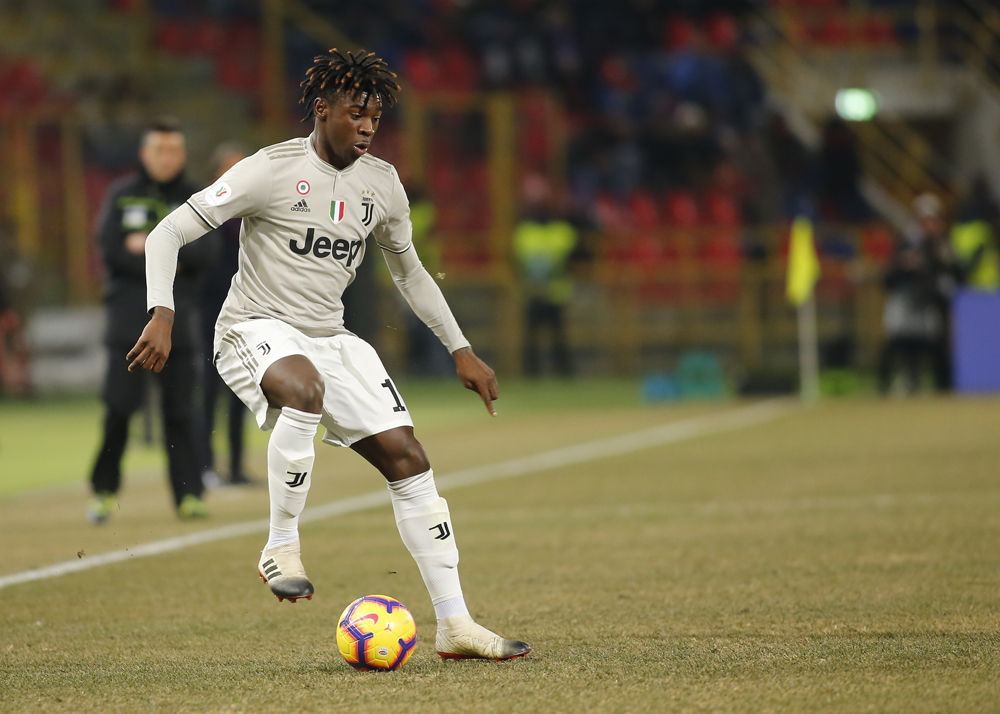 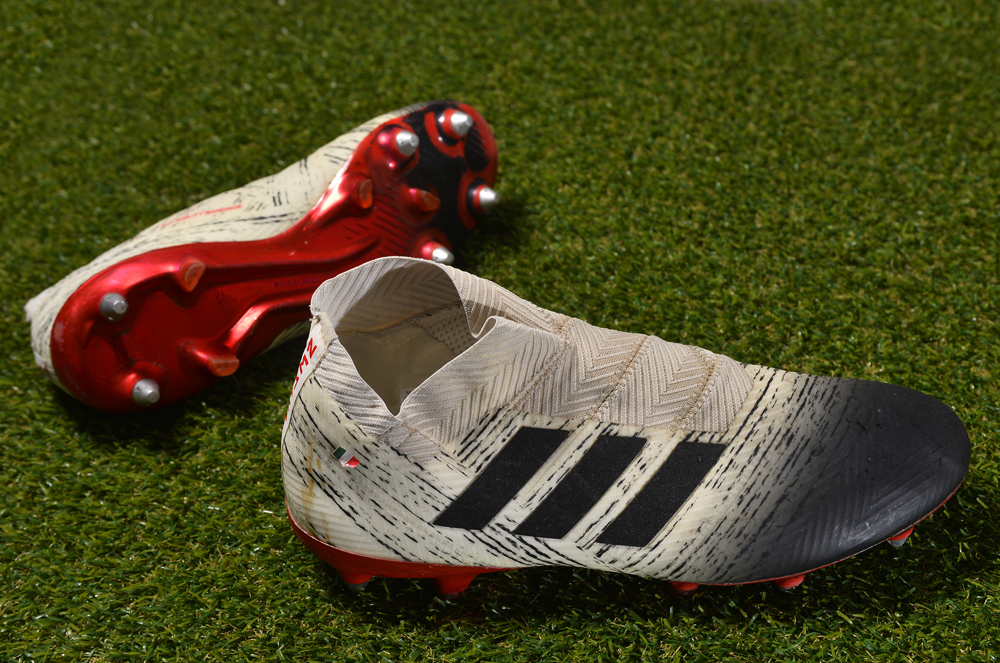 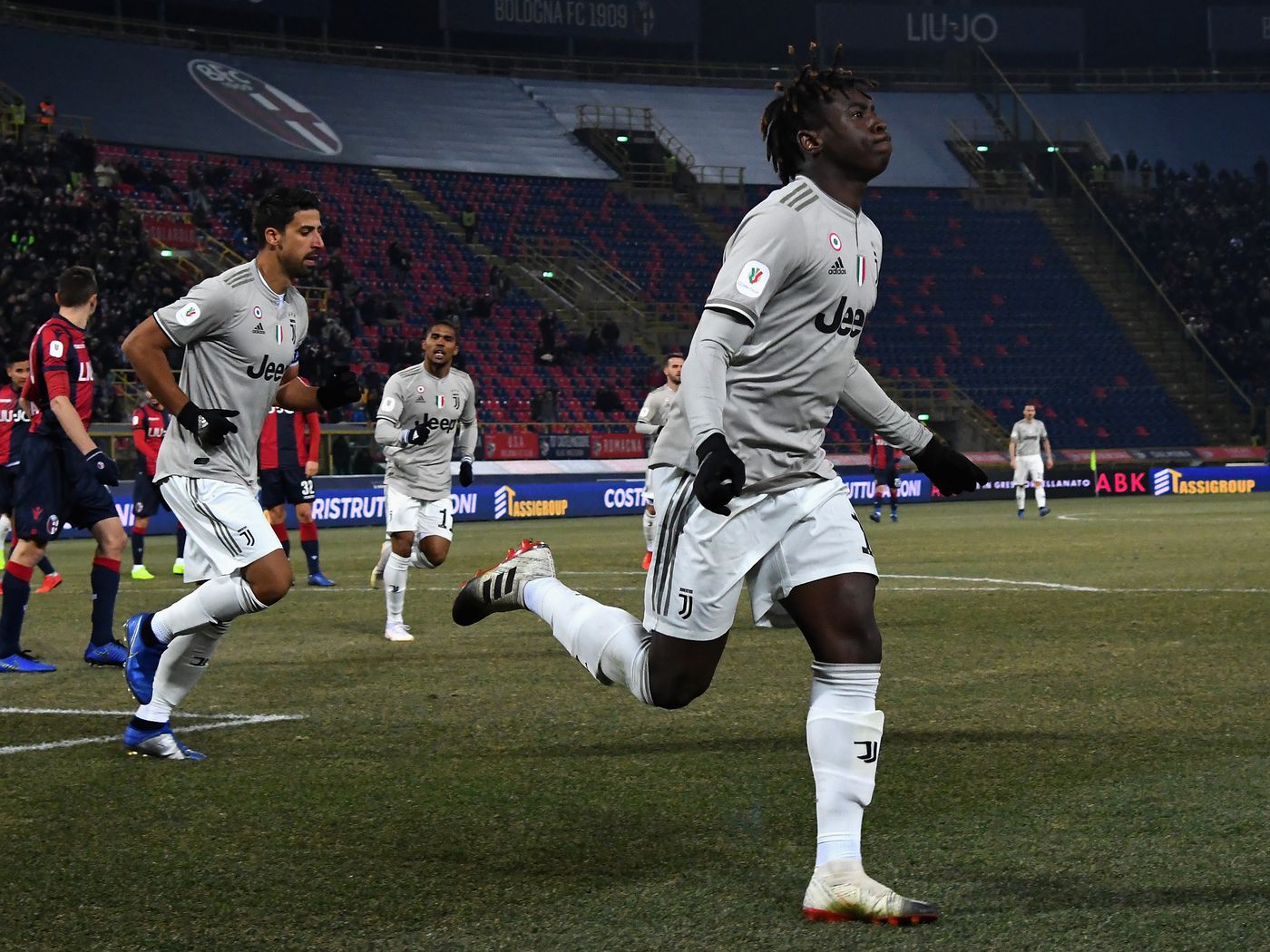 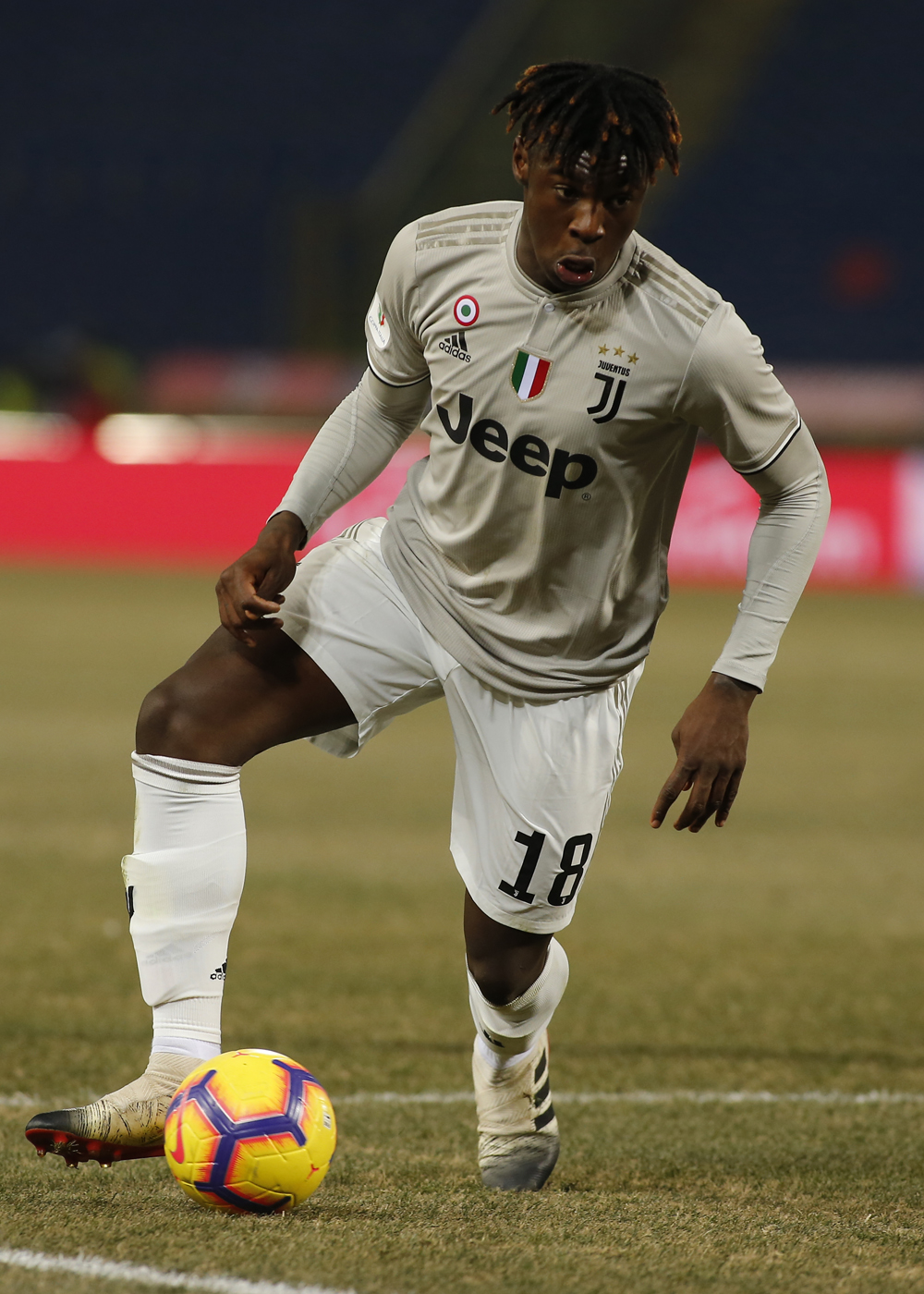 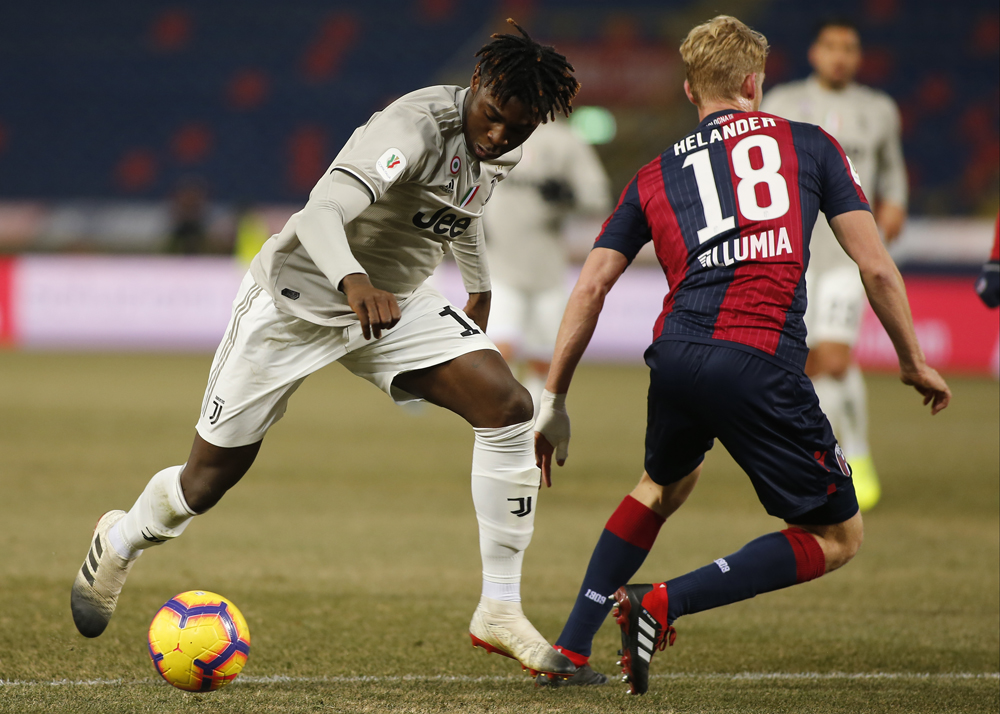 On 12 January 2019, Kean scored in a 2–0 away win over Bologna in the Coppa Italia. On 8 March 2019, Kean scored two goals in the first half against Udinese, of an eventual 4–1 home win. On 2 April 2019, Kean scored the second goal in a 2–0 away win against Cagliari, during which Kean was subject to racist chants from a section of Cagliari fans. Juventus teammate Leonardo Bonucci was heavily criticised after stating that Kean was partly to blame by his celebration which caused further jeers, by England international Raheem Sterling who deemed the comments ‘laughable’, compatriot Mario Balotelli, English rapper Stormzy, and former Juventus player Paul Pogba. Bonucci implied that Kean’s celebration caused further jeers, stating to Sky Sport Italia: “Kean knows that when he scores a goal, he has to focus on celebrating with his teammates. He knows he could’ve done something differently too. There were racist jeers after the goal, Blaise heard it and was angered. I think the blame is 50–50, because Moise shouldn’t have done that and the Curva should not have reacted that way. We are professionals, we have to set the example and not provoke anyone.”[26] In Juventus’s following match on 6 April, Kean came off the bench against Milan to score the winning goal in a 2–1 home win in Serie A, putting his side just one victory away from winning the league title. The following league match, on 13 April, Kean scored the first goal in a 2–1 away defeat against SPAL, marking his sixth consecutive goal in as many matches for club and country. 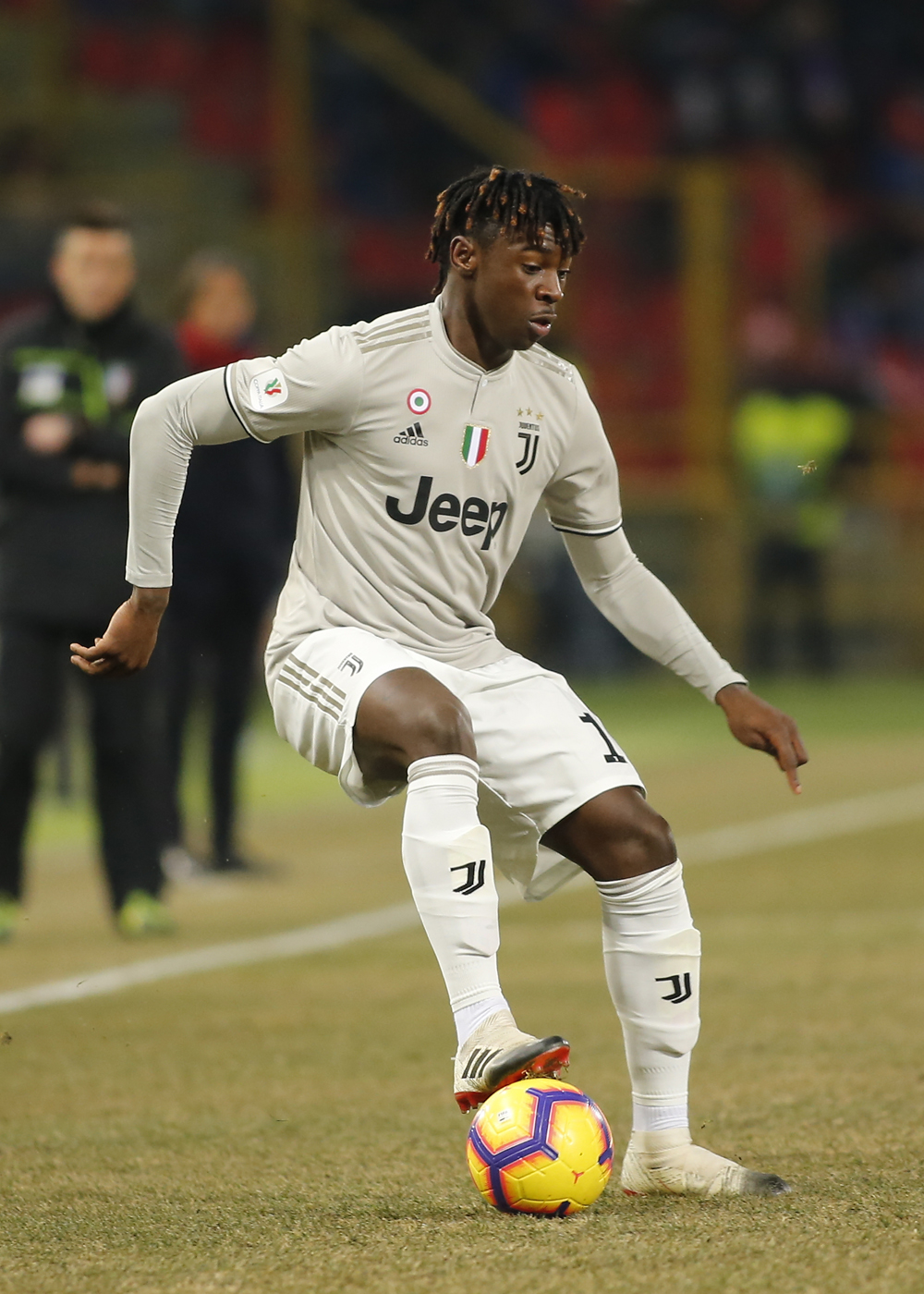 Grosso Grosso2020-11-29T12:00:55+00:00
Page load link
This site uses cookie technology, including third parties' ones. If you want to know more click here. If you access any element of this site outside this banner, you consent to the use of cookies. Ok
Go to Top