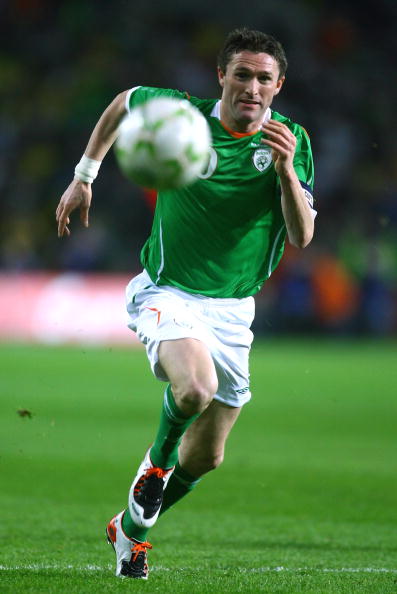 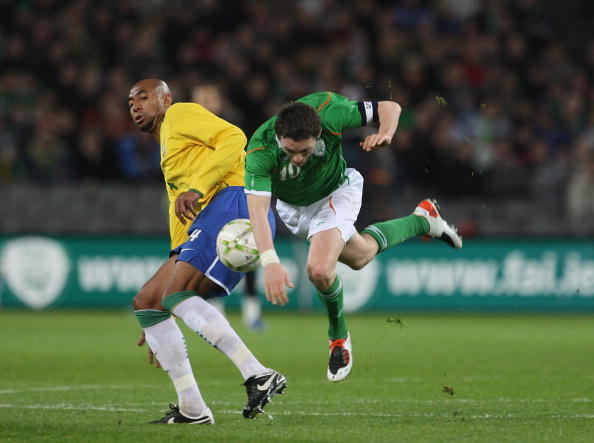 Robert David “Robbie” Keane is an Irish professional footballer who plays as a forward. He served as captain of the Republic of Ireland national team from March 2006 until his international retirement in August 2016. Keane began his professional career at Wolverhampton Wanderers, scoring twice on his first-team debut aged 17. The following season he was the club’s leading goalscorer and scored his first international goal for the Republic of Ireland. He changed club frequently between 1999 and 2002, breaking transfer fee records, but his brief spells at Inter Milan and Leeds United were unexceptional. He joined Tottenham Hotspur in 2002 and played there for seven-and-a-half years over two spells and amassed 306 appearances across all competitions, scoring 122 goals. The 2007–08 season was the most fruitful of his career as he set a career record of 23 goals in a season, including a landmark 100th competitive goal and won his first senior honour, the League Cup. Keane moved to Liverpool in July 2008 but he spent only six months at the club before returning to Tottenham, where he was made first team captain. In January 2010, he moved on loan to Scottish Premier League side Celtic for the rest of the season, and spent the second half of the following season loaned to West Ham United. He left Tottenham for LA Galaxy in 2011, and in January 2012 went to Aston Villa on a two-month loan during the Major League Soccer off-season. He is the tenth-highest goalscorer in Tottenham’s history and scored 126 Premier League goals for six different clubs, which ranks him as the thirteenth-most successful goalscorer in the history of the Premier League. Keane scored a total of 68 goals for the Republic of Ireland national team over an 18-year international career, making him the all-time record Irish scorer. His 146 caps makes him their highest appearance-maker. Keane is the joint fourth-highest scoring European of all-time, and the only player in the history of world football to have scored at least one international goal in 19 consecutive years. He is also the all-time top scorer in European Championship qualification matches. Keane was Ireland’s top scorer at the 2002 FIFA World Cup with three goals as they reached the last 16, and also played at UEFA Euro 2012 and UEFA Euro 2016. 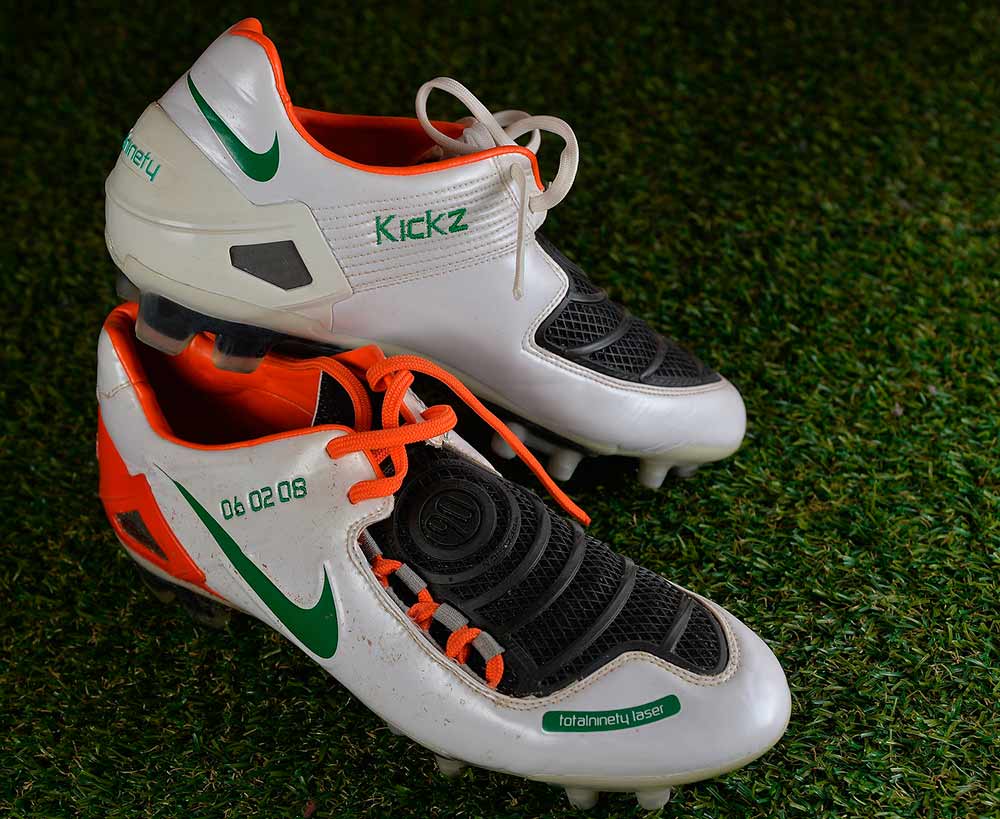 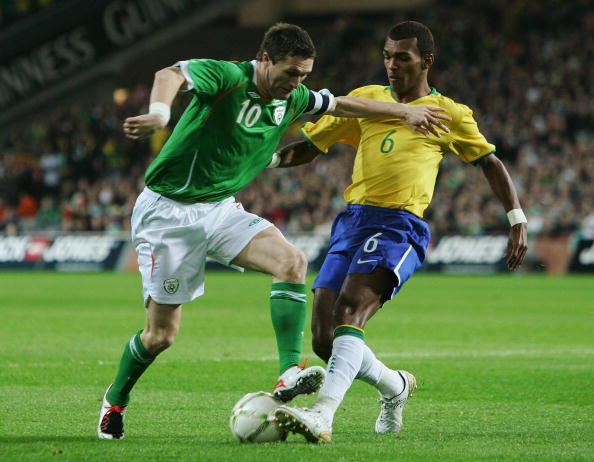 These boots were especially made for Robbie Keane for the game between Ireland and Brazil which took place at Croke Park in Dublin on February 6th 2008. These boots have match date embroidered which is pretty uncommon for player’s boots. Another weird thing is that these boots belong to two different models of boots but that was the way the player initially wanted to play. 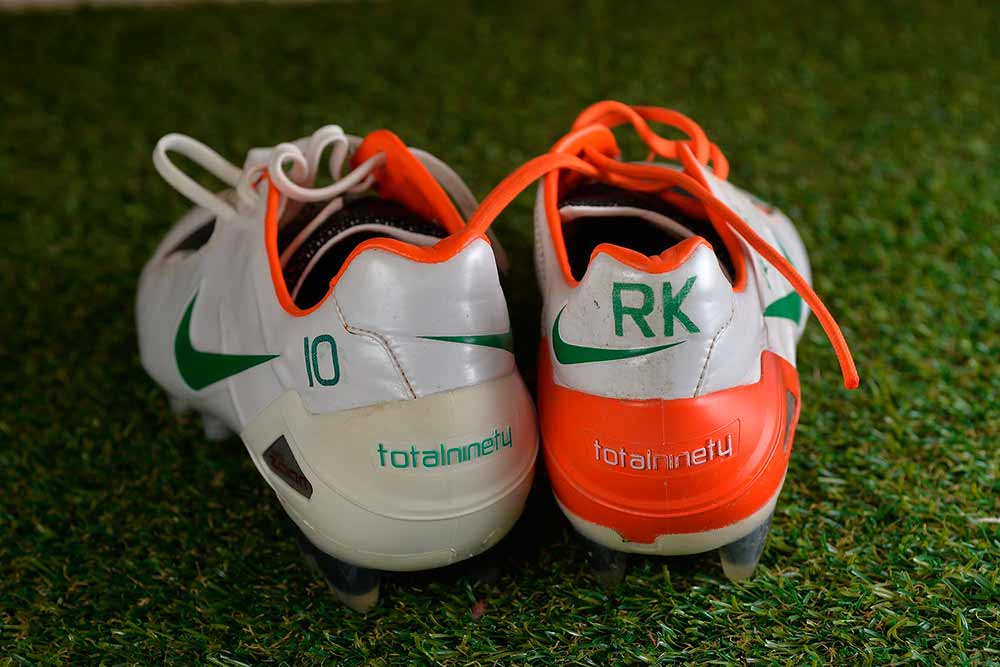 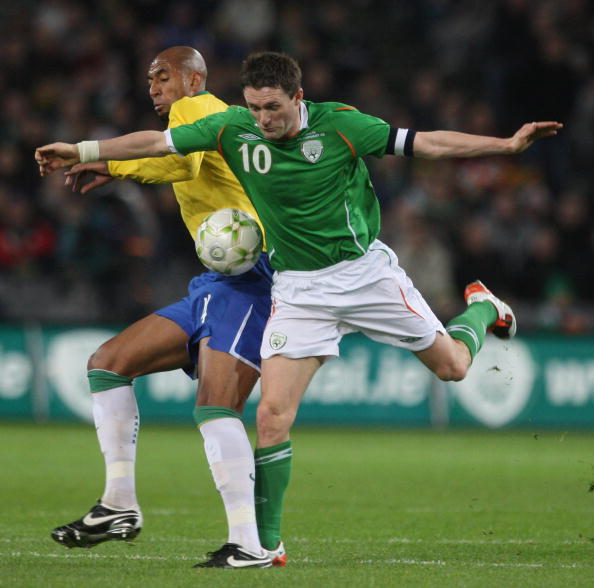 Grosso Grosso2017-10-28T12:32:54+00:00
Page load link
This site uses cookie technology, including third parties' ones. If you want to know more click here. If you access any element of this site outside this banner, you consent to the use of cookies. Ok
Go to Top