Sami Khedira is a German professional footballer who plays as a central midfielder for the Germany national team. He began his career at VfB Stuttgart, winning the Bundesliga in 2007, before moving to Real Madrid in 2010. In his five seasons in Spain, he won seven domestic and international trophies, including the UEFA Champions League in 2014. In 2015, he moved to Italian side Juventus on a free transfer, and won the Serie A title and Coppa Italia in his first three seasons with the club. A full international for Germany since 2009, Khedira has earned over 75 caps for the national team. He has taken part at three FIFA World Cups and two UEFA European Championships with Germany, and was part of their squads which reached the semi-finals at the 2010 FIFA World Cup, as well as the 2012 and 2016 UEFA European Football Championships; he also won the 2014 FIFA World Cup. 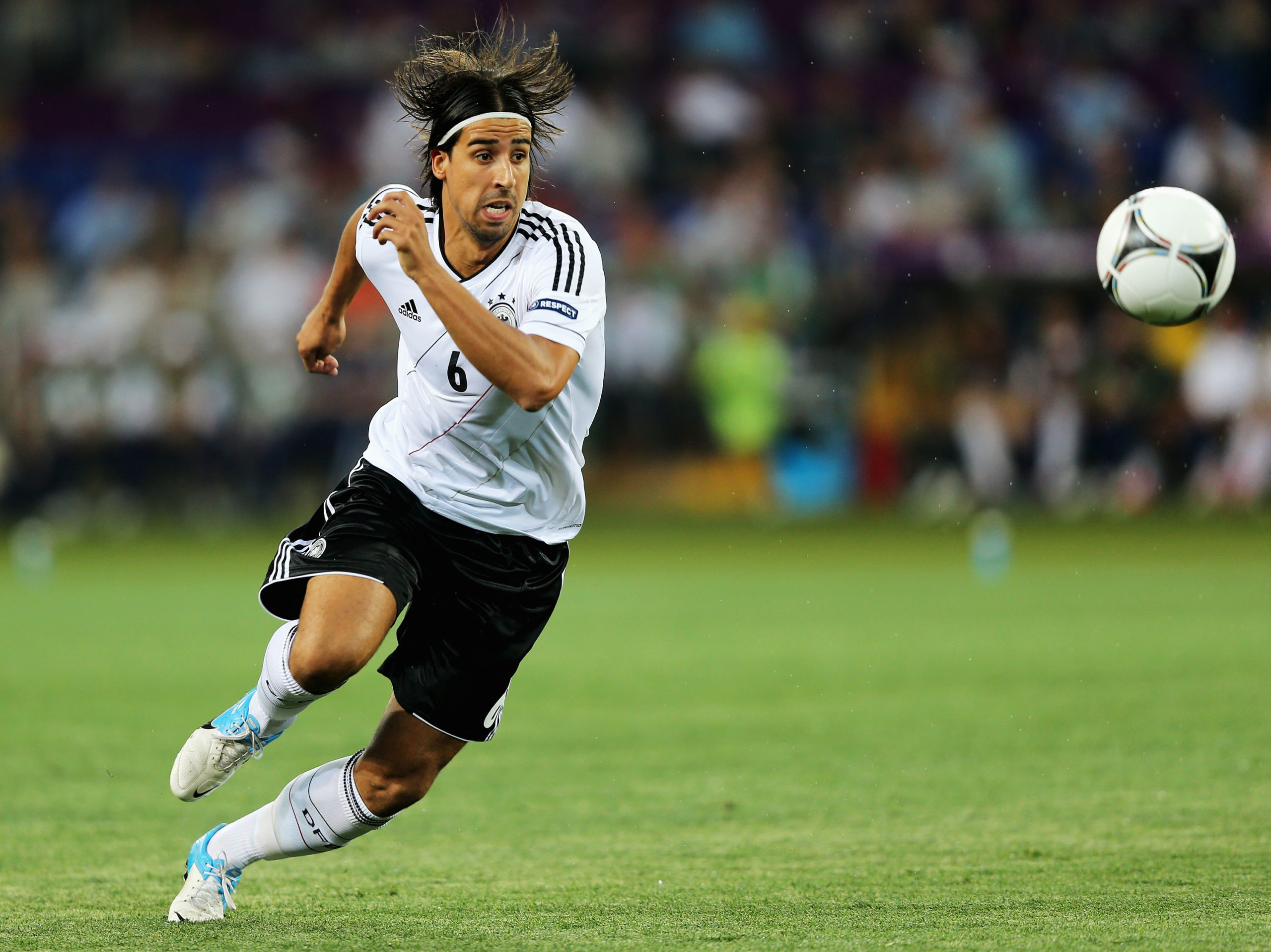 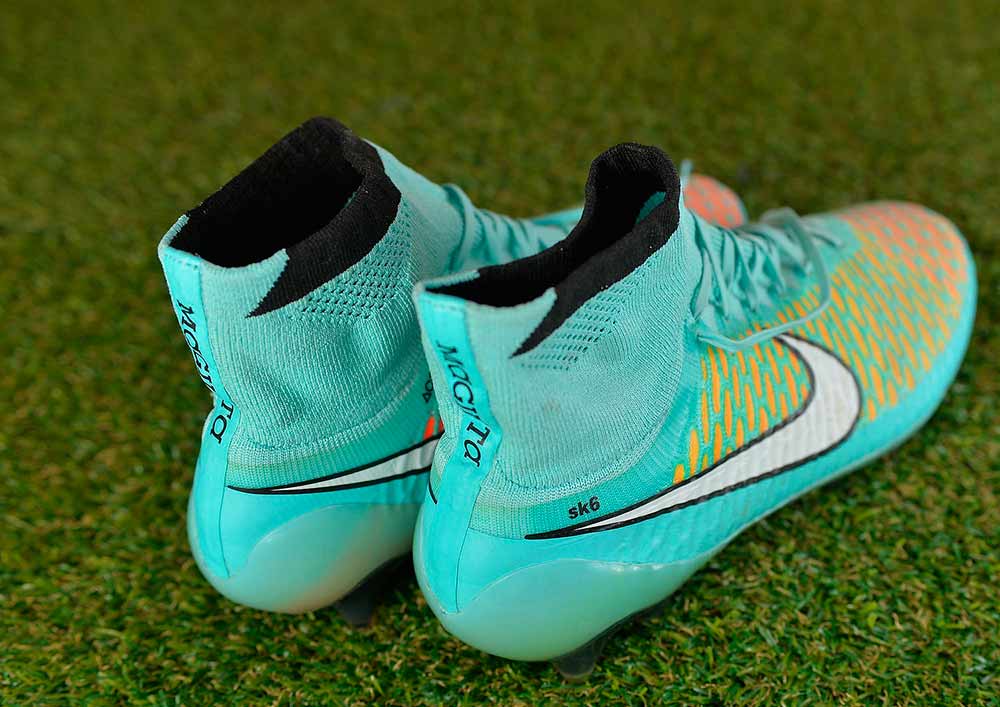 Khedira is considered a dynamic and well-rounded midfielder, with good awareness and “flawless aerial ability”, who can cover a lot of ground efficiently, recover the ball and quickly join in the team’s attacking plays; he is also capable of being a goal threat with his heading accuracy and powerful mid-range shooting. A physically strong, energetic, and tactically intelligent player, he is also known for his ball-winning abilities, work-rate, and vision, as well as his solid technique and reliable passing, which allow him to play anywhere in midfield; although usually a central midfielder, he has also been deployed as a defensive midfielder or as a box-to-box midfielder, due to his stamina, movement, positional sense, and versatility, which also enable him to create space or contribute to his team’s offensive plays with goals, due to his ability to make late runs into the penalty area from behind. In spite of his playing ability, however, Khedira is also known to be injury-prone. On 30 July 2010, Khedira moved to Real Madrid for an undisclosed fee, signing a contract until 2015. Khedira made his debut on 13 August in a friendly match against Bayern Munich, which Real Madrid won 4–2 on penalties for the Franz-Beckenbauer-Cup. His league debut came sixteen days later, in a 0–0 away draw against Mallorca. He made 40 appearances across his first season in Spain and won his first club honour on 20 April 2011 as his team won the Copa del Rey final against El Clásico rivals FC Barcelona. He scored his first competitive goal for Real Madrid in the Champions League, on 18 October 2011 against Olympique Lyonnais. He scored his first Copa del Rey goal against Málaga CF in a 3–2 home win when Real Madrid were trailing behind 0–2, and his first league goal against RCD Espanyol in a 5–0 home win. On 21 April 2012, Khedira scored his second league goal, against Barcelona; the goal was Real Madrid’s 108th of the season in the league, breaking the previous La Liga record of 107, also set by them in the 1989–90 season. 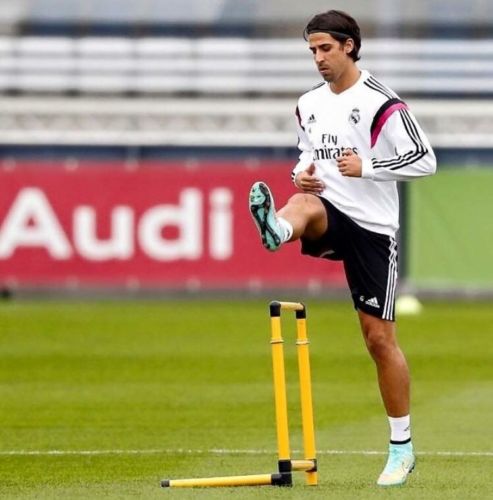 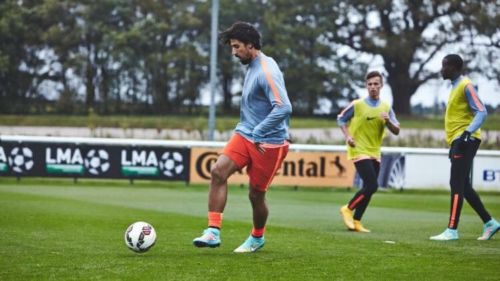 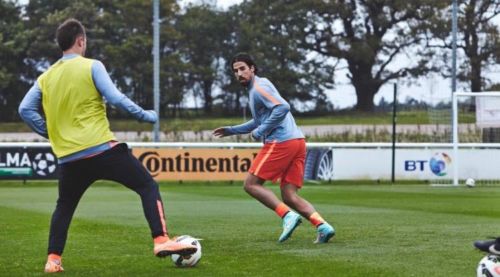 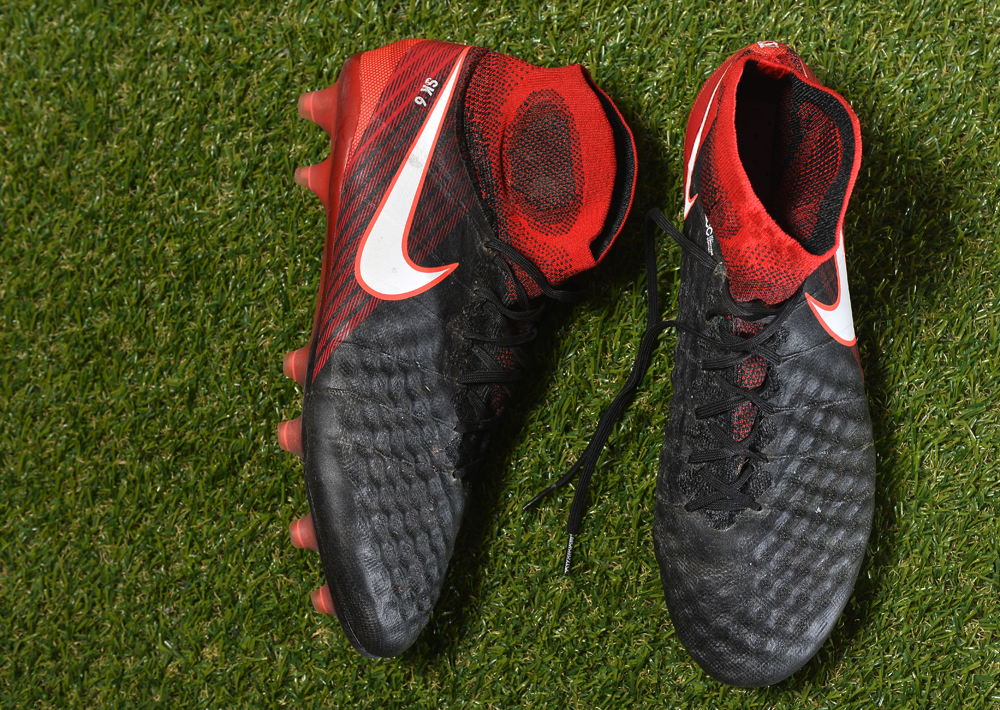 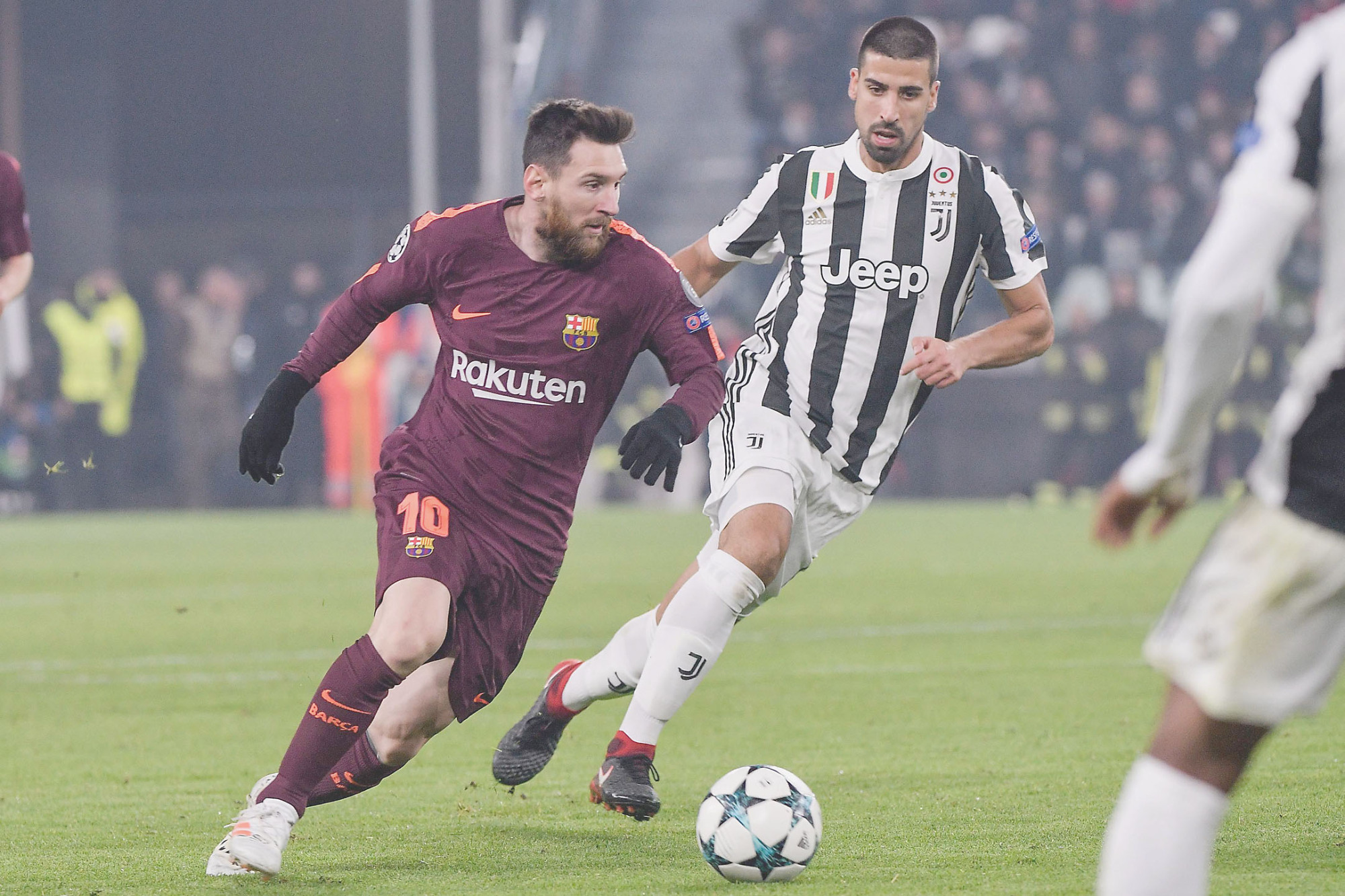 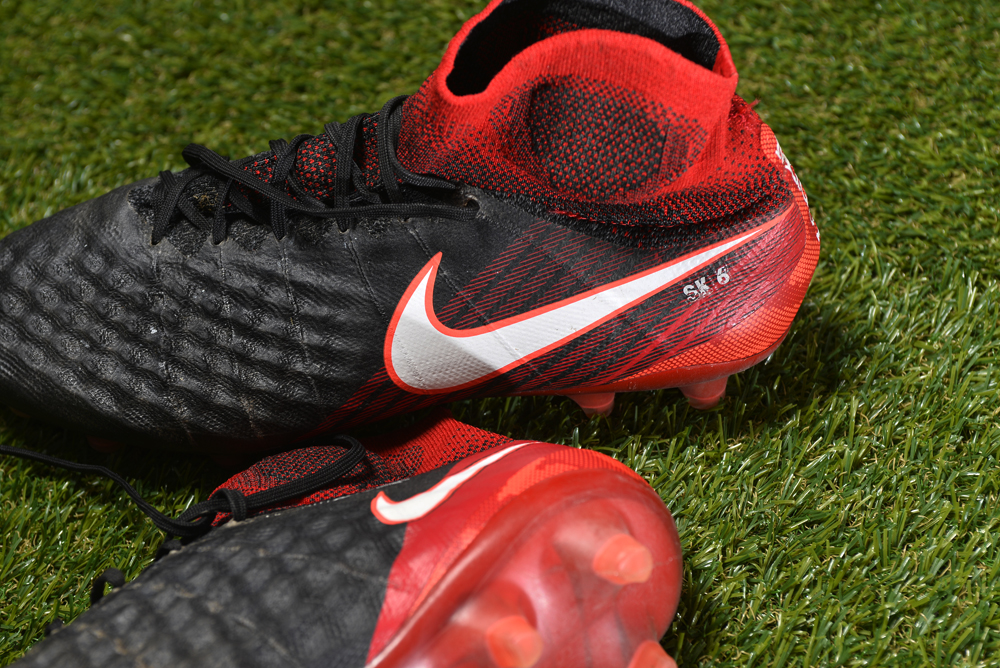 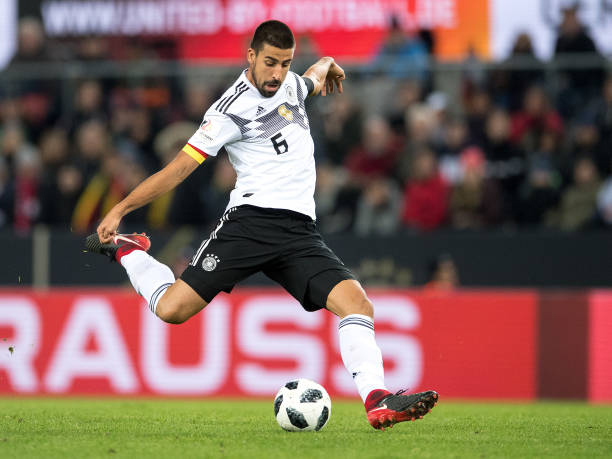 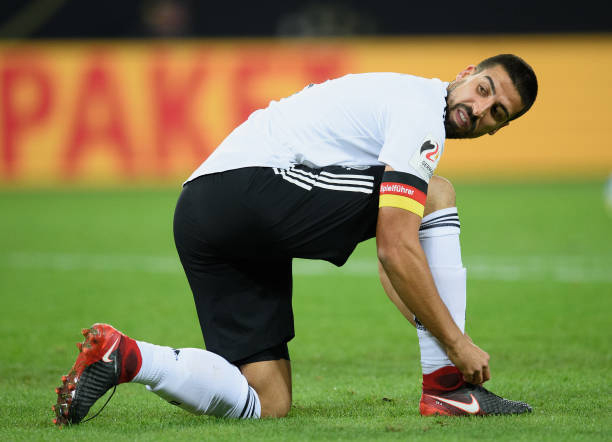 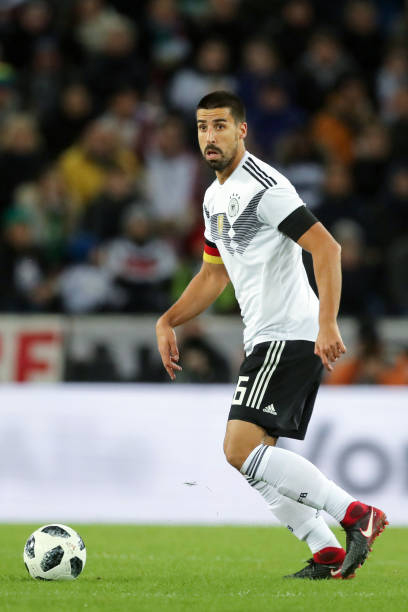 On 9 June 2015, Italian side Juventus announced that Khedira had signed a four-year deal on a free transfer. The move was completed on 1 July, at the start of the 2015–16 season. On 1 August, Khedira was stretchered off the pitch after just 25 minutes while playing in a pre-season friendly match against Marseille with a hamstring injury and was ruled out of the Supercoppa Italiana a week later against Lazio. Two days later Juventus confirmed that it was actually a muscle tear in his right thigh, and that he would be sidelined for approximately two months. He was called back to action on 30 September as he started in a Champions League group stage match in a 2–0 win over Sevilla. On 4 October, Khedira made his Serie A debut, starting and scoring the final goal of a 3–1 home win against Bologna in the 63rd minute. On 20 March 2016, Khedira scored his fourth goal of the league season in a 4–1 win at Torino in the Derby della Mole, but was given a straight red card for dissent later on. On 20 August 2016, Khedira opened the 2016–17 Serie A season with a goal in a 2–1 home win over Fiorentina. A week later he scored the only goal in a 1–0 away win over Lazio in the league. On 22 October 2017, Khedira scored his first career hat-trick in a 6–2 away win over Udinese. On 7 March 2018, Khedira made his 100th appearance for Juventus in a 2–1 win over Tottenham at Wembley Stadium, in the second leg of the round of 16 of the UEFA Champions League, assisting Gonzalo Higuaín’s goal. In September 2018, Khedira signed a new contract with Juventus, which would keep him at the team until 2021. In February 2019 he was ruled out for a month to undergo treatment after it was diagnosed that he suffered from an irregular heartbeat. He returned to action on 6 April, coming as a substitute for his injured compatriot Emre Can in a 2–1 home win over Milan. 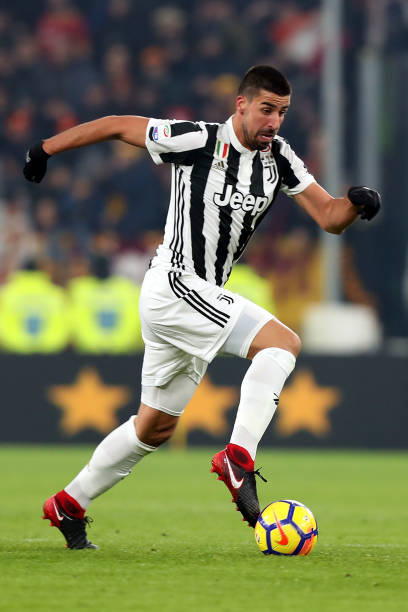 Grosso Grosso2020-12-02T14:30:18+00:00
Page load link
This site uses cookie technology, including third parties' ones. If you want to know more click here. If you access any element of this site outside this banner, you consent to the use of cookies. Ok
Go to Top