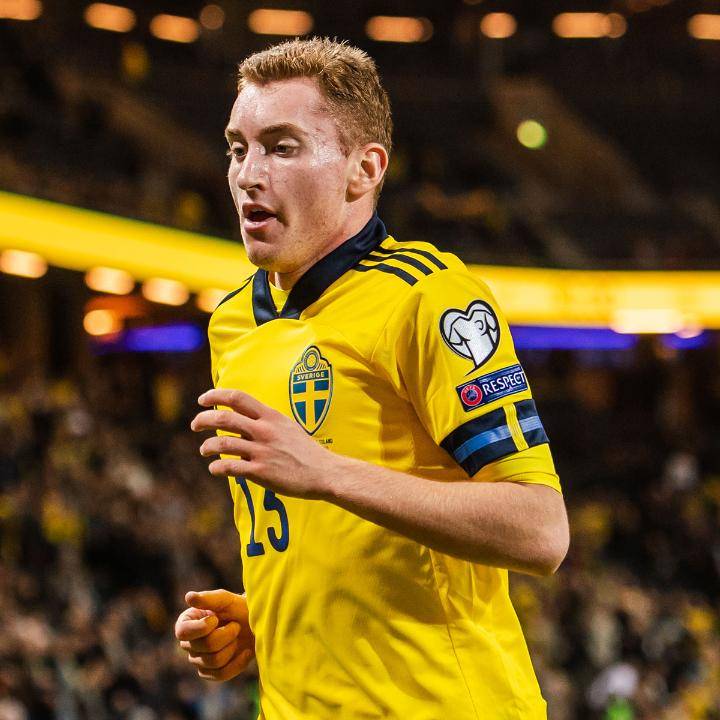 Dejan Kulusevski is a Swedish professional footballer who plays as a winger or midfielder for the Sweden national team. Coming through from the youth system, Kulusevski made his senior debut for Atalanta in 2019, before joining Parma on loan at the beginning of the 2019–20 season. He joined Juventus during the winter transfer window for €35 million, and was sent back to Parma on loan for the rest of the season. Born in Sweden to Macedonian parents, Kulusevski chose to represent his native country internationally at senior level, and made his full debut in 2019. Kulusevski is a quick, physical, and technical player, capable of playing in various midfield and attacking positions. Mainly deployed as a right winger, he can also play as an attacking midfielder, as an offensive–minded central midfielder or “half-winger” (mezzala in Italian), or as a centre-forward. Born in Sweden to Macedonian parents, Kulusevski played for all Swedish youth national teams, as well as the North Macedonia under-16 national team. He was called up to the Sweden national team for the first time in November 2019 for the UEFA Euro 2020 qualifying games against Romania and the Faroe Islands. For the senior national team, Kulusevski has said that his choice of allegiance was ‘an easy one’ since it was always his preference to represent Sweden. Kulusevski made his senior international debut for Sweden on 18 November 2019, coming on as a substitute for Ken Sema in a 3–0 win against the Faroe Islands in the last game of the Euro 2020 qualifying stage. On 8 September 2020 he made his first start for Sweden, playing for 90 minutes before being substituted for Albin Ekdal in a 0–2 loss to Portugal in the 2020–21 UEFA Nations League. 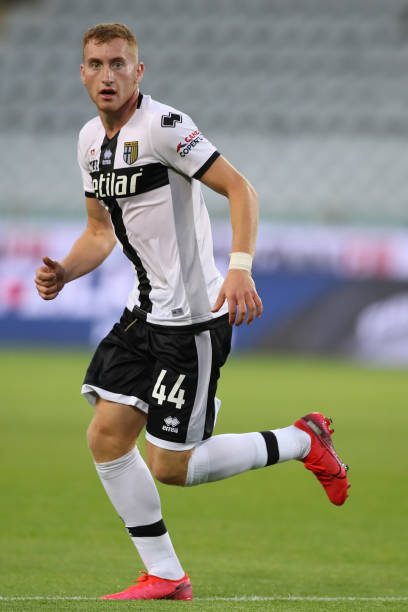 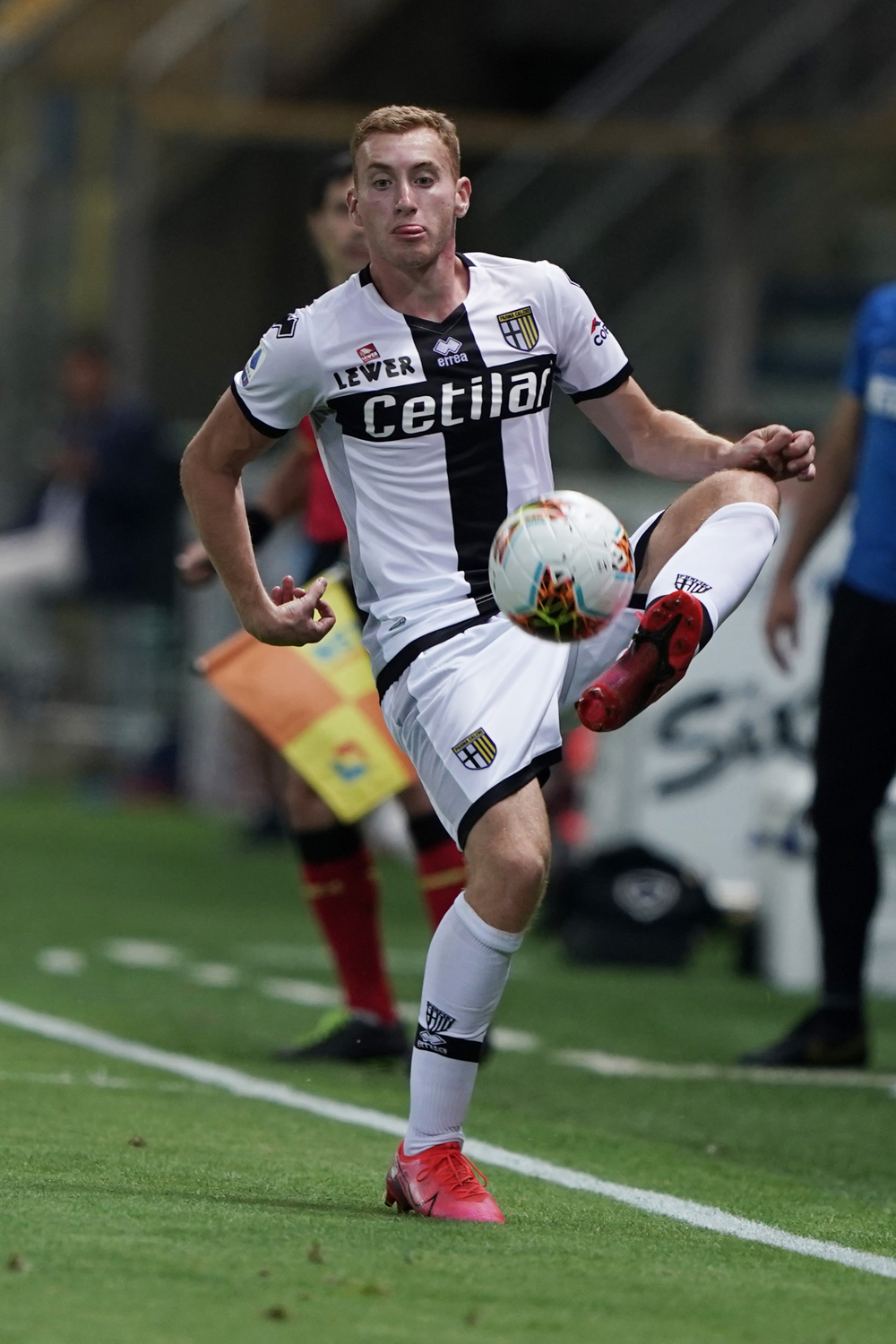 A tall, physically strong, and versatile player, Kulusevski is capable of playing in several midfield and attacking roles, and has been deployed as an attacking midfielder, as a box-to-box midfielder, as a winger on either flank, or even as an offensive-minded central midfielder, known as the mezzala role in Italian (literally “half-winger”); his main position is playing as an attacking midfielder behind the striker. He has also been deployed as a makeshift centre-forward on occasion. His main qualities are his acceleration, speed, stamina, and his ability to switch the play or provide assists and through balls to teammates, courtesy of his vision and passing ability. He also possesses good technique, dribbling skills, and striking ability, which enables him to score goals, in addition to creating chances for teammates. Regarded as a promising and hard-working player in the media, his manager at Parma, Roberto D’Aversa, has compared Kulusevski to Mohamed Salah. He noted how the player “is always among the players who cover the most distance in every game”, and “has the right mentality”. Kulusevski himself named compatriot Zlatan Ibrahimović as an influence. Regarding his own playing style, he commented in a 2019 interview with Sportbladet: “I like to have the ball at my feet. I used to dribble a lot when I was a kid but I have got better at moving the ball more quickly. I have developed my defensive game, that was a weakness before, and that has made me a more complete player.” He has also cited Belgian footballers Kevin De Bruyne and Eden Hazard as players he admires and seeks to emulate. Kulusevski was born in Vällingby, a suburb to Stockholm, and joined the youth academy of IF Brommapojkarna at the age of six. He joined the Atalanta youth system on 7 July 2016 from Brommapojkarna, before making any senior appearance for the club. He made his Serie A debut on 20 January 2019, coming on as a substitute for Marten de Roon in a 5–0 away win against Frosinone. He made a total of three appearances for the club throughout the 2018–19 season, each as a substitute. On 18 July 2019, Kulusevski signed to Serie A club Parma on loan until 30 June 2020. He scored his first Serie A goal in a 3–2 home win against Torino, on 30 September. On 14 December 2019, Kulusevski scored his fourth league goal, against Napoli; he became the youngest player in the top five leagues in Europe to have scored more than three goals to date. He was also one of two players born after 1 January 1999, alongside Jadon Sancho, to have made at least seven assists in the top five European leagues. Following his form while on loan with Parma during the first part of the 2019–20 Serie A season, during which he scored four goals and provided seven assists in 17 league appearances, on 2 January 2020, Kulusevski joined fellow Serie A club Juventus on a four-and-a-half year deal, for €35 million, which could possibly rise to €44 million with variables. 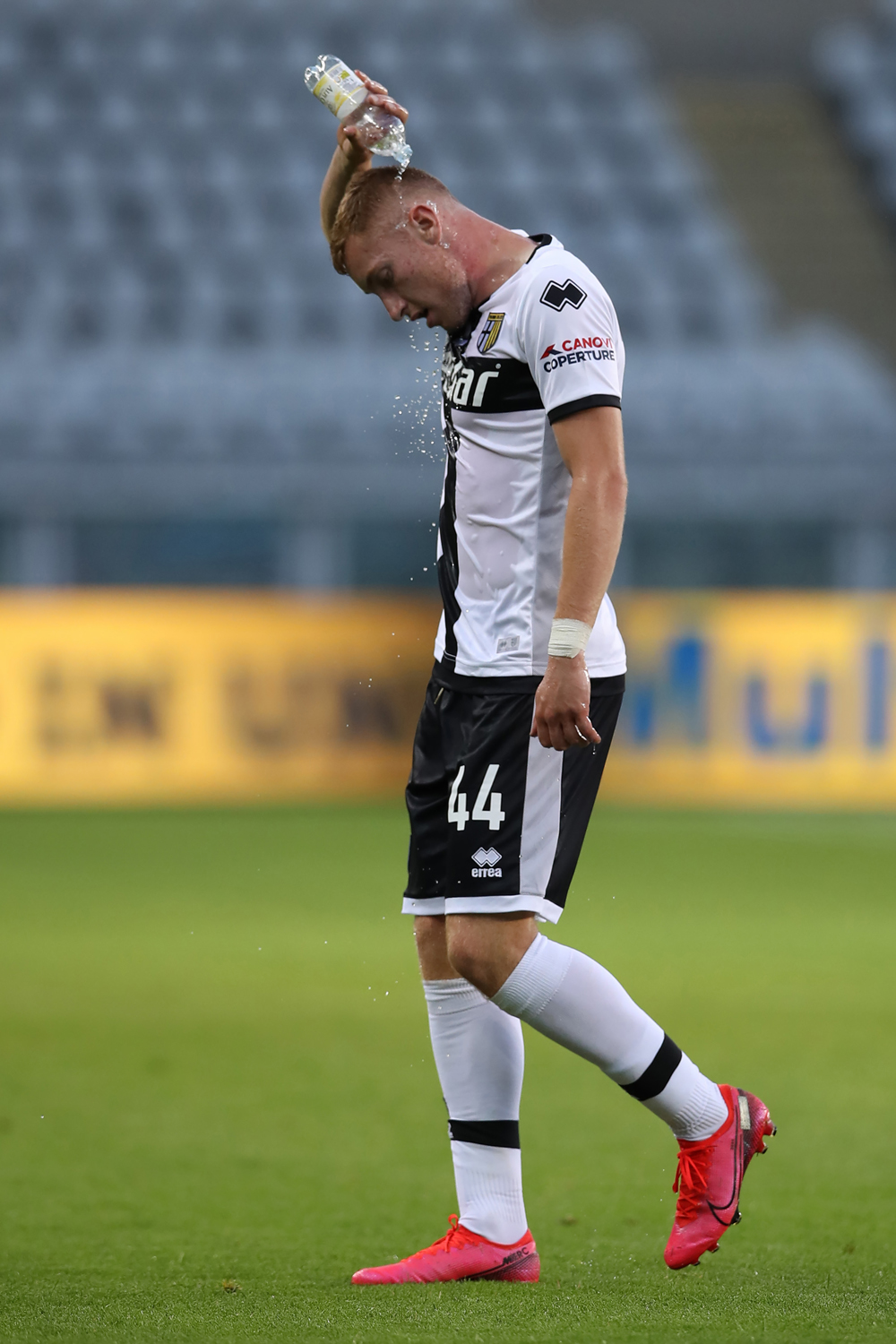 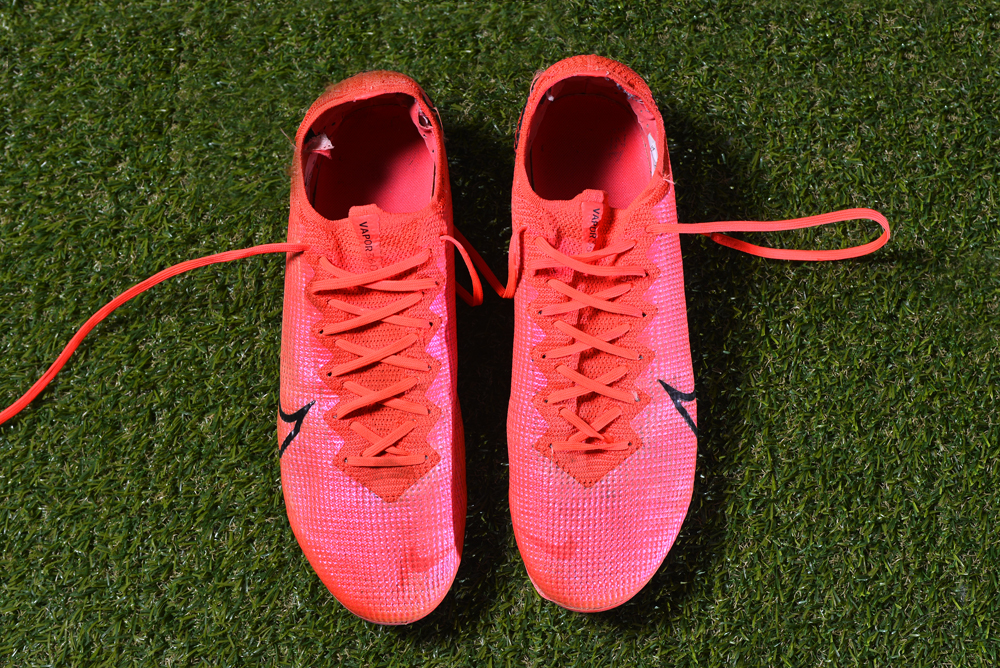 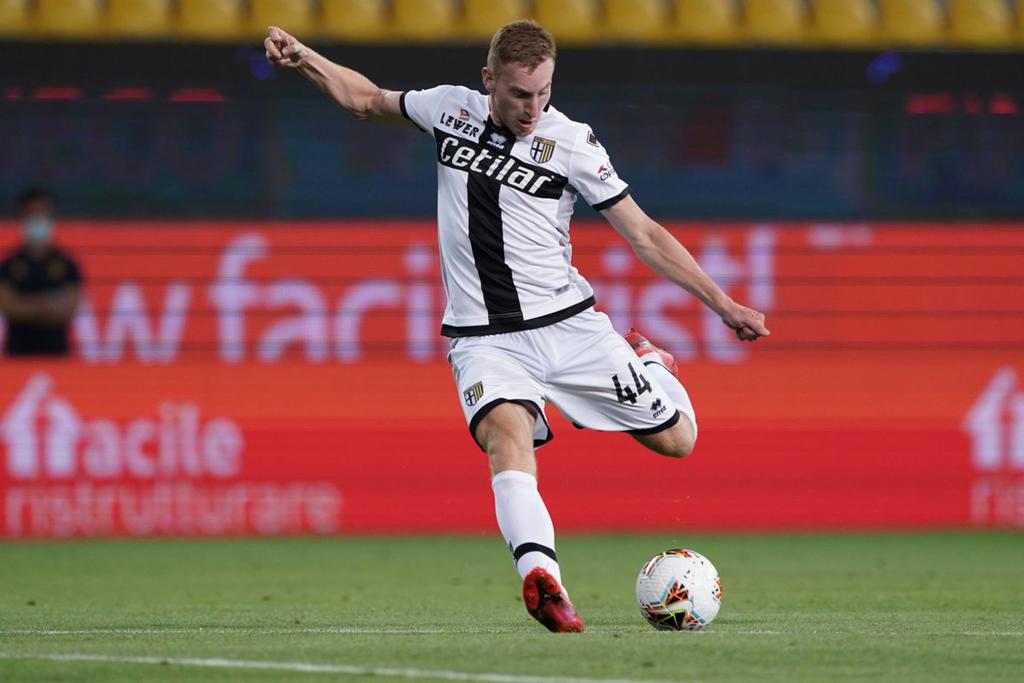 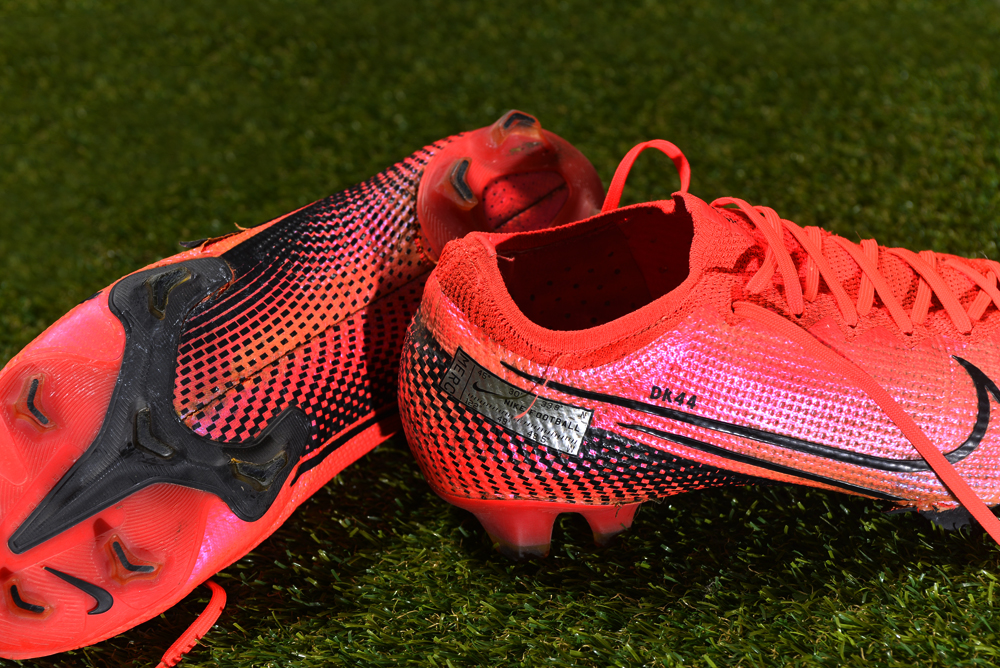 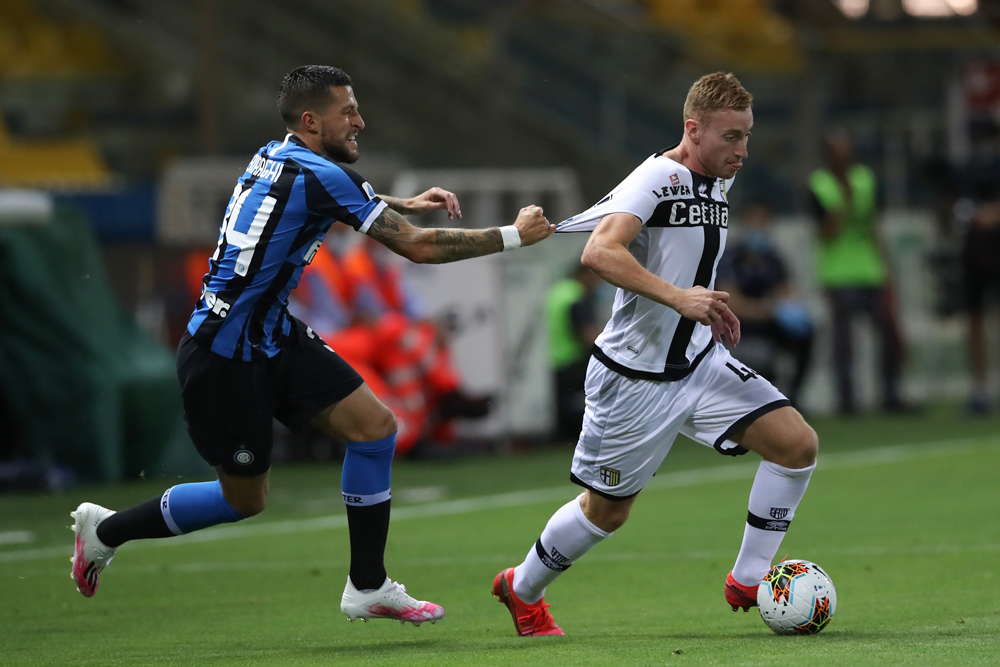 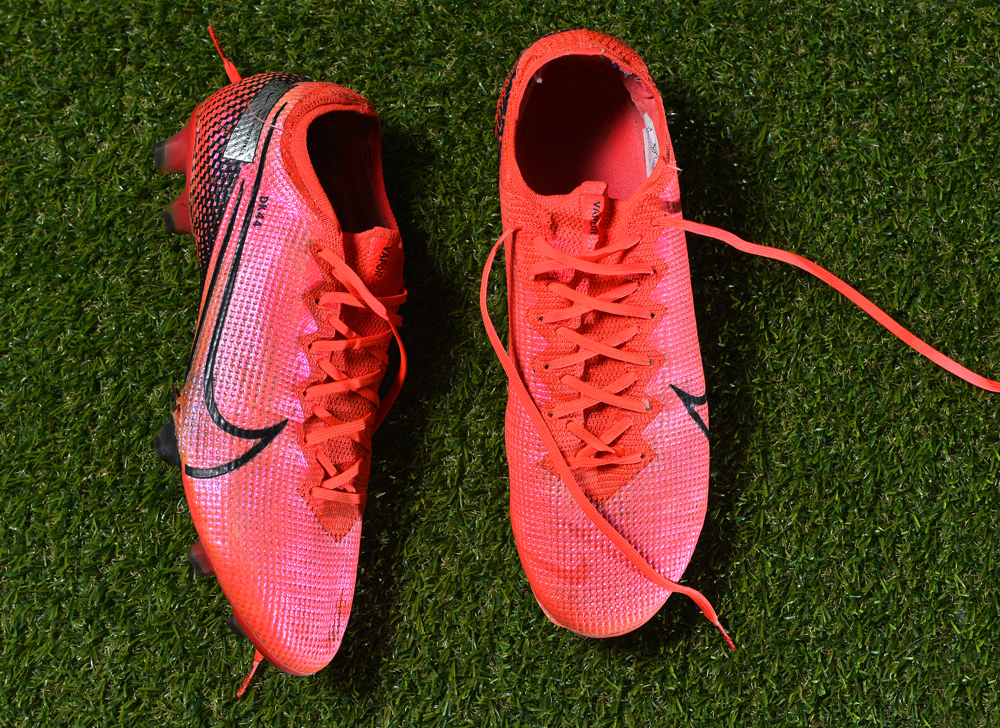 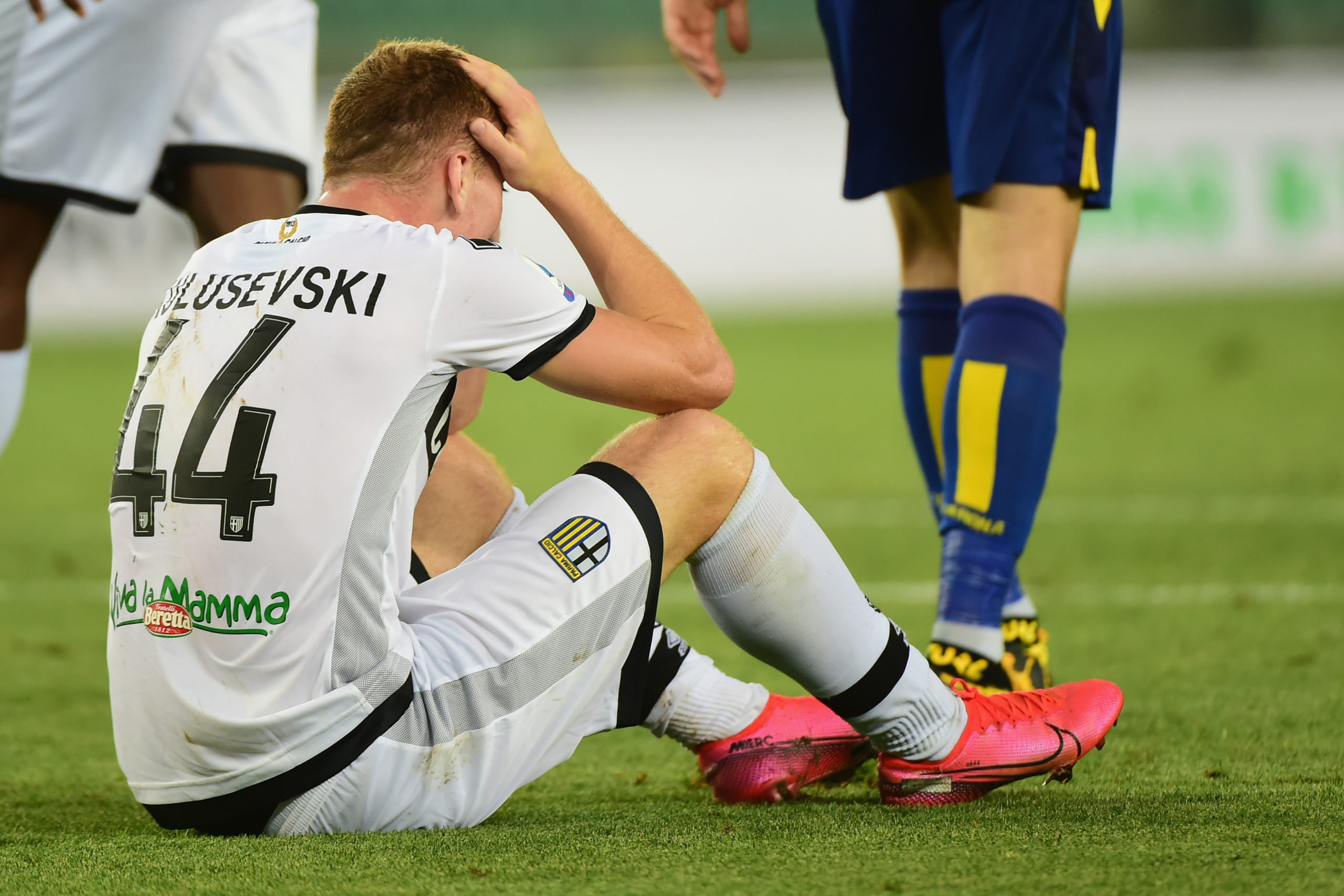 Grosso Grosso2020-11-15T15:45:01+00:00
Page load link
This site uses cookie technology, including third parties' ones. If you want to know more click here. If you access any element of this site outside this banner, you consent to the use of cookies. Ok
Go to Top