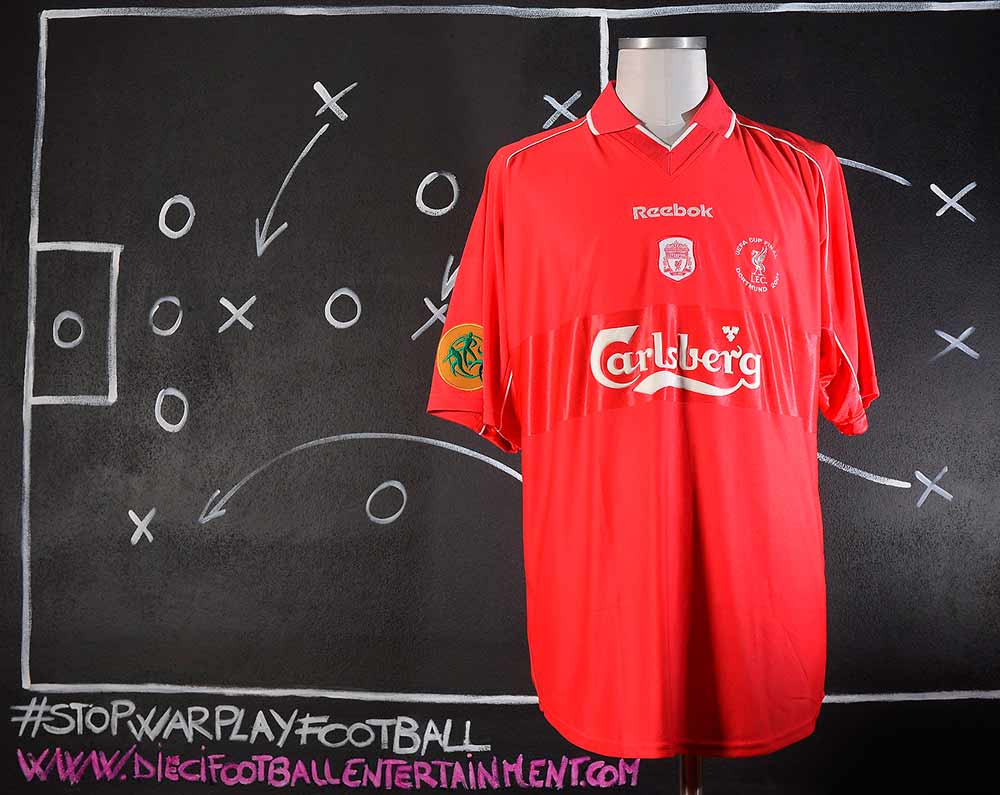 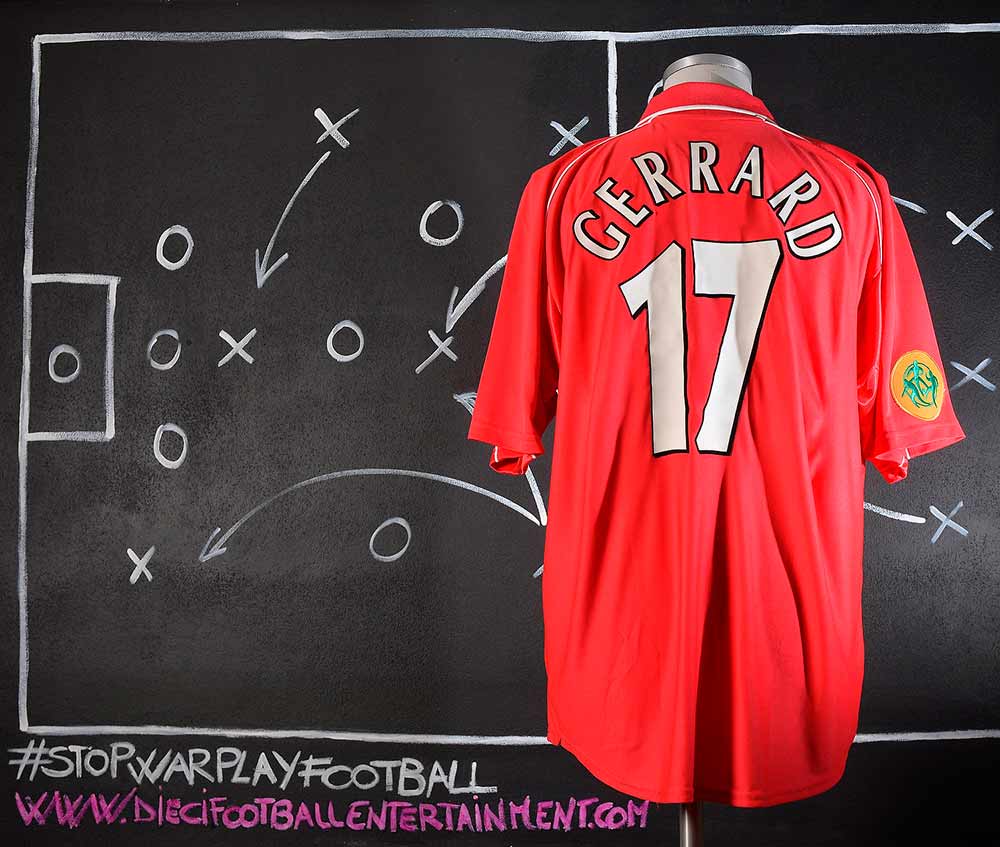 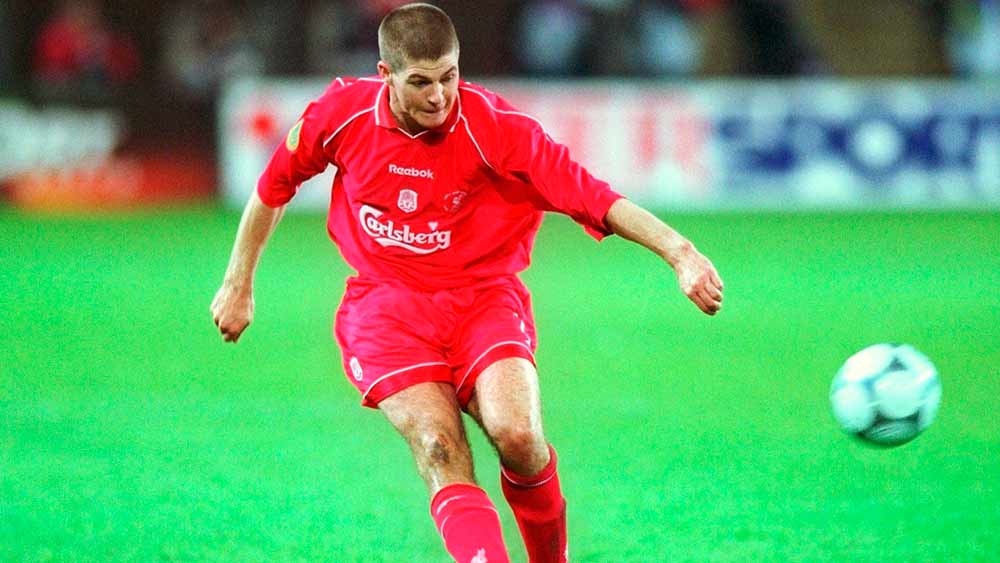 The 2001 UEFA Cup Final was a football match between Liverpool of England and Alavés of Spain on 16 May 2001 at the Westfalenstadion in Dortmund, Germany. The showpiece event was the final match of the 2000–01 edition of Europe’s secondary cup competition, the UEFA Cup. Liverpool were appearing in their third UEFA Cup final, after their appearances in 1973 and 1976. It also represented the first European final they reached since being banned from Europe following the Heysel Stadium disaster. Alavés were appearing in their first European final. Watched by a crowd of 48,050, Liverpool took an early lead when Markus Babbel scored in the fourth minute. They extended their lead in the 16th minute when Steven Gerrard scored. Midway through the first half, Iván Alonso scored to bring Alavés within a goal of levelling the match. A few minutes before the end of the first half, Liverpool went 3–1 up when Gary McAllister scored from the penalty spot. Minutes after the start of the second half, Javi Moreno scored twice to level the match at 3–3. Liverpool went in front again in the 76th minute when Robbie Fowler scored. With a minute remaining in the match, Alavés equalised thanks to Jordi Cruyff. The match went into extra time, with the first half goalless. With the match heading for a penalty shoot-out, Delfí Geli headed into his own net; as a result, Liverpool won on the golden goal rule. The victory meant Liverpool completed a Treble of Football League Cup, FA Cup and UEFA Cup. 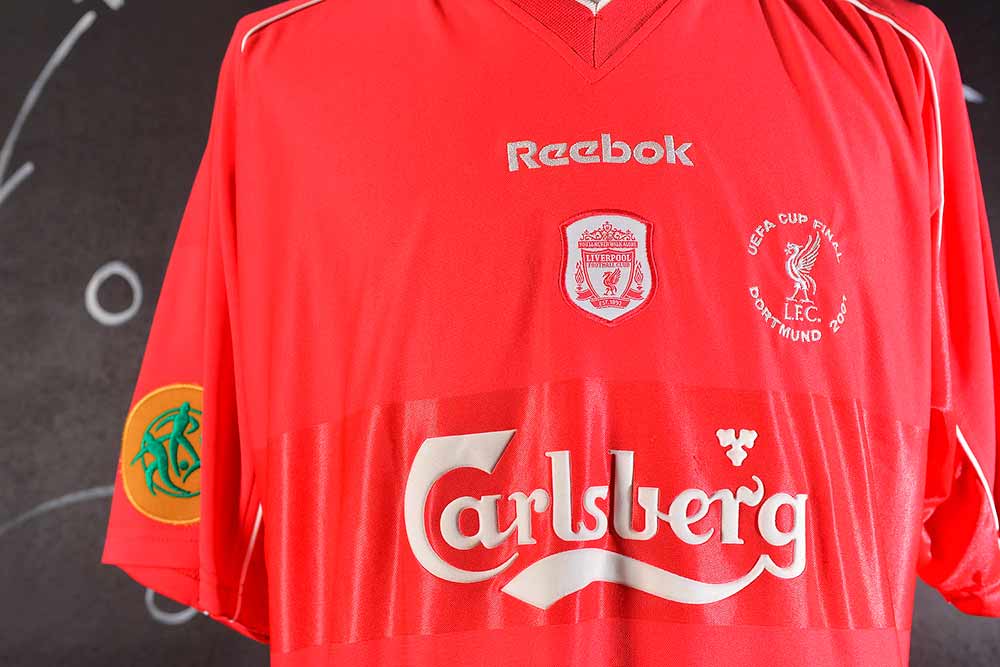 Born and raised in Whiston, Merseyside, Gerrard joined the Liverpool Academy at age 9, after being noticed by scouts. At age 17, he signed his first professional contract with Liverpool and made his senior debut a year later in 1998. In the 2000-01 season, Gerrard helped Liverpool secure a treble of the League Cup, the UEFA Cup and the FA Cup. In this season he made fifty starts in all competitions and scored ten goals as he won his first major honours with Liverpool – the FA Cup, Football League Cup, and the UEFA Cup. Gerrard was also voted PFA Young Player of the Year for his key part in one of the most successful season’s in Liverpool’s 109-year history. 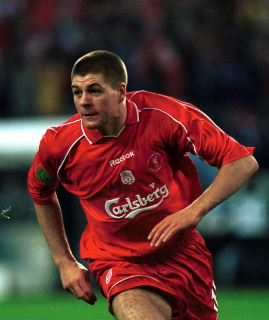 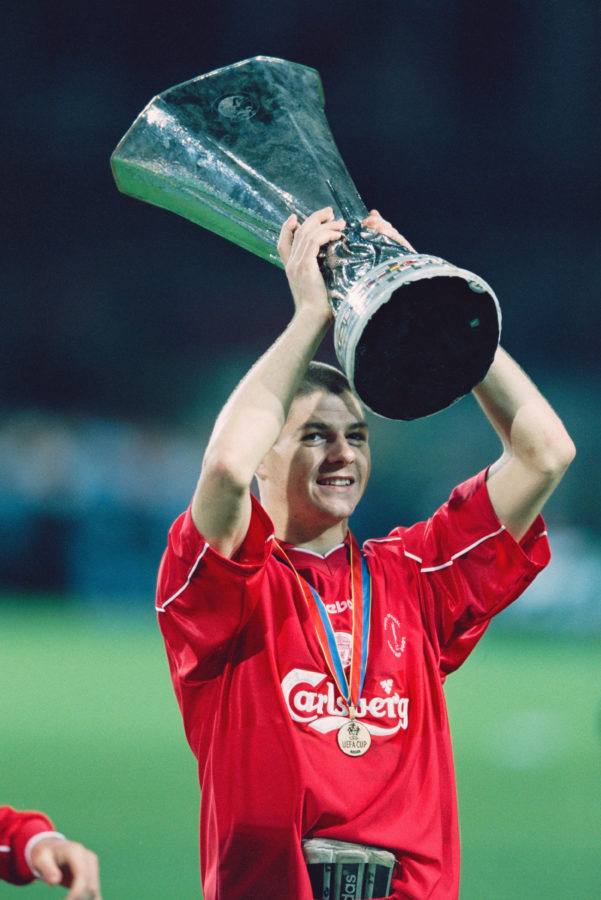 In the 2000/2001 season Liverpool enjoyed its best season for years when they completed a unique treble of cup competitions and ended Gérard Houllier’s three-year wait to bring silverware to Anfield. The team won the League Cup, UEFA Cup and FA Cup treble. 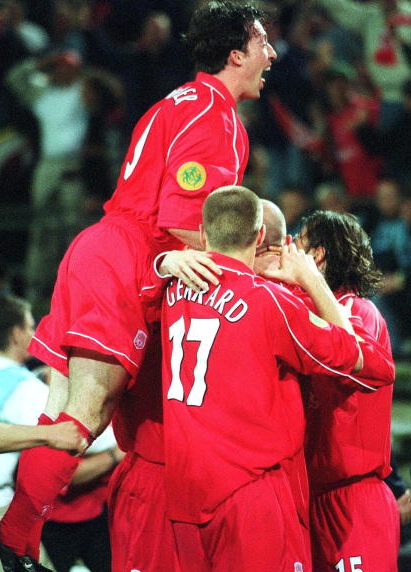 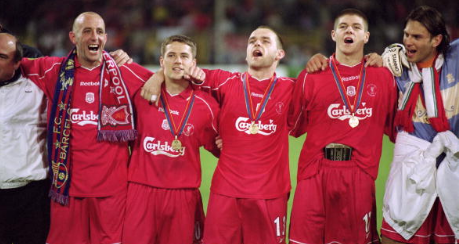 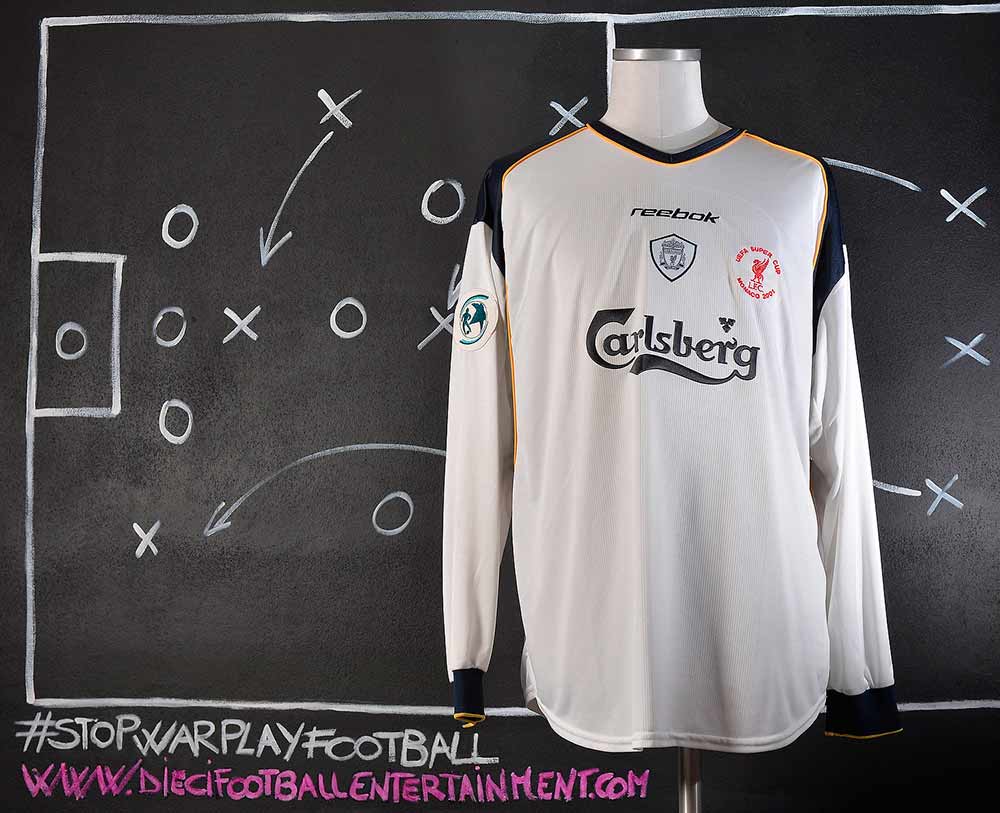 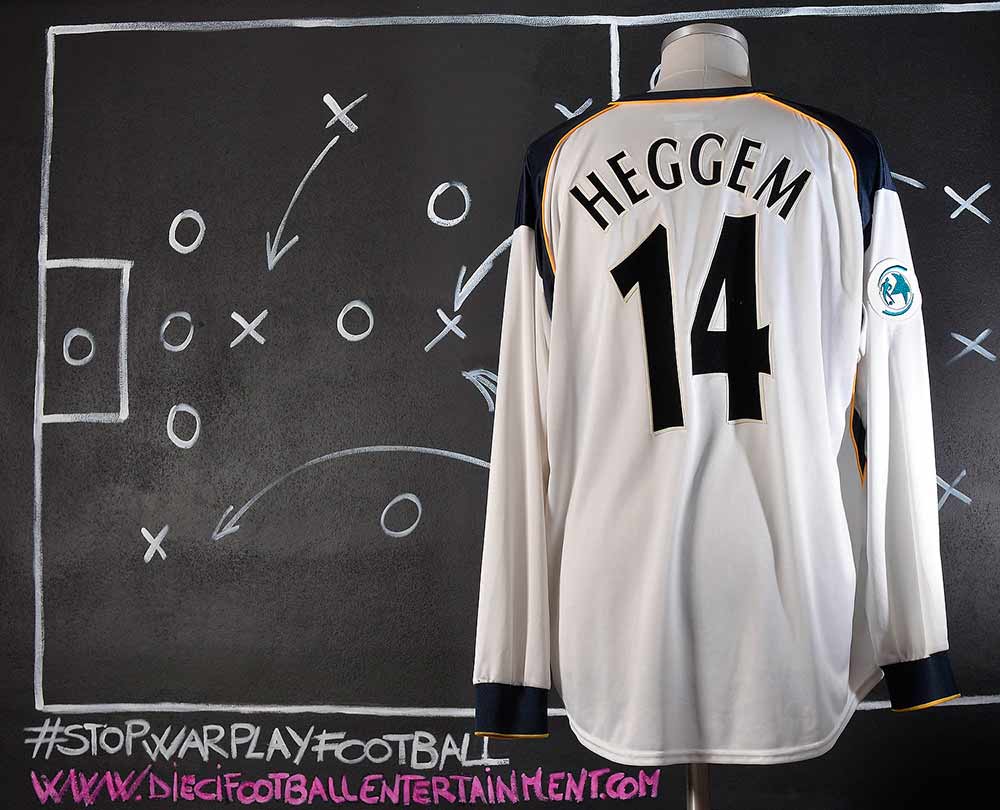 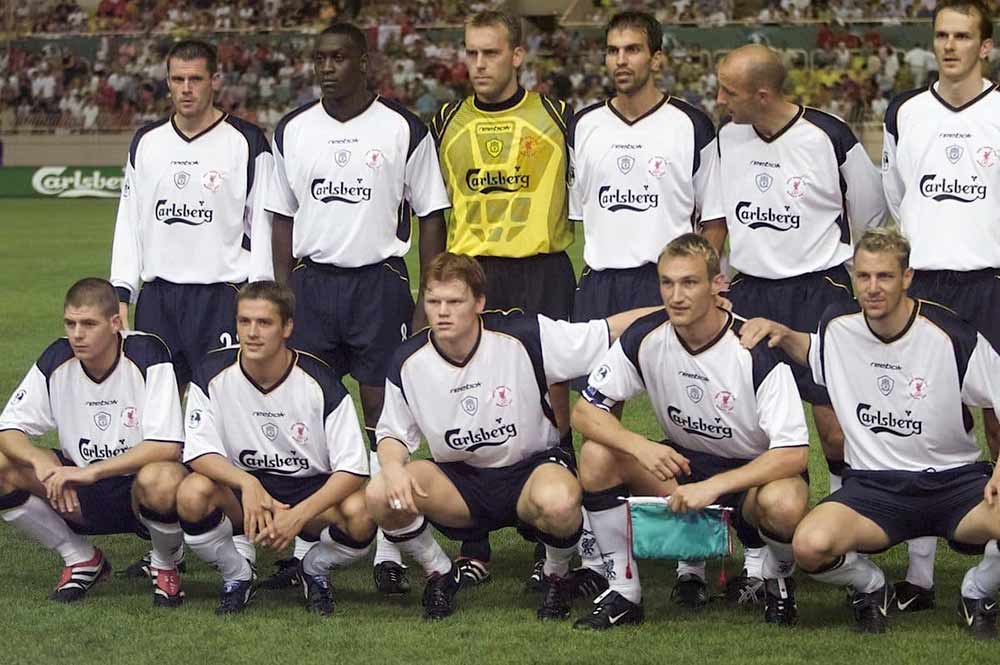 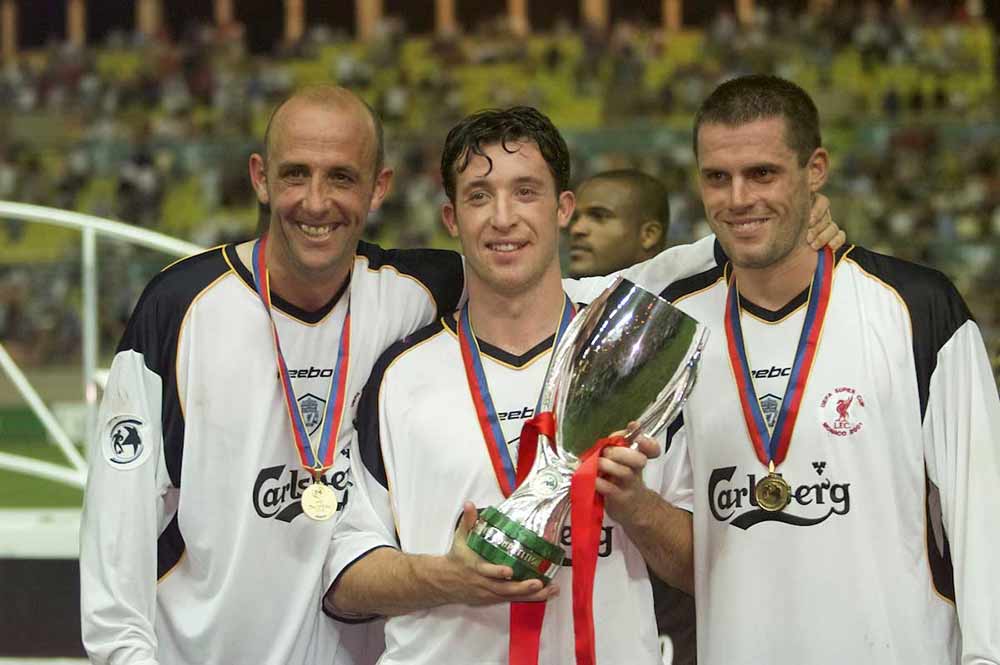 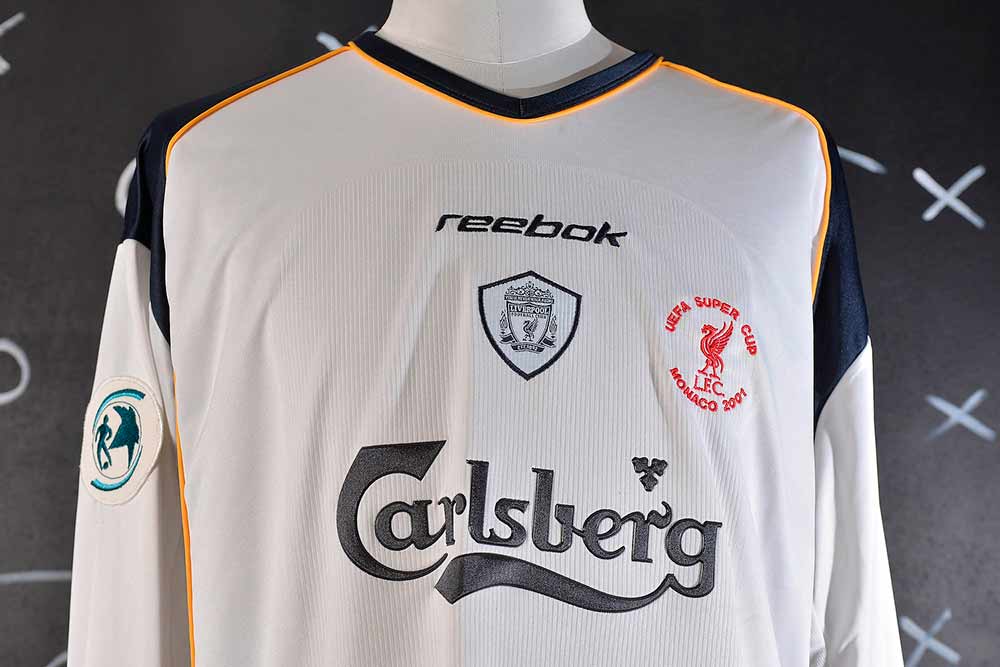 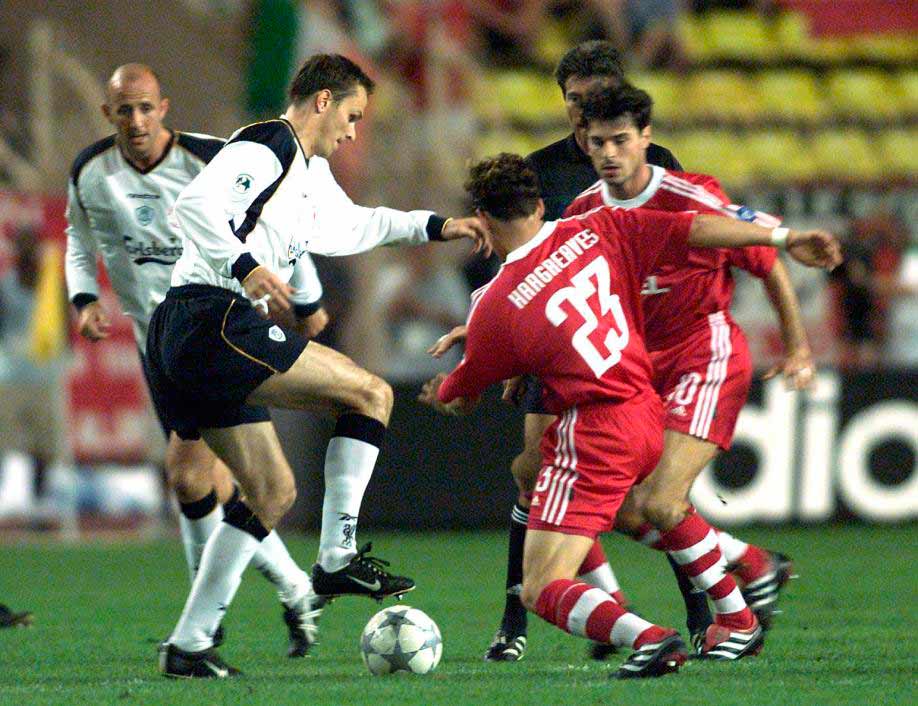 Heggem transferred to Liverpool for £3.5 million after the Fifa World Cup “FRANCE 98”. His first two seasons at Anfield were splendid, but he was unfortunately plagued by hamstring injuries. Heggem was the player substituted when Steven Gerrard made his Premier League debut for the club on 29 November 1998 in a 2–0 win over Blackburn Rovers. Heggem is currently the owner and manager of the salmon fishing business Aunan Lodge on the river Orkla in Sør-Trøndelag. He is also an official patron of A.F.C. Liverpool, an independent football club owned and run by Liverpool supporters. He is also a regular at Liverpool home matches, and was also at the 2005 UEFA Champions League Final in Istanbul.

The 2001 UEFA Super Cup was a football match between German team Bayern Munich and English team Liverpool on 24 August 2001 at Stade Louis II, the annual UEFA Super Cup contested between the winners of the UEFA Champions League and UEFA Cup. Bayern were appearing in the Super Cup for the third time, their two previous appearances in 1975 and 1976 had ended in defeat. Liverpool were appearing in their fourth Super Cup, they won the competition in 1977, and lost twice in 1978 and 1984. The teams had qualified for the competition by winning the two seasonal European competitions. Both Bayern and Liverpool beat Spanish teams in the finals of the competitions. Bayern won the 2000–01 UEFA Champions League, defeating Valencia 5–4 in a penalty shoot-out after the match had finished 1–1. Liverpool won the 2000–01 UEFA Cup, beating Alavés5–4. Watched by a crowd of 13,824, Liverpool took the lead in the first half when John Arne Riise scored. Liverpool extended their lead before half-time when Emile Heskey scored. Liverpool scored immediately after the start of the second half to lead the match 3–0 after Michael Owen scored. Hasan Salihamidžić and Carsten Jancker scored in the second half, but Liverpool held out until the end of the match to win 3–2, their second Super Cup win. 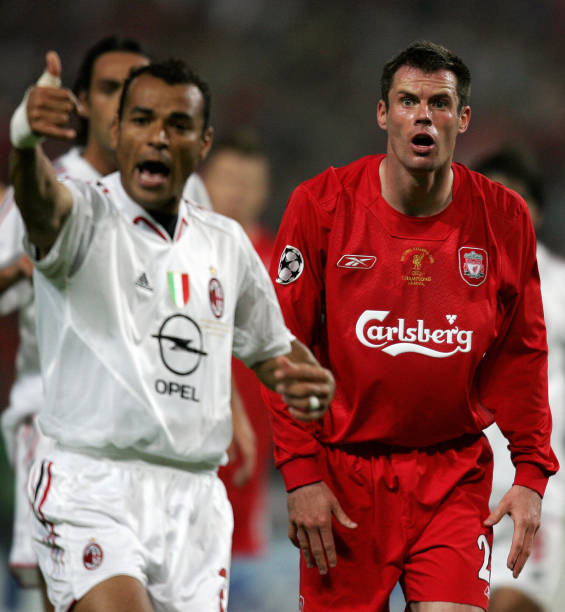 This shirt was issued for Jamie Carragher for the Champions League Final 2004. The shirt is issued because the player decided to play the final with a long sleeves shirt. The 2004–05 season proved to be a career-defining one for Carragher. New manager Rafael Benítez moved him to centre-half, where he would manage 56 appearances all season alongside Sami Hyypiä. Carragher developed a reputation as a strong and positionally astute defender and would remain in the centre-half position for the rest of his career. This season saw Carragher prove central to Liverpool’s triumph in the UEFA Champions League, in particular when he made two vital last-ditch intercepts in the Final in extra-time whilst suffering from cramp. Carragher was subsequently awarded the Liverpool Player of the Year Award at the end of the campaign, and went on to captain the team to their UEFA Super Cup victory over CSKA Moscow. Carragher was nominated for football’s most prestigious individual accolade, the Ballon d’Or, in 2005. 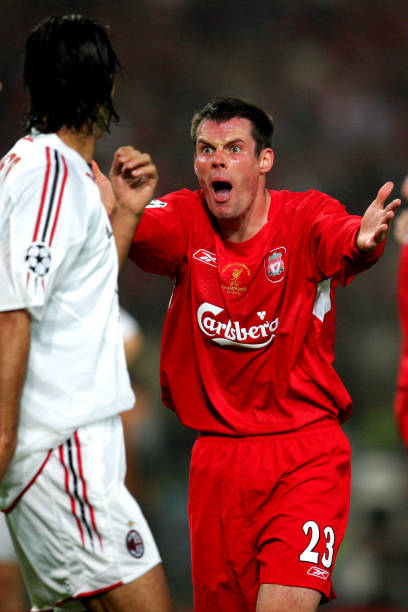 The 2005 UEFA Champions League Final was the final match of the 2004–05 UEFA Champions League, Europe’s primary club football competition. The showpiece event was contested between Liverpool of England and Milan of Italy at the Atatürk Stadium in Istanbul, Turkey on 25 May 2005. Liverpool, who had won the competition four times, were appearing in their sixth final, and their first since 1985. Milan, who had won the competition six times, were appearing in their second final in three years and tenth overall. Each club needed to progress through the group stage and knockout rounds to reach the final, playing 12 matches in total. Liverpool finished second in their group behind 2004 runners-up AS Monaco and subsequently beat Bayer Leverkusen, Juventus and Chelsea to progress to the final. Milan won their group ahead of Barcelona and faced Manchester United, Internazionale and PSV Eindhoven before reaching the final. Milan were regarded as favourites before the match and took the lead within the first minute through captain Paolo Maldini. Milan striker Hernán Crespo added two more goals before half-time to make it 3–0. In the second half Liverpool launched a comeback and scored three goals in a dramatic six-minute spell to level the scores at 3–3, with goals from Steven Gerrard, Vladimír Šmicer and Xabi Alonso. The scores remained the same during extra time, and a penalty shoot-out was required to decide the champions. The score was 3–2 to Liverpool when Andriy Shevchenko’s penalty was saved by Liverpool goalkeeper Jerzy Dudek. Thus Liverpool won their fifth European Cup, were awarded the trophy permanently, and claimed a multiple-winner badge. Liverpool’s comeback gave rise to the final being known as the Miracle of Istanbul, and is regarded as one of the greatest finals in the history of the tournament. 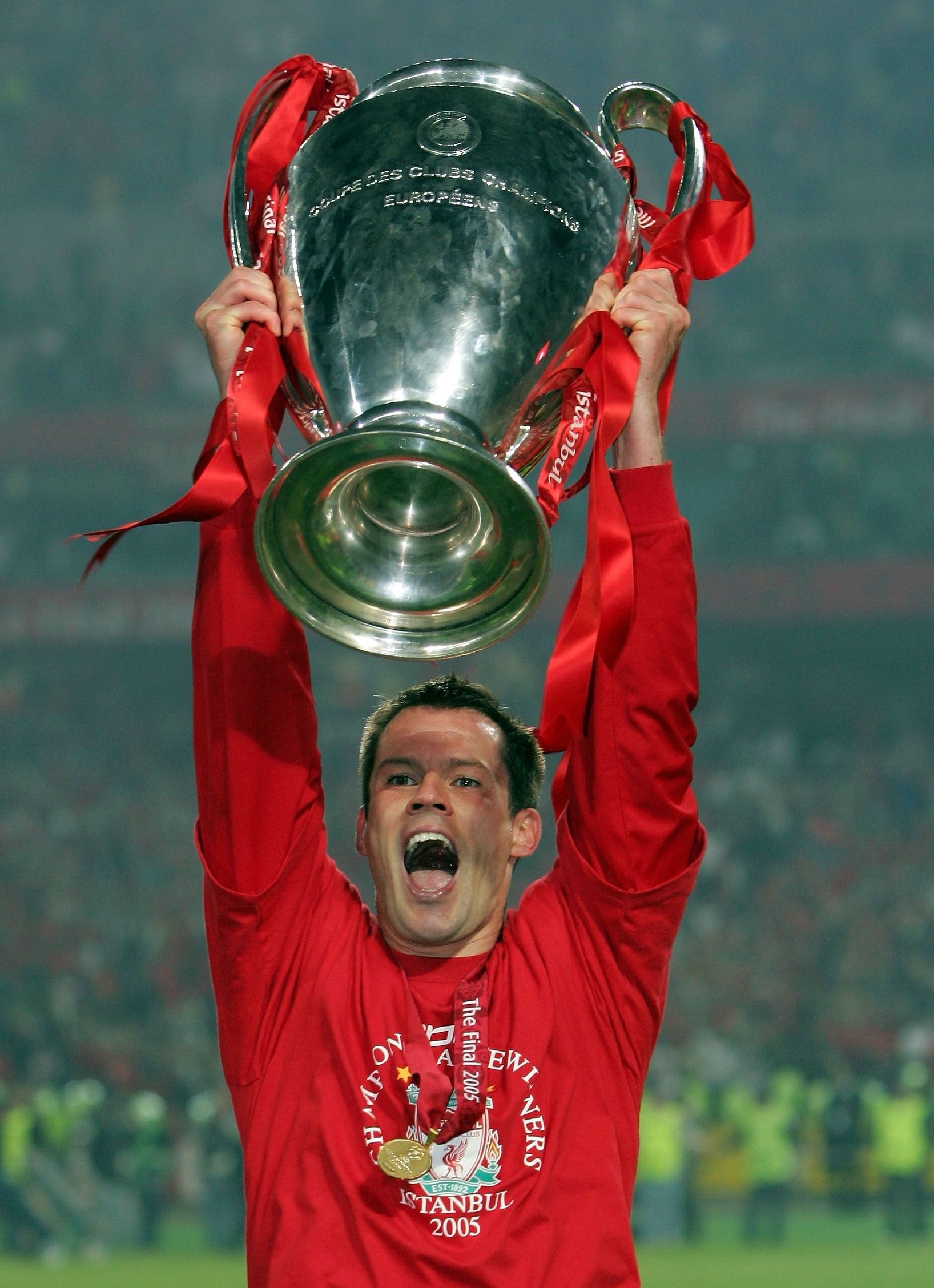 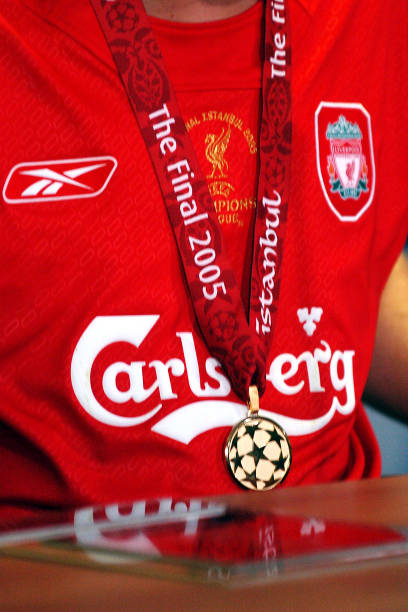 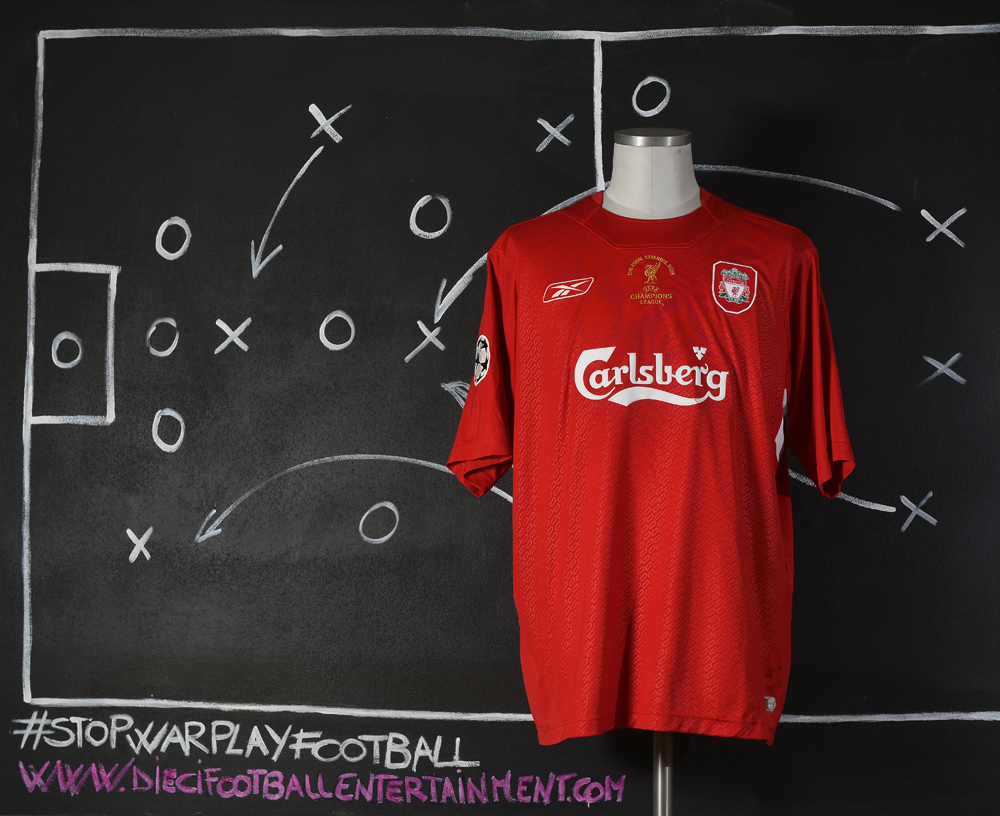 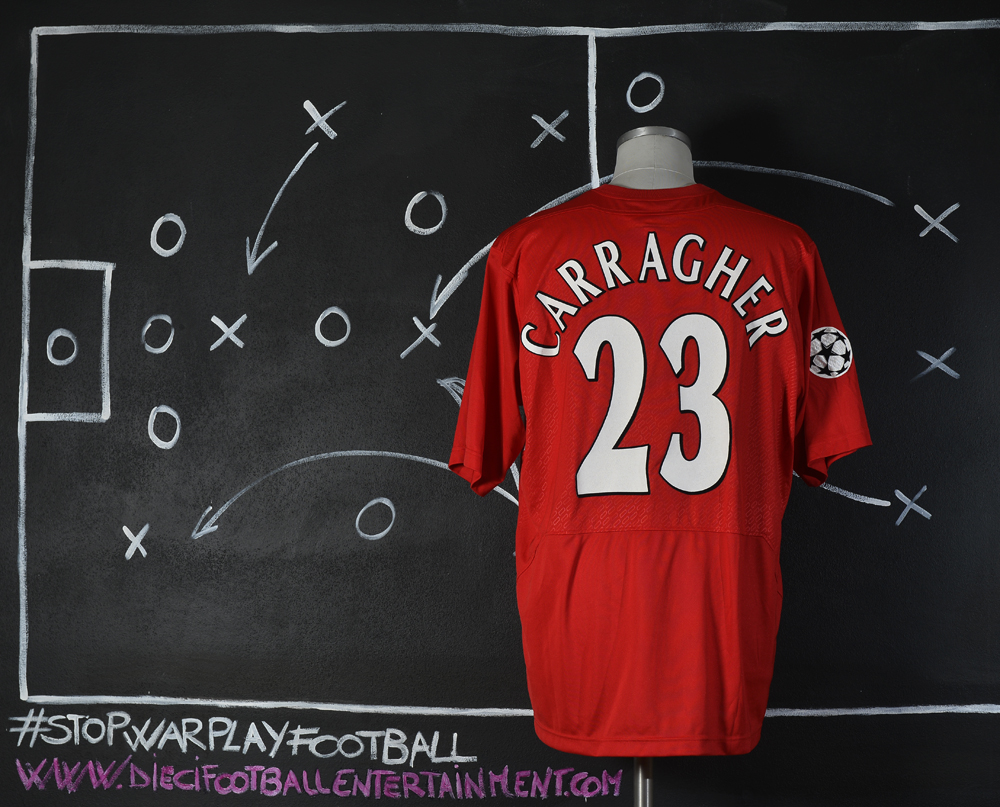 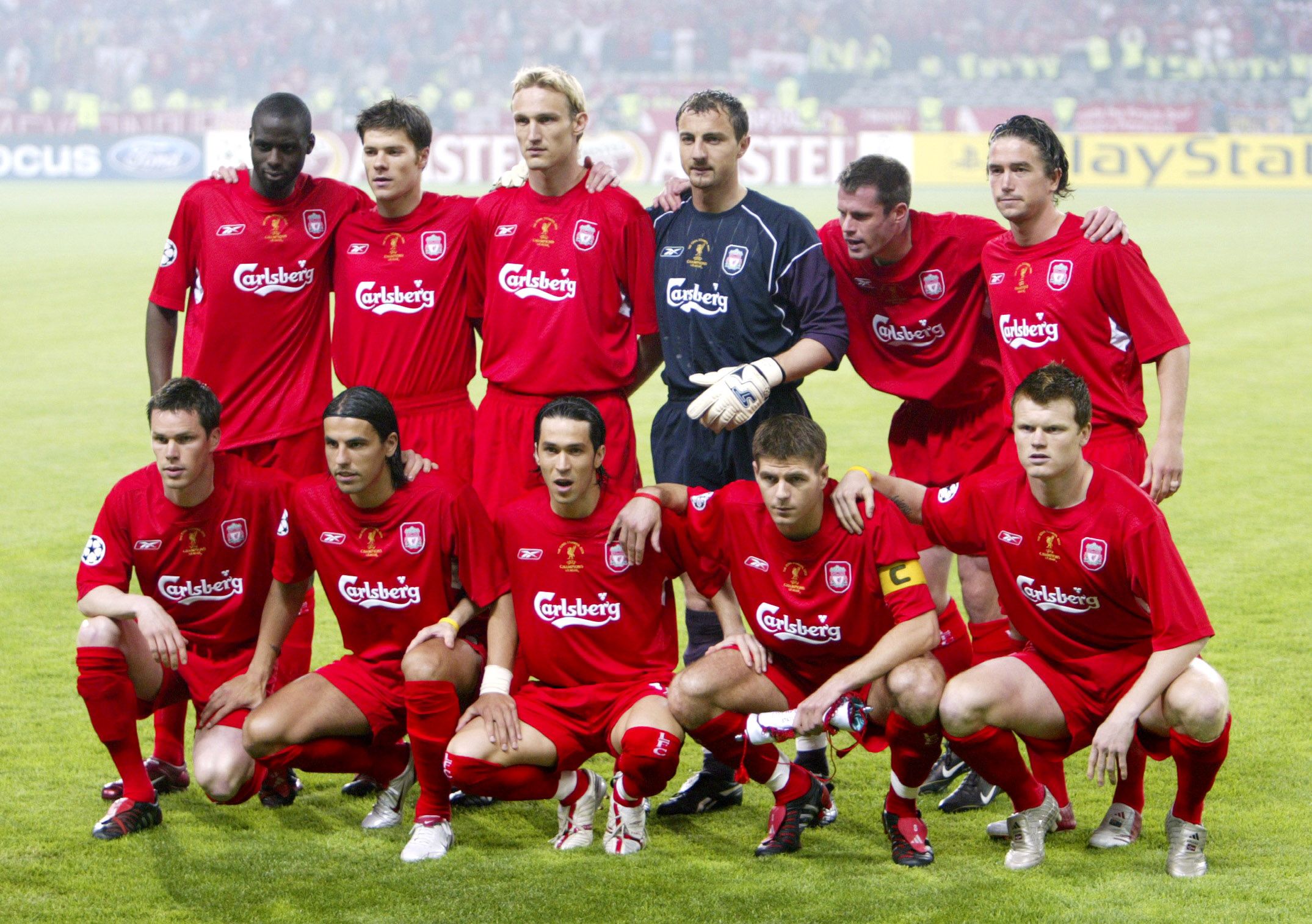 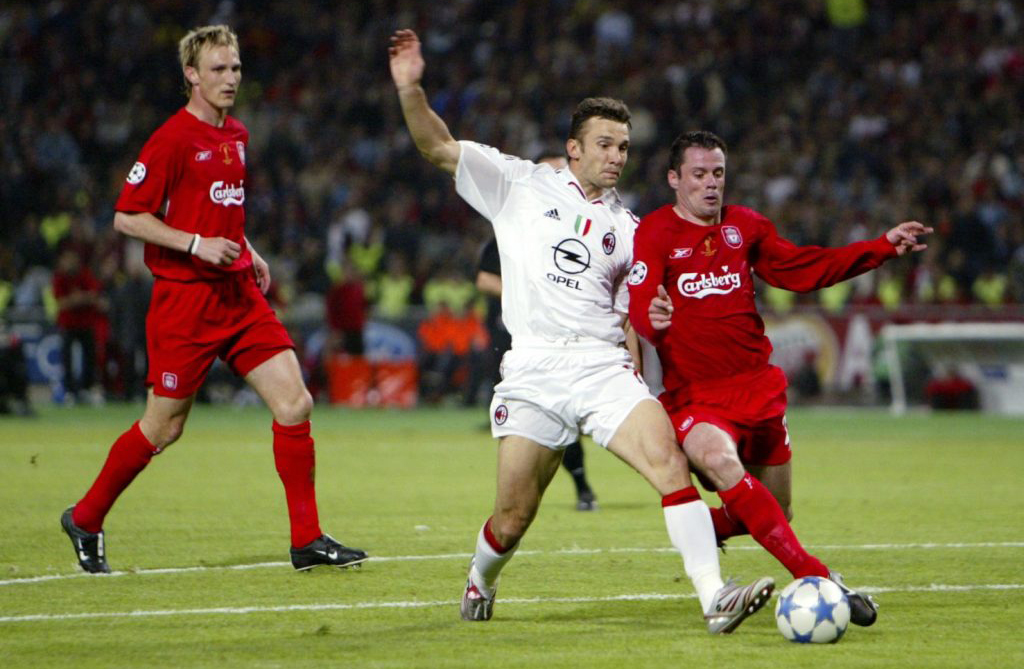 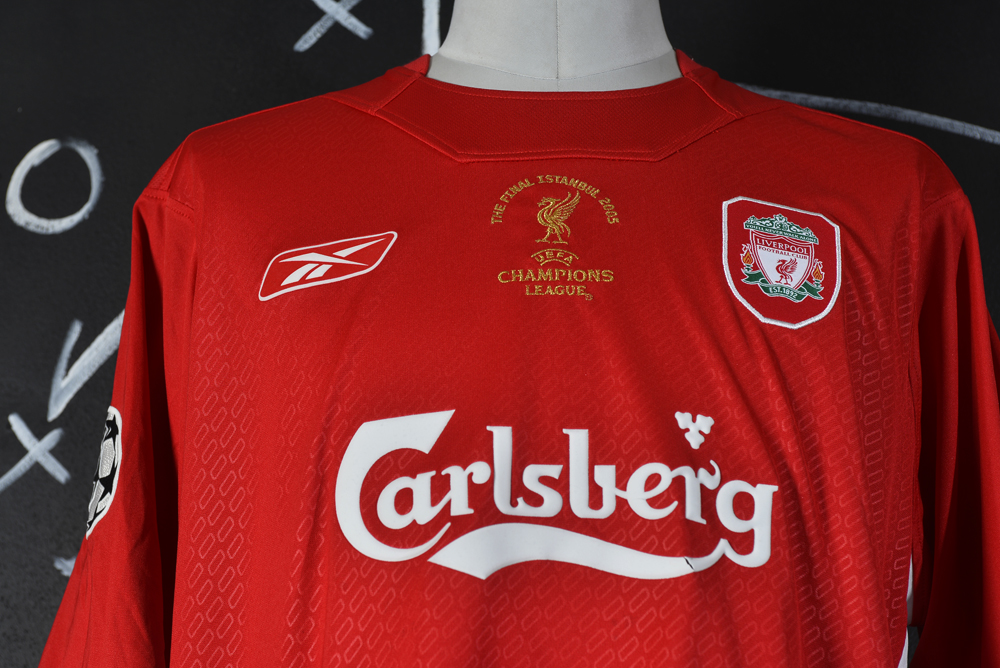 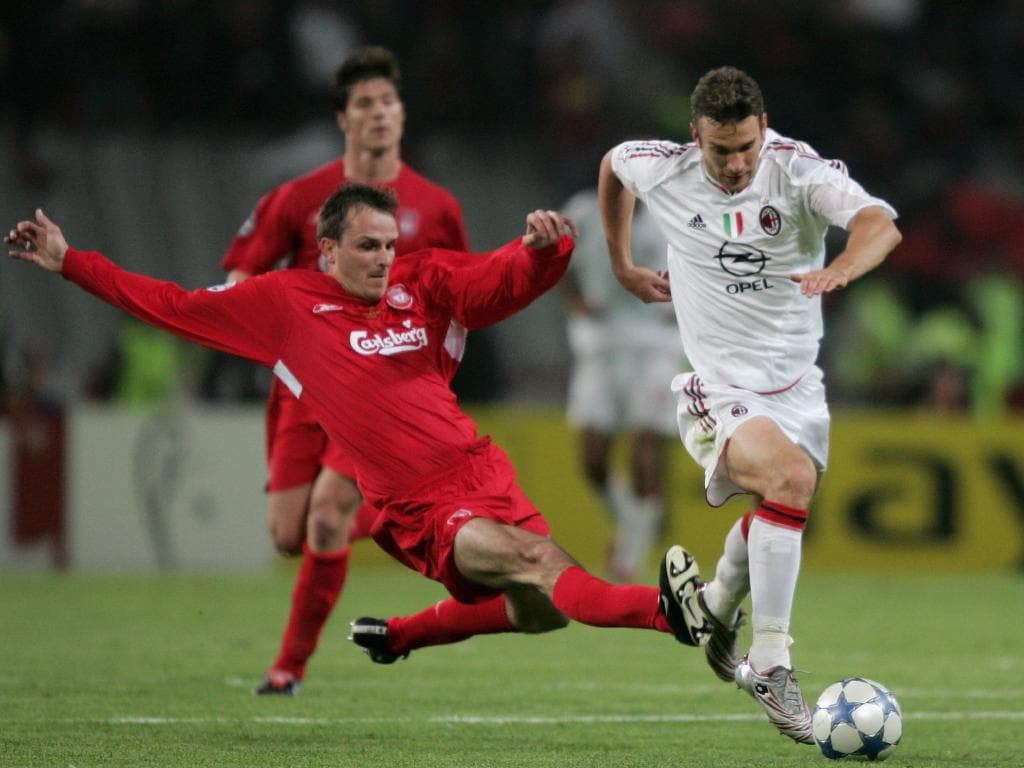 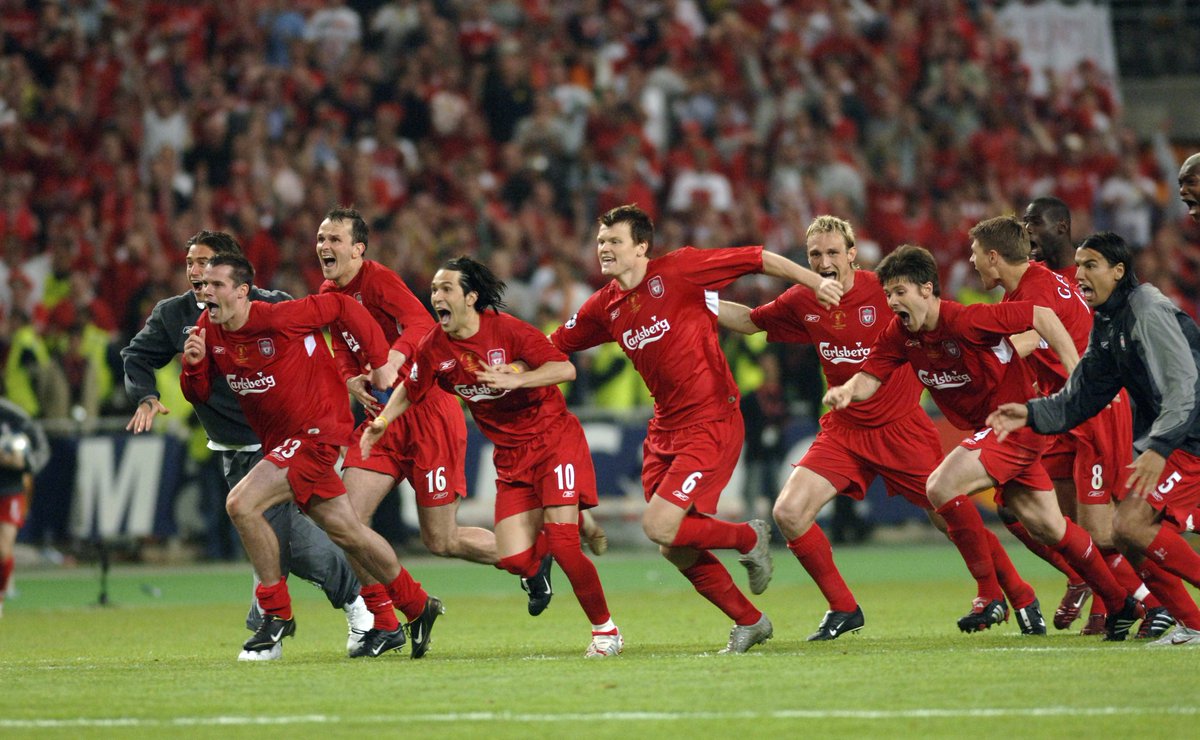 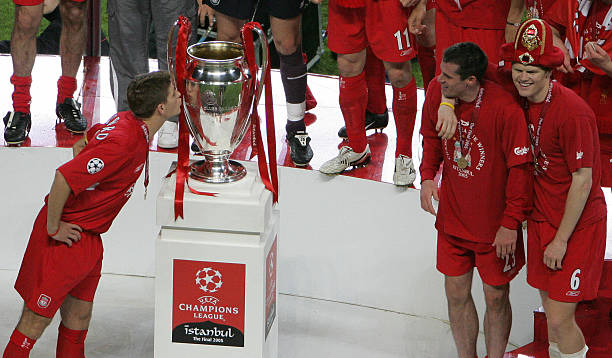 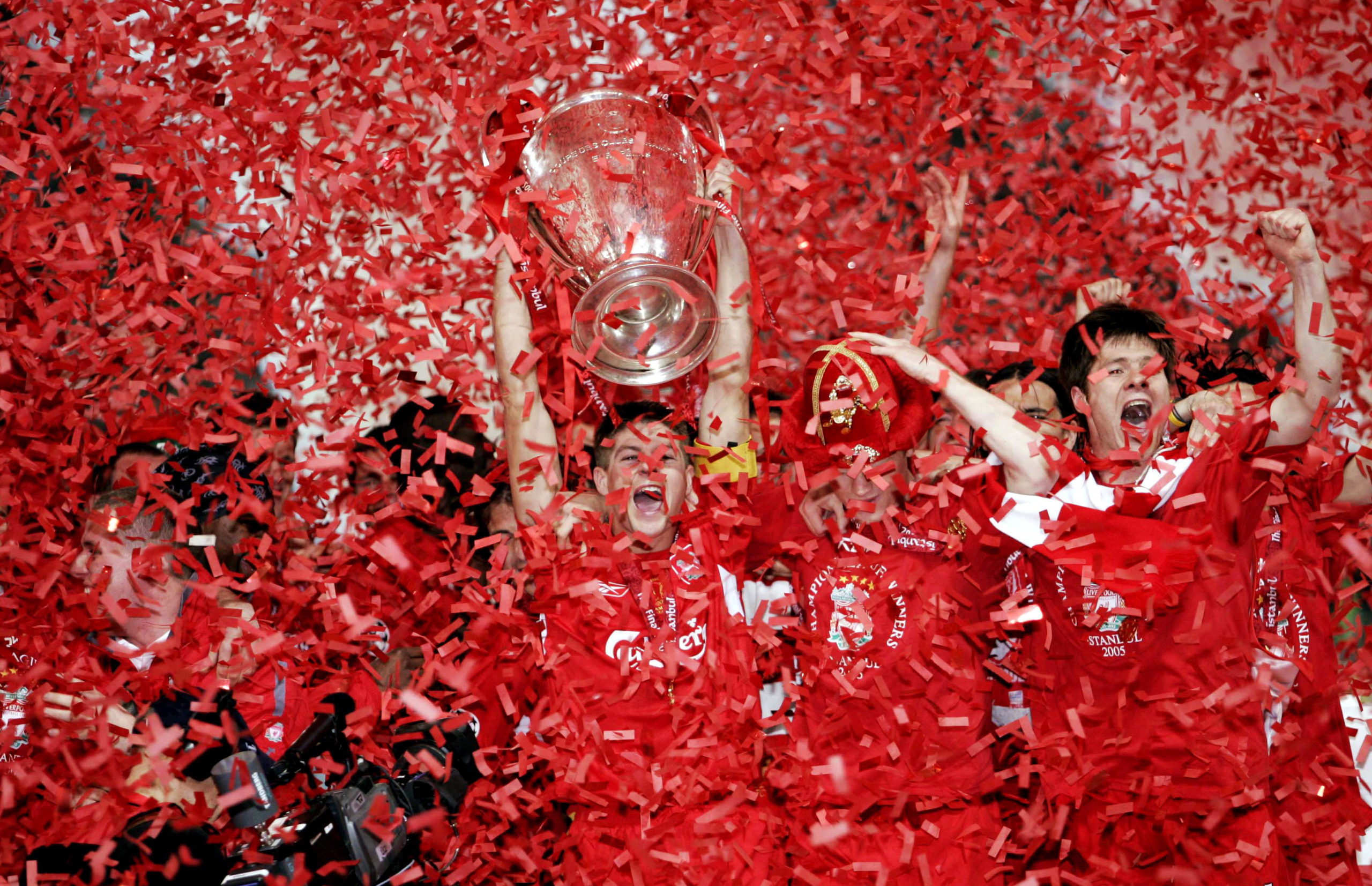 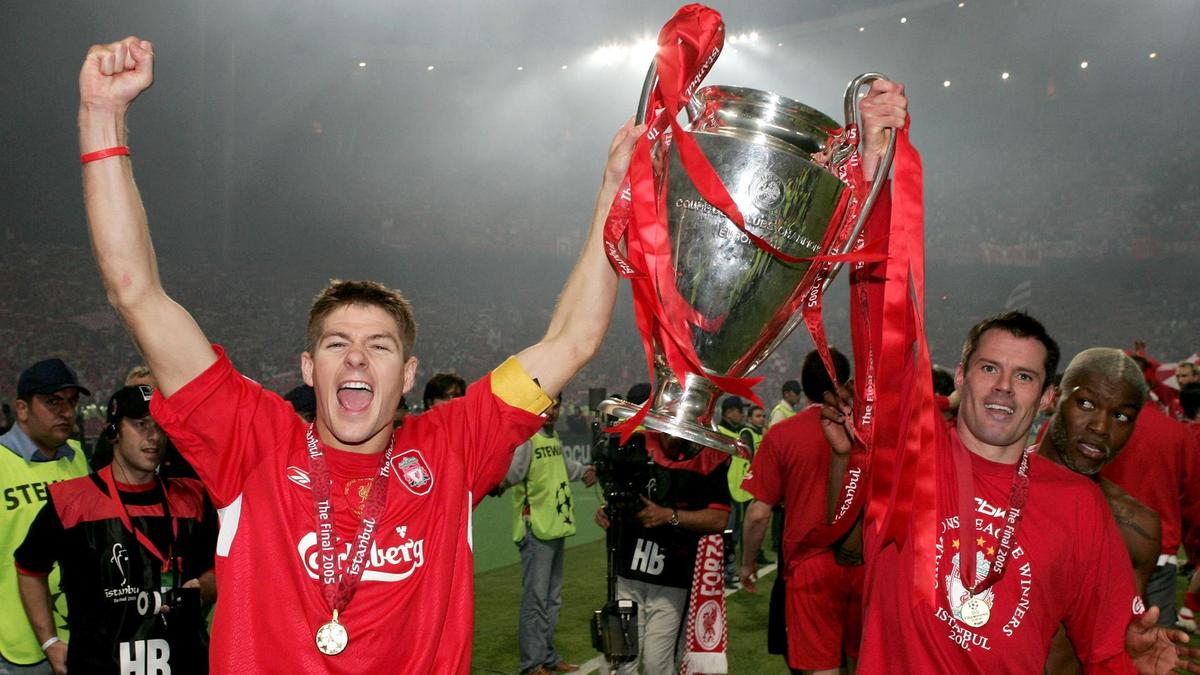 Grosso Grosso2020-01-13T23:04:28+00:00
Page load link
This site uses cookie technology, including third parties' ones. If you want to know more click here. If you access any element of this site outside this banner, you consent to the use of cookies. Ok