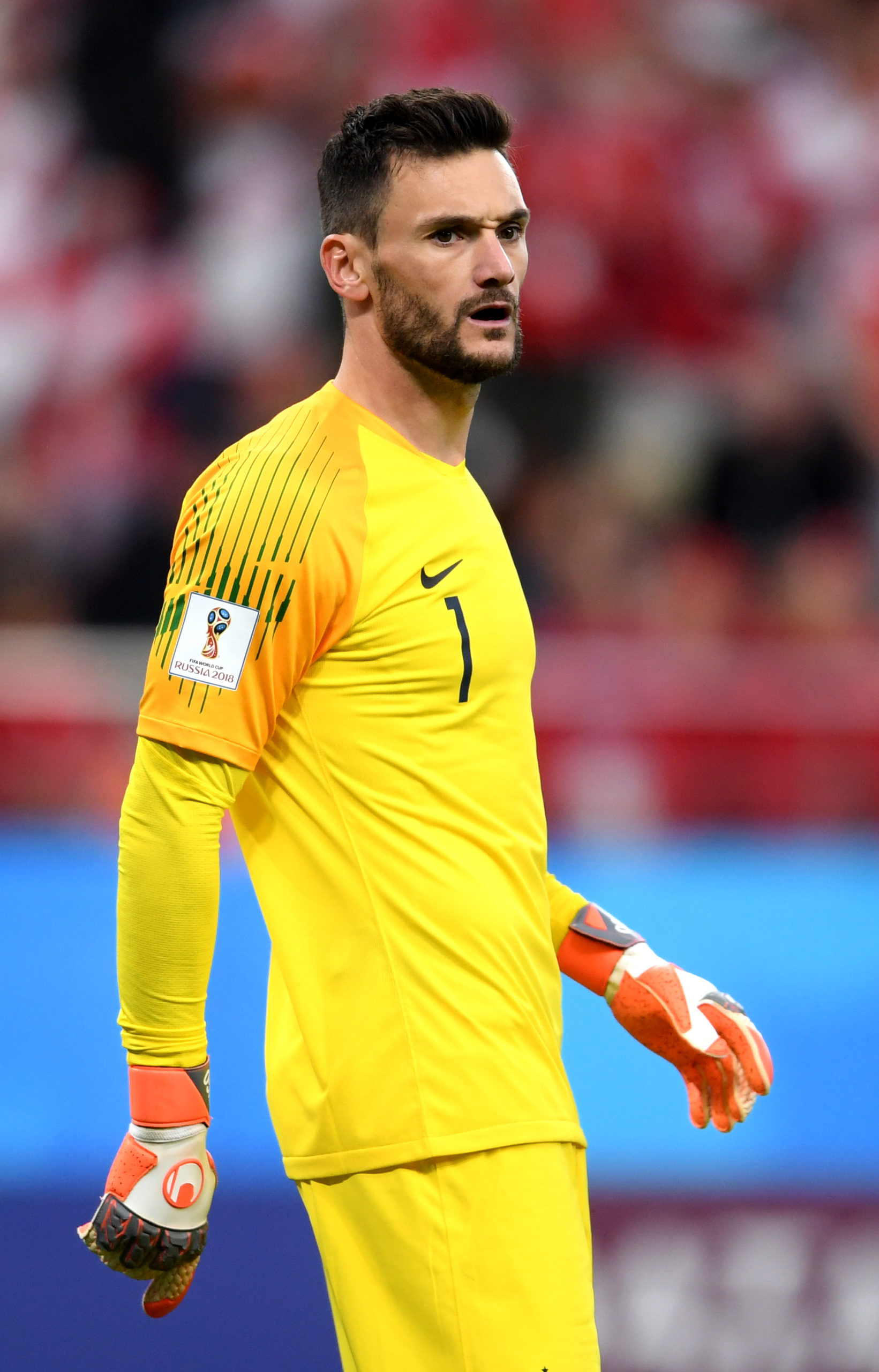 Hugo Hadrien Dominique Lloris is a French professional footballer who plays as a goalkeeper and captains the France national team. He is a three-time winner of the National Union of Professional Footballers (UNFP) Ligue 1 Goalkeeper of the Year award.Lloris began his career with hometown club OGC Nice, made his debut as a teenager in October 2005 and started in goal during the team’s run to the 2006 Coupe de la Ligue Final. After excelling at the club for three seasons, Lloris moved to seven-time Ligue 1 champions Olympique Lyonnais, amid interest from several other clubs, notably Milan. Lloris won several domestic awards in his first season with Lyon and, in his second season, earned award nominations at European level for his performances in the UEFA Champions League, which saw Lyon reach the semi-finals for the first time. He joined Tottenham in 2012, and helped the team reach the Champions League final in 2019.Lloris is a French international having represented his nation at under-18, under-19, and under-21 level. Prior to playing at senior level, he played on the under-19 team that won the 2005 UEFA European Under-19 Championship. Lloris made his senior international debut in November 2008 in a friendly against Uruguay. He helped France qualify for the 2010 FIFA World Cup and was applauded by the media for his performance over two legs against the Republic of Ireland in the qualifying playoffs. He captained the national team for the first time in 2010, and became first-choice captain on 28 February 2012, leading France into the quarter-finals of both UEFA Euro 2012 and the 2014 FIFA World Cup, runners-up at UEFA Euro 2016, and winners at the 2018 FIFA World Cup held in Russia. Lloris was born on 26 December 1986 in the Mediterranean city of Nice to an upper-class family. His French mother was a lawyer and his father is a Monte Carlo-based banker of Spanish (Catalan) descent. He has a younger brother, Gautier, who had played for his older brother’s former club OGC Nice as a central defender. As a youth, like his international and club teammate Yoann Gourcuff, Lloris excelled at tennis and played the sport up until the age of 13. He was among the top players in his age group, ranking high in the country’s national standings before opting to focus on football. Lloris studied at the Lycée Thierry Maulnier in Nice until 2004. Lloris started playing football at the age of six at CEDAC (Centre de Diffusion et d’Action Culturelle), a local cultural center based in the neighborhood of Cimiez, Nice. The centre offered a variety of activities, which included football. Lloris played a variety of positions at the centre, such as in the attack, before switching to the goalkeeper position after coaches noticed that he possessed impressive goalkeeping qualities, such as ball-handling and catching skills. Lloris excelled at the position and caught the attention of former OGC Nice goalkeeper and French international Dominique Baratelli, who recommended that the player join his former club. At the age of ten, Lloris joined Nice’s youth academy. He spent several years in the club’s youth academy and was the starting goalkeeper for the club’s under-17 team that won the 2003–04 edition of the Championnat Nationaux des 18 ans, a country-wide domestic league competition for players under the age of 18. 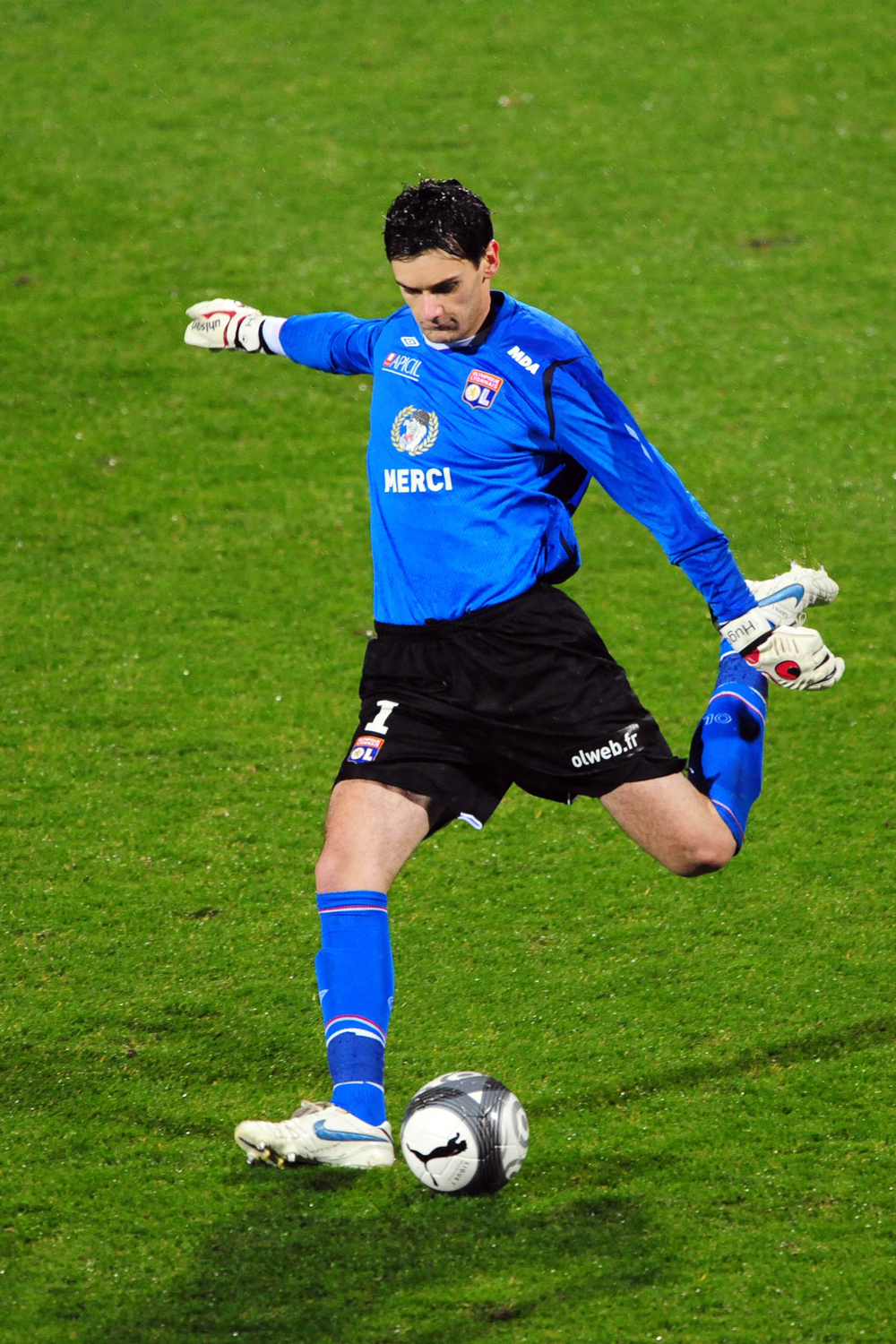 Lloris is described as a goalkeeper who “boasts lightning reflexes and good decision-making” and is “a formidable opponent in one-on-one situations”. Lloris also “commands his box well”.[104] His playing style, and in particular his speed when coming off his line to anticipate opponents and clear the ball, has led him to be described as a sweeper-keeper in the media. Lloris has been described as an “acrobatic shot-stopper,” due to his athleticism in goal, and is considered to be one of the best goalkeepers in the world, with his former Tottenham manager José Mourinho even describing him as “the best in the Premier League” in 2020. While he has been described in the media as being comfortable with the ball at his feet and generally reliable in his passing, he has also come into criticism due to the large number of high profile errors he has made throughout his career, which often resulted in goals, mainly due to his poor distribution and decision making when attempting to play out from the back. Moreover, he has been accused of being inconsistent, and has also frequently struggled with injuries throughout his career. Notwithstanding his reputation for being prone to errors, Adam Bate of Sky Sports described Lloris as “underrated” in 2020, however, and as an “elite shot-stopper,” due to his agility and ability to produce numerous saves consistently throughout the course of a given season. Lloris joined Olympique Lyonnaise in 2008/2009 season. After another solid season with Nice, speculation arose as to where Lloris would play the following season. He was primarily linked to French club Lyon, who wanted him to replace the departing Grégory Coupet, Milan, who wanted him to replace the Brazilian Dida, and Tottenham Hotspur, who wanted Lloris to replace Paul Robinson. After reportedly coming to personal terms with Milan, Lloris snubbed the Italian club for seven-time Ligue 1 champions Lyon. Milan vice president Adriano Galliani later declared that an agreement had been all but reached stating that Lloris was “practically ours”, but the deal reached a stumbling block when Milan goalkeeper Christian Abbiati refused a move to Palermo. Lloris explained his decision citing Lyon’s European ambitions, more playing time at Lyon, and in Milan, he was not guaranteed the starting goalkeeper spot.[30] The transfer fee was initially undisclosed, but was later discovered to be priced at €8.5 million. He was promptly handed the number 1 shirt and also the starting goalkeeper position. 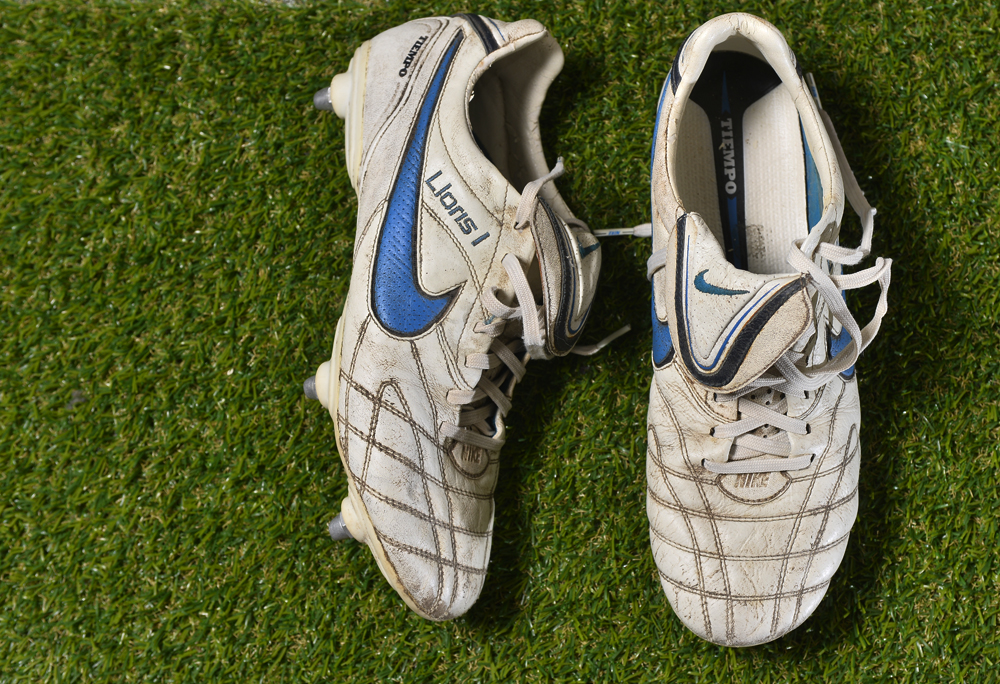 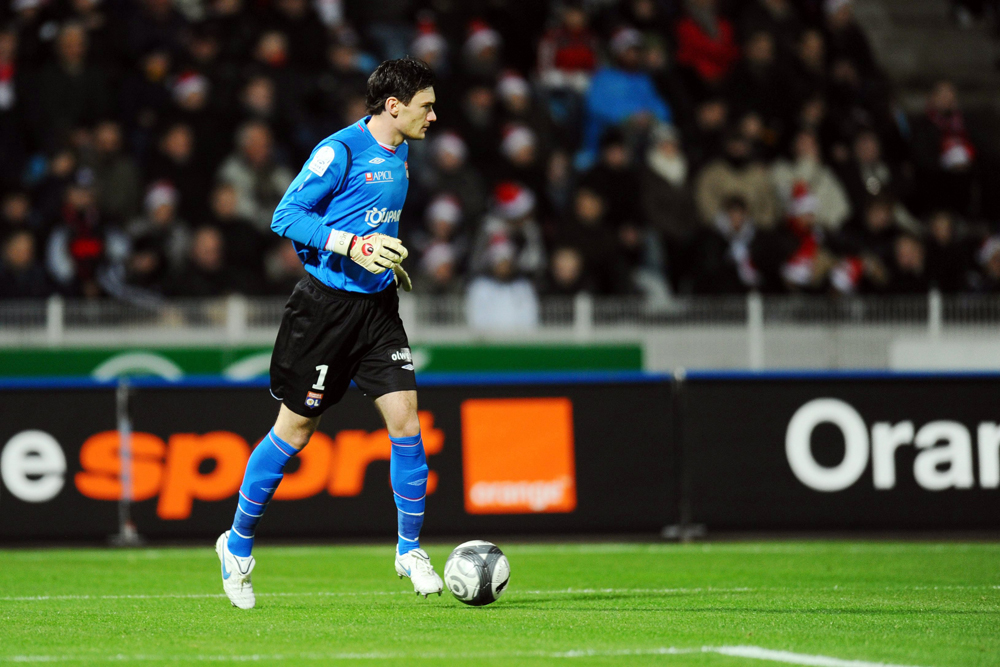 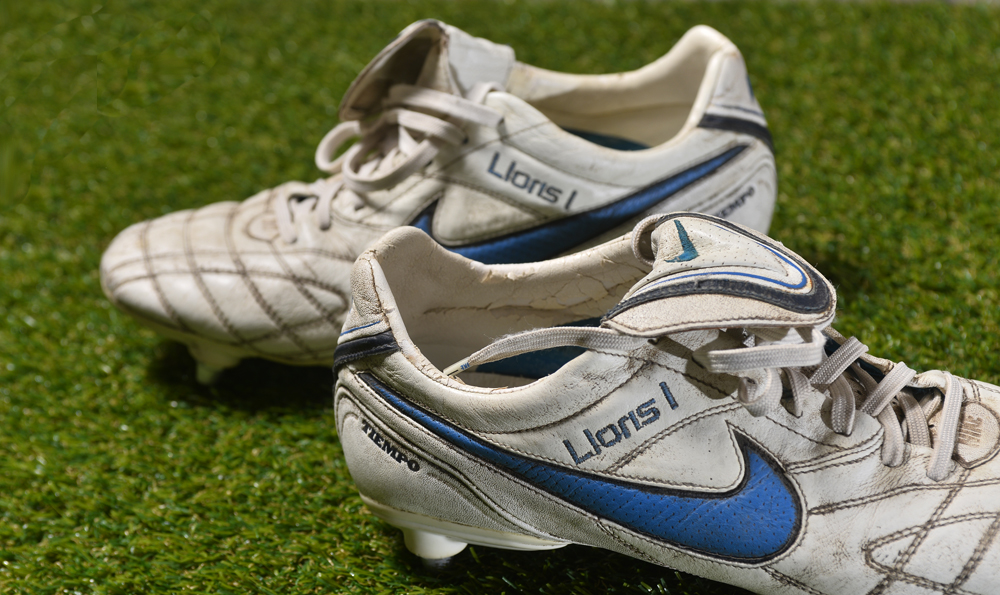 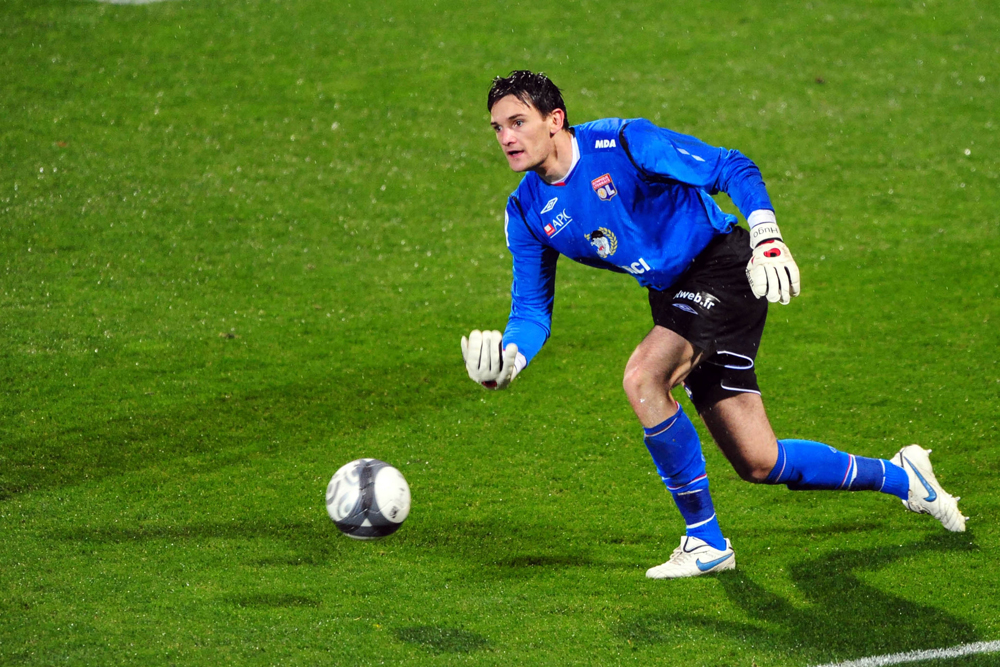 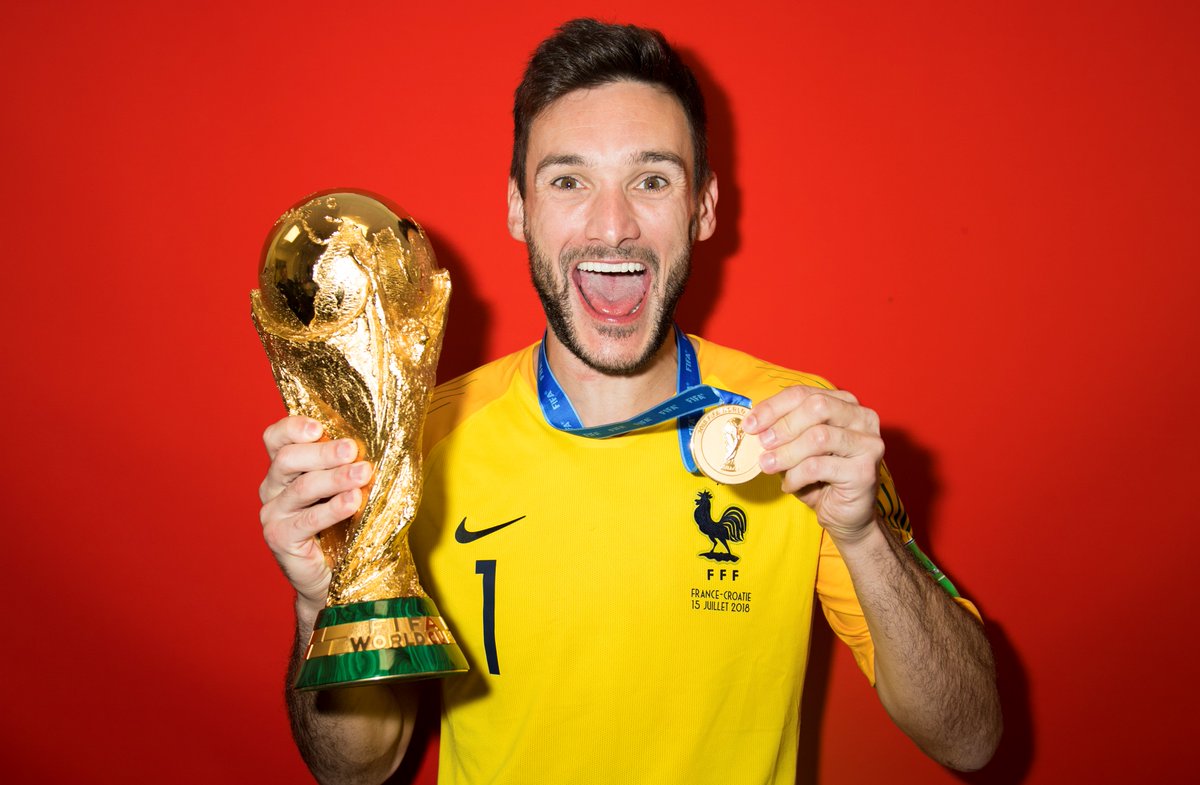 Lloris met Marine while he was studying at the Lycée Thierry Maulnier in 2002. On 23 September 2010, he announced the birth of their daughter, Anna-Rose. They married at the Église Saint-François-de-Paule in Nice in 2012. Another daughter Giuliana was born in 2014 just before the World Cup in Brazil. Their son Léandro was born on 20 September 2019. In 2008, while Lloris was playing for Nice, his mother died. Just two days after her death, he gained national respect for his refusal of a bereavement leave offer from manager Frédéric Antonetti, instead opting to play in a league match for Nice. On 10 August 2010, Lloris was named, alongside international teammate Karim Benzema, to appear on the cover of the French version of FIFA 11. On 24 August 2018, Lloris was charged with drink-driving after being stopped by police in west London. Lloris later pleaded guilty at Westminster Magistrates’ Court and admitted to being more than twice the drink-drive limit. He was fined £50,000 and banned from driving for 20 months.

Grosso Grosso2022-01-11T11:02:43+00:00
Page load link
This site uses cookie technology, including third parties' ones. If you want to know more click here. If you access any element of this site outside this banner, you consent to the use of cookies. Ok
Go to Top