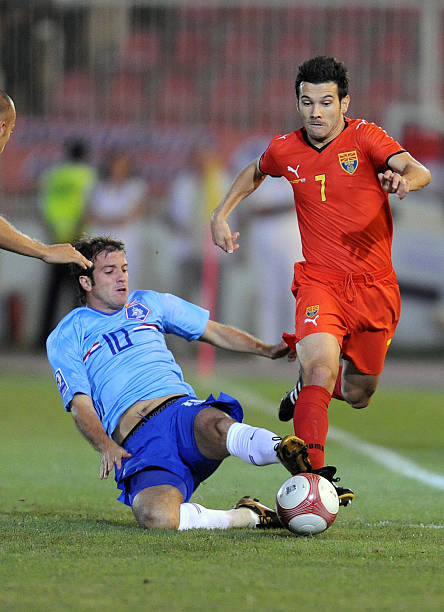 This shirt was worn by Goran Pandev during the Fifa World Cup “SOUTH AFRICA 2010” qualifying game between North Macedonia and Netherlands which took place in Skopje, “City Stadium”, on September 10th 2008.Netherlands defeated Macedonia 2-1 and Goran Pandev scored the goal for the North Macedonia. Pandev made his senior debut for Macedonia in a June 2001 FIFA World Cup qualification match away against Turkey and has earned a total of 108 caps, scoring 34 goals. With his two goals against Spain on 12 August 2009, he became the national team’s all-time leading scorer, surpassing Gjorgji Hristov. On 21 March 2019, Pandev earned his 100th cap in a 3–1 home win over Latvia in UEFA Euro 2020 qualification. A year later, he auctioned the shirt he wore in that match for a hospital fighting the coronavirus pandemic. 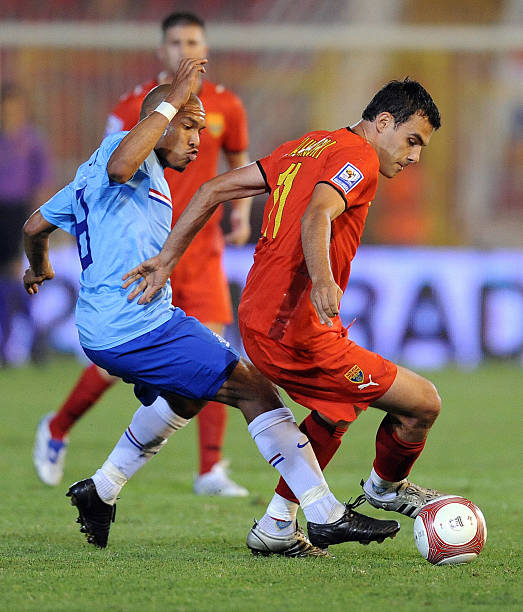 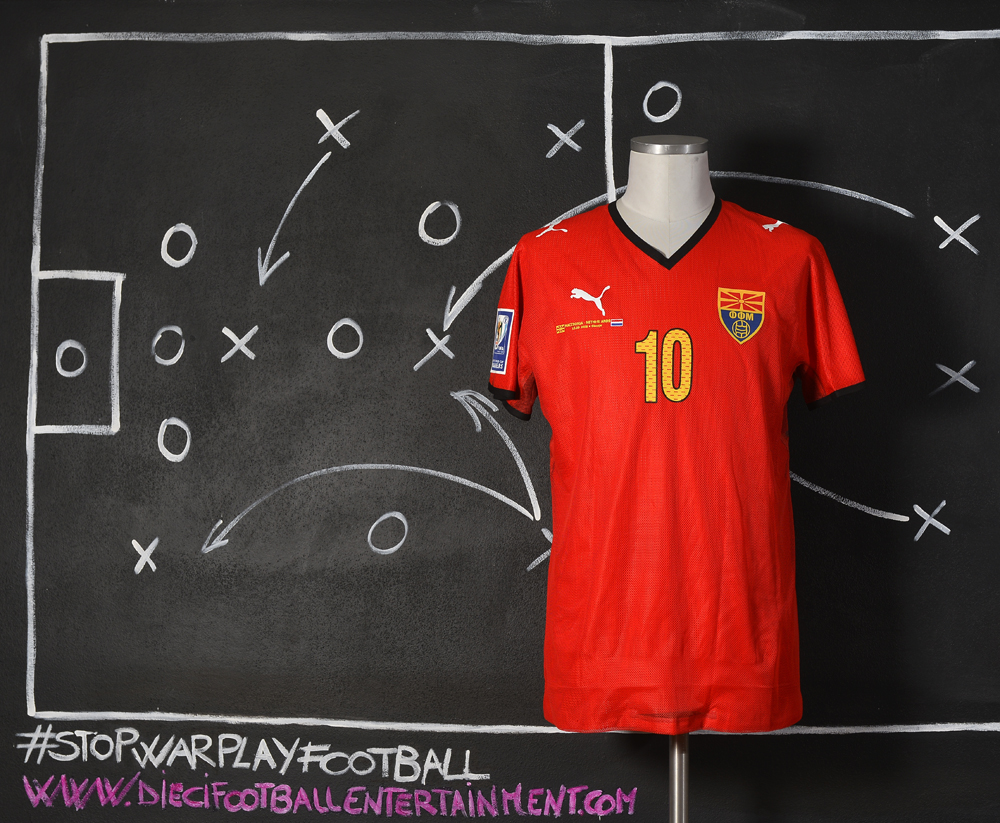 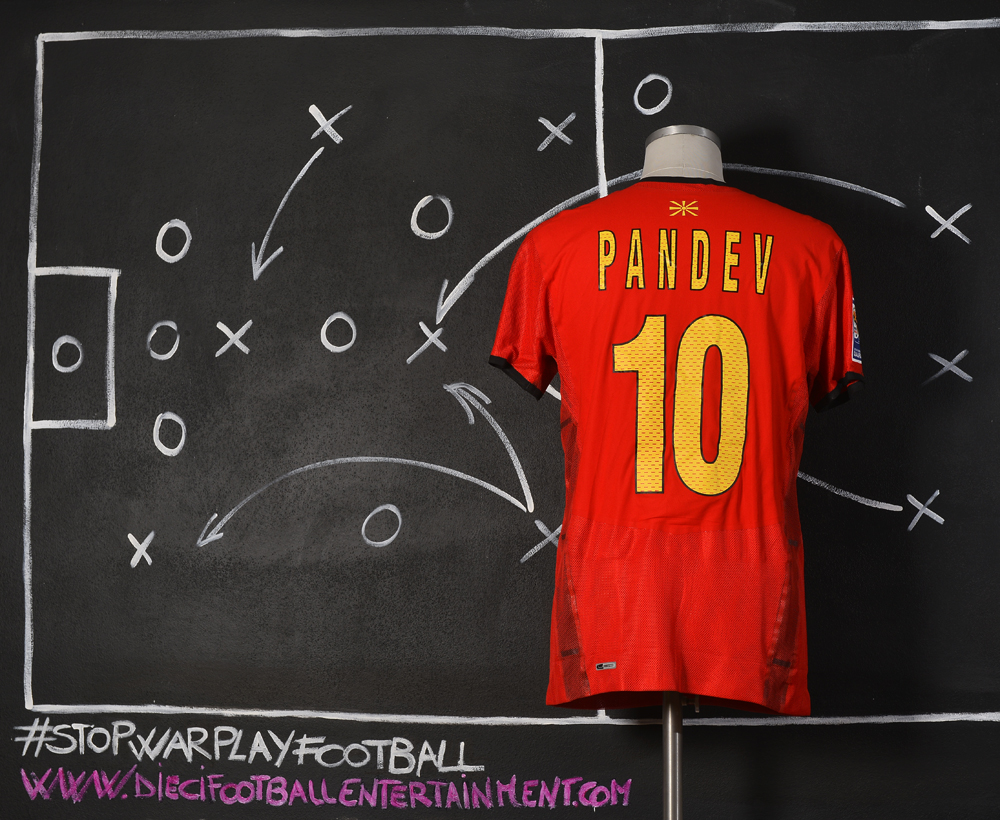 The Football Federation of North Macedonia (Macedonian: Фудбалска Федерација на Македонија / Fudbalska Federacija na Makedonija or ФФМ/FFM) is the governing body of football in North Macedonia based in Skopje. It was founded in 1926. Macedonian Football Association was formed on 18 December 1926 on the founding general assembly that was held in the “Unknown Fallen Hero” restaurant in the city of Skopje. FFM was officially formed again after the World War II on 14 August 1949 in Skopje (after the end of World War II, the first football department was established as a part of sport association of the city of Skopje, the football section is separated on 16 August 1948). From 1949 to 2002, it was called the Football Association of Macedonia. The first ever president was Ljubisav Ivanov – Dzingo. Andon Dončevski was appointed by FFM as the first ever coach of the North Macedonia national team. Macedonian flag on top behind a yellow background. Below, a blue crest with the yellow FFM Cyrillic letters above a football. On 22 March 2014, the FFM launched a new crest. 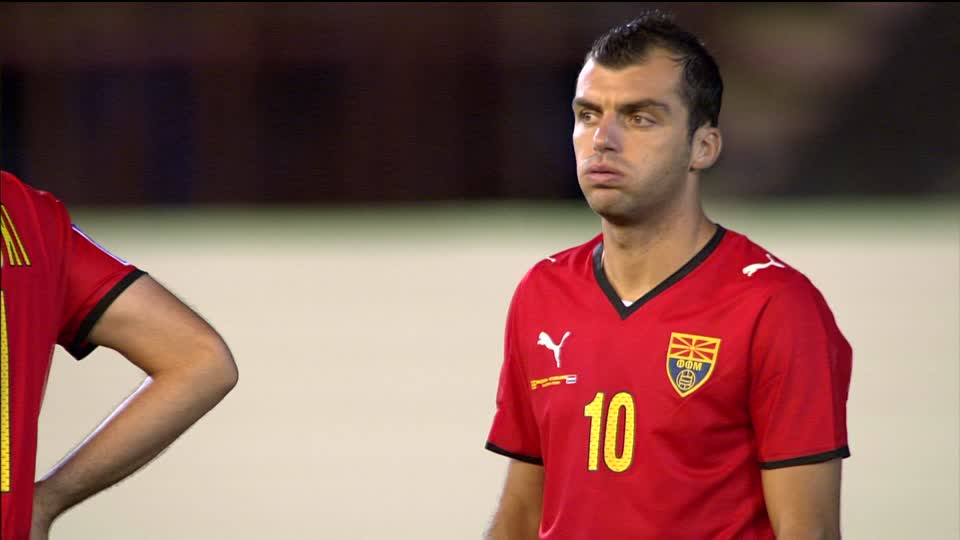 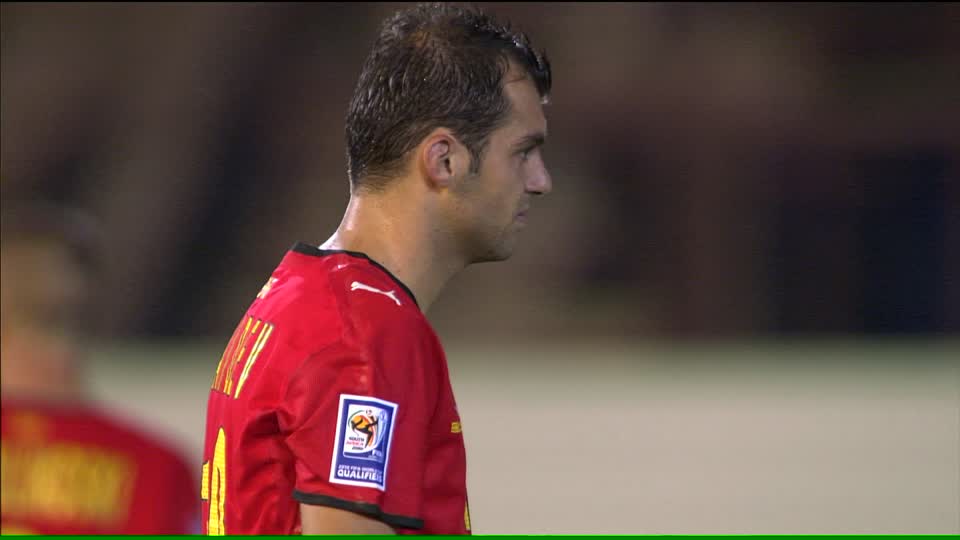 Grosso Grosso2020-10-13T15:10:40+00:00
Page load link
This site uses cookie technology, including third parties' ones. If you want to know more click here. If you access any element of this site outside this banner, you consent to the use of cookies. Ok
Go to Top