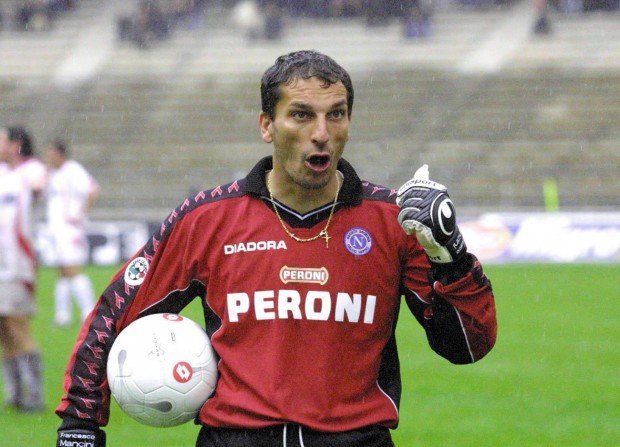 Francesco Mancini was an Italian football goalkeeper and coach, best known for his association with Foggia during the 1990s. Mancini started his career at hometown club Matera in 1985. He later played for Bisceglie in 1987. Mancini joined Foggia in 1987 and remained with the club for a decade. He helped the club achieve Serie A promotion under manager Zdeněk Zeman, winning the 1990–91 Serie B title. He played 2 Serie B games for Foggia in the 1995–96 season, before leaving on loan for S.S. Lazio in November 1995. He returned to Foggia in the summer of 1996 and played another Serie B season with the club. In summer 1997, he joined A.S. Bari of Serie A, where he played 95 games in three Serie A seasons. In summer 2003, he joined Pisa of Serie C1 as Napoli choose to sign Manitta permanently. In January 2005, he transferred to Sambenedettese of Serie C1, in exchange for Domenico Di Dio. He then played for Teramo, Salernitana and A.C. Martina, all in Serie C1. 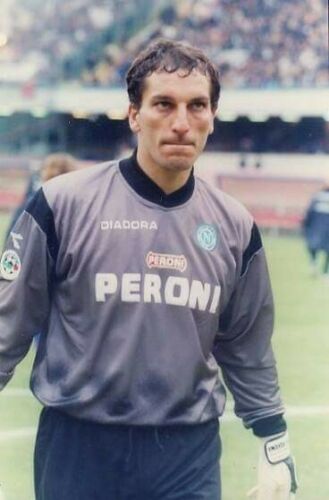 In October 2000, Francesco Mancini transferred to S.S.C. Napoli of Serie A, to replace young keeper Ferdinando Coppola who had been sold to Bologna. His first choice place was lost to new signing Alberto Fontana in January 2001, however. He regained his first choice spot following Napoli’s relegation to Serie B. In the 2002–03 season, despite the presence of backup goalkeeper Marco Storari and subsequently Emanuele Manitta, he still made 27 appearances at age of 35. 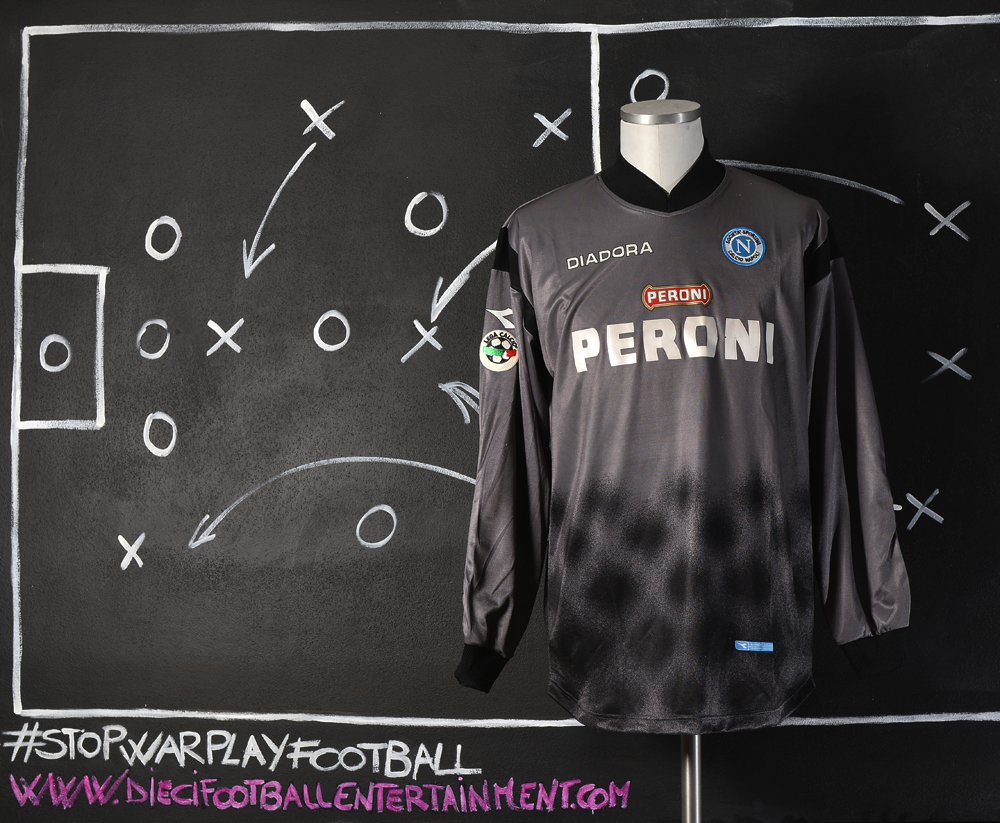 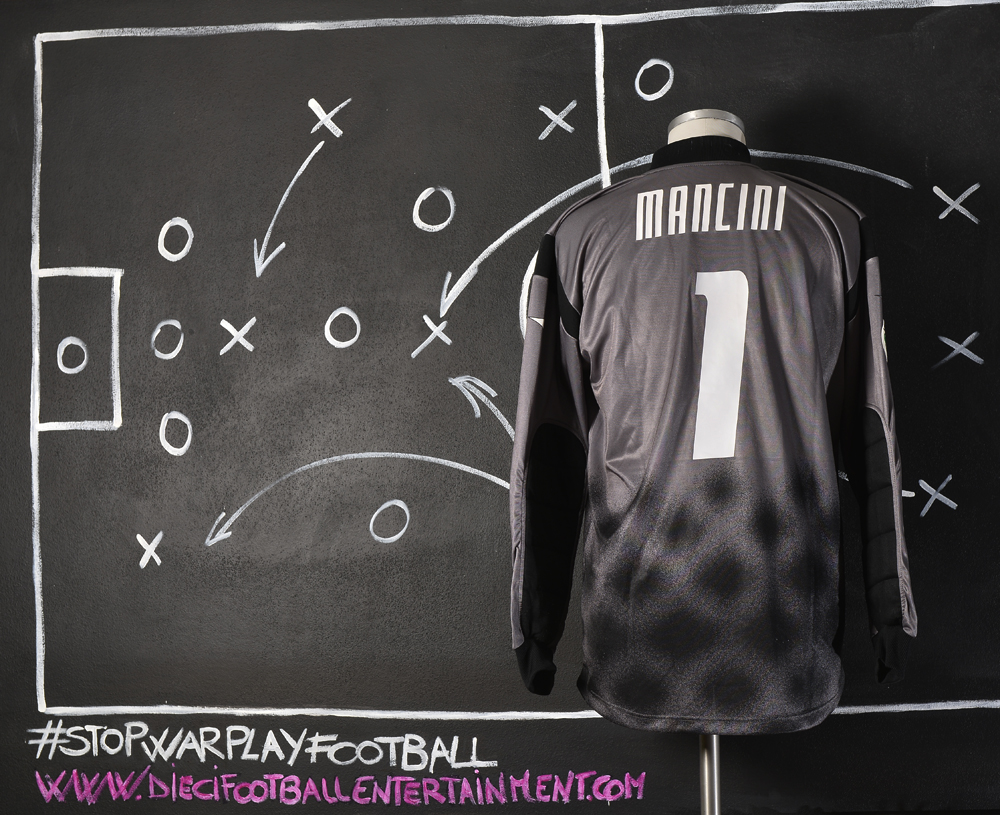 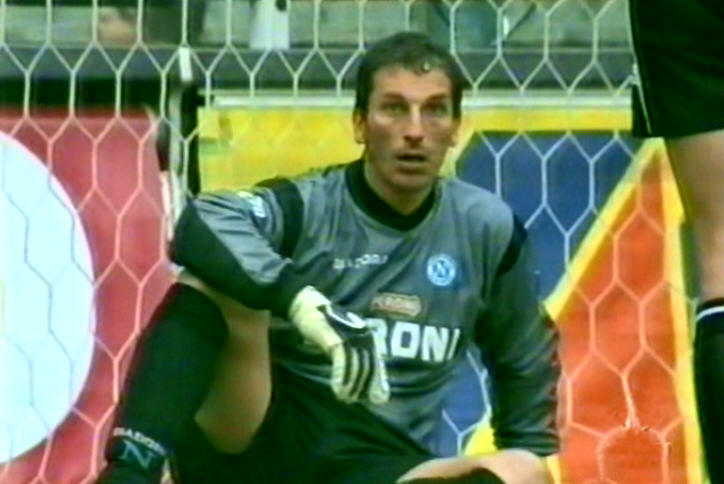 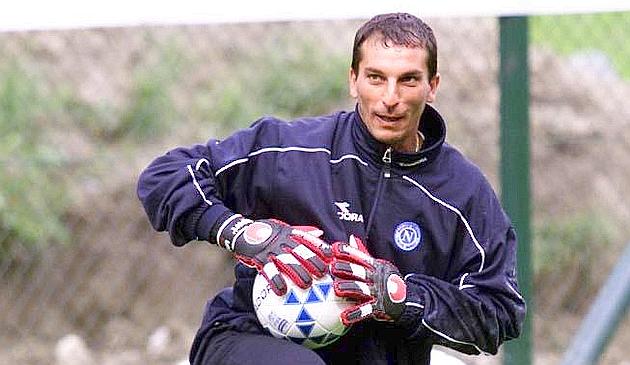 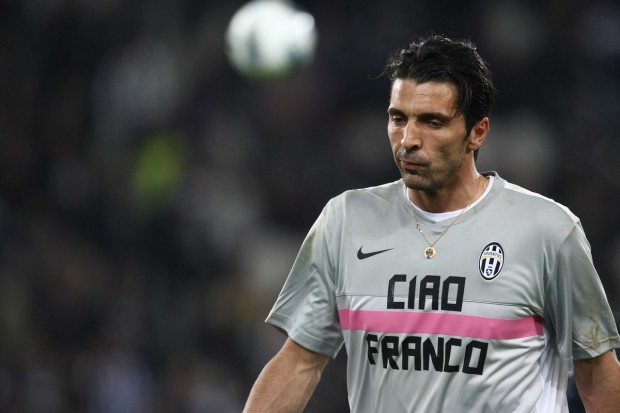 During the 2009–10 season, he worked as the goalkeeping coach and the assistant coach of Manfredonia, who were playing in the Lega Pro Seconda Divisione league. On July 2010 he was appointed the new goalkeeping coach of his former club Foggia, where he worked as part of the backroom staff of his mentor Zdeněk Zeman. Later on, in July 2011, he followed Zeman to Serie B club Pescara. On 30 March 2012, 43-year-old Mancini was found dead at his Pescara home by his wife after suffering a sudden heart attack. This event shocked all Franco’s former colleagues, the Serie A’s goalkeepers, which all did the pre game warm up with a shirt in his honor with “Ciao Franco” printed on front. 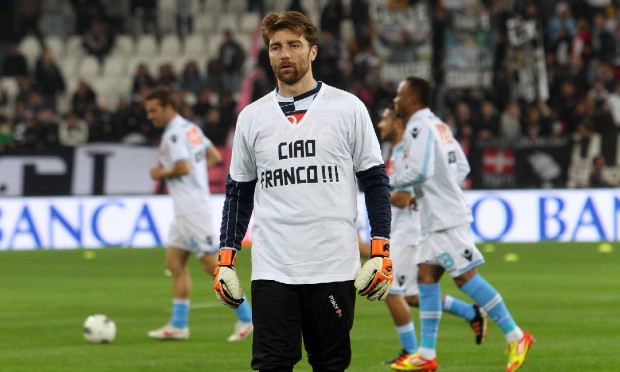 Grosso Grosso2019-06-09T15:58:28+00:00
Page load link
This site uses cookie technology, including third parties' ones. If you want to know more click here. If you access any element of this site outside this banner, you consent to the use of cookies. Ok
Go to Top