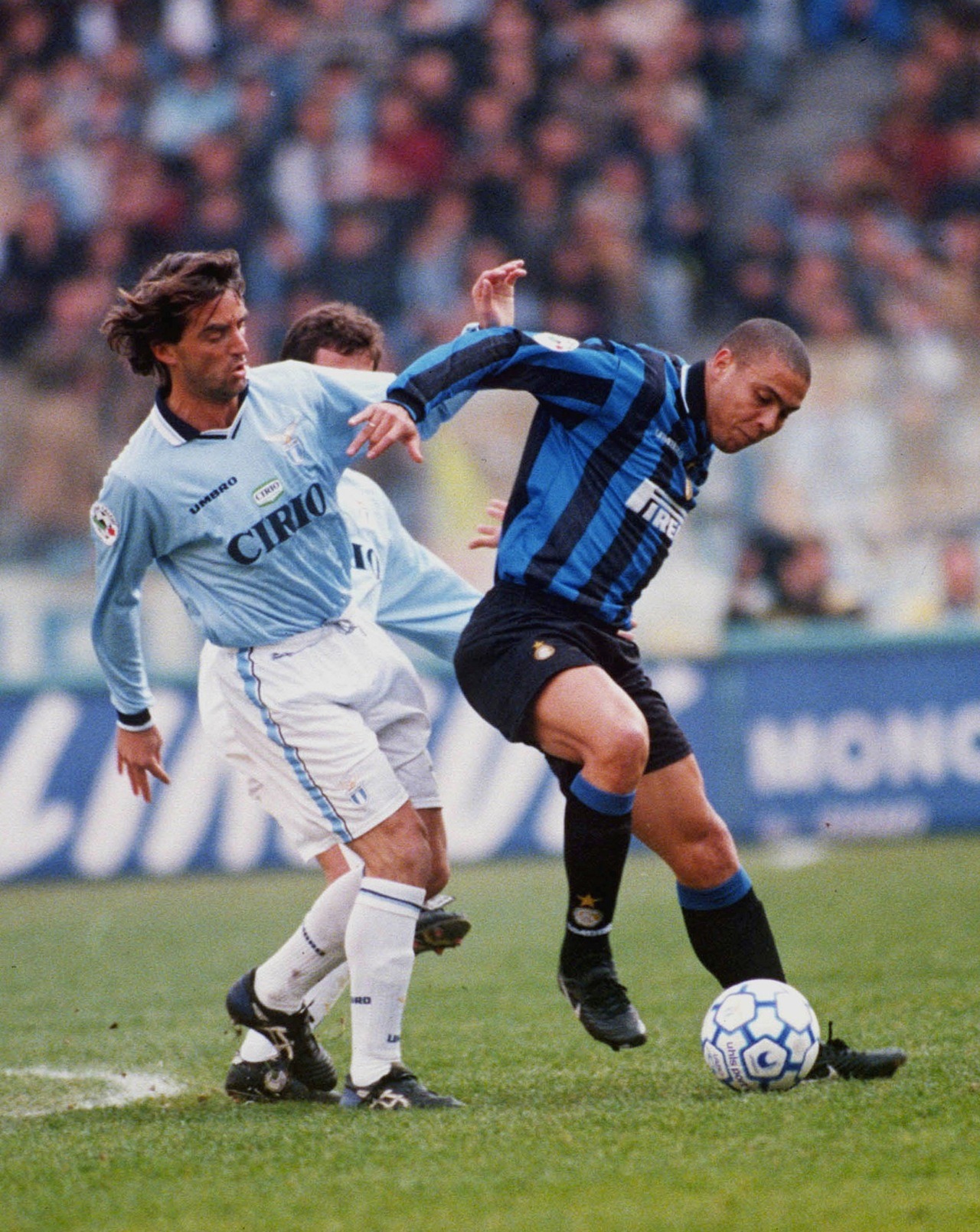 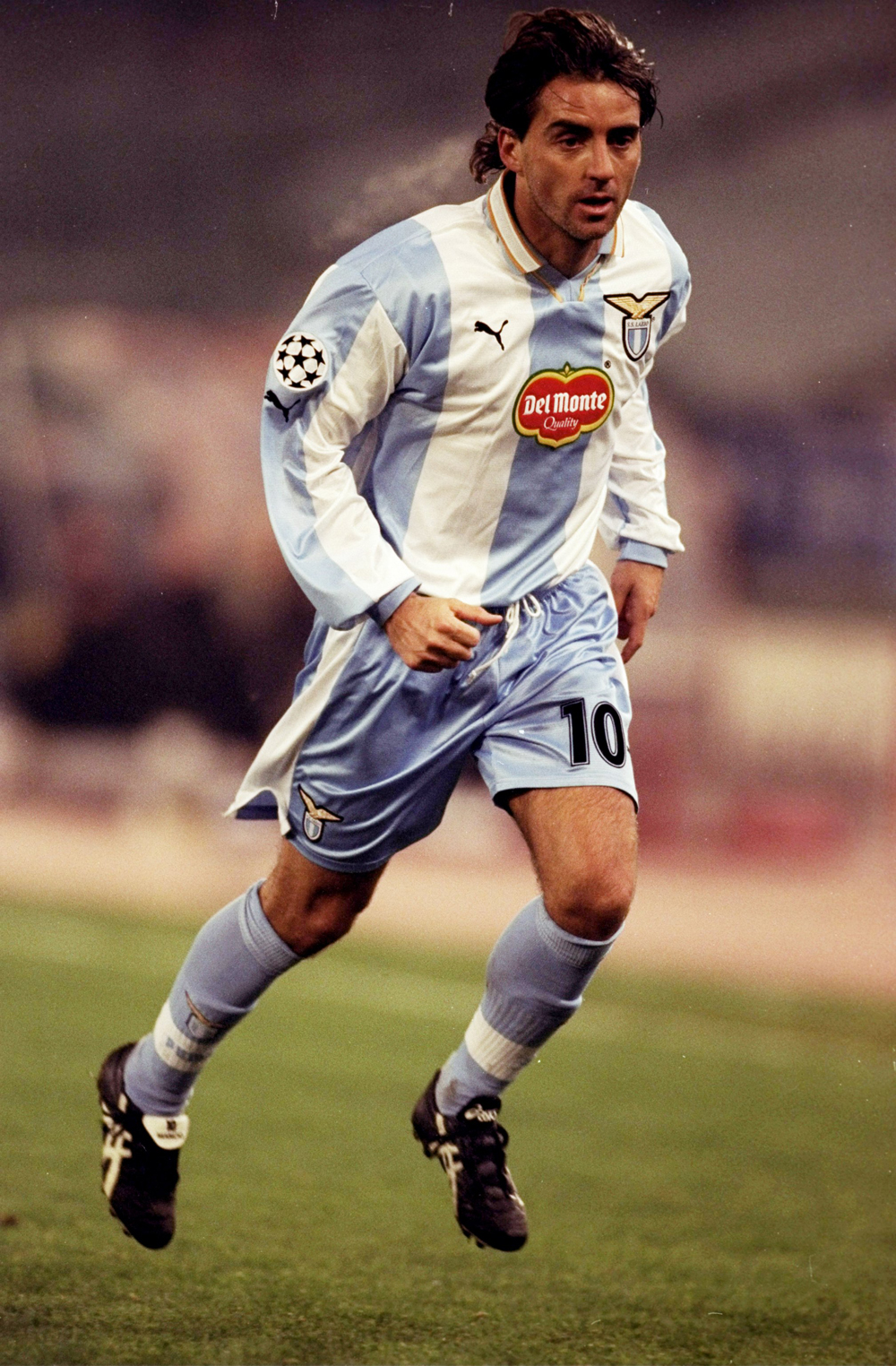 These boots were worn by Roberto Mancini during the seasons 1997/1998 and 1998/1999 with S.S.Lazio. With Lazio, Mancini won his second scudetto and Cup Winners’ Cup titles, as well as two more Coppa Italias. In the 1999–00 season, Lazio won the scudetto and Coppa Italia, but Mancini failed to score in 20 matches and later announced his playing retirement. He joined Lazio’s coaching staff as Sven-Göran Eriksson’s number two. In 2011, when asked about Mancini, Eriksson said: “I took him to Lazio with me and he wanted to be a manager even while he was a player. He was the coach, he was the kit man, he was the bus driver, everything. At Sampdoria he wanted to check that everything was in place before training. Sometimes I would have to tell him: ‘Mancio, you have a game to play on Sunday, you will be exhausted if you have to control everything.’ But he was like that.” 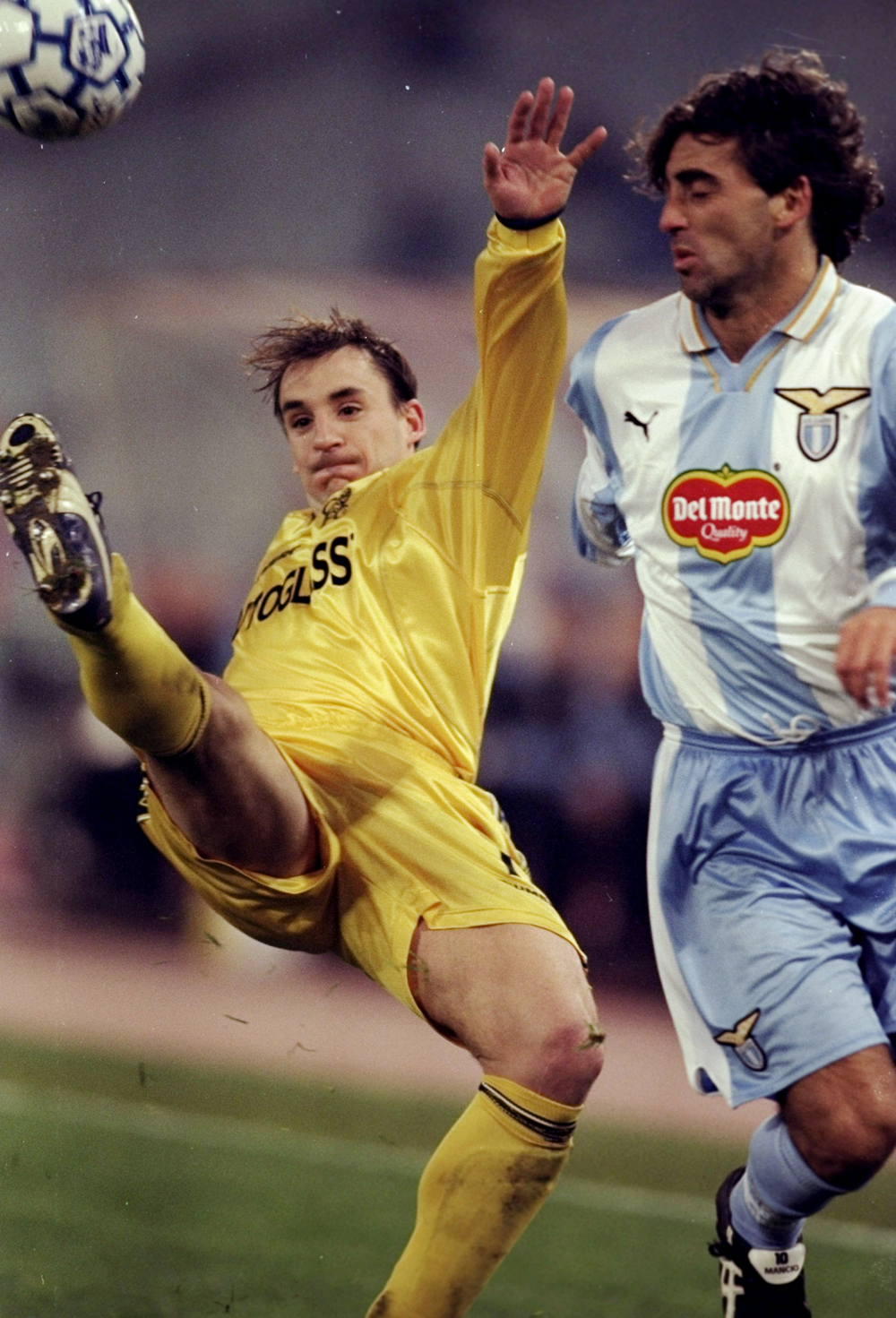 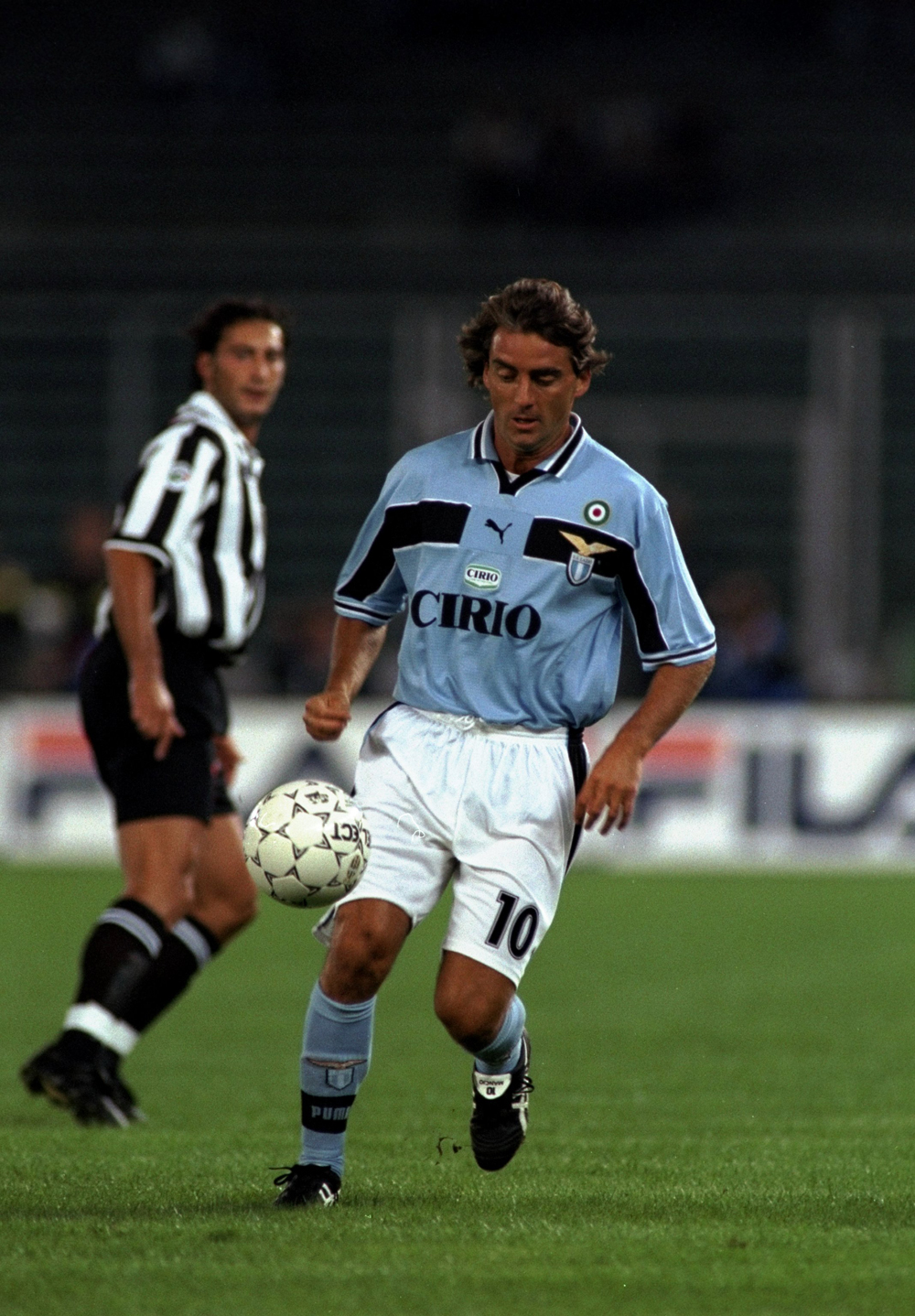 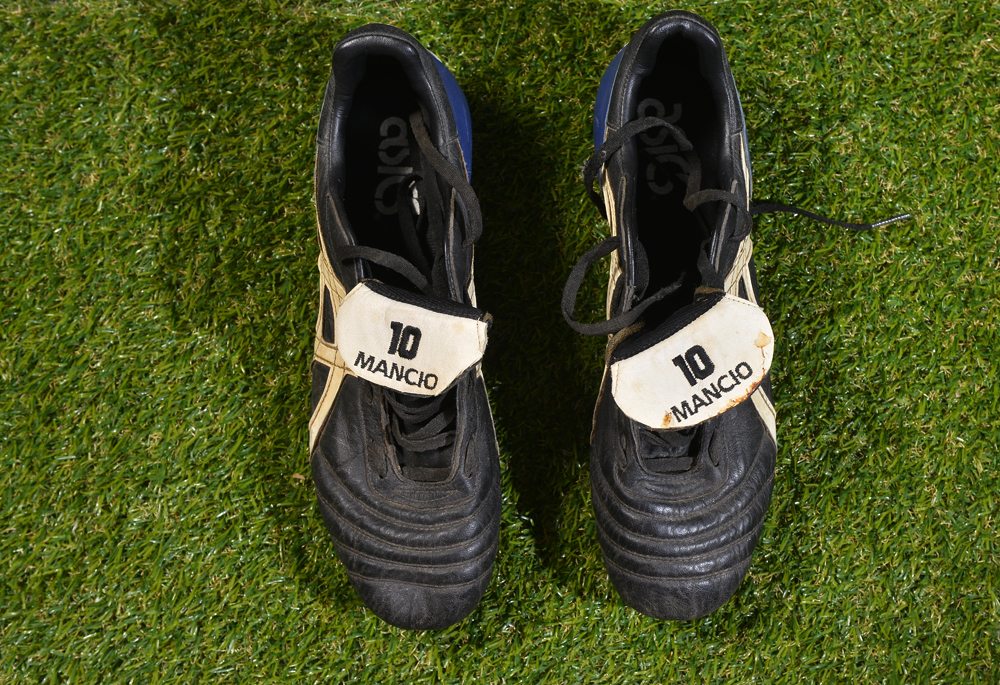 Often described as a “fantasista” in the Italian sports media, Mancini was a creative and technically gifted forward, who was frequently deployed as a supporting striker alongside a centre-forward, or, on occasion, as an offensive playmaker in the attacking midfield or trequartista position later on in his career. A classic number 10 with creativity and vision, as well as accurate passing and finishing ability, he was capable of assisting many goals as well as scoring them himself, due to his eye for the final pass; he was also known for his excellent technique in the air and anticipation, which enabled him to execute spectacular volleys. As such, he was also capable of operating across the entire front-line, and was even deployed as a centre-forward or out–and–and striker on occasion, although this was not his favoured position, as he was primarily a generous team player who preferred creating chances for teammates over scoring goals. An elegant, classy, and skilful player, Mancini was also renowned for his flair, ball control, technical ability, and dribbling skills, as well as his change of pace, despite not being as quick as other players in his position; moreover, he was renowned for his tactical intelligence, which he developed over time. He frequently stood out because of this latter attribute, as well as due to his strong character and leadership qualities, which made him an effective captain for his teams. He was often a vocal presence on the football pitch, regularly organising and motivating his teammates, as well as discussing with opponents and arguing with referees. He was also highly regarded for his defensive work-rate off the ball, despite initially being criticised for his defensive contribution by manager Renzo Ulivieri in his early career. Mancini is regarded as one of the best Italian players of his generation, and as one of Italy’s greatest ever number 10s. However, despite his ability, he was also occasionally accused of being inconsistent in the media. 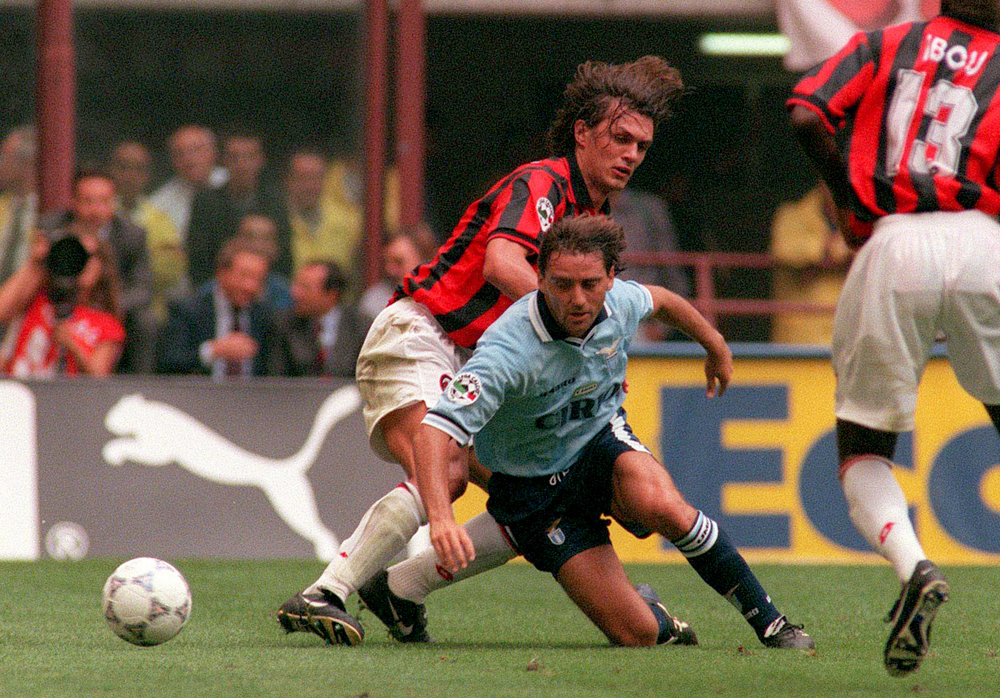 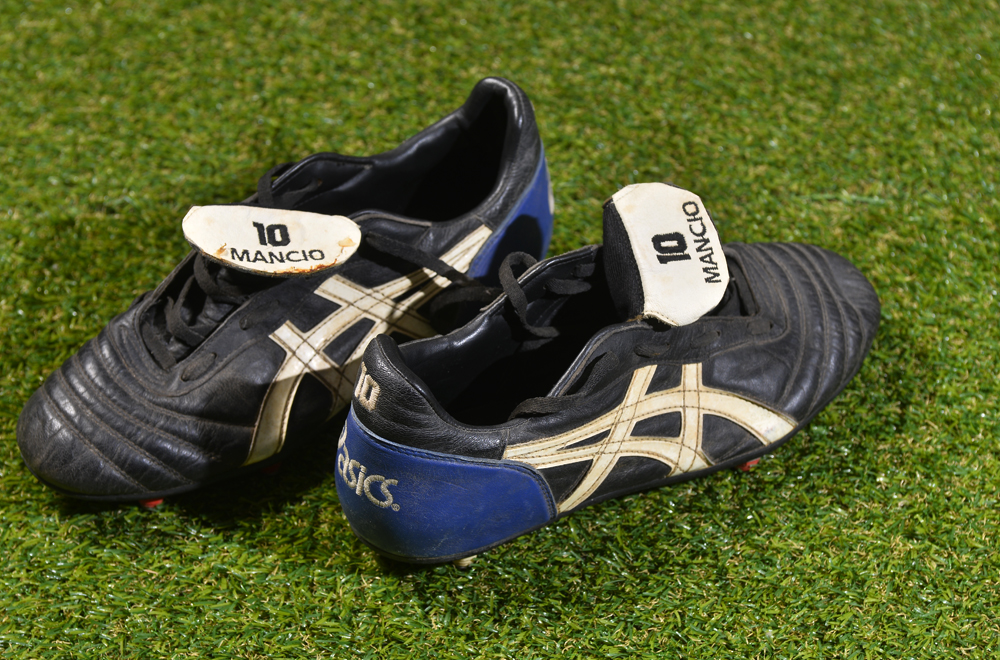 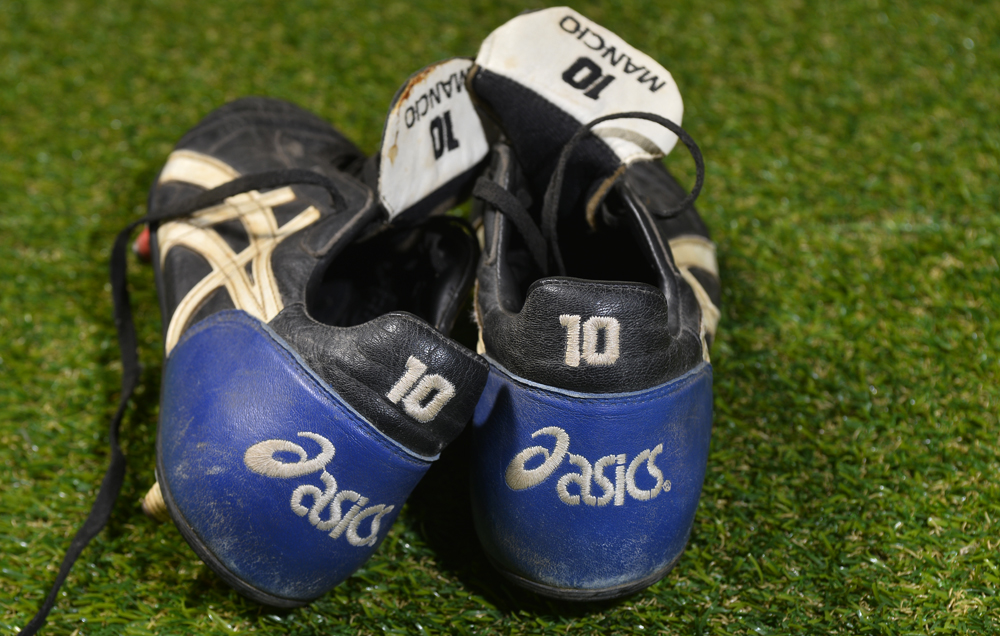 Grosso Grosso2022-06-28T11:55:43+00:00
Page load link
This site uses cookie technology, including third parties' ones. If you want to know more click here. If you access any element of this site outside this banner, you consent to the use of cookies. Ok
Go to Top