Mario Mandžukić is a Croatian professional footballer who plays as a forward for Italian club Juventus and the Croatia national team. Besides being a prolific goalscorer, he is known for his great defensive contribution and aerial power. He started his career in his hometown club Marsonia from where he moved to two Croatian capital city football clubs, first joining NK Zagreb and then signing with Dinamo Zagreb in 2007, where he was Prva HNL top goalscorer in the 2008–09 season. His prolific scoring earned him a transfer to VfL Wolfsburg in 2010. After some impressive performances at UEFA Euro 2012, where he was the joint top scorer with three goals, he was signed by Bayern Munich. In his first season with the club he won three trophies; the Bundesliga, DFB-Pokal, and the Champions League, while also becoming the first Croat to score in a Champions League final. He left Bayern for Atlético Madrid in 2014, and a season later was signed by Juventus for €19 million, where he won the domestic double in his first season. In 2017 Champions League final match against Real Madrid, he scored his second goal in a Champions League final, an overhead kick arcing past the keeper that earned him UEFA Goal of the Season award. At international level, Mandžukić was given his debut for Croatia in November 2007 under manager Slaven Bilić. He has since participated in three major tournaments, Euro 2012, the 2014 World Cup and Euro 2016, making more than 70 international appearances. With 29 goals, he is tied with Eduardo da Silva as his international team’s second most prolific scorer of all time, behind Davor Šuker. He was named Croatian Footballer of the Year in 2012 and 2013. 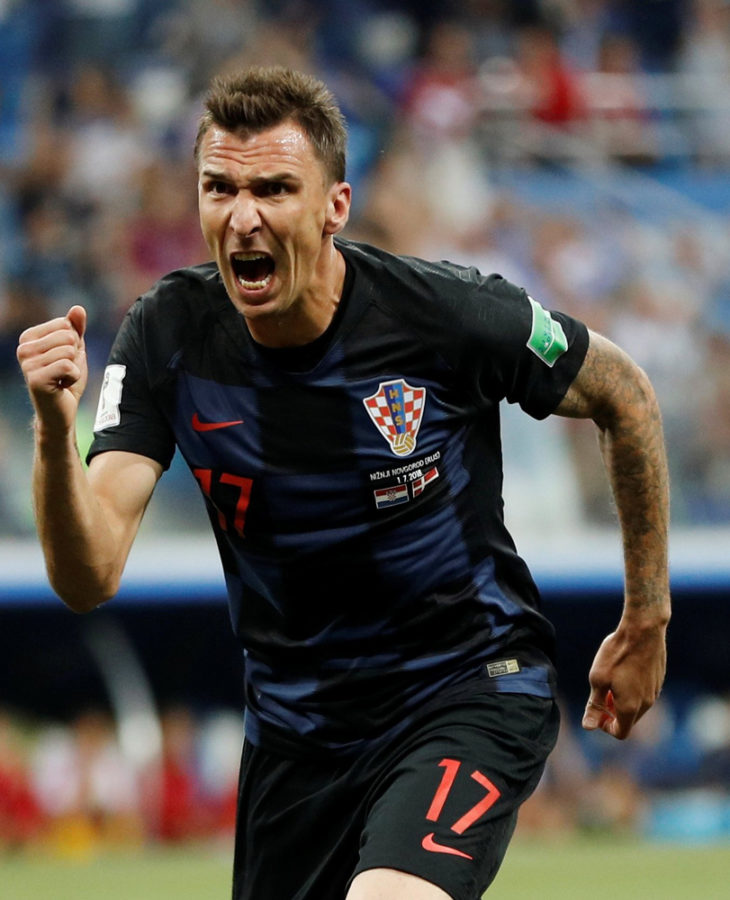 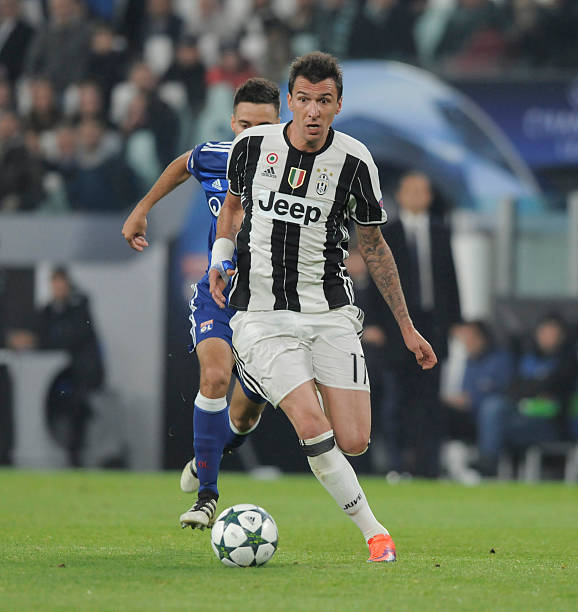 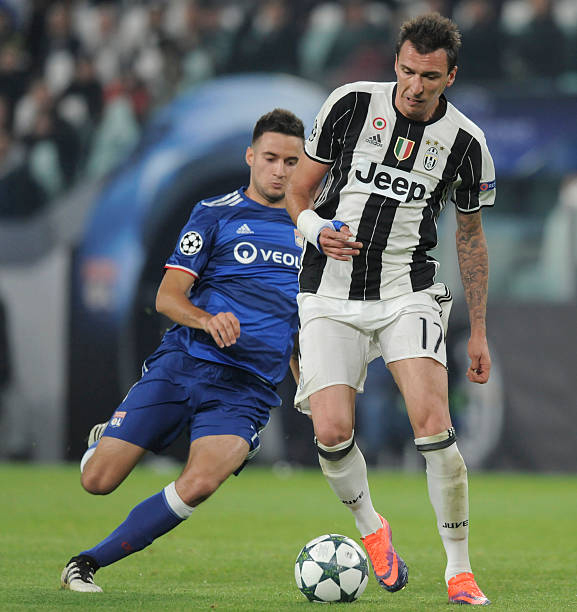 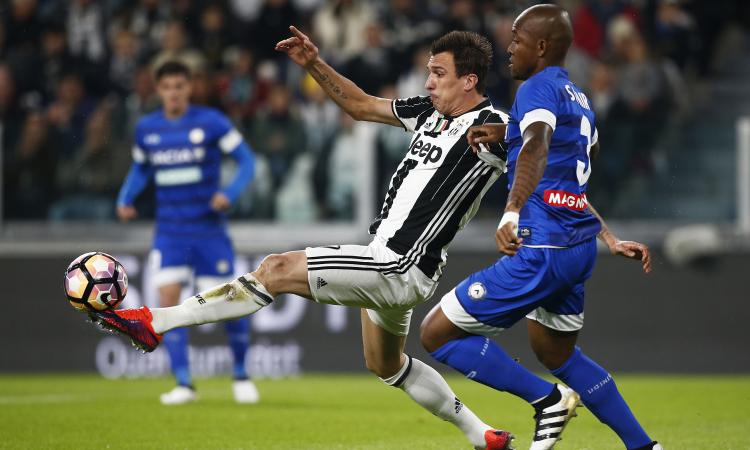 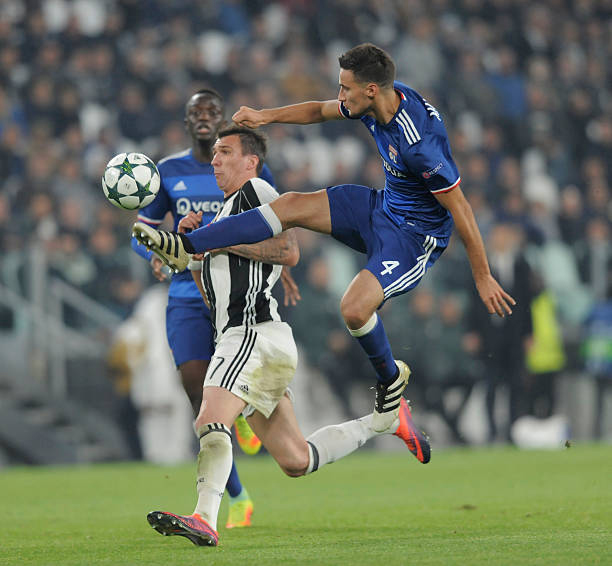 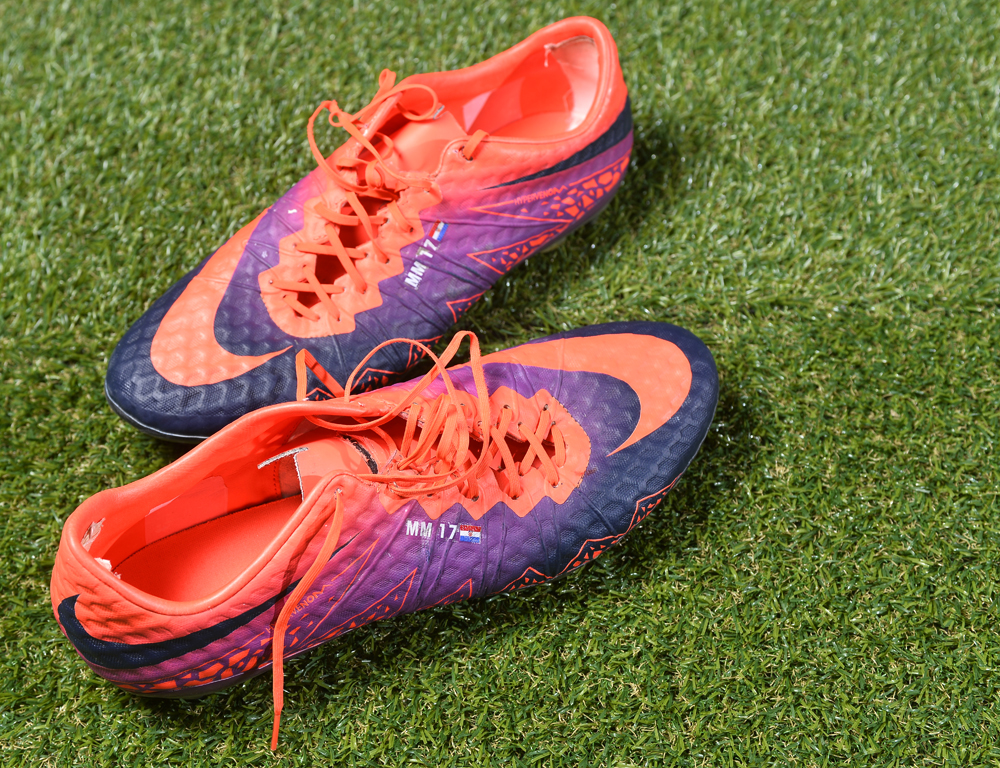 In addition to his goalscoring, pundits have noted Mandžukić for his physical strength, versatility, mobility and fitness, as well as his ability in the air. He was even given the nickname Đilkoš by Miroslav Blažević, which means brash and unsophisticated, referring to the striker’s physical strengths, powerful physique and seemingly endless stamina, rather than his technical ability. Known for his high work-rate and defensive contribution, Mandžukić’s former manager at Wolfsburg, Felix Magath, noted his endurance, stating that the striker is ‘so fit that I think he could play two back-to-back games without stopping even for a minute. Following his move to Atlético Madrid, Sky Sports analyst Adam Bate wrote that he was the perfect fit for manager Diego Simeone’s style as Mandžukić is ‘often the instigator of the press with his energetic running, Mandzukic battles defences, driving them back to create space for teammates as well as preventing opponents building patiently without pressure on the ball.’ Bate further added that the Croatian ‘is both a physical and mobile striker who does so much of his best work without the ball, seemingly doing the work of two players and thus allowing an extra man in midfield.’ ESPN FC contributor Michael Cox has also praised Mandžukić for his excellent team-work, highlighting that while he presses his opponents energetically when they attempt to play the ball out from the back, he is also extremely diligent and disciplined in the manner in which he drops back into his own half to defend behind the ball if his opponents manage to bypass his team’s pressing. In 2014, Aleksandar Holiga commented on Mandžukić’s playing, stating that “he stretches the defences with constant movement and seemingly endless stamina, opening space for others to come from behind or cut inside from the wing; his pressing on the ball has proven decisive on a number of previous occasions and he is, of course, one of the best strikers in the world when it comes to aerial power. So even if he does not score himself, his presence could be key for the team’s chances. While he has primarily served as a striker or as target-man in the penalty area, courtesy of his height, aerial prowess, and physical strength, Mandžukić’s work-rate, generosity, tactical intelligence, and versatility have been demonstrated by his willingness to play in many different positions across or behind the front line; throughout his career, he has also been deployed as a winger, as a second striker, as an attacking midfielder, or or even as a wing-back, positions which allow him the freedom to attack from deeper areas, support his more offensive teammates, and cover defensively for full-backs making overlapping attacking runs. Indeed, in particular since he joined Juventus, competition from other forwards has often seen Mandžukić being used in these deeper or wider, more creative roles under manager Massimiliano Allegri, in which he has excelled, drawing praise from the media for his consistently high-quality performances, because of his ability to hold up the ball with his back to goal and play off of his teammates, or drop into midfield to help win back the ball when his team are not in possession. In addition to his ability as a footballer, Mandžukić is also known for his determination, leadership, and mental strength.

Grosso Grosso2018-09-02T07:12:25+00:00
Page load link
This site uses cookie technology, including third parties' ones. If you want to know more click here. If you access any element of this site outside this banner, you consent to the use of cookies. Ok
Go to Top