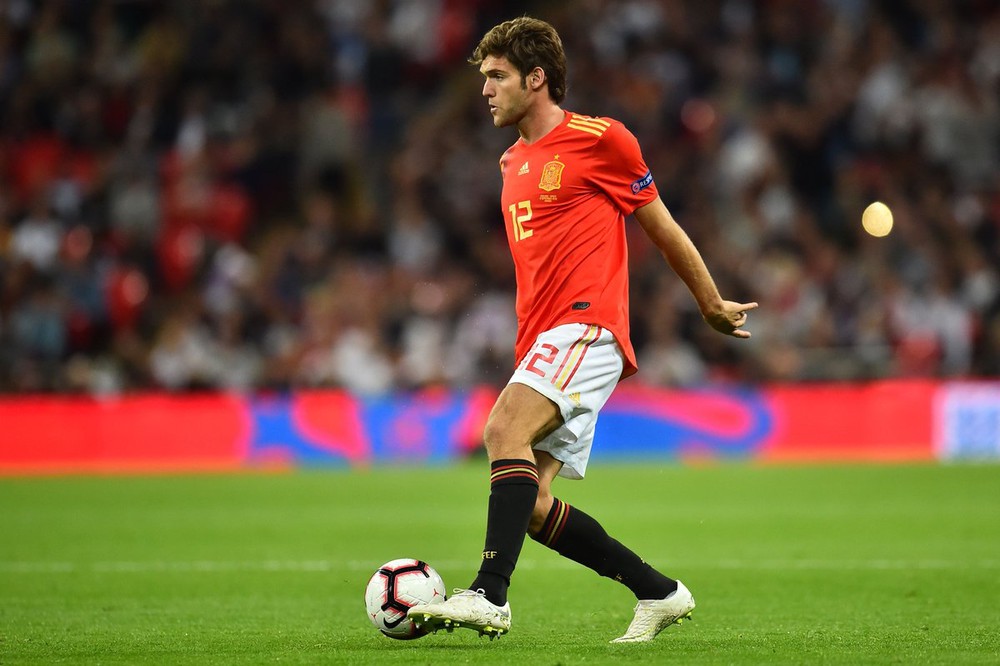 Marcos Alonso Mendoza is a Spanish professional footballer who plays as a left back or wing back for the Spain national team. Born in Madrid, Alonso joined Real Madrid’s youth academy as a child, going on to represent every youth side in the following years. In 2008, he reached Real Madrid Castilla which competed in Segunda División B, and first appeared for the reserve team on 22 February 2008, playing the entire match in a 0–1 home loss against AD Alcorcón. On 11 December 2009, Alonso was first summoned by the main squad – coached by Manuel Pellegrini – for a La Liga match at Valencia CF. Eventually, he did not make the final list of 18, and his debut arrived on 4 April of the following year as he came on as a substitute for Gonzalo Higuaín in the 90th minute of a 2–0 win away to Racing de Santander. Later he moved to Bolton Wanderers in England and later with Fiorentina in Italy. His success at the latter club led Chelsea to sign him for an estimated £24 million in 2016. Alonso made his full debut for Spain in March 2018. 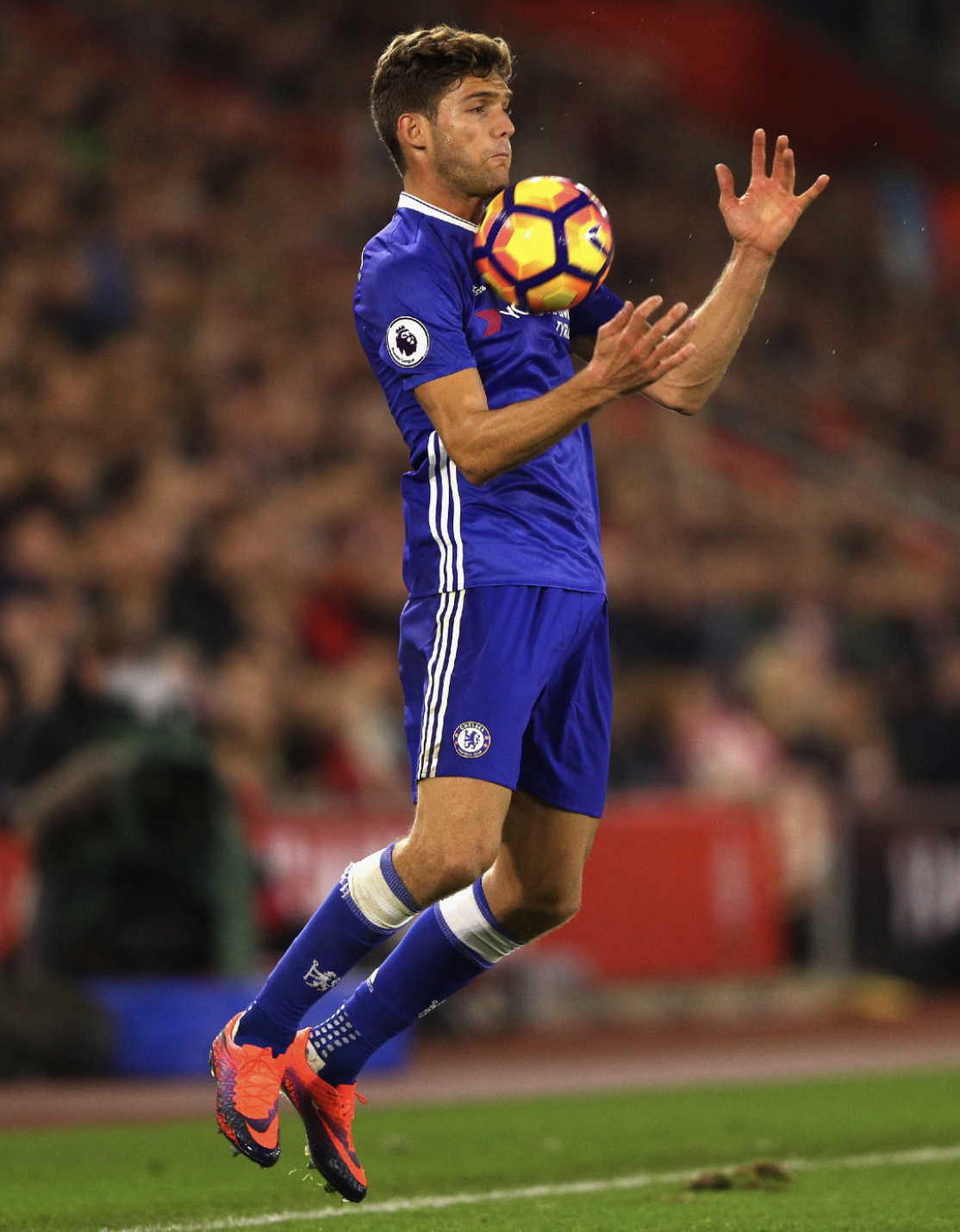 On 30 August 2016, after 85 appearances and five goals overall with Fiorentina, Alonso completed his move back to England after signing a five-year contract with Chelsea worth around £24 million. He made his debut on 20 September, playing the full 120 minutes in a 4–2 win away to Leicester City for the EFL Cup, and four days later he first appeared in the league in a 0–3 away defeat to Arsenal, coming off the bench for Cesc Fàbregas in the 55th minute. Alonso scored his first goal for the club on 5 November 2016, in a 5–0 victory over Everton at Stamford Bridge. He added two more at the King Power Stadium, in a 3–0 win against Leicester on 14 January 2017. In April 2018, Alonso came under extensive criticism for seemingly purposely digging the studs of his boots into Shane Long’s leg during a tackle in a league game against Southampton. He was not reprimanded in any way by referee Mike Dean – who came under similar criticism – but was later charged with violent conduct by The Football Association, and later issued a three-match ban. Alonso opened his goal account of the 2018–19 season on 18 August 2018, scoring the 3–2 winner in the 81st minute of the home fixture against Arsenal. Alonso scored the only goal against Newcastle United at home on 19 October 2019, giving Chelsea a narrow 1–0 win. It was his first goal of the 2019–20 season. 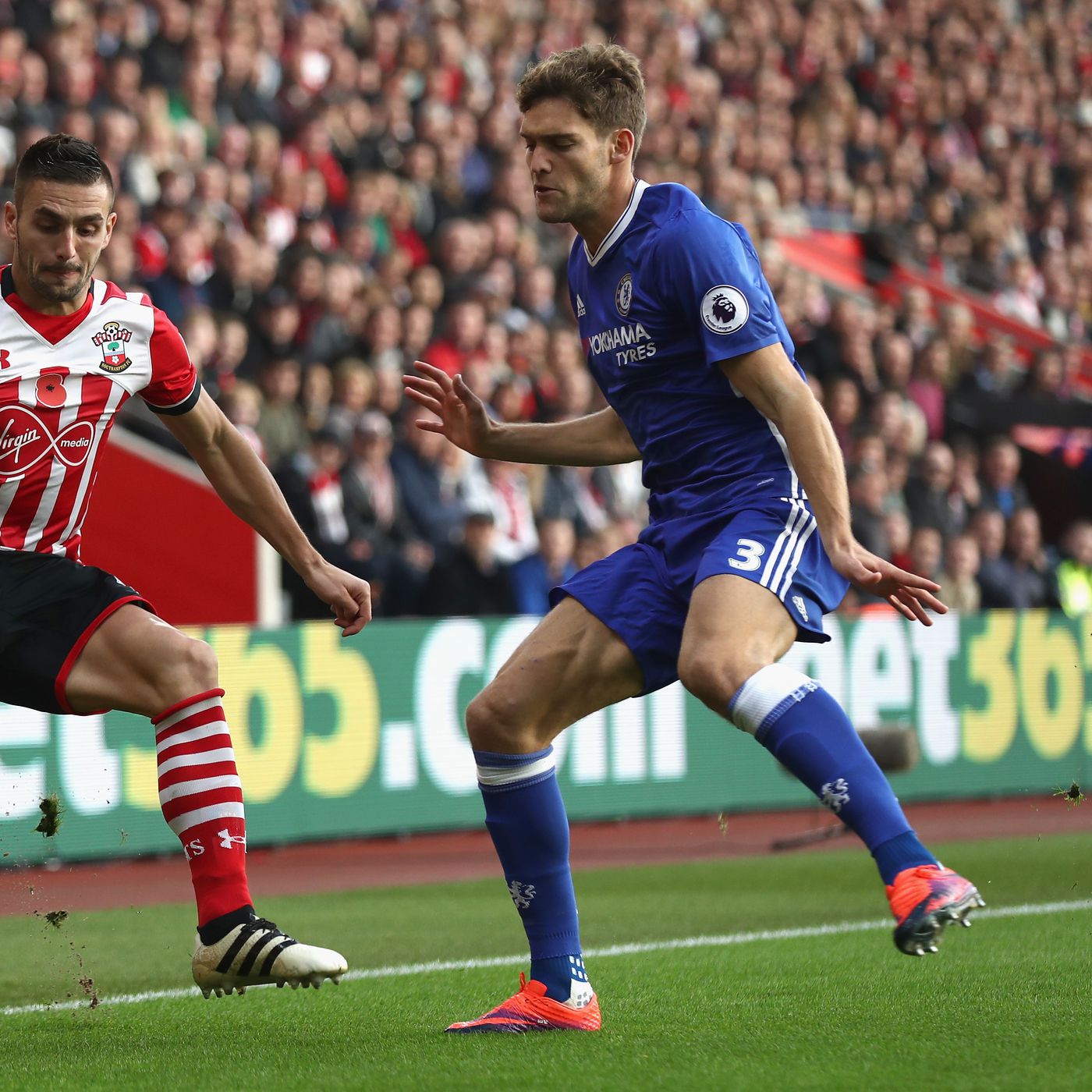 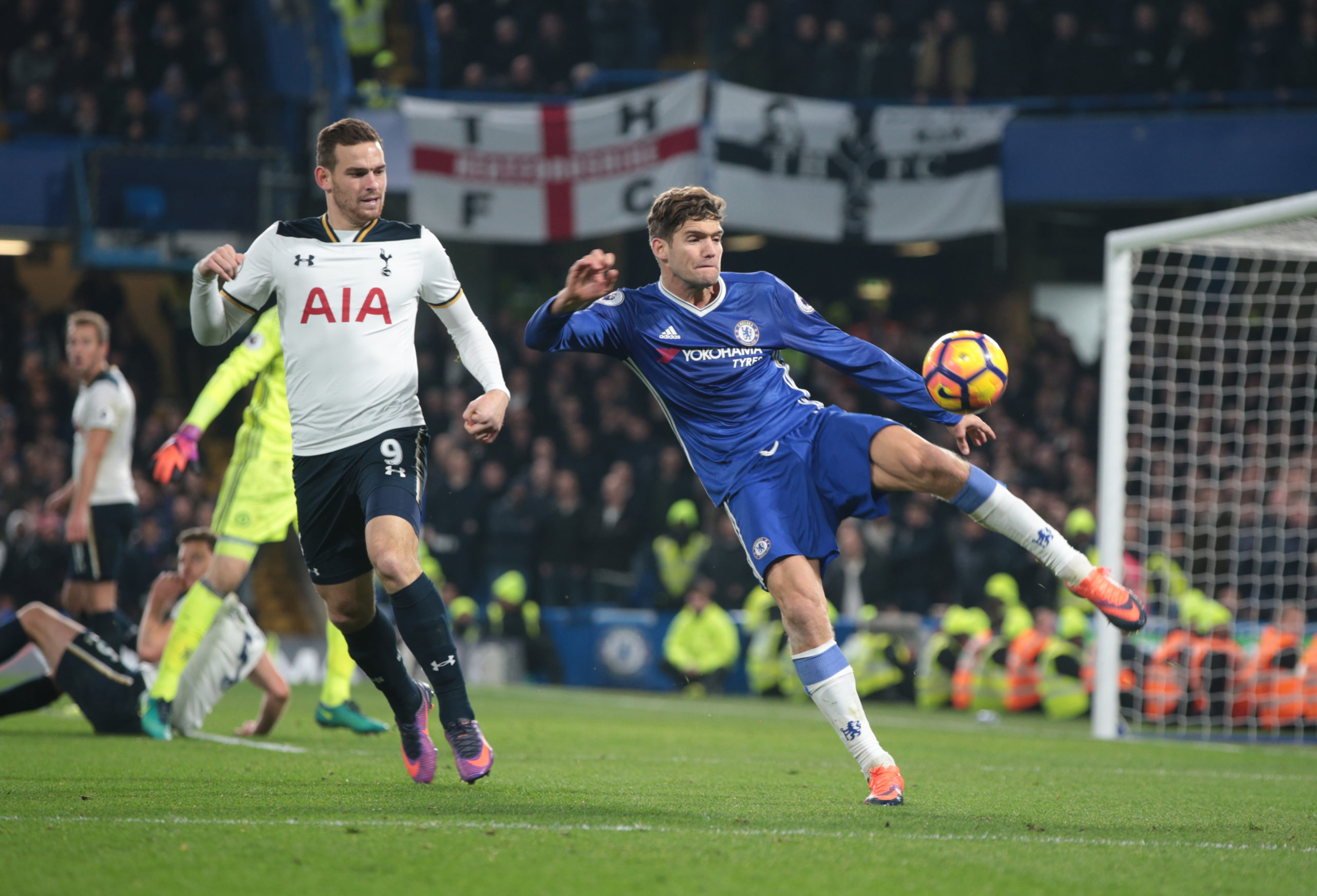 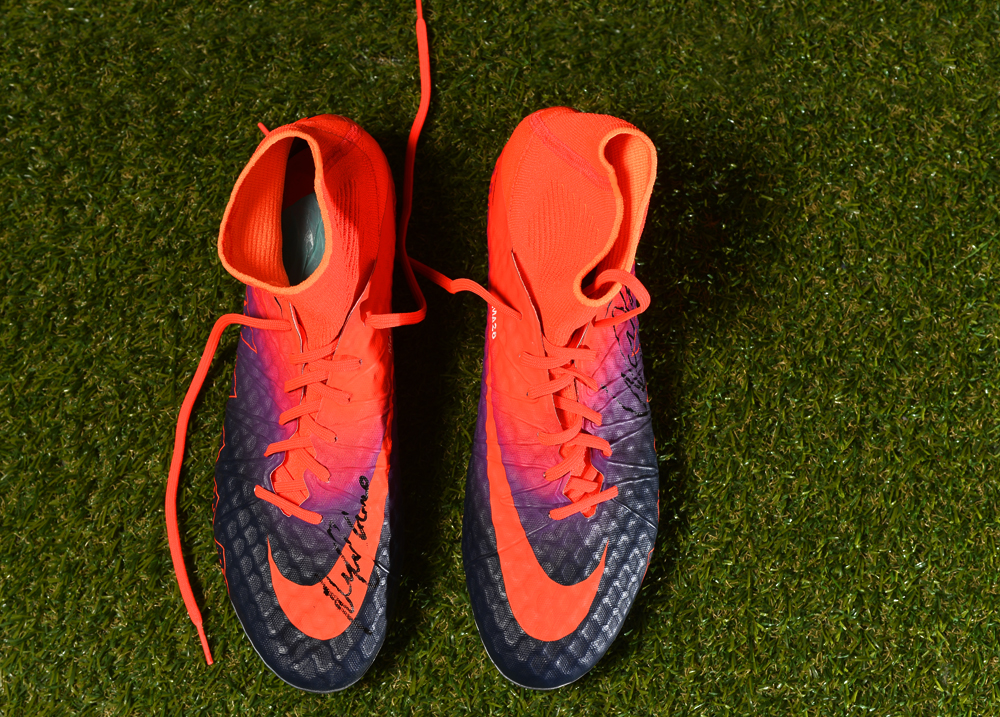 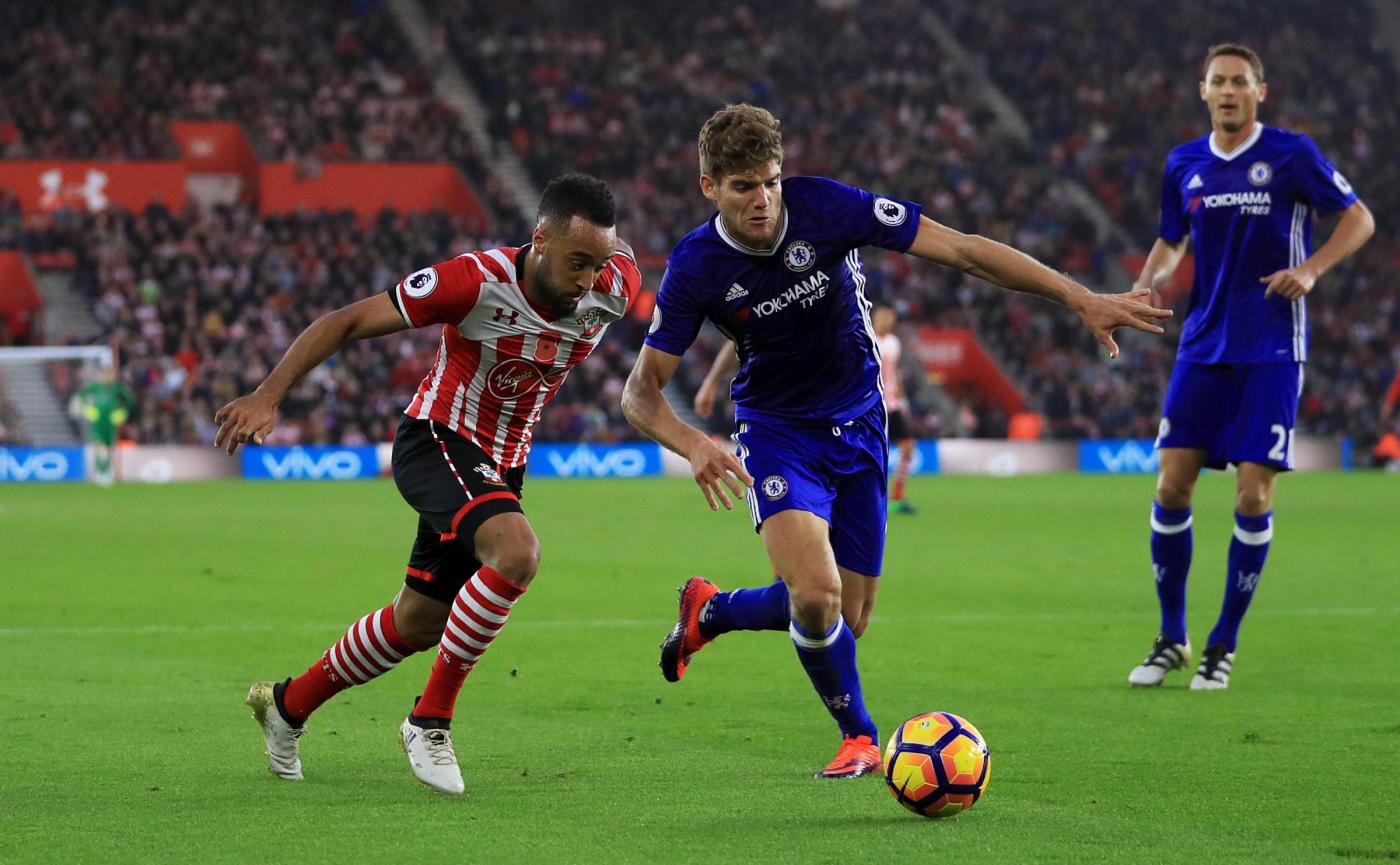 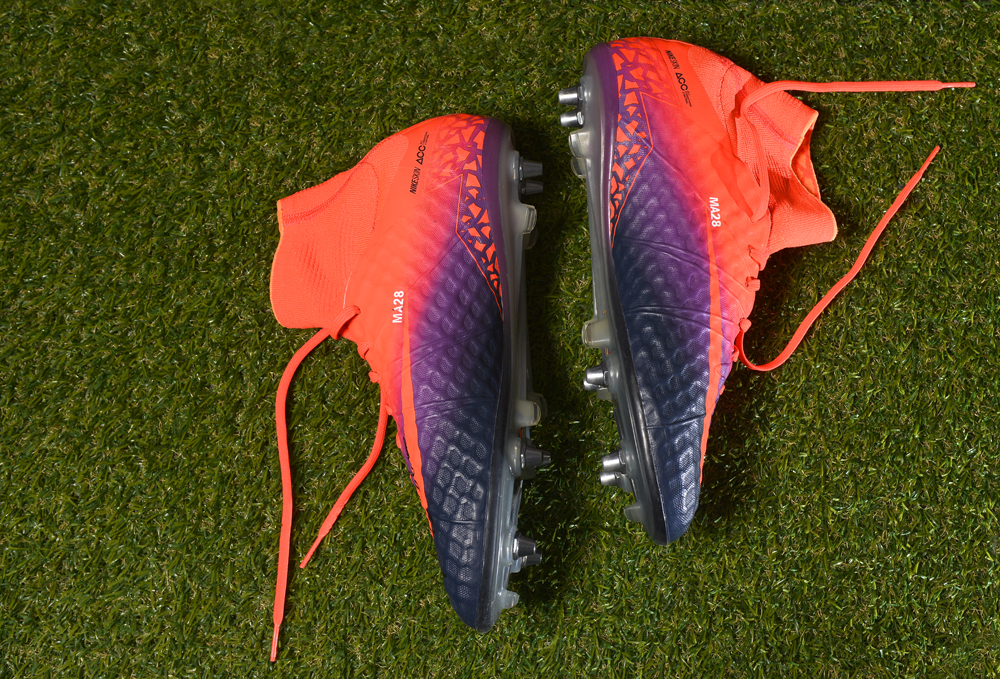 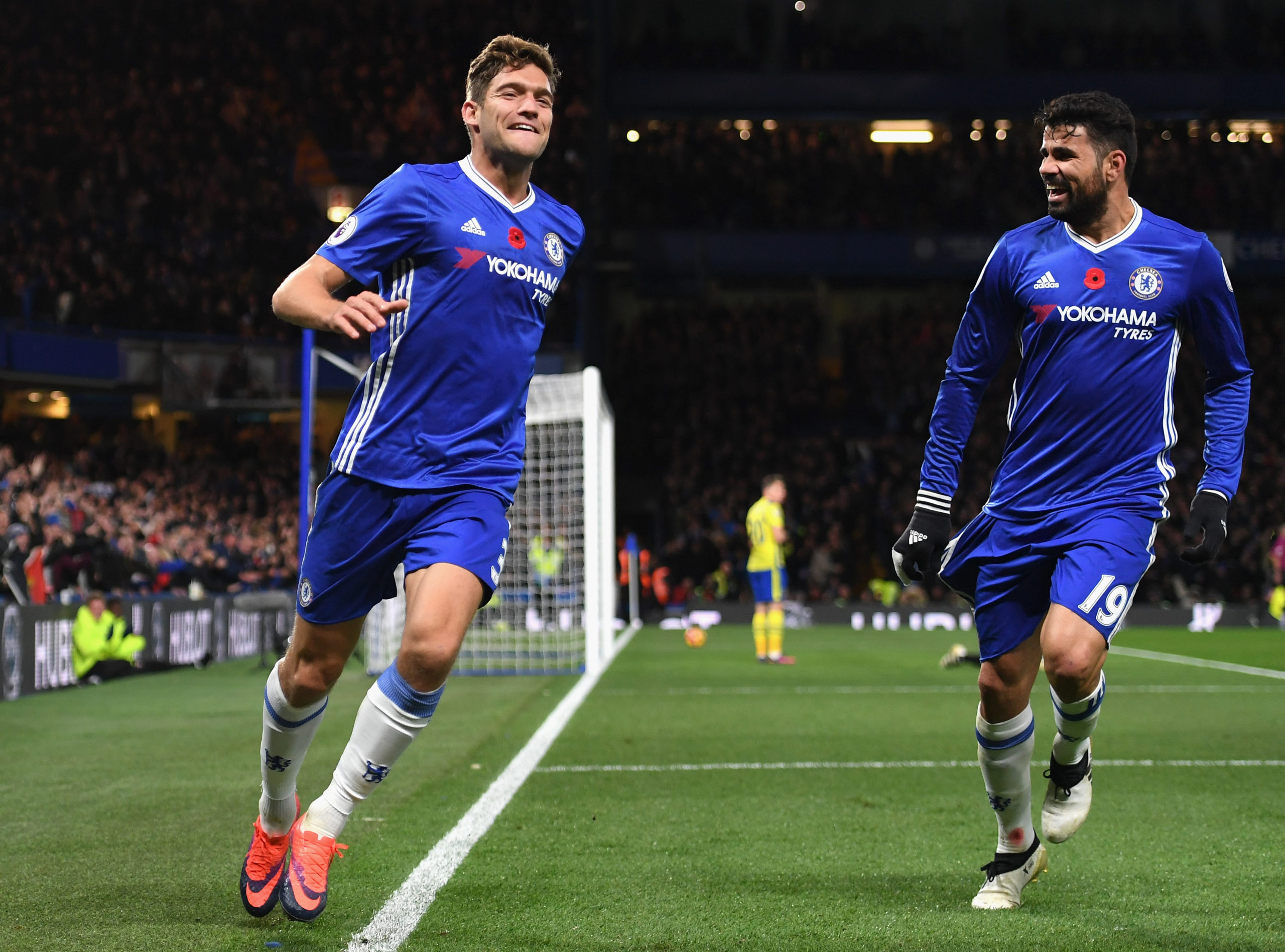 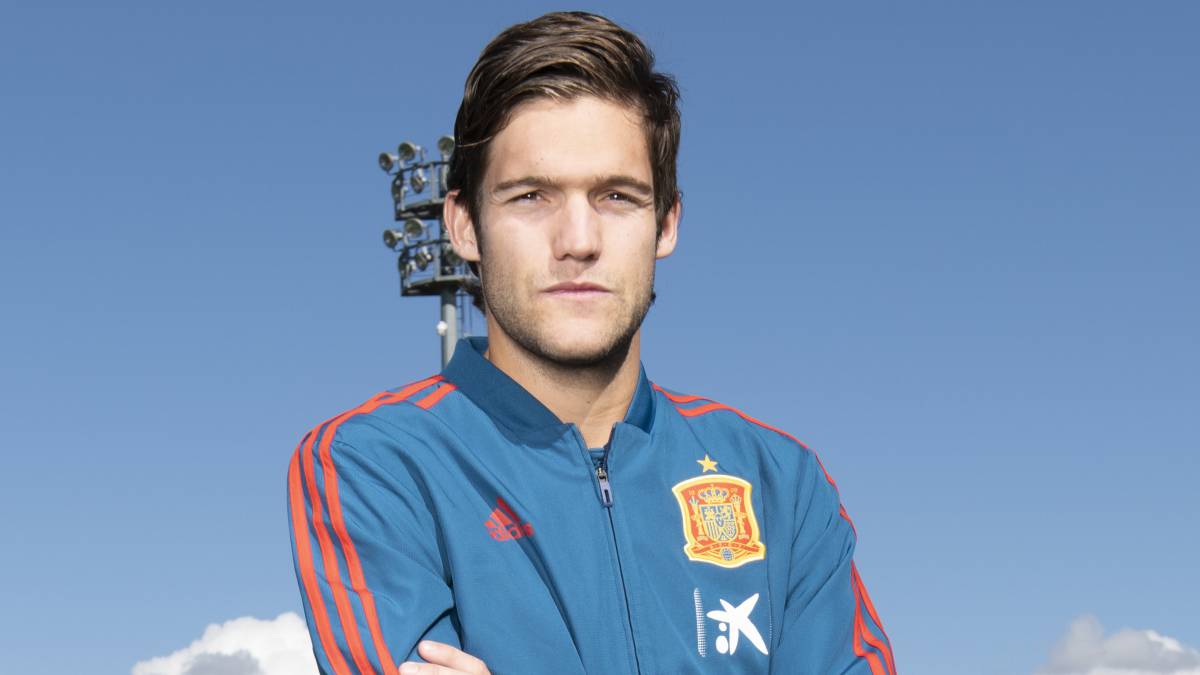 On 16 March 2018, Alonso received his first call-up for the Spain national team for friendlies against Germany and Argentina later that month. He debuted against the latter on the 27th in a 6–1 win at the Wanda Metropolitano where he replaced Jordi Alba with 11 minutes left, making the Alonso’s the inaugural Spanish family to have three generations of internationals and seventh worldwide. Alonso’s grandfather, Marcos Alonso Imaz, played with Real Madrid’s first team for eight years. His father, Marcos Alonso Peña, played several seasons in Spain’s top flight, most notably for Atlético Madrid and Barcelona, and both represented Spain at senior level. On 3 May 2011, Alonso was arrested following his involvement in a car accident in Madrid. He was the driver of a car that collided with a wall, killing one of the passengers, a 22-year-old woman, having been driving at 112.8 km/h (70 mph) in wet conditions in a 50 km/h (30 mph) zone, with a blood alcohol level of 0.93 mg per millilitre of blood. He faced 21 months in prison when sentenced in February 2016, but his punishment was changed to a €61,000 fine and a driving ban of three years and four months, which had already been spent.

Grosso Grosso2020-12-31T11:57:46+00:00
Page load link
This site uses cookie technology, including third parties' ones. If you want to know more click here. If you access any element of this site outside this banner, you consent to the use of cookies. Ok
Go to Top