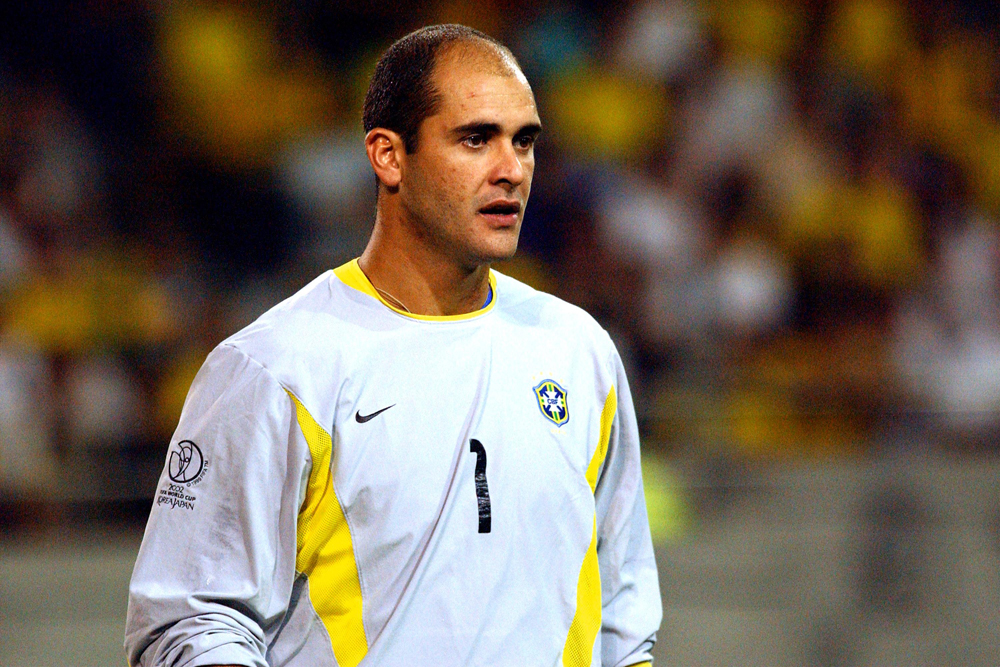 Marcos Roberto Silveira Reis, known as Marcos, is a Brazilian former professional footballer who played as a goalkeeper. He spent his entire professional career at Palmeiras, of the Série A, from 1992 until his retirement in January 2012, and became one of the club’s greatest idols, being nicknamed São Marcos (“Saint Mark” in Portuguese). He was the starting goalkeeper of the champion Brazilian squad of the 2002 FIFA World Cup. He is regarded by pundits as one of the greatest Brazilian goalkeepers of all time. Marcos is one of the greatest idols of Palmeiras’ fans, alongside Ademir da Guia and Djalma Santos. In 2002 after a fantastic World Cup participation with Brazil’s team he received a proposal from the English team Arsenal and actually went to London to sign but then disappeared leaving Arsenal and fellow Brazilian player, Edu, wondering where he had gone, therefore the deal never happened. When he eventually surfaced he stated that he would rather play the Campeonato Brasileiro Série B (second division) with Palmeiras than play in any European team just for the money. 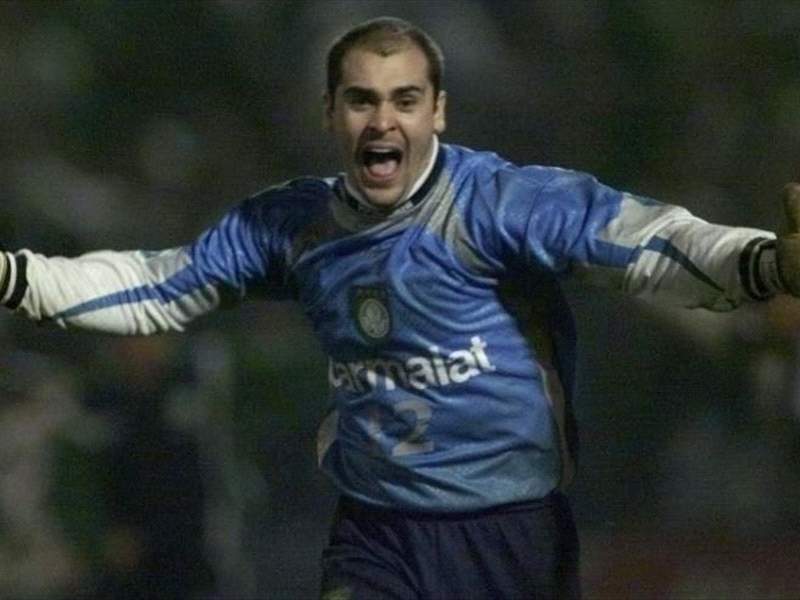 This shirt was worn by Marcos during the season 1994. The shirt was given by him to Claudio Taffarel who later gave it to a Reggiana team mate of him whom we got it from. This style of shirt was used by the team in two following seasons. Indeed it was also used by the goalkeepers during the 1993 winning season, when the team won the Brazilian Championship after 20 years. This style of shirt was also worn when the team lifted the Championship’s cup. The 1994 style has an extra badge on sleeve representing the 1993 winning title. Palmeiras found itself in a sixteen-year hiatus without any significant trophies until 1992, when the club signed a sponsorship deal with Italian dairy giant Parmalat. The deal lasted for eight years and quickly turned Palmeiras into Brazil’s richest club. In the 1990s, Palmeiras enjoyed countless achievements, winning numerous important titles. In the first full year of the relationship with Parmalat, the team won em 1993 the Campeonato Paulista in 1993, beating its biggest rival Corinthians in the final, under the command of coach Vanderlei Luxemburgo and with high quality players. Evair, Zinho, Edmundo, César Sampaio, Mazinho, Antônio Carlos and Edílson were the main names of the team. That same year, it also captured the Rio-São Paulo Championship as well as the Campeonato Brasileiro. The next year, it achieved the unprecedented feat of becoming two-time State Champion and two-time Brazilian Champion. Marcos signed for Palmeiras in 1992 and he was the first goalkeeper since 1999 after an injury of Velloso, the first-choice goalkeeper at the time. With outstanding performances in the 1999 Copa Libertadores he helped the team conquer the title, after beating Palmeiras’ arch rivals Corinthians in the penalty shoot-outs in the quarter-final. Since then he was nicknamed São Marcos. In 2000 once again he faced Corinthians in the Libertadores, this time at the semi-final level, and again eliminated the rivals in the penalty shoot-out. In 2008, he helped Palmeiras win the 2008 Campeonato Paulista. Marcos played his 400th match for Palmeiras on 21 September 2008 in a Campeonato Brasileiro Série A match between his club and Vasco. He was given a special shirt for playing his 400th match. The number 400 was printed on the back, with his name and the writings “O melhor goleiro do Brasil” (The best goalkeeper in Brazil). On the front, all the titles that he has won along with Palmeiras and Brazil’s national team are printed. Marcos playing for Palmeiras in 2010. On 4 January 2012, at the age of 38, Marcos announced his retirement from football, due to his advanced age and the many injuries that marked his career. 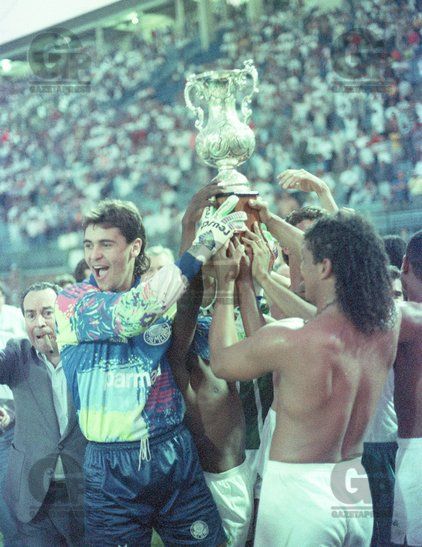 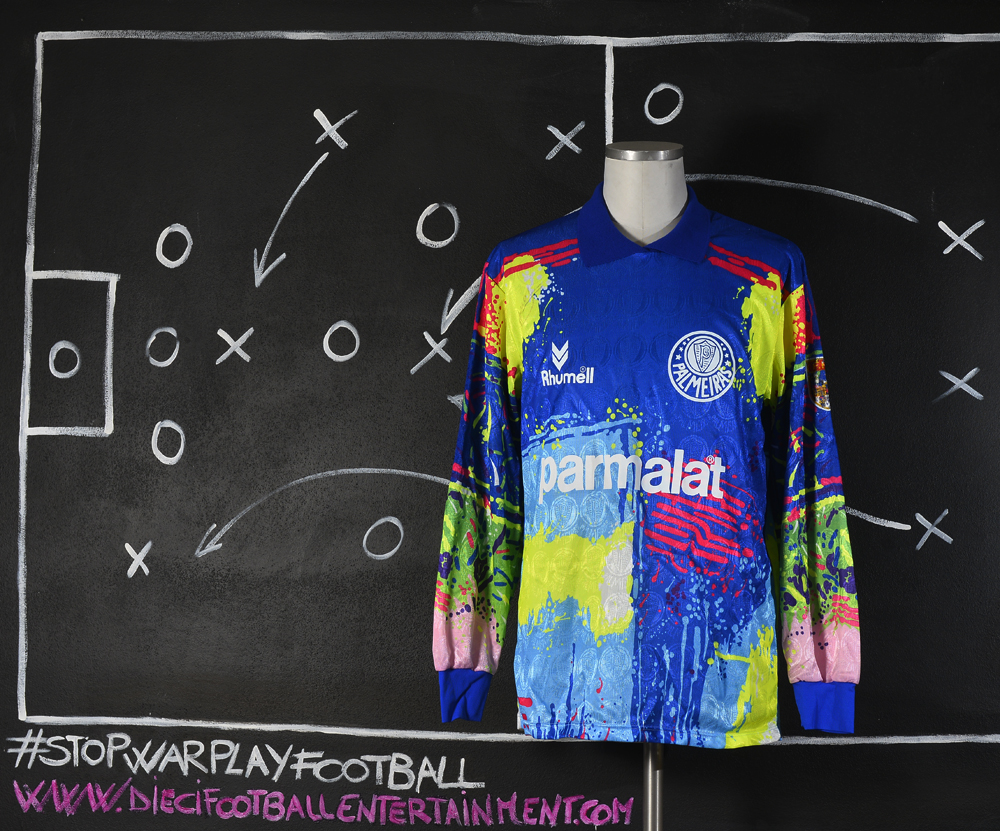 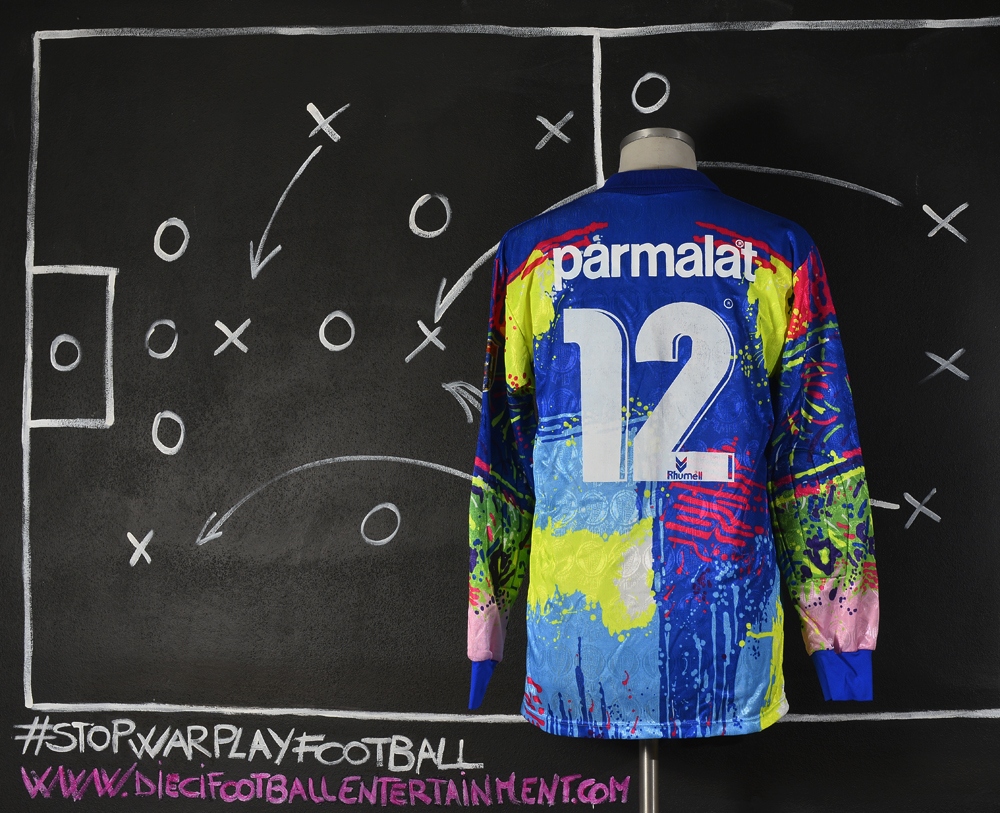 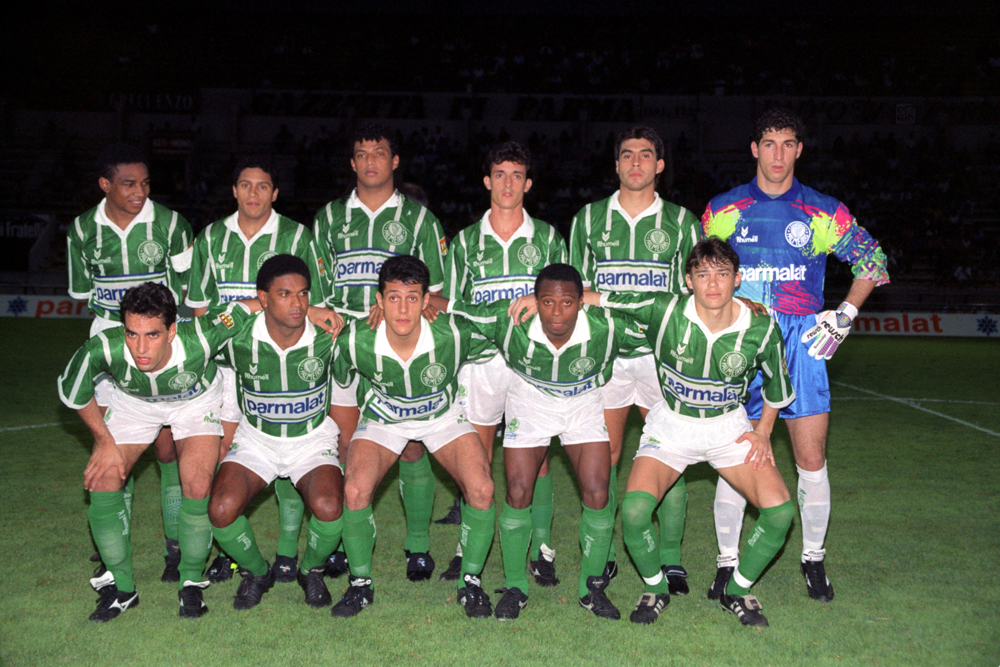 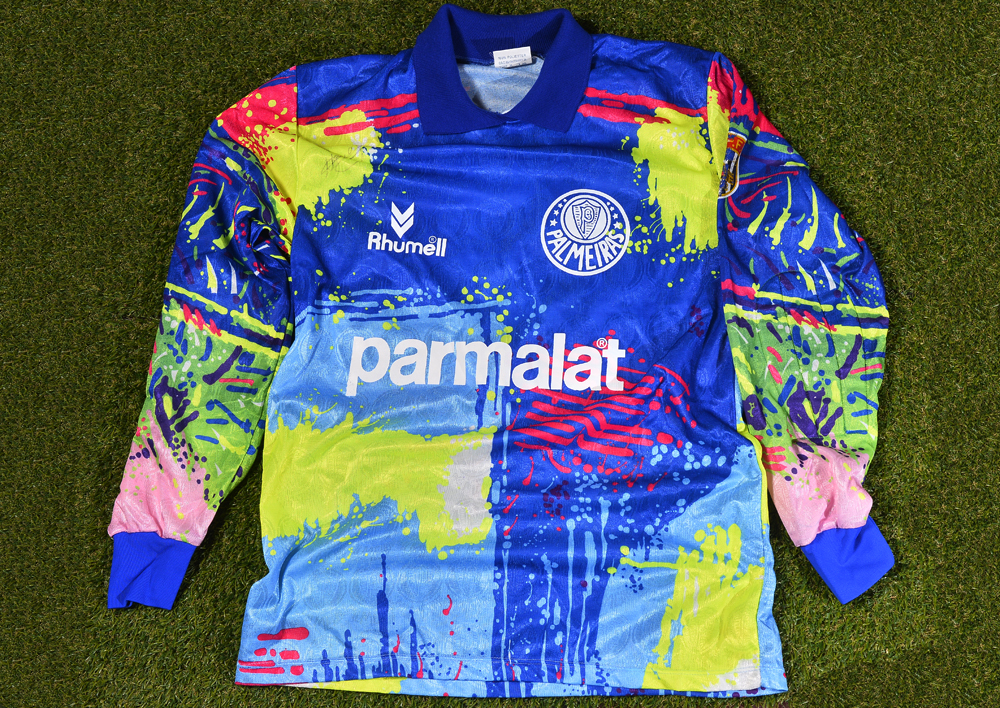 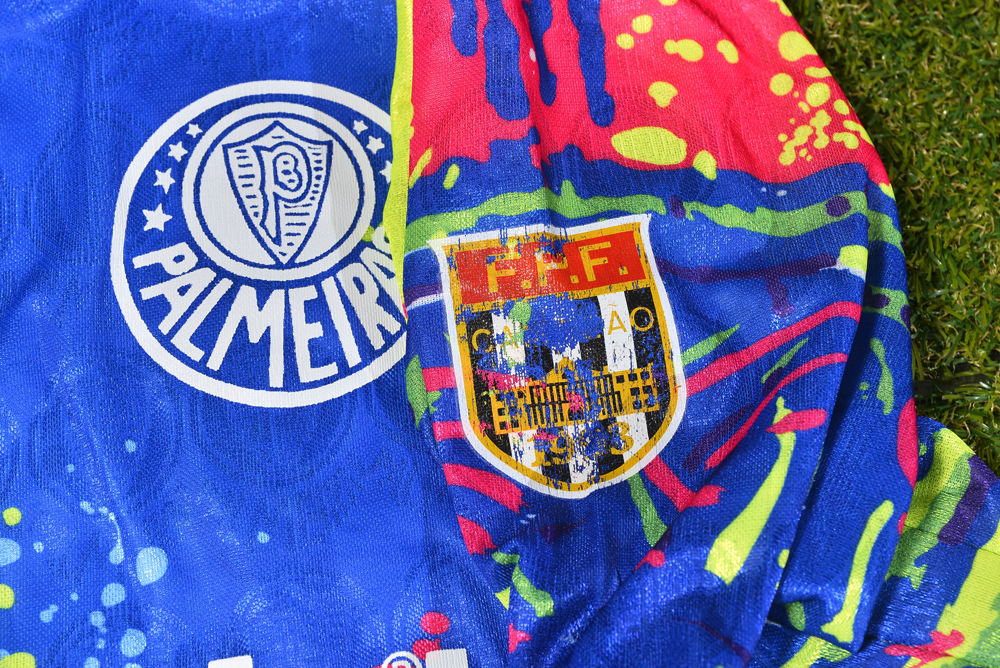 Marcos debuted for Brazil in a match against Spain on 13 November 1999. Previously, he was included in Brazil’s squad for the 1999 Copa América and the 1999 FIFA Confederations Cup as a second-choice goalkeeper. He remained as Brazil’s backup goalkeeper as Dida and Rogério Ceni were preferred ahead of him. He became Brazil’s starting goalkeeper in the 2001 Copa América and retained that position after the tournament, relegating Dida to the bench. He was subsequently included in Brazil’s squad for 2002 FIFA World Cup as the first-choice goalkeeper, replacing Taffarel. He started every game in the tournament and played every minute of Brazil’s matches in the tournament. He had four clean sheets, conceded only four goals in seven matches, and was elected the third-best goalkeeper in the tournament, as Brazil won the World Cup for the record fifth time. Simon Kuper and Stefan Szymanski reported in their book Soccernomics that Marcos spent the entire tournament in severe pain from a prior broken wrist injury that did not properly heal, unable to train fully or even catch the ball in some matches. According to Marcos’ agent, Marcos hid the injury from manager Luiz Felipe Scolari through the tournament. However, after a series of injuries that affected his career, Marcos lost his place in the team after the World Cup. He made only four more international appearances after the World Cup, and was left out of Brazil’s squad for the 2003 FIFA Confederations Cup and the 2004 Copa América. In 2005, he was called again and included in the squad for the 2005 FIFA Confederations Cup. He made one appearance in the tournament, starting in a 2–2 draw against Japan during the group stage, which turned out to be his last appearance for Brazil. On 6 October 2005, Marcos announced his retirement from international football, but continued to play for Palmeiras, the only team he has played for in his career. However he would later go back on his decision to retire from the national team, and announced himself as still available for callups. He was placed on standby lists for the 2006 FIFA World Cup and the 2007 Copa América, but did not manage to get a place in the final list of neither competitions. Marcos got specially upset with missing the World Cup in Germany, as he was still recovering from an injury. 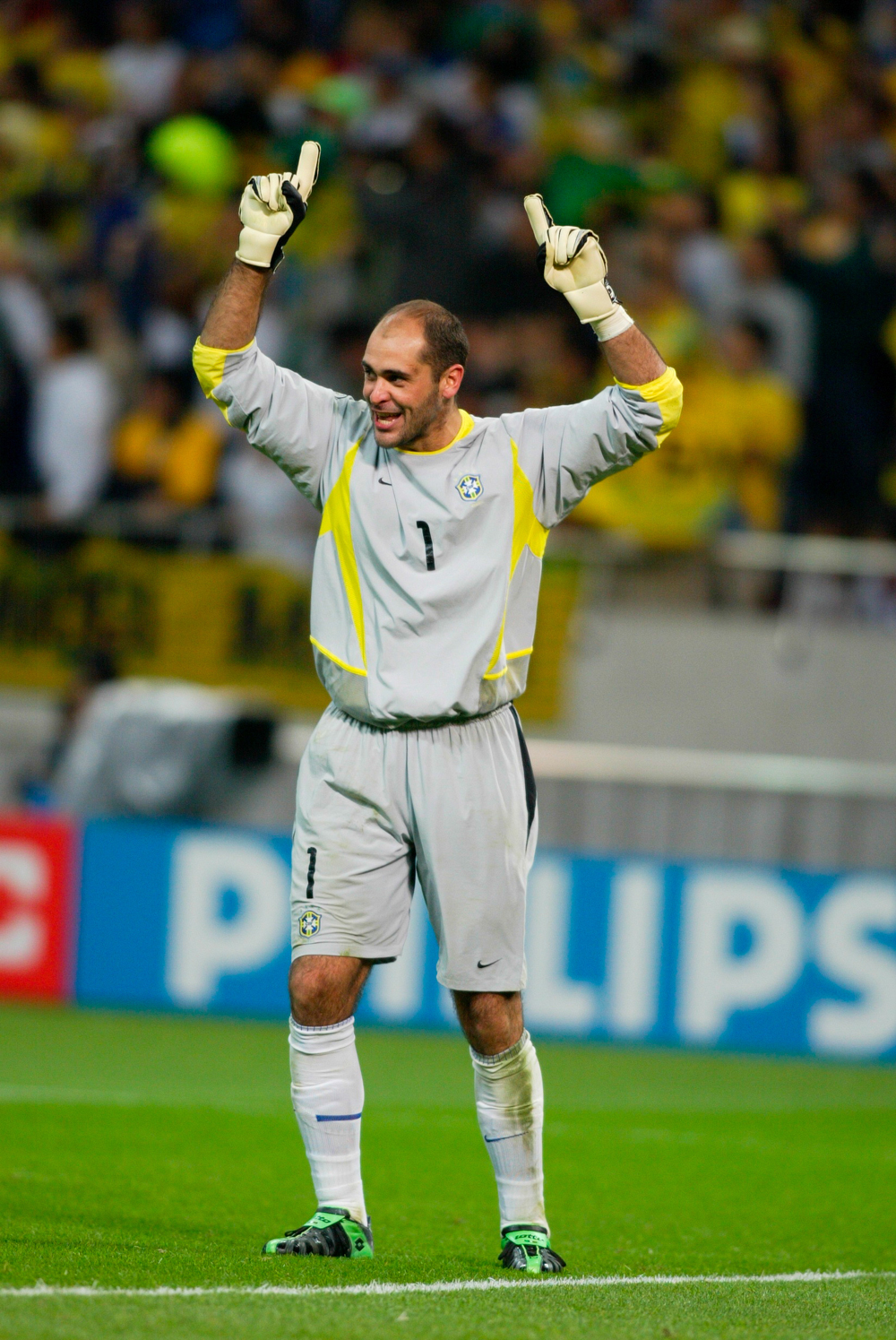 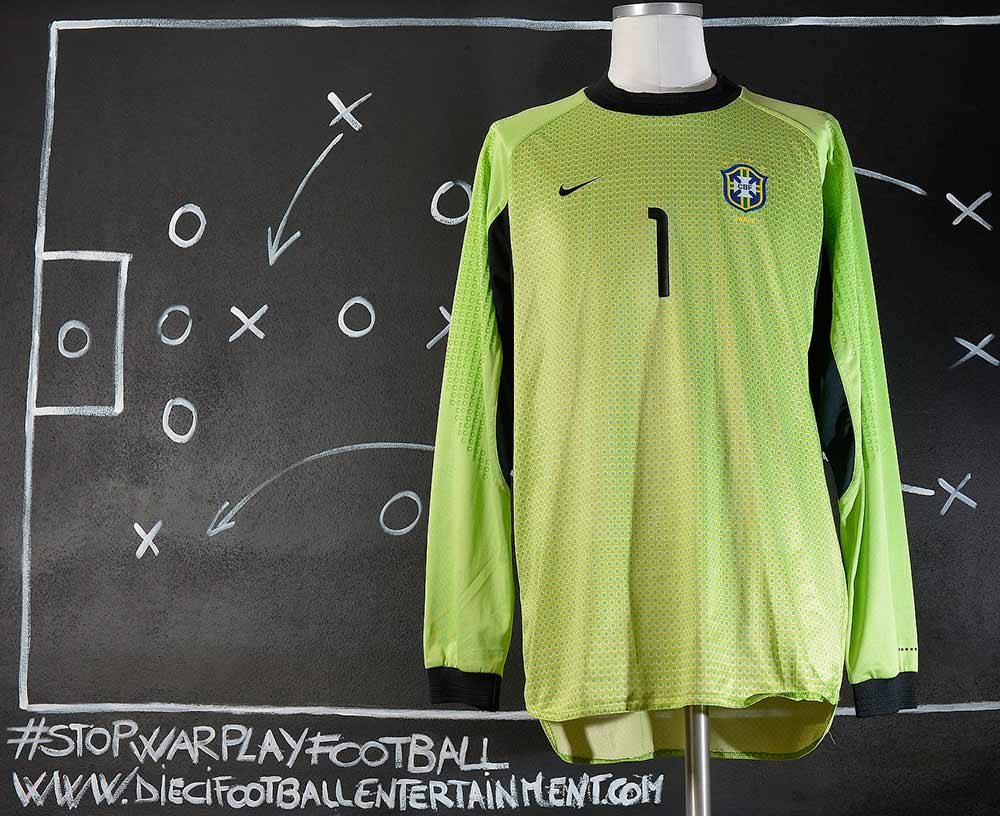 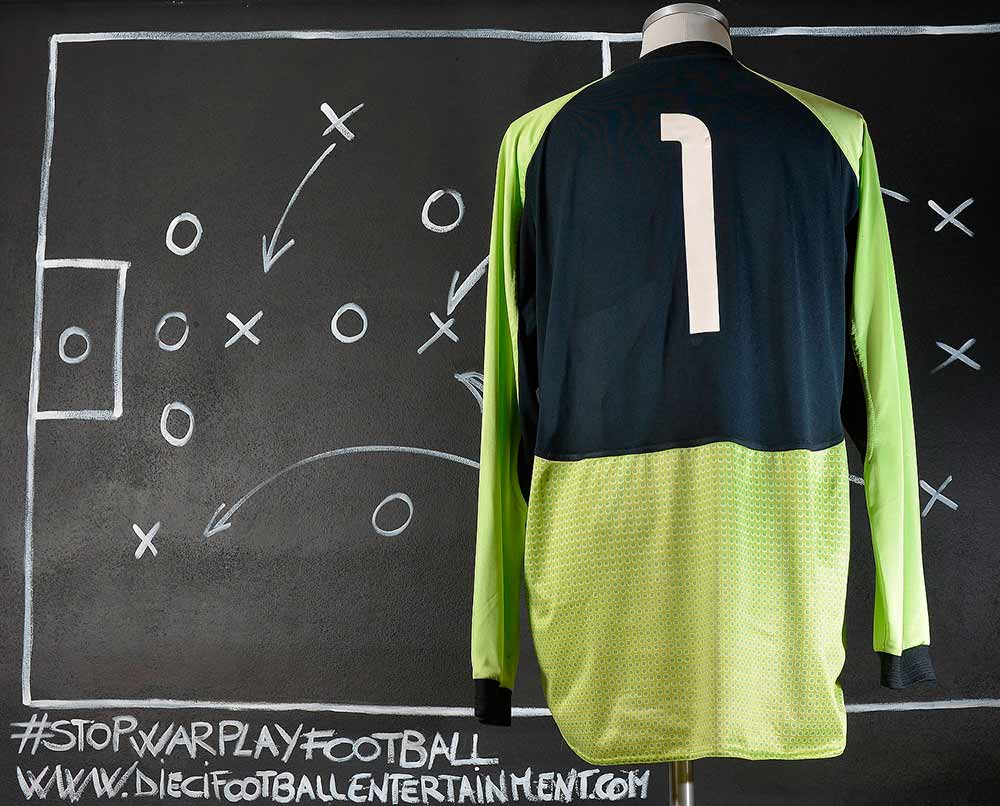 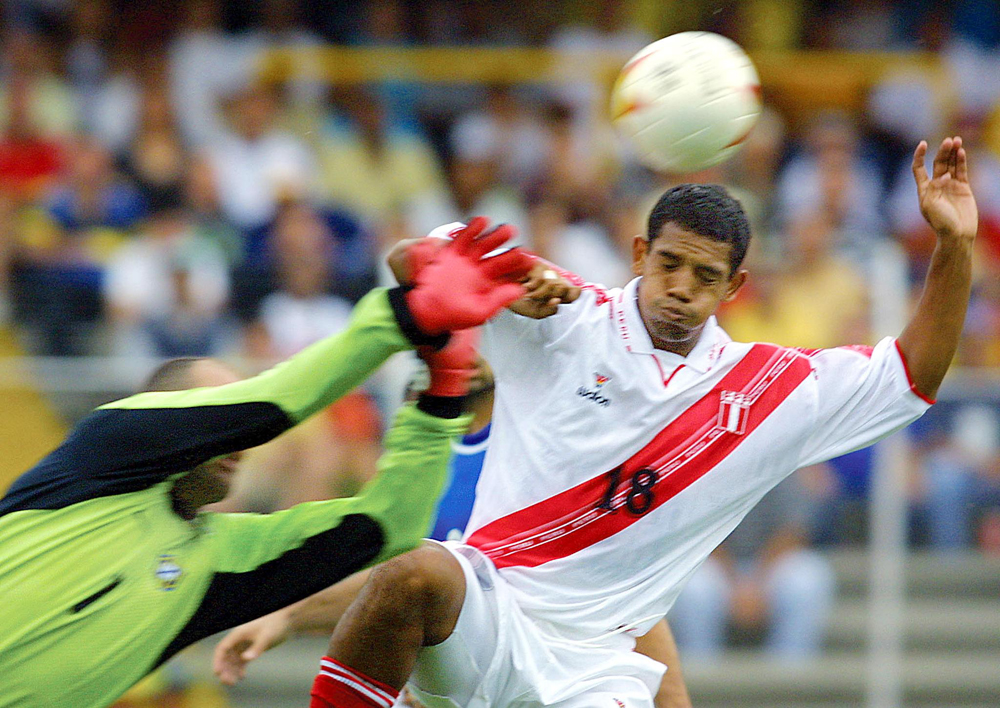 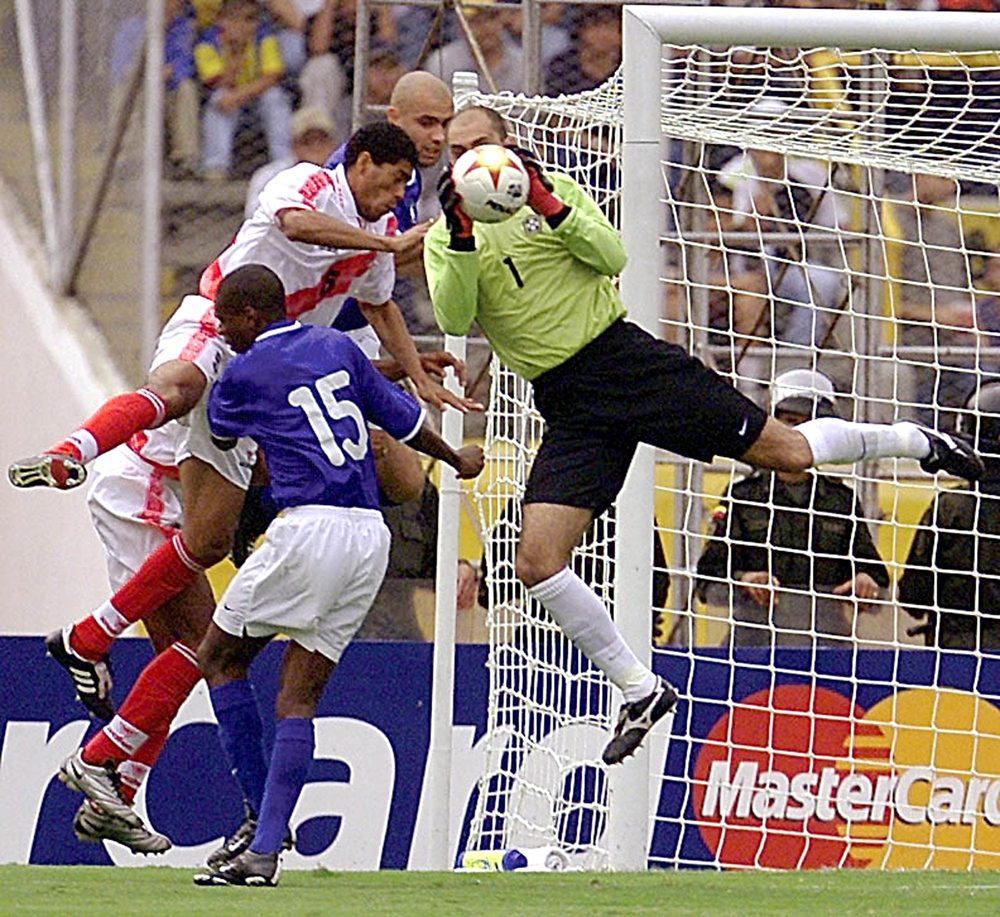 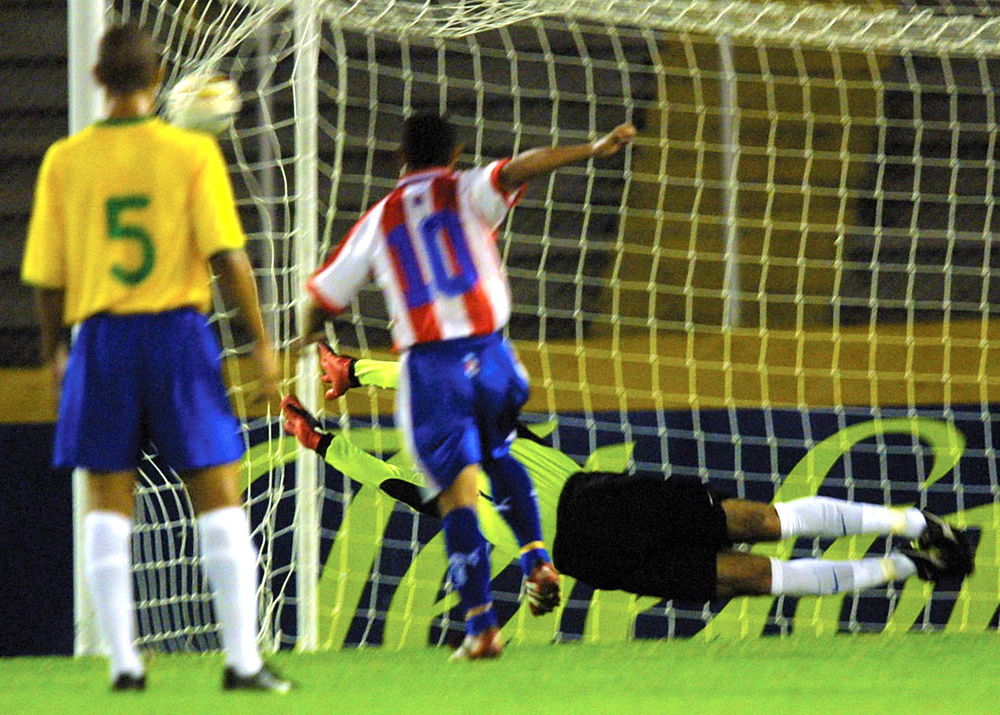 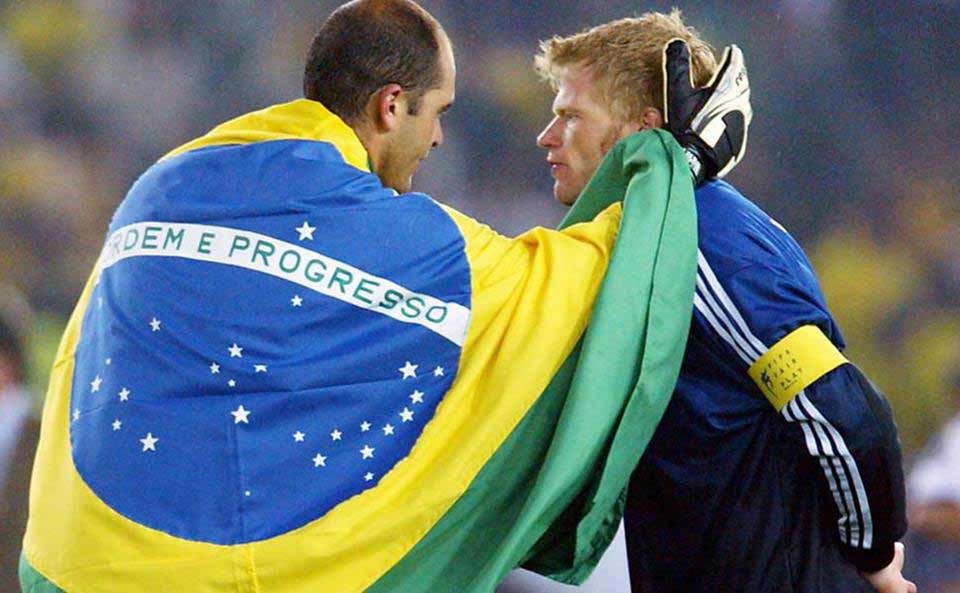 Grosso Grosso2021-04-29T15:55:57+00:00
Page load link
This site uses cookie technology, including third parties' ones. If you want to know more click here. If you access any element of this site outside this banner, you consent to the use of cookies. Ok
Go to Top